First, I would like to apologize for the delay in getting this information out to my readers and followers. I have been traveling for the past 3 weeks and was unable to get this new vegan Antonio Tres Leches Cupcake, created for Hispanic and Latin American Heritage Month from September 15 – October 15th. I obtained the cupcake yesterday and the people there knew that the white chocolate disc was not plant-based. I needed to find out more about the sprinkles, to see if they had confectioner’s glaze in them, which no one knew, so we returned today to get more info. 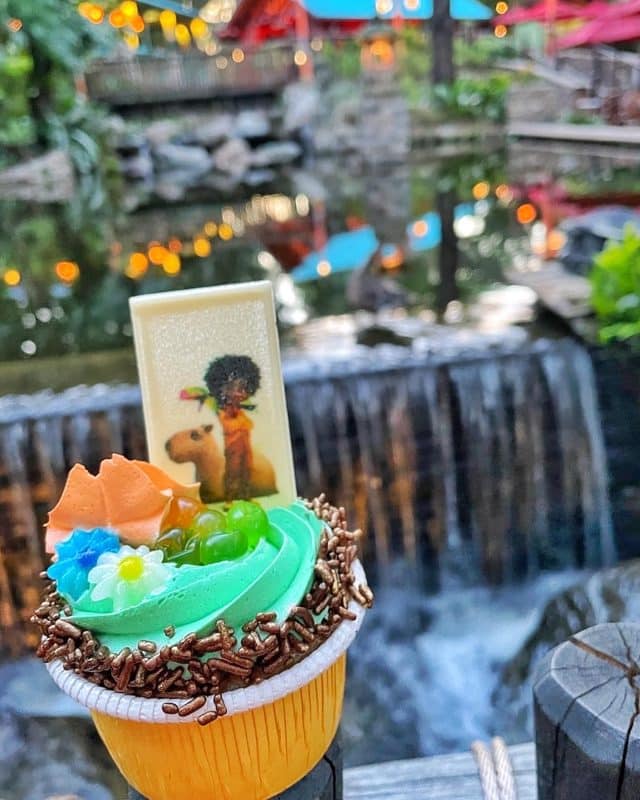 The cupcake is listed directly from Disney as:

After the success of the Vegan Tres Leches cake offered at the EPCOT International Flower & Garden Festival, we were excited. But today we went back to get additional information. It really bothered me that the whole disc that made it “themed” wasn’t even plant-based, even though Disney was promoting it as plant-based. It took a long time to find anyone that could locate the ingredients for the sprinkles. They finally did find them, and yes, they contain confectioner’s glaze. So those are not vegan.

In addition, we wanted to confirm the ingredients for the white chocolate decoration. In doing so, we discovered that not only is the white chocolate not vegan because it contains straight up dairy milk, but the flower decorations are also made from egg white powder! So they not only aren’t plant-based, but contain eggs, which is an allergen! 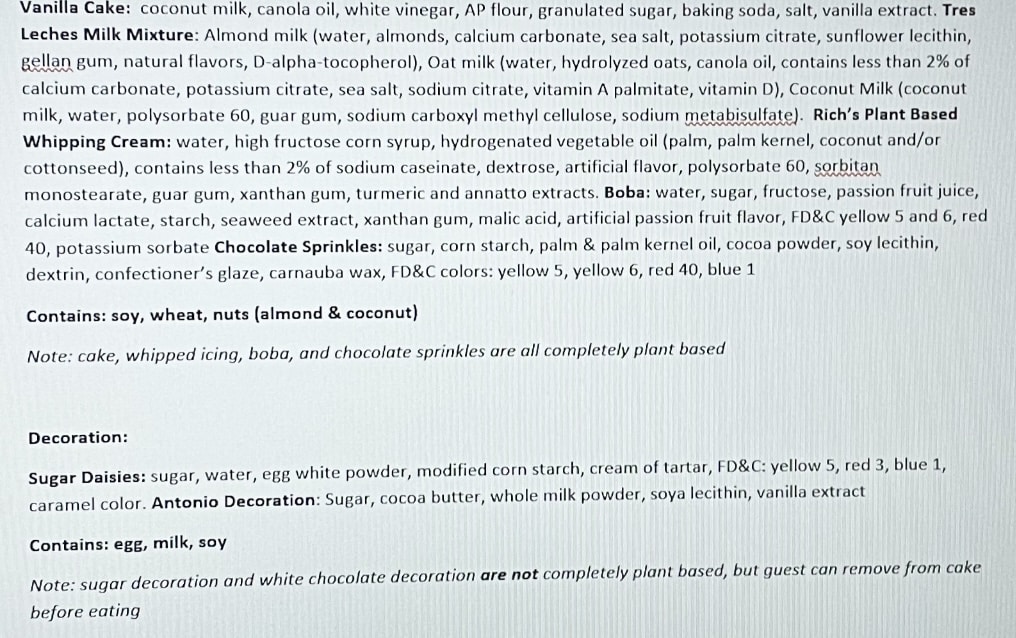 The only decoration on the cupcake that is plant-based is the boba.

In a photo we were shown of an email with the ingredients for the cupcake, it clearly states at the bottom of that email, “Note: sugar decoration and white chocolate decoration are not completely plant based, but guest can remove from cake before eating.” Well, actually, they are not plant-based in any way, and the flower decorations are an allergen. This is not okay.

The sprinkles weren’t even addressed at all, showing that Disney really has no idea what ingredients are or are not plant-based and it is extrememely frustrating and disappointing. And are we supposed to order a plant-based labeled item, and then pick off ALL of the decorations, including the sprinkles all over the edge? 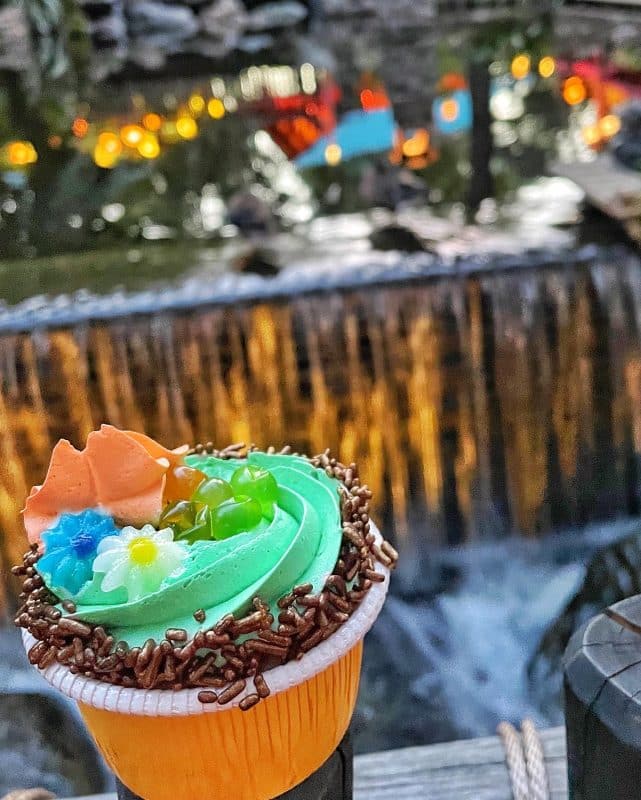 Disney Culinary, I am offering my services if you need someone to check on ingredients or offer alternatives to use in baking. I encourage you to check out local bakeries like Valhalla and their sister shop, Valkyrie donuts, or just google to find SO many vegan options for baked goods. PLEASE do better.

I know the “solution” to this will now be to remove the plant-based label, as happened with the Engagement Ring Cake which contained cochineal, but that doesn’t solve anything or address the thousands of vegans and those with food allergies wanting to enjoy treats and baked goods like everyone else at Disney Parks and Resorts.

I do my best to ensure everything we share is properly researched and ingredients checked. But I shouldn’t HAVE to do that if Disney is calling something plant-based and using the logo, it should be plant-based, period. And Disney should know what that means – or their culinary team should at the very least. I apologize on behalf of Disney for anyone that ingested this cupcake without realizing it was not plant-based.

2 replies on “Antonio’s Tres Leches Cup Cake: Yet Another NOT Vegan “Plant-Based” Offering from Disney”