Skipper Canteen (or Jungle Navigation Co. LTD Skipper Canteen as is its full name) is one of the best spots on property to enjoy multiple vegan options including this new Carrot Ginger Soup! We previously shared the Lost and Found Soup when it was a brand new menu item back in February of 2021. It is listed as the “Chef’s Seasonal Soup” but for the longest time it remained the Chickpea soup that we tried, no matter the season. That recently changed when they updated the offering to a Carrot Ginger soup, and kept it plant-based. Of course, we had to try it out on our recent visit. 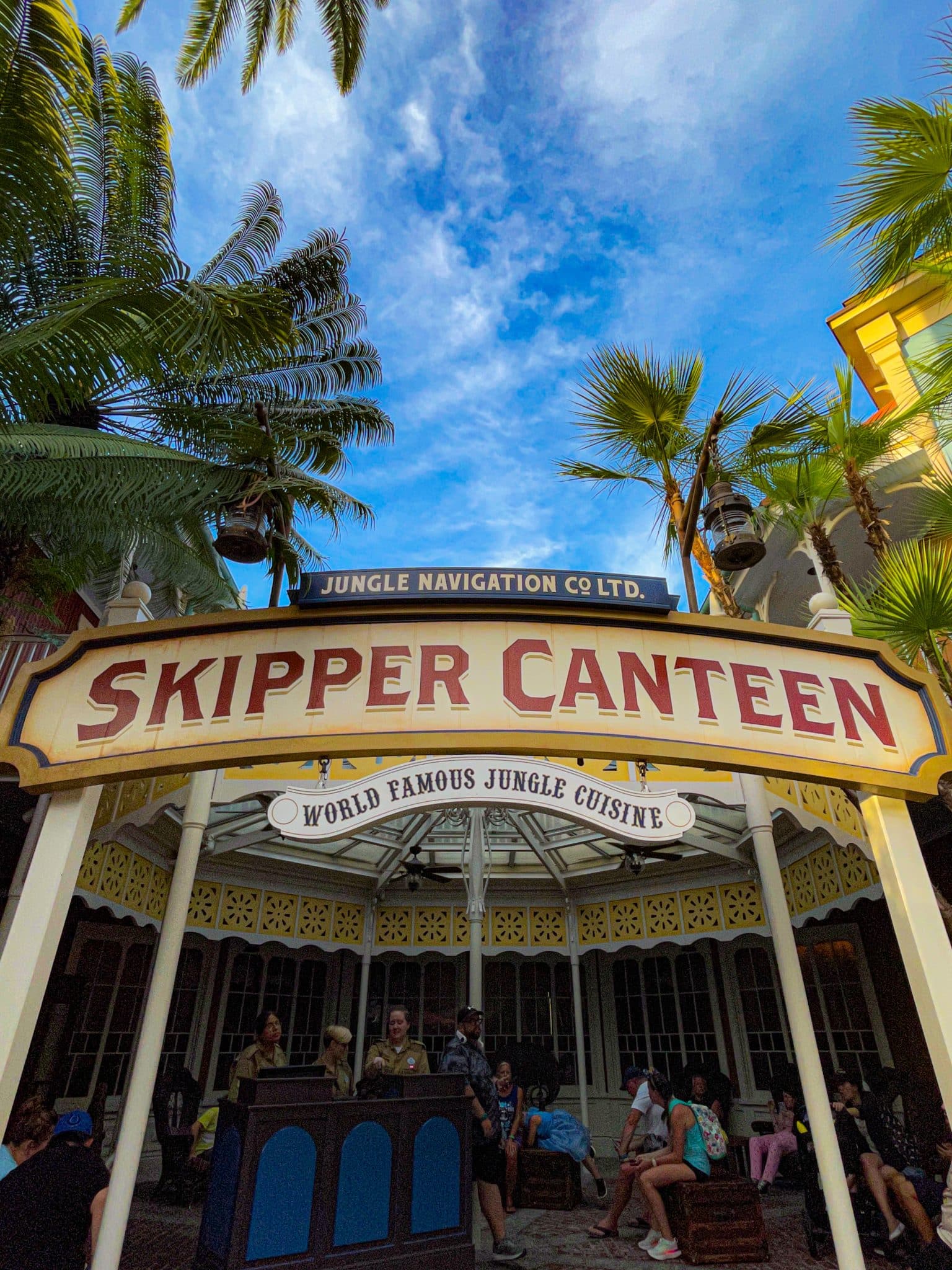 The Carrot Ginger Lost and Found Soup – $9 is velvety smooth and has a nice amount of cinnamon to really make it taste like Fall in a bowl. Even in the heat of a Florida summer, once you’re inside the confines of the Skipper Canteen, it doesn’t seem out of place at all. It doesn’t taste cinnamon like a cinnabun flavor, but the kind of cinnamon with a little kick to it. I’m sure there’s some cardamom in there too. Whatever they add to it, it’s a great option before your entrees! It is topped with chopped peanuts and cilantro, so those with allergies take note. 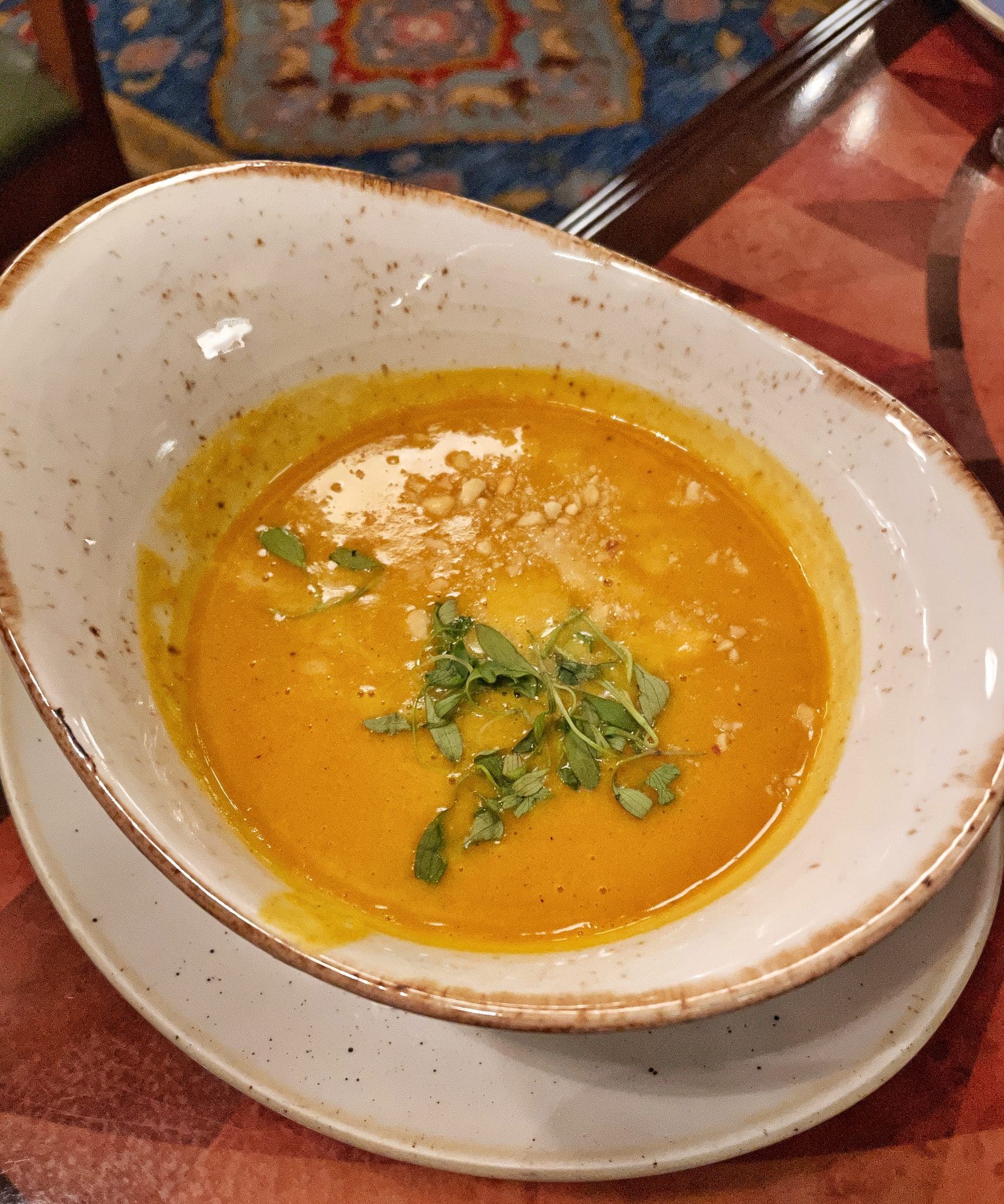 We’re sharing the other new menu item recently added – Dan Dan Noodles which can be modified to be vegan, so be sure to check out that review as well! Also don’t forget the Falls Family Falafel which is a must-get!

Have you been to Skipper Canteen and tried this vegan Carrot Ginger soup? What’s your favorite thing to order in this ultra-themed table service restaurant in the Magic Kingdom?