A little over a year ago, a new flavor combination appeared on the Magic Kingdom horizon…the Cherry and Pistachio float, which came with chocolate soda and a cherry and pistachio twist on top. It has now reappeared as the Cherry Dole Whip Coke Float (or soda of your choice). Well if you’re reading this post on VeganDisneyFood, you know it must be true, the Cherry Dole Whip is vegan! 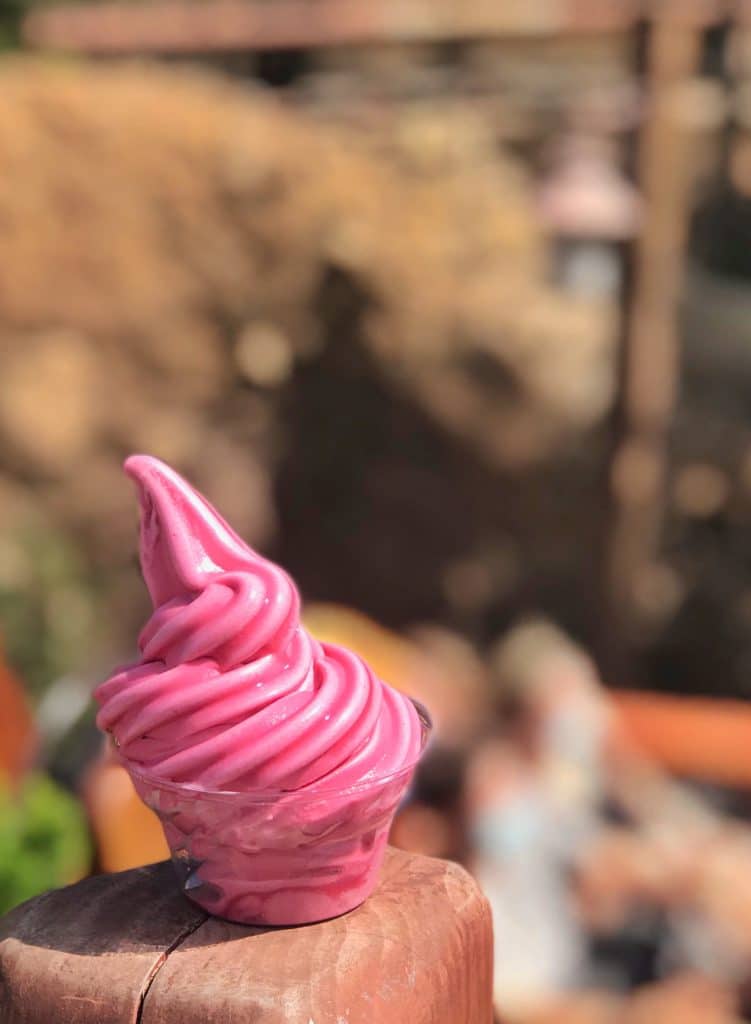 The different flavors of Dole Whip seem to be endless lately! Disney Springs had Watermelon Dole Whip and now Strawberry Dole Whip. Add that to all the flavors at Magic Kingdom too and it’s non-stop Dole Whip! Sometimes, the flavors sadly aren’t vegan, such as the coconut and the vanilla and chocolate soft serve. This time, we’re good to go.

Available at Storybook Treats, you can get the Cherry Dole Whip as a float with the soda of your choice. Sprite, Orange soda, Coke or Diet Coke are your options here. Additionally, you can just get the Dole Whip of your choice in a cup. 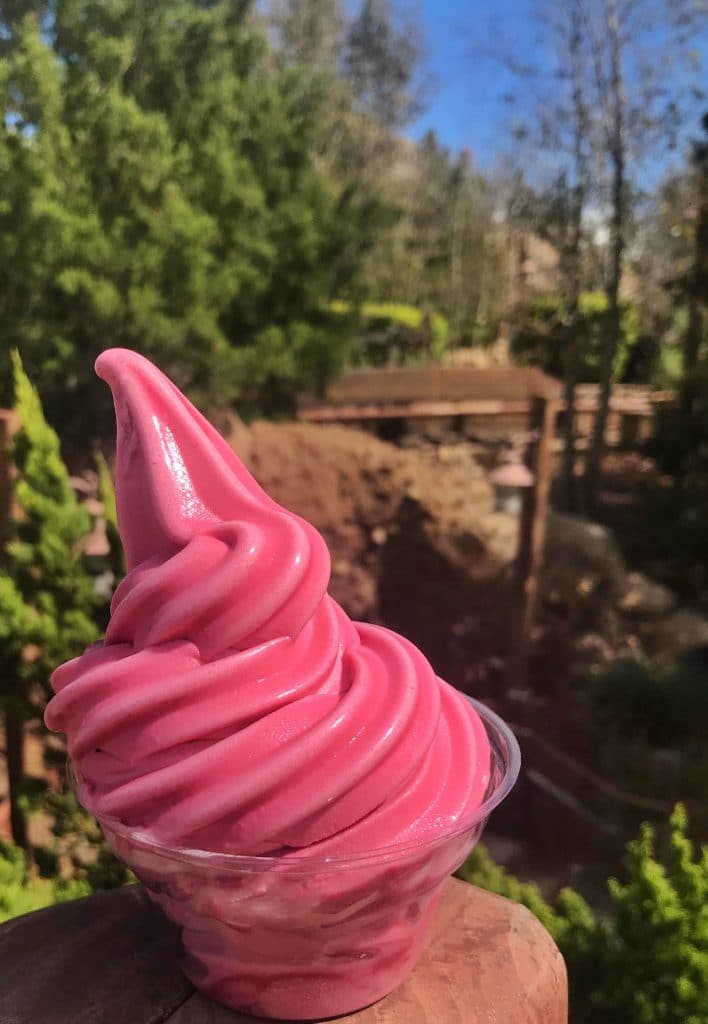 The Cherry Dole Whip is $4.99 for a cup, or $5.49 as the float. Our reviewer tried it both ways and said it was actually better with the coke float. The mix of flavors was like a Cherry Coke and totally delicious and the coke mixing with the frozen dole whip made for some fun textures. 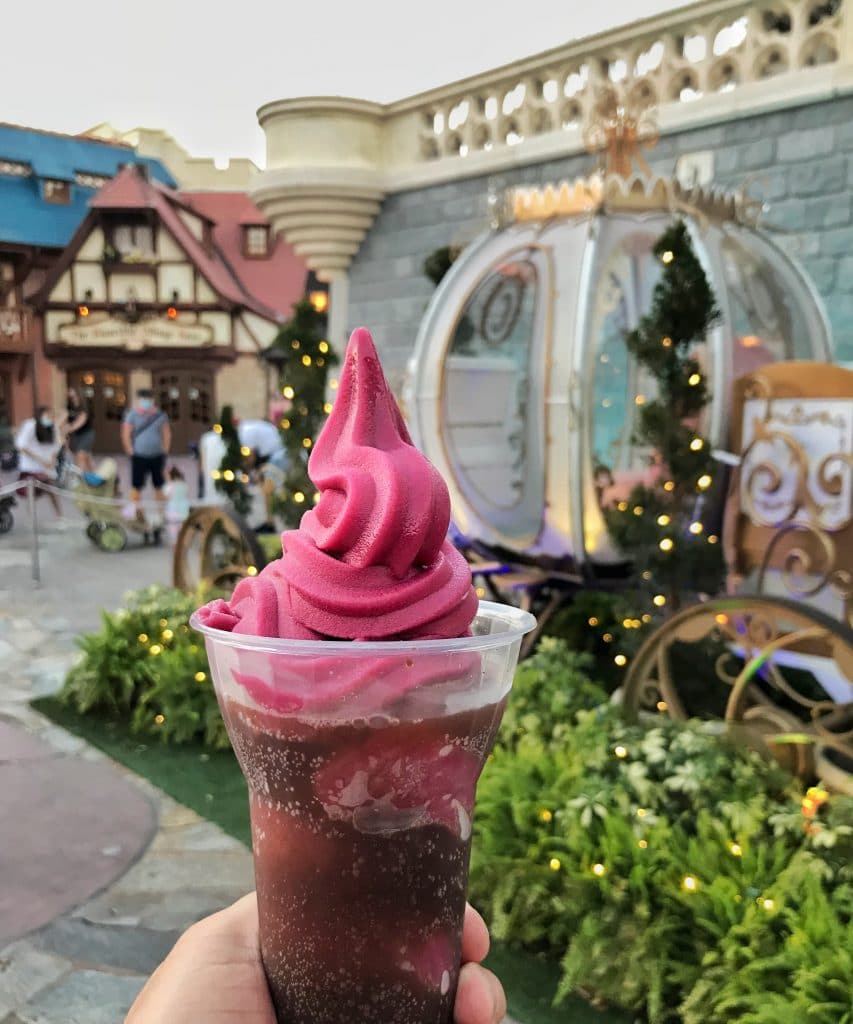 Don’t forget the other Dole Whip options at the Magic Kingdom: