Big news from Disney today as they reveal the menu for the all-new Steakhouse 71, located on the first floor of Disney’s Contemporary Resort, will open its doors on Oct. 1 for breakfast, lunch, and dinner. Where the Wave…of American Flavors once stood, Steakhouse 71 takes its place and will offer a few new plant-based vegan options for us! Let’s take a look:

Here’s a look at the full menus from Disney Parks Blog:

With breakfast, it looks like the vegan Avocado Toast from the Wave will be returning. Also available will be breakfast potatoes, fresh fruit, and oatmeal. Hopefully they’ll have a Just Egg replacement option as well.

With Lunch, we’ll have a new Vegetable Wellington option, which sounds interesting! Mushroom duxelles and fire-roasted artichokes wrapped in puff pastry, romesco sauce and Brussels sprouts. Having made a vegan mushroom Wellington at home, I’m very excited to try this! Also available are vegan onion rings on the appetizer menu. 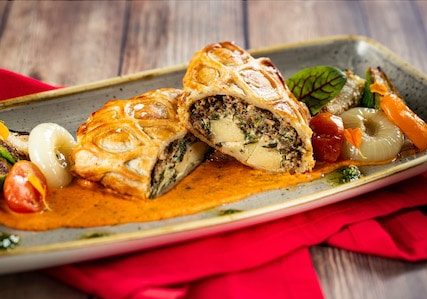 Looks like Steakhouse 71 dinner will have the same vegan offerings as lunch. 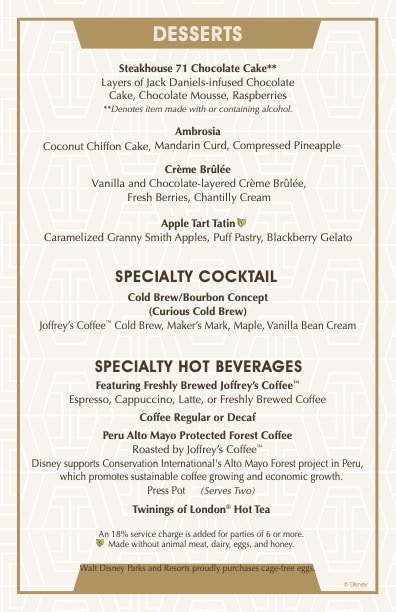 Dessert at Steakhouse 71 gives us a vegan  apple tart tatin, so you can imagine you’re on the Great British Bakeoff as you dine. Or maybe that’s just me. 😀

Steakhouse 71 Lounge Bites menu offers the same plant-based onion rings, so at least we have something there too. 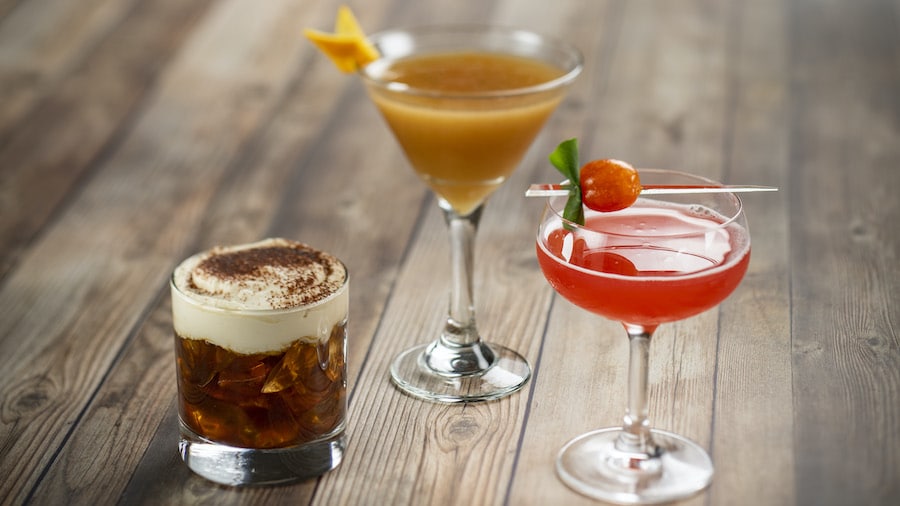 Some of the drink offerings at Steakhouse 71.

What do you think of these new menus? Steakhouse 71, paying homage to 1971 when the Walt Disney World Resort opened, will begin serving on, appropriately, October 1! We hope to check out all the vegan Steakhouse 71 menu items then!