Are you a fan of arancini? Check out this vegan riff on a classic appetizer at Mama Melrose’s in Disney’s Hollywood Studios at Walt Disney World.

Greetings from Disney’s Hollywood Studios at the Walt Disney World Resort where we have some changes to report.

Last month on a visit to DHS I had the opportunity to speak with the head chef at Mama Melrose’s Ristorante Italiano who hinted that a new vegan appetizer (and dessert) would be coming to the menu soon. He couldn’t tell me the exact date so I’ve been checking the online menu for changes and last night, low and behold there it was…Plant-based Arancini!

Today I snagged a lunch reservation to go in and try it out for myself. 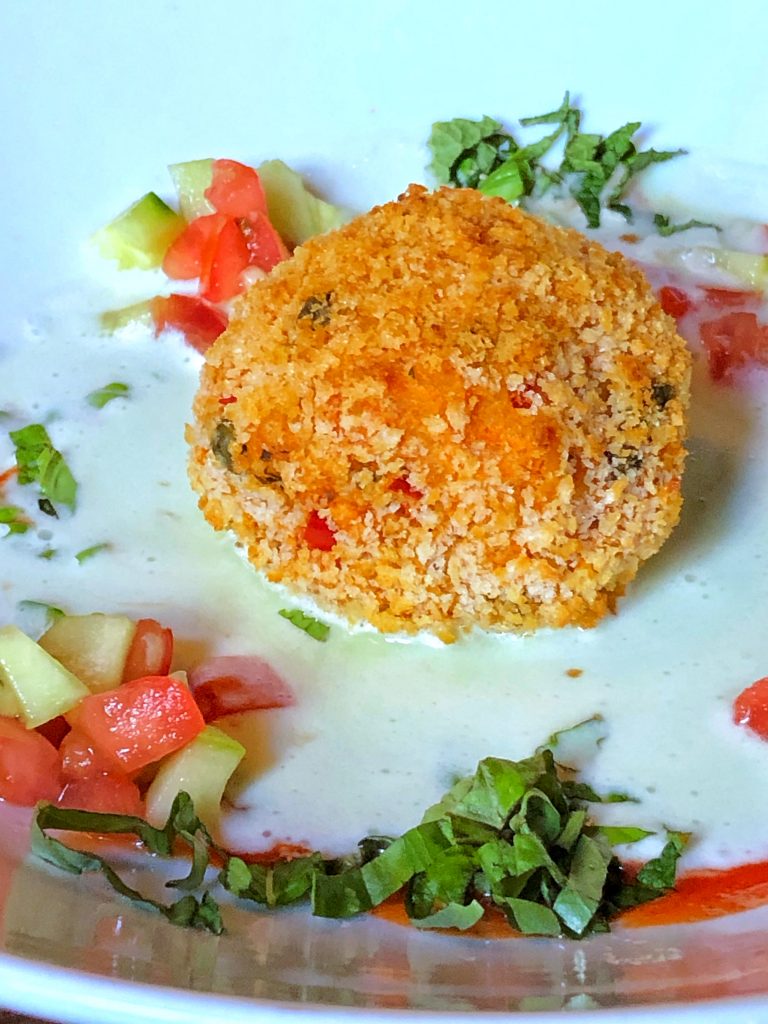 The Plant-based Arancini ($13) is completely vegan as-is right off the menu.

It consists of one single arancini, which, if you’re not familiar with it, is a stuffed rice ball which is breaded and deep fried. This one was slightly larger than a golf ball in size and had a wonderful flavor and texture with a hint of heat.

It sat on a coconut cucumber cream and was accompanied by a gazpacho salad with a fennel gastrique, sriracha emulsion and fresh basil ribbons. 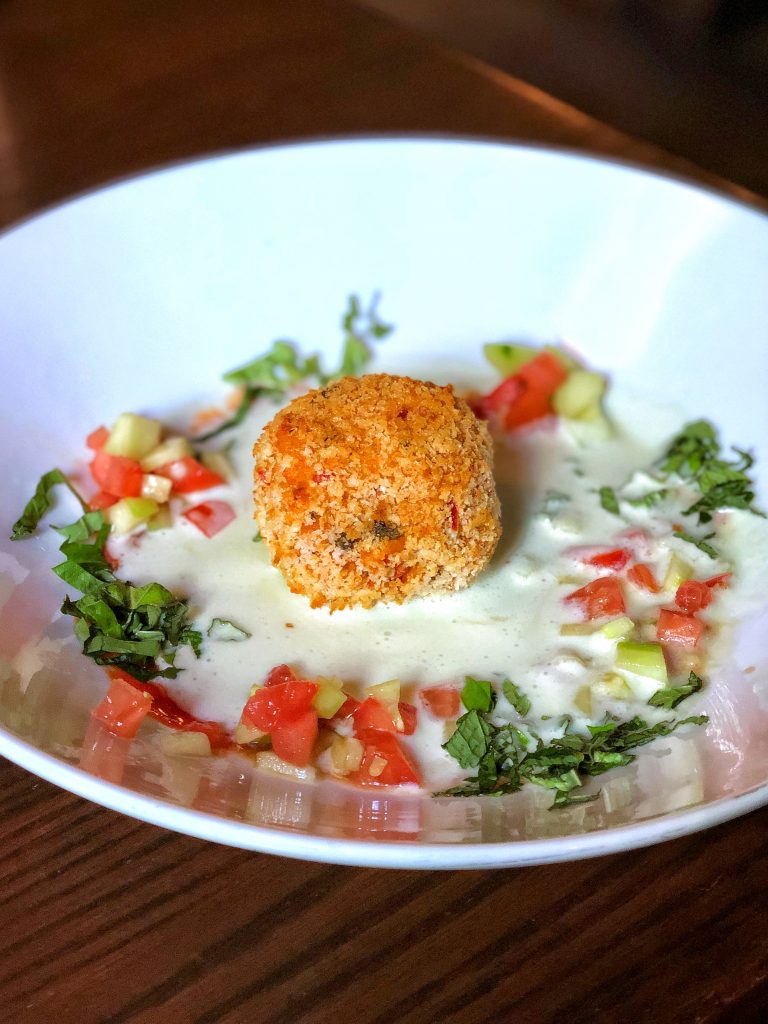 Here’s a look at the inside. 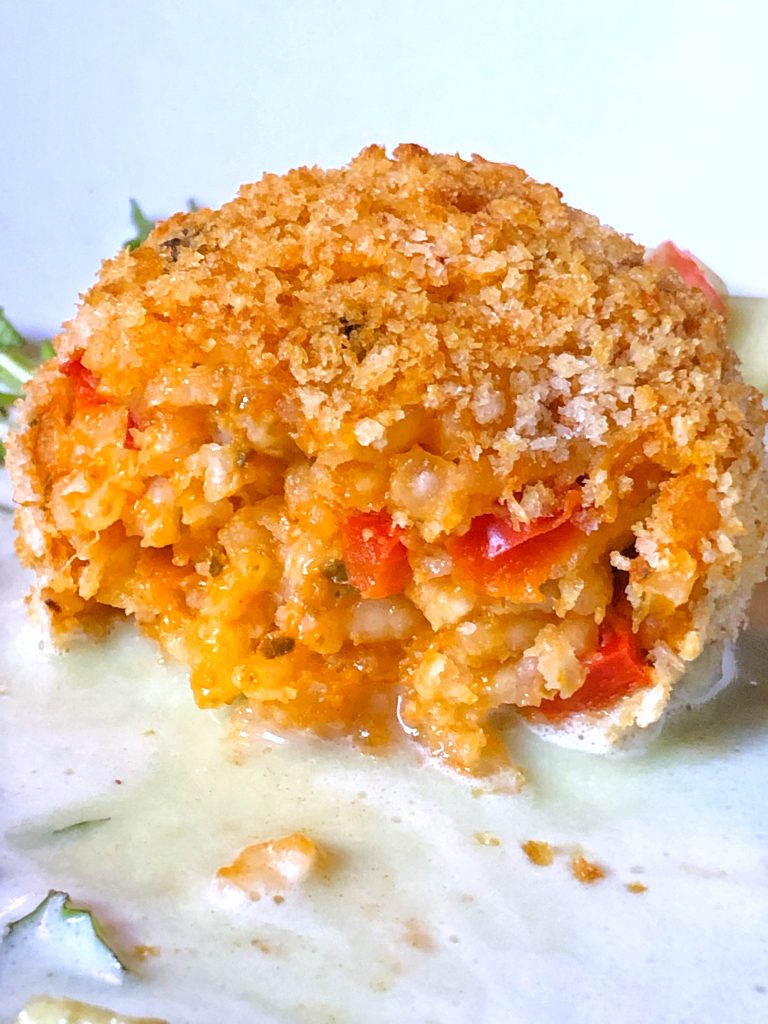 The flavor was unique. I just wished there were more than one arancini on the plate and expected a little bit more for the $13 price tag.

Overall, a welcome addition to the vegan lineup at Mama Melrose’s.

To read more about all the vegan options here check out this post: Vegan Disney Food Review: Mama Melrose’s in Disney’s Hollywood Studios 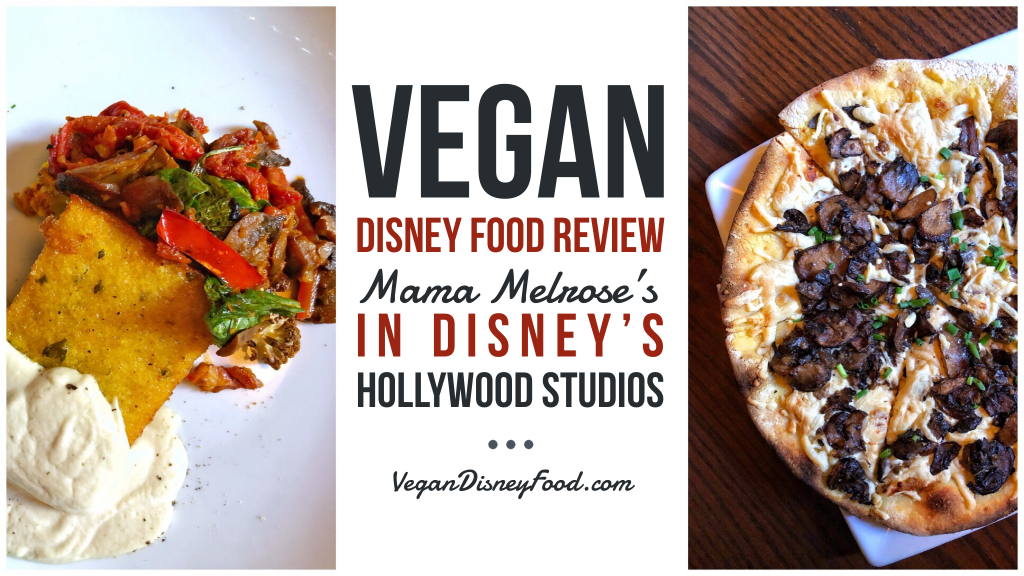 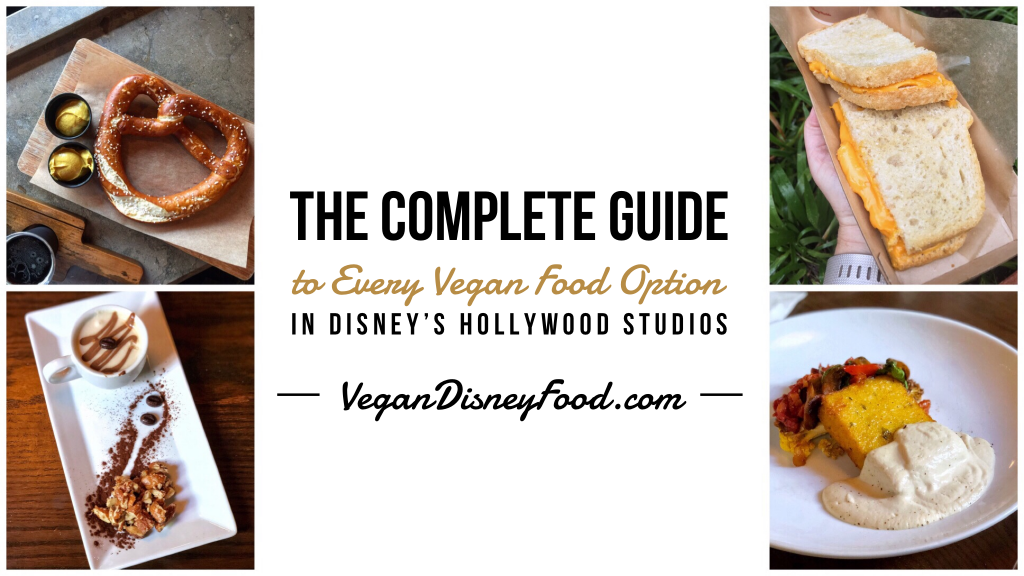 WANT TO REMEMBER THIS OPTION? Save the “Vegan Appetizer on Mama Melrose’s Menu” to your favorite Pinterest board. 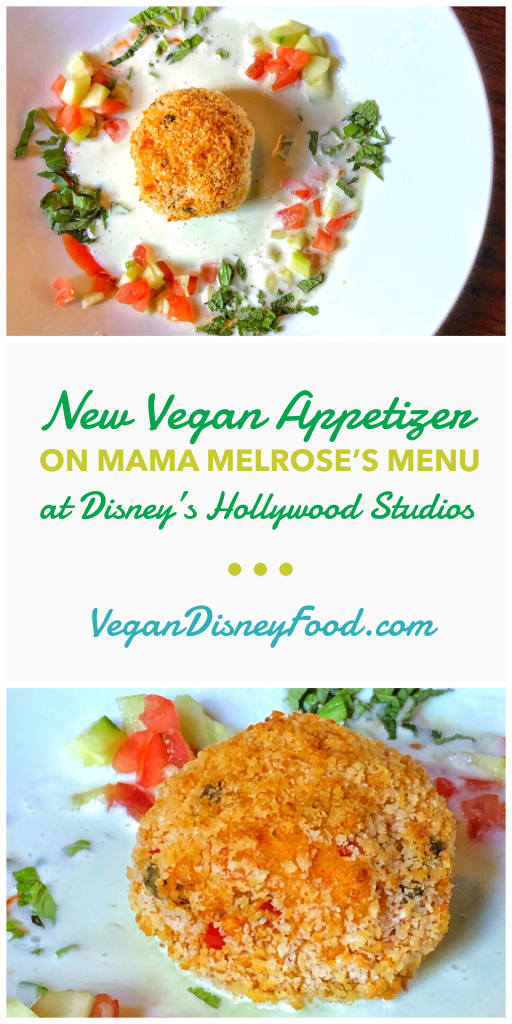