When you’re bougie but also in a theme park. Check out the vegan FOMOsa Orange Dole Whip at Sunshine Tree Terrace. Pinkies up! 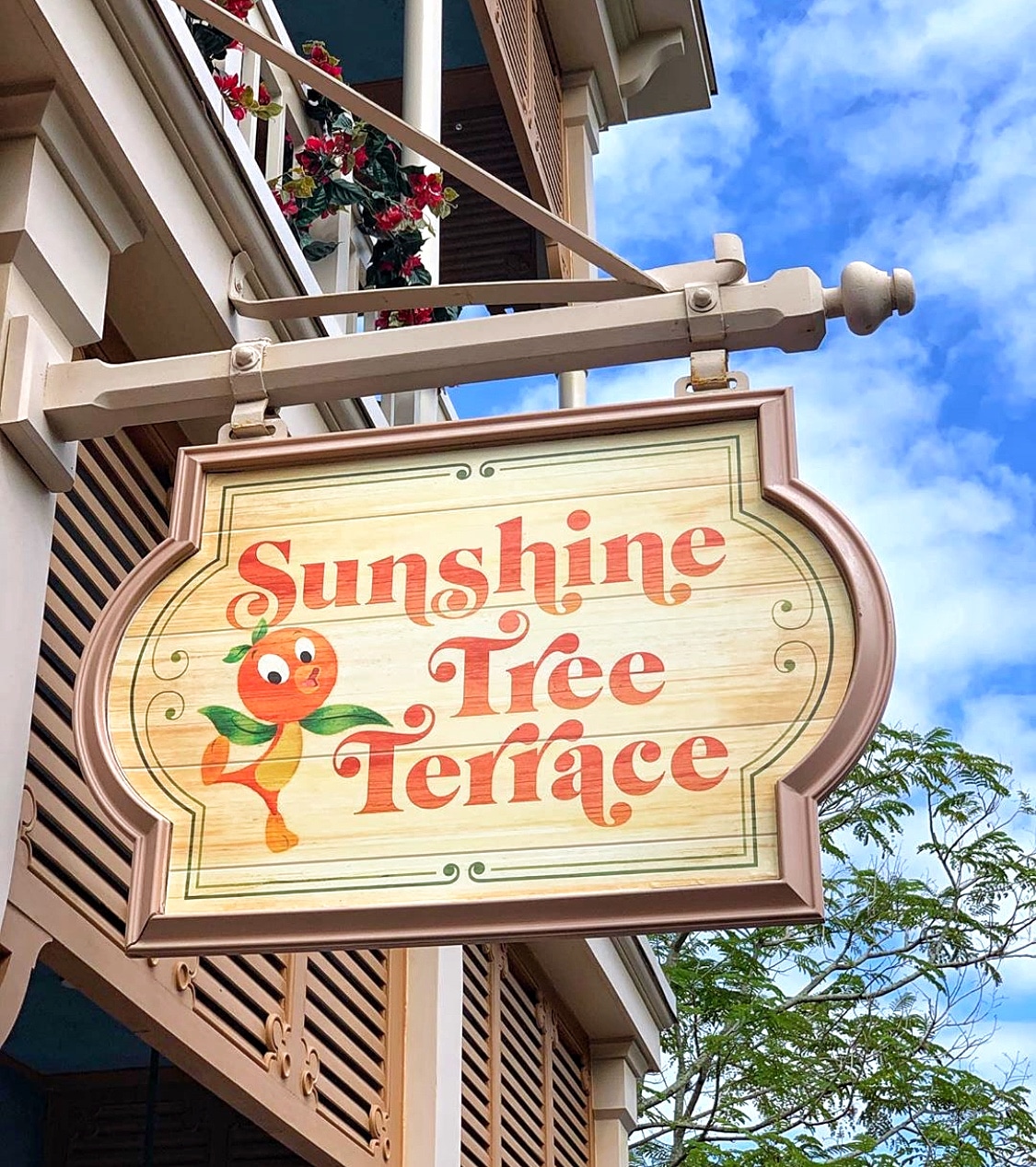 Pay a visit to the Sunshine Tree Terrace in Adventureland at the Magic Kingdom or risk FOMOsa.

Disney swirled some vegan Orange Dole Whip into a champagne flute with sparkling apple cider and dubbed it a FOMOsa. 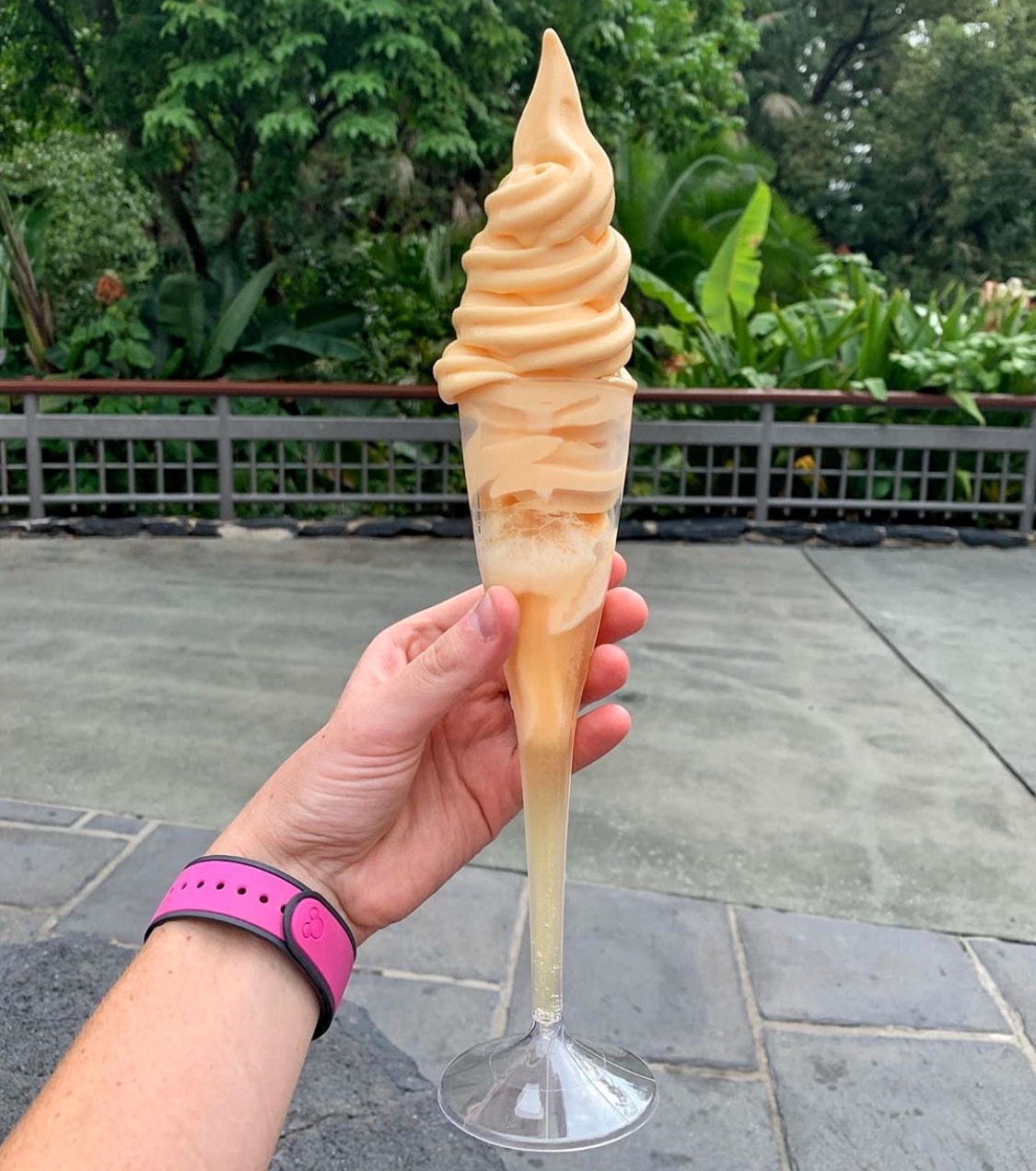 Just make sure the cast member dispenses all orange and no vanilla ice cream swirl.

You can also get a classic orange Citrus Swirl in a cup or a float. The citrus swirl isn’t as ‘creamy’ as the Dole Whip and tastes more like frozen orange juice.

WANT TO REMEMBER THIS OPTION? Save the “Sunshine Tree Terrace FOMOsa Orange Dole Whip” pin to your favorite Pinterest board. 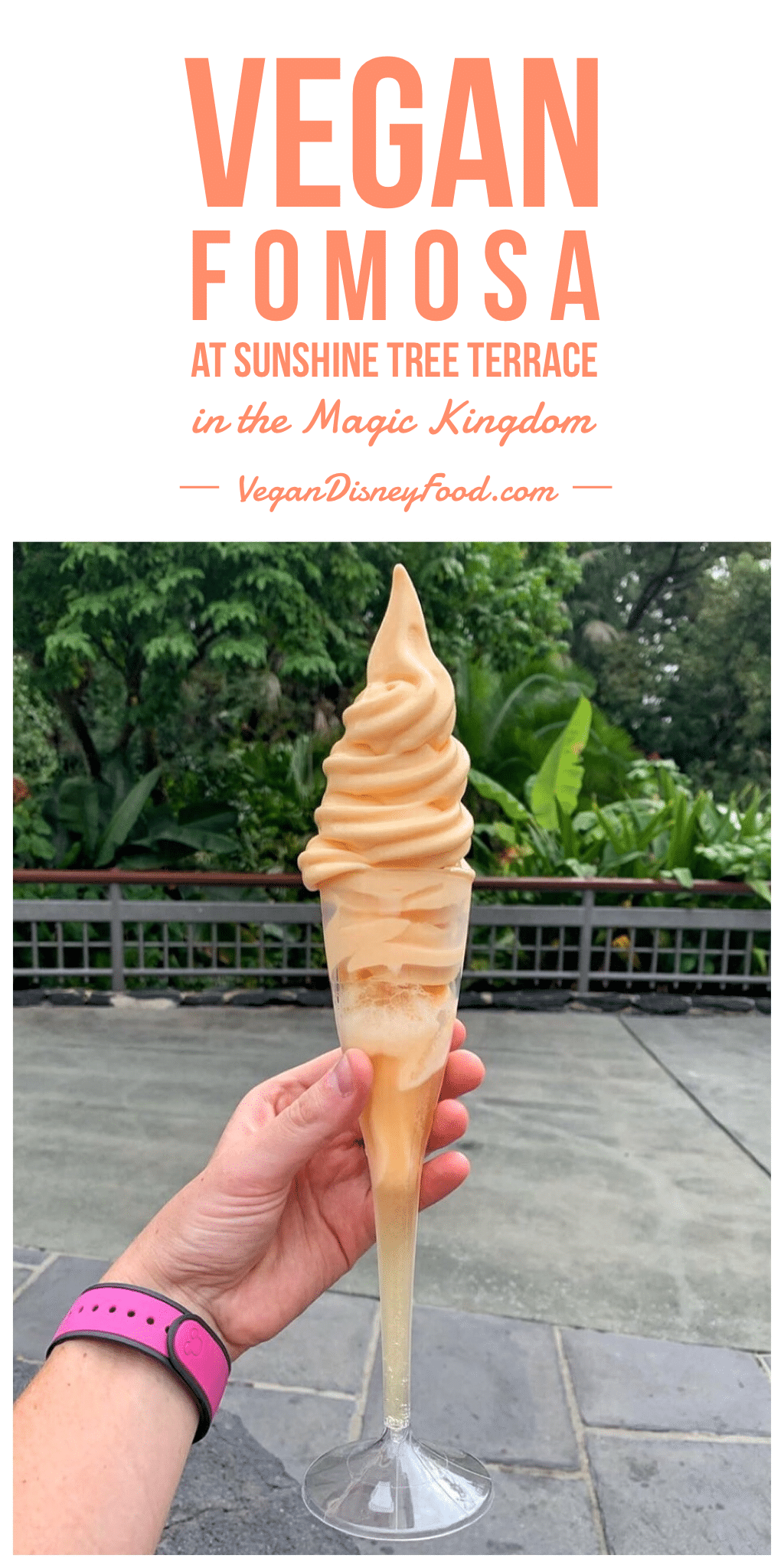