If you’re looking for the Complete Dole Whip Guide (updated March 2022) to all the vegan Dole Whip flavors, you’ve come to the right spot! Disney Parks Blog has just named today Dole Whip Day, in celebration of the reopening of Disney’s Polynesian Resort on July 19. They shared a fun history of Dole Whip, started from the relationship with Dole Foods back in 1976 with the sponsorship of Walt Disney’s Enchanted Tiki Room at Disneyland Park: 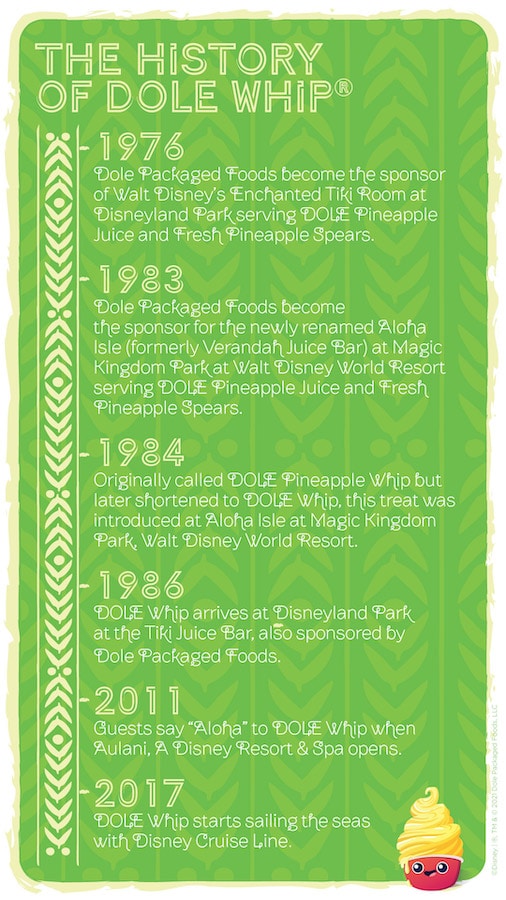 We’ve covered lots of fun Dole Whip flavors and best of all – most of them are completely vegan as is. All of the fruit flavors – except Coconut – are vegan. When Disney adds “soft serve” flavors of vanilla or chocolate or other non-fruit based flavors, they unfortunately usually have dairy in them. You can be sure that all the Dole Whip flavors we share here on Vegan Disney Food are vegan, as are any toppings we note. We decided to list the all together in one complete guide to Vegan Dole Whip at Disney Parks. *Some flavors are seasonal and subject to change, but always ask what other flavors they have available at each location!*

Swirls on the Water at Disney Springs 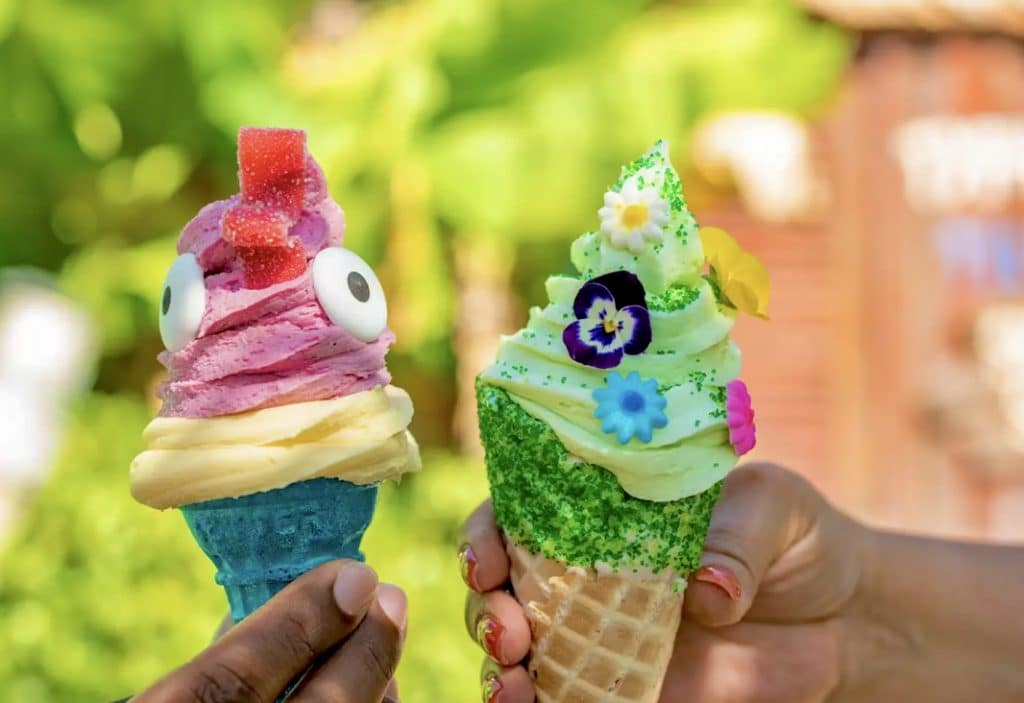 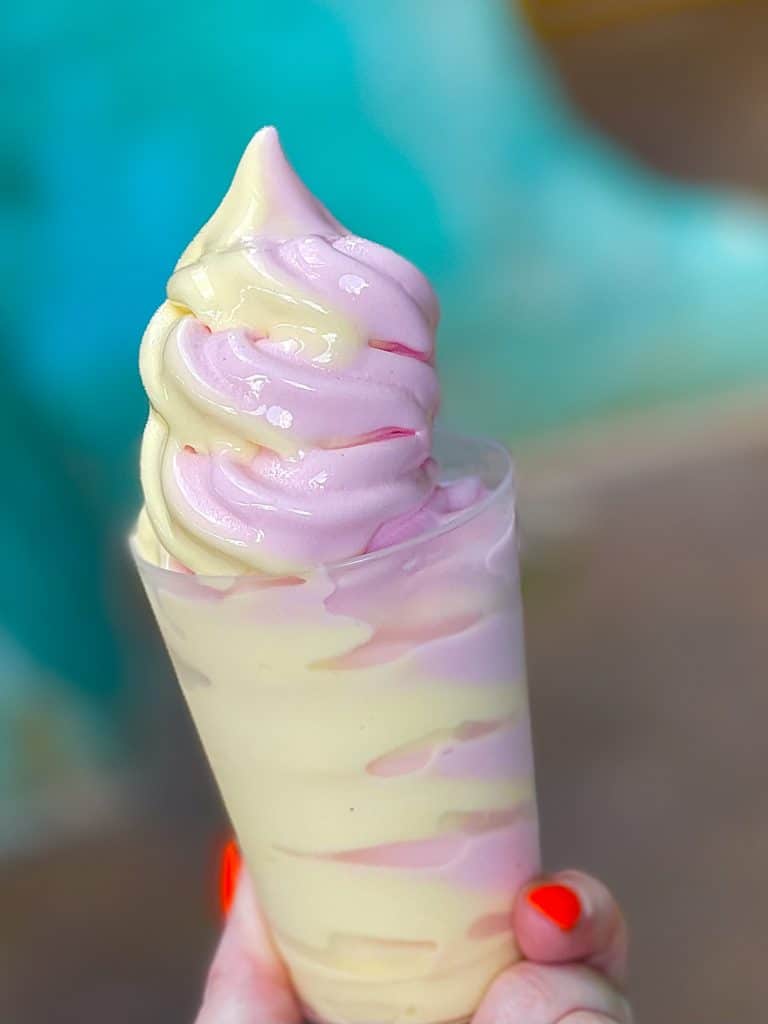 You can also grab a Dole Whip at Disney’s Hilton Head Island Resort and feel right at home!

We hope you enjoyed this Complete Dole Whip Guide to the vegan flavors at Disney Parks and Resorts! Did we miss your favorite? There have been a few flavors and specialty types over the years that we miss (Bring back the Lost Princess Cone Disney!) – if we missed one of your favorites, let us know in the comments below and of course, tag us in all of your amazing Dole Whip photos at @vegandisneyfood on instagram with hashtag #vegandisneyfood!