It’s perfectly crispy on the outside and the vegan cheddar cheese is ooey gooey on the inside.

Your sandwich will come with a side of Potato Barrels which are baked and not fried.

WANT TO REMEMBER THIS OPTION? Save the “Vegan at Walt Disney World – Vegan Grilled Cheese at Woody’s Lunch Box” pin to your favorite Pinterest board. 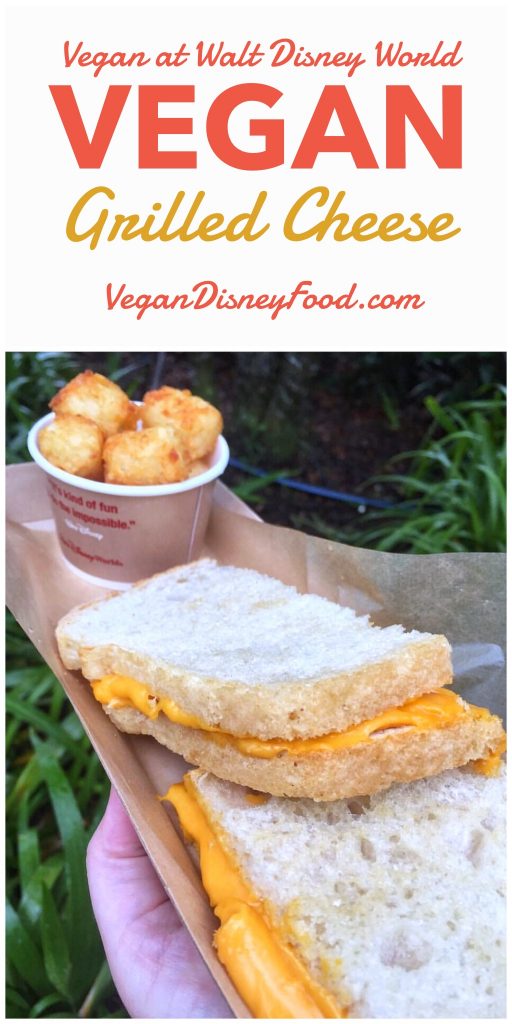