Make a reservation at ‘Ohana for breakfast in Disney’s Polynesian Village Resort at Walt Disney World and chow down on this epic vegan skillet. ‘Ohana just reopened on July 9, after an extended closure from the pandemic. Unfortunately at this time, the characters are not a part of the breakfast, but the price has been reduced to reflect that change.

It’s the happiest little breakfast overlooking the most magical place on earth! 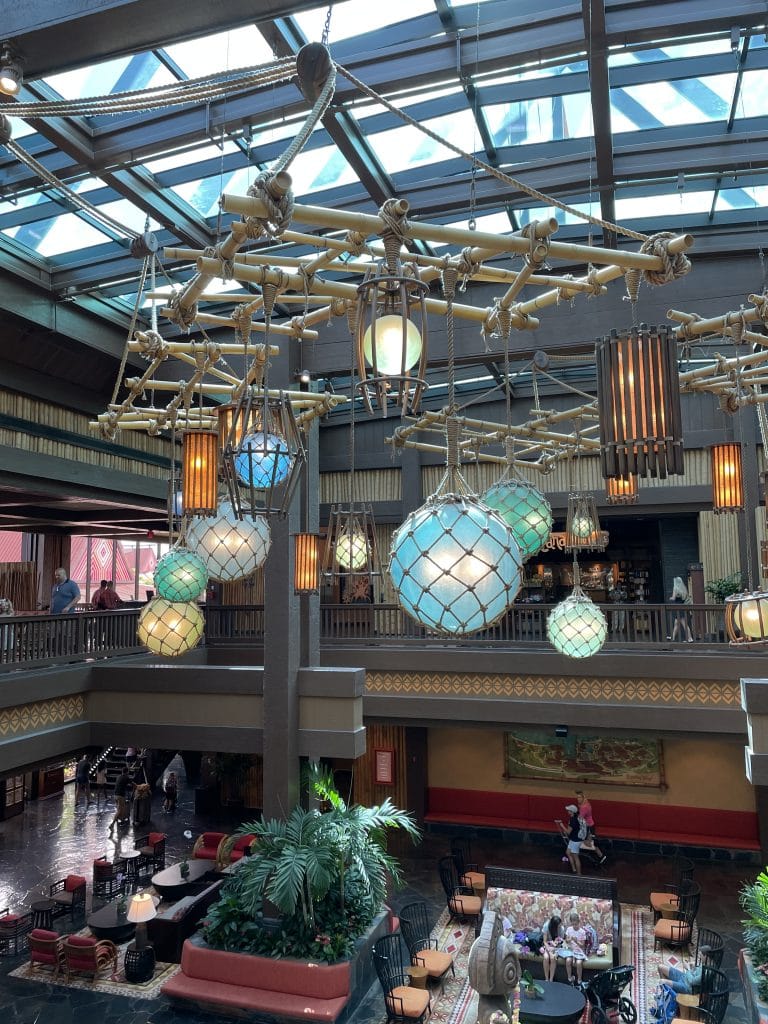 You can enjoy all this and more during the Family-Style breakfast at ‘Ohana in the Polynesian Village Resort at Walt Disney World.

The ‘Ohana family style breakfast is now $25 and includes Mickey & Stitch waffles with pure maple syrup, fresh fruit, POG juice and soy milk, breakfast potatoes, vegan JUST scrambled eggs and vegan Beyond sausages. You are also given a vegan cinnamon sugar doughnut from Erin McKenna’s Bakery in Disney Springs. We were not given the doughnut on our recent visit, but since they just reopened, they are most likely still figuring things out as far as supply and demand goes. We confirmed that the doughnut, made at Erin McKenna’s, IS supposed to be a part of the plant-based breakfast at ‘Ohana. If you are not given a doughnut, be sure to ask! 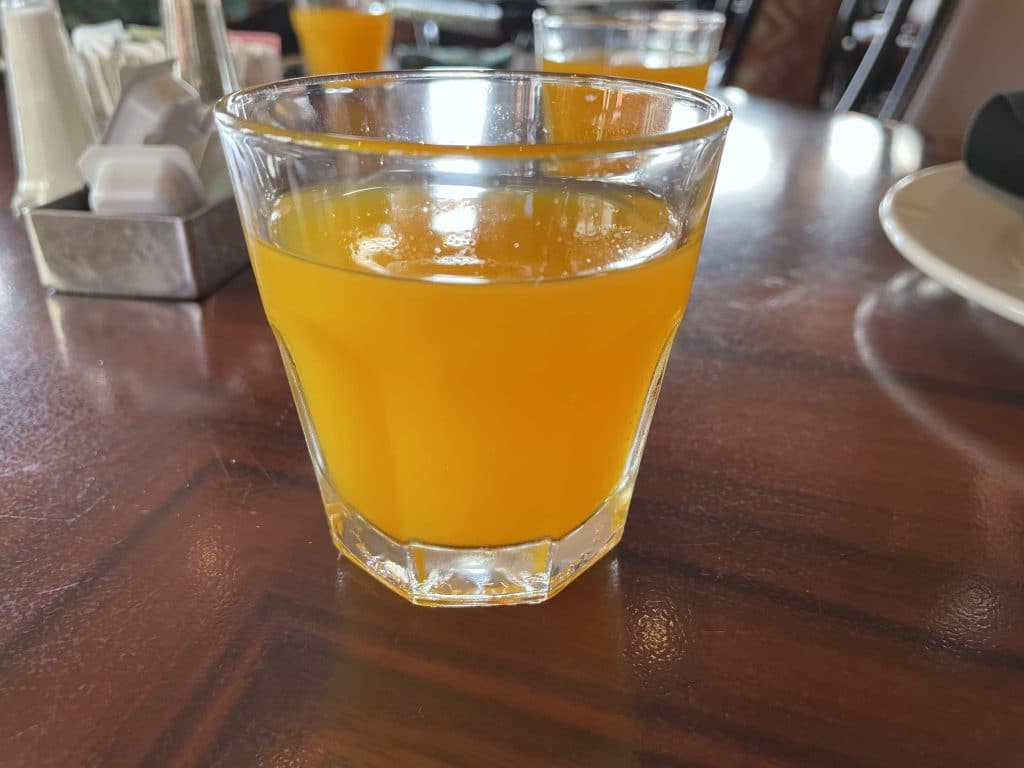 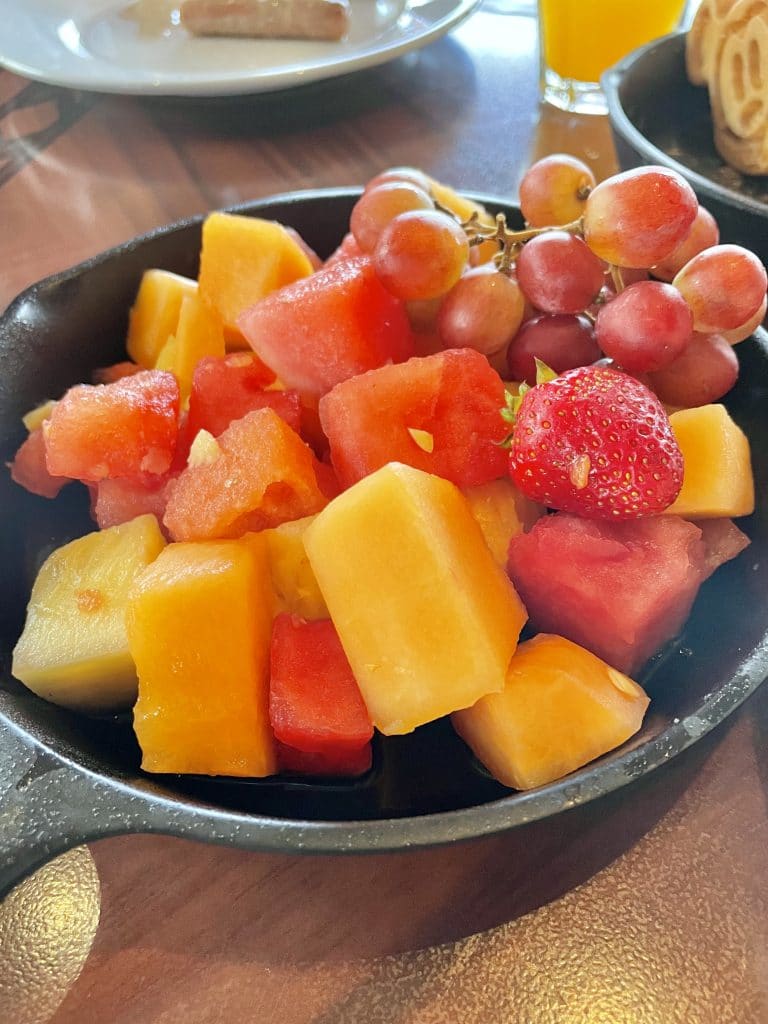 The fruit we were served was SO good, perfectly ripened, a great way to start your breakfast! 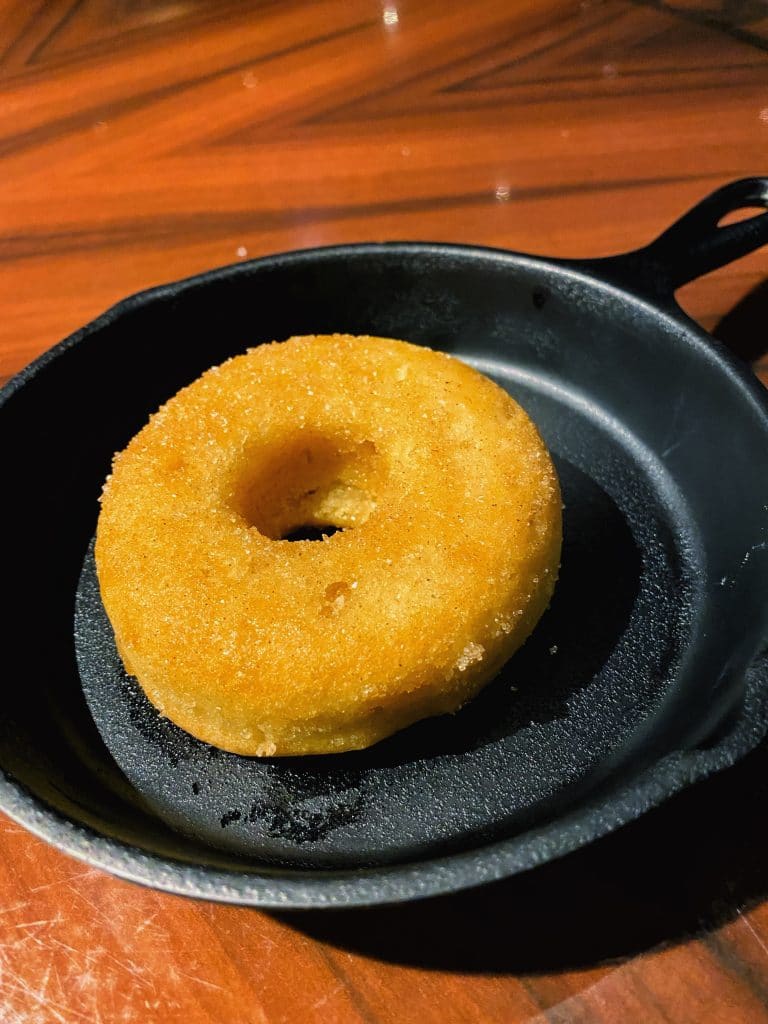 Vegan Cinnamon Sugar Donut served on a skillet. You can find this at Erin McKenna’s too!

We’ve recently been sent photos from readers who’ve been given different flavors of donuts at their vegan breakfast at ‘Ohana: 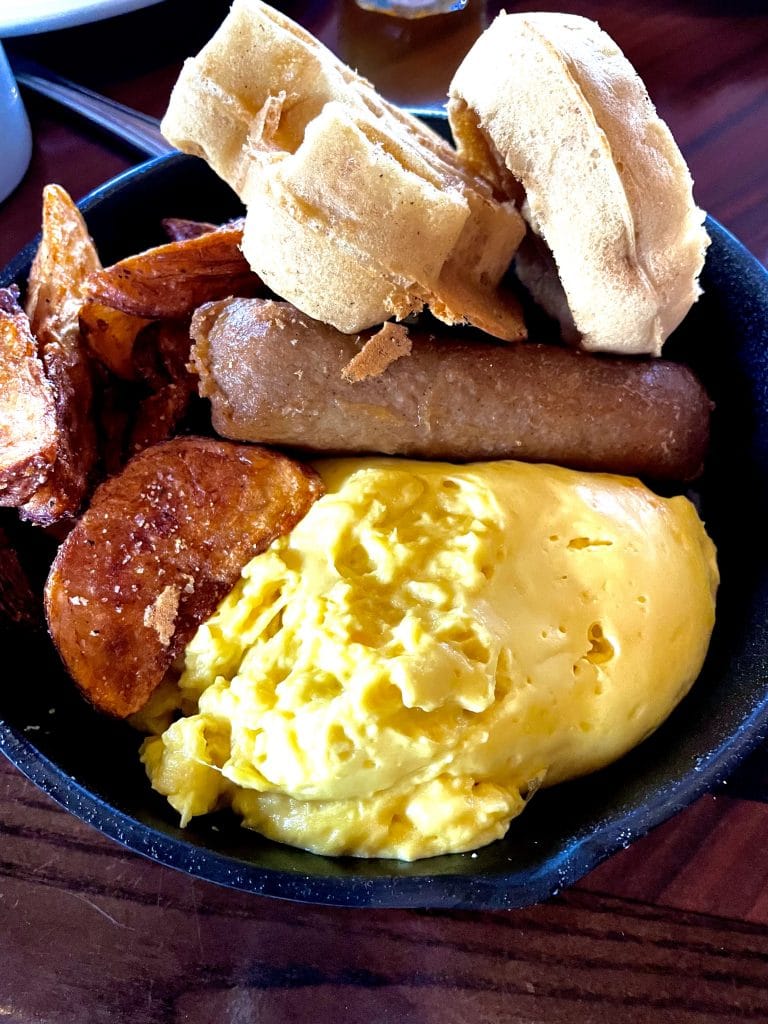 The skillet of Just Egg (made from mung beans) with added seasonings, Beyond Sausage, roasted potatoes, and vegan/gluten-free Stitch and Mickey Waffles. This was a serving for one, just me! And as you can see it was a ton of food. This breakfast is all you care to enjoy as well, so if you want more of anything, it’s yours! 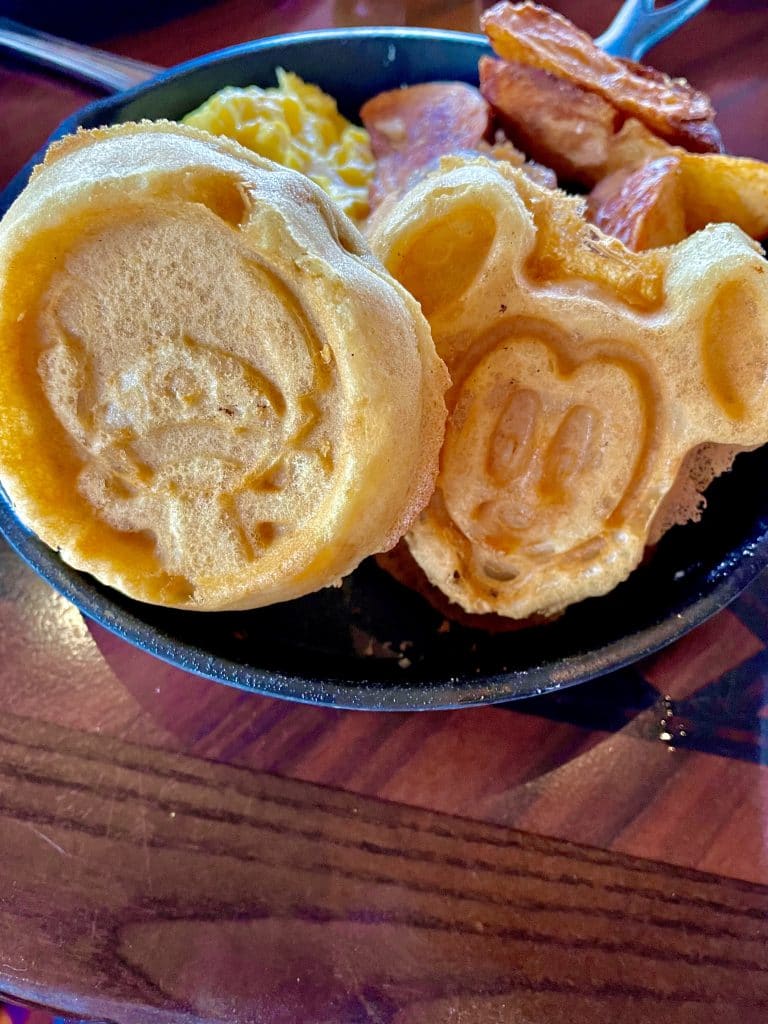 Here’s our quick video review to see the skillet:

Under normal circumstances, Lilo, Pluto and Mickey Mouse would pop by your table for photos and you get to meet Stitch before being seated, but that is not happening at this time.

Because the restaurant only serves breakfast and dinner you can score a really late reservation and turn your breakfast into a brunch / early lunch with reservations available as late as 11:55 a.m.

Curious about the vegan dinner options at ‘Ohana? Check back and bookmark our site as we’ll be visiting and experiencing the new vegan dinner menu at the recently reopened ‘Ohana. You can read our previous review from before the closure here: Vegan Dinner at ‘Ohana in Disney’s Polynesian Village Resort

WANT TO REMEMBER THIS OPTION? Save the “ Vegan Breakfast Skillet at Ohana in Disney’s Polynesian Village Resort” pin to your favorite Pinterest board. 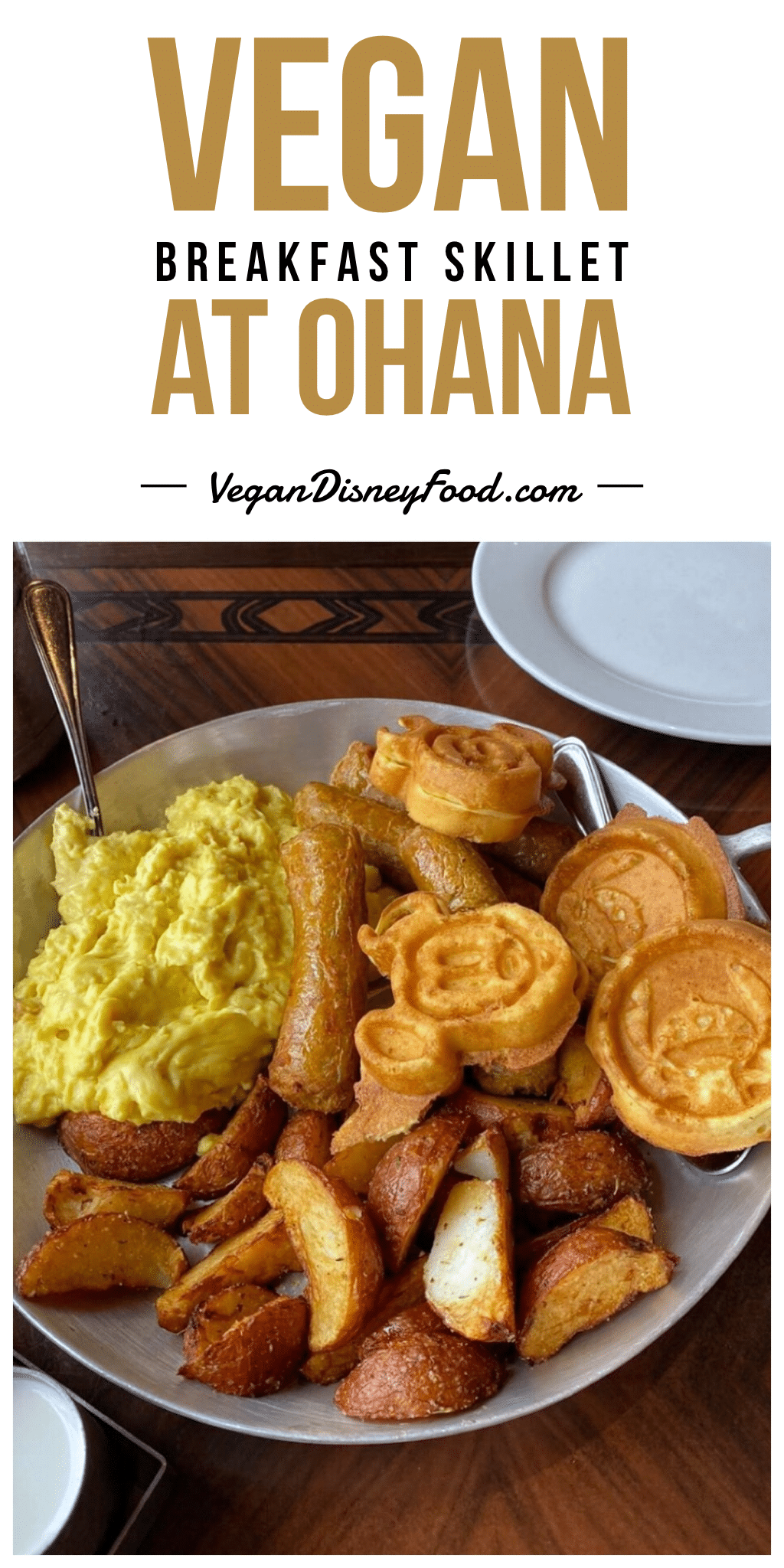