Every time I post a picture of this Ice Cream Sundae Cupcake on Instagram stories I get tons of direct messages asking me where to get it. So I feel a review is long overdue. This vegan cupcake is in Epcot!

Weather touring Epcot solo or with a group of friends you can always bet that I’m going to end the night on a sweet note by indulging in the best vegan treat currently at the park.

You can find this seasonal vegan cupcake in Future World West inside The Land pavilion. 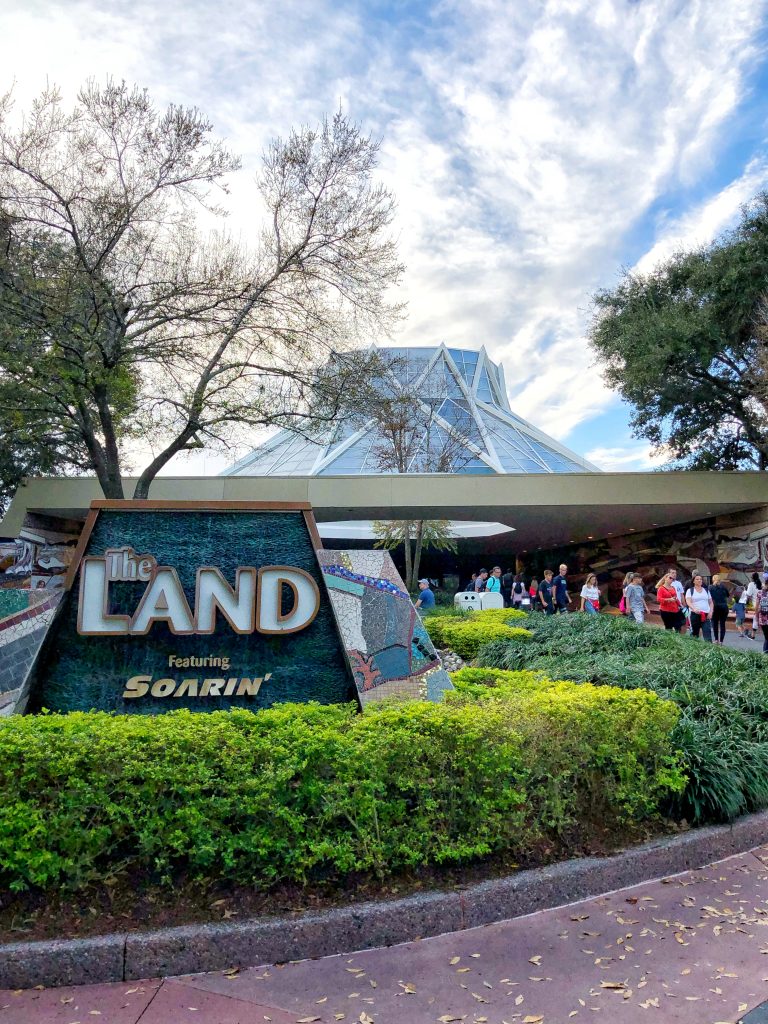 This pavilion also houses Soarin’ and the Living with the Land attraction. 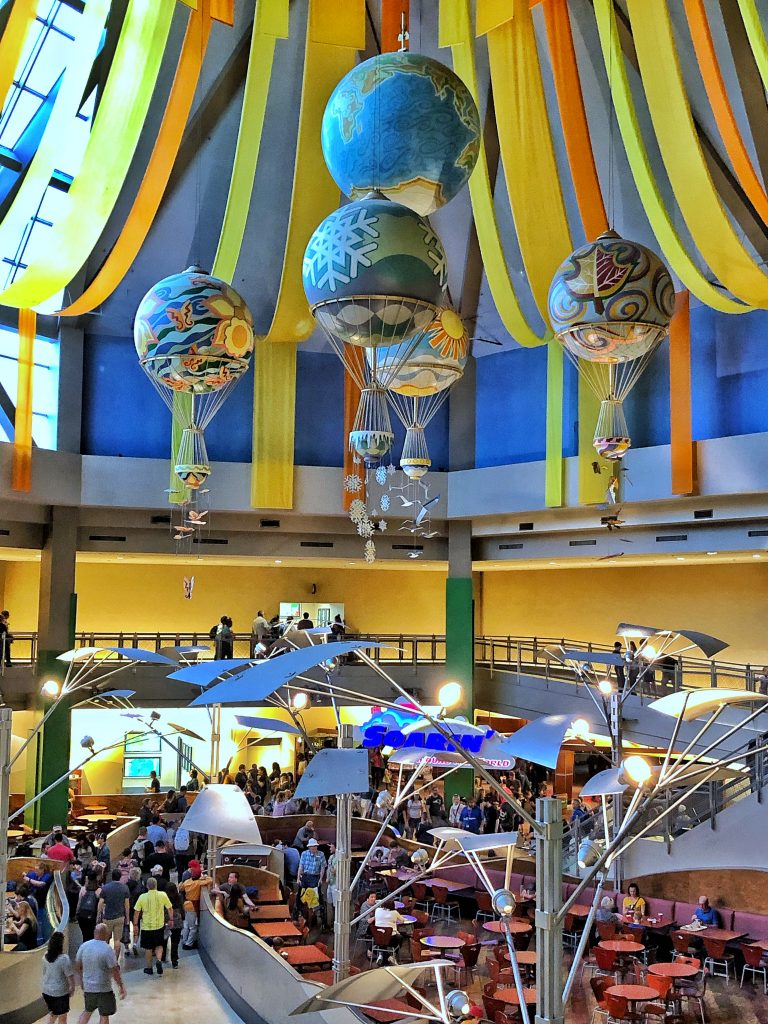 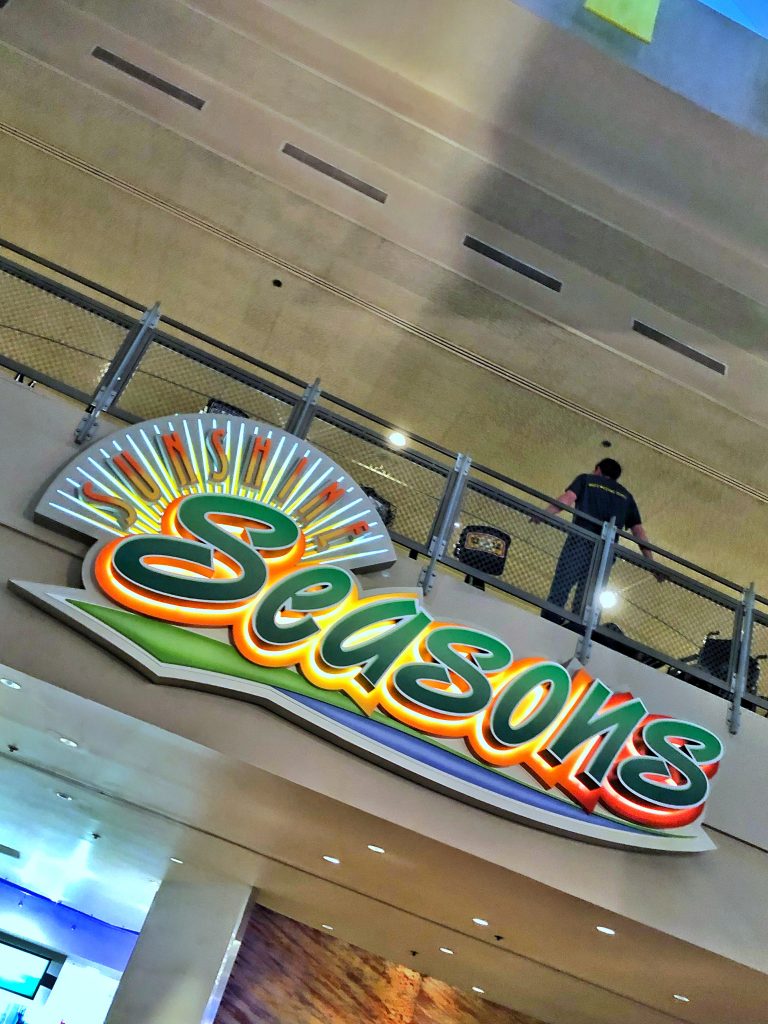 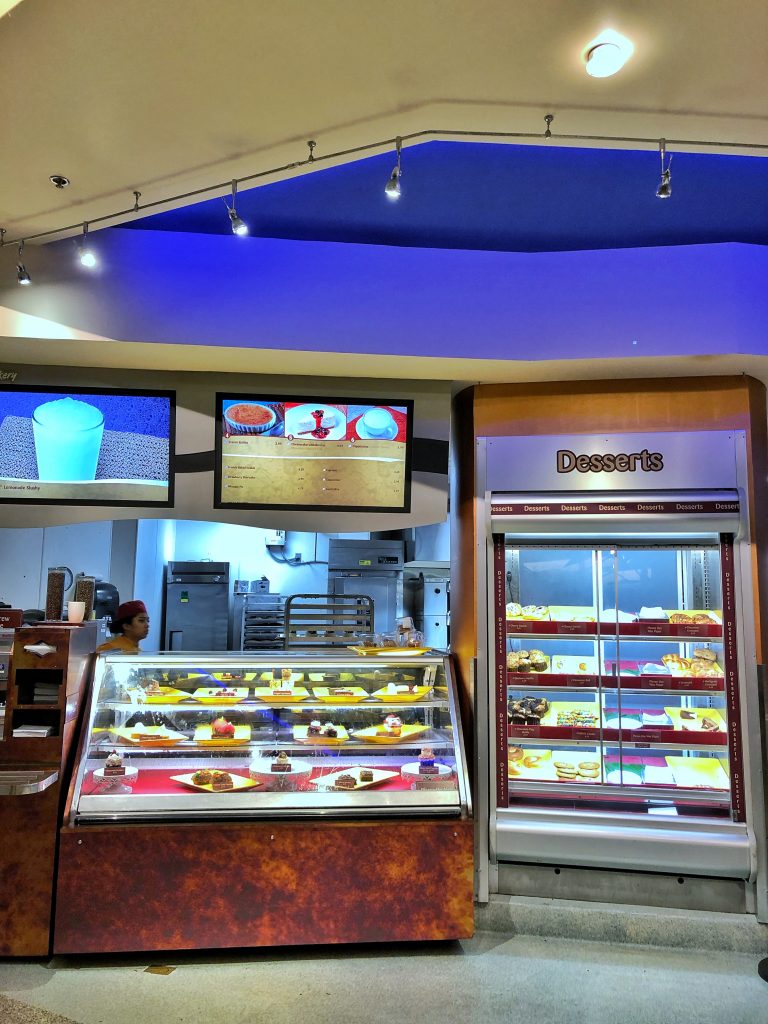 Sunshine Seasons is an expansive quick service food court located on the first floor of the building. Head on over to the bakery section on the far left of the cafeteria to pick up your vegan cupcake.

Pro Tip: You can also grab a complementary cup of ice water here from the self-service soda fountain

Currently this cupcake is being marketed as a “seasonal cupcake”. I have spoken with management here, well more like begged them, to keep this item on the menu throughout the year. The cupcake used to be marked as “vegan’ but I was told by a cast number that it wasn’t selling as well so they took the word vegan off the menu description. Hey…whatever works!

The base of this dessert is yellow cake with a pineapple coconut filling. The cupcake is topped with an ice cream scoop of vanilla frosting which then gets a drizzle of hot fudge and a maraschino cherry garnish. It’s then rimmed with colorful Mickey sprinkles. 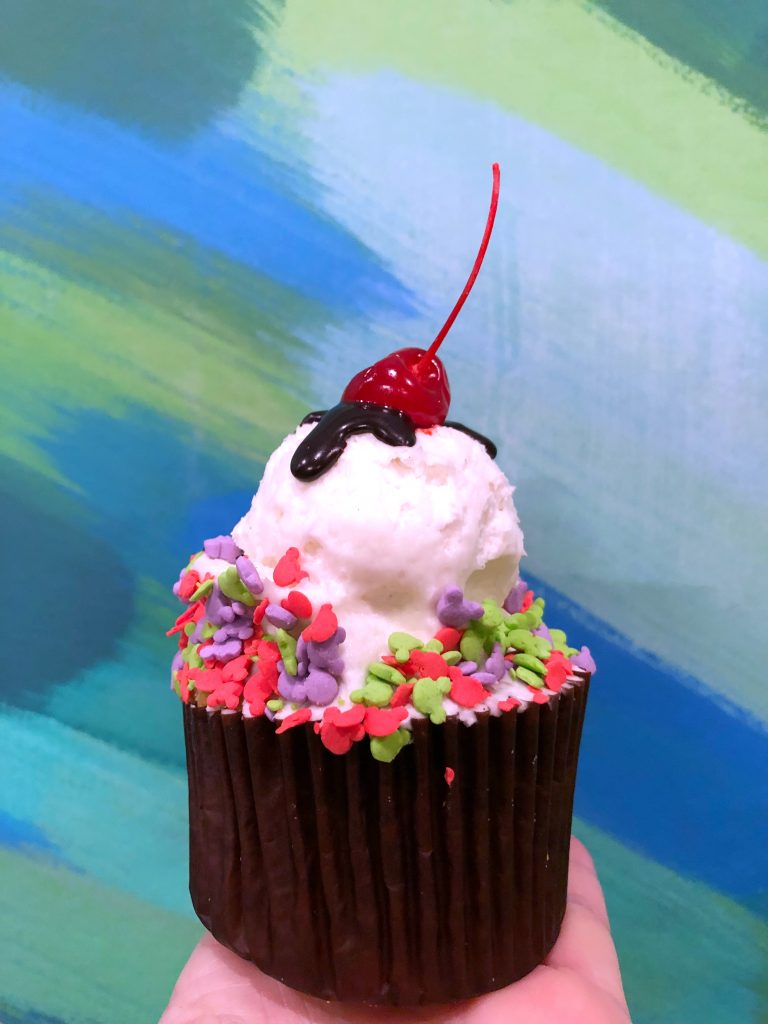 The cake is pretty basic but the filling and frosting are sublime.  I love the fact that the frosting isn’t overly sweet.

If you’re full from all your Epcot snacking the cupcake is also available “to-go” in a sturdy little cupcake container that will keep it from tipping over so you can take it back to your resort to enjoy later on.

Curious about ALL of the vegan offerings in Epcot? See the full list of options here – What’s Vegan in Epcot?

WANT TO REMEMBER THIS OPTION? Save the “Vegan Ice Cream Sundae Seasonal Cupcake at Sunshine Seasons in Epcot” pin to your favorite Pinterest board. 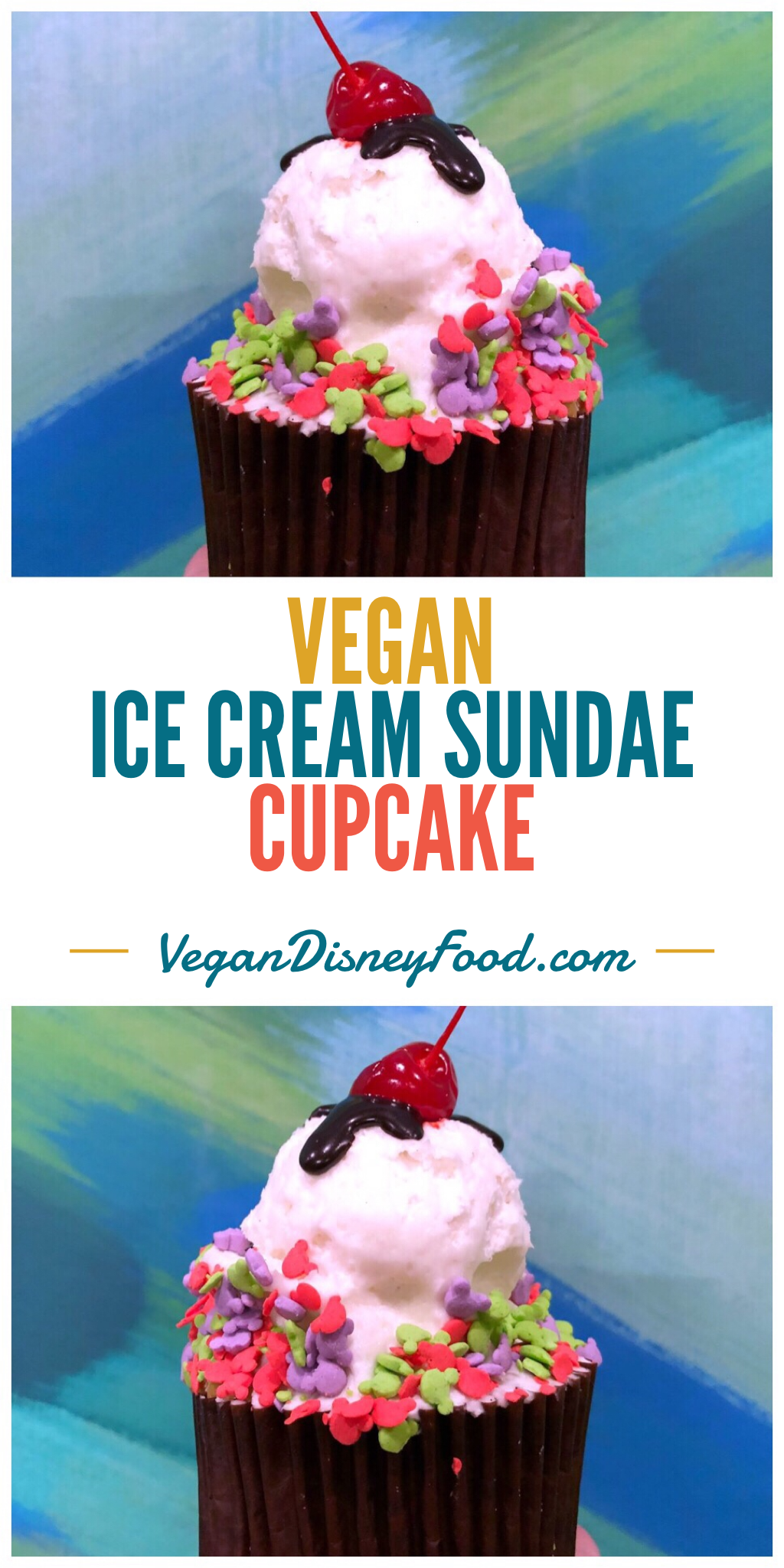