I love discovering “off the beaten path” experiences at the Walt Disney World Resort. Dole Whips and Mickey Pretzels are divine. Sometimes a little decadence is in order when on vacation too right?

Today I want to share with you the gorgeous spread we were served as part of our five hour experience at the spa. 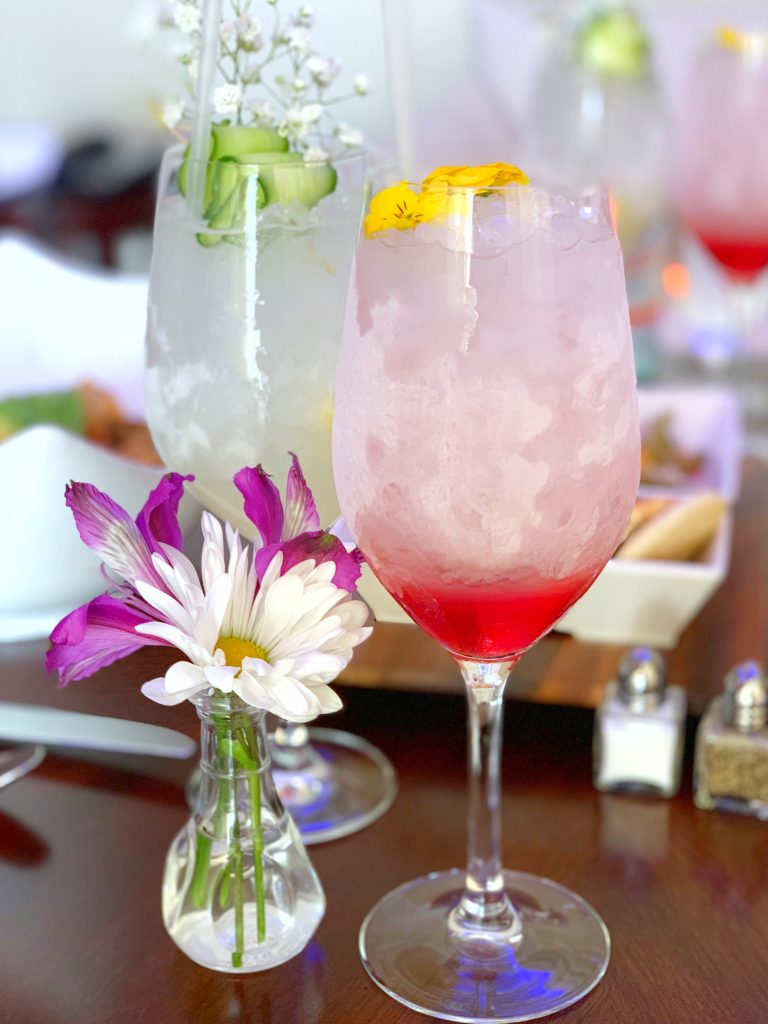 Lunch was prepared by Chef Jeremy Gibboney. Jeremy has nearly fifteen years in the industry and studied culinary arts at Johnson & Wales. I’ve eaten his food on several occasions. He really does have a detailed understanding of how to finesse plant based ingredients into something magnificent.

We started our lunch with an appetizer of scratch made hummus with pita rounds. I’m ordinarily not a big consumer of hummus, perhaps because commercial brands aren’t as nuanced as hummus made from scratch. This presentation was not only beautiful, it was also delicious. 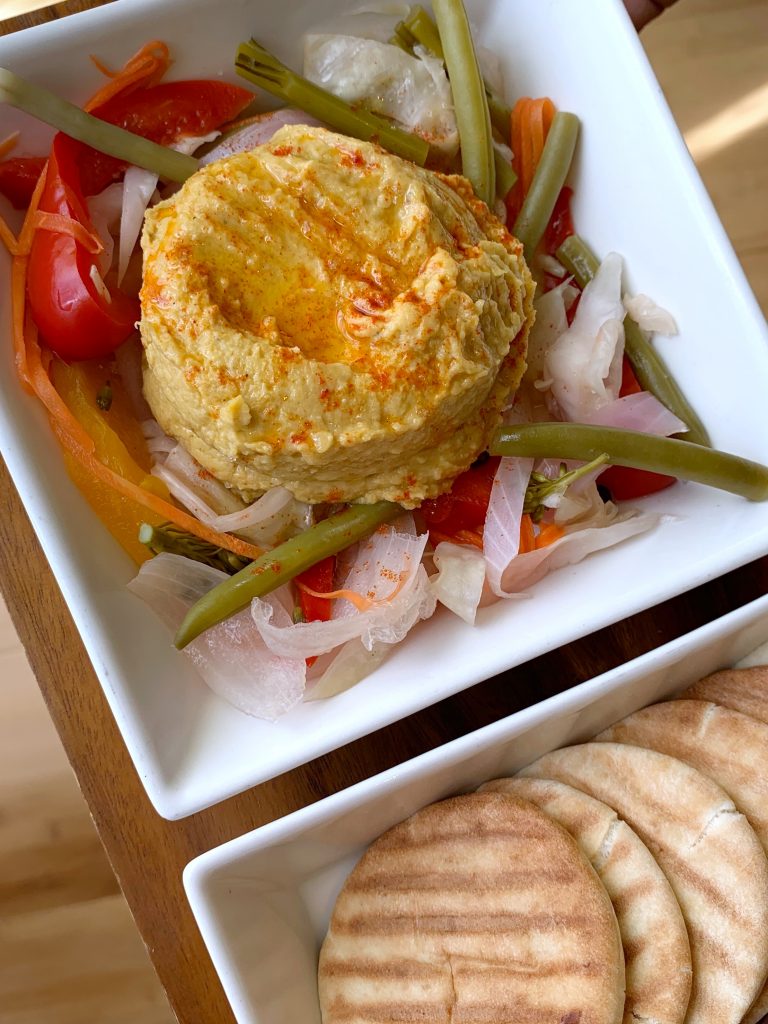 The hummus was served over crisp pickled vegetables which included green beans, carrots, broccolini, red bell peppers and onion and was dressed with a little oil and paprika.

For our mains, we were presented with Power Bowls. 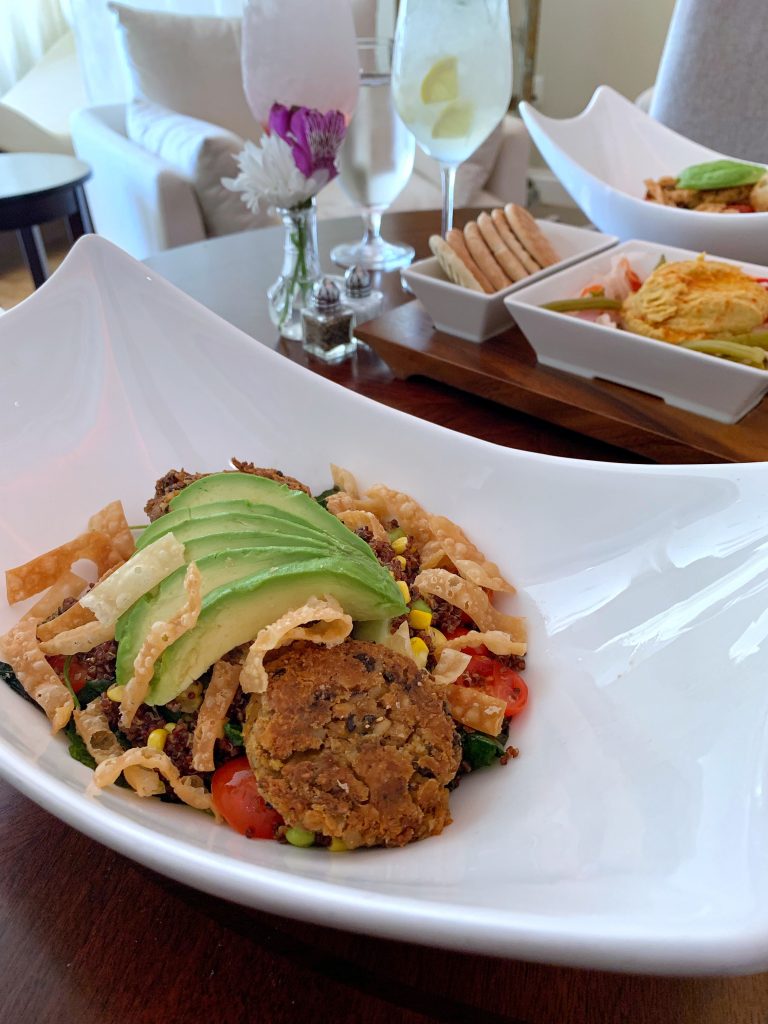 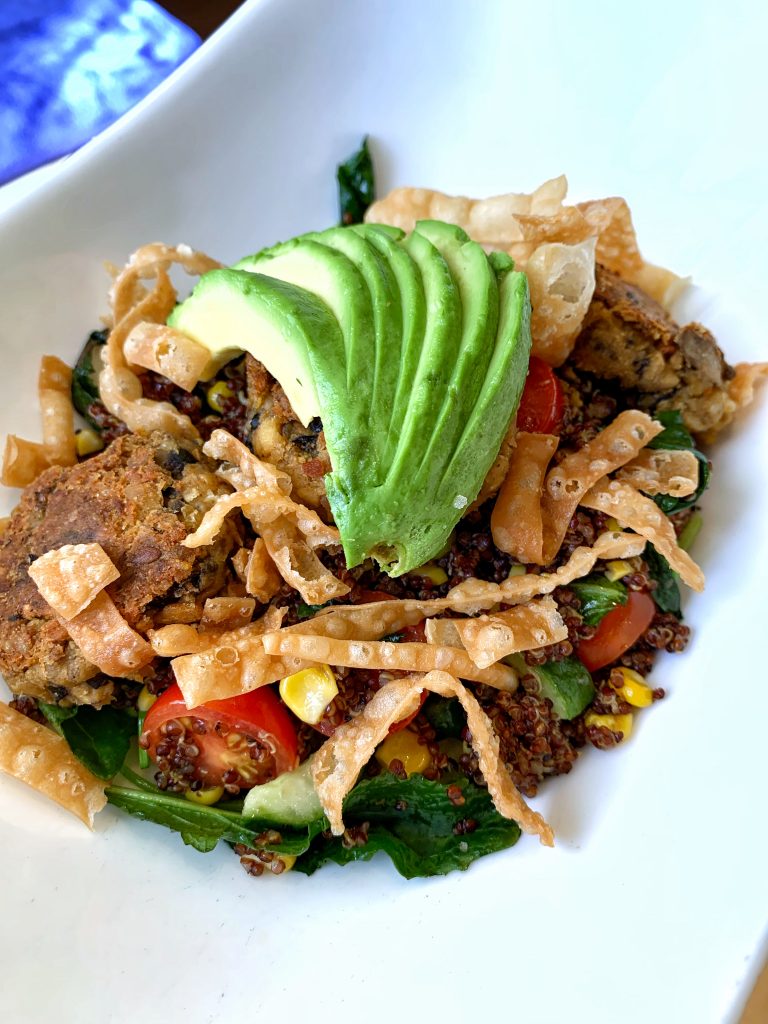 The base of the bowls contained a vinaigrette dressed mixture of quinoa, dark leafy greens, corn and grape tomatoes. This combination was topped with several perfectly seared mini plant-based burger patties and thinly sliced avocado. Crispy wonton strips were added as garnish and the entree meal was finished off with a sprinkling of sea salt. 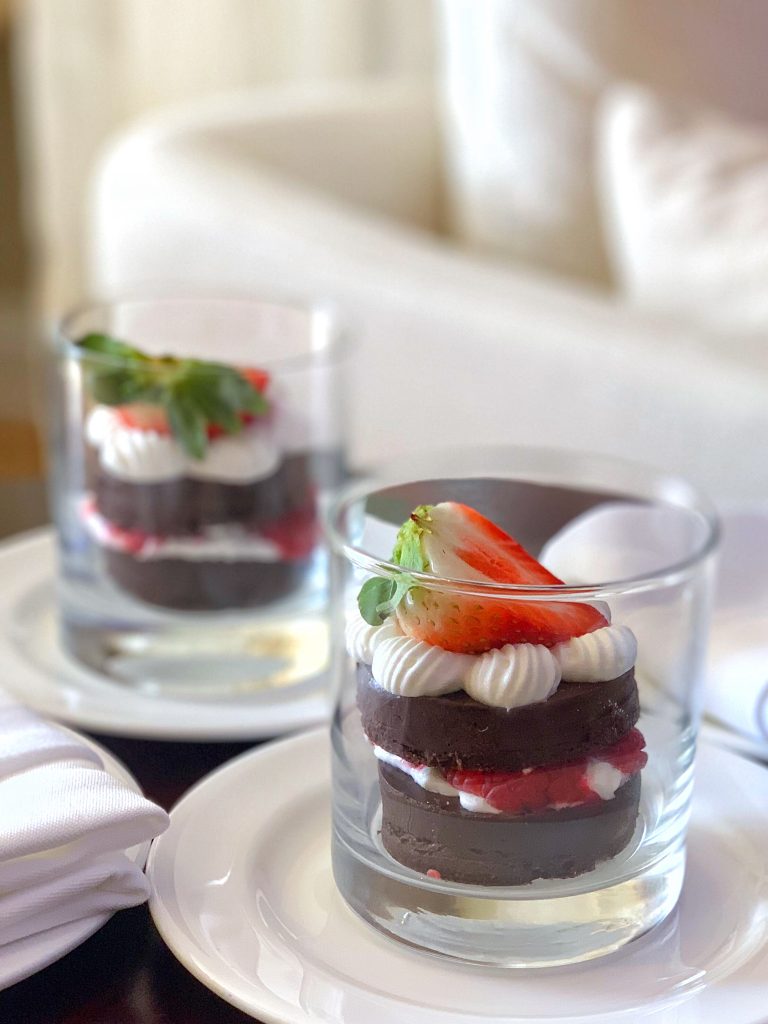 A perfectly portioned vegan chocolate torte. The base was a rich fudge brownie topped with dark chocolate ganache. That layer received a small amount of vegan whipped cream. Next fresh raspberries and then another layer of chocolate brownie and ganache. More vegan whip and a half of a strawberry to top it all off. 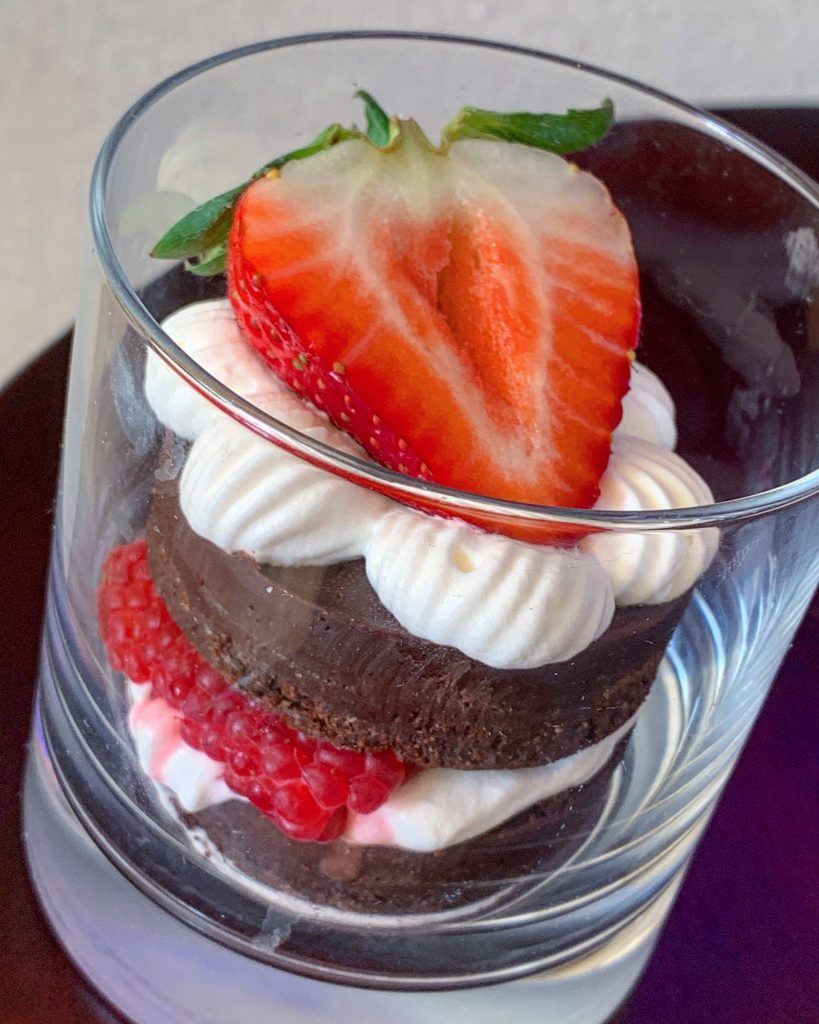 Lunch was served inside the spa’s Tranquility Room, which happens to be a coed space. The Spa is adding on an outside lanai, which is almost complete for guests wishing to dine outside.

This isn’t the first time I’ve had an unforgettable vegan meal at the Waldorf Astoria. My husband and I dined at their signature restaurant Bull and Bear last year where I was presented with a five course vegan dinner. You can read about that meal here – Vegan Steakhouse Experience at Bull & Bear in the Waldorf Astoria Orlando

For more on the spa and it’s services visit WaldorfAstoriaOrlando.com

Special thanks goes out to the wonderful folks at the Waldorf Astoria Orlando for hosting me and my guest for the purpose of this review.

WANT TO REMEMBER THIS OPTION? Save the “Vegan Disney Food Review: Lunch in the Waldorf Astoria Orlando Spa at Walt Disney World” pin to your favorite Pinterest board.