We recently shared the updated menu at California Grill over at Disney’s Contemporary Resort at Walt Disney World. As we mentioned in that review, the chef told us we could modify a salad to make sure it was vegan. Despite that, we enjoyed the new pasta dish and the vegan Blueberry Doughnut dessert that night. Little did we know that modifying that salad meant adding a doughnut!

If we knew we’d get a doughnut in place of croutons, we would’ve ordered this too! Michelle’s salad included heirloom beets, apples, golden raisins, walnuts (unseasoned to avoid shared production with the glazed nuts). Served with a mustard vinaigrette, and this lavender donut. Definitely a different way to enjoy a vegan modified option. We’re sure the salad can be modified to a guest’s specifications if any of the above items won’t work.

Given that croutons are often a salad topping, and some of the best salads are those that mix savory with sweet in the form of candied pecans or cranberries, etc. this donut accompaniment seems like the perfect pairing! 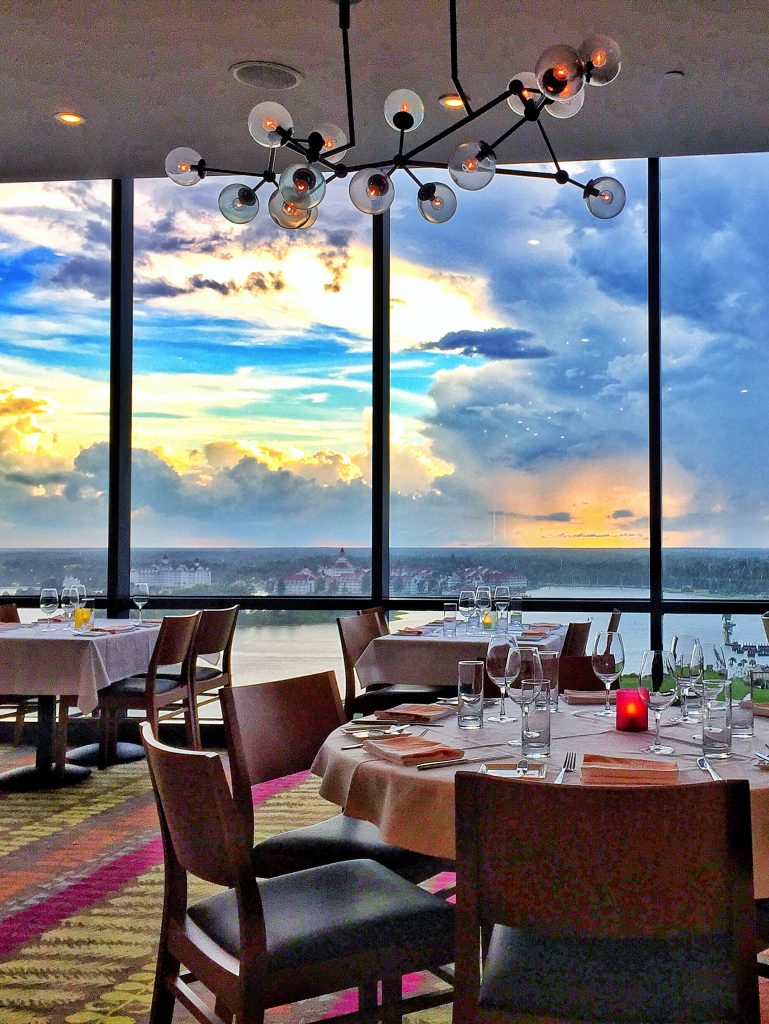 It’s also wonderful to know that there are chefs out there willing to think outside the box when you want more than just pasta or just salad. This dish reminds us that Walt Disney World (and Disneyland when it’s open) consistently prove they are great places to try new vegan items.