Here’s a look at the all new, plant based Vegan Garden Patch Cottage Pie at The Crystal Palace in the Magic Kingdom at Walt Disney World.

You can find this hearty vegan dish at The Crystal Palace on the outskirts of Main Street U.S.A. In the Magic Kingdom at Walt Disney World.

The Crystal Palace is an all-you-can-eat character buffet set in a Victorian greenhouse where guests dine with friends from the 100 Acre Wood like Winnie the Pooh, Eeyore and Piglet.

This dish is new and is one that we were able to sample earlier this month when hosted at a special plant based press event.

This dish had a base of veggies and vegan “meat” in a savory sauce that was topped with mashed potatoes and fresh herbs. 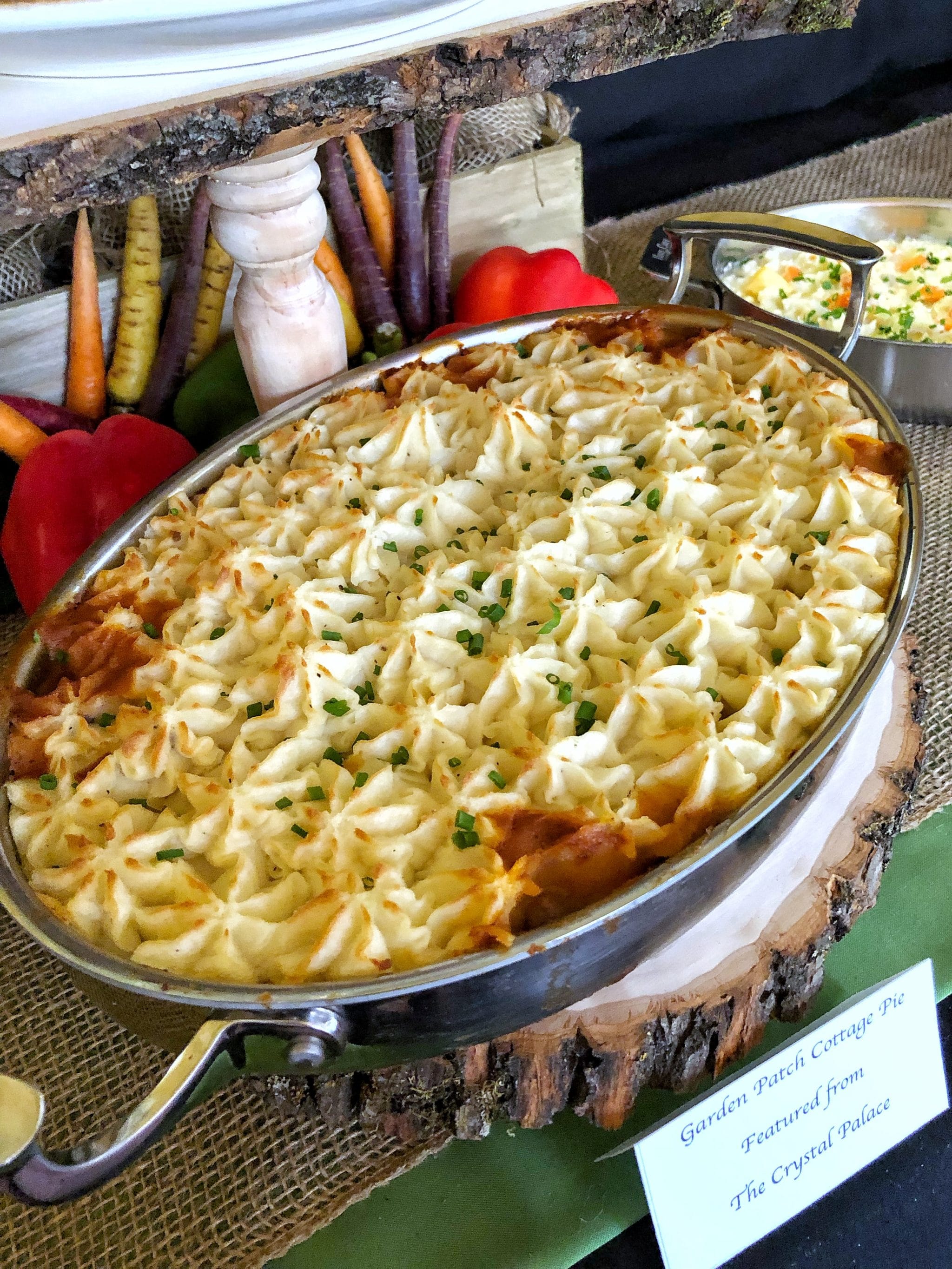 In all honesty, I took a bite thinking it would be similar to the Impossible Cottage Pie that’s currently being served at the Epcot International Food & Wine Festival. However, this one had an odd combination of seasonings that didn’t have me coming back for more.

WANT TO REMEMBER THIS OPTION? Save the “ Vegan Garden Patch Cottage Pie at The Crystal Palace in Magic Kingdom” pin to your favorite Pinterest board. 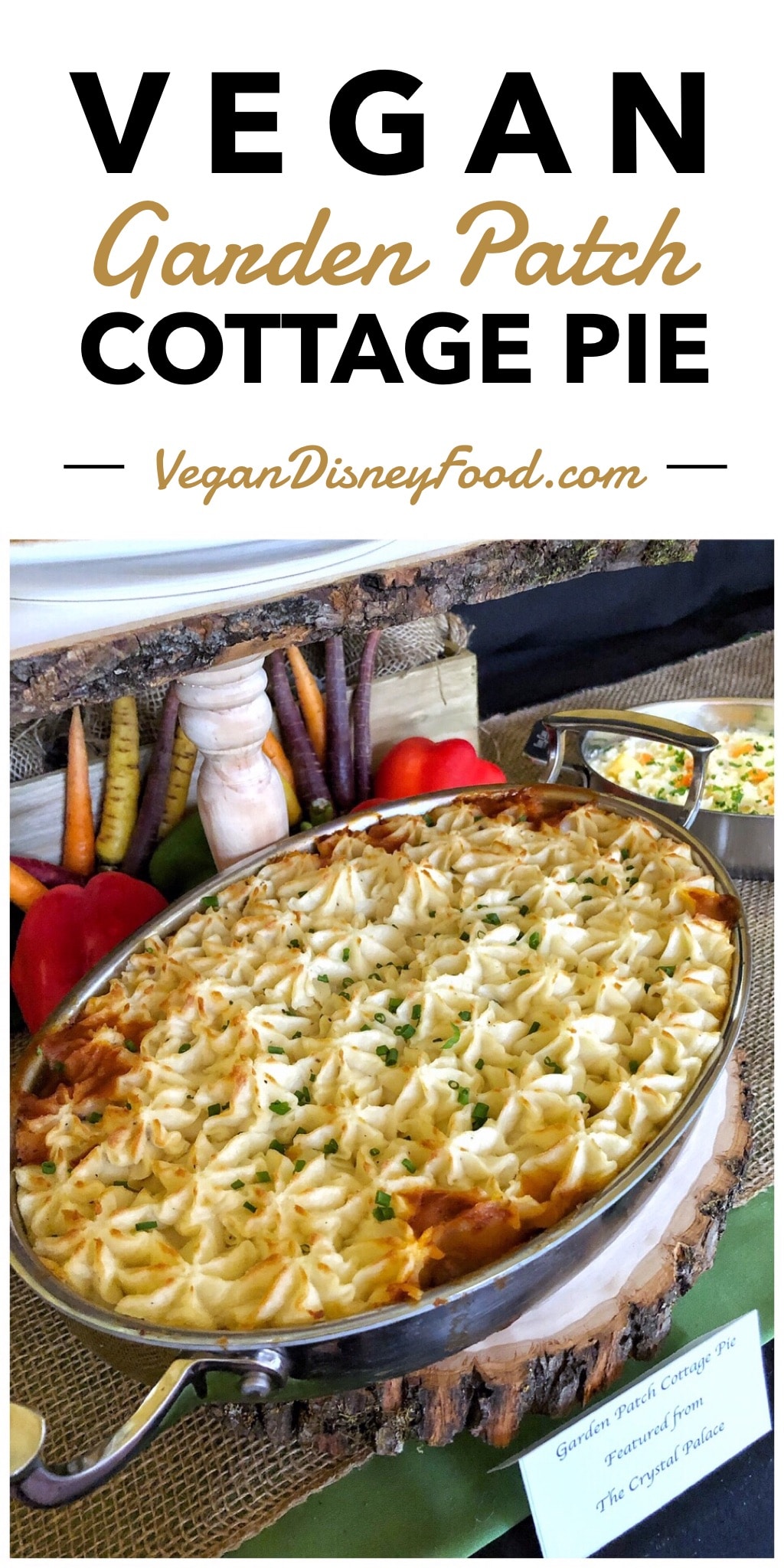