We know the food is pretty to look at, and the reviews are great knowledge to have. But we also know if you’re in a park, you want to know where to go and how to get the vegan items you want! That brings us to our Walking Guide Map to all the Vegan items at the 2021 Taste of EPCOT International Flower & Garden Festival with EPCOT Map!

Simply look at the guide map below and follow along the item list to see where you need to find all the plant-based vegan items at the 2021 Epcot Flower & Garden Festival!

If you are walking in from the front entrance, you will have a choice to walk to the right toward the Seas with Nemo & Friends, or the left and Test Track. You’ll definitely want to make a complete circle at some point, because there are topiaries on both sides.

For this guide, since the right has the butterfly garden, we’ll head right first. 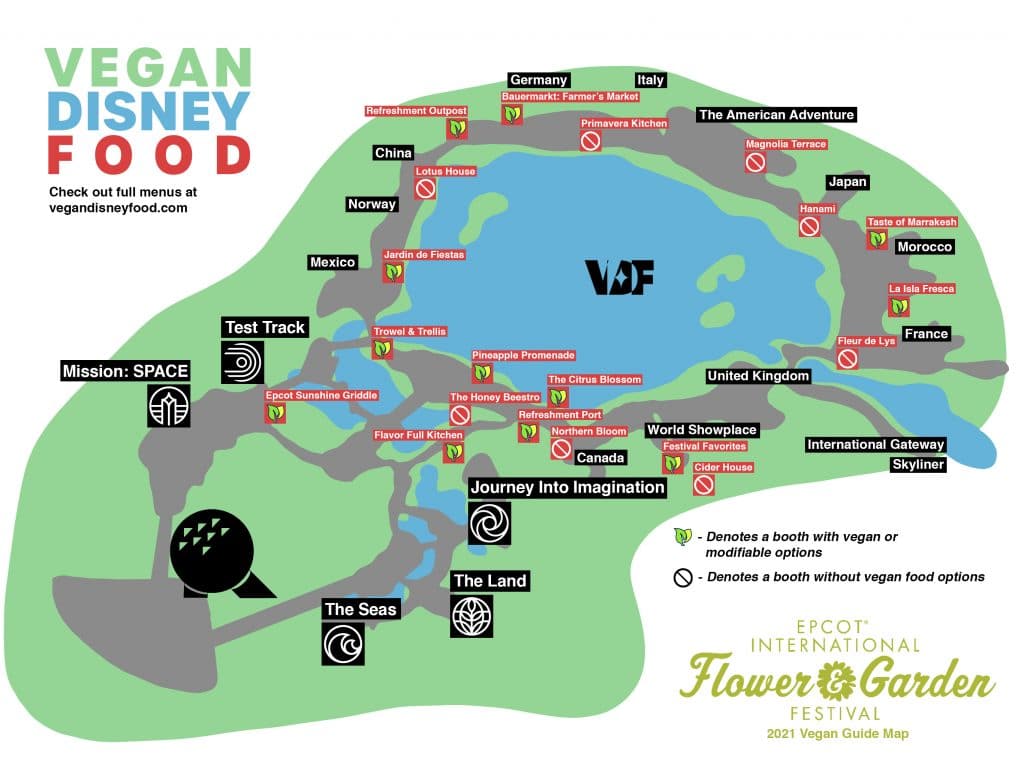 If you decide to go left, and go to Mexico first, simply read this list up from the bottom.

The first Outdoor Kitchen you’ll come to this way is:

Before you head toward Canada, walk toward Port of Entry and on the left pop over to:

This is also where you will redeem your Garden Graze stamps for your free Dole Whip!

Then pop across the way to get an Orange Bird Sipper!

Next up walk back toward Canada in the World Showcase:

Enjoy that Poutine, but save room for the next vegan item!

Festival Favorites inside World Showplace between Canada and the United Kingdom

Next up is the booth between France and Morocco.

From there you’ll mosey over to Germany:

Next you’ll venture to:

Promenade to Mexico next:

That will then send you to the entirely plant-based booth:

Then you can end (or begin if you started on the left!) at:

NOTE: Frushi at Hanami in Japan has NOT been vegan in the past. Even without the whipped cream – but we will check if Disney stopped using cochineal this year. Confirmed, they are still using cochineal in the soy wrap.

We will keep an eye on Epcot Farmers Feast  in World Showplace which will be rotating new items throughout the festival. Maybe we’ll get some vegan ones on the second rotation??

Save this Vegan Walking Guide Map to the 2021 Epcot Flower & Garden Festival on Pinterest: 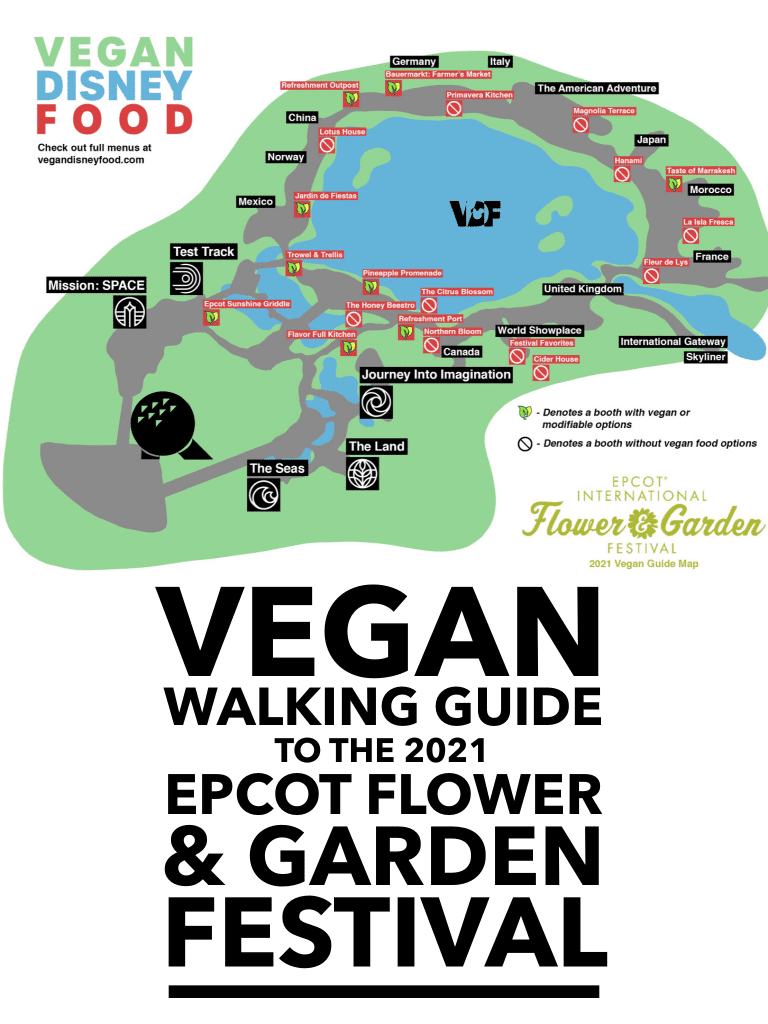 If you are looking for photos and complete menus, head to our Complete Vegan Guide to the 2021 EPCOT Flower & Garden Festival and our Garden Graze 2021 Guide. Watch our opening day review of the new vegan items here: 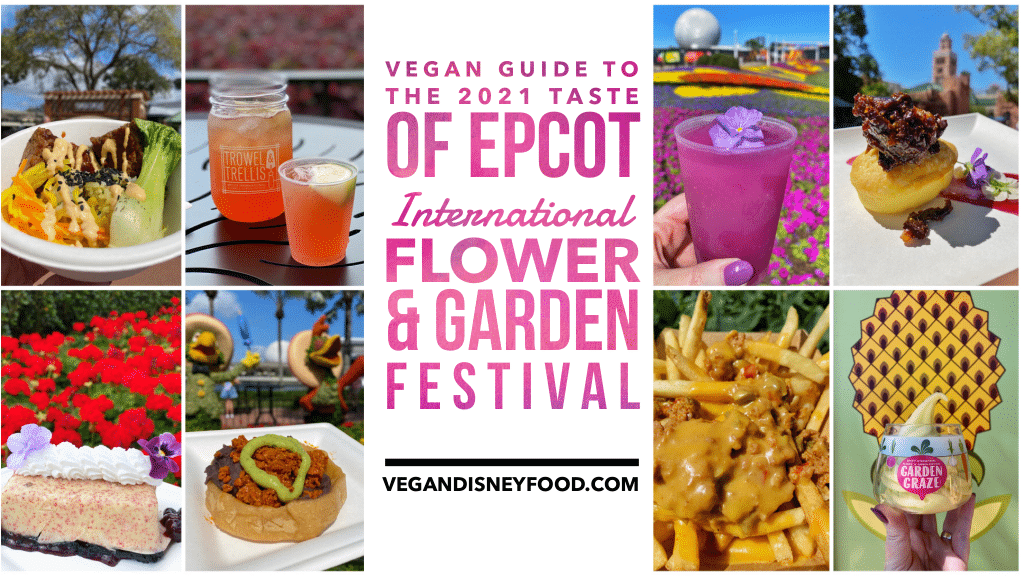