Iconic Disney villain, Maleficent made a grandeous return to Disney’s Festival of Fantasy parade yesterday at the Magic Kingdom and she brought a vegan fan favorite back with her…

Last May you may have remembered that the famous dragon let her heartburn get the best of her when she erupted into a fiery glow of flames.

She’s since had some work done through the magic of Disney imagineering. Let’s call it Steampunk 2.0 with some security features to keep that flame in check. 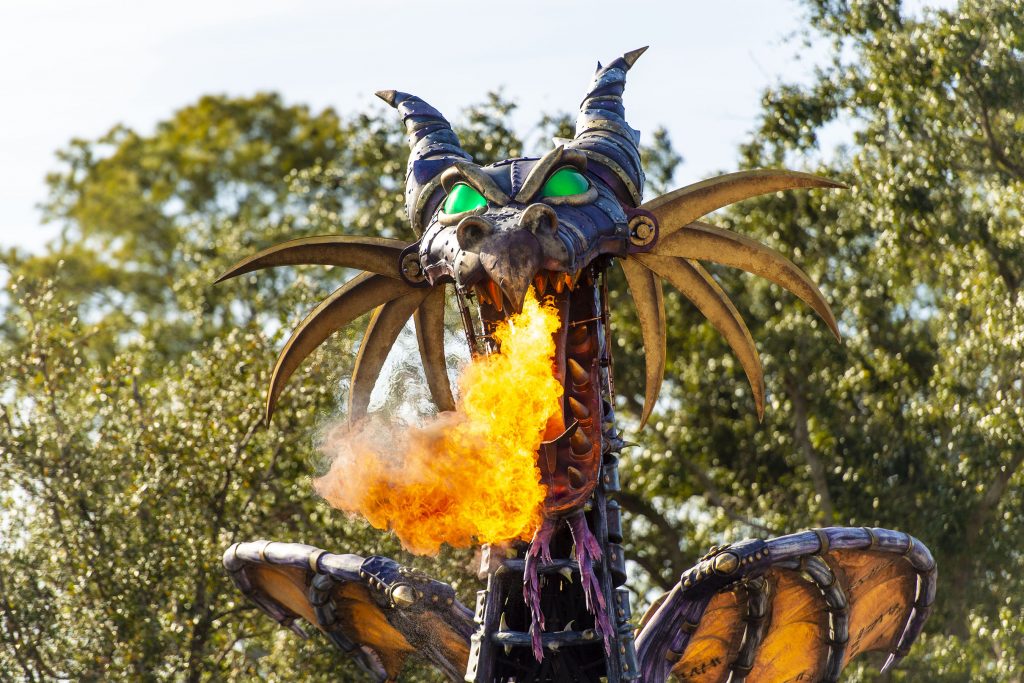 But what we here at “Vegan Disney Food” are most excited for is the return of the Maleficent Dessert at Storybook Treats.

It’s priced at $5.29 and you can find it in Fantasyland adjacent to the Seven Dwarfs Mine Train attraction.

This dessert is equal parts evil and equal parts sweet. It consists of green lime Dole Whip swirled into a black waffle cone and is topped with purple sugar. Ask to omit the chocolate Maleficent horns to make it completely vegan.

This snack item first made its debut in 2018 during the Halloween season and boy are we glad that it’s back! 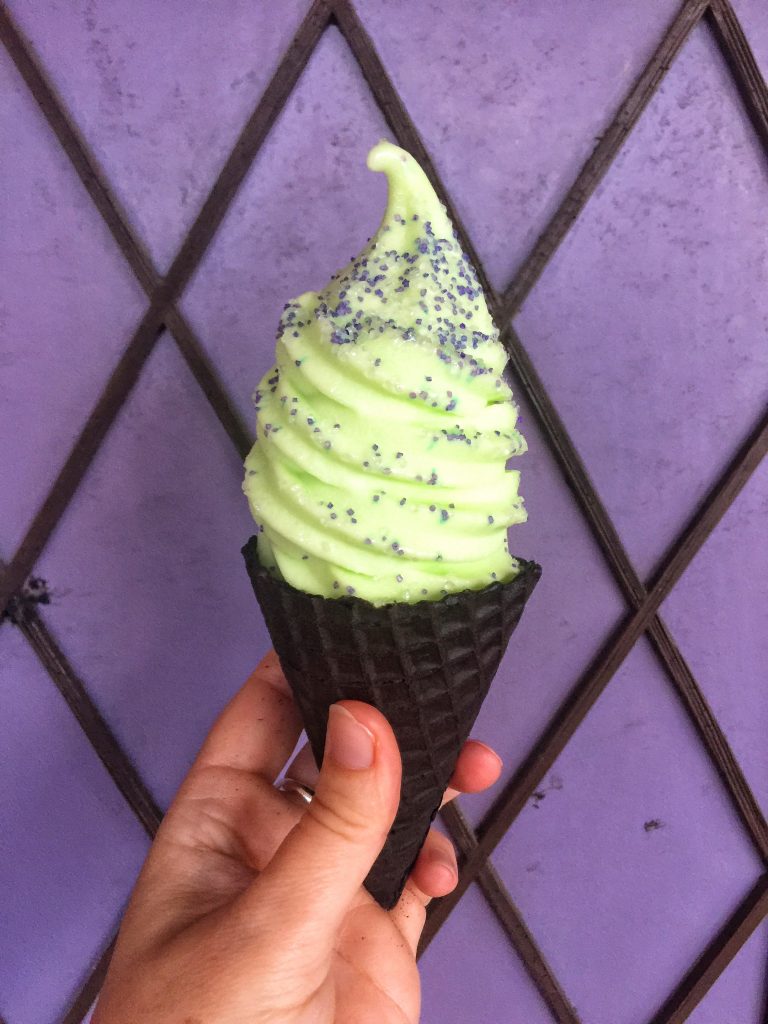 Also making their return to the Magic Kingdom in the Festival of Fantasy parade are Maleficent’s ravens, Prince Phillip & the Fairies Flora, Fauna and Merryweather.

Ask for no wings on Tink’s Pixie Dusted Cone to make it vegan. The cone is rimmed with sour apple cotton candy and sprinkled with edible glitter. 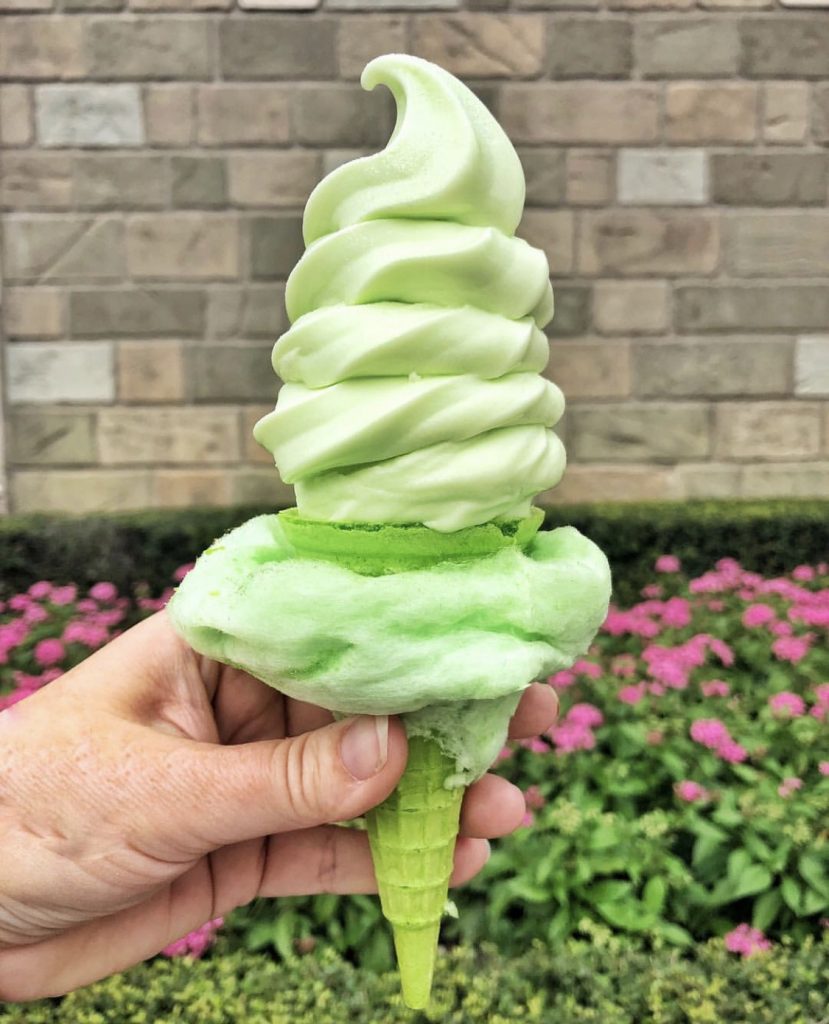 Omit the red feather on the Peter Pan Float to make it vegan. This float is simply lime Dole Whip in Sprite. 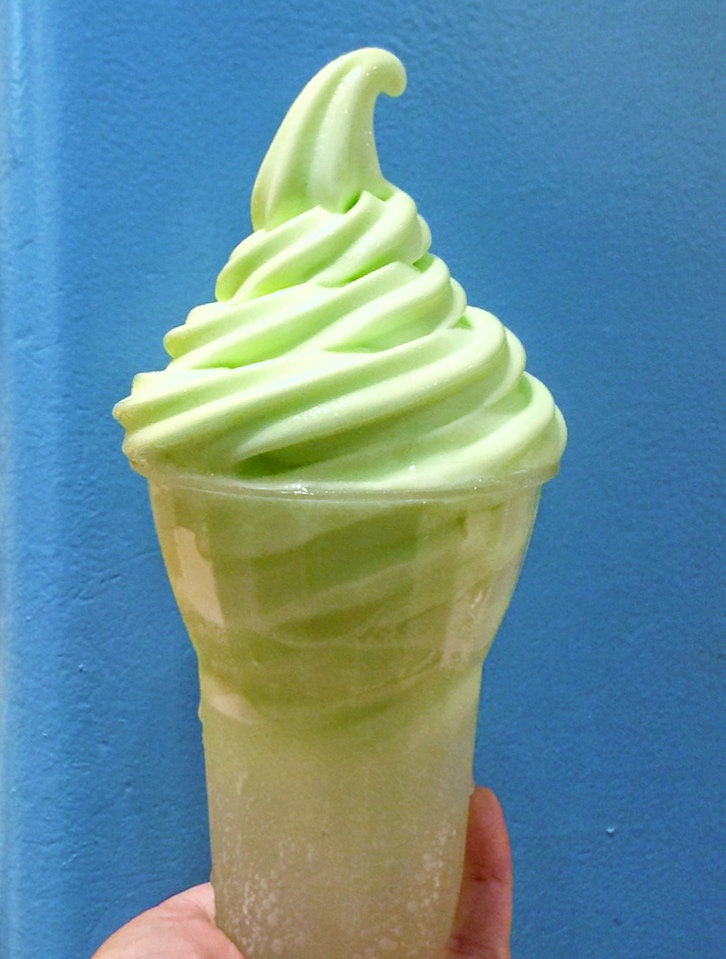 We’re not sure how long the Vegan Maleficent Lime Dole Whip Dessert Cone will be around so grab one before they disappear again!