This vegan Bavarian pretzel at BaseLine Tap House in Disney’s Hollywood Studios is where it’s at when you’re in need of a quick snack.

This beauty is the Bavarian Pretzel off the “Snacks and Small Plates” menu at BaseLine Tap House on Grand Avenue in Disney’s Hollywood Studios at the Walt Disney World Resort in Orlando, Florida.

The pretzel is a perfect accompaniment to the ice cold beer served here. 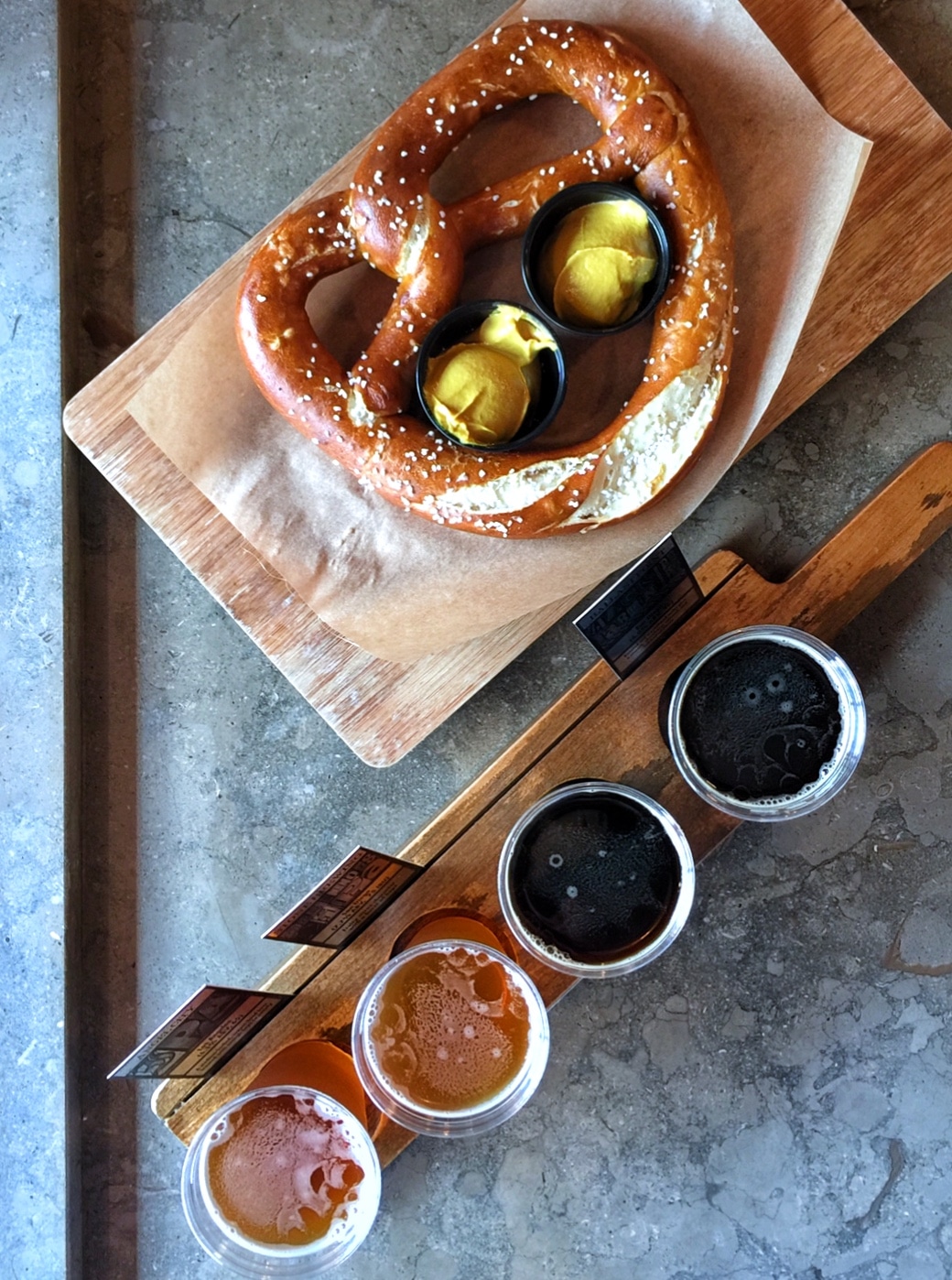 I took a look at the allergy binder and the pretzel is vegan with a “buttery” flavoring much like the “buttery” vegan popcorn you can get across property.

Ask for it it without the beer-cheese fondue and double up on the spicy (it really wasn’t spicy) mustard. 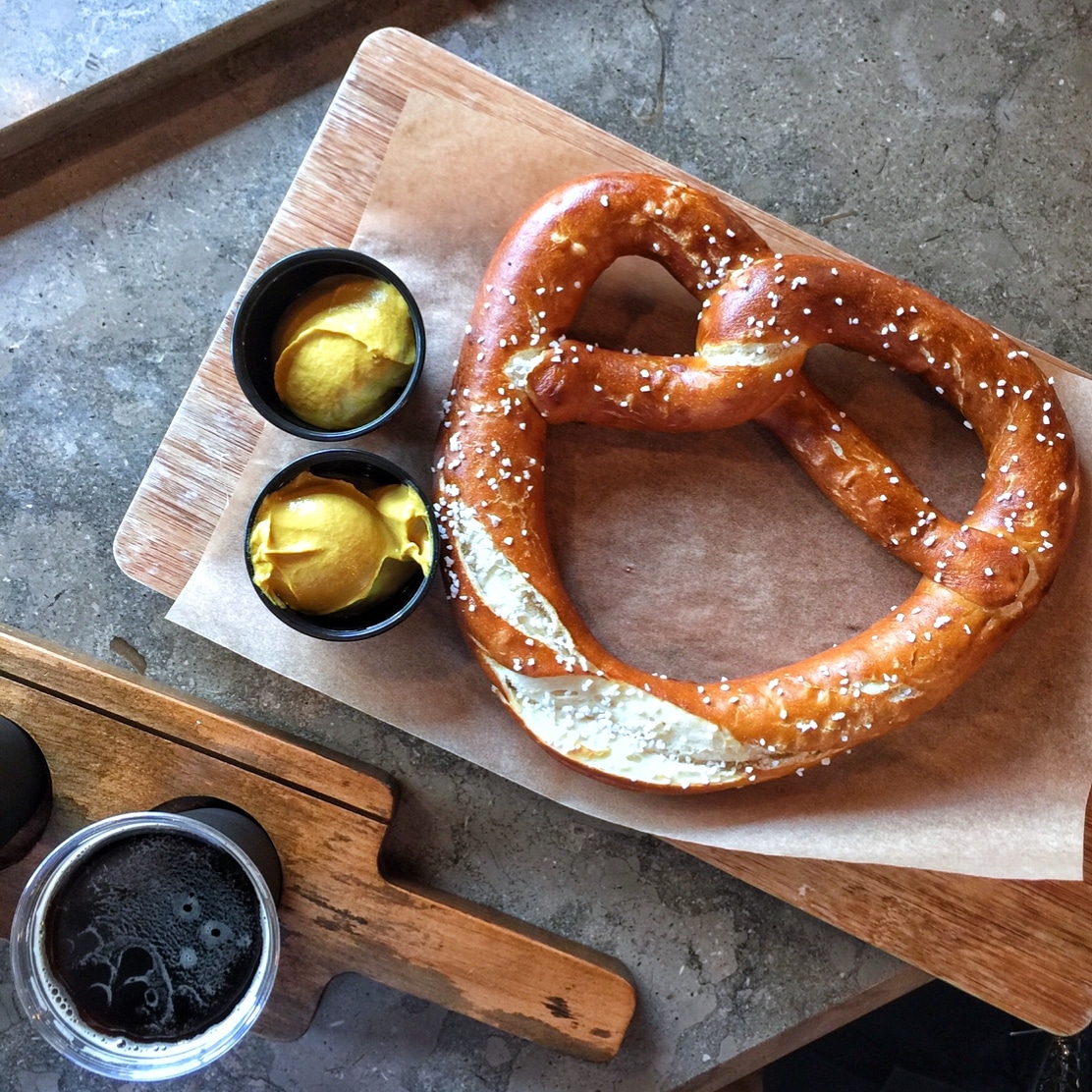 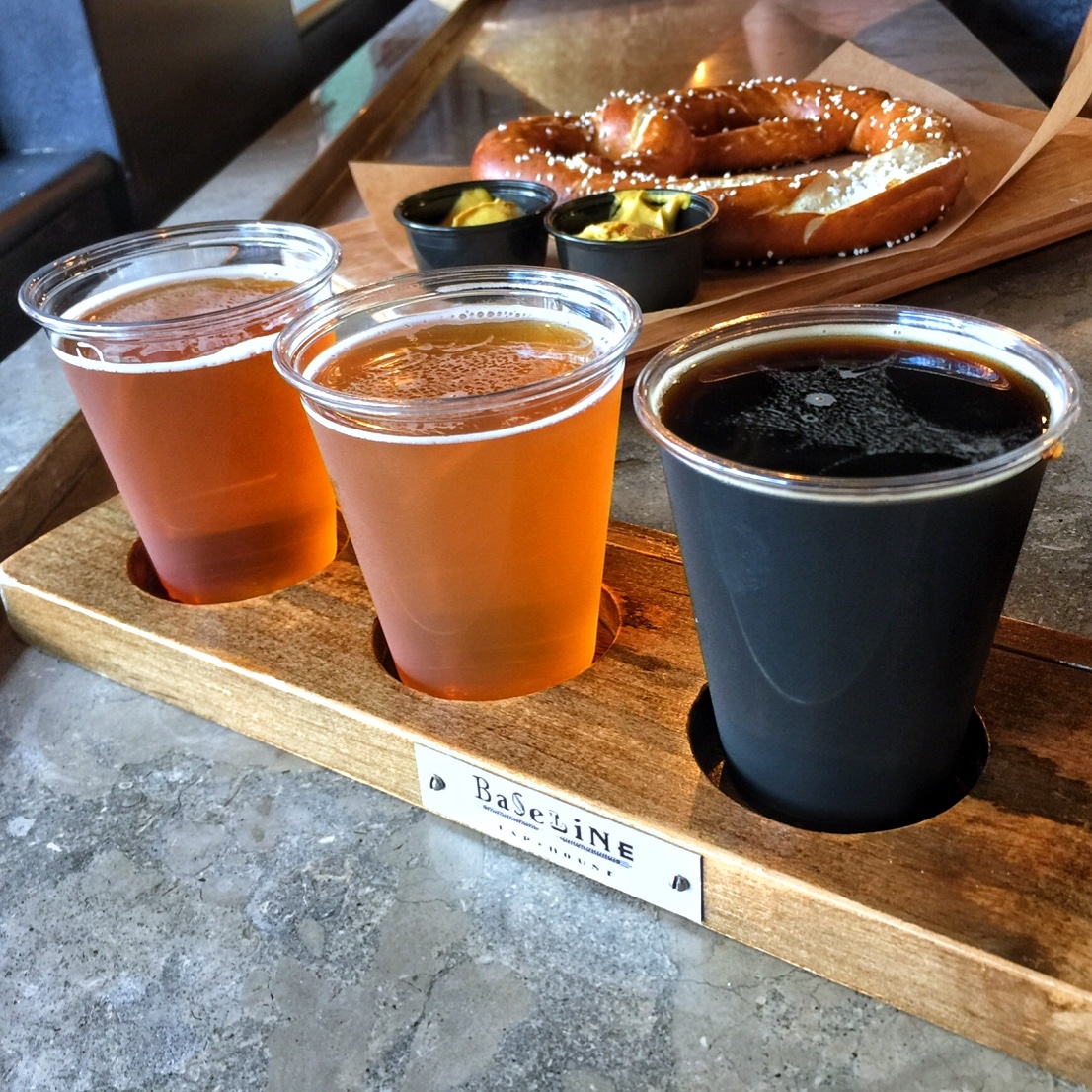 In addition to beers, this location also has cider, cocktails, non-alcoholic beverages and wine on tap.

There are also regular and USB plugs along the perimeter of the space for charging your devices while snacking!

Seating is also available outside on the terrace. 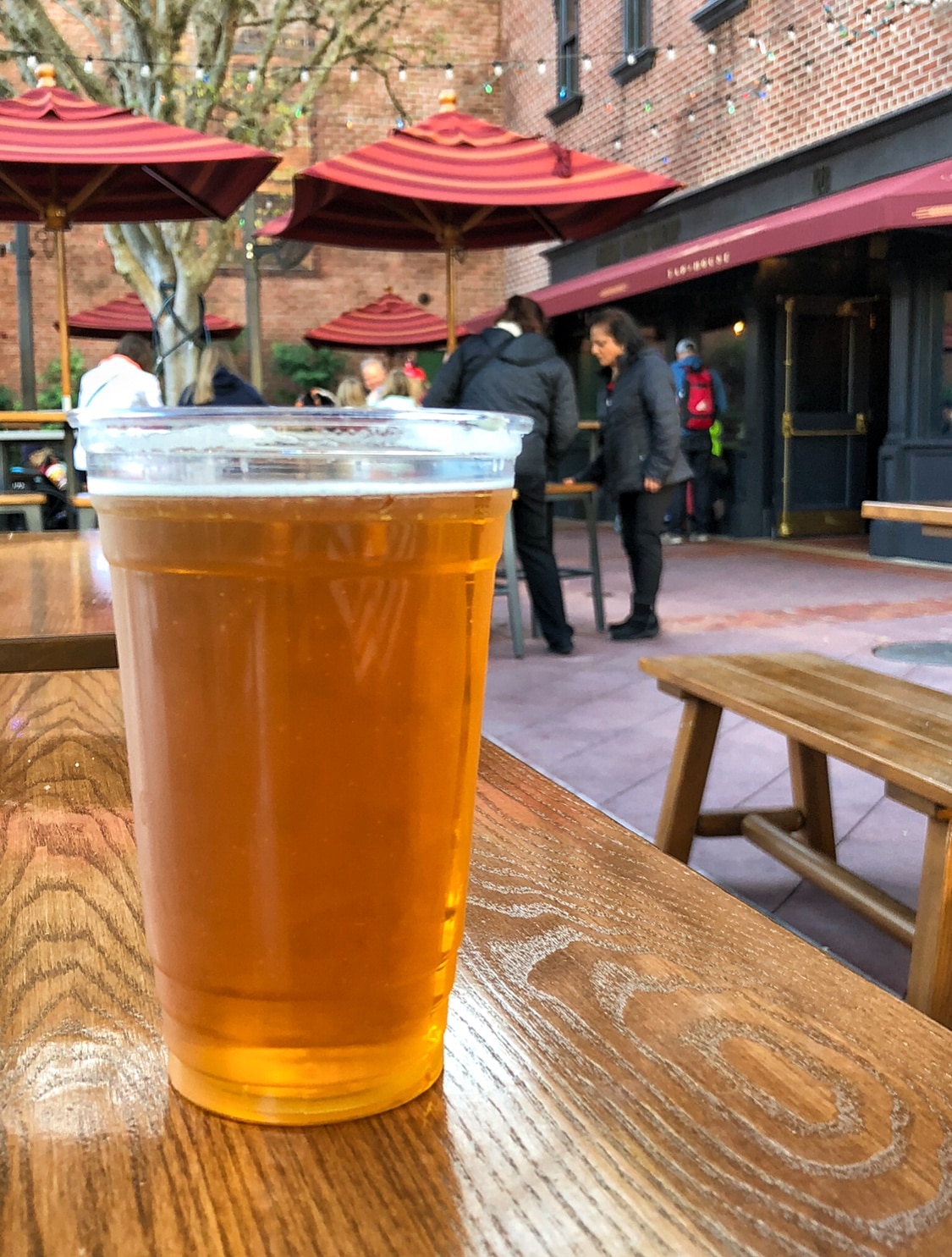 WANT TO REMEMBER THIS OPTION? Save the “Vegan Pretzel at BaseLine Tap House in Disney’s Hollywood Studios” pin to your favorite Pinterest board. 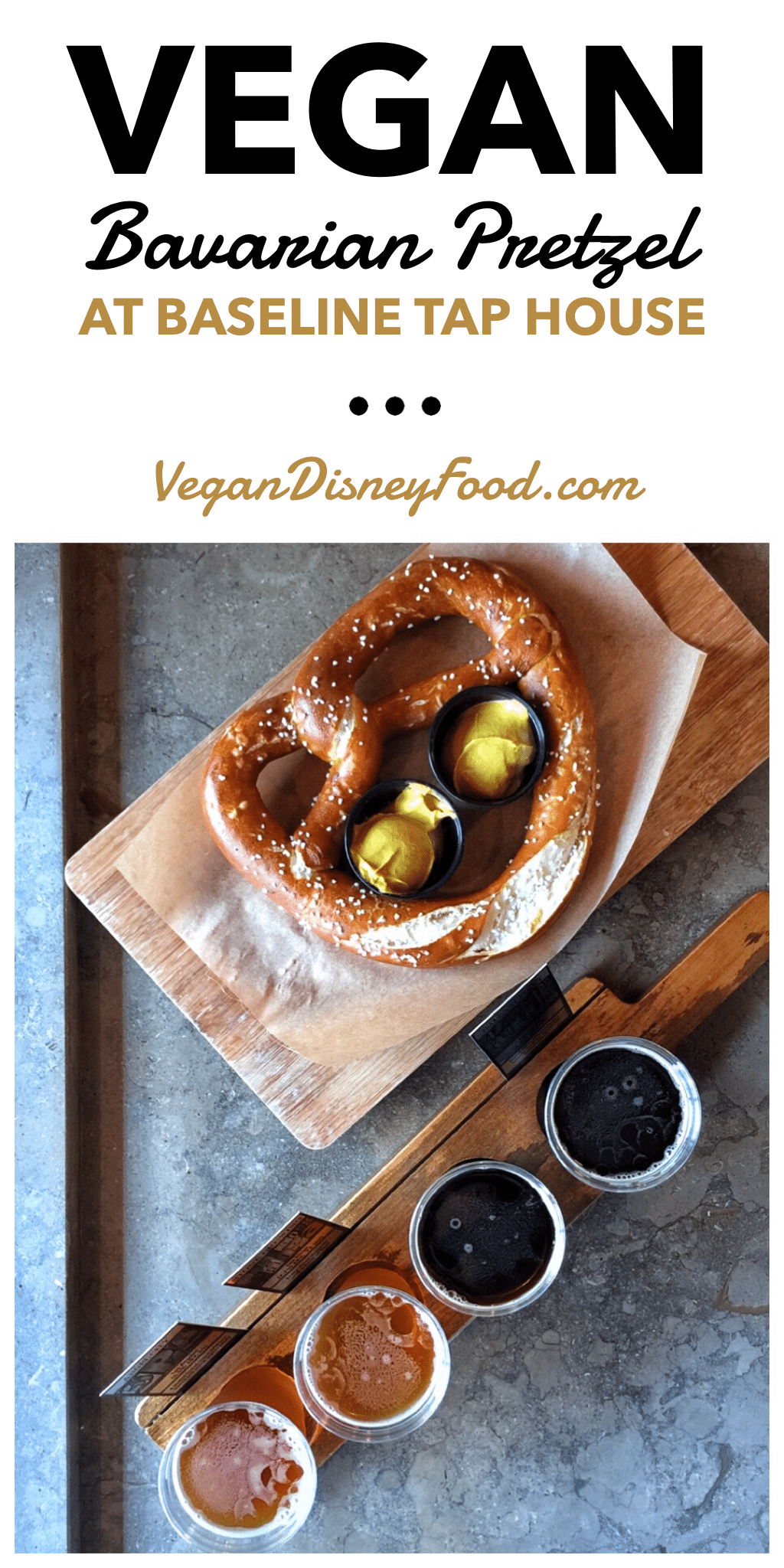