If you missed our post yesterday about the new Teriyaki Tofu Bowl, there was another menu update in that same Disney Parks Blog foodie update – including Spiced Potato Hand Pies in Disney’s Animal Kingdom! I didn’t have high hopes for this being vegan, because there had been potato hand pies served in Galaxy’s Edge in Disneyland for Life Day, and they contained dairy. However, Walt Disney World didn’t do us wrong, and has made these Spiced Potato Hand Pies vegan as is. There is one modification, keep reading to learn more. 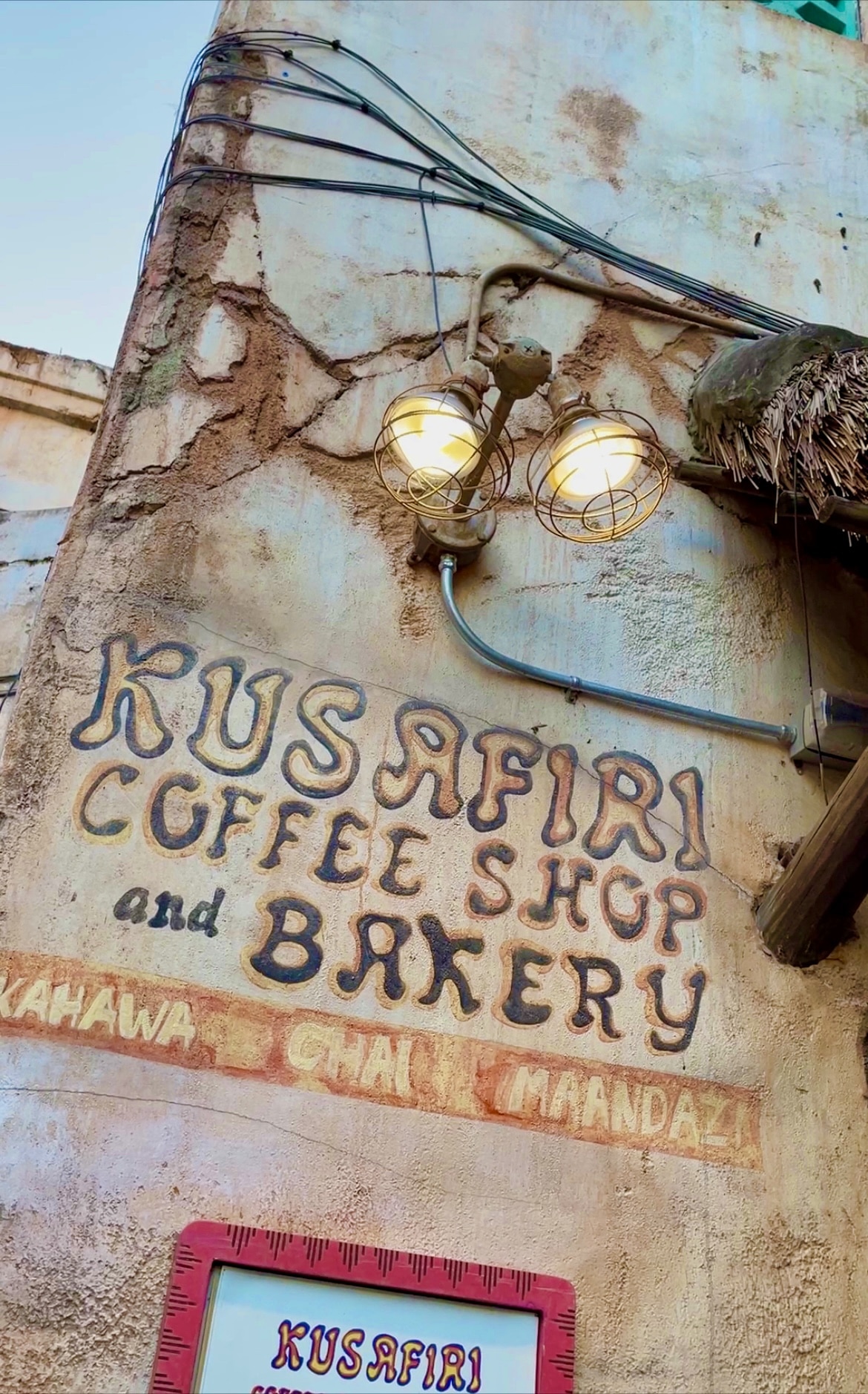 These Spiced Potato Hand Pies can be found at Kusafiri Coffee Shop & Bakery, which is located right next to Tusker House, in the Harambe section of Africa in Disney’s Animal Kingdom. Just walk toward the Kilimanjaro Safaris, and look on the left before you get to the safari entrance.

Kusafiri Coffee Shop serves breakfast items in the morning, from 7:30a – 10:30a. All we can get there is a fresh fruit cup and coffee, but once it switches over to the Snack menu at 10:30, these Spiced Potato Hand Pies are available. Service ends at 6:30pm, so be sure you make it over before they close!

I wanted to extend a huge thank you to the chef who made us a hand pie so we could try it and get some photos. We arrived right after they closed and I still wanted to find out if it was vegan and after answering all of our questions so nicely, he made us a hand pie to try! 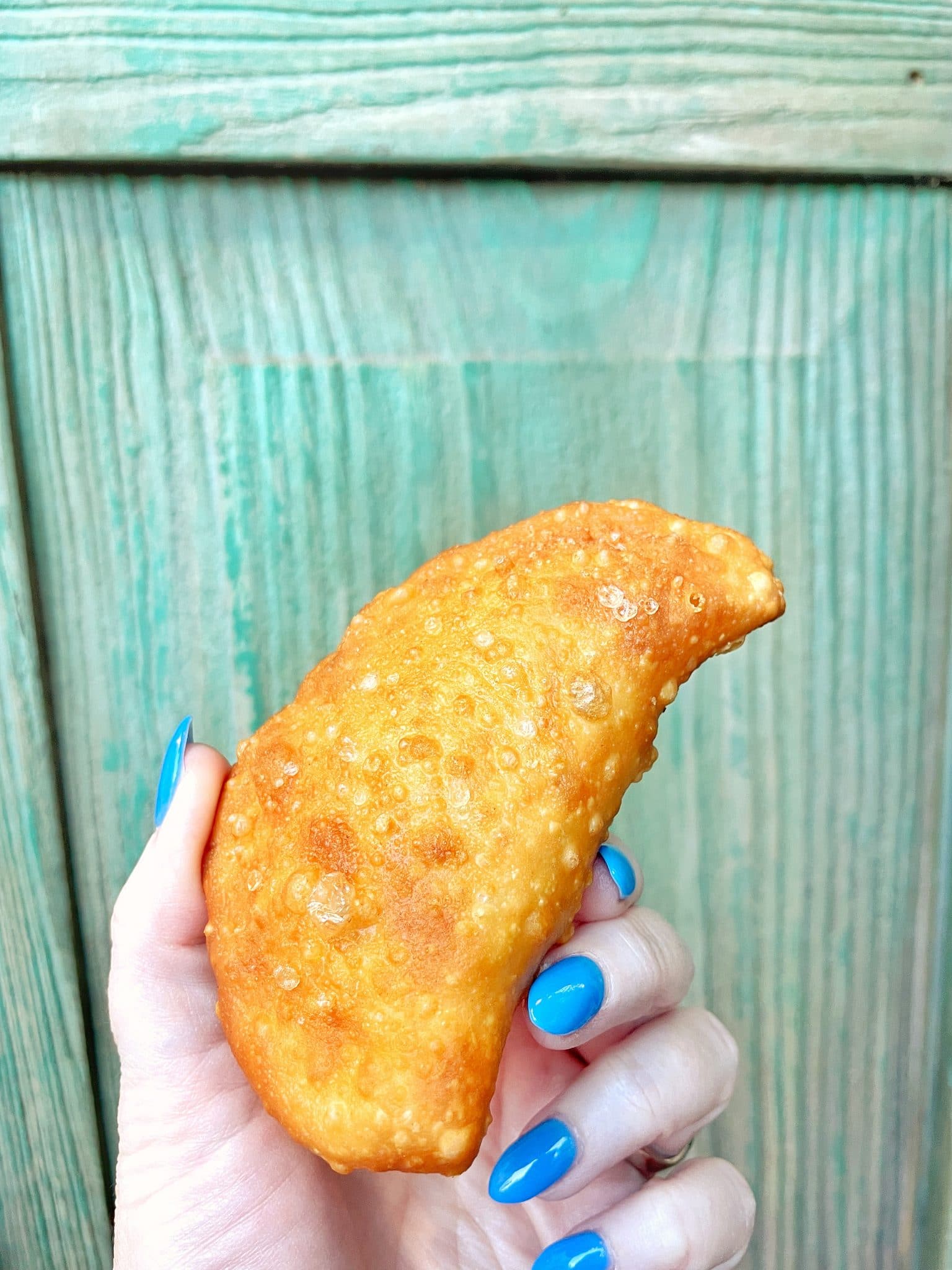 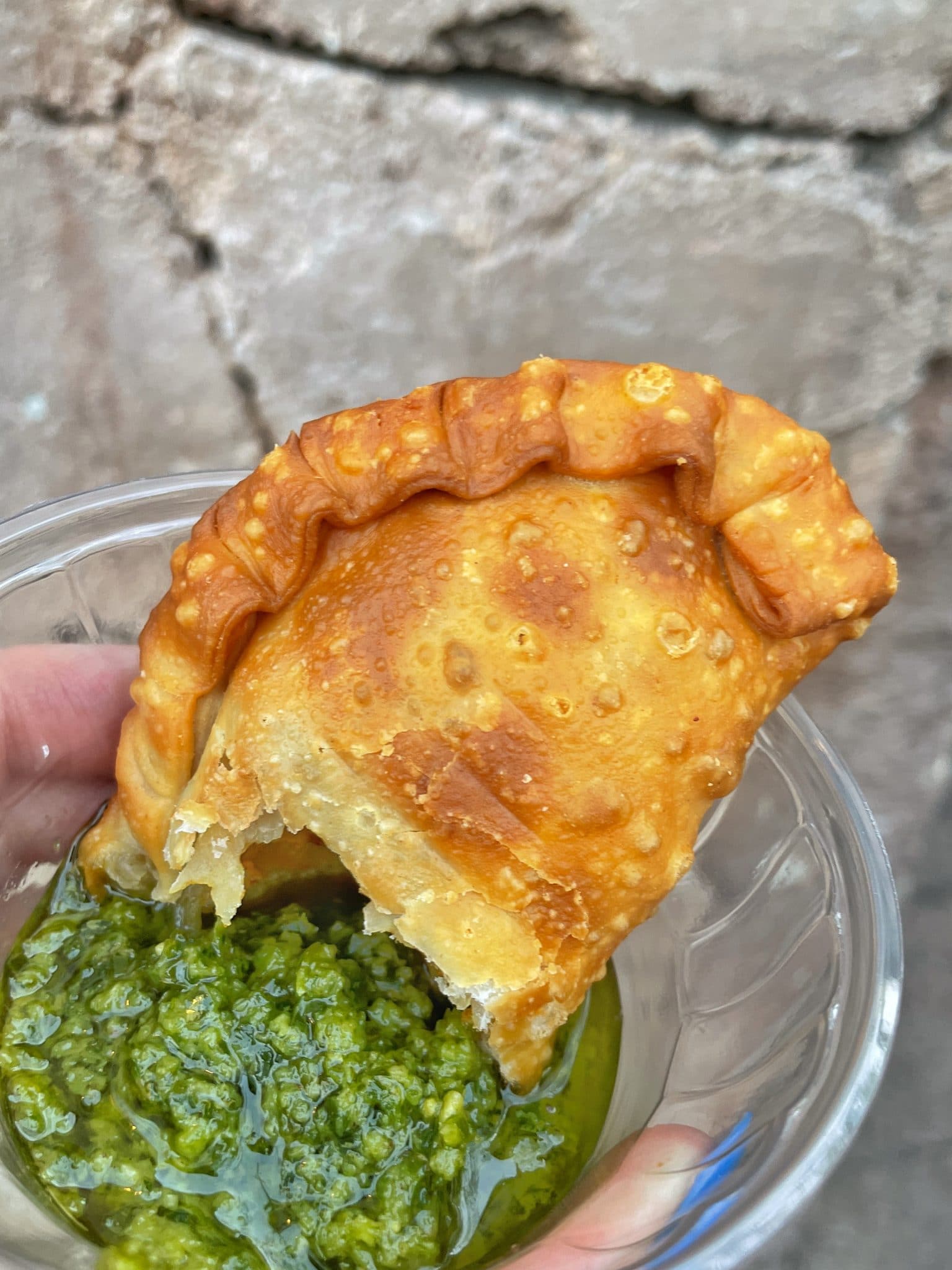 I cannot get over how delicious this hand pie was. The fact that it’s vegan makes me want to camp out at Animal Kingdom and just eat this for the rest of time. It is perfectly fried with crispy pastry, topped with a little sea salt for a chef’s kiss. Inside is onions, red potatoes, cauliflower, and a delicious blend of spices, similar to the flavors you’d find in a samosa. 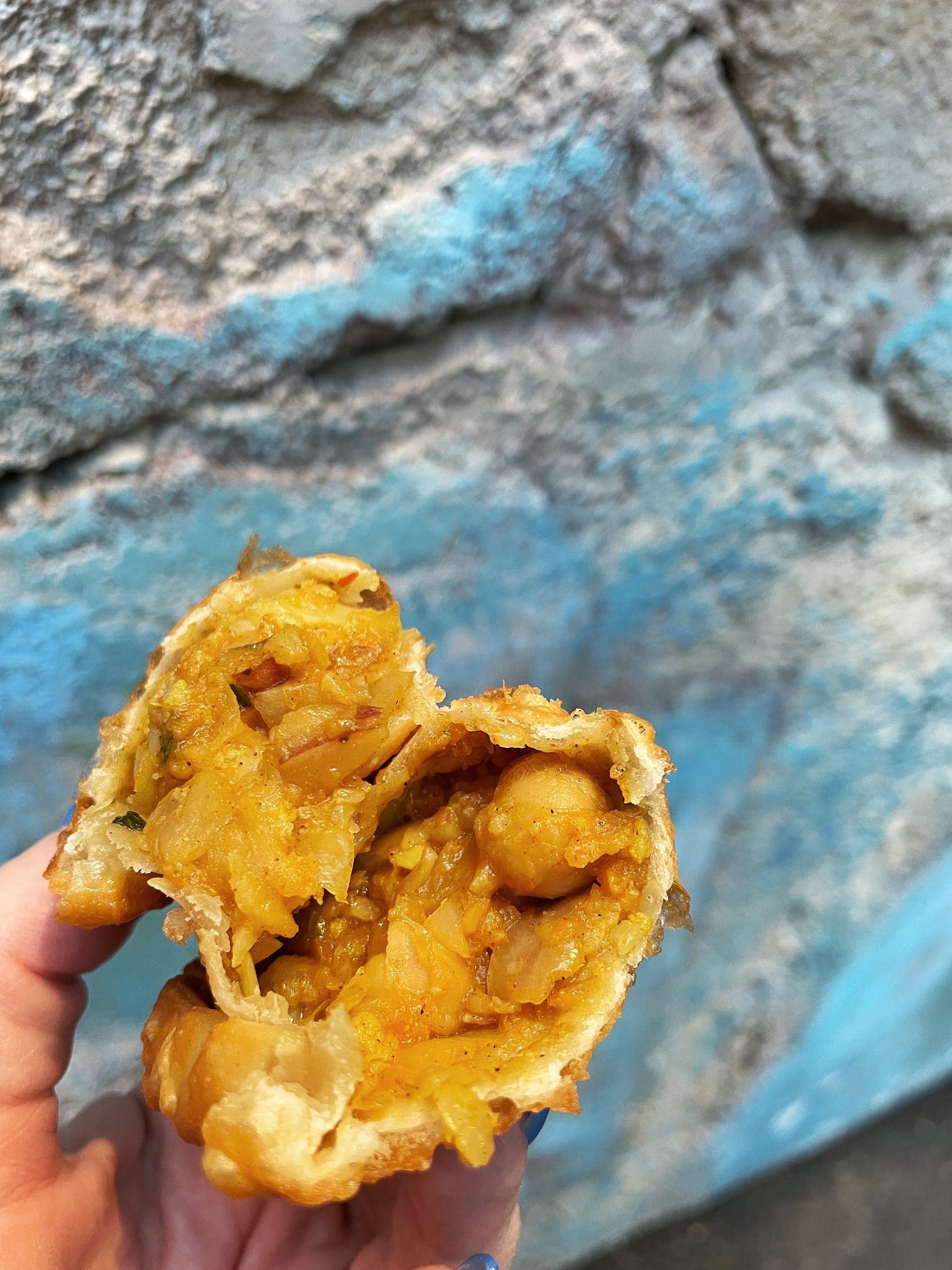 Take a look inside this glorious pie. It’s so full of flavor and not dry at all. I can’t stop raving about these Spiced Potato Hand Pies. 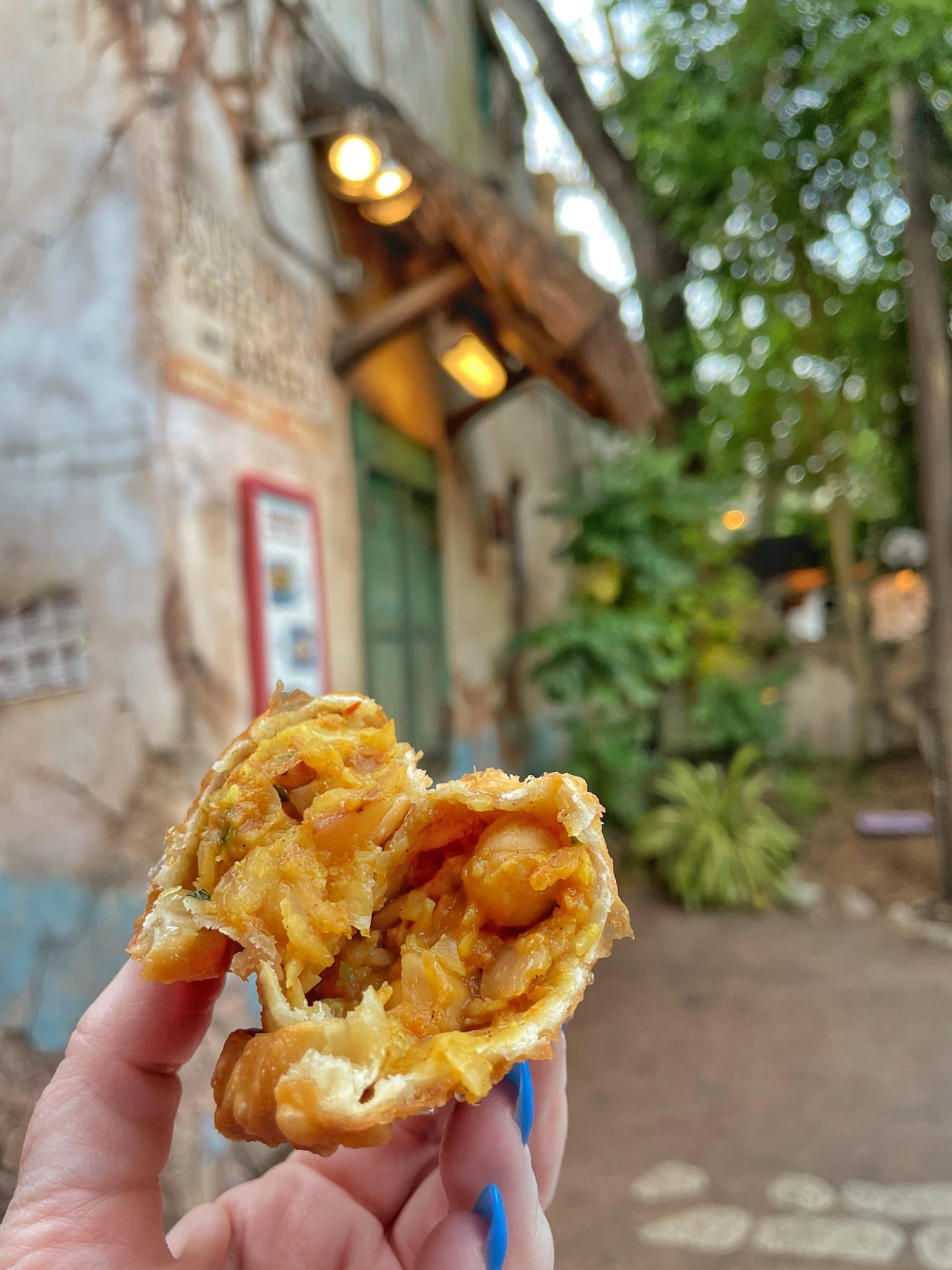 I cannot recommend them enough.  Run, don’t walk (ok maybe don’t run Disney doesn’t like that unless you are doing a runDisney race 😅) to Disney’s Animal Kingdom and Kusafiri Coffee Shop & Bakery for these vegan Spiced Potato Hand Pies!

Let me know if you try these beauties and of course tag me in your #VeganDisneyFood photos on instagram so I can share them too!