When life gives you Lemon Dole Whip…eat it as fast as you can before it melts down your arm.

This one is being served in the Magic Kingdom at Walt Disney World.

You can find it at Storybook Treats in Fantasyland.

Its The Lost Princess Cone. Fashioned after Rapunzel’s hair, it starts with a purple cone, topped with lemon Dole Whip soft serve and edible flowers.

The entire cone is vegan as-is.

WANT TO REMEMBER THIS OPTION? Save the “Vegan Walt Disney World – The Lost Princess Cone in the Magic Kingdom” pin to your favorite Pinterest board. 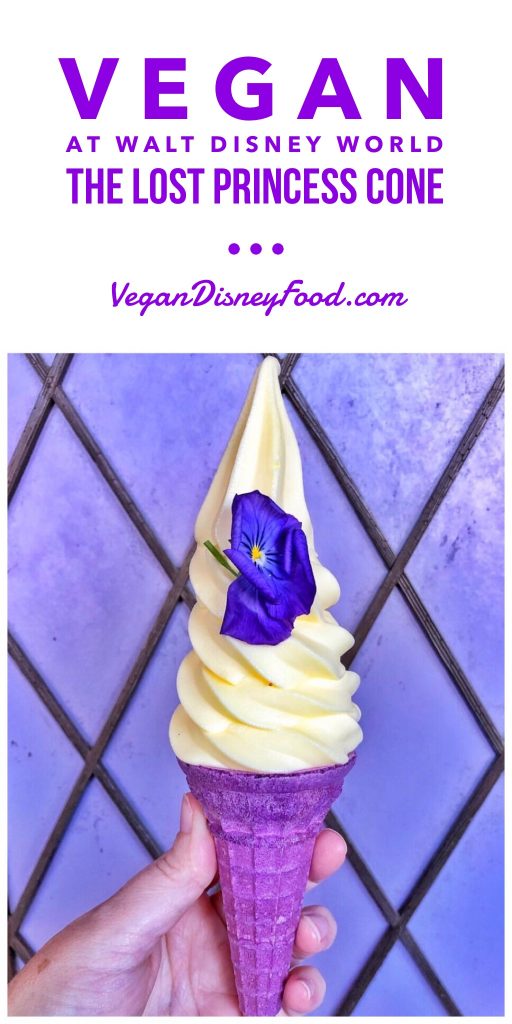