Here’s just one of the vegan dessert options for you to try at Jiko in Disney’s Animal Kingdom Lodge at Walt Disney World.

Wasn’t too coconutty over this dessert.

Last night a few of my friends and I headed out for dinner at Jiko.

The restaurant serves up a blend of traditional African, Indian and Mediterranean cuisine inside Animal Kingdom Lodge.

The table ordered a few desserts and this was one of them.

The desert is similar in texture to a flan and is made with coconut milk. The panna cotta gets a drizzle of berry syrup and is garnished with fresh strawberries and micro greens.

While no one was really wowed with it, it’s nice to have options.

Curious about the other plant based options at the signature dining location? Check out our dinner review here: Jiko Vegan Dinner Review in Animal Kingdom Lodge at Walt Disney World 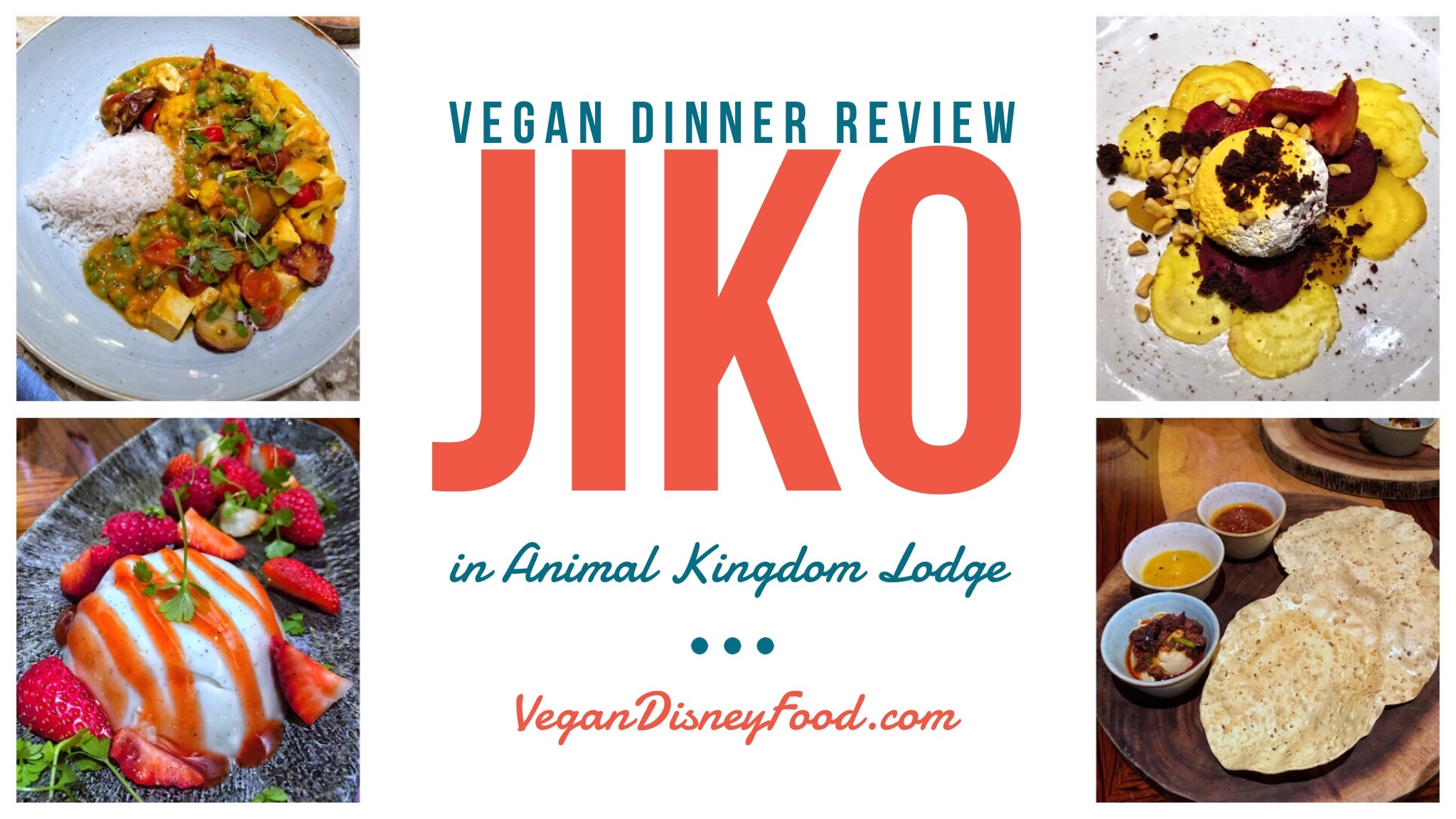 WANT TO REMEMBER THIS OPTION? Save the “Vegan at Walt Disney World – Coconut Milk Panna Cotta from Jiko” pin to your favorite Pinterest board. 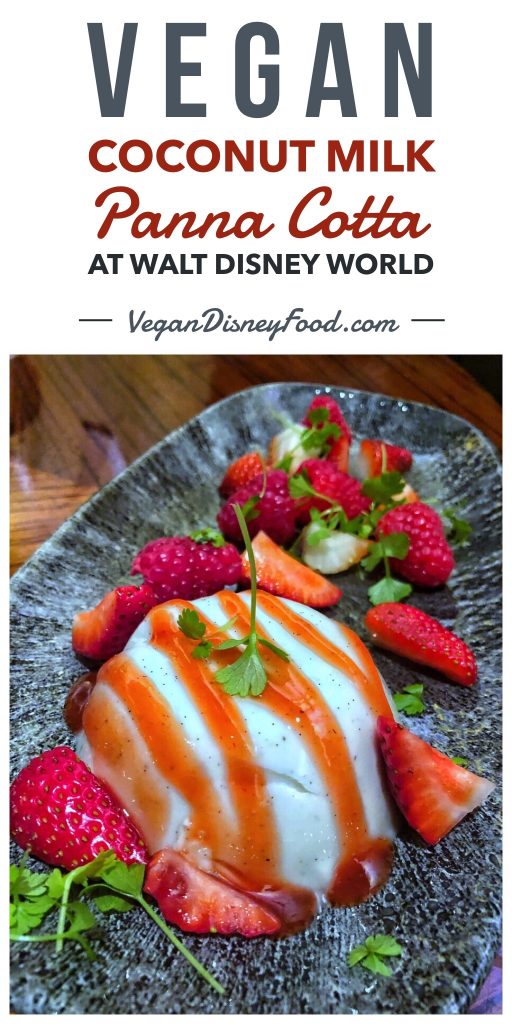