Jock Lindsey’s Hangar Bar is serving up libations and vegan snacks in Disney Springs. Drop in and try the Air Pirate’s Pretzel.

Coming in for a landing …in your mouth!

Make a trip to The Landing in Disney Springs at the Walt Disney World in Orlando, Florida to nosh on this savory snack.

Jock Lindsay’s Hanger Bar is where you want to be. 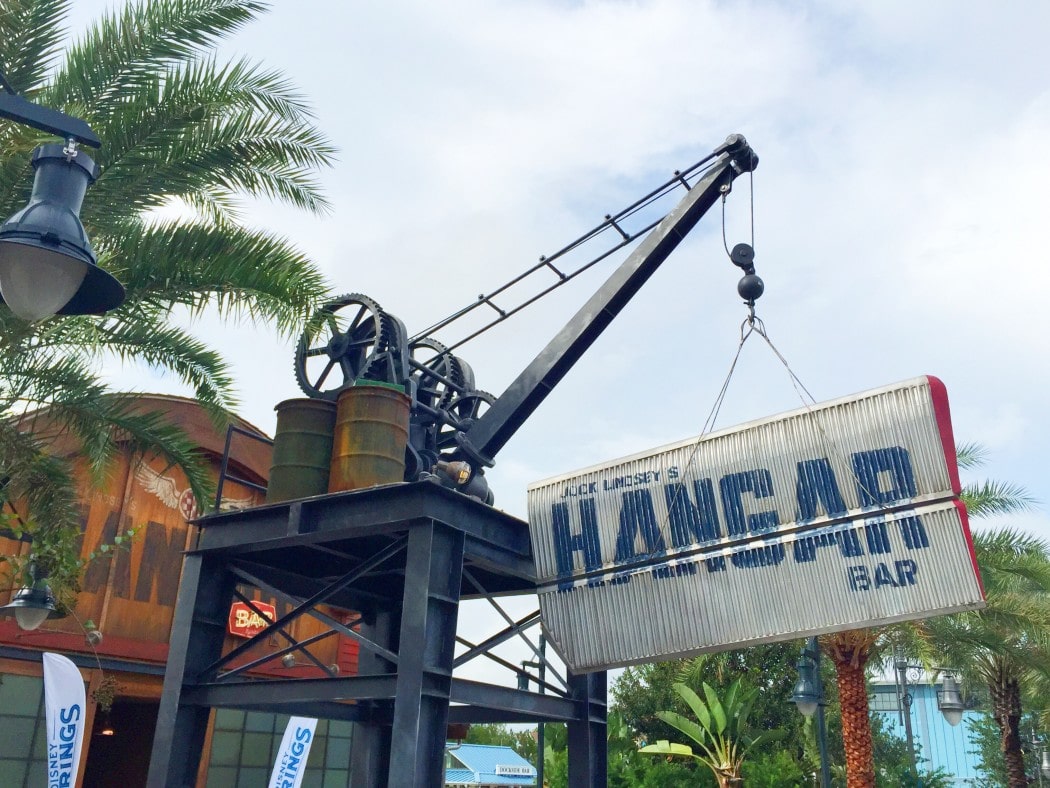 This watering hole is loaded with interesting artifacts and rightfully so. It gets its name from Indiana Jones’s pilot, Jock Lindsey, in Raiders of the Lost Ark.

Fun Fact: The actor who played Jock Lindsay, Fred Sorenson, was actually a real pilot. After a 20-year career with Hawaiian Airlines, Fred happened to meet director Steven Spielberg when Spielberg was in Hawaii scouting locations for the film. After Sorenson had flown the director around for a few days he was presented with the offer to portray the role of Jock.

A portrait of him hangs inside the lounge. 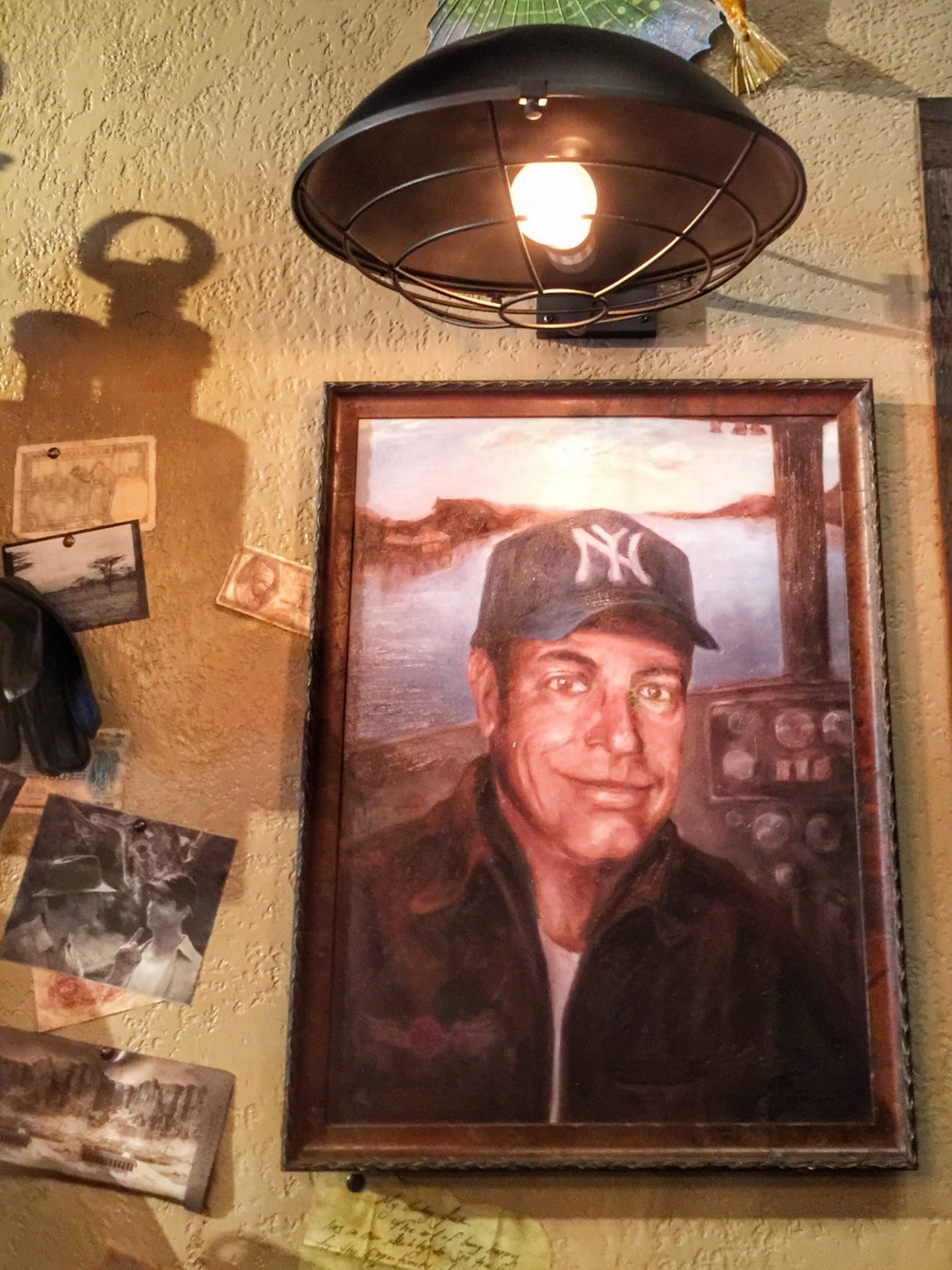 The menu at Jock Lindsey’s Hangar Bar features a warm pretzel that can easily be modified vegan. 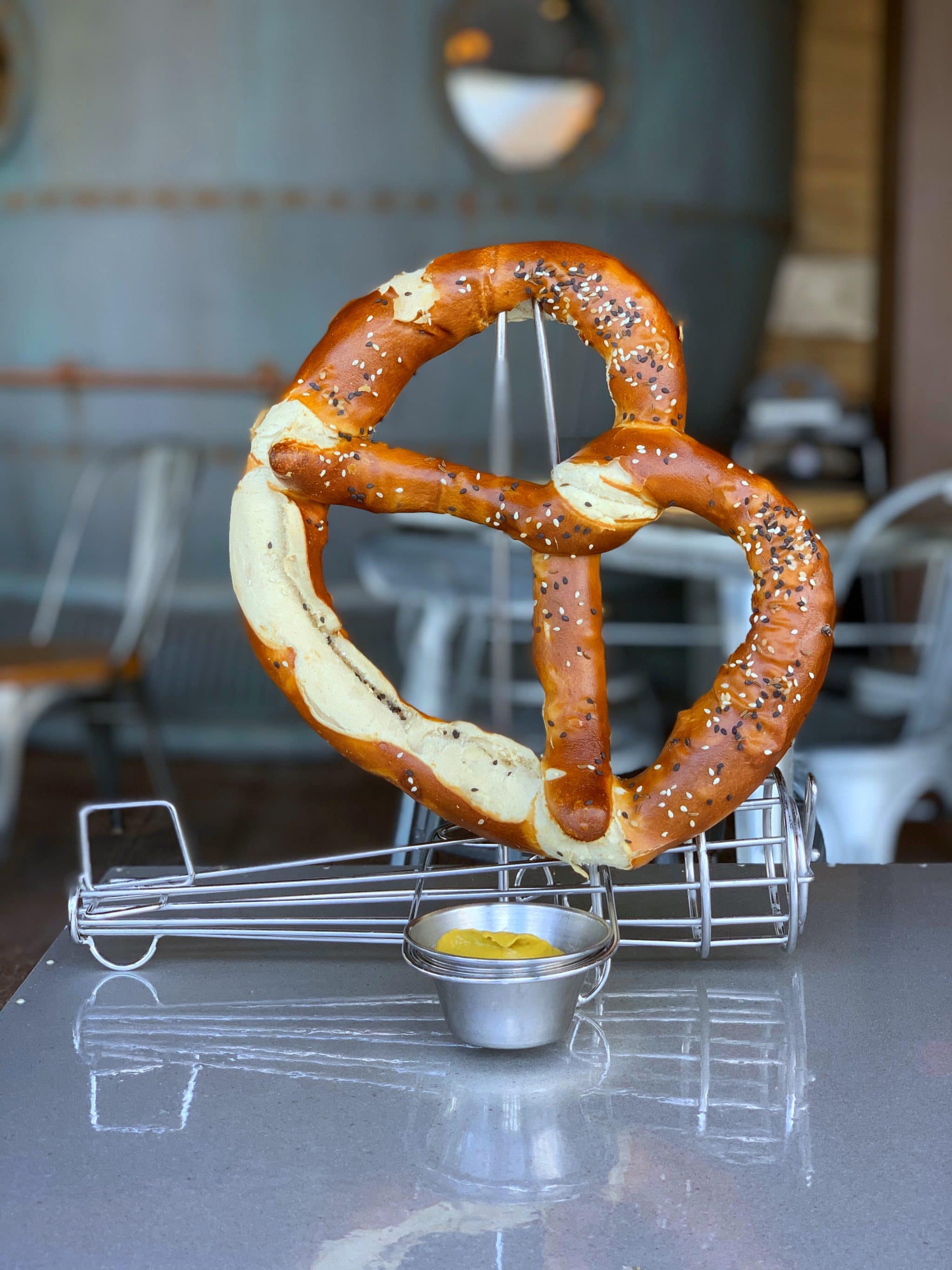 You’ll get a Jumbo Everything Pretzel with spicy German mustard. Skip the beer cheese fondue.

When we say jumbo we really mean it. Check out this pic of my girlfriend and pretzel photographer Kim of GetGreenBeWell.com with this sucker held up in front of her. It’s huge! 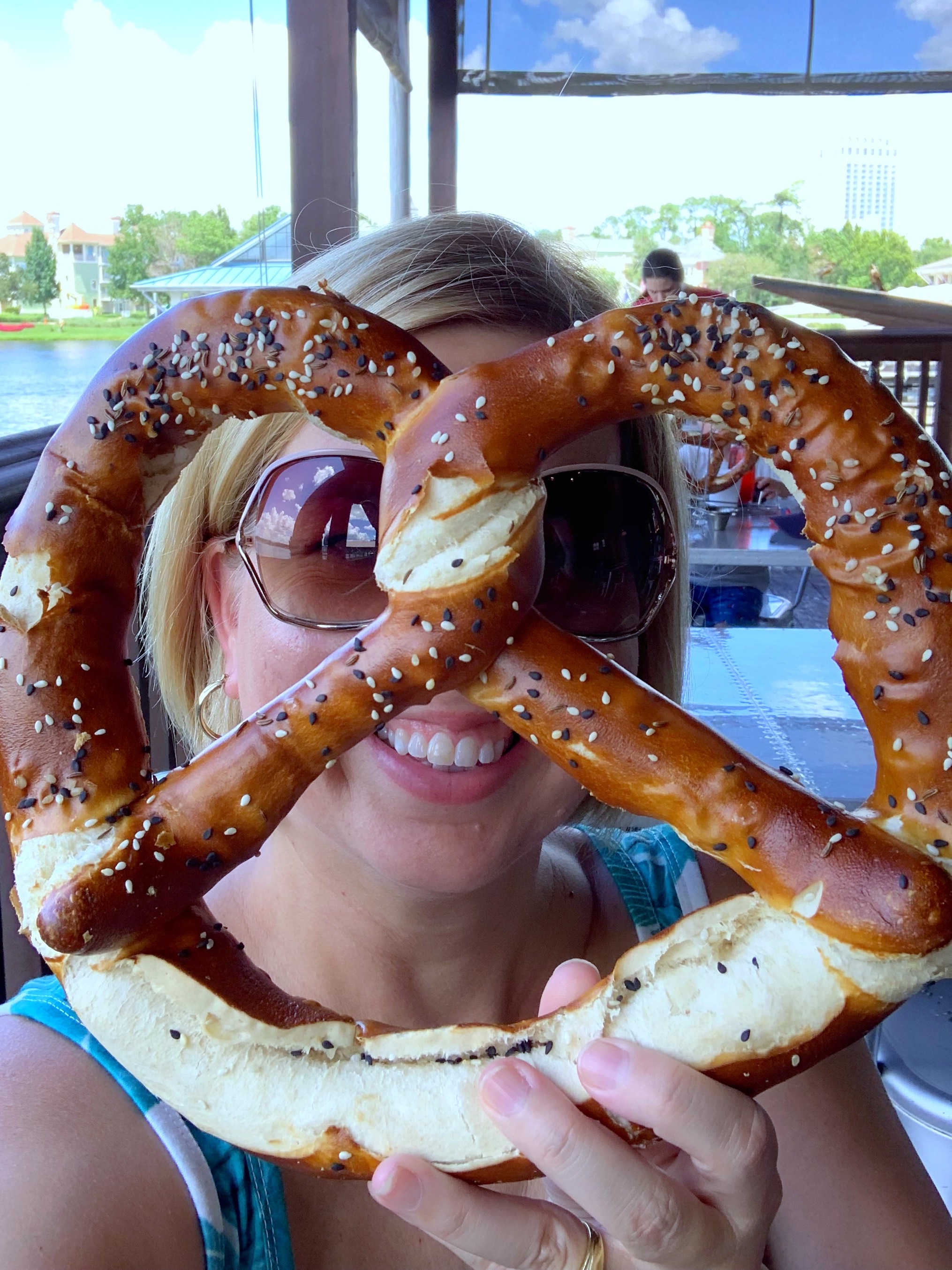 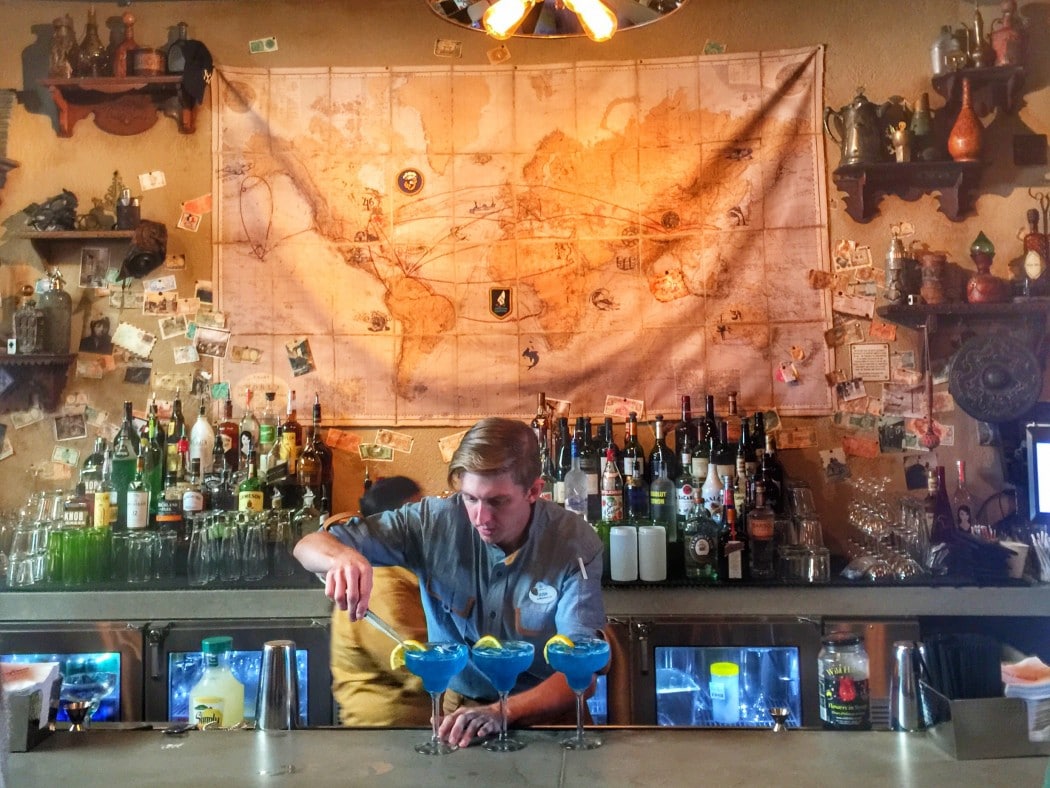 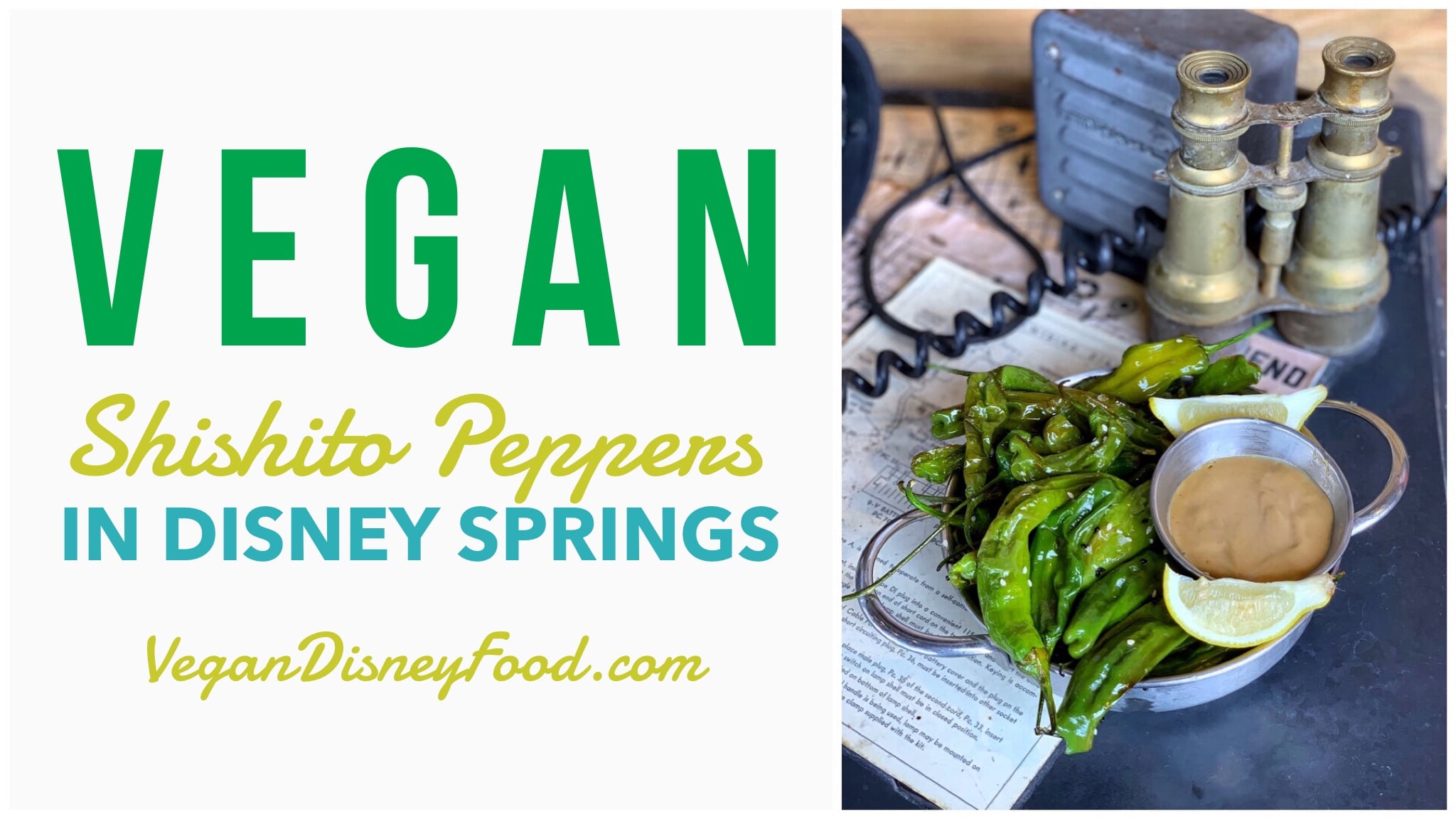 WANT TO REMEMBER THIS OPTION? Save the “Vegan Jumbo Pretzel at Jock Lindsey’s Hangar Bar in Disney Springs” pin to your favorite Pinterest board. 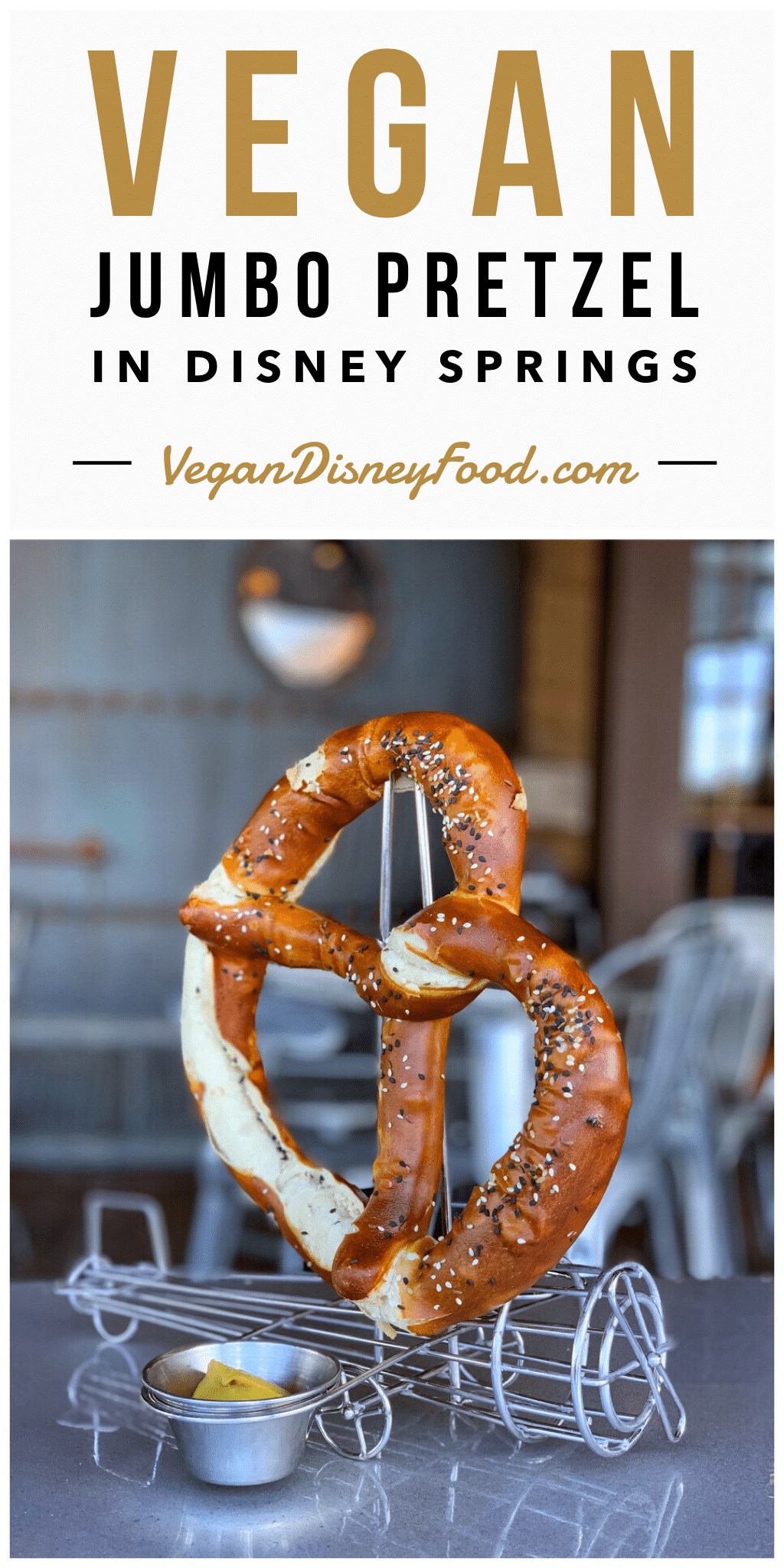