We’re thankful for the holidays and that they’ve ushered in the arrival of these vegan macarons at Disney’s Saratoga Springs Resort & Spa.

Aquafaba macarons are officially a thing!

They can be found this holiday season at the Gingerbread display in the Carriage House at Disney’s Saratoga Springs Resort and Spa.

Pop in to Saratoga Springs to tour the brand new gingerbread display and be sure to pick up a box of sweets to enjoy. 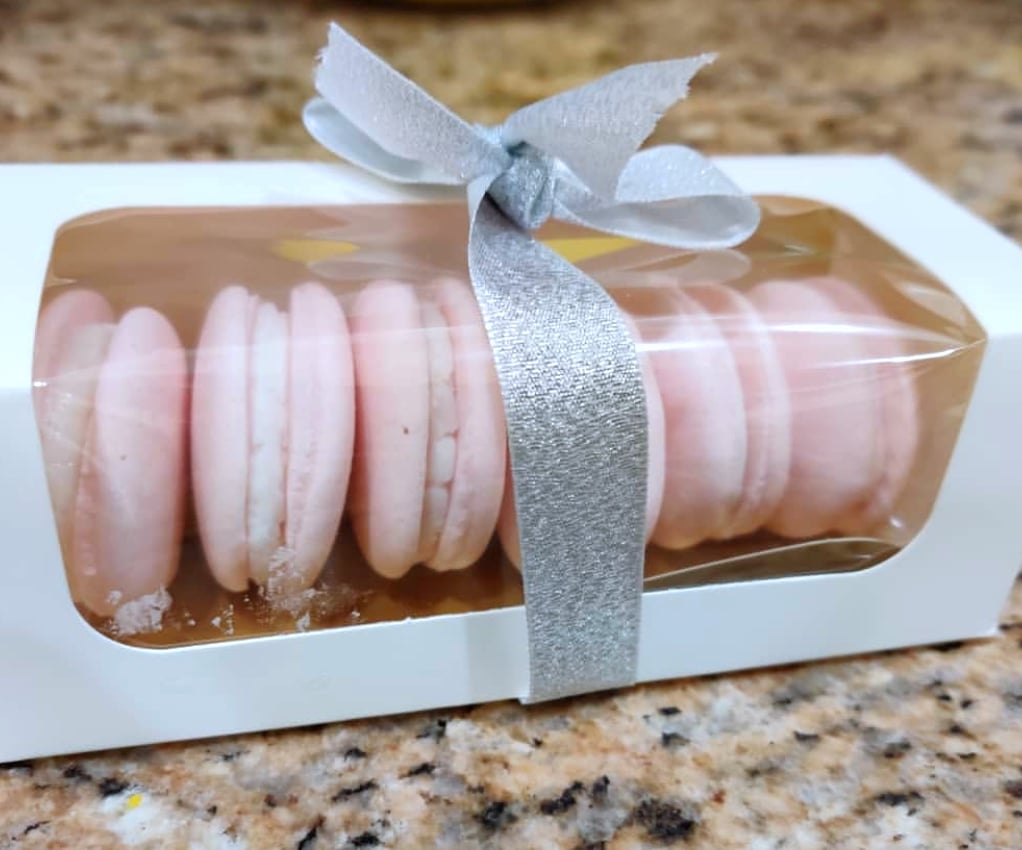 These are vegan macarons and they come packaged in this cute little box for $14.

Although they are tinted pink they are a basic vanilla flavor and from what we’ve been told, extremely sweet!

Traditional macarons utilize egg whites, however these plant based macarons are made from aquafaba. Aquafaba is the liquid found in cans of chickpeas and it whips up into stiff peaks just like a chicken’s egg white would do.

Erm was able to use his Tables in Wonderland card for a 20% discount on these little numbers.

Saratoga Springs is a rather large and sprawling resort and these can be found in The Carriage House, which is the hotel’s main check in building. If not driving your own vehicle, the resort can also be accessed by ferry from Disney Springs or via walkway from Disney Springs.

WANT TO REMEMBER THIS OPTION? Save the “ Vegan Macarons at Saratoga Springs Resort in Walt Disney World” pin to your favorite Pinterest board. 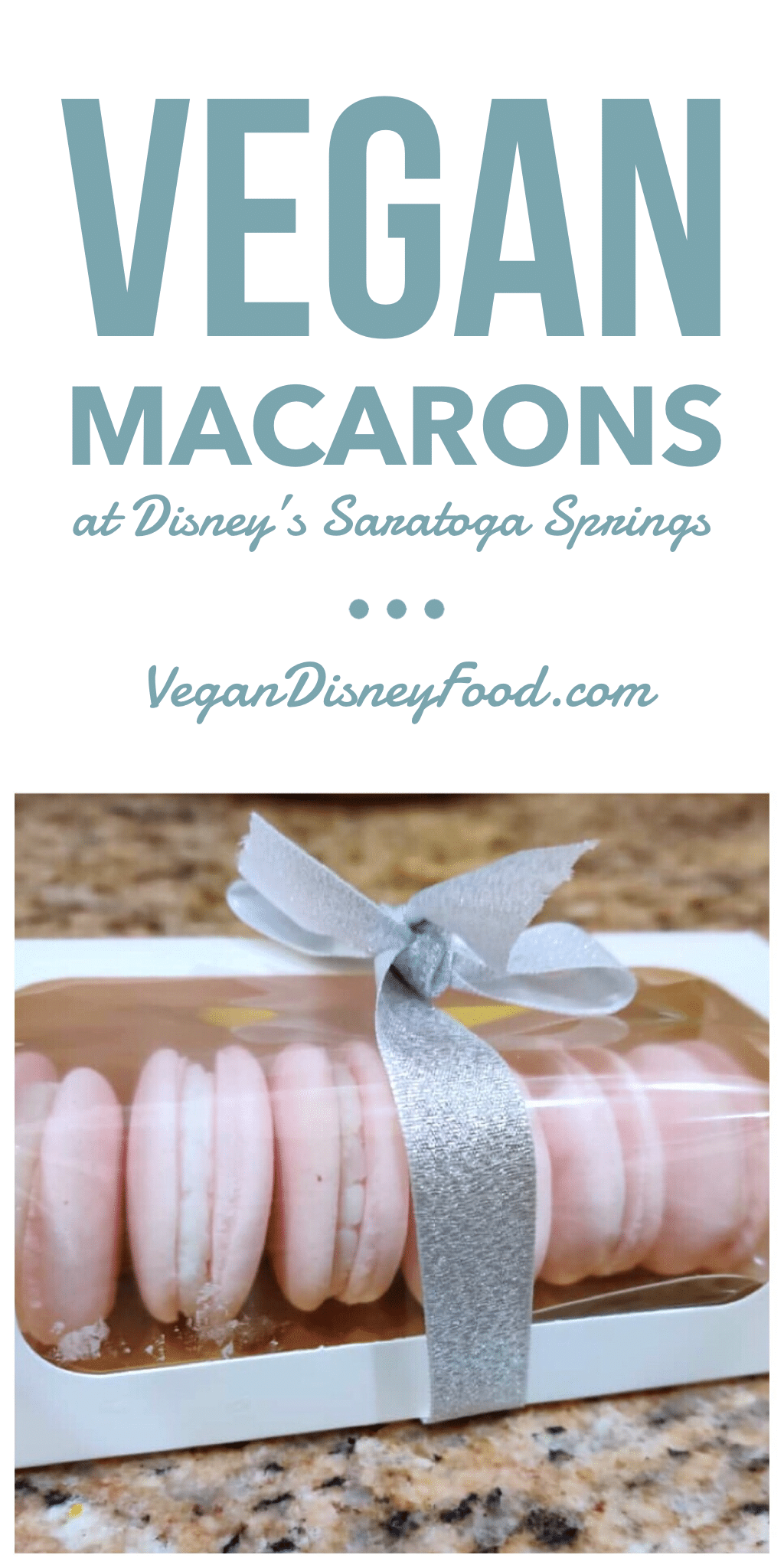