There’s been a bit of a change to the offerings in Batuu East! 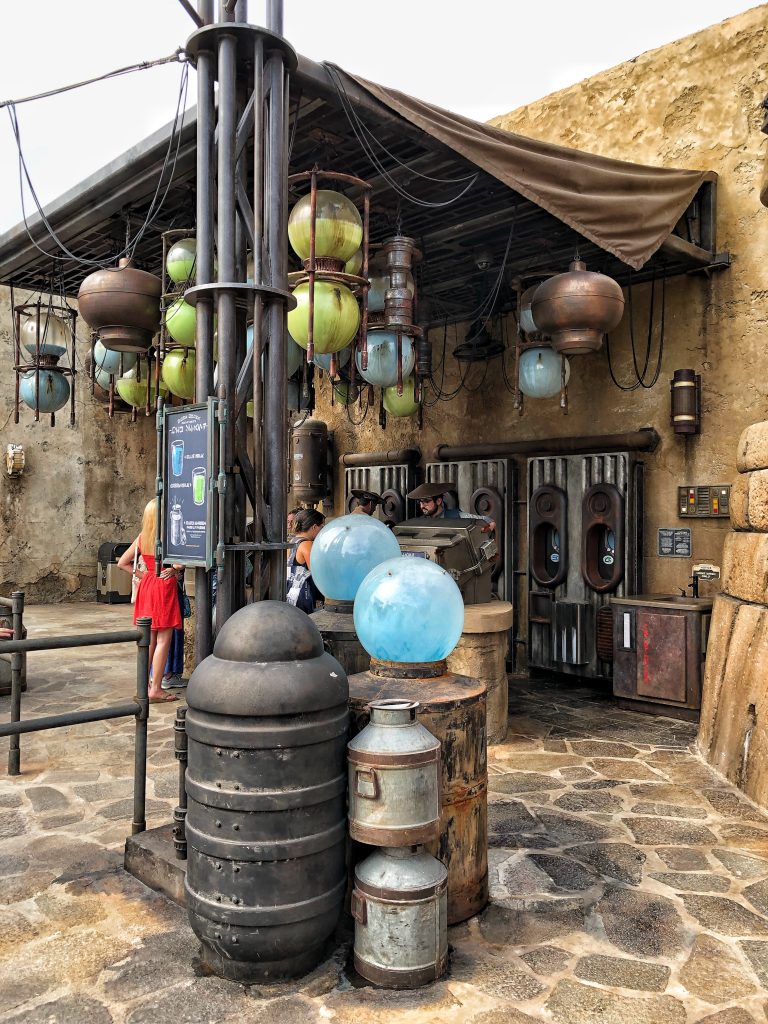 With the influx of guests clamoring to get on the new Star Wars Rise of the Resistance attraction, Disney’s Hollywood Studios is seeing record morning crowds. These guests are looking to Disney for breakfast options while waiting for their boarding groups to be called to ride. 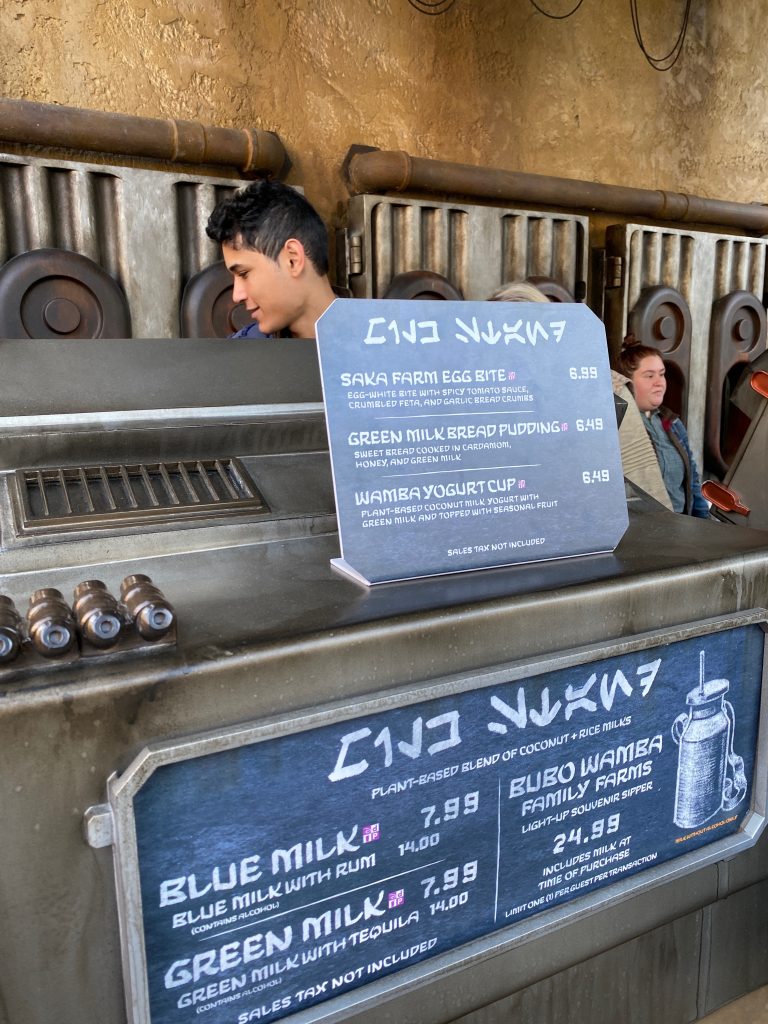 There are now three new breakfast entrees listed on the menu at the Milk Stand in Batuu and one of them is vegan as-is (even though it’s not marked as such with the plant based leaf symbol).

We’ve got a Wamba Yogurt Cup ($6.49) which is described as a plant based coconut milk yogurt with green milk topped with seasonal fruit. 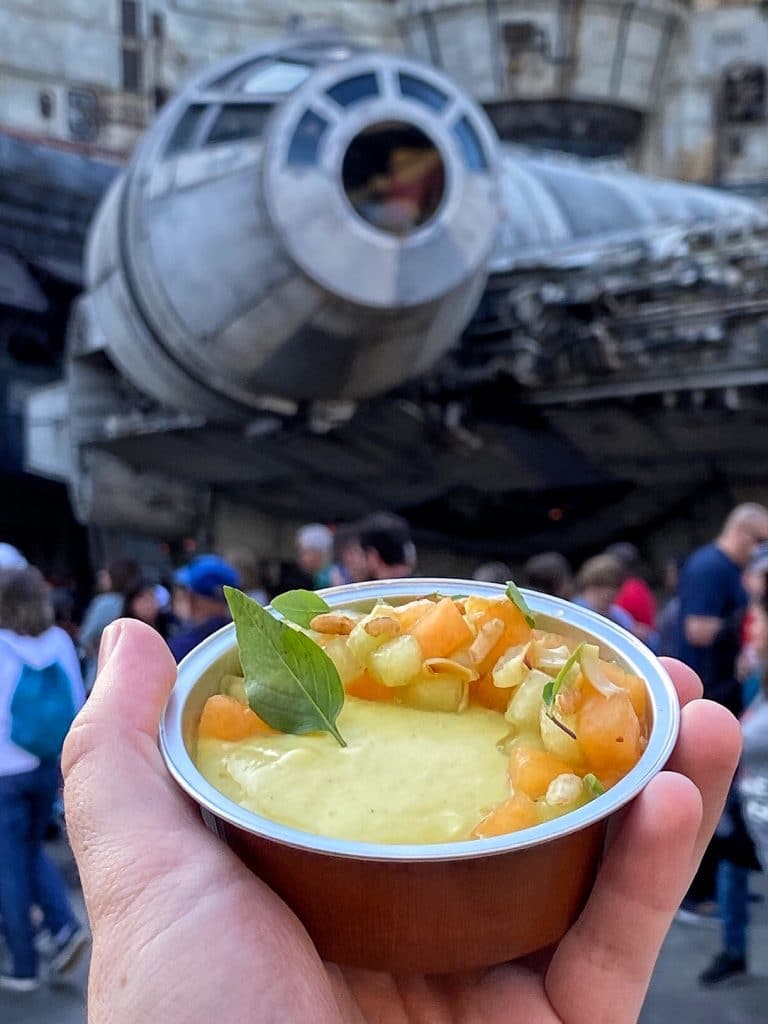 We took a look at the ingredients binder. The dish is made with Follow Your Heart vegan vanilla bean yogurt and Green Milk powder. 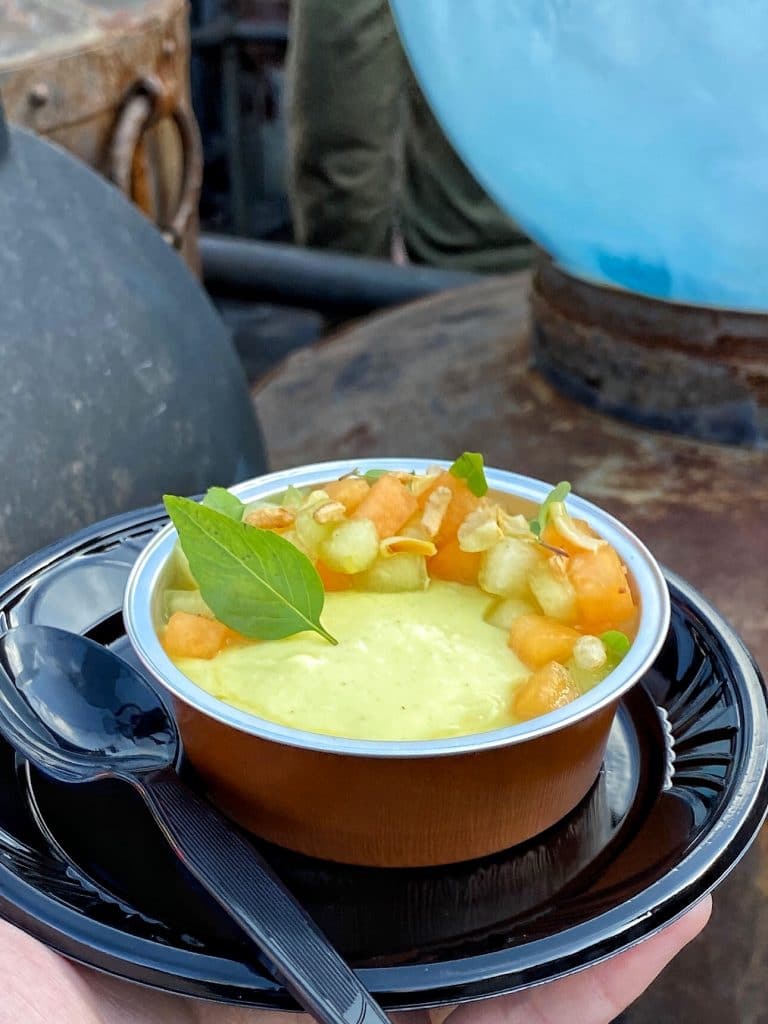 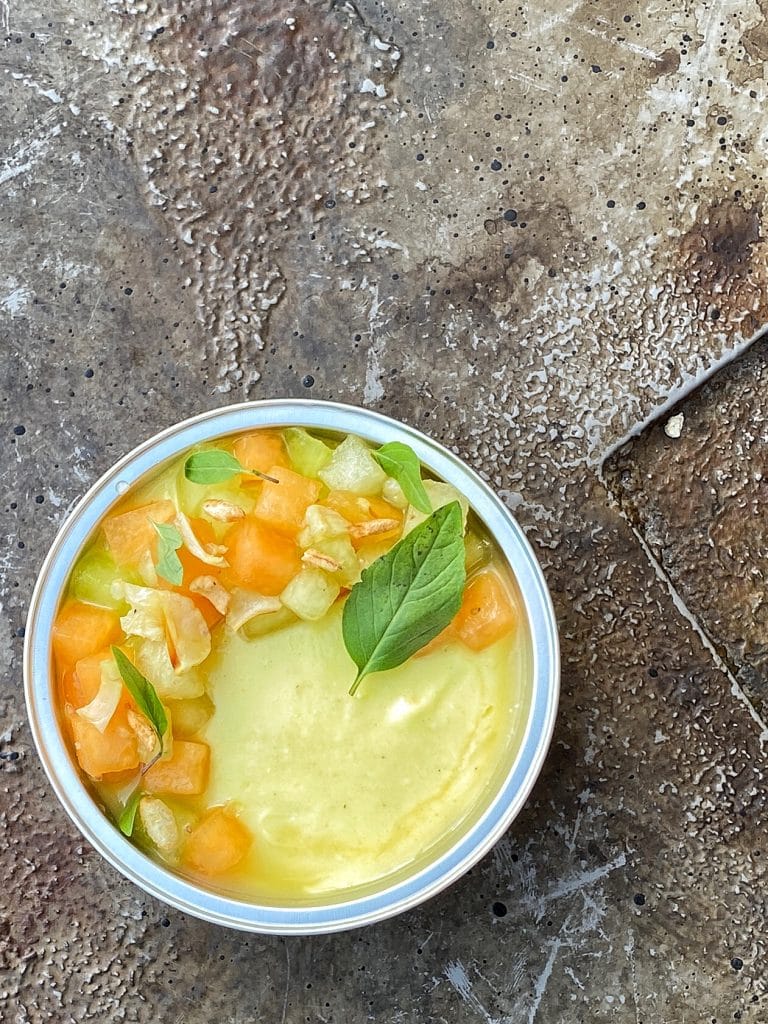 You can also get a glass of the green and blue milk here as well or get both, along with an empty cup, combine and and swirl for maximum effect. 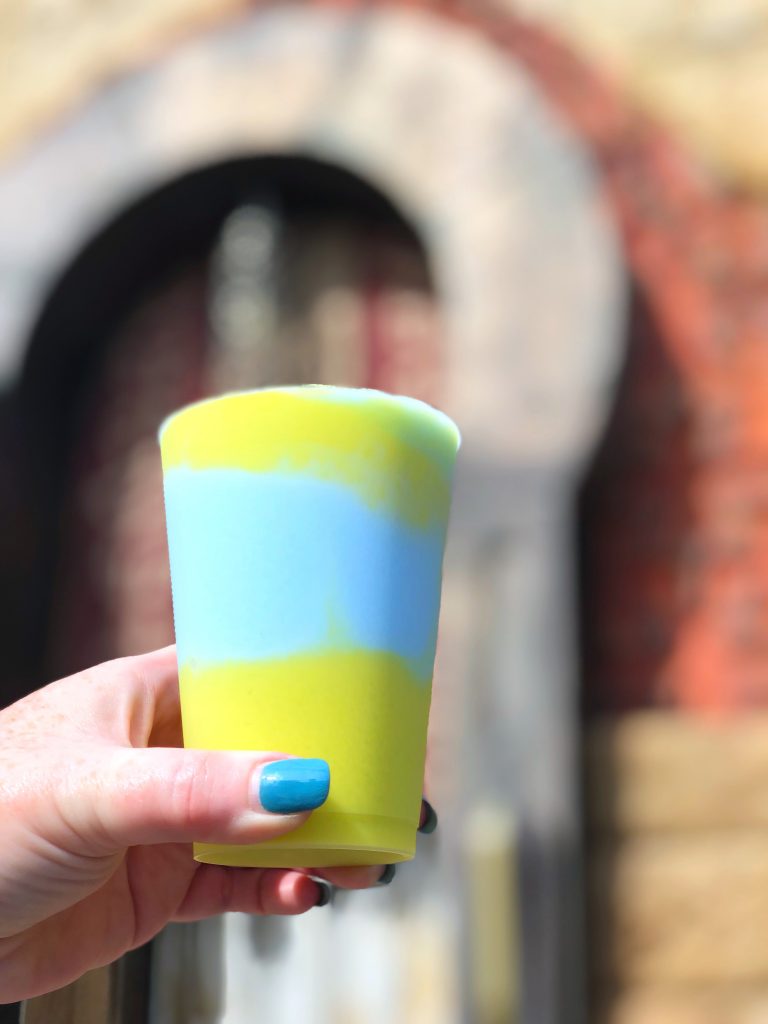 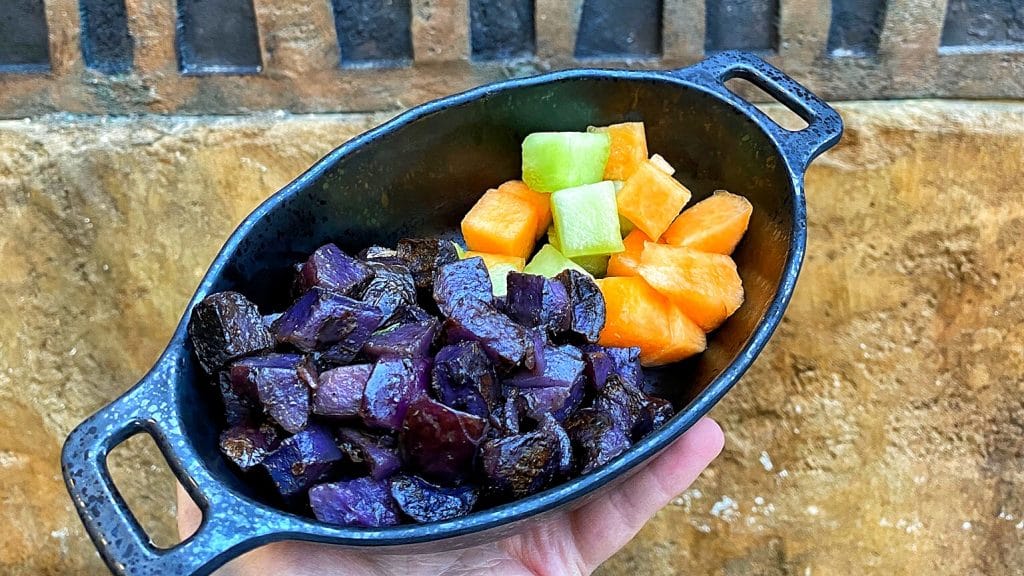 For all of the current vegan offerings in Batuu check out this post: What’s Vegan at Disney’s Star Wars: Galaxy’s Edge?

WANT TO REMEMBER THIS OPTION? Save the “Vegan Wamba Yogurt Cup“ pin to your favorite Pinterest board. 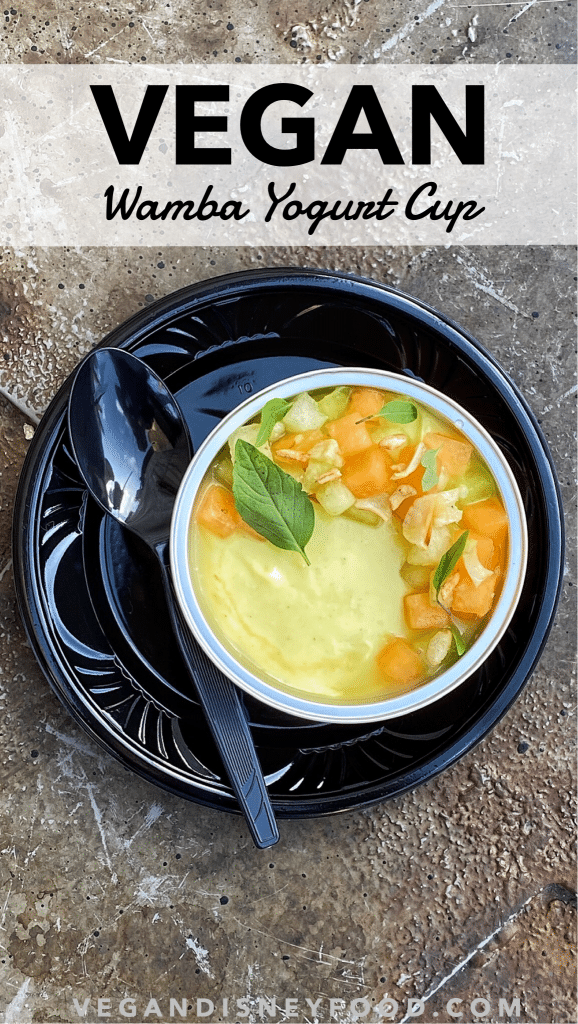