Walt Disney World has launched another quick service vegan option in Disney’s Hollywood Studios and you can find it inside The Muppets themed PizzeRizzo. 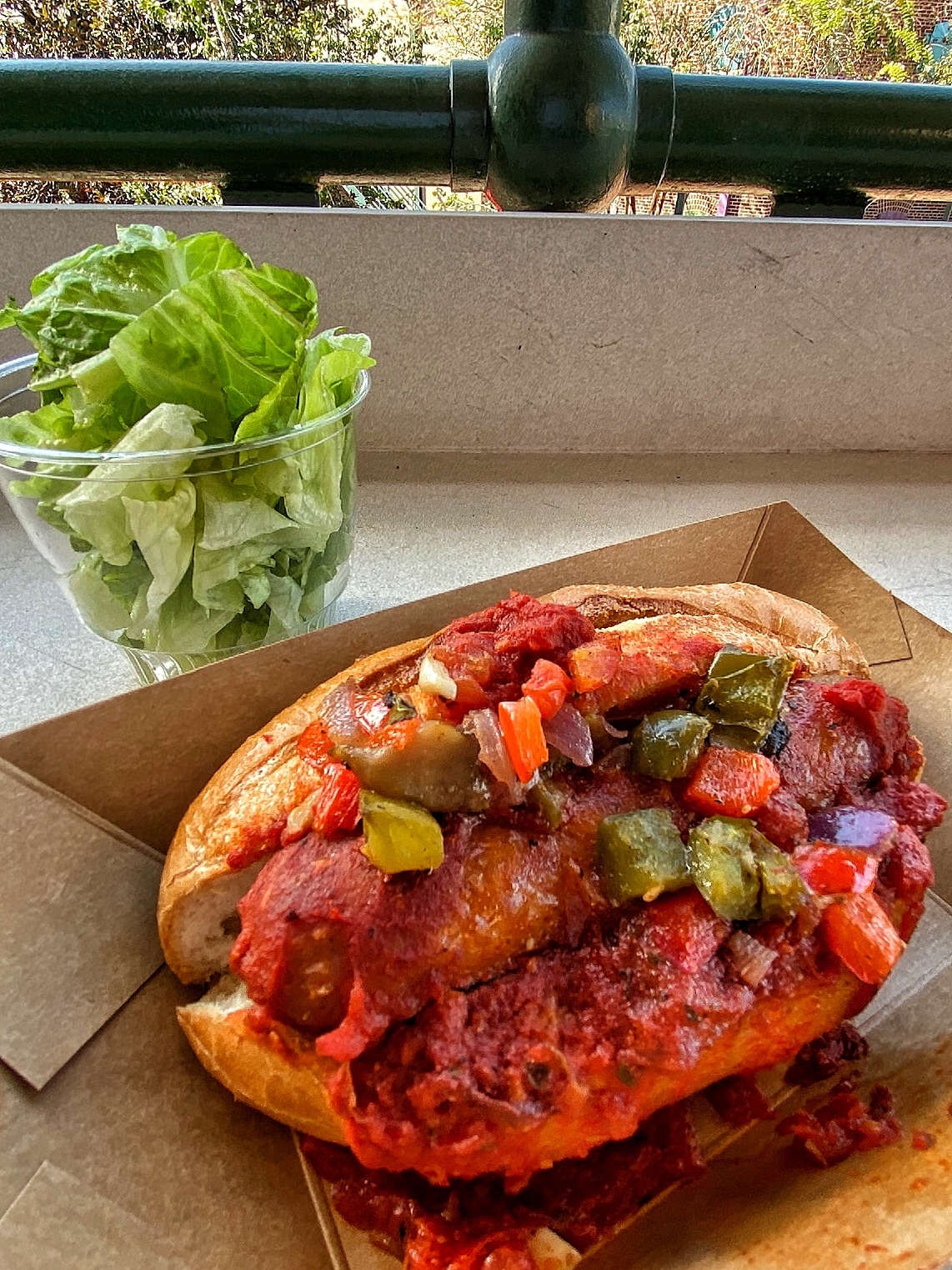 You’ll get a plant based Beyond sausage topped with marinara, diced bell peppers and onions.

Your side item is a cup o lettuce with vegan ranch dressing.

The restaurant has tons of seating on two levels. You can dine in air conditioned comfort or out on the covered terrace during Florida’s cooler months.

The restaurant also offers Mobile Order via your MyDisneyExperience app so be sure and take advantage of that option using your smartphone.

WANT TO REMEMBER THIS OPTION? Save the “Vegan Italian Sausage Sub at PizzeRizzo in Disney’s Hollywood Studios” pin to your favorite Pinterest board. 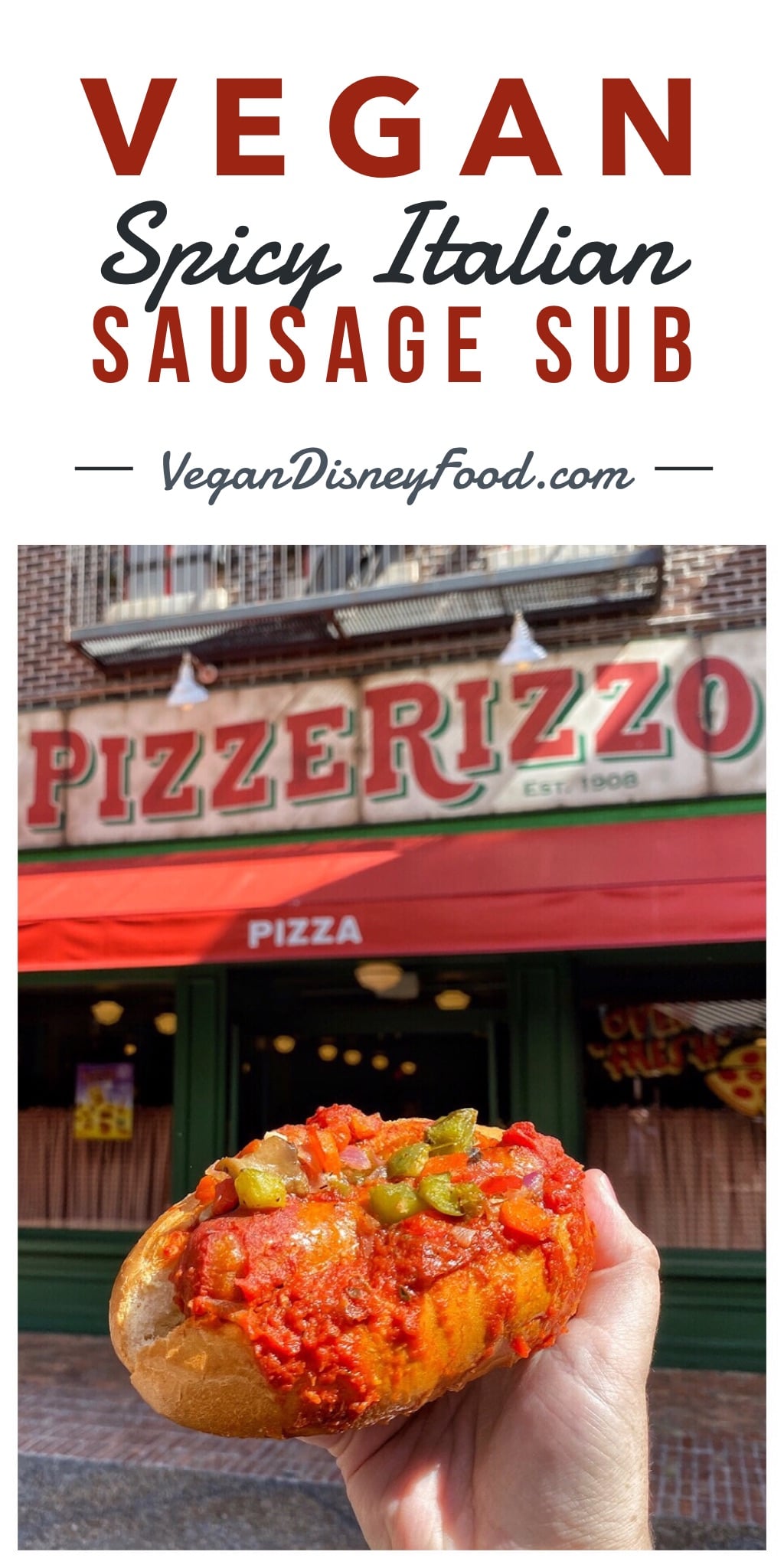