This is the vegan Chipotle Seitan Scramble which seems to be making the rounds at the Walt Disney World value resorts.

You can find it on the breakfast menu at the World Premiere Food Court in Disney’s All Star Movies Resort.

When ordering you’ll receive a plant based sauté of edamame, roasted red peppers, chipotle seitan, spinach, mushrooms and onions.  And although the menu board doesn’t have it listed…diced tofu. 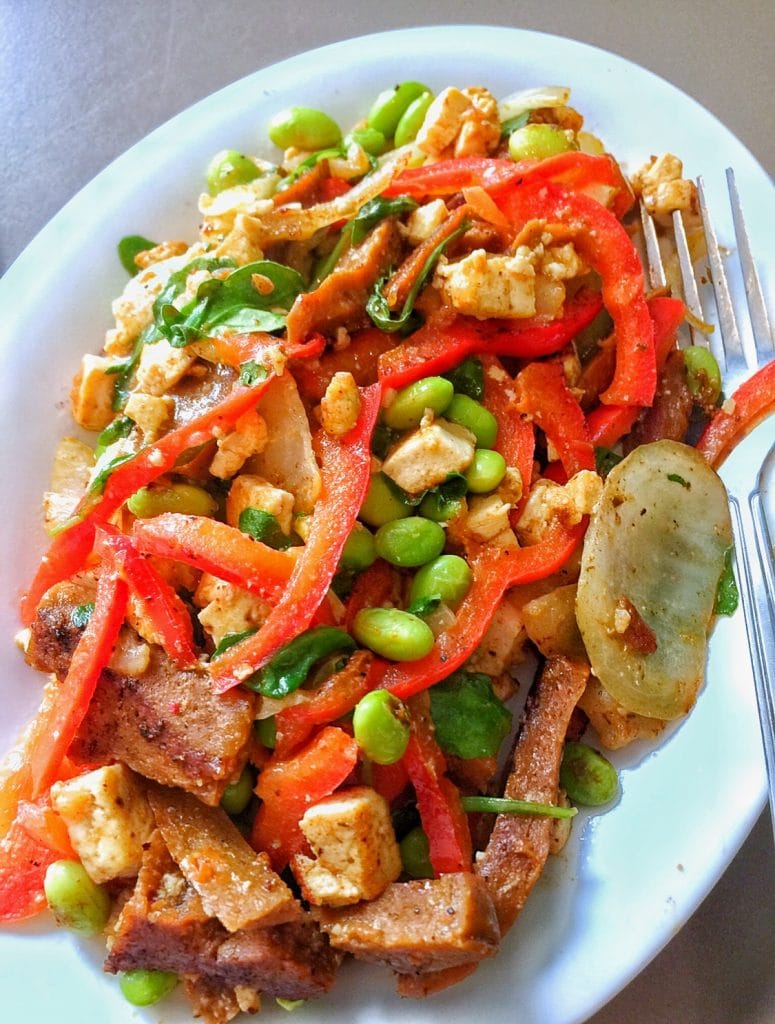 You can order a side of vegan waffles to satisfy that sweet tooth as well. You’ll need to request a chef make them for you as the regular waffles aren’t vegan.

There’s a similar Chipotle Seitan Scramble available for breakfast, lunch & dinner at the fast casual restaurant Landscape of Flavors at Disney’s Art of Animation Resort, however, on the menu board, that version contains diced tofu and arugula instead of spinach, mushrooms and red bell peppers. We have seen a variation of ingredients in the finished dish here as well.

WANT TO REMEMBER THIS OPTION? Save the “Vegan Chipotle Seitan Scramble at All Star Movies in Walt Disney World” pin to your favorite Pinterest board. 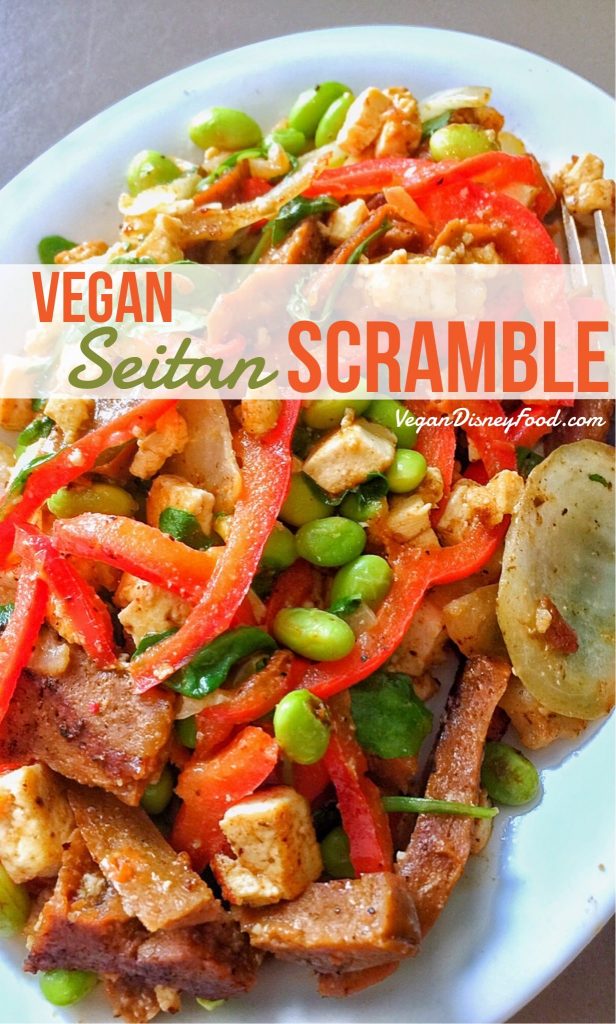