Looking for a decadent vegan dessert in Disney’s Hollywood Studios? You can find one at The Hollywood Brown Derby restaurant. 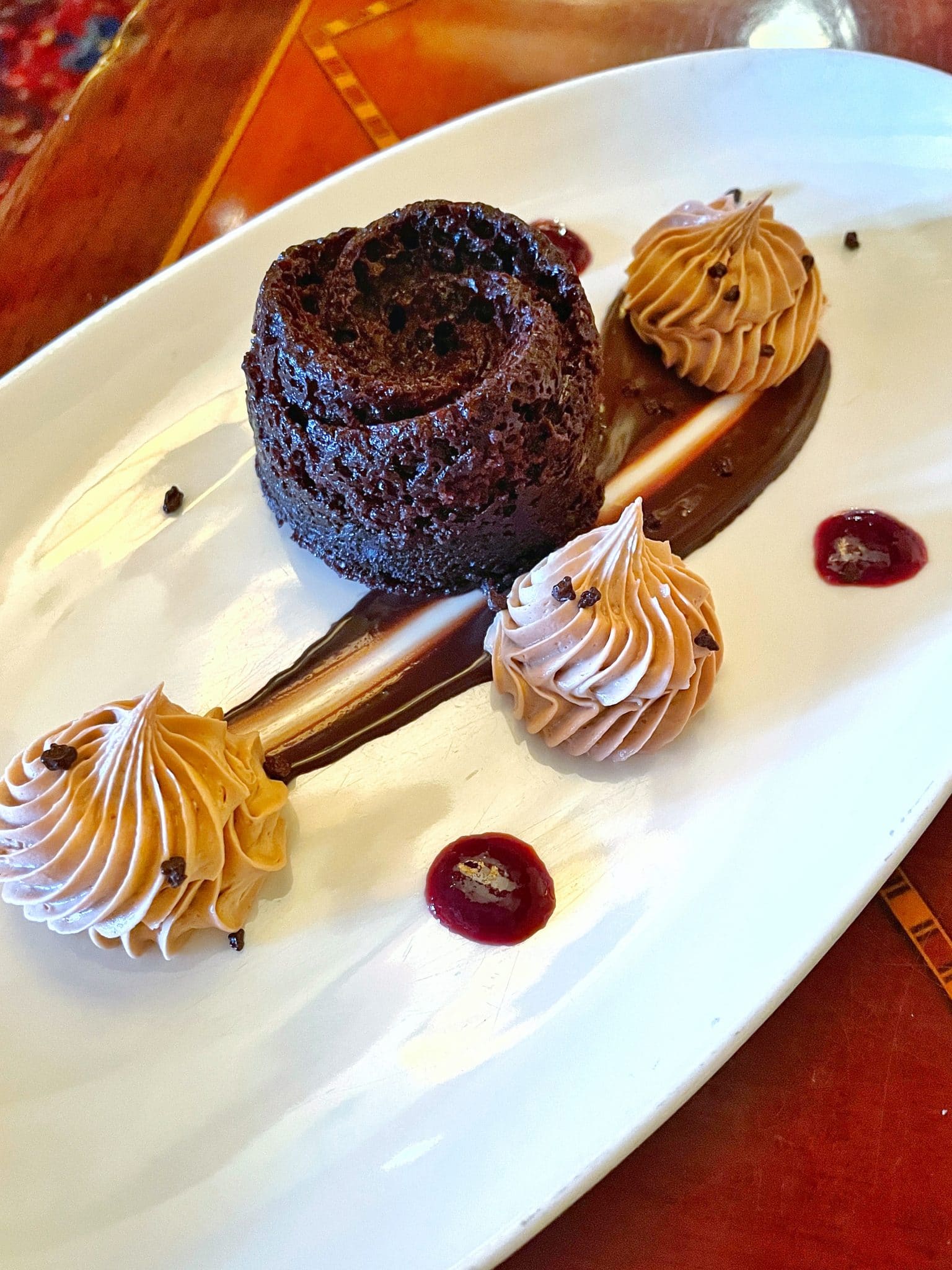 Order the Chocolate Coconut Cake. It is listed as plant-based on the dessert menu and is completely vegan as is.

The cake, which reads almost like a brownie, is plated with chocolate sauce, cocoa nibs and hazelnut cream. We didn’t taste any coconut in the dish so we assume that the chocolate sauce is made with a coconut milk.

I asked if the cake could be ordered outside at The Hollywood Brown Derby Lounge and in fact it can be. 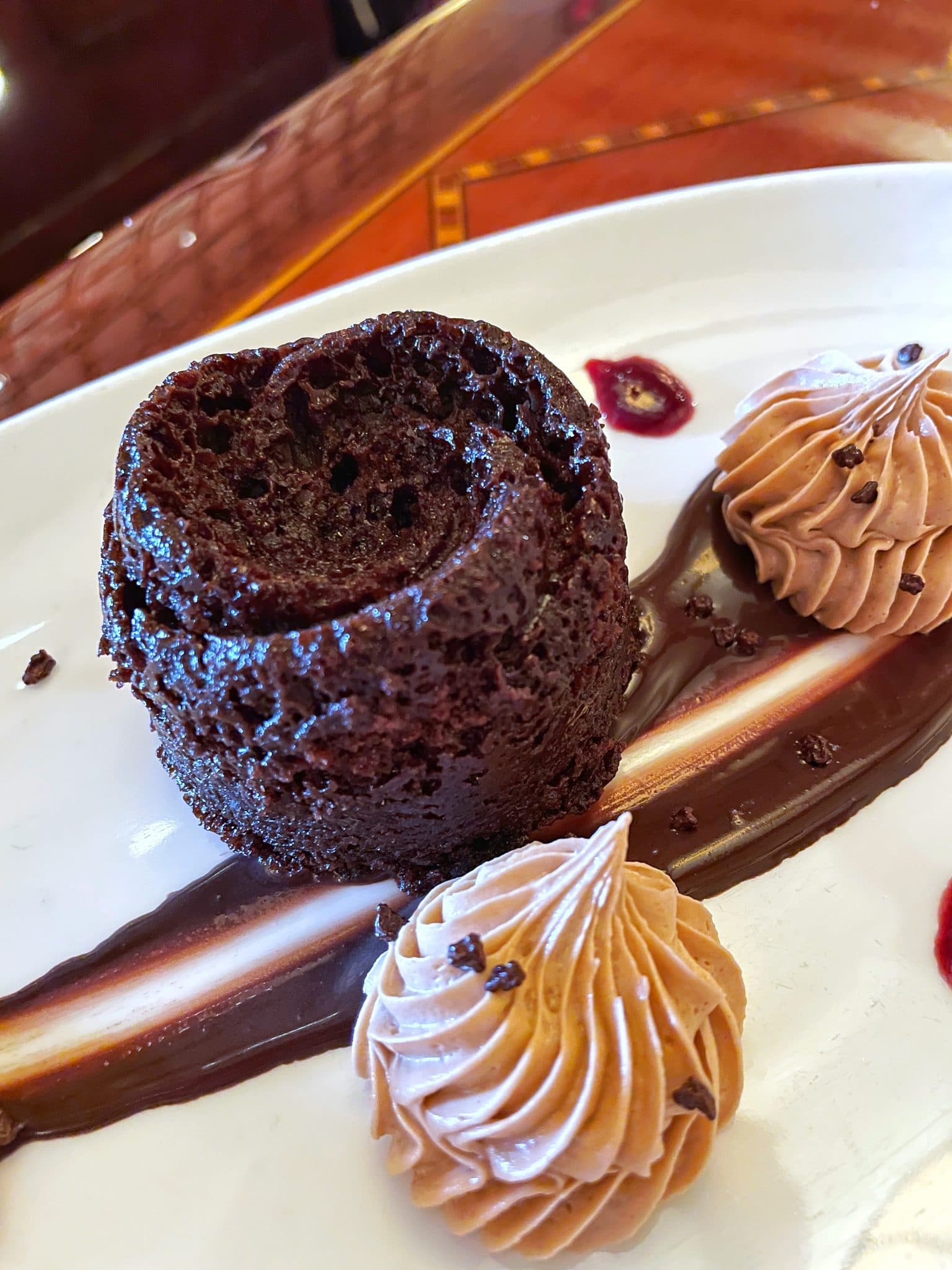 This dessert was the perfect serving size and not too overwhelmingly sweet.

The cake itself was moist and dense and the nibs gave it a bit of texture. The raspberries were the perfect acidic accompaniment. I mean chocolate and raspberry are a pretty stellar combination after all. 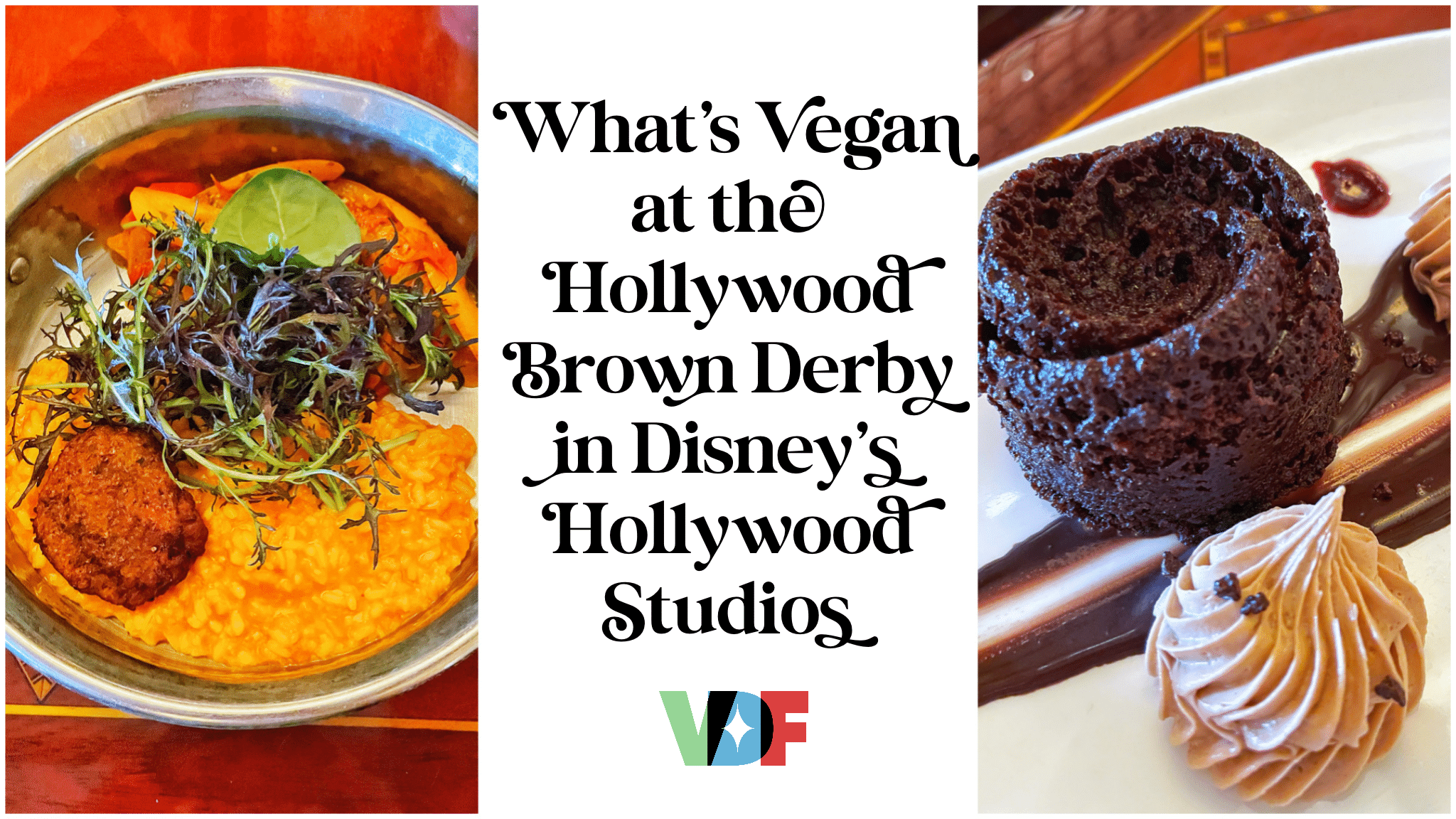 WANT TO REMEMBER THIS OPTION? Save the “Vegan Chocolate Coconut Cake at The Brown Derby in Walt Disney World” pin to your favorite Pinterest board. 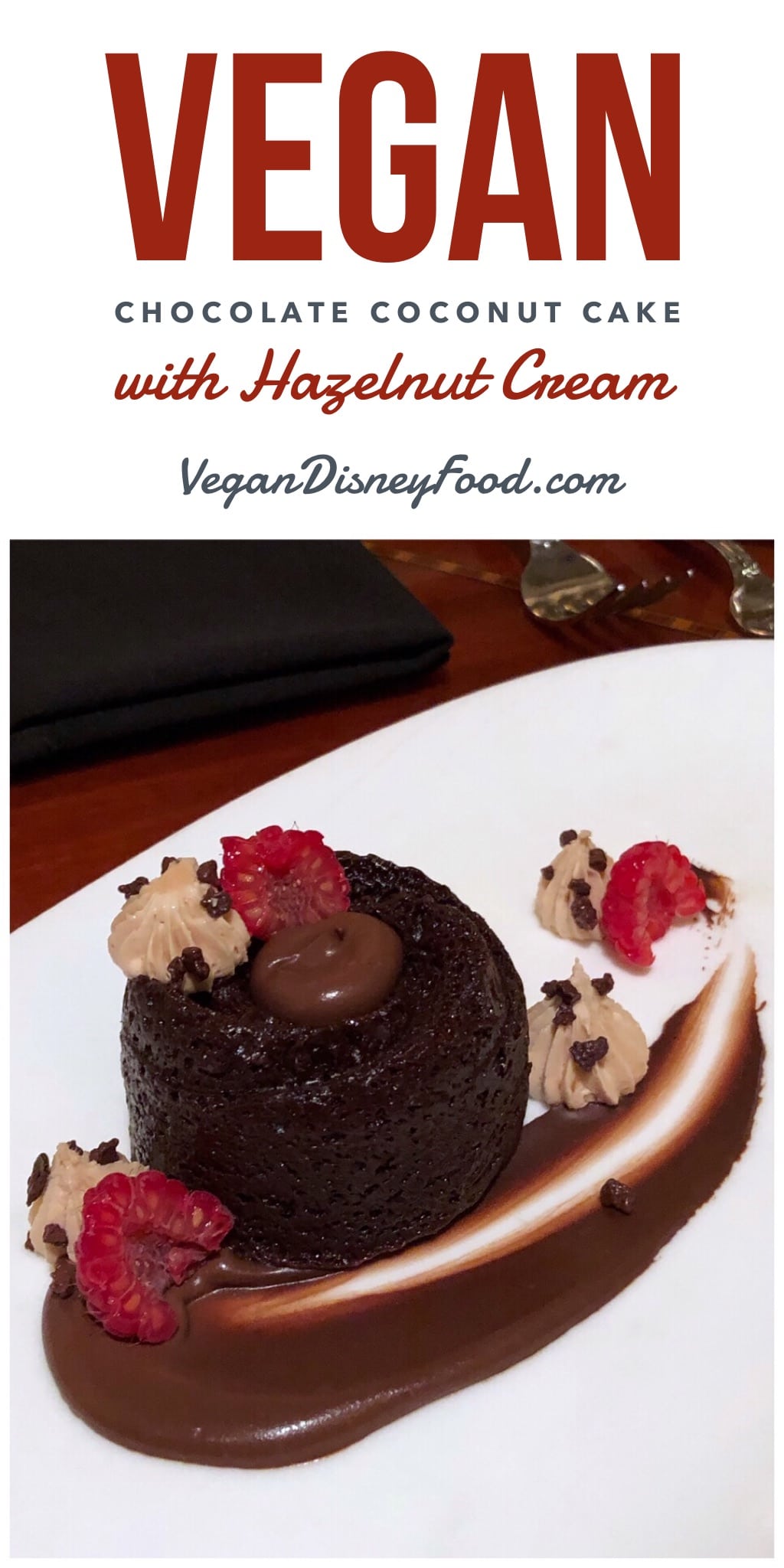