Get it at the fast casual restaurant, Backlot Express on Echo Lake adjacent to the Star Tours – The Adventures Continue attraction. 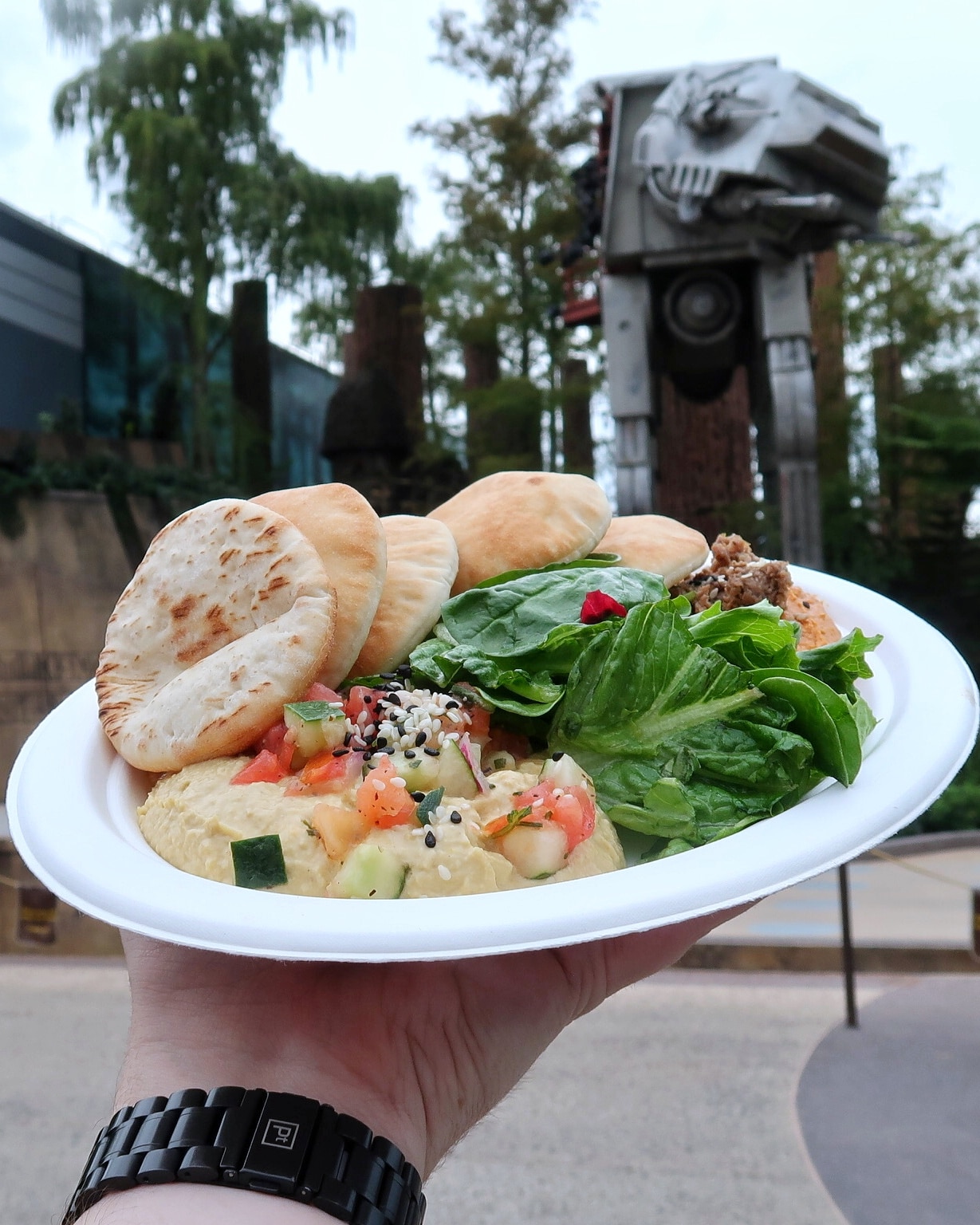 The Two Suns Hummus is vegan as-is with no modifications and is available on both the lunch and the dinner menus.

The hummus is served with a spring mix salad dressed in a lemon vinaigrette and five mini pitas. 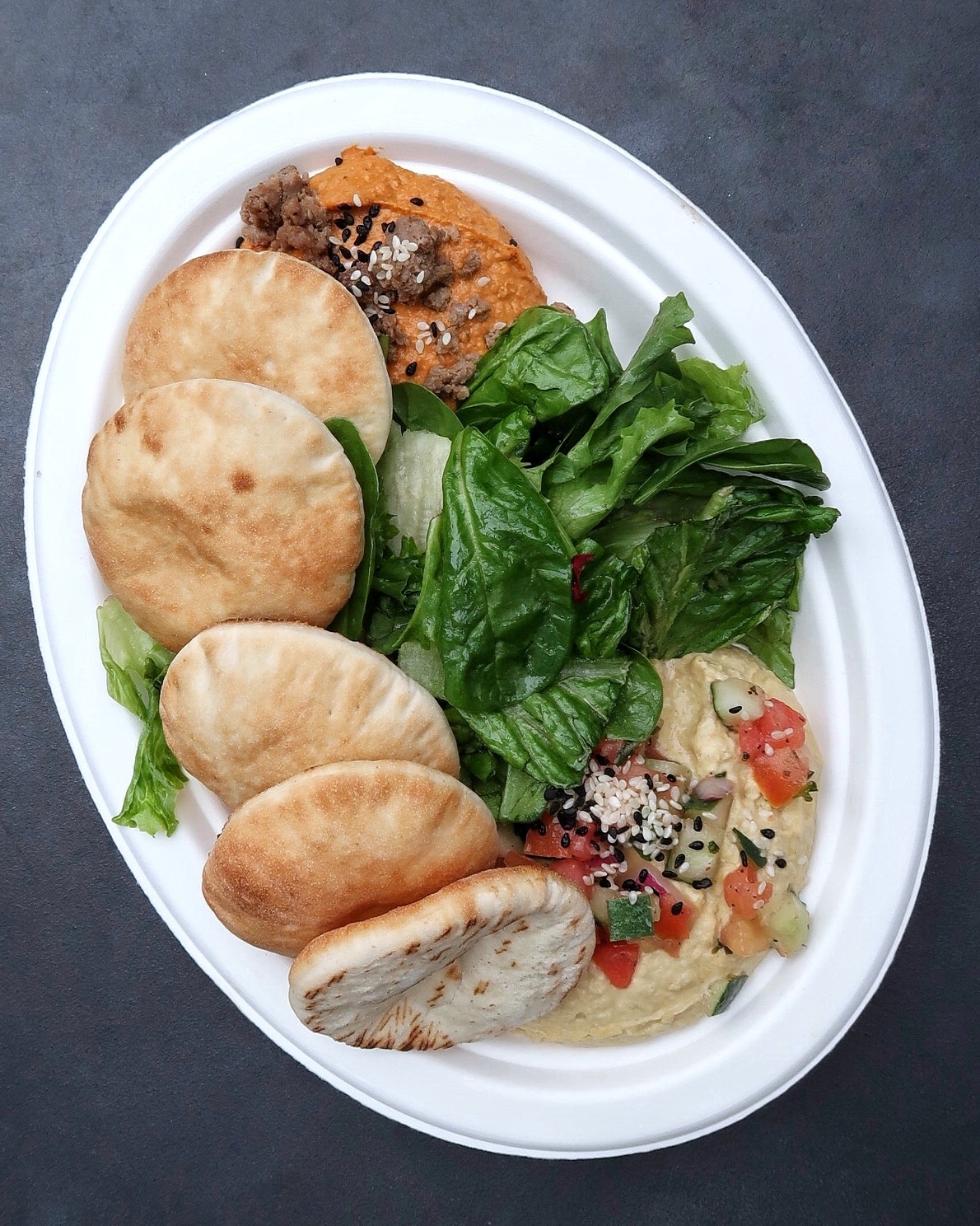 We checked the ingredients list for the pita and the only questionable ingredient was sodium stearoyl lactylate, which is considered non dairy by GoDairyFree.org as it is generally derived from plant sources.

I wanted to mention it here for those with severe dairy allergies as there is no guarantee as to how the manufacturer produced it.

WANT TO REMEMBER THIS OPTION? Save the “Vegan Two Suns Hummus at Backlot Express in Disney’s Hollywood Studios” pin to your favorite Pinterest board. 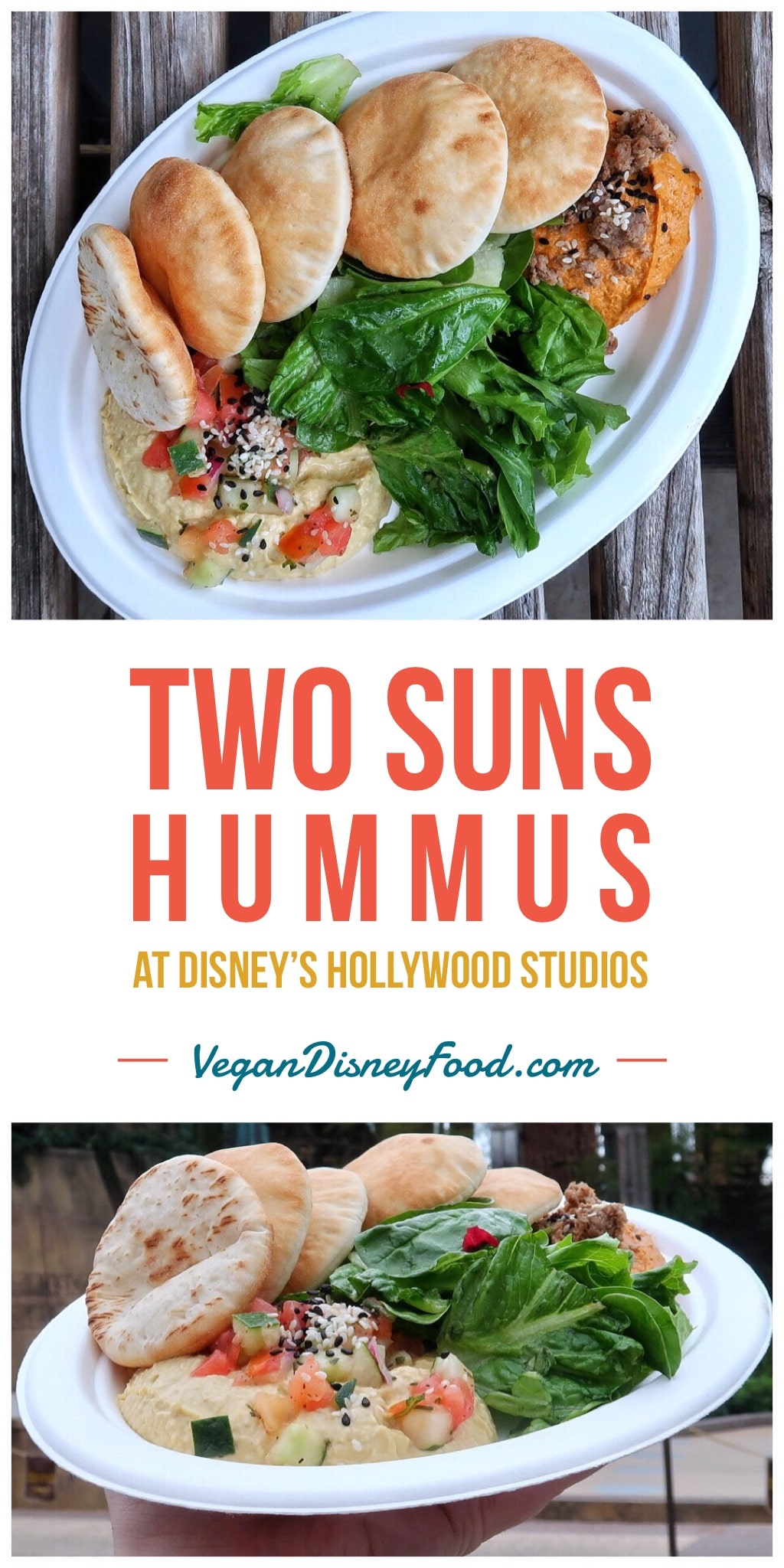