Gimmie all the deep fried potatoes!

These are the all NEW vegan Loaded Tots! 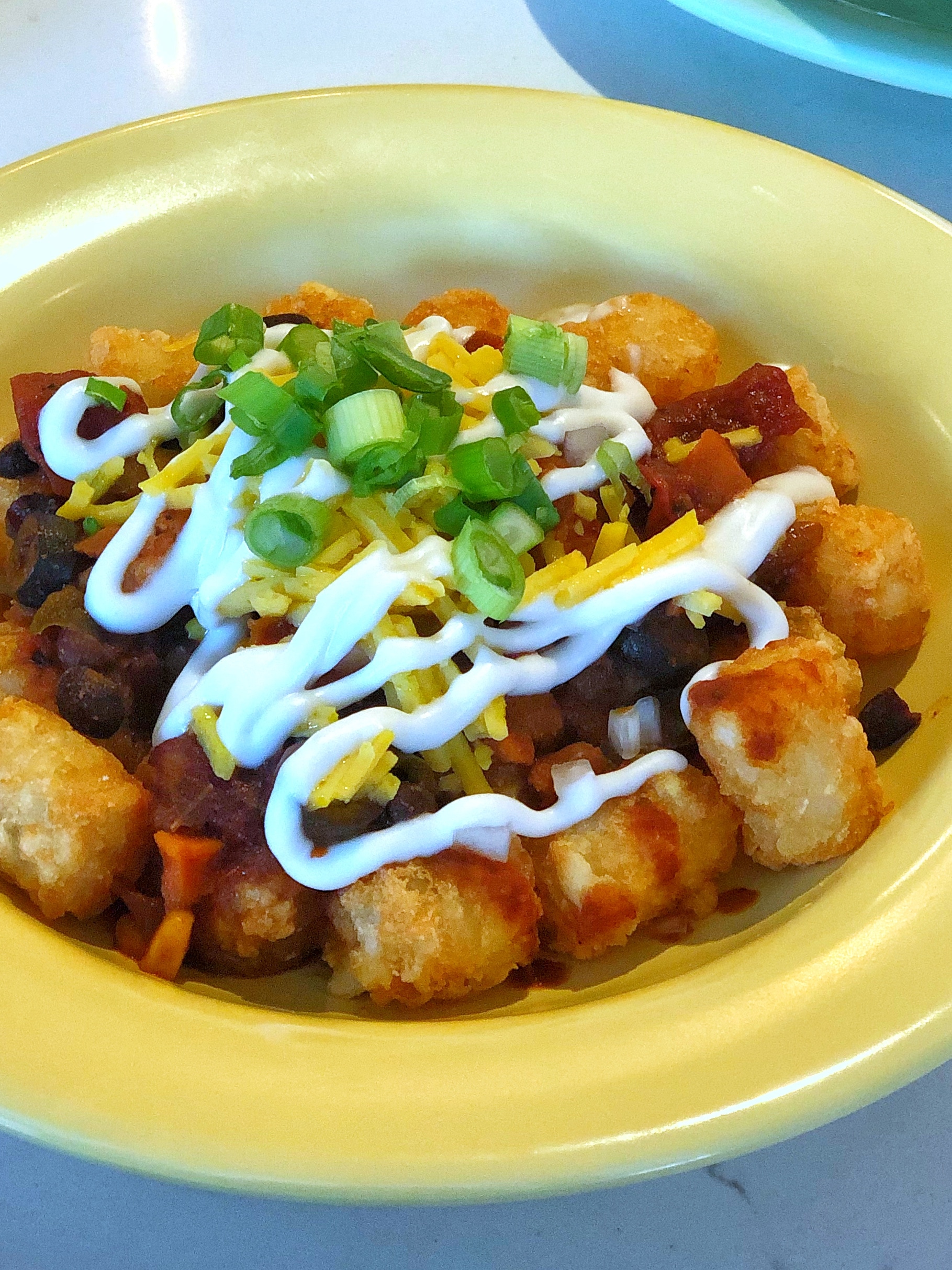 The dish will start with a base of crispy fried tater tots which will receive a generous topping of vegan chili, cheddar cheese, sour cream, and green onions.

A second vegan savory item added to the menu is the Plant-Based Burger featuring a vegan patty with plant-based mayonnaise and caramelized balsamic onion jam on a house-baked multi-grain bun.

The new sweet option is the Vegan Cookie Fries! 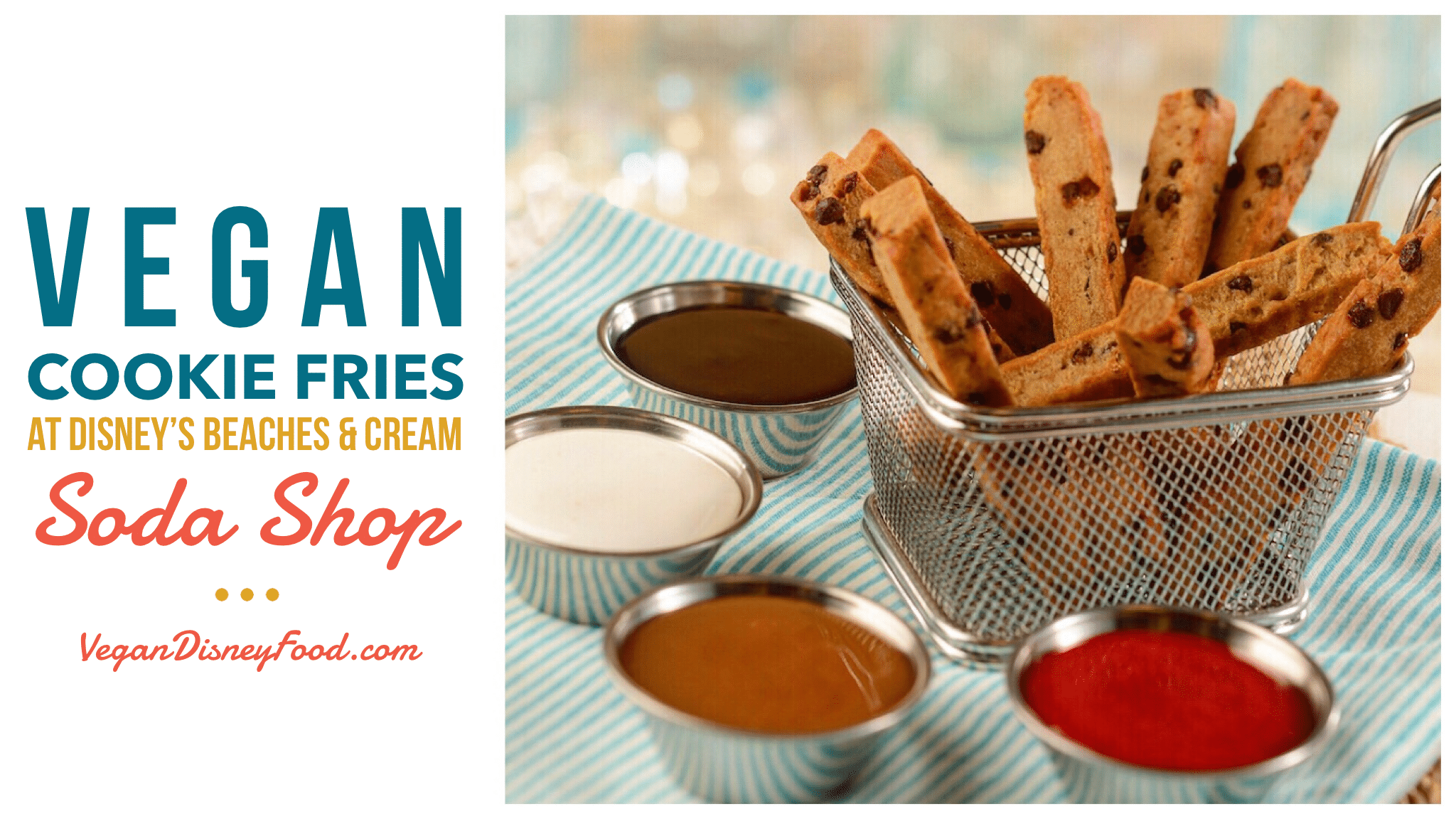 Beaches and Cream Soda Shop can be accessed via both ferry service and walkway from both Epcot and Disney’s Hollywood Studios. Guests of Disney’s Art of Animation Resort, Pop Century Resort, Riviera Resort and Caribbean Beach Resort can reach the restaurant via the new Disney Skyliner.

We’ll be out on December 26th testing these new vegan offerings out to report back to you!

WANT TO REMEMBER THIS OPTION? Save the “ Vegan Loaded Tots at Beaches and Cream Soda Shop in Walt Disney World” pin to your favorite Pinterest board. 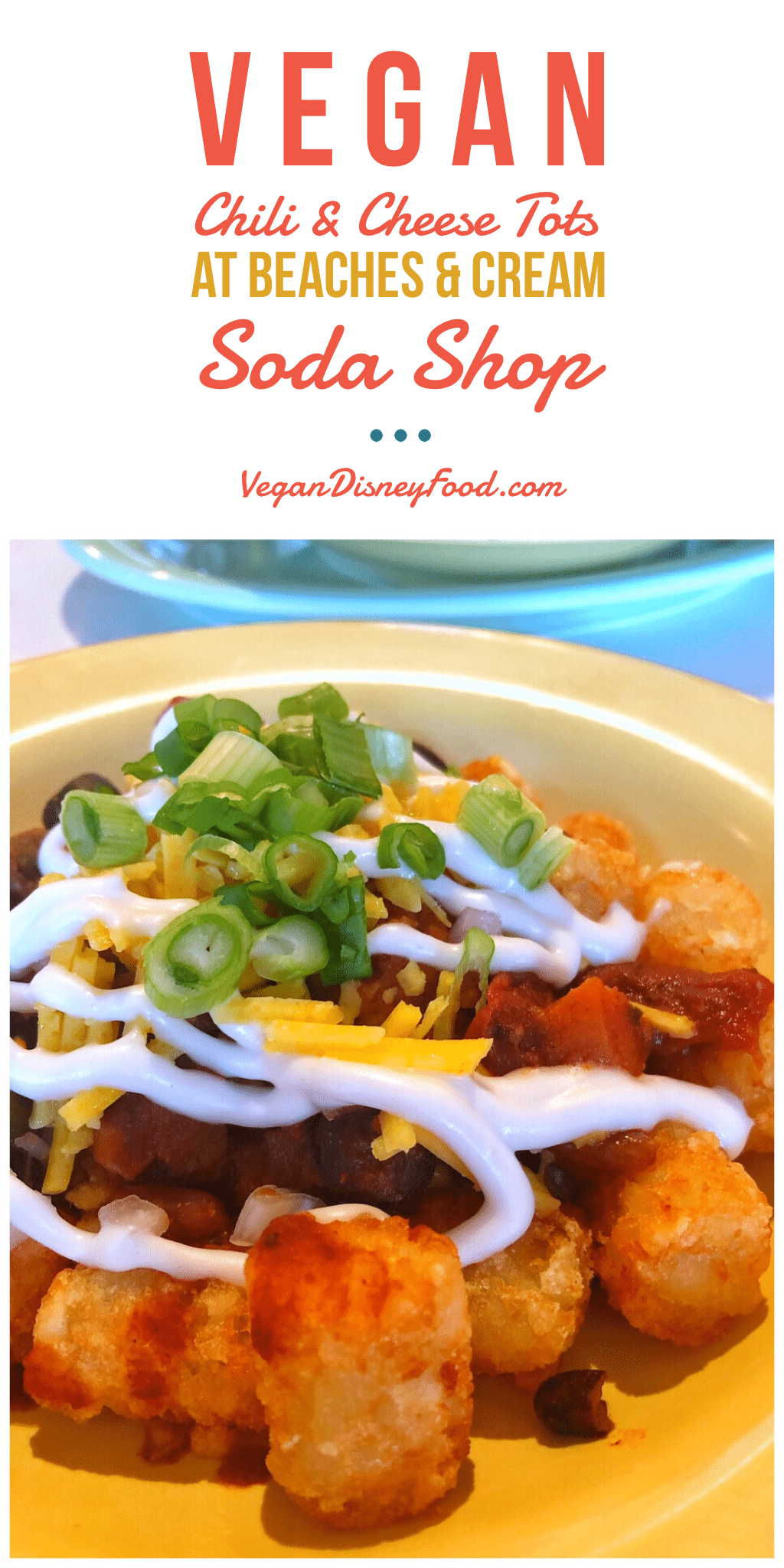