You can find a tangy vegan dessert being served inside the Jungle Navigation Co. LTD Skipper Canteen at the Magic Kingdom.

Order this sweet and tart vegan dessert at the Jungle Navigation Co. LTD Skipper Canteen in Adventureland at the Magic Kingdom in Walt Disney World.

We were able to sample it at an event Disney hosted us at last week and it was phenomenal! 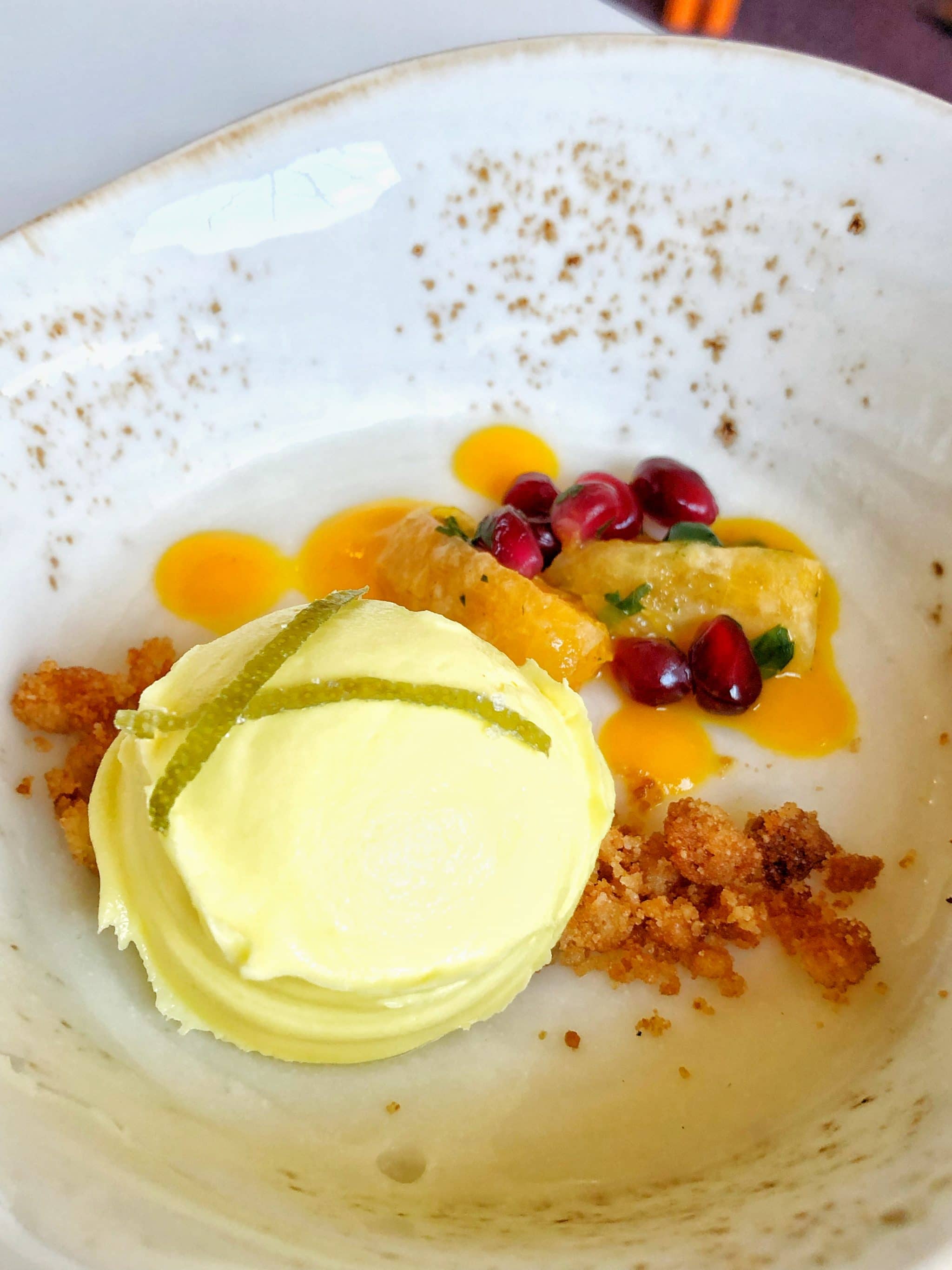 The dessert is completely vegan as-is.

The dish starts with a base of lime panna cotta topped with a scoop of mango lime sorbet. It’s garnished with fresh orange segments, pomegranate pearls and a Brazil nut cookie crumble. 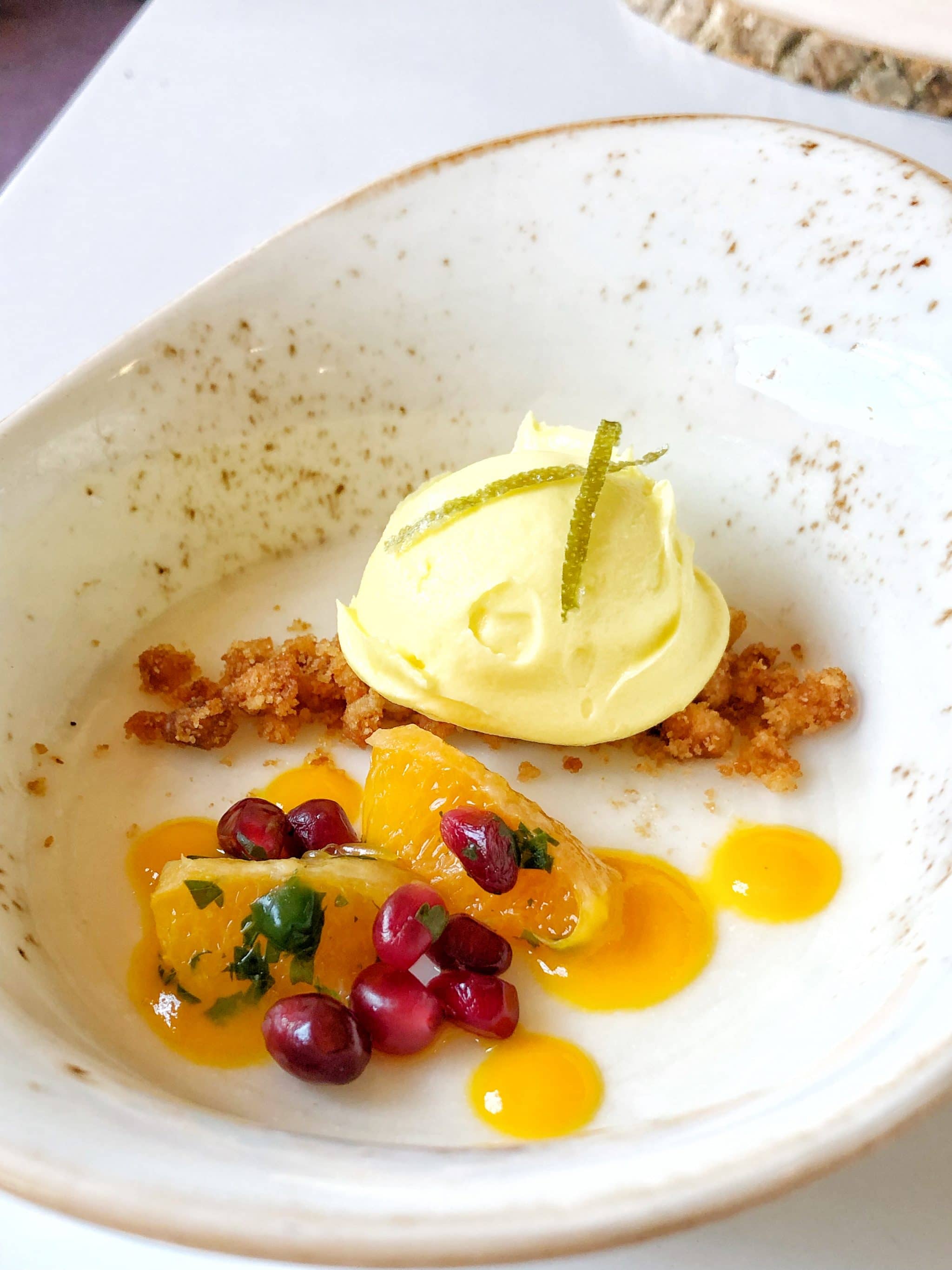 I usually shy away from creamy desserts as I am more of a texture lover, however the fruit and cookie crumble added a fantastic texture and depth of flavor to this offering.

Vegan savory options here include Falls Family Falafel and the Shiriki Noodle Salad off of the “Appetizer” portion of the menu. Entrees include the Curried Vegetable Crew Stew as well as the Perkins Thai Noodles without chicken.

WANT TO REMEMBER THIS OPTION? Save the “Vegan Panna Connie’s Congo Lime Delight at Disney’s Skipper Canteen” pin to your favorite Pinterest board. 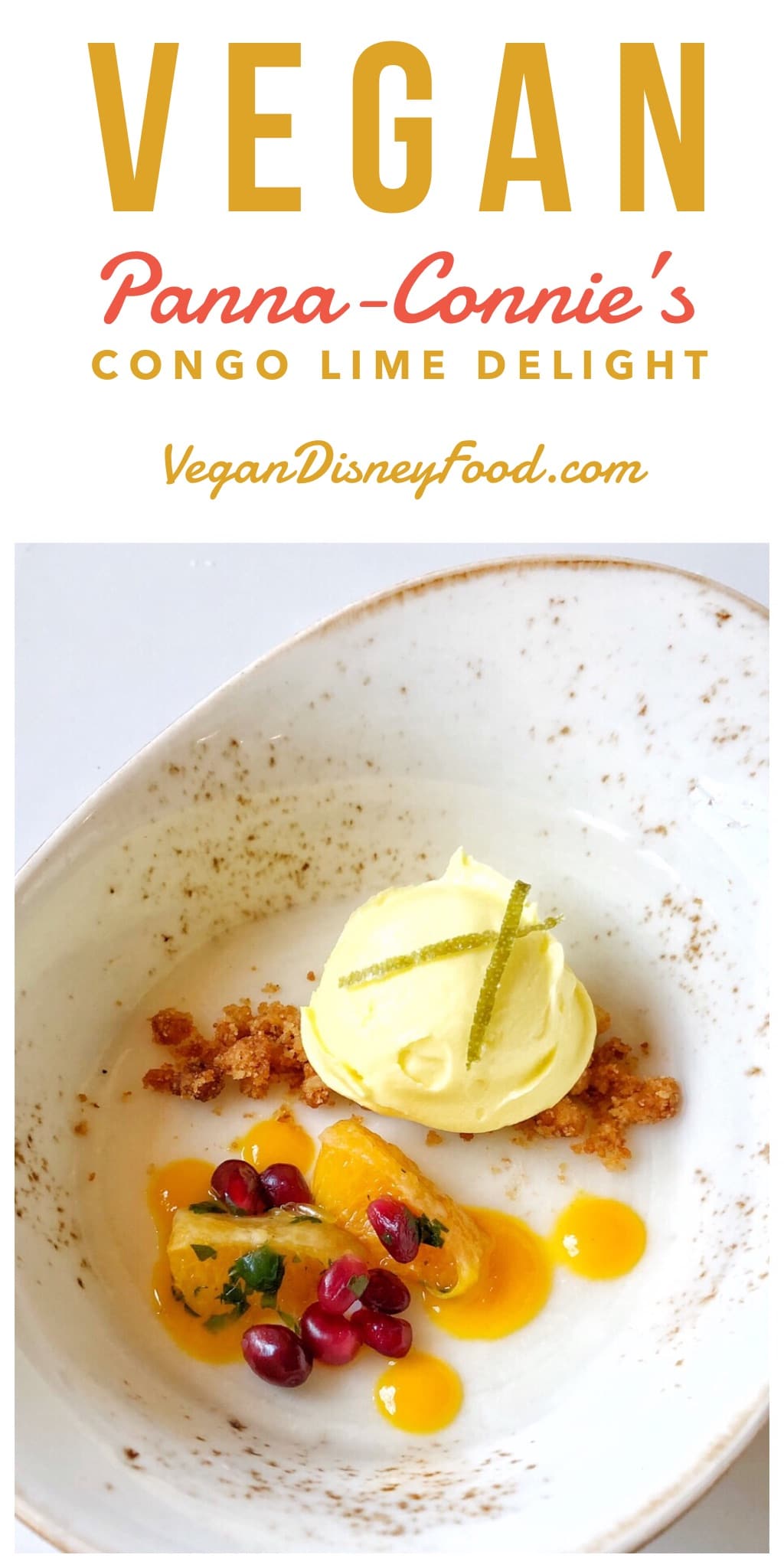