It’s February, a month of love…and LAVA? Well you can experience both at the Sunshine Tree Terrace in Adventureland at the Magic Kingdom. The fan favorite I Lava You Float has appeared on the scene again after first debuting in December 2019, and making a few returns since then. 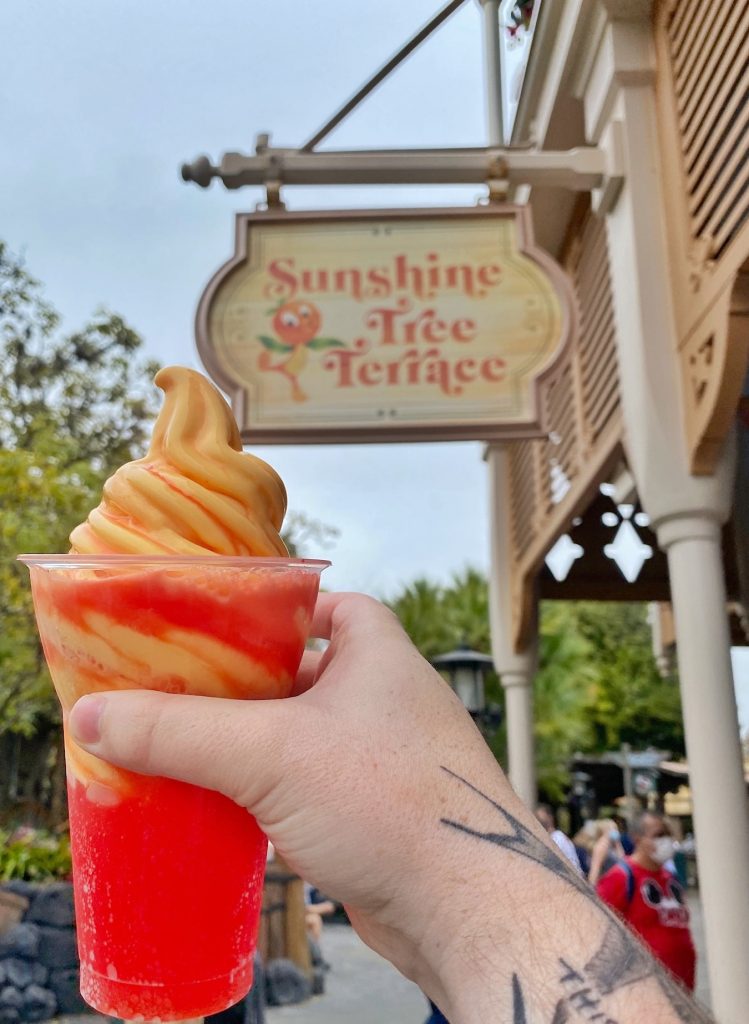 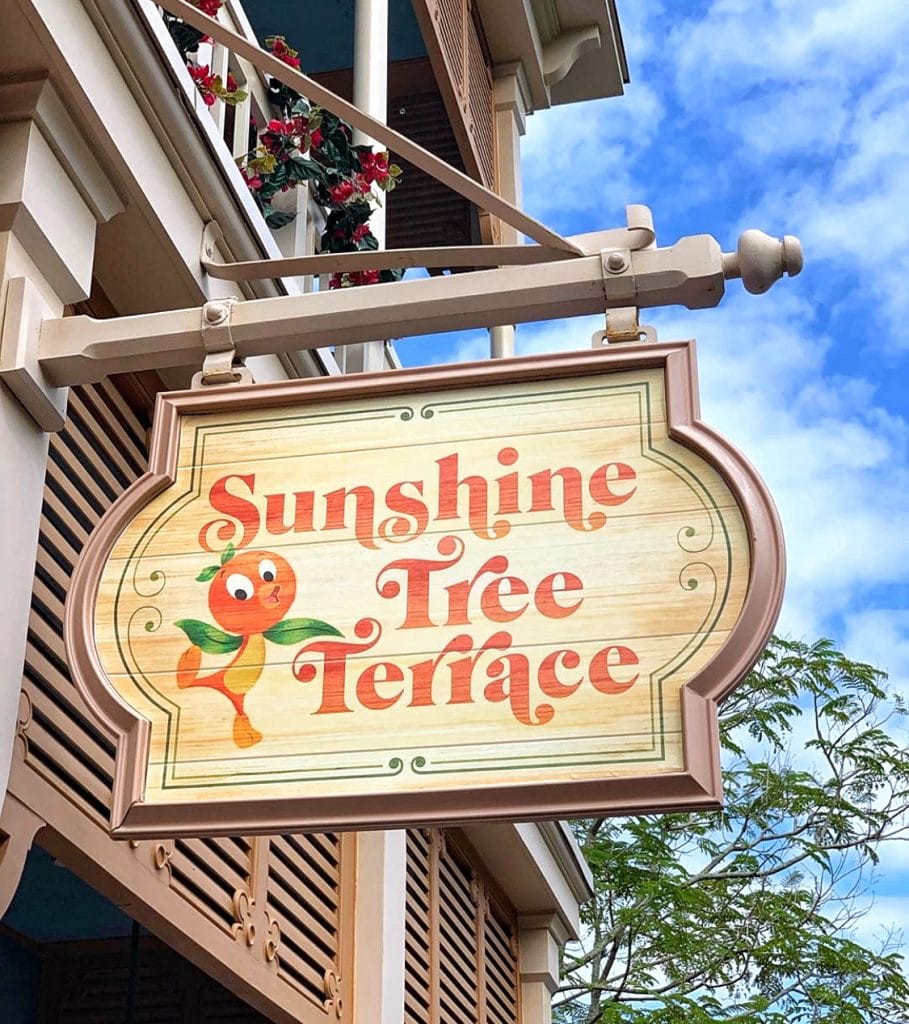 Disney has used the vegan-on-its-own Orange Dole Whip in other options like the FOMOsa float (like Mimosa without the alcohol so it’s faux, but also FOMO is Fear of Missing Out, so you kind of HAD to get it!) in a champagne flute with sparkling apple cider, and the Orange Dole Whip and Fanta orange soda float. 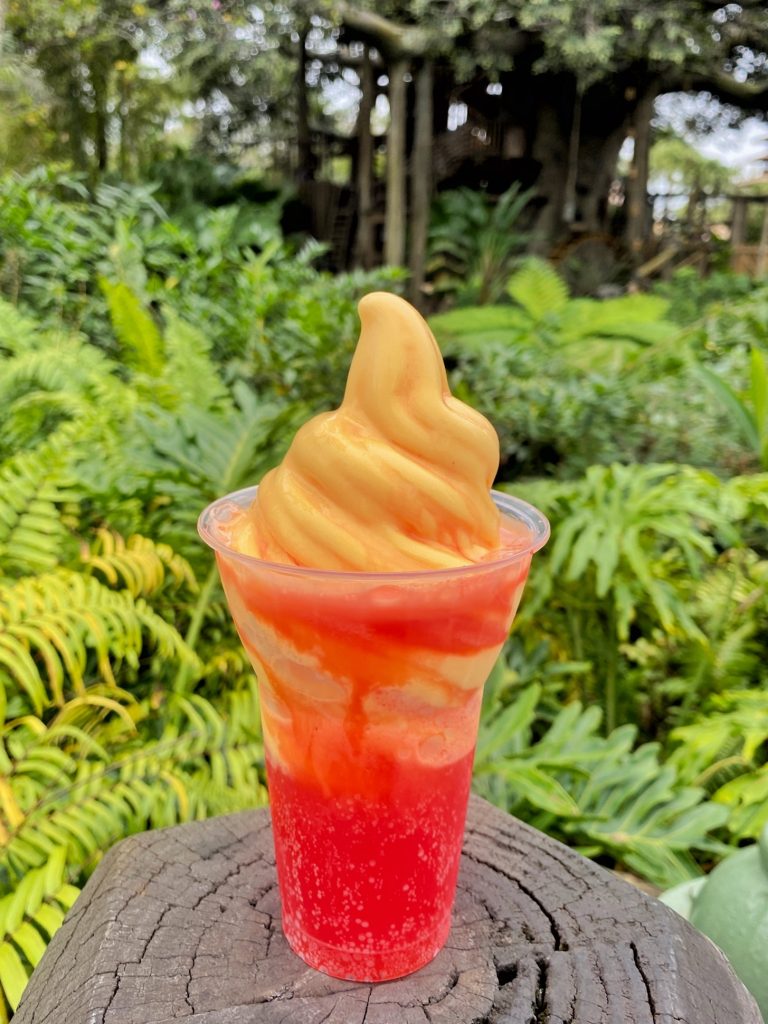 The I Lava You Float features the Orange Dole Whip with the Fanta orange soda, and Strawberry and Red Passion Fruit Syrup, all of which are vegan. The float normally comes with “popping candy” aka Pop Rocks, so be sure to omit those due to lactose.

Also make sure the cast member dispenses all orange and no vanilla ice cream swirl. Orange is currently the only vegan flavor at Sunshine Tree Terrace. Aloha Isle and other Dole Whip locations around Walt Disney World have pineapple and different options too. If it’s not pineapple or orange, it’s always good to check and make sure it is truly vegan. Our roving reviewer said the flavor of the orange Dole Whip and the orange soda weren’t a perfect blend, but it’s a unique combo! 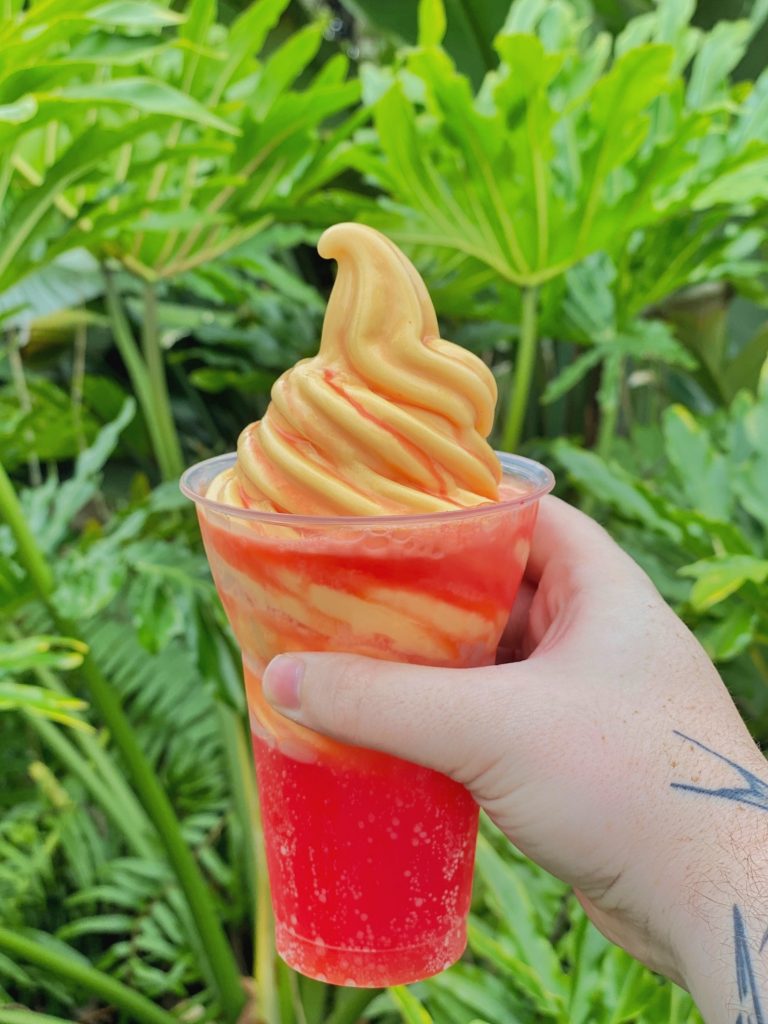 You can also get a classic orange Citrus Swirl in a cup or a float. The citrus swirl isn’t as ‘creamy’ as the Dole Whip and tastes more like frozen orange juice. We think the I Lava You Float is a much more fun option though. We aren’t sure how long it’ll stick around the Magic Kingdom, so get it while you can!

UPDATE: I was commenting in a vegan group on facebook and mentioned that I wanted to try this without the soda, just the Dole Whip and the syrups. A group member agreed and went out today to get just that! She agreed to let us share her photo here, so take a look:

Katie said this was the way to go, sweet, but a good mix of flavors. I can’t wait to try it myself! Let us know if you test this version out! 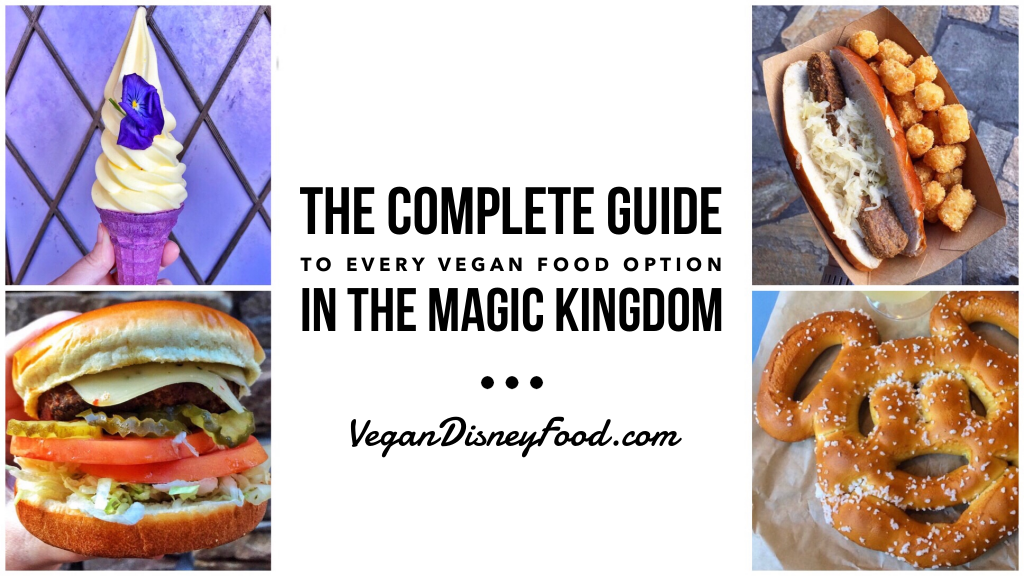 WANT TO REMEMBER THIS OPTION? Save the “Sunshine Tree Terrace I Lava You Orange Dole Whip Float” pin to your favorite Pinterest board. 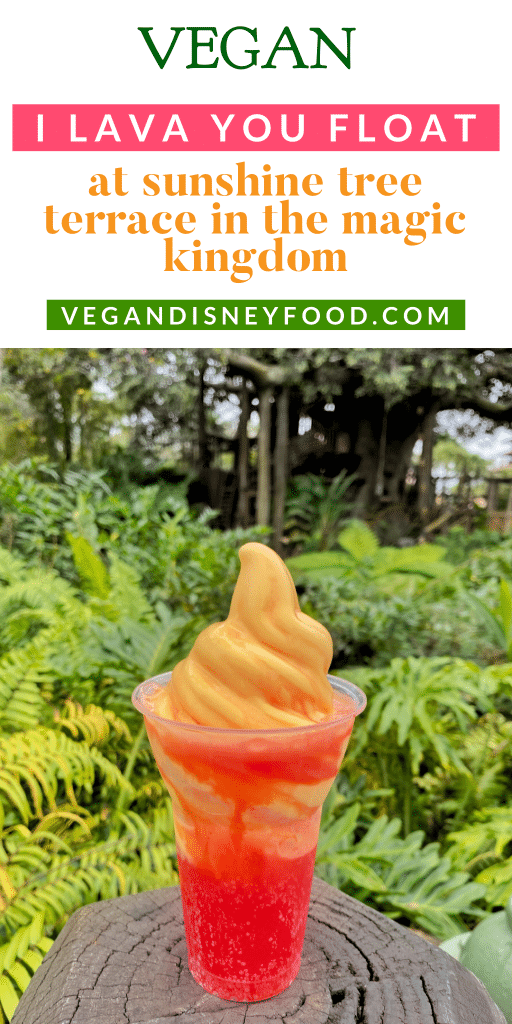