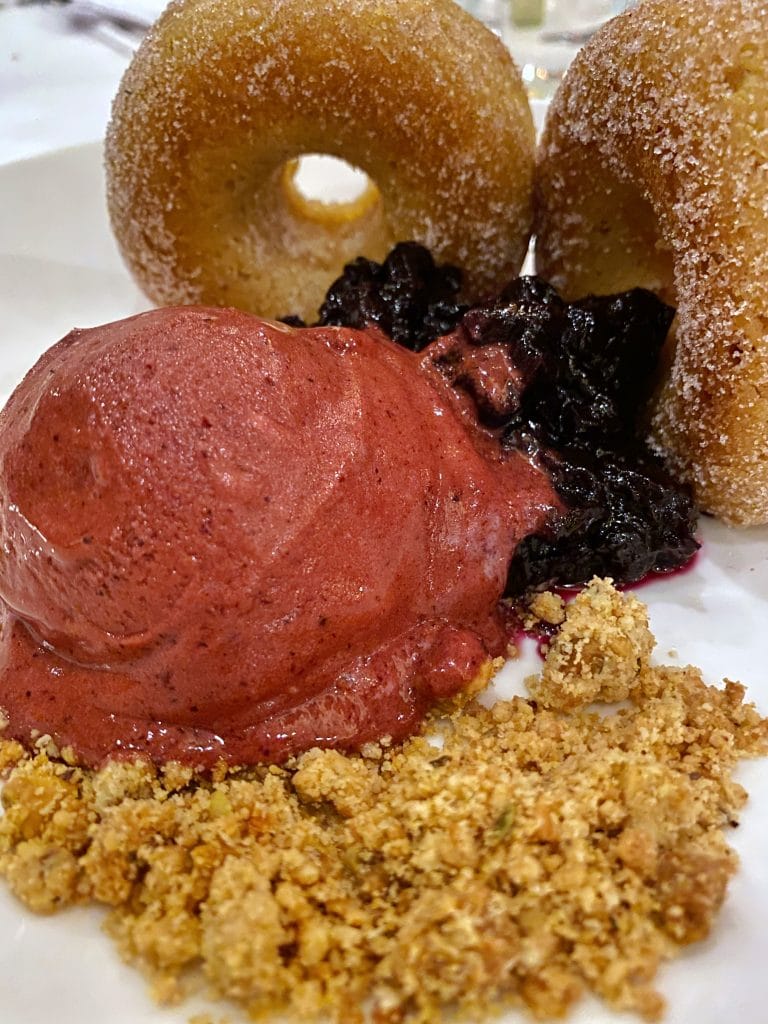 Our California Grill experience ended with the plant-based dessert item: vegan Blueberry Doughnuts. There used to be a second option of a cashew cheesecake, however, that is no longer on the menu as of now. 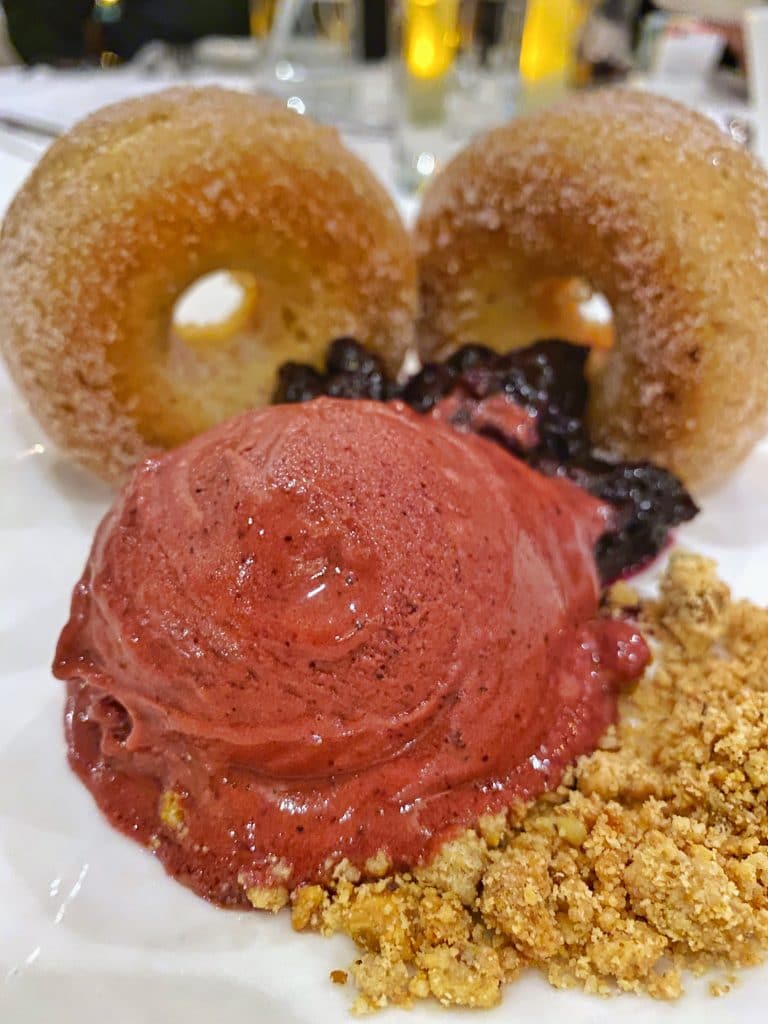 We still miss the Lavender Doughnuts trio that were previously offered. However, I really enjoyed the blueberry “fauxyo” that comes with this dish. The pistachio crumble combined with the Blueberry Gin Jam pack a flavorful punch. A great combination of textures and flavors.

The vegan doughnuts themselves seem a little out of place with their corn-bread like flavor and texture, but we’ll let you be the judge if you try them. Overall, it’s a satisfying dessert option and it’s nice to have some unique flavors beyond the typical. You can also ask to switch the fauxyo to the vanilla tofutti or rice dream they usually have at California Grill.

If dessert doughnuts aren’t your thing, what about a doughnut salad? See what one guest was recently served at California Grill!