Vegan Valentine’s Day sweethearts rejoice! Disney Parks Blog just announced their Valentine’s sweets and treats and lo and behold, we have a plant-based totally vegan item – the Plant-based Engagement Ring Cake available at the ABC Commissary at Disney’s Hollywood Studios! UPDATE: PLEASE read the info below regarding the ingredients in this dessert. 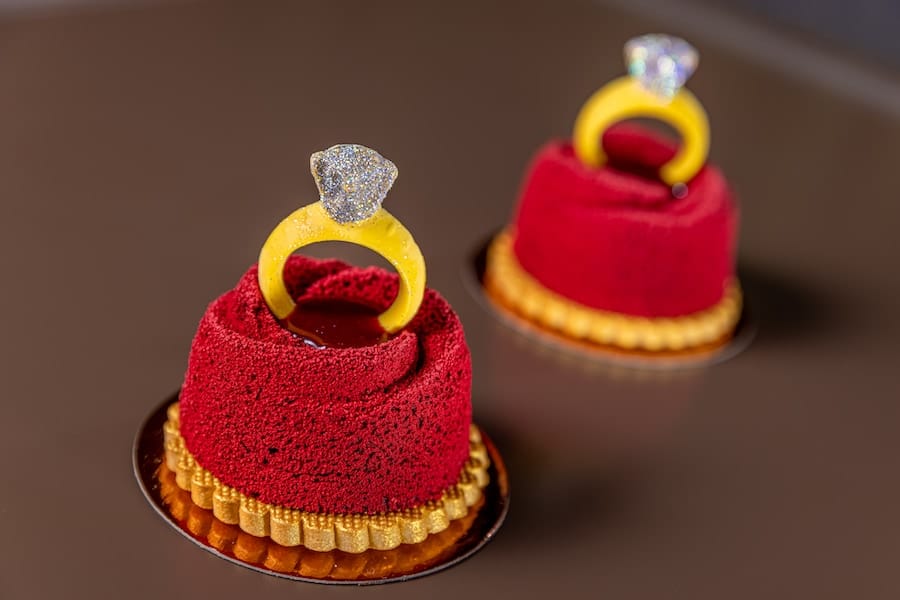 The funny thing is, as I was scrolling through the blog post, the Engagement Ring Cake dessert jumped out at me as being one of the most adorable. So the fact that it’s vegan makes my heart pitter-patter like Thumper’s foot seeing Miss Bunny!

Here are all the details: 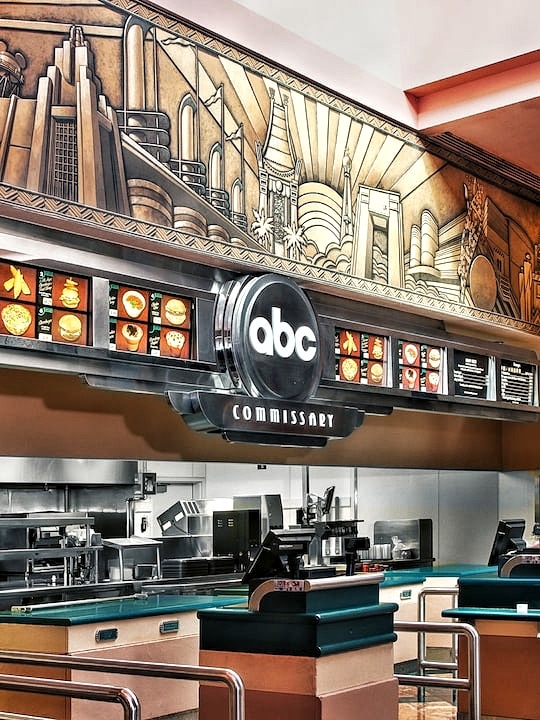 UPDATE: We were here at opening to get the first one of these vegan (we thought) desserts. I ordered and did my little photo shoot before trying a bite to give a review here. I will say it tasted amazing. So amazing in fact that I thought “hmm, that shortbread cookie sure tastes like real butter, let me get the ingredients list just in case…” and this is why our site and instagram account exists. I should’ve asked for the ingredients up front, but I trusted that Disney would have plant-based ingredients in their marked items. A very helpful manager let me see the allergy binder to see the ingredients. There were so many, I asked if I could take a photo and was told yes. So I did, and sat back down to look it over. 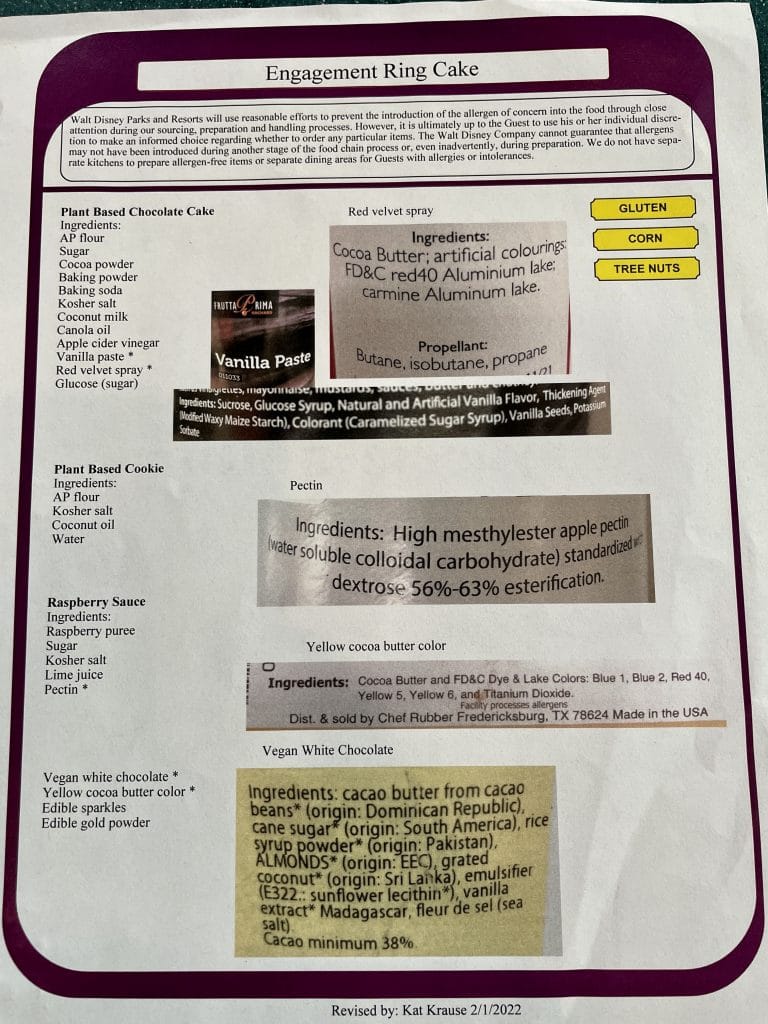 That’s when I saw the ingredients for the “Red Velvet Spray” which I’m assuming is some sort of food coloring spray to go on the outside of the chocolate cake. You’ll see the last ingredient is “carmine aluminum lake.” Carmine, or cochineal, is made from crushed beetles. If you’re wondering why it isn’t spelled out clearly, here’s why: “A request from the Center for Science in the Public Interest urging the FDA to require ingredient labels to explicitly state that carmine is derived from insects and may cause severe allergic reactions and anaphylactic shock was declined by the FDA.[13][14] Food industries were aggressively opposed to the idea of writing “insect-based” on the label, and the FDA agreed to allow “cochineal extract” or “carmine”.”

Normally I wouldn’t rely on wikipedia for evidence, but this is linked directly to the FDA. Those familiar with the “Frushi” from Epcot’s Flower & Garden Festival will remember that the pink coloring in that dish also comes from cochineal, which I have personally pointed out and I know my vegan compatriot at VeganDisneyWorld has as well, however it is till used by Disney.

This is obviously extremely disappointing, not only that it is being used at all, but that Disney chefs are not receiving the education or doing the research needed to ensure that these descriptions and “plant-based” titles are accurate. Obviously, those with severe allergies could have an extreme reaction to this ingredient and while it may seem like no big deal, it does in fact, matter to many.

I spoke to the chef at ABC Commissary today and was informed that they are made offsite at the Walt Disney World bakery, and they would have to let them know and pass along the information before any changes could be made. I will be emailing Disney ([email protected] and [email protected]) as soon as I hit update on this post, and I implore you to do the same. Hopefully we can raise awareness and get this dessert changed in time for us to enjoy it for Valentine’s Day. It would be just as delicious without the red color, in my opinion. 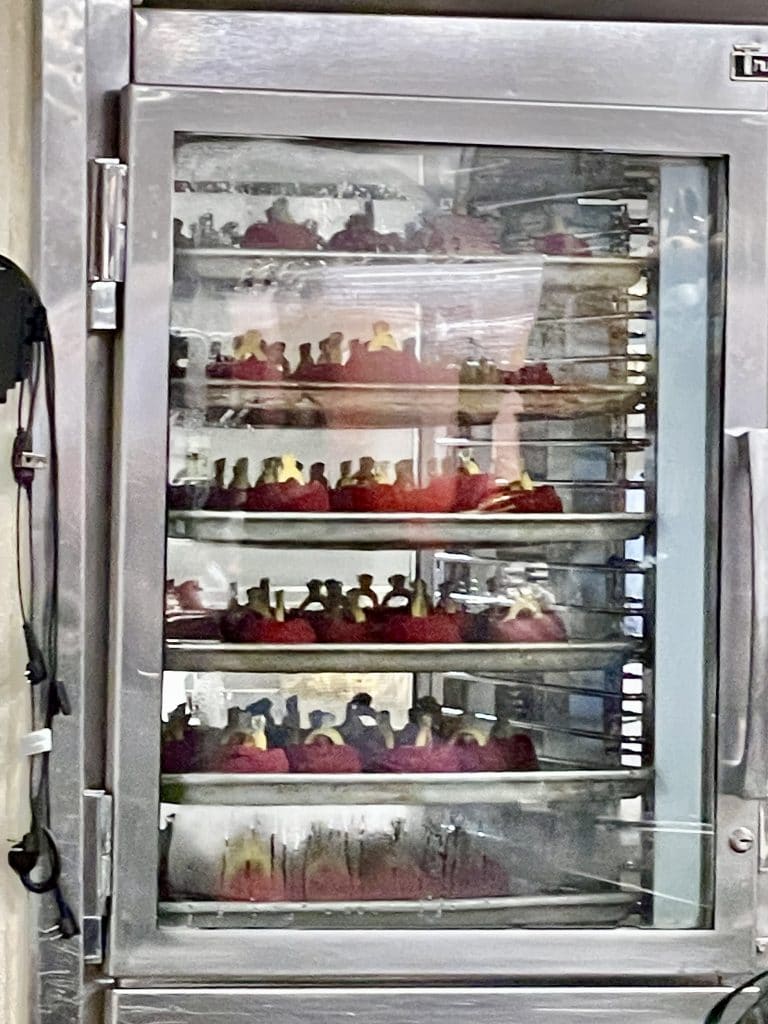 Until then, be aware when ordering. It is of course everyone’s personal choice whether or not to eat this, but I felt the information had to be shared and explained as it is very misleading to be labeled as plant-based when using this ingredient. We will update with any response we receive or changes made to this item.

UPDATE: As of the day after this post, ABC Commissary removed plant-based labelling from the menu/signs in the restaurant and it was not noted as plant-based on the My Disney Experience app. That’s great, however the ingredients are still in there, as well as being used on a Valentine’s Day Dole Whip, with the red spray used on a regular pineapple Dole Whip. This is still very disappointing that Disney is using products with this ingredient and we implore them to do better.