This Asian inspired vegan bowl can be found at the ABC Commissary in Disney’s Hollywood Studios at the Walt Disney World Resort.

Because one can only eat SO many Beyond Burgers on vacation… 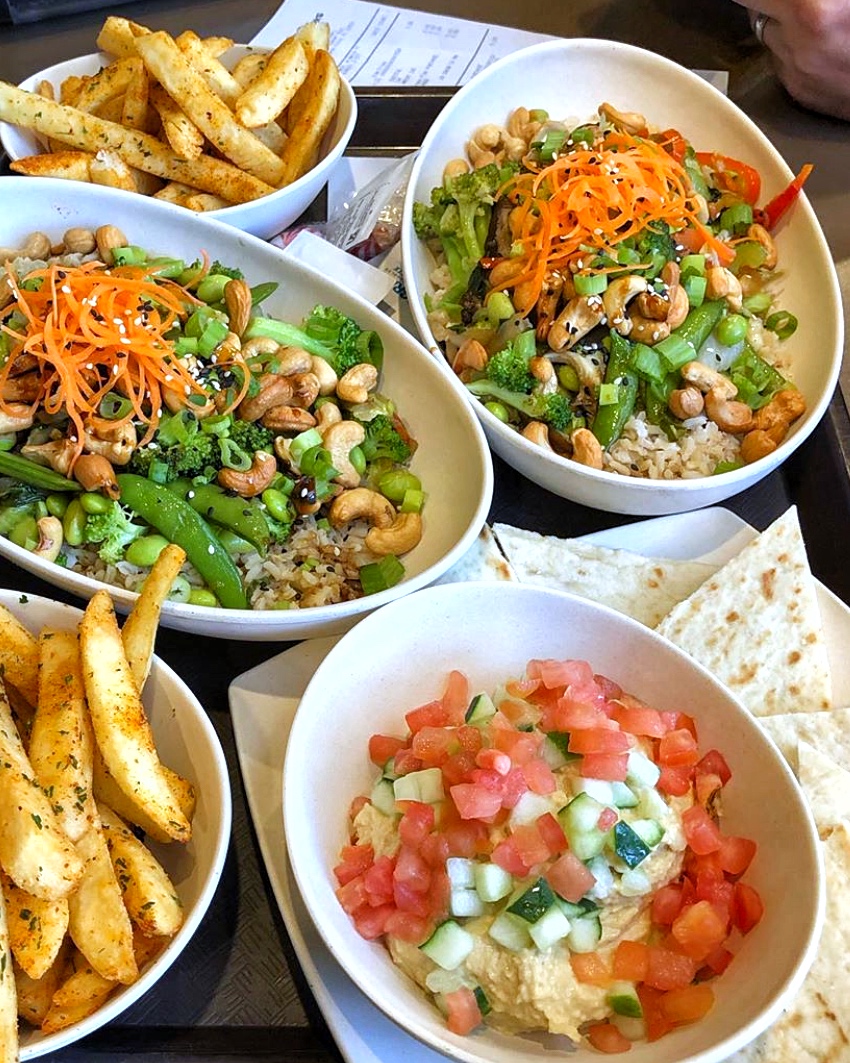 Sides here include Hummus topped with diced cucumber and tomato served with flatbread as well as seasoned Steak Fries.

You can also score a vegan California Burger which is a Beyond patty with Sriracha mustard, balsamic glazed grilled bell peppers and onions with a “mayo”-ketchup blend topped with lettuce and tomato.

WANT TO REMEMBER THIS OPTION? Save the “Teriyaki Vegetable Bowl at ABC Commissary” pin to your favorite Pinterest board. 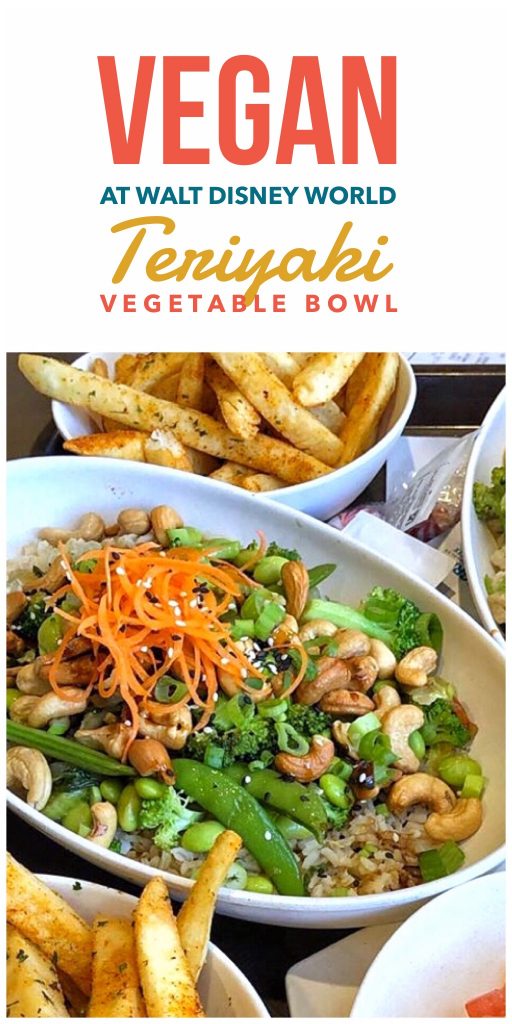