Step back in time and check out the vegan options at 50’s Prime Time Cafe on Echo Lake in Disney’s Hollywood Studios at Walt Disney World.

This 50’s throwback will have you sitting on high gloss, glitter dinner chairs around a black and white television set surrounded by chochskies. Be sure to keep your elbows off the table or you might get a stern warning from your server. Cast members stay in character here, much like they do at Whispering Canyon Cafe in Disney’s Wilderness Lodge. 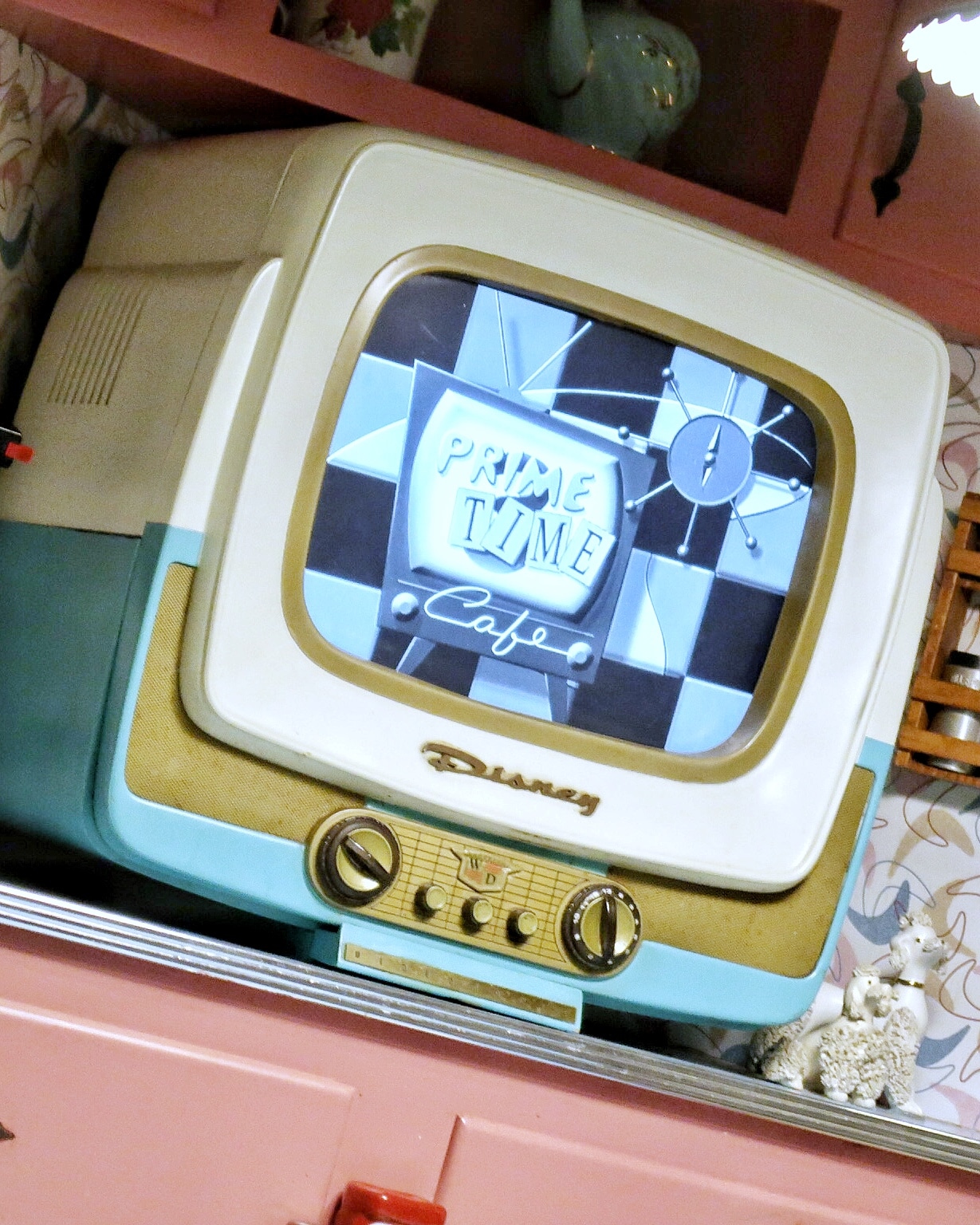 The Cafe is authentic in it’s decor. You’ll find period pieces adorning almost every shelf, corner and tabletop. Retro wallpaper covers the walls here as you step across linoleum flooring.

The attached Tune In Lounge is great place to sit and enjoy a beverage while waiting for your table to become available. 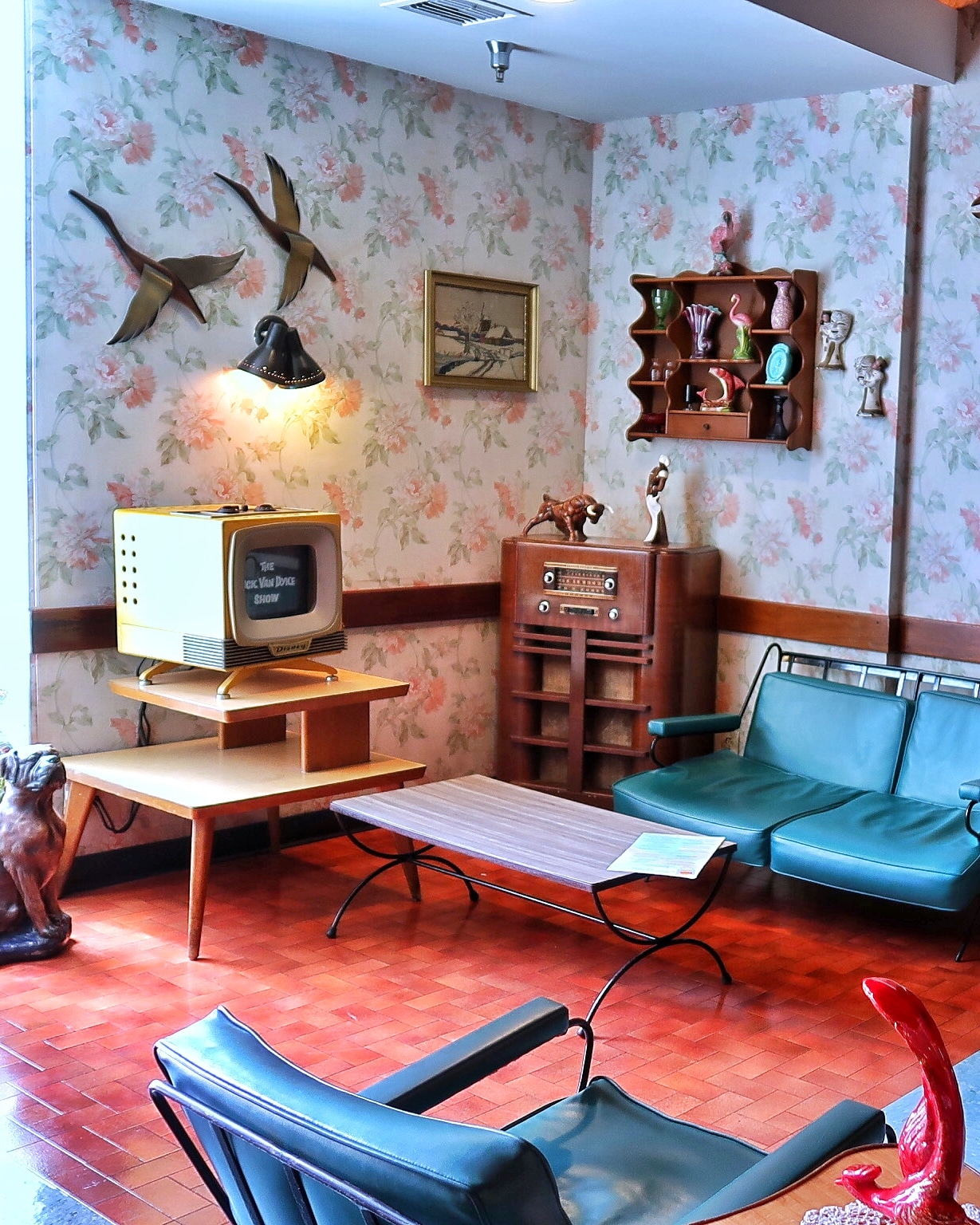 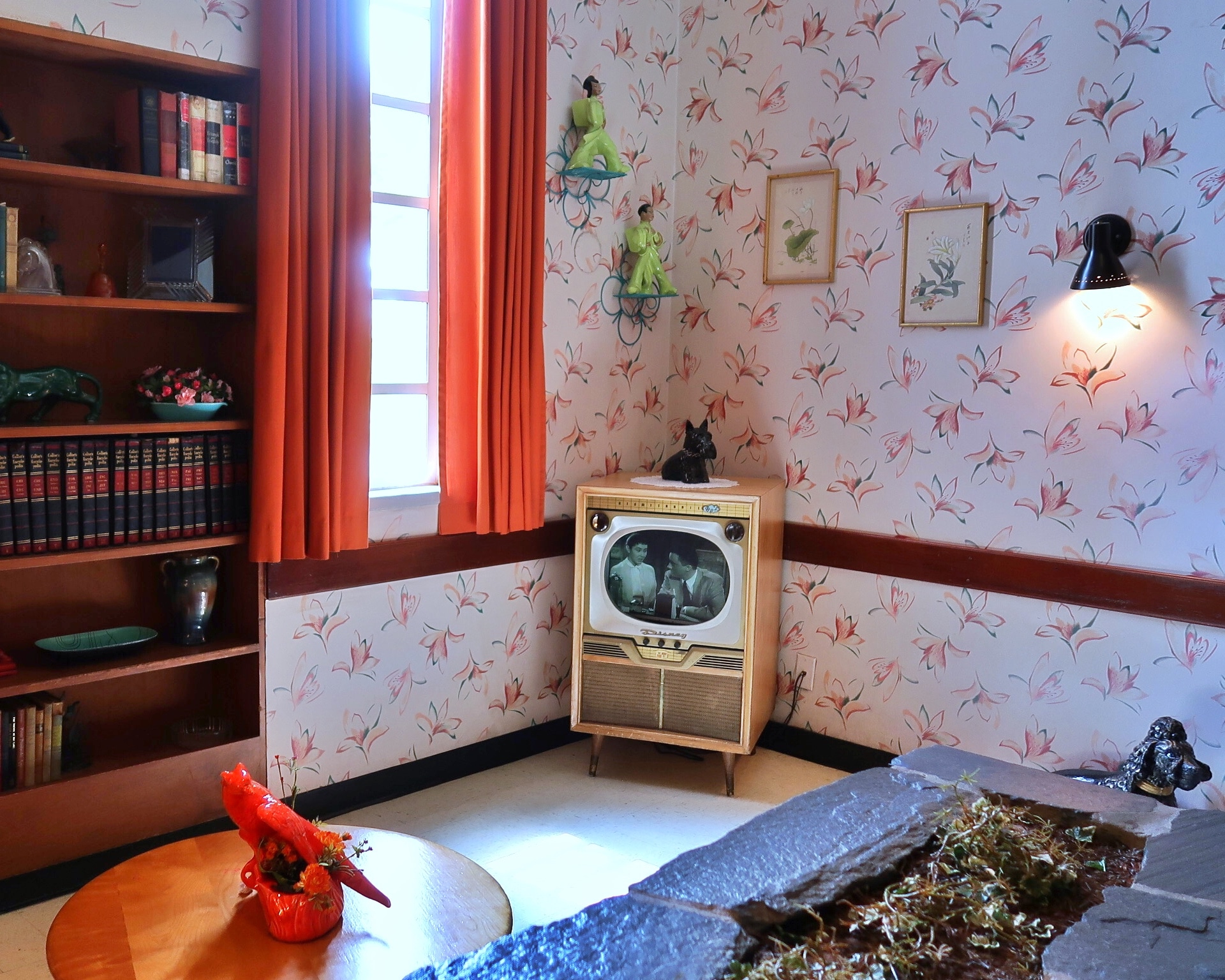 Seating in the vintage eatery themed after mom’s kitchen varies. Most tables are stand alone with a few shared banquette seating options. Some dining rooms are large open spaces while other tables look as though they are tucked away in their own little niche. 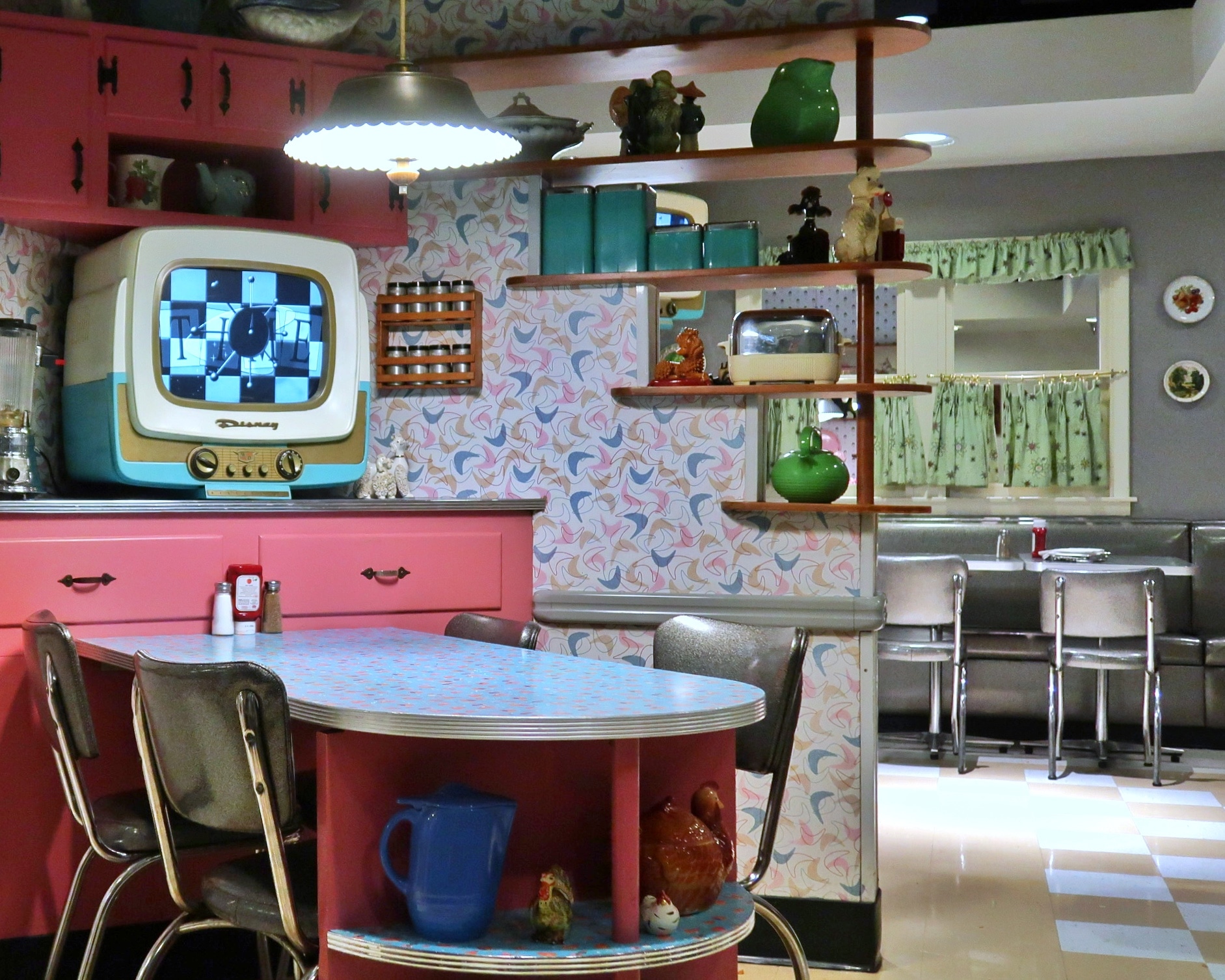 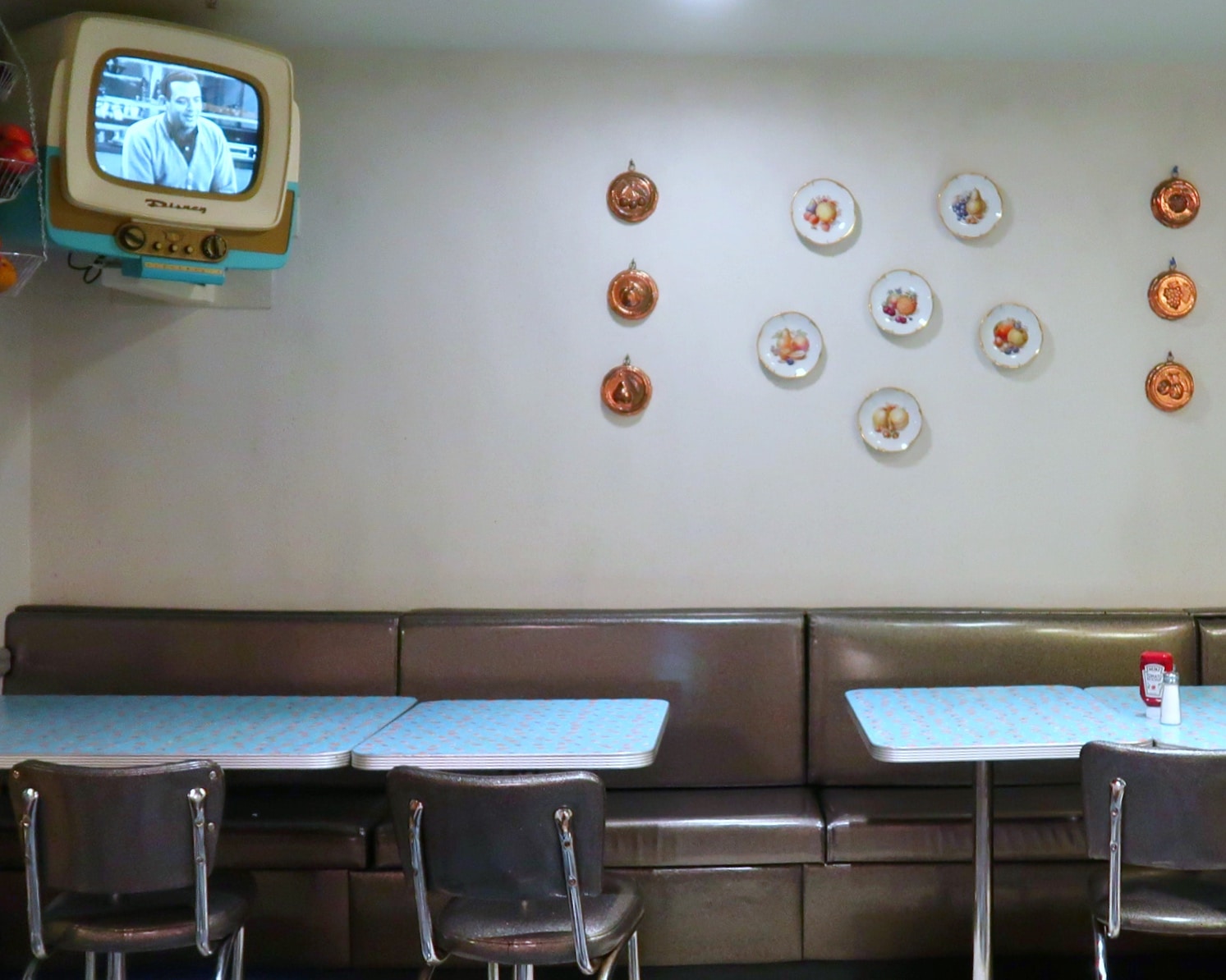 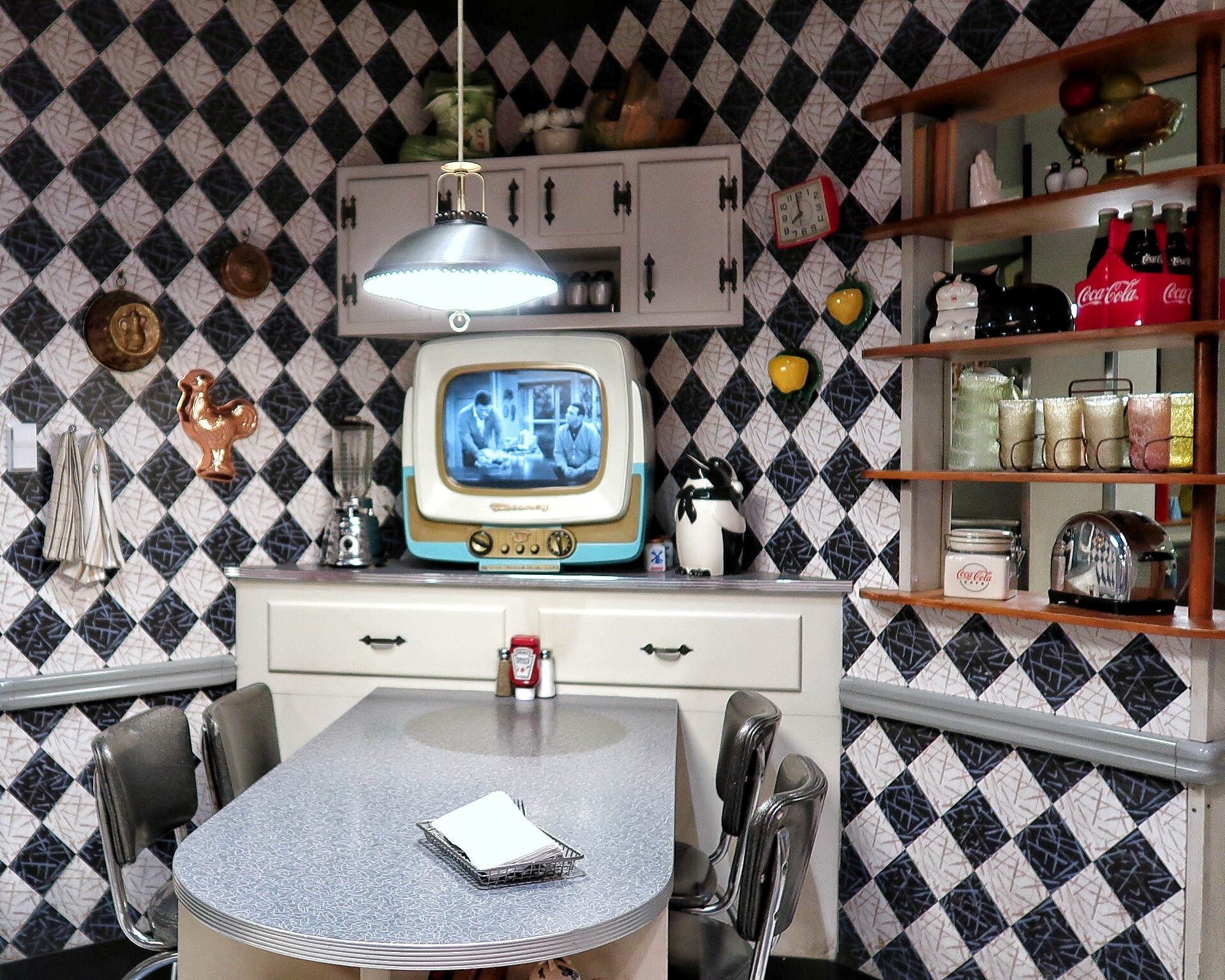 Start with a Vegan Vanilla Milkshake ($9) here. It’s one of the very few places on Walt Disney World property where they are sold. 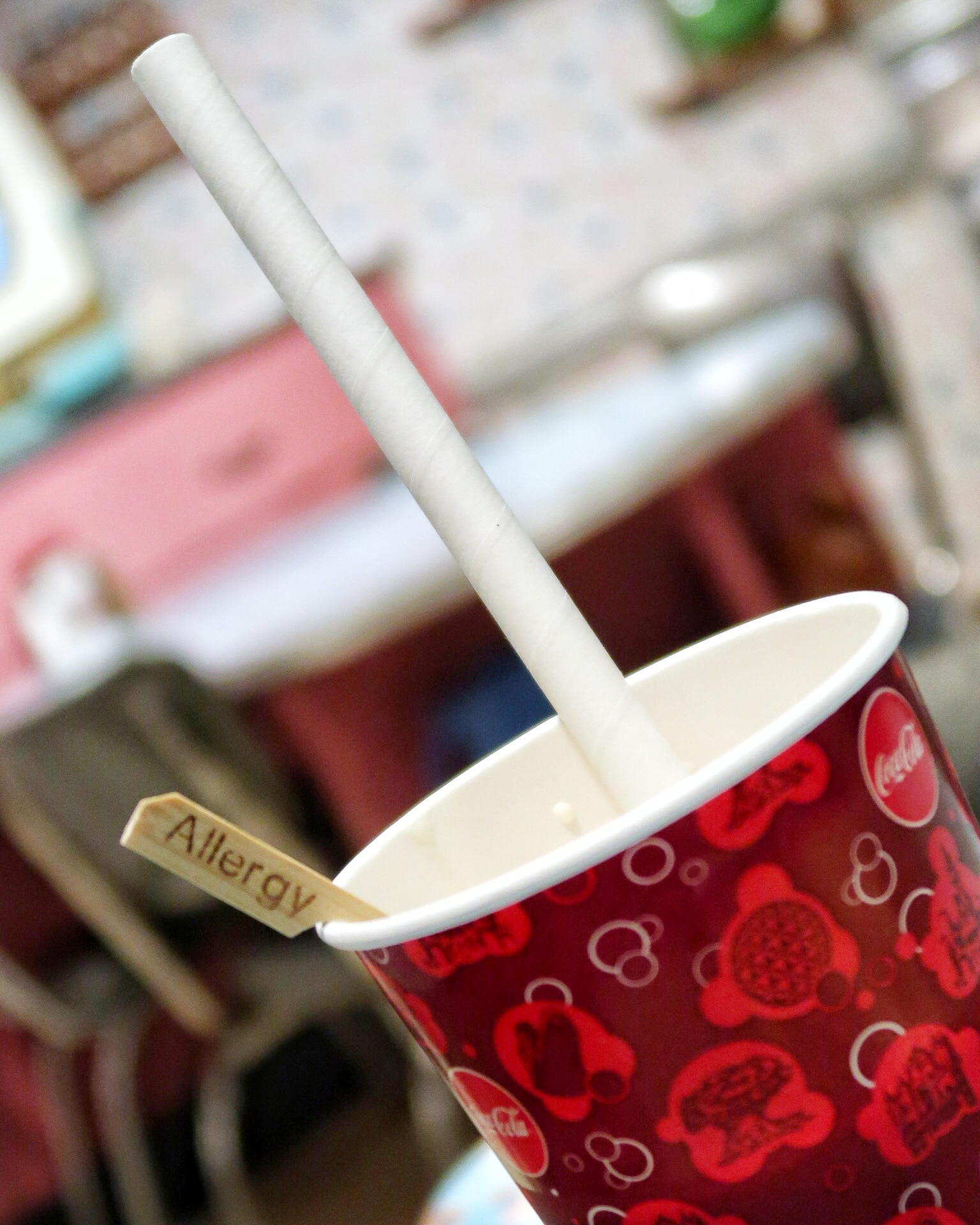 The vegan entree option is Cousin Harold’s Plant-based Entrée ($21). It’s described on the menu as a seasonal alternative with all the fixings.

What you’ll get is a bowl filled with kale, white beans, lentils, onion and tomatoes in a mushroom ragu. There is a polenta like center topped with house made tofu ricotta. 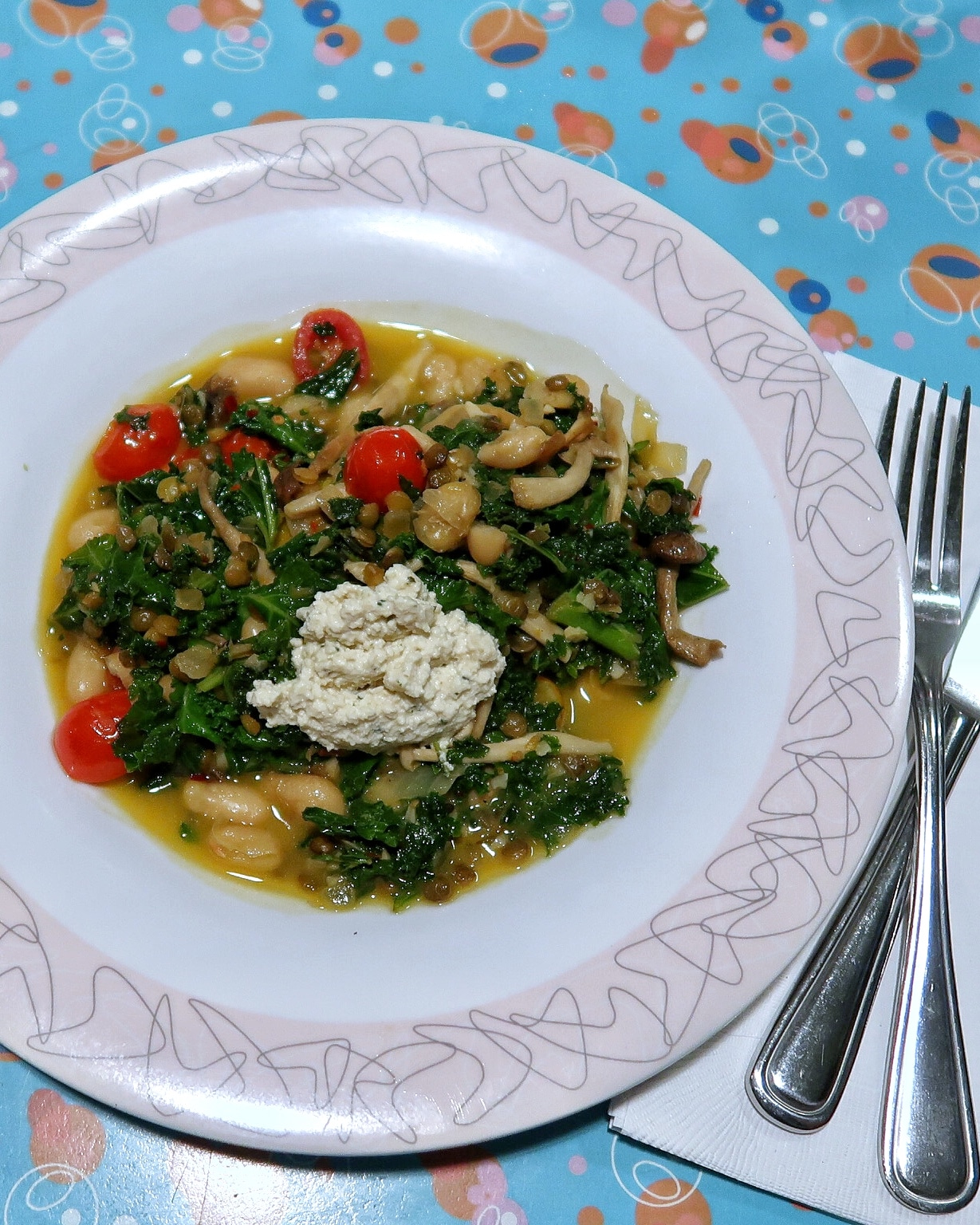 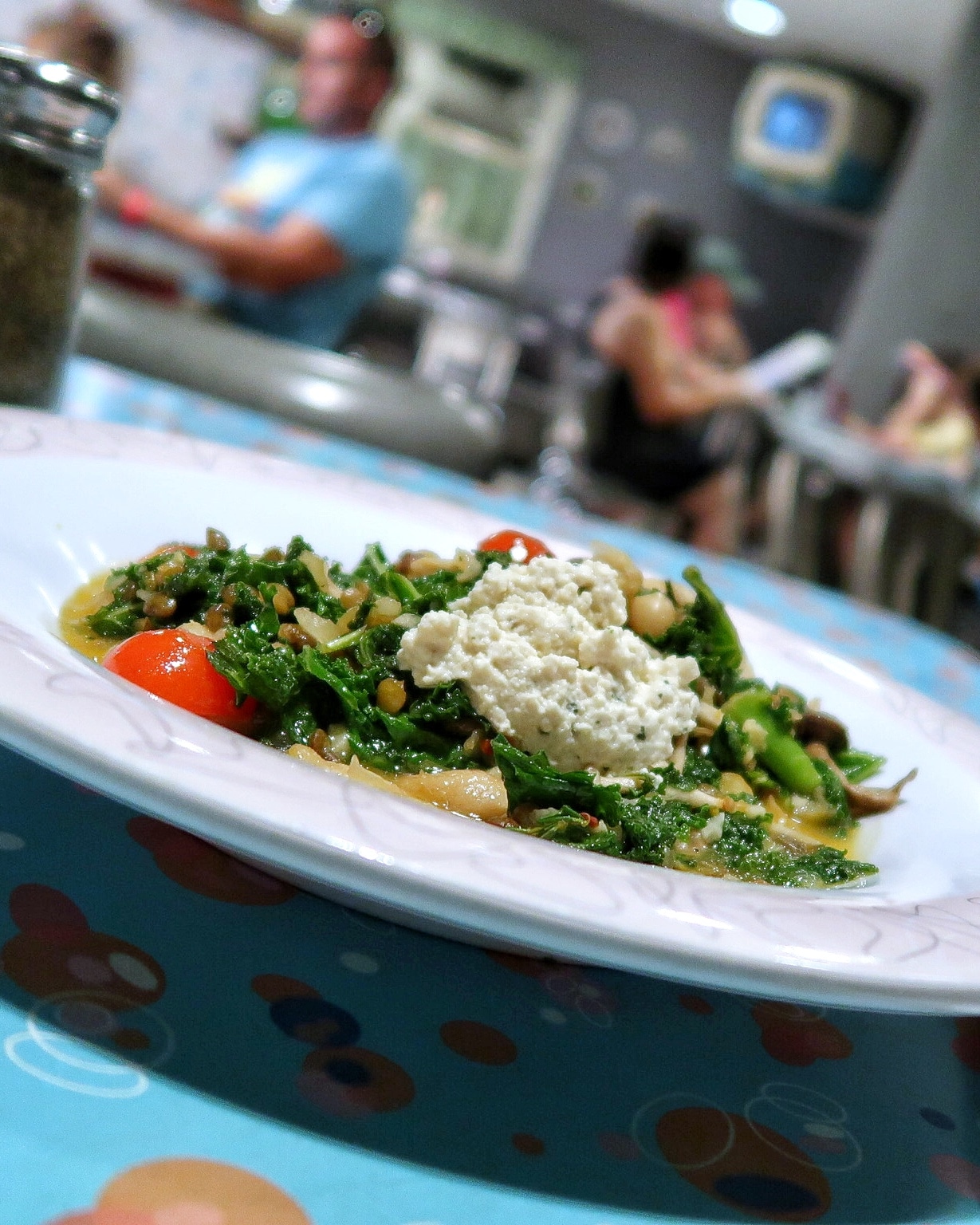 This dish had good flavor but we felt that it was overpriced.

For dessert, there’s an off menu vegan brownie a la mode. The brownie is typically served cold so go for the Traditional Plant-based Warm Apple Crisp (7.50) or really go wild and get it with a scoop of vegan vanilla ice cream ($9.50). 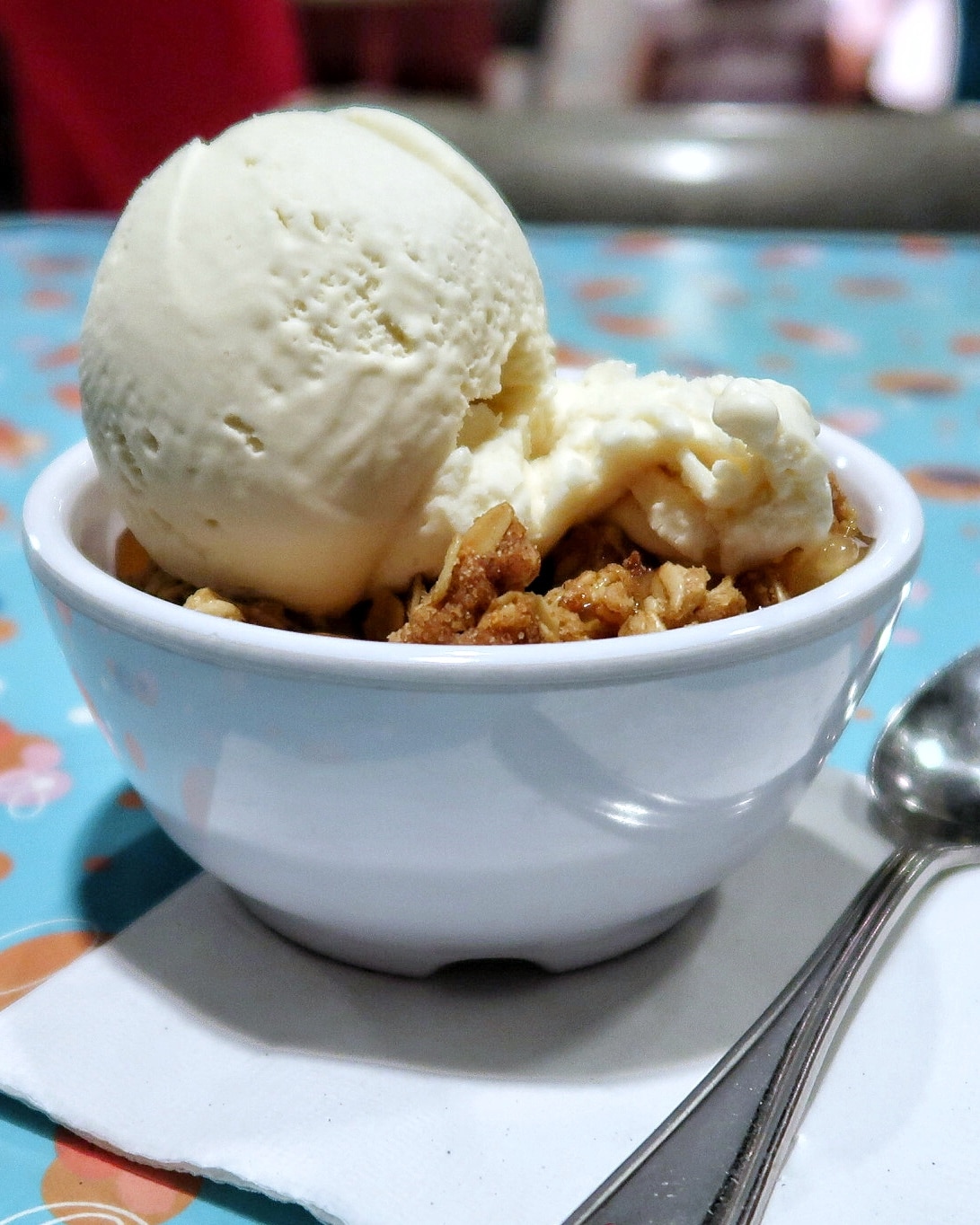 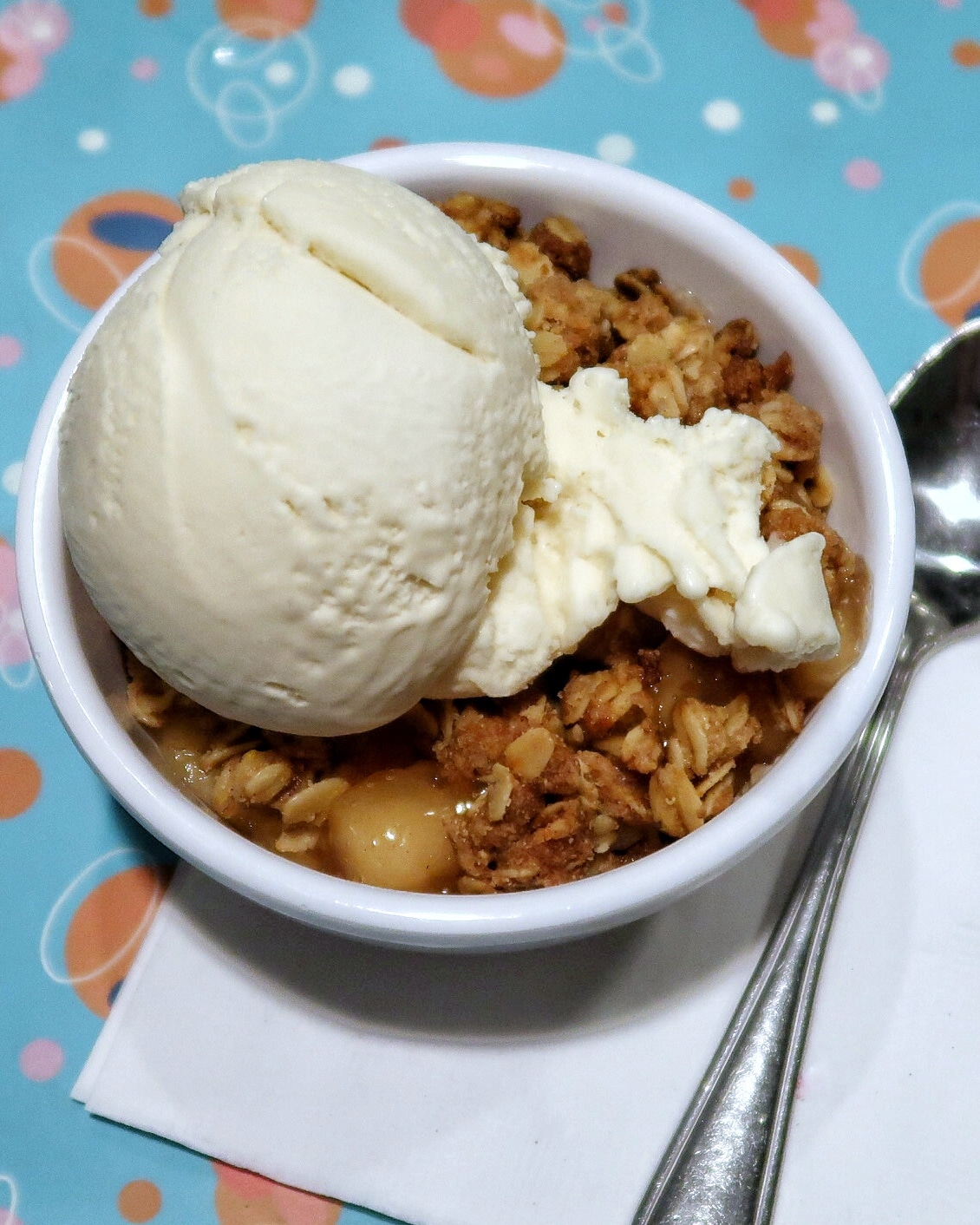 We thought that the offerings here were fairly straightforward. We would definitely choose to dine at Mama Melrose Ristorante Italiano when given the option of standard table service in Disney’s Hollywood Studios. But if you’re dining here with friends or family on vacation know that they will take good care of you.

WANT TO REMEMBER THIS OPTION? Save the “Vegan Options at 50’s Prime Time Cafe in Disney’s Hollywood Studios” pin to your favorite Pinterest board. 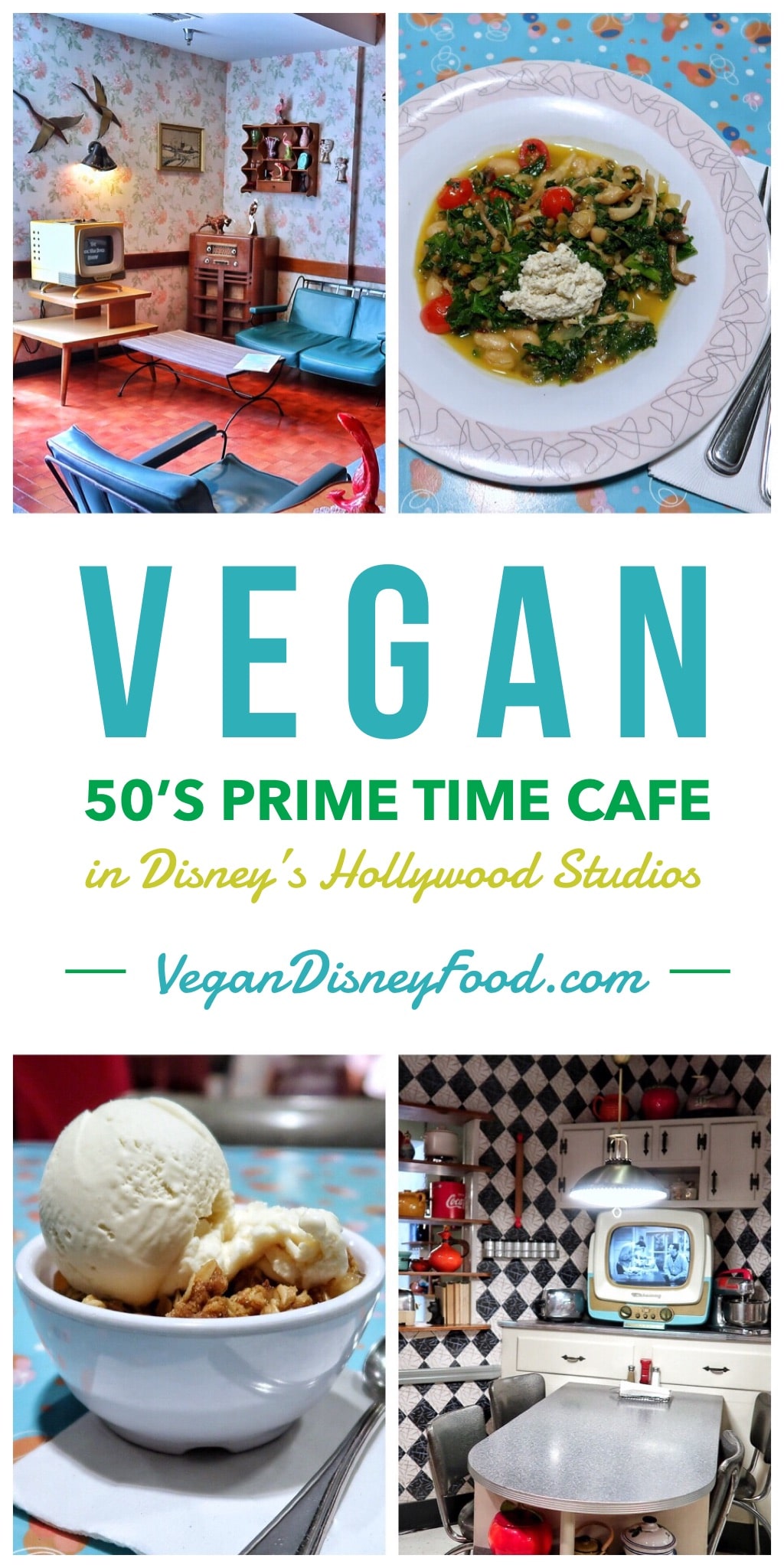