This overhaul on the lunch and dinner menu offers guests inclined to eat plant-based four savory options and one dessert option. 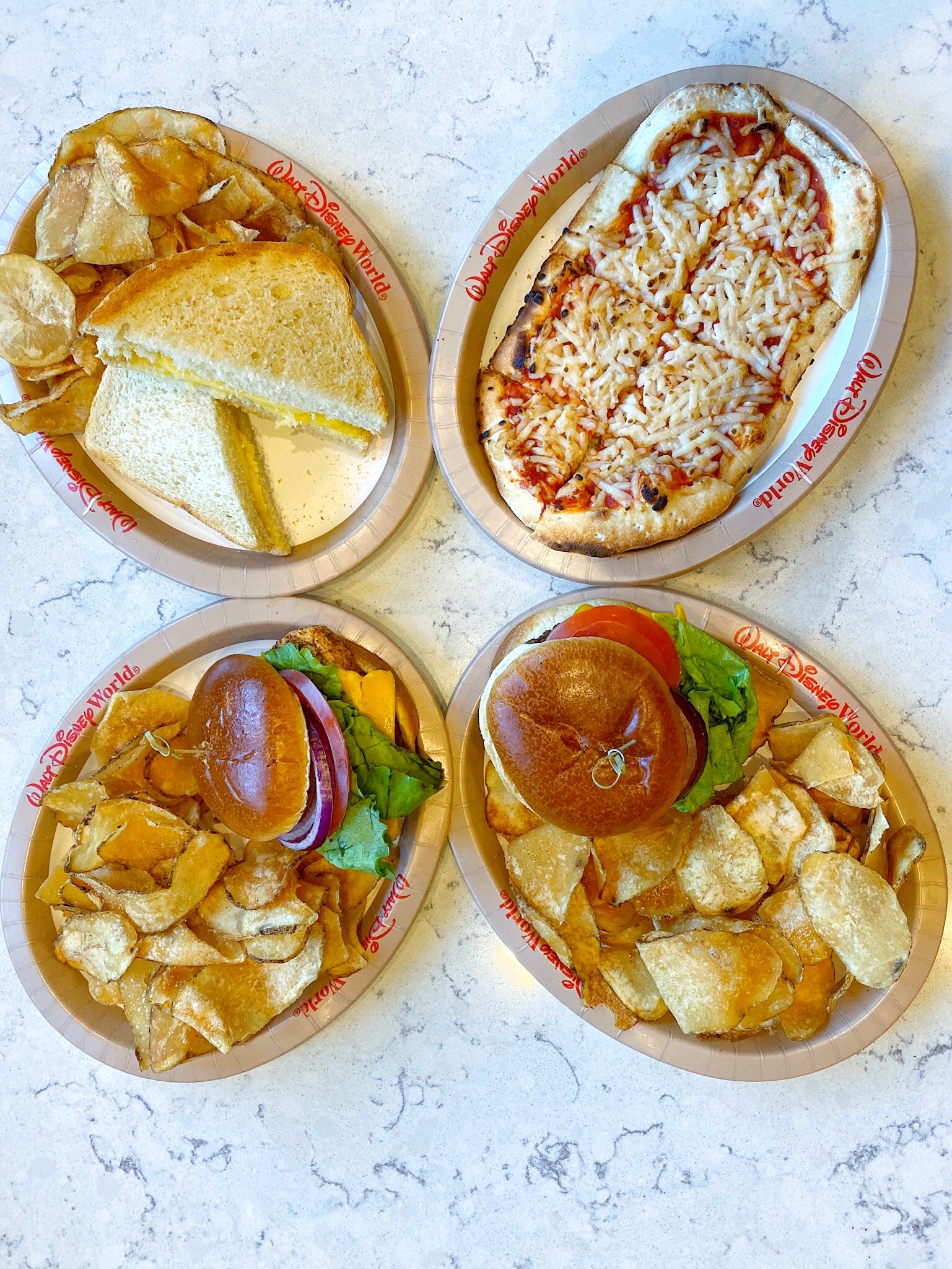 You’ll find Gasparilla Island Grill on the first floor of Disney’s Grand Floridian Resort and Spa near the marina. This resort is a Magic Kingdom resort and is accessible by the monorail line and ferry boat, which makes it a great lunch or dinner option if you’re open to traveling over there during a visit to the theme park.

The “Grill” is a fast casual restaurant that has recently undergone a major renovation. The interior is beautiful with seating options including tables and cozy booths tucked around the perimeter. You can also opt to sit outside during the cooler months. 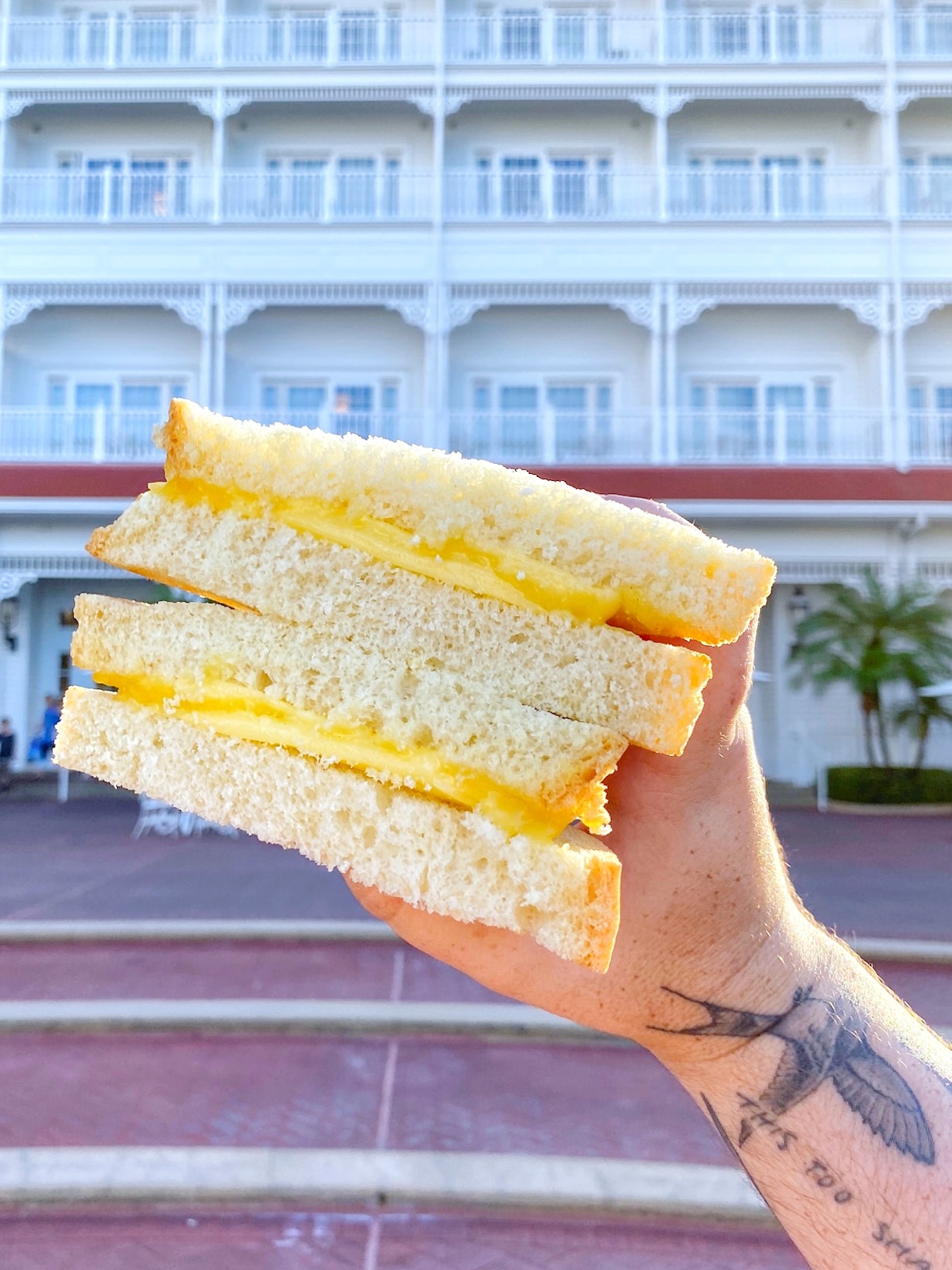 This sandwich uses Follow Your Heart vegan Gouda cheese and comes with a side of house made chips. 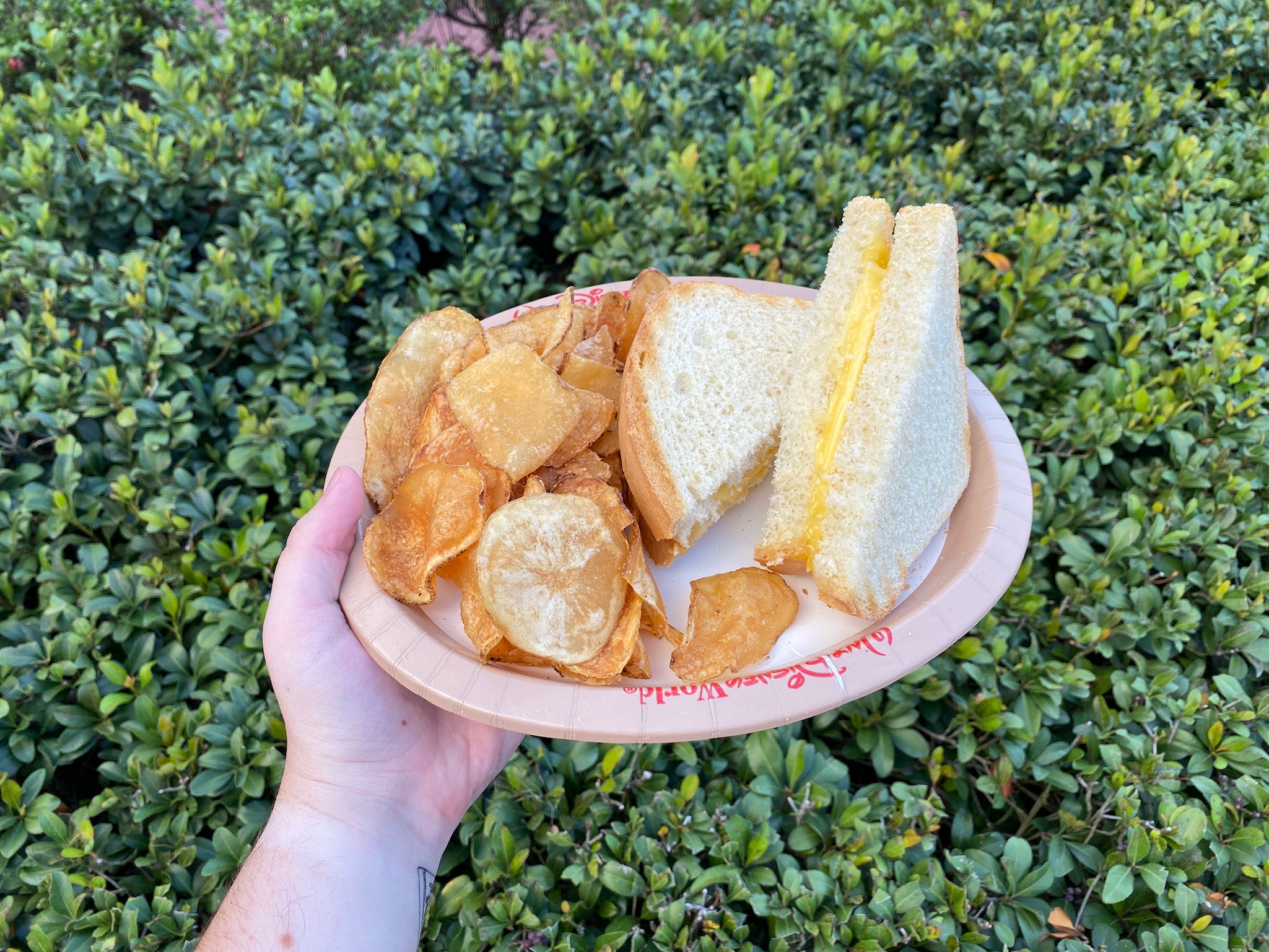 The sandwich includes a vegan “chicken” patty and is served on a vegan friendly bun topped with vegan cheddar cheese, lettuce, tomato and red onion. House made potato chips come as a side with this offering as well. 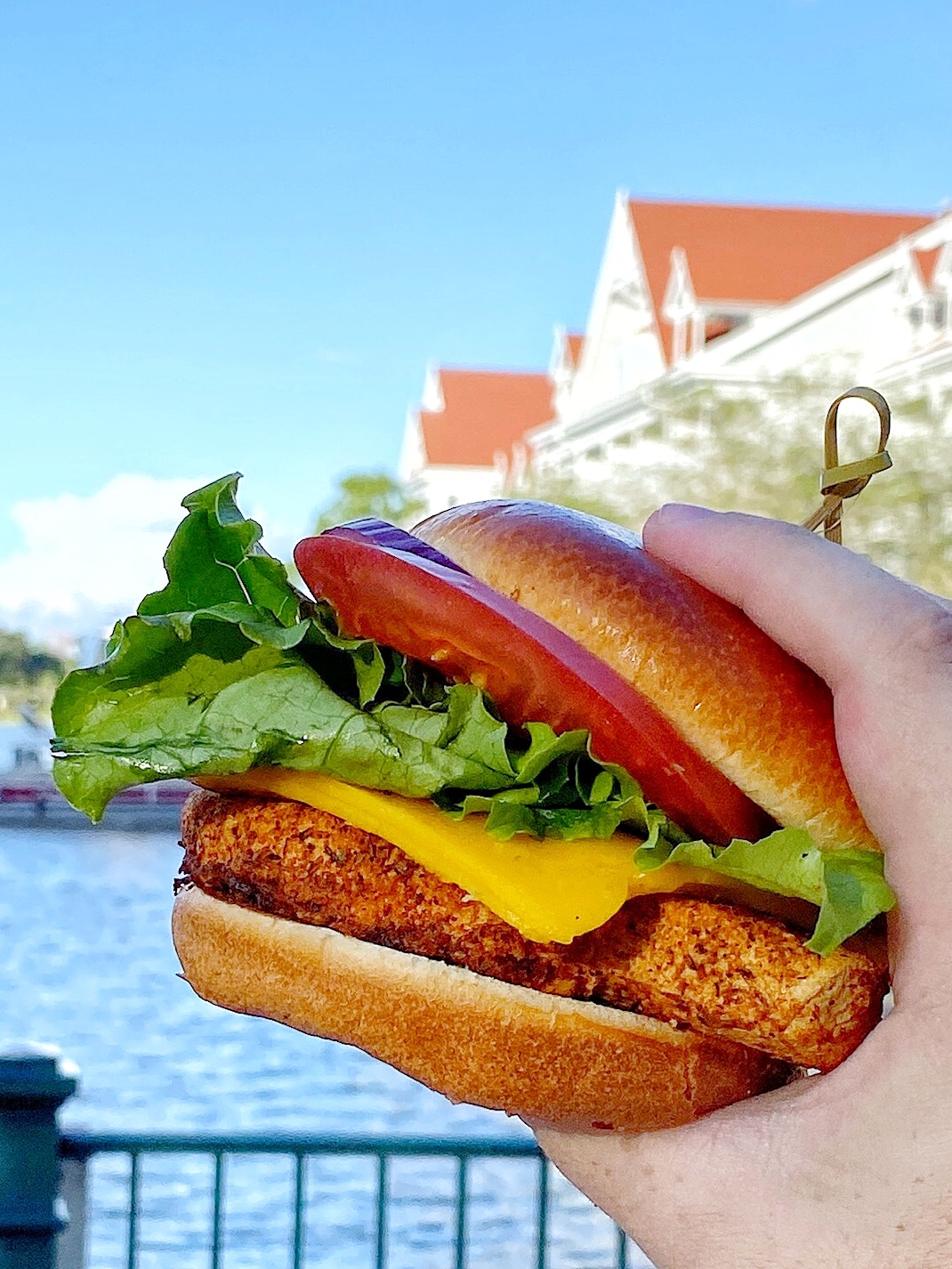 The third option is a Pizza Formaggio ($11.29) which is your basic cheese pizza made with a plant based crust, marinara sauce and vegan mozzarella cheese. 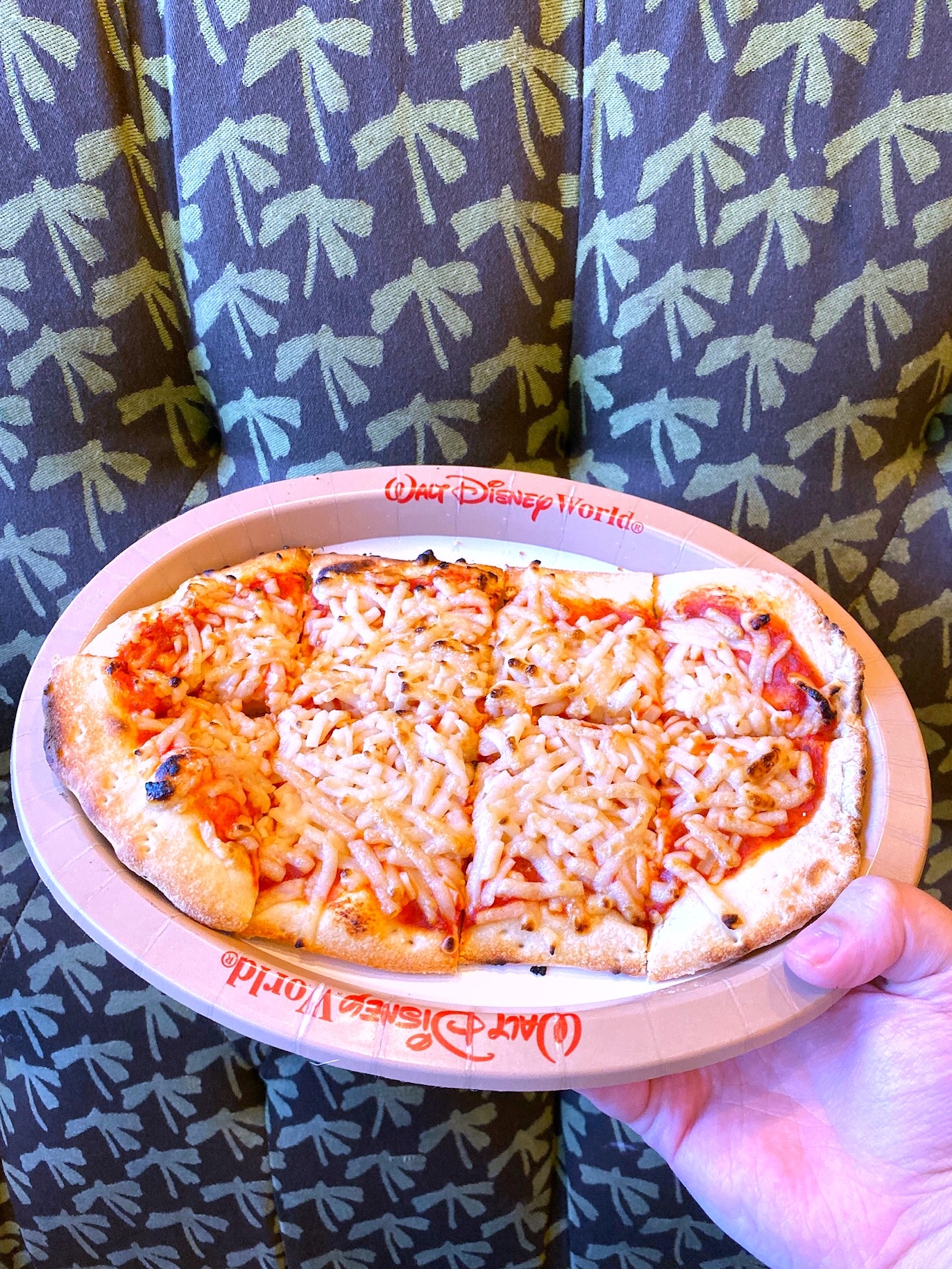 I know this pizza isn’t much to look at but it smelled and tasted fantastic. 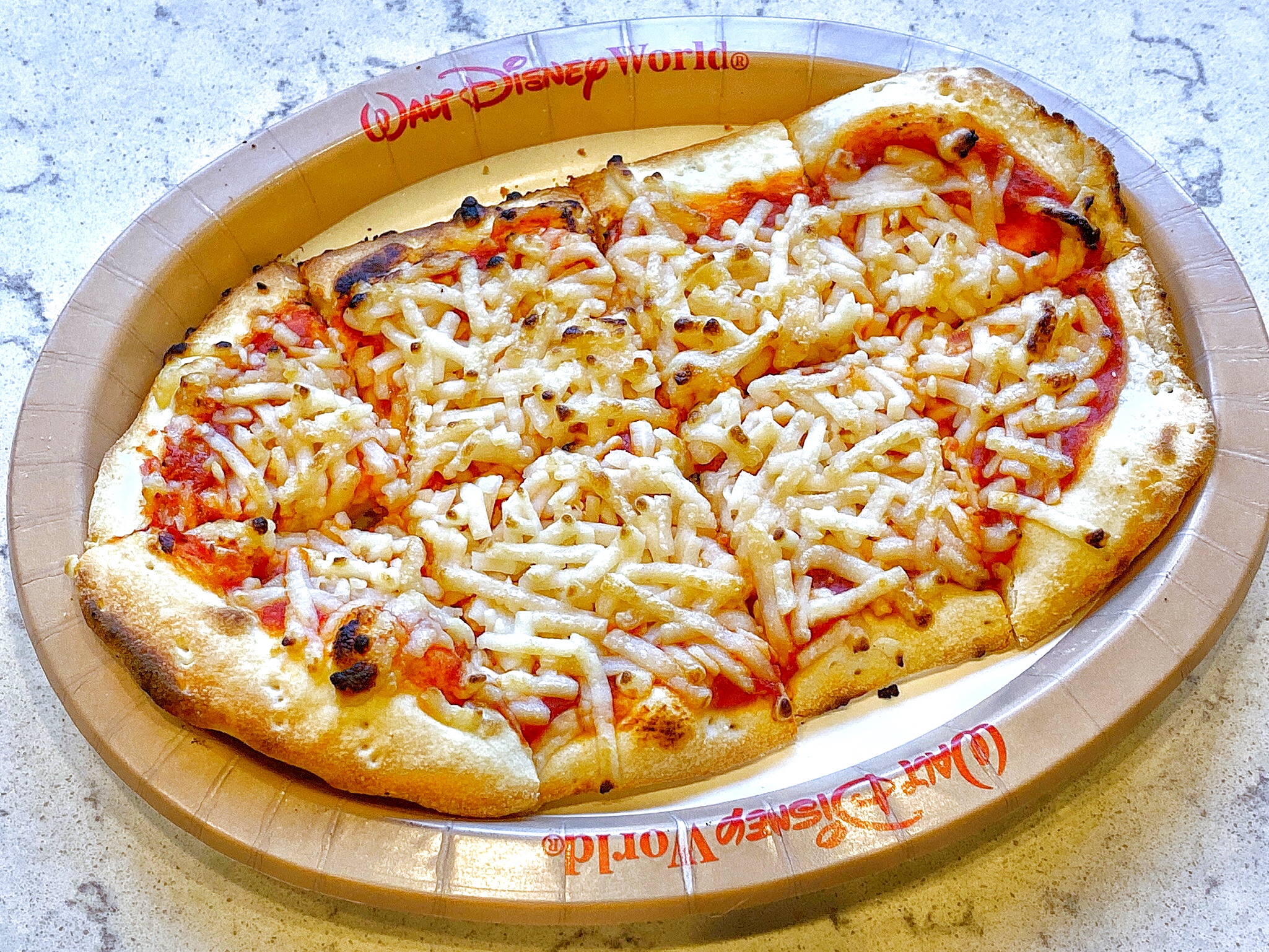 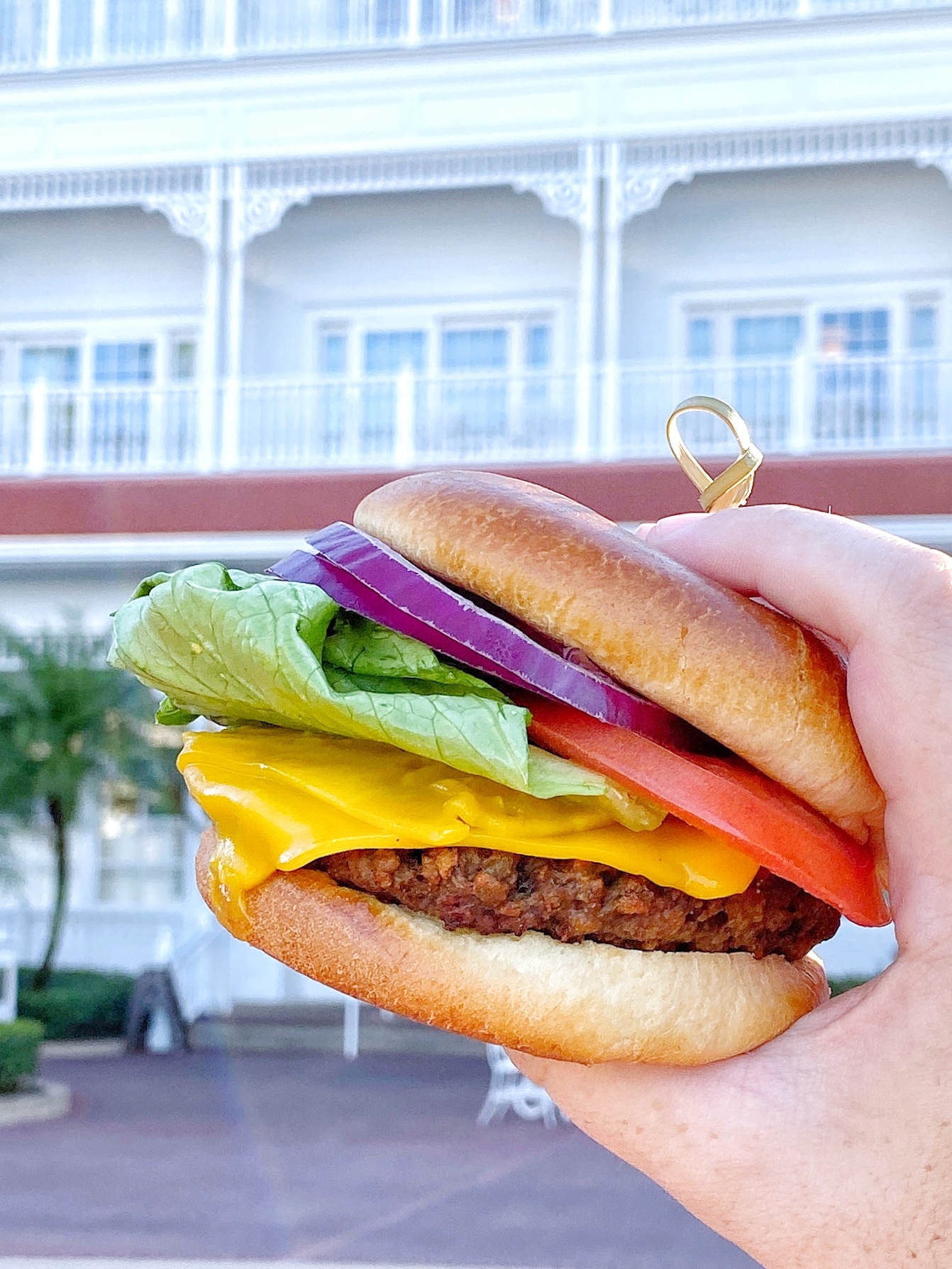 This burger is made with Impossible Foods “beef” and is topped with vegan cheddar cheese, lettuce, tomato and red onion. It is also served on a vegan bun with House-made potato chips. 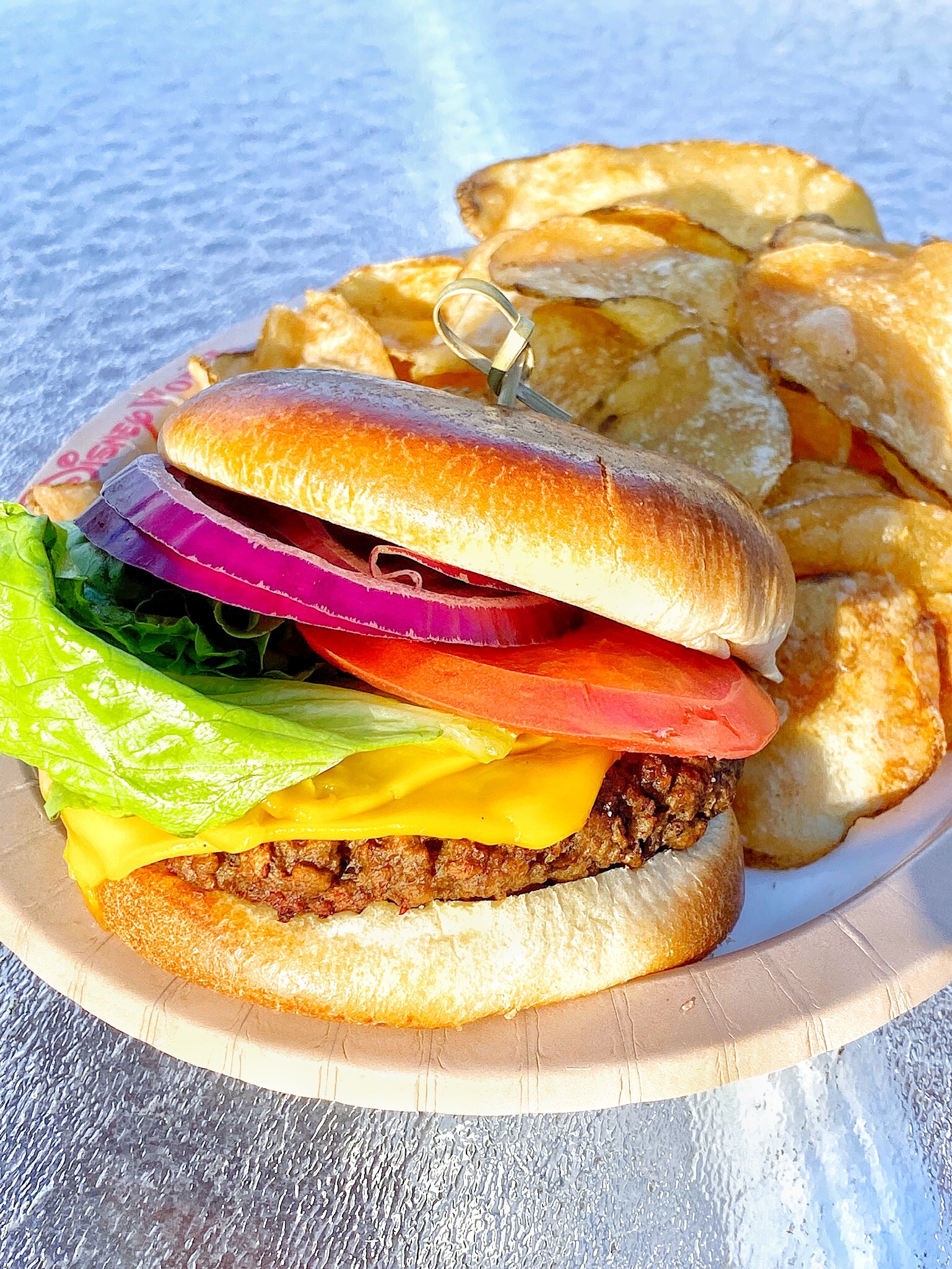 Your dessert option here is a vegan Chocolate Coconut Pot de Creme ($5.99). It’s a thick layer of chocolate mousse with a decorative piping of chocolate whipped cream topped with a sprinkling of Enjoy Life mini chocolate chips and its decadent. 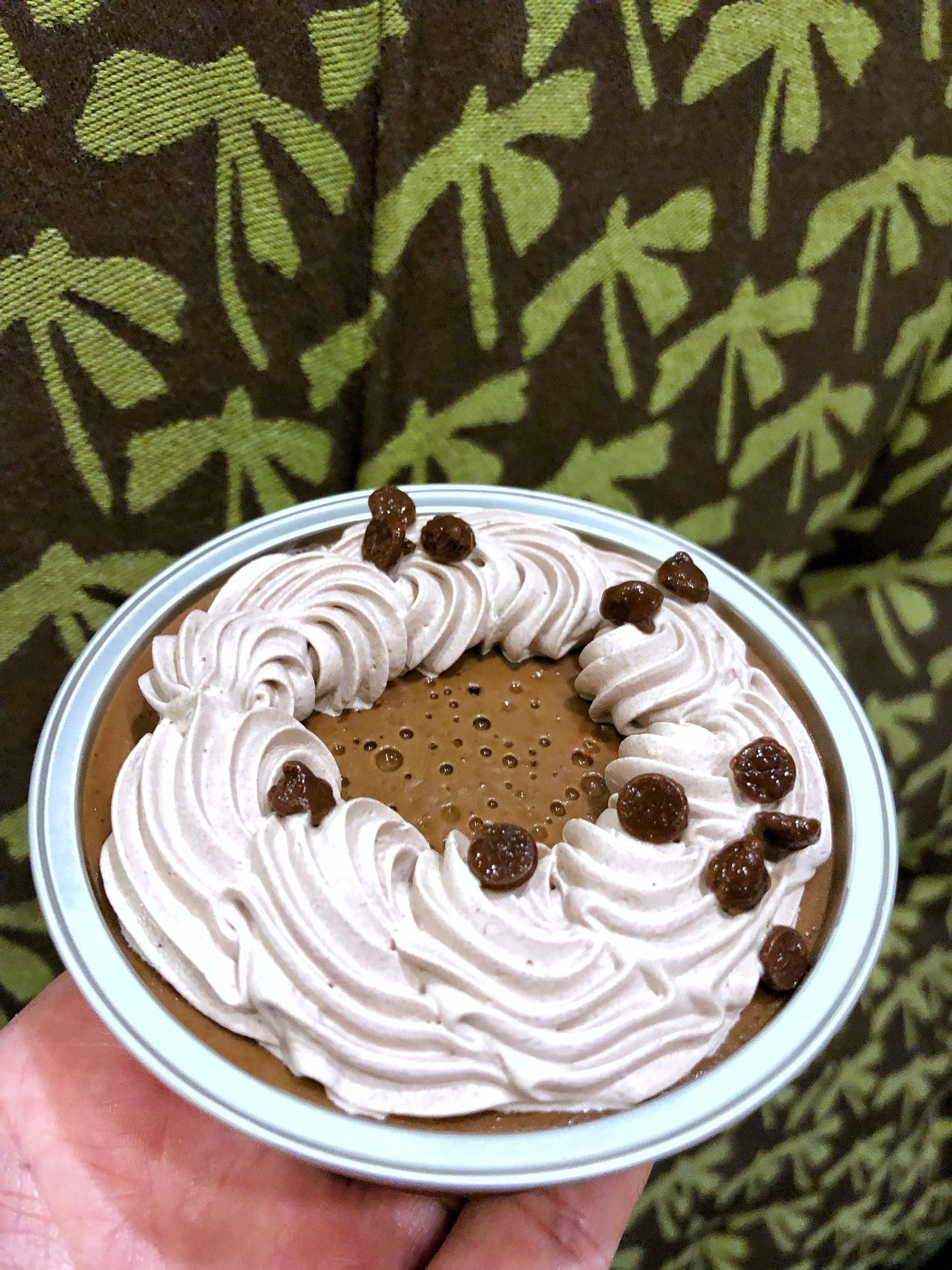 As you can see Gasparilla Island Grill has its fair share of new vegan offerings. This is probably the nicest quick service location at any Disney deluxe resort. I hope you decide to give it a try.

WANT TO REMEMBER THIS OPTION? Save the “Vegan Options at Gasparilla Island Grill in Disney’s Grand Floridian” pin to your favorite Pinterest board. 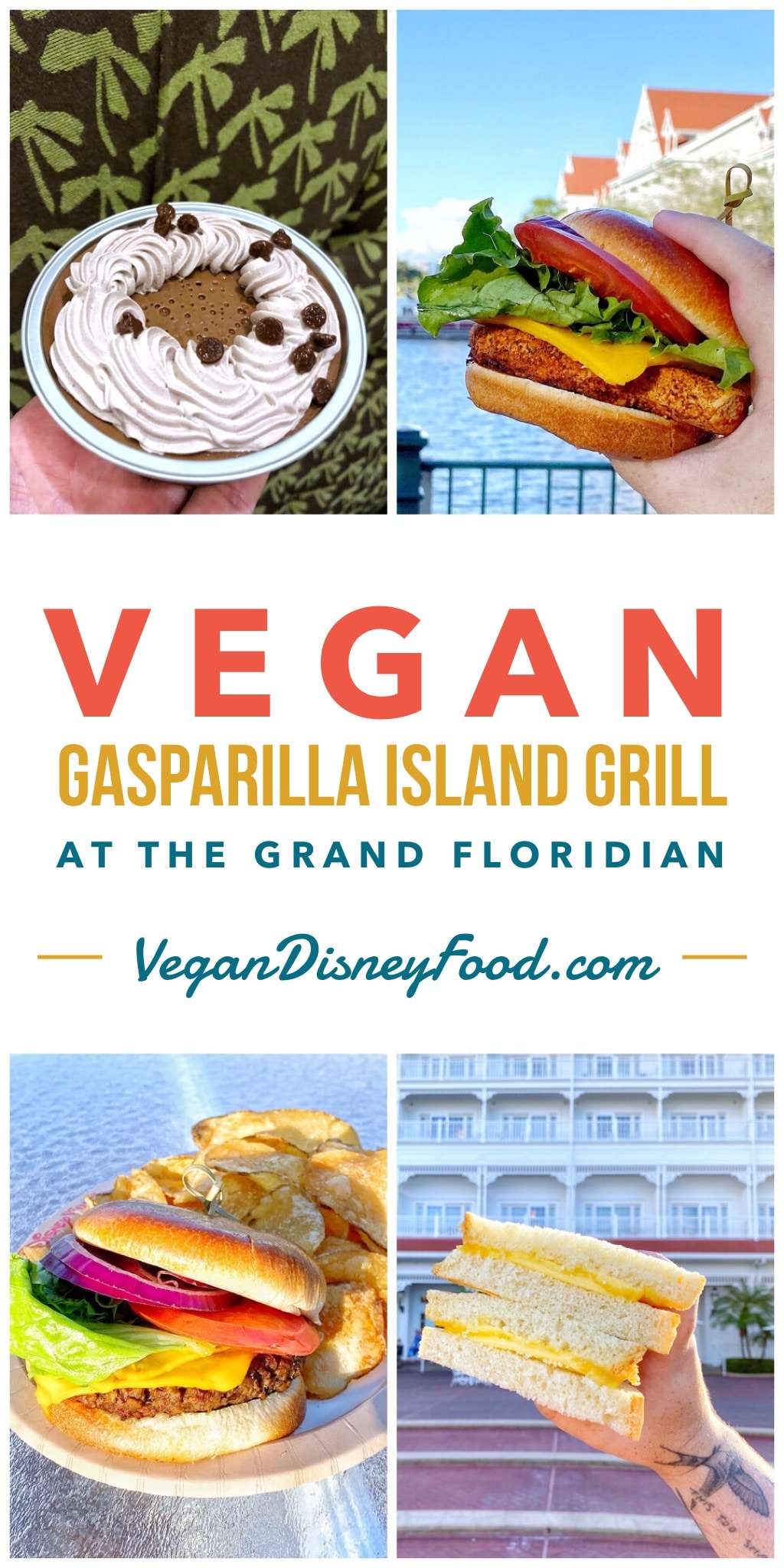