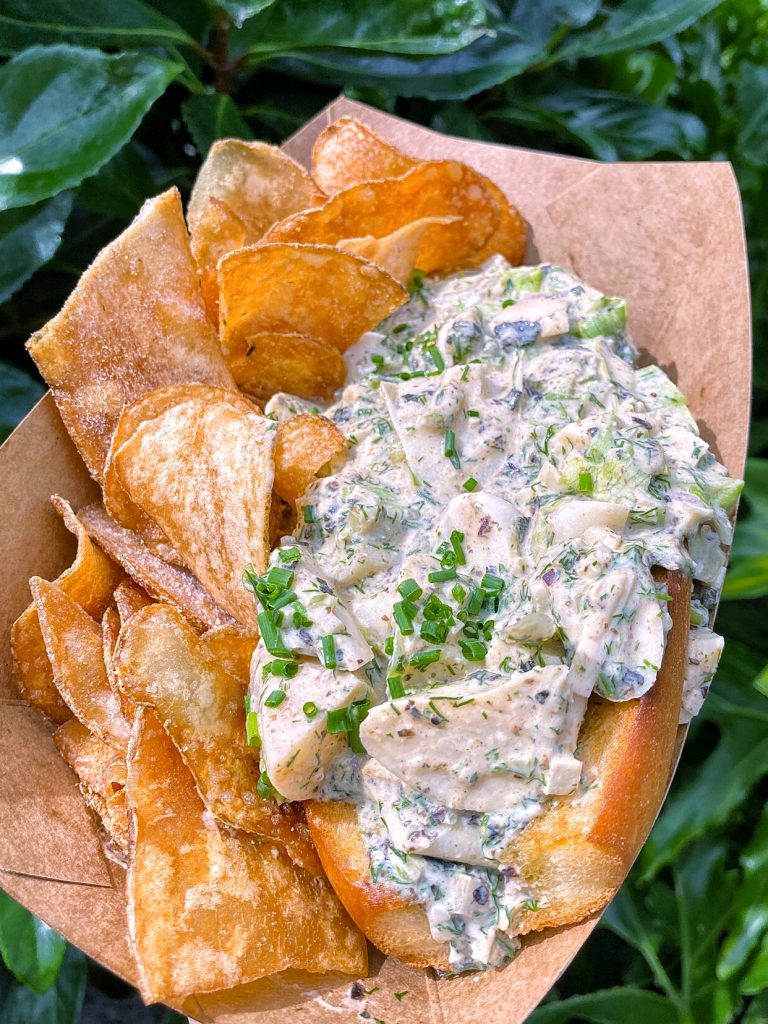 Yep. You read that correctly…Vegan lobst-ah is now available in Disney’s Hollywood Studios!

Walt Disney World has added a brand new vegan option to their lunch and dinner offerings. 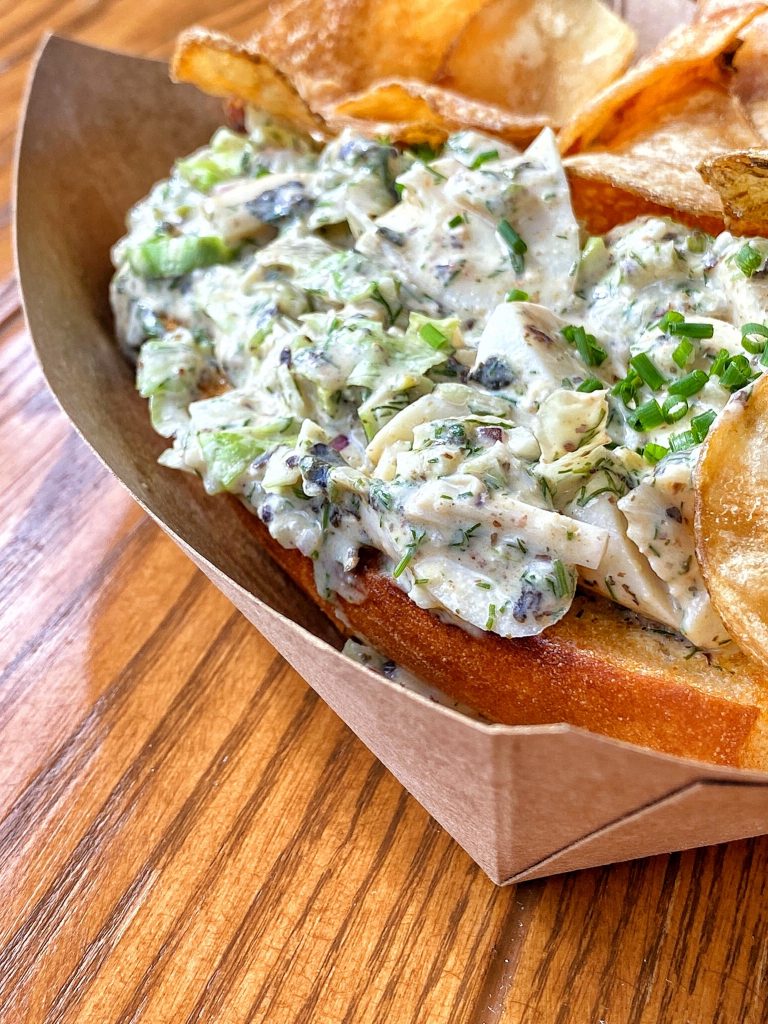 Find it at the quick service Rosie’s All-American Café on Sunset Boulevard in the shadow of the Twilight Zone Tower of Terror attraction. 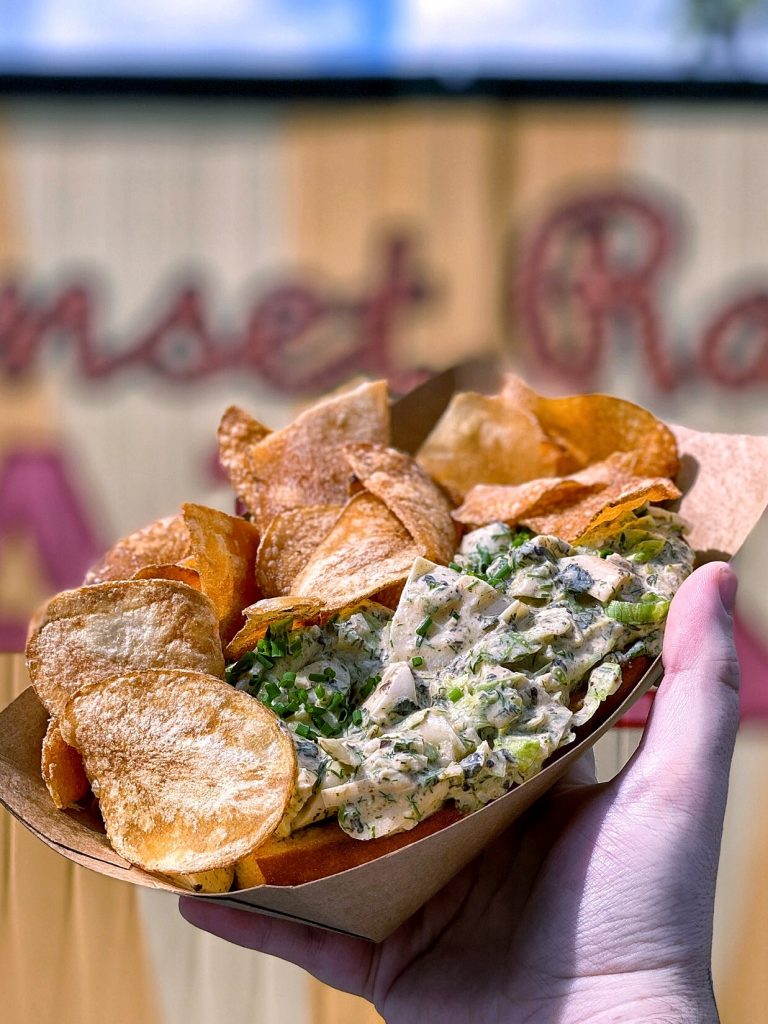 You’ll get a marinated hearts of palm medley mixed with celery and sweet apples in a creamy old bay dressing on a solid bun.

This sandwich is served with house made crispy potato chips. 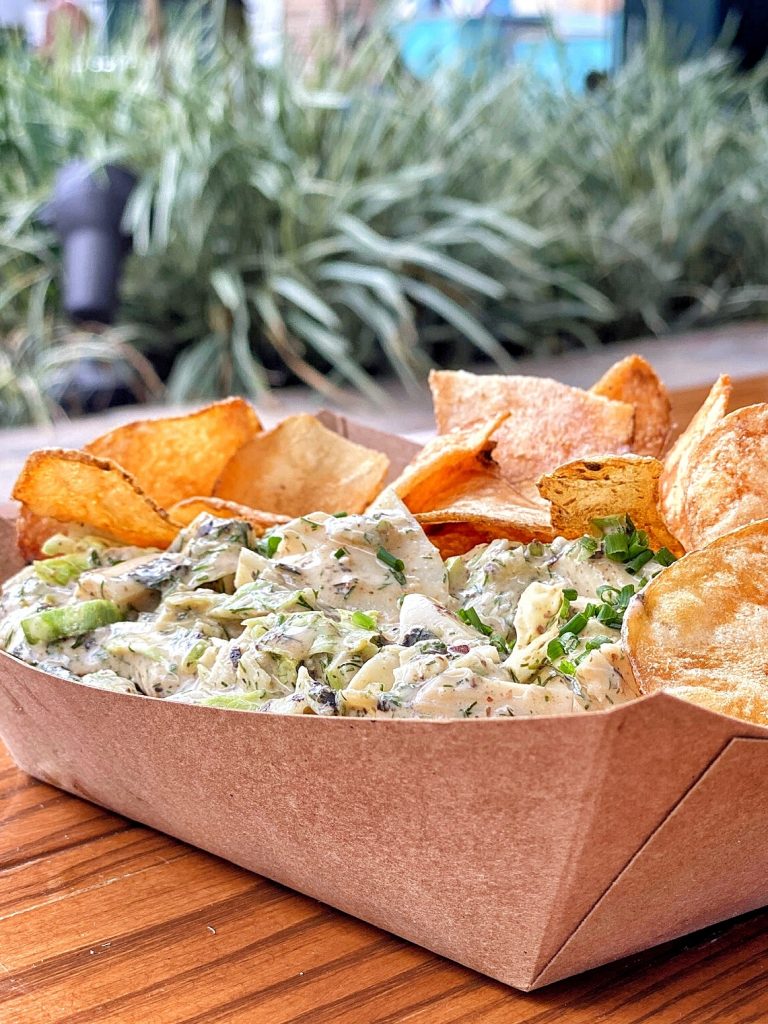 While this doesn’t taste EXACTLY like lobster, it does pack a creamy and delicious punch of flavor! It’s also nice to have a quick service vegan option that doesn’t include plant based meats.

Will you be giving this welcome addition to Disney’s Hollywood Studios a try on your next park visit?