We have confirmed that the bread used in this vegan meatball sub is vegan as well, so we’re good to go ordering this new menu item as is! As noted on their sign below, it is prepared alongside non-vegan items but if that is not an issue for you, you’re in the clear. 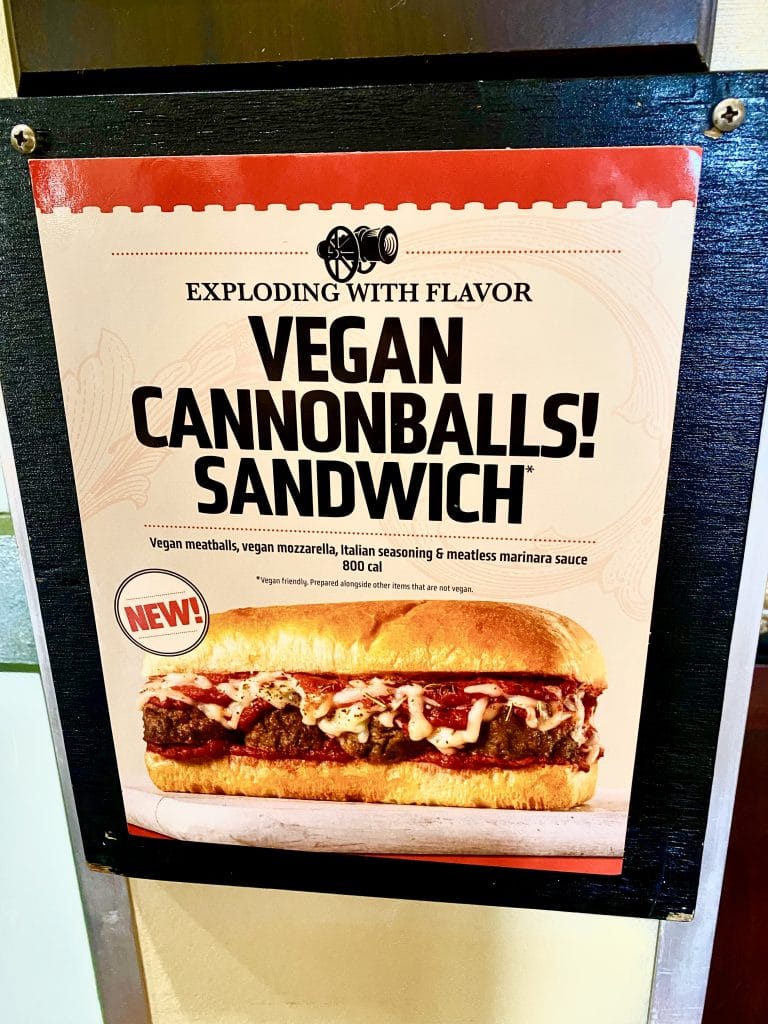 We sent a reporter over to try this out in advance of our visit this week, so we can share that the bread used is vegan, the meatballs are Gardein brand, and the mozzarella cheese is Follow Your Heart brand. 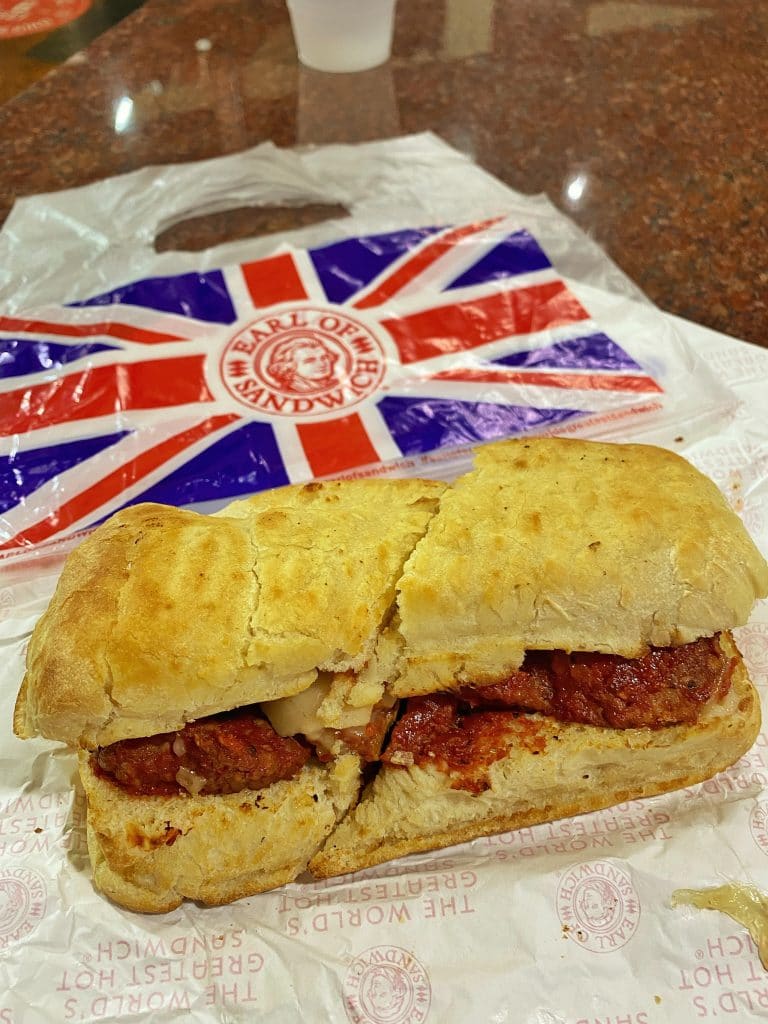 The bread looks house-made, crusty and delicious to me! It’s so wonderful that we now have a vegan option here at Earl of Sandwich. 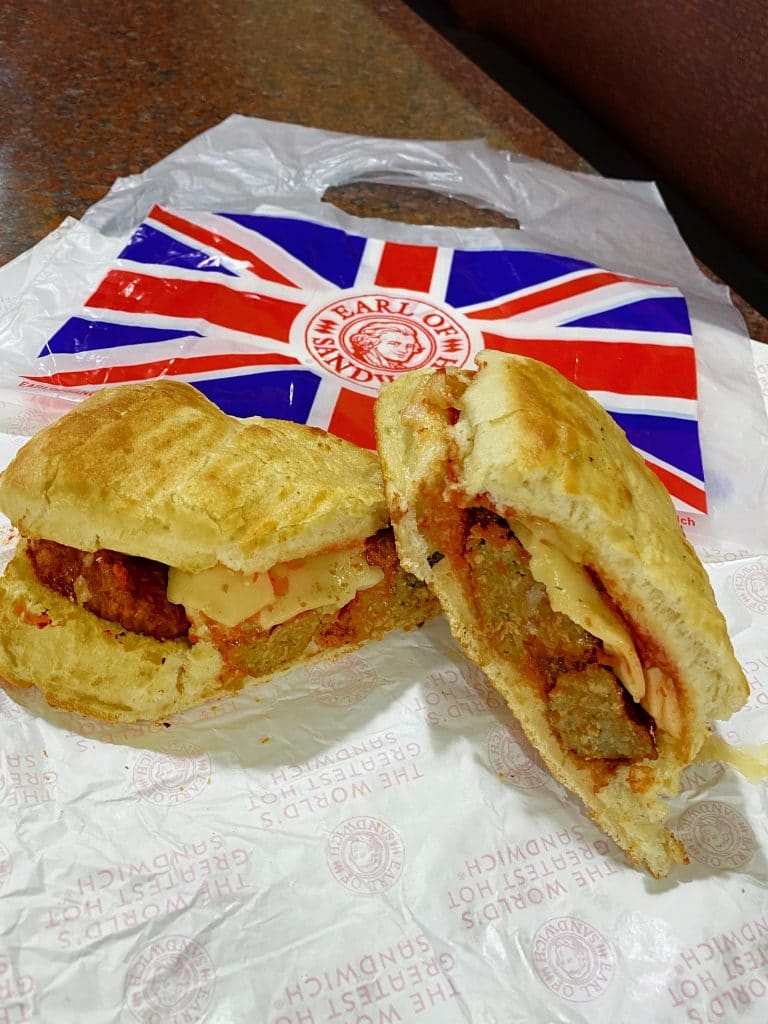 Take a peek inside the vegan Cannonballs! Meatball Sandwich at Earl of Sandwich. 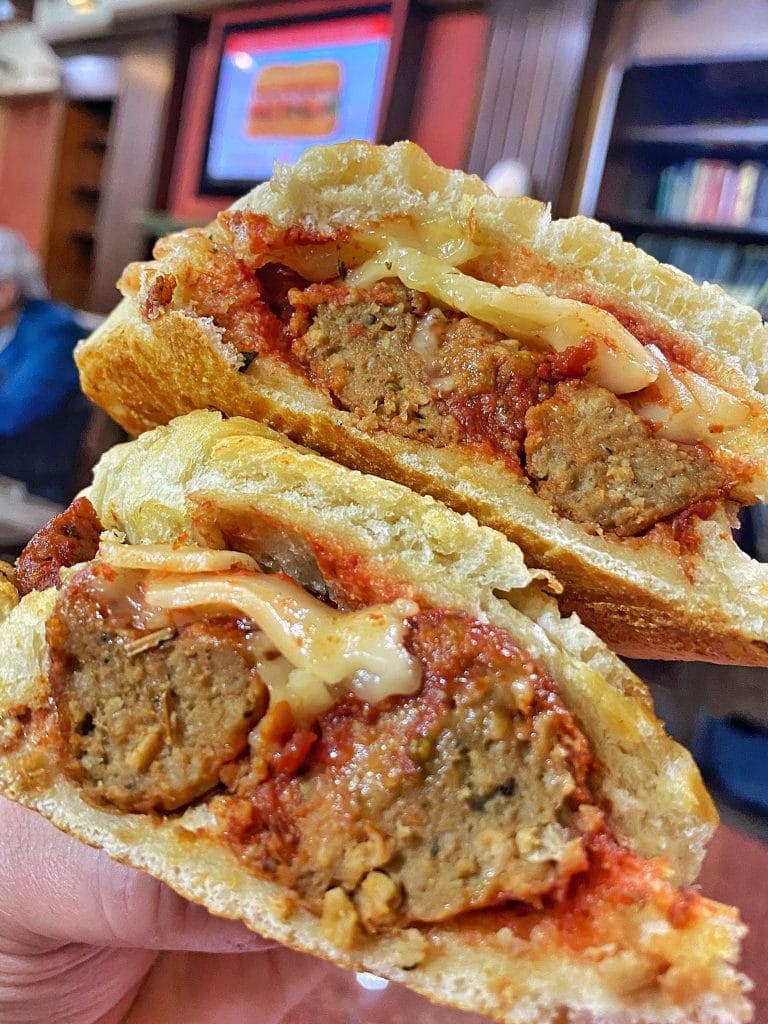 The cheese is even melting, which is always a bonus with vegan cheese! As of now, the vegan Cannonballs meatballs are not listed on the official Disney menu, but hopefully will be added soon. The good news is it is the same price as the non-vegan version – $8.99.

We spoke with management when Earl of Sandwich invited us out to try this new item ourselves, and got the scoop on the Vegan Cannonballs Meatball Sandwich:

It is currently noted as a “Limited Time Menu Offering” as that’s how the Cannonballs are usually listed as well, however, if this vegan version does well, they hope to make it (or another vegan option) a permanent menu item. 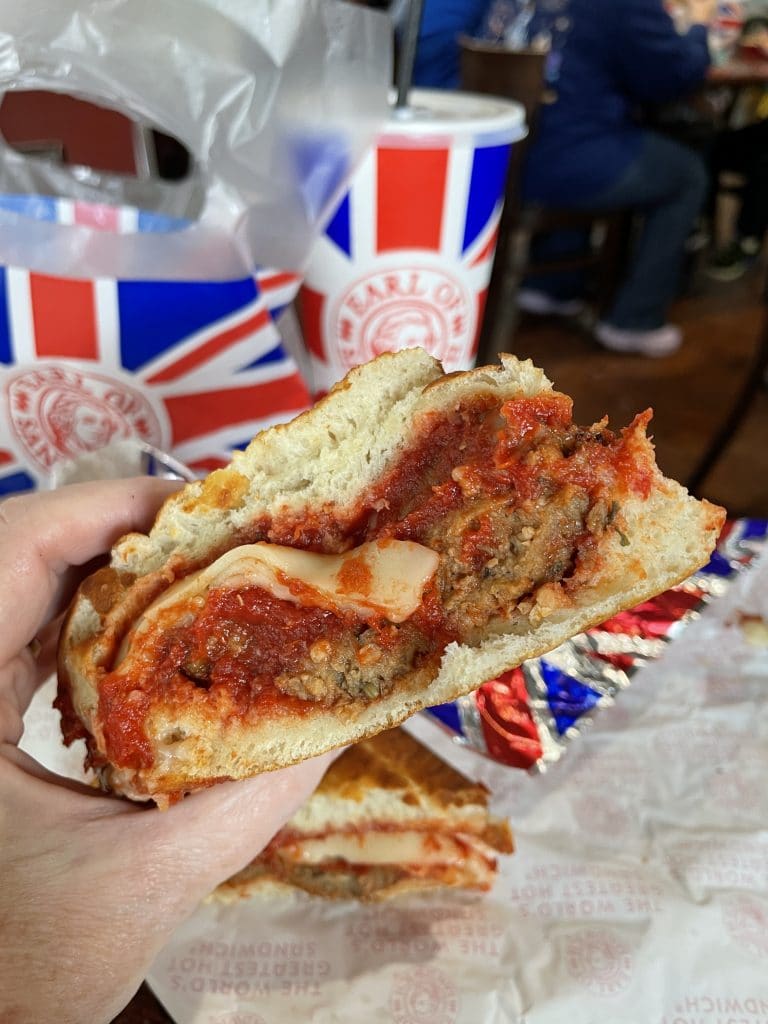 The vegan version is crafted and served separately from the non-vegan version. They even put it in the oven in a different way so everyone is sure of which version they are serving. It is cut with separate knives and the sauce is also separate from any meat products. As noted above the meatballs are Gardein brand and the cheese is Follow Your Heart brand. If you want extra care with your vegan meatball sandwich, just let them know you have allergy concerns and they will ensure it is made completely separate from other items. 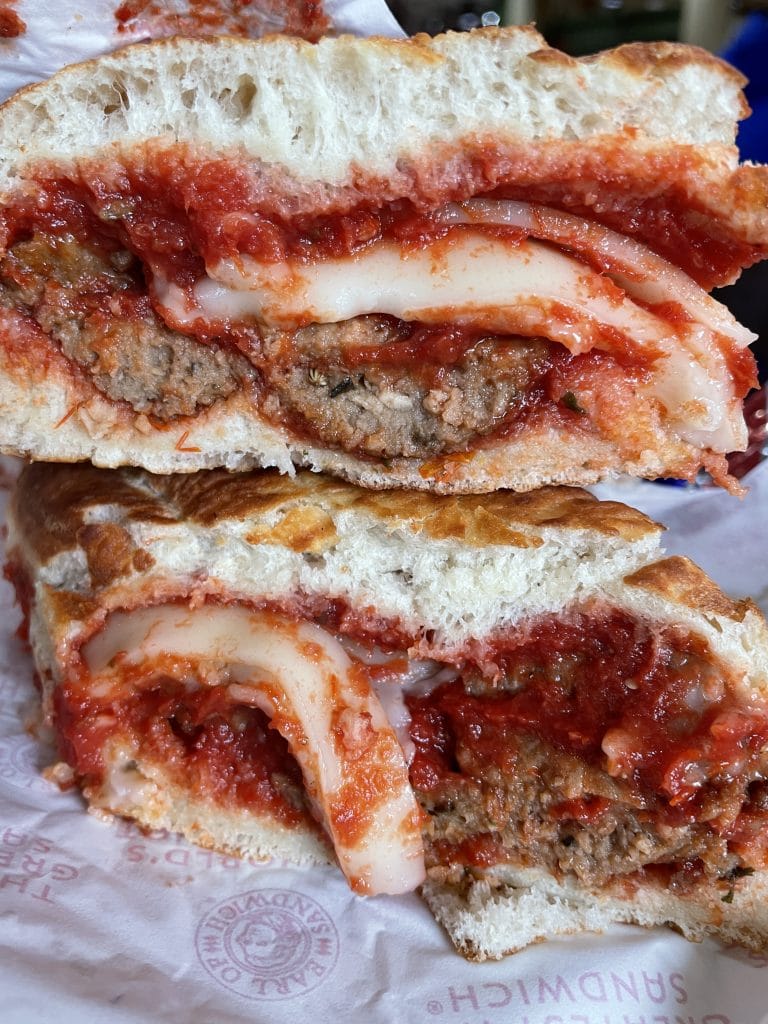 When I got to try the sandwich myself, I really enjoyed it. I’m not sure I would go out of my way to order it, but sometimes you are just in the mood for a meatball sub and this fits the bill. I second my friend Devon from RoadsideTrippers, who commented that she thinks Follow Your Heart parmesan would be a better choice. I have to agree, but then I’m not a huge fan of vegan cheese. (The Follow Your Heart blue cheese is an exception!). I think the parmesan would be a fun addition without worrying that the mozzarella isn’t melting and is a little sticky (my main issue with vegan cheese, the texture). It’s great to know we can enjoy Earl of Sandwich again, and if I went back, I would probably get it without the cheese.

Let us know if you try this new vegan meatball sandwich at Earl of Sandwich! Tag us with #VeganDisneyFood on your food finds on social media! Be sure to see what else is Vegan in Disney Springs too!