Gone are the days of popping up to California Grill lounge and chilling out with an app or dessert while you wait for the sun to set or the fireworks to start – but we found a way to still get that a la carte experience! During our recent visit to California Grill to try out the new Plant-based Pre-Fixe Menu, our server told us that he personally thought the pre-fixe menu was here to stay because (obviously) it makes more money for Disney to require people to spend $80 per person. And people are paying it often. The former lounge area is now all regular tables, so you couldn’t hang out in the lounge even if you wanted to. BUT – we discovered a secret loophole! 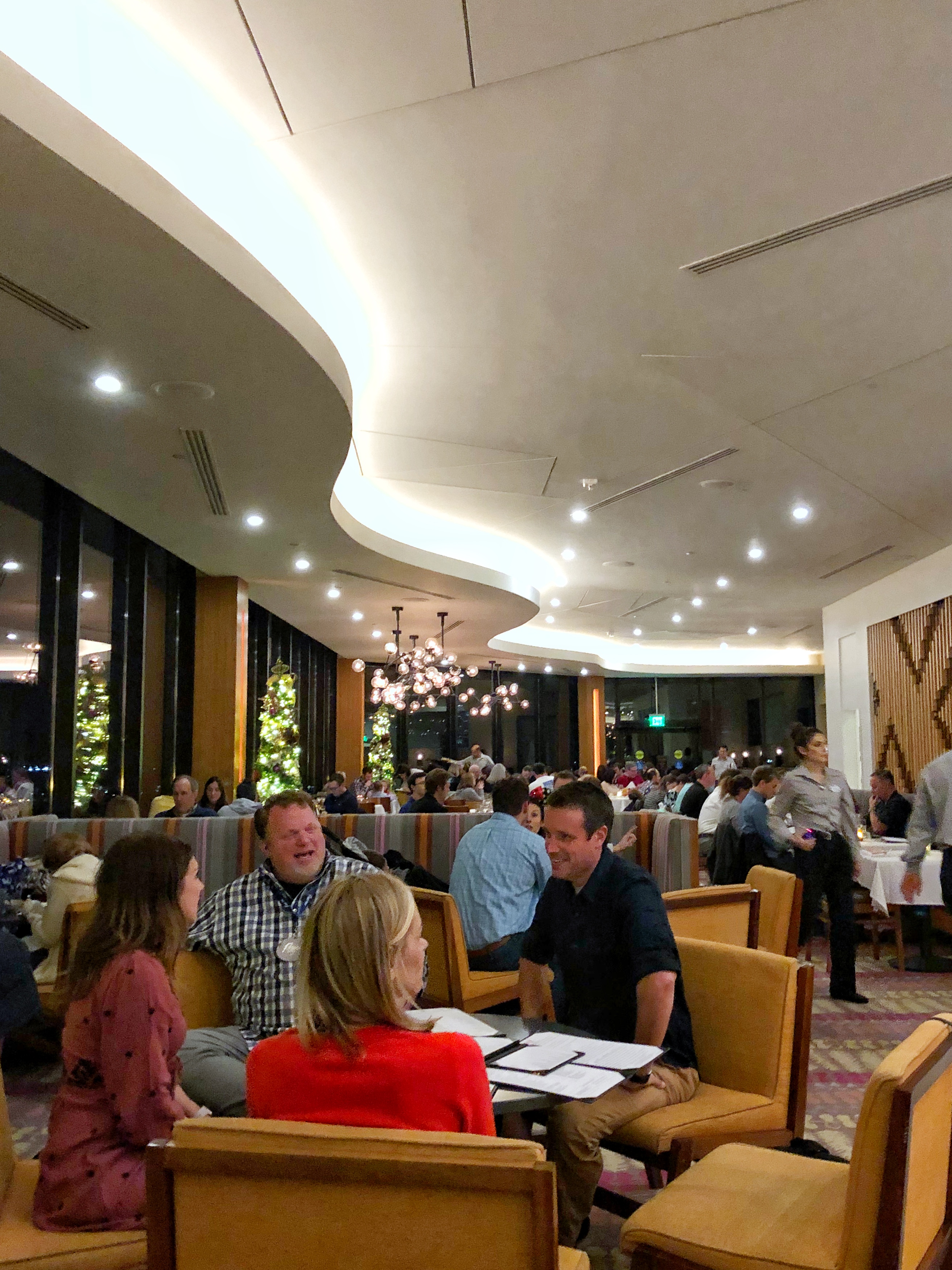 California Grill still has a lovely bar area. This spot used to be a place you could order from the lounge menu, including sushi rolls and at one time, even the vegan unplugged menu (rest in peace). After reopening, the vegan unplugged menu was gone, replaced with a sad, mushy pasta dish. When the Walt Disney World 50th Anniversary Celebration was announced, we assumed it would be temporary, until the end of the 18-month celebration in March of 2023. Given the removal of the lounge area, and the success of this menu, time will tell if the prix-fixe menu is here to stay. Until then, we’ve got the scoop on how to avoid the $80 per person price tag! 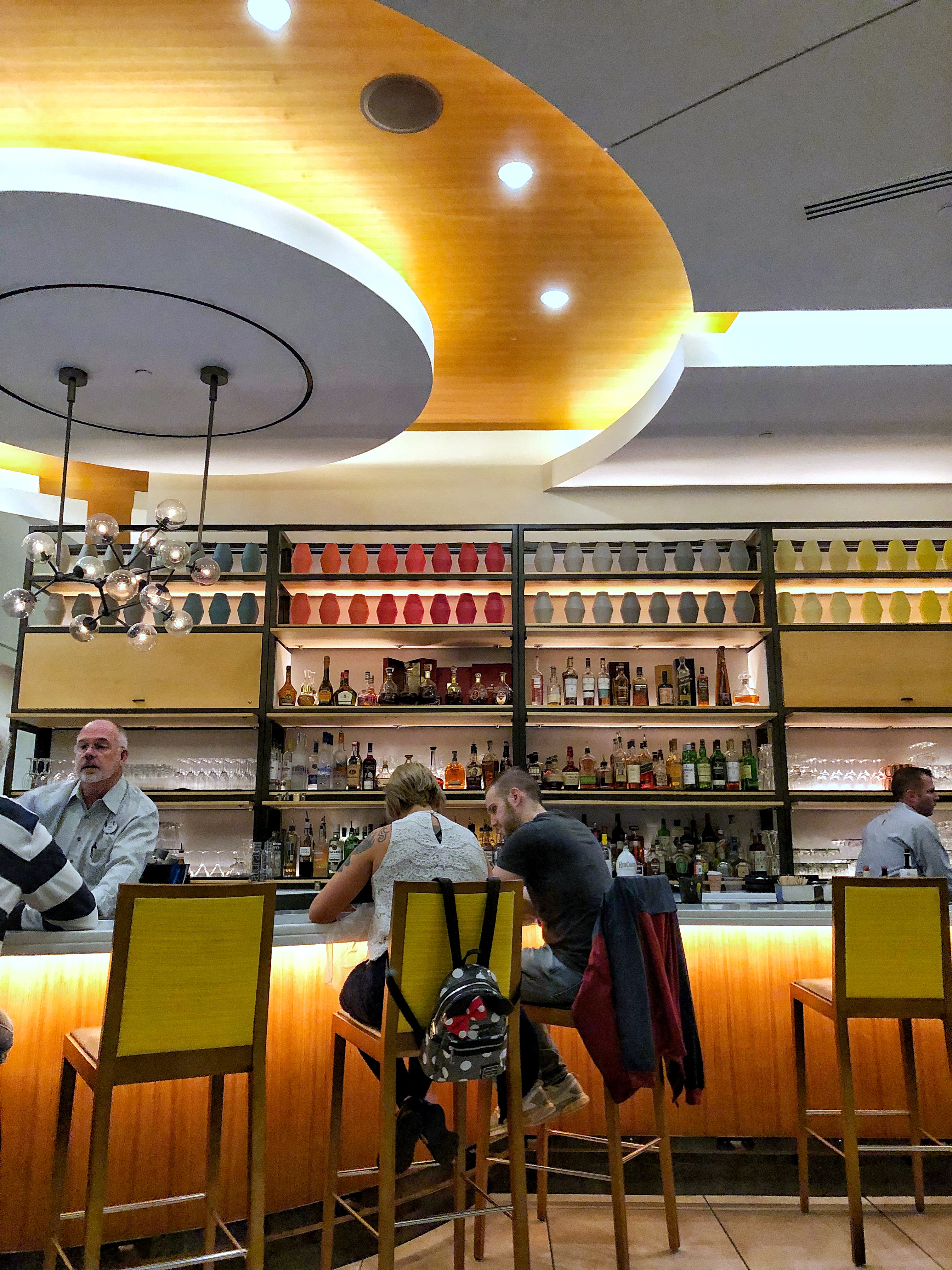 This is based on walk-up availability of course, as all bar space is at table service locations. Going right when California Grill opens is a good plan. Trying to hang out for 4 hours until the fireworks may not be the best thing to do, we don’t want them to close this loophole.

You have a few options at the California Grill bar. You can still order the full prix-fixe menu, plant-based or otherwise. There is also a special California Grill Bar Menu available. However, that menu (see below) has zero vegan options. 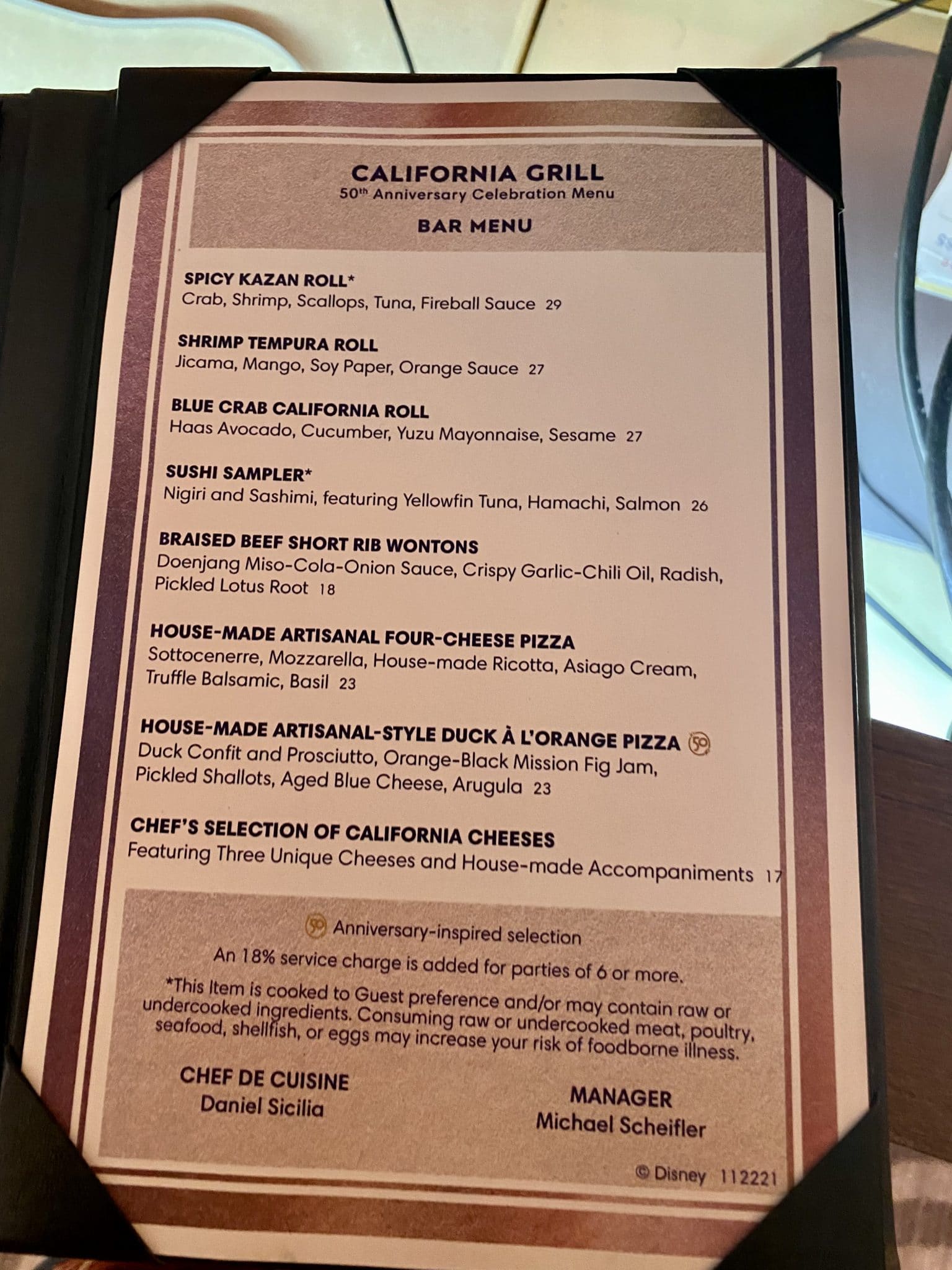 As a result, you are able to get the vegan/plant-based prix-fixe items as a la carte items at the bar! We encountered this same “benefit” when dining vegan in Aulani. Because of the few vegan options available at the prix-fixe location, we were able to order the vegan pasta from Makahiki there from the restaurant next door.

From the California Grill bar, for vegan a la carte options, you can order either the Vegetable Dumplings or the Florida Peach and Raspberry Salad for $18 each.

The entrees, Bucatini Cacio e Pepe or Pea and Carrot Risotto, are $37 each.

For the desserts, the Peanut and Banana Torte is $16, while the Lavender Doughnuts are $14.

Now, you may have done the math and realized it is less expensive than the prix-fixe price of $89. While you can *try* to order everything separately, I’m assuming that once you do, they’ll pop you over to that $89 price. But if you wanted to get two appetizers and a dessert, that is how you’d be able to do that. You can also add on to your pre-fixe meal at a regular table if you want to try both items in any category.

And that’s how you can still enjoy an a la carte bar menu at California Grill. Not like the old days, but it’s something if you can get a reservation and want a quick drink and appetizer or dessert (or entree!). We spoke with two managers to get this information, so if you are denied this option, I’d politely ask to speak to someone else.

In addition, we spoke to a chef to see if there was anything else besides the noted options available a la carte at California Grill for vegans. He said they could probably whip up a vegan sushi roll, or a pasta dish (different from the menu option). He also noted that the Grouper on the regular menu can be veganized by switching the fish out for a roasted cauliflower. The point is, we do have options, and asking nicely is always my recommendation. You never know what kind of delectable dish you may get!

You can save this to your pin board so you don’t forget this option: 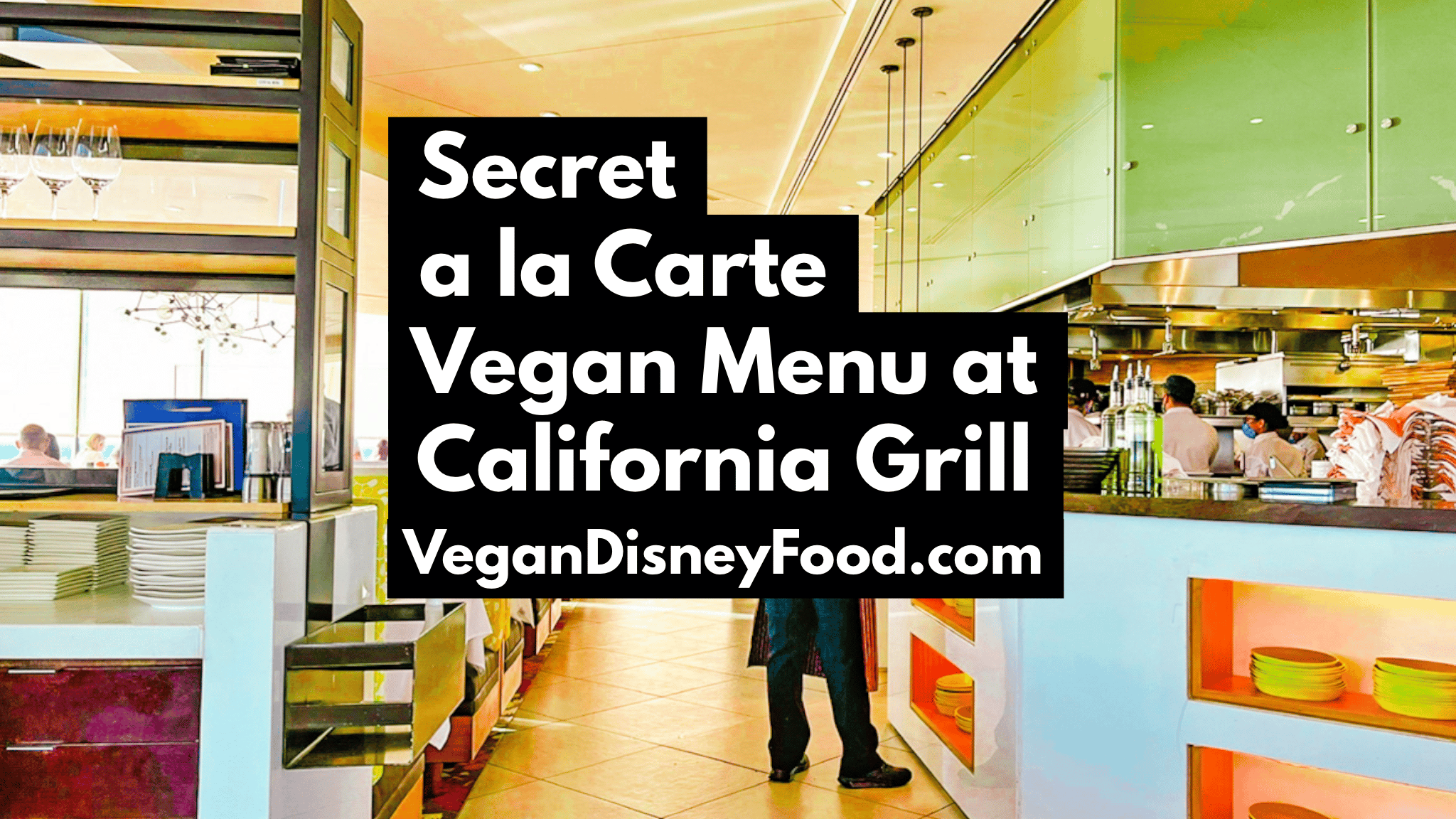 You can also read our full review of the most updated pre-fixe vegan options at California Grill: 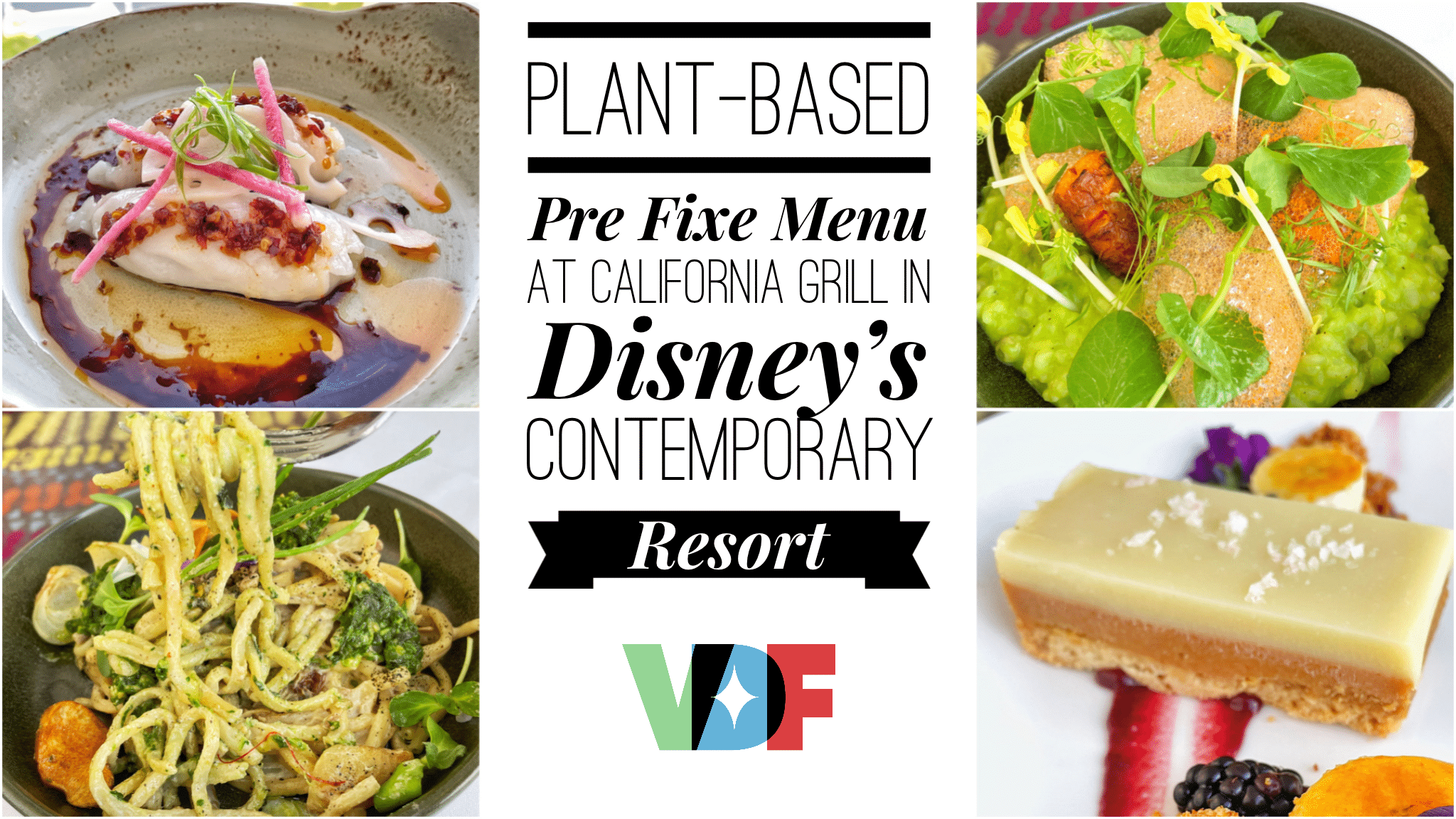