We went and checked out the vegan breakfast options at Trattoria al Forno on the Walt Disney World Boardwalk this weekend.

Trattoria al Forno is a unique character dining experience. Unique in that you have the option to dine with characters at a themed prix fixe meal or if you’d prefer a more traditional breakfast service you can opt out of the character experience and dine without characters on fare selected off of a traditional menu. 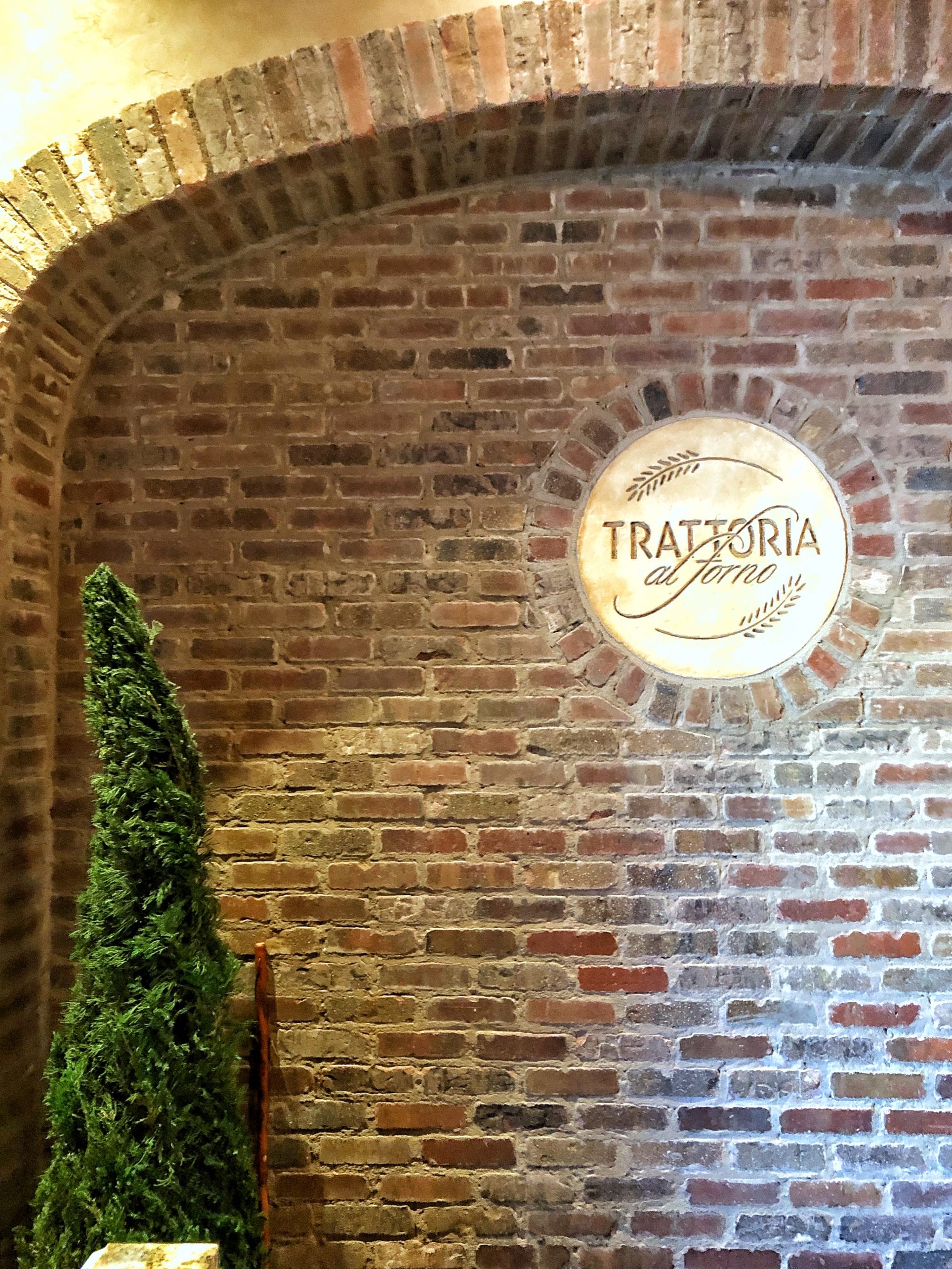 Character dining is a little over $40 per person. Non-character dining offers vegan entrees at $14 each. Huge difference. With character dining you get an optional complementary pastry basket and visits from Ariel, Prince Eric, Rapunzel and Flynn Rider.

Here’s a look at the prix fixe menu, which is one set price for everyone. 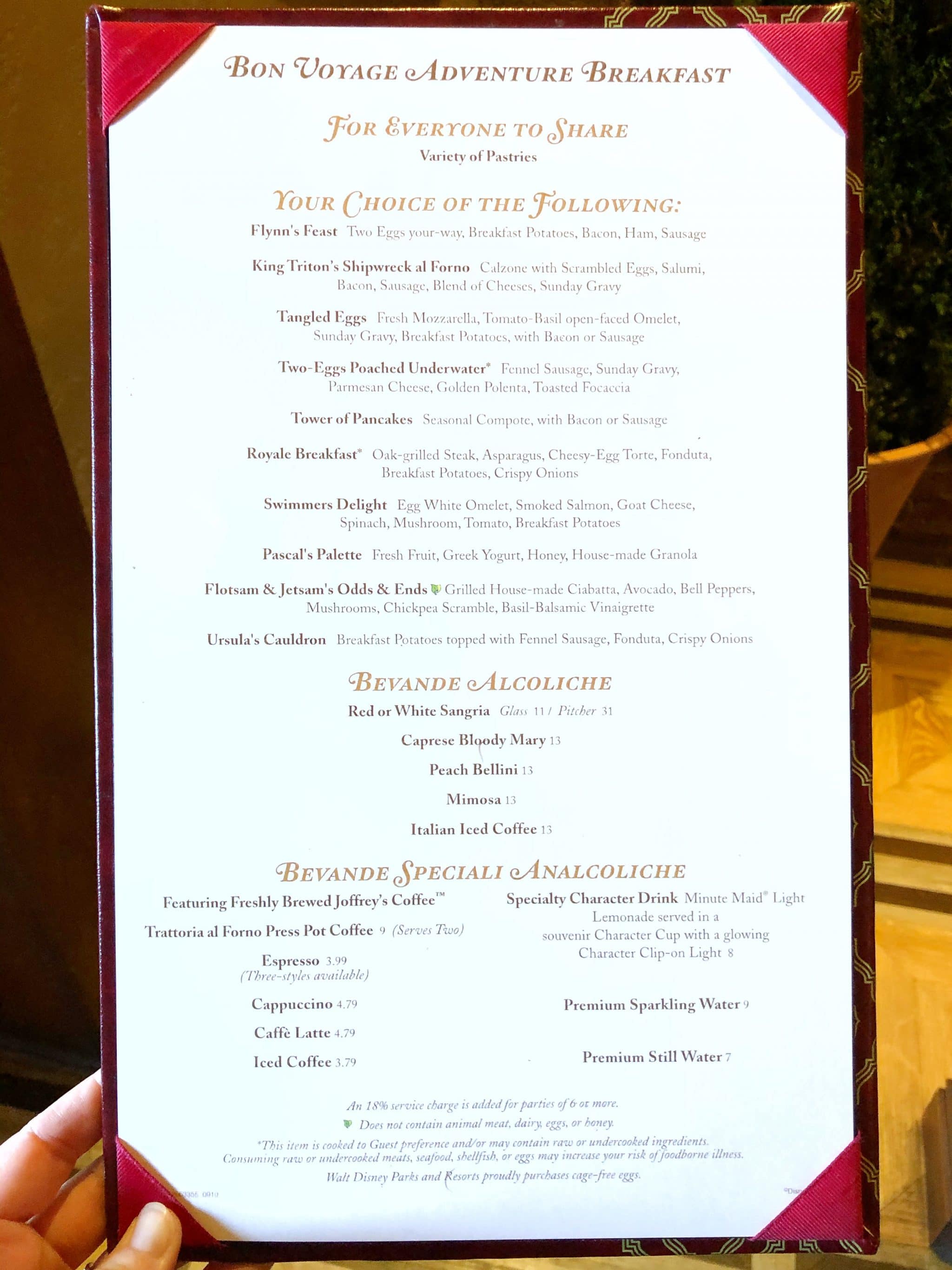 We opted for the non character dining since we wanted to order a bunch of entrees to review and were given the option to sit inside or out.

Here was our view as we dined al fresco. Definitely not mad about it.

We had beautiful weather and even better people watching. 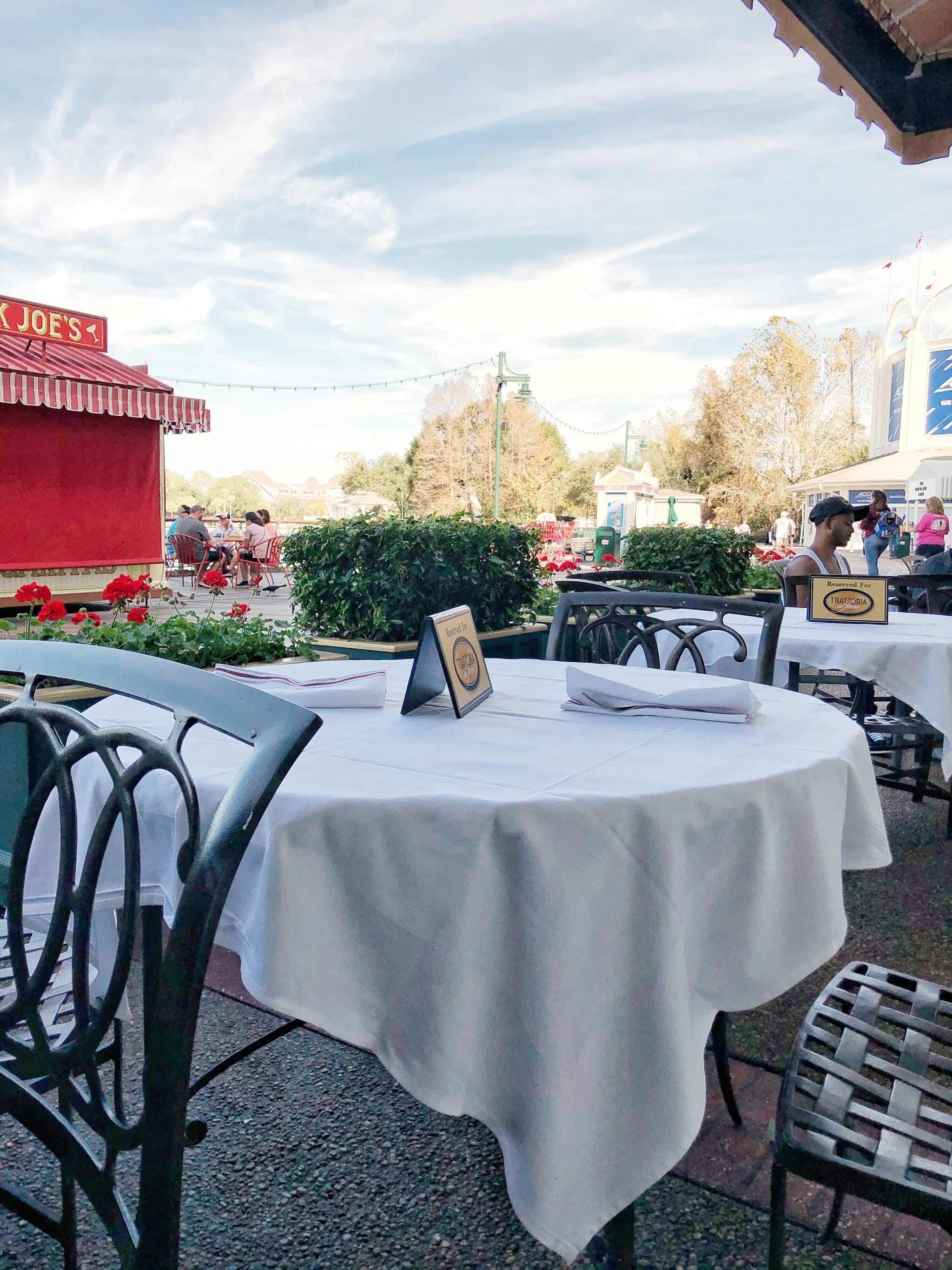 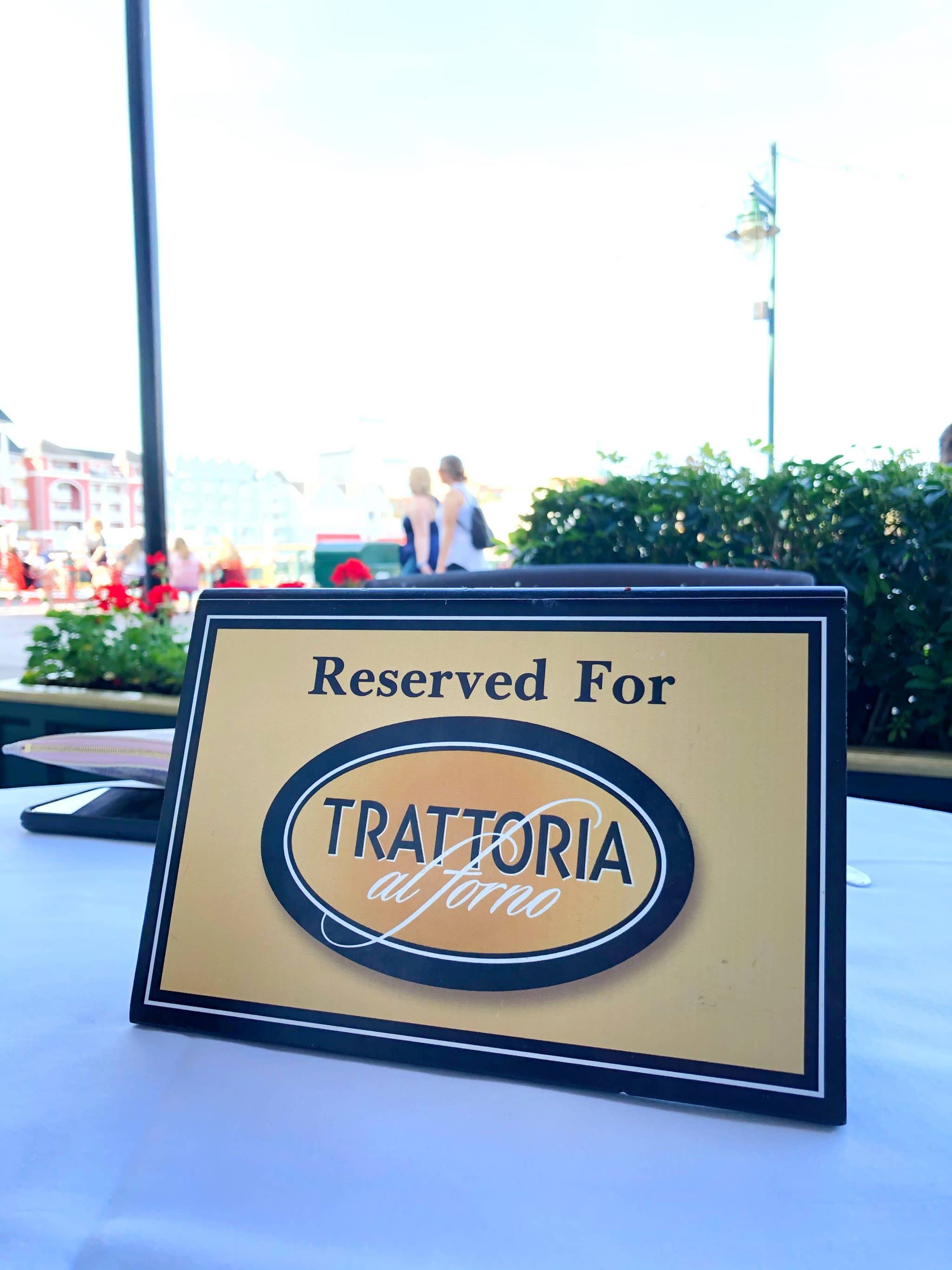 Here is the menu offered guests when opting out of the character portion of the meal.

There are a few options clearly marked with the designated plant based leaf symbol. 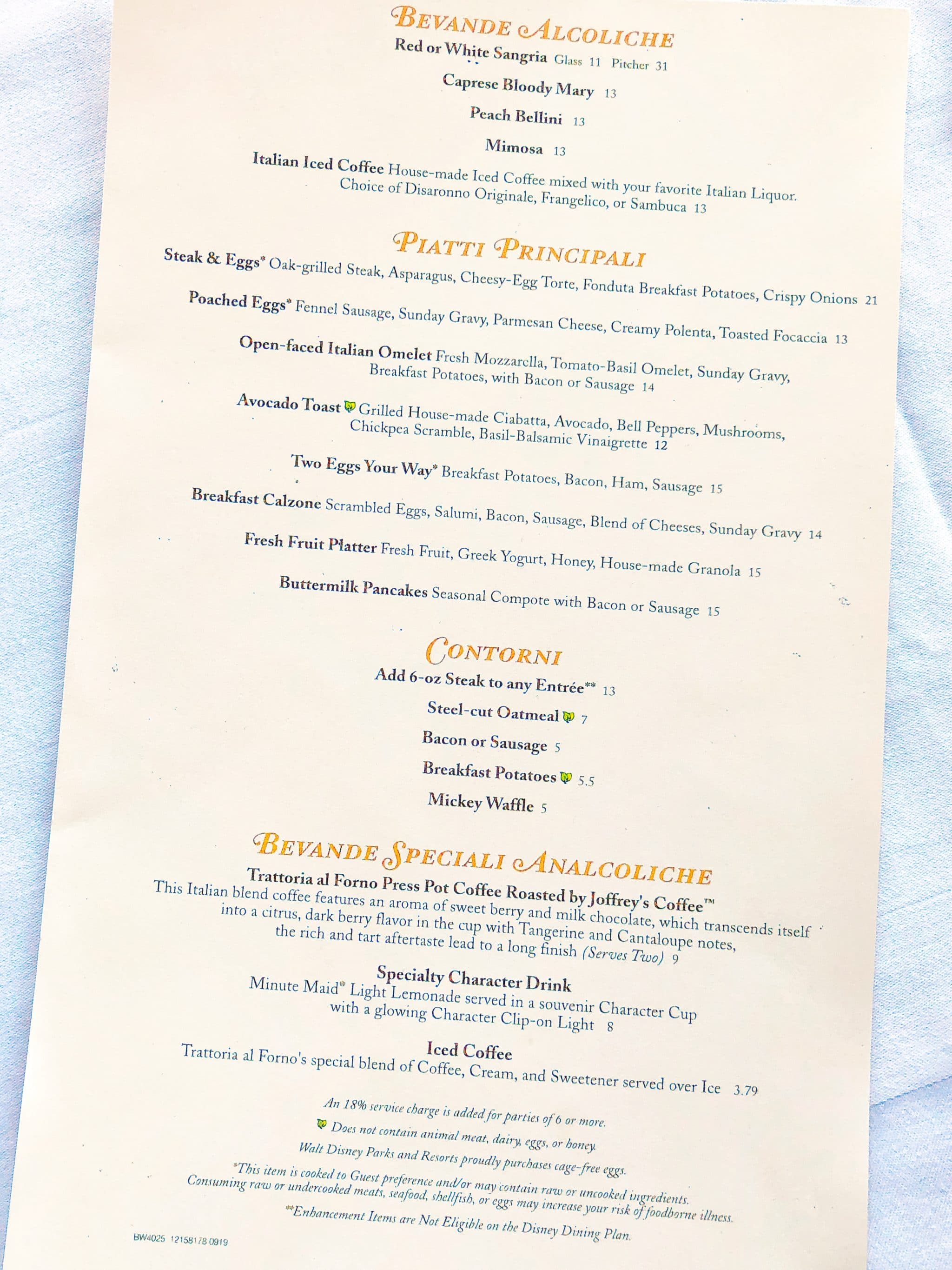 When we mentioned we were vegan our server brought out a third menu. Here’s a look at that. 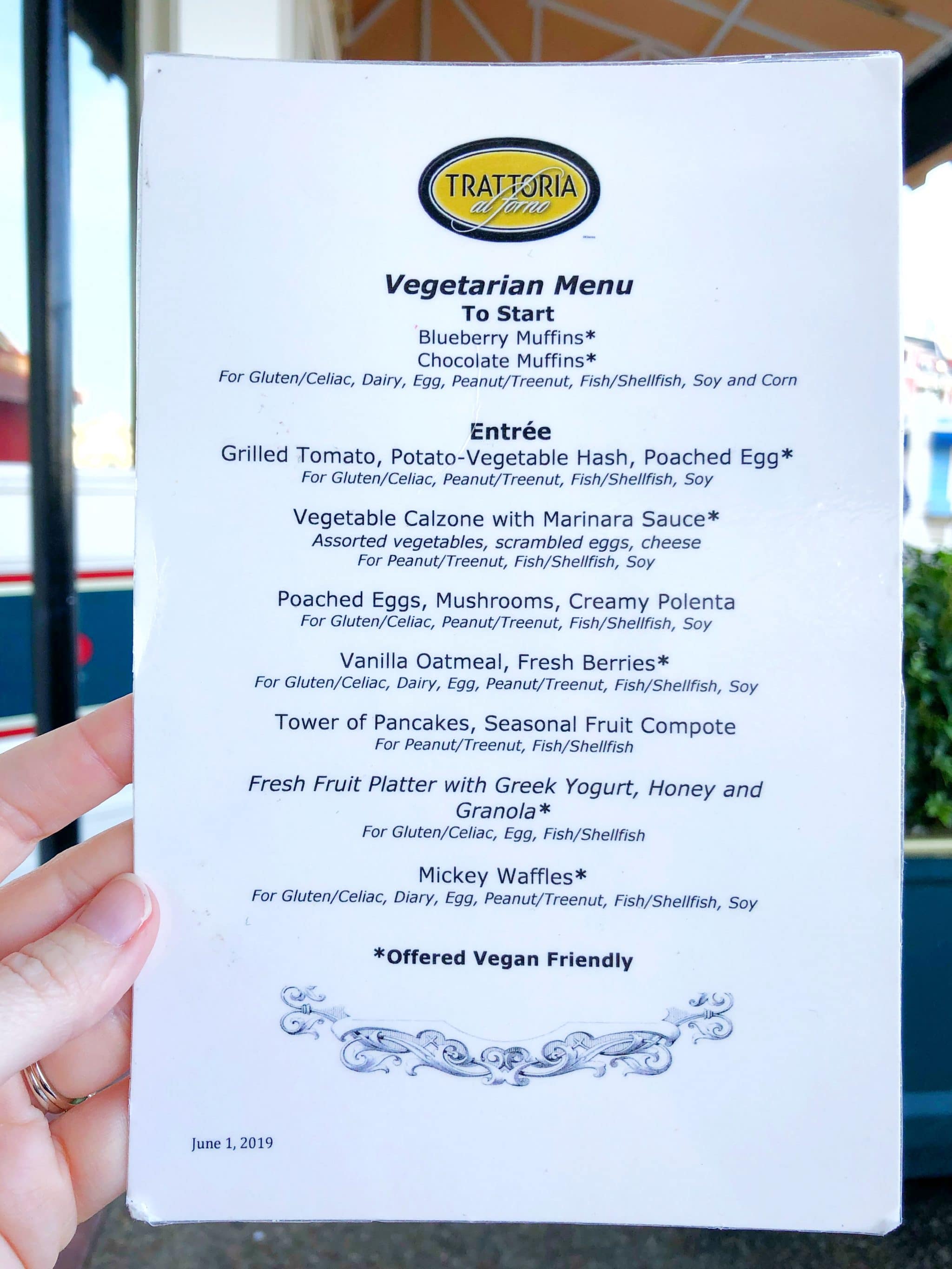 We ended up ordering four different plates of food

My favorite dish by far was the modified Vegetable Calzone with Marinara ($14). 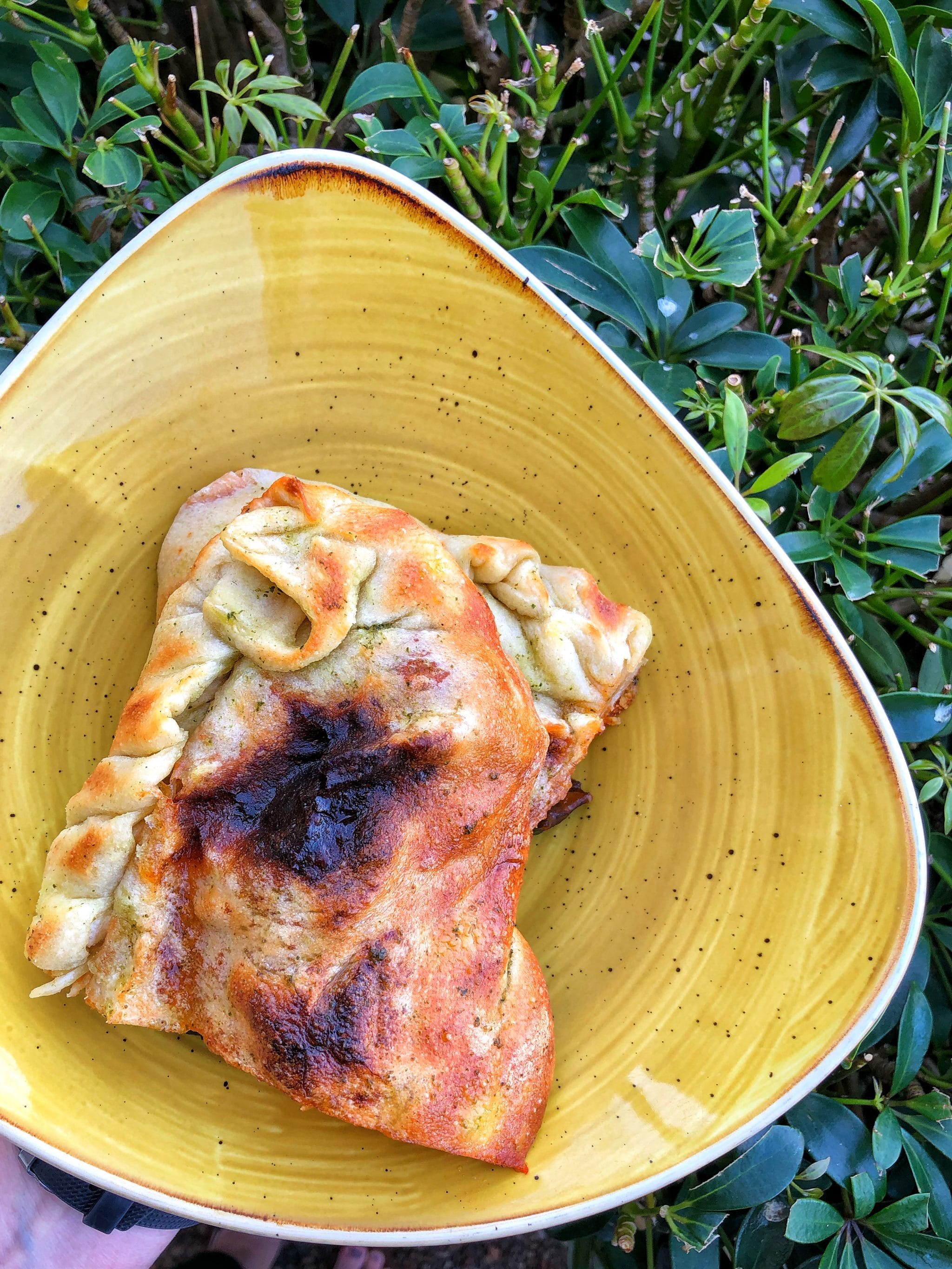 The dough on this thing was absolutely phenomenal. It was filled with an assortment of veggies in a tomato sauce and served with a big ole pool of more marinara for dipping. 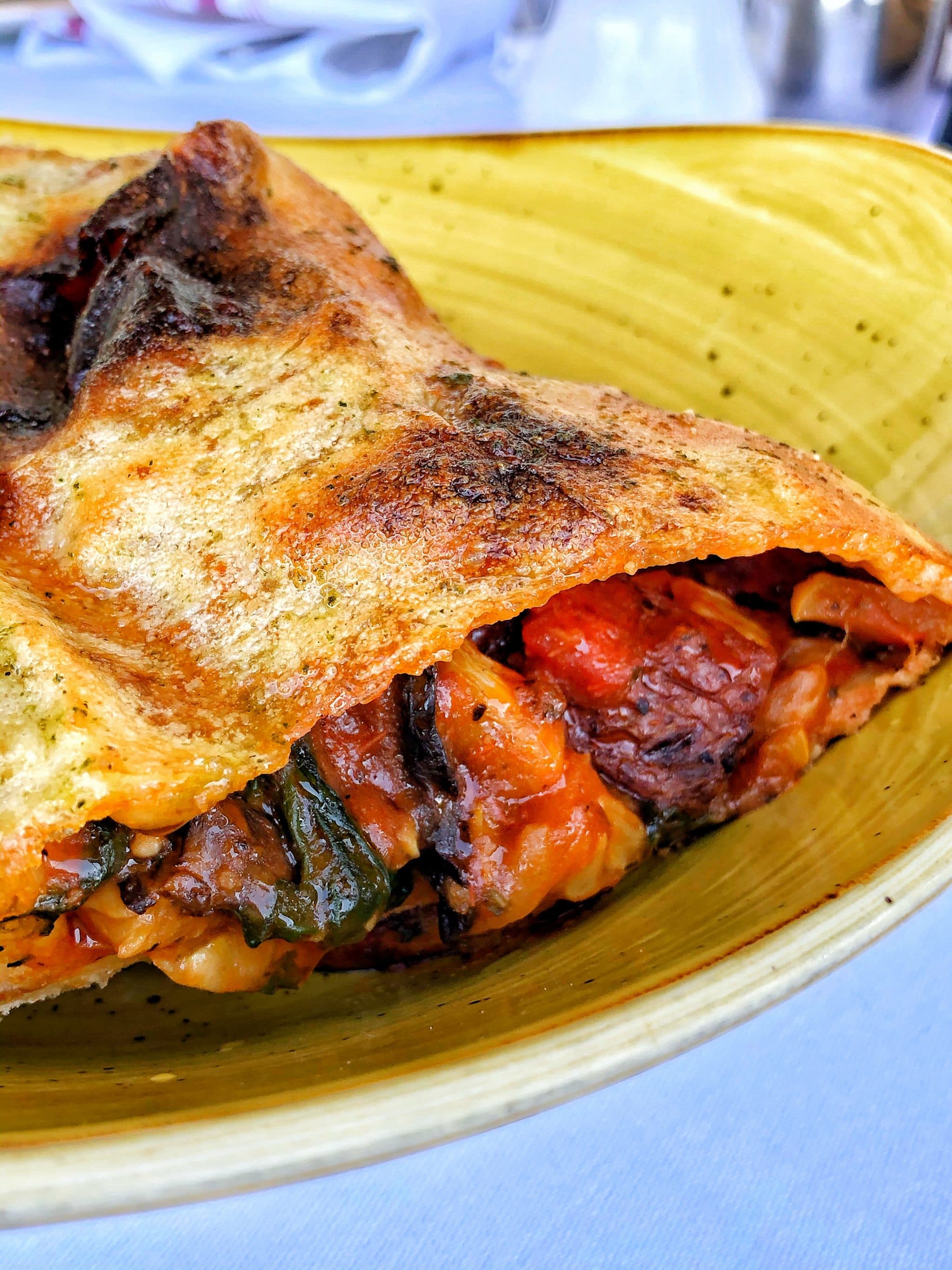 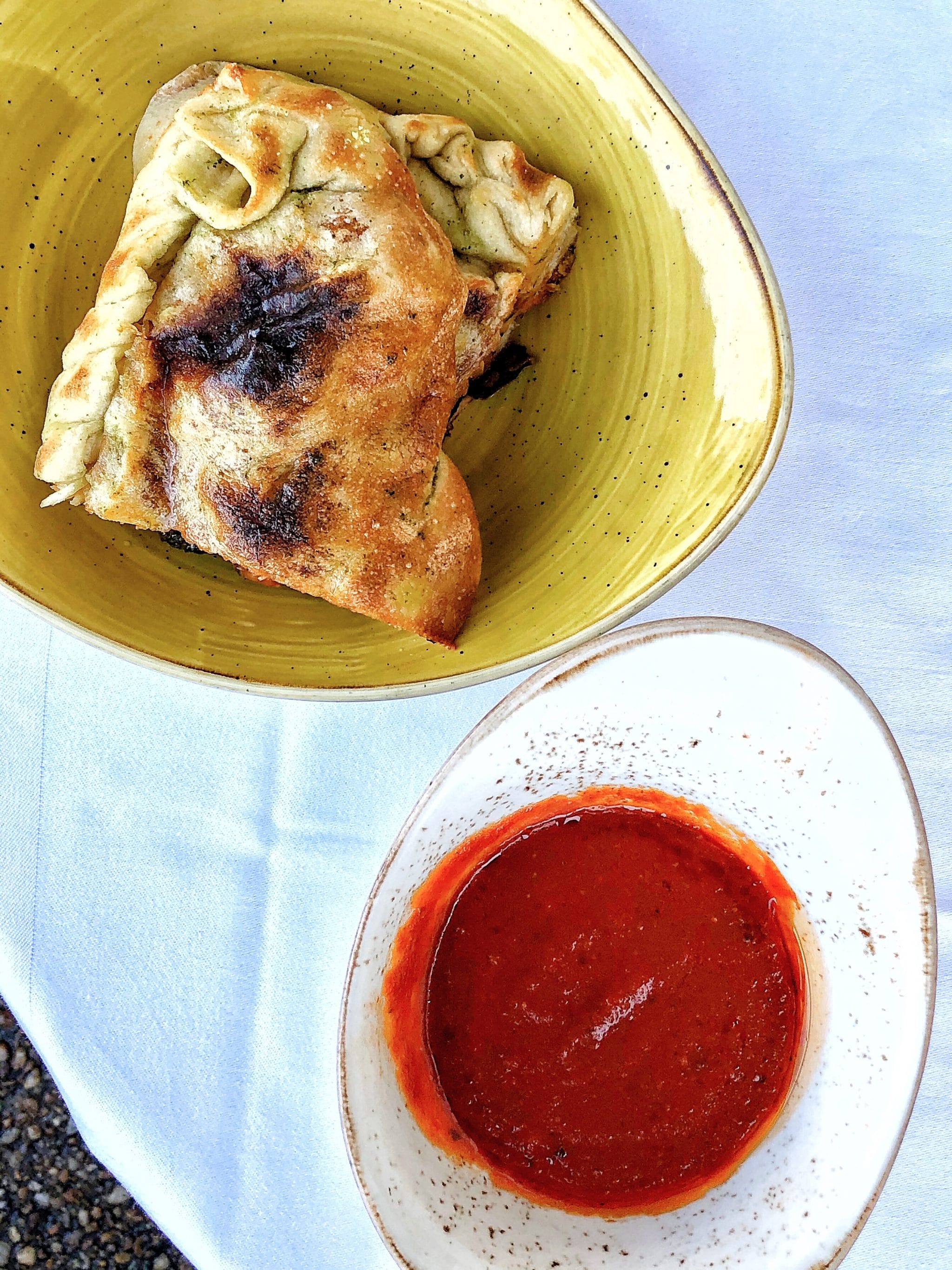 You’ll need to omit the scrambled eggs and cheese on this one to make it vegan. And oddly enough, they didn’t have vegan cheese…at an Italian restaurant ????????‍♀️ But don’t you worry. The calzone didn’t need it. It was delicious all on its own.

My friend Michelle really enjoyed the modified Vegetable Hash ($14) which was basically the calzone filling, but served in a bowl. 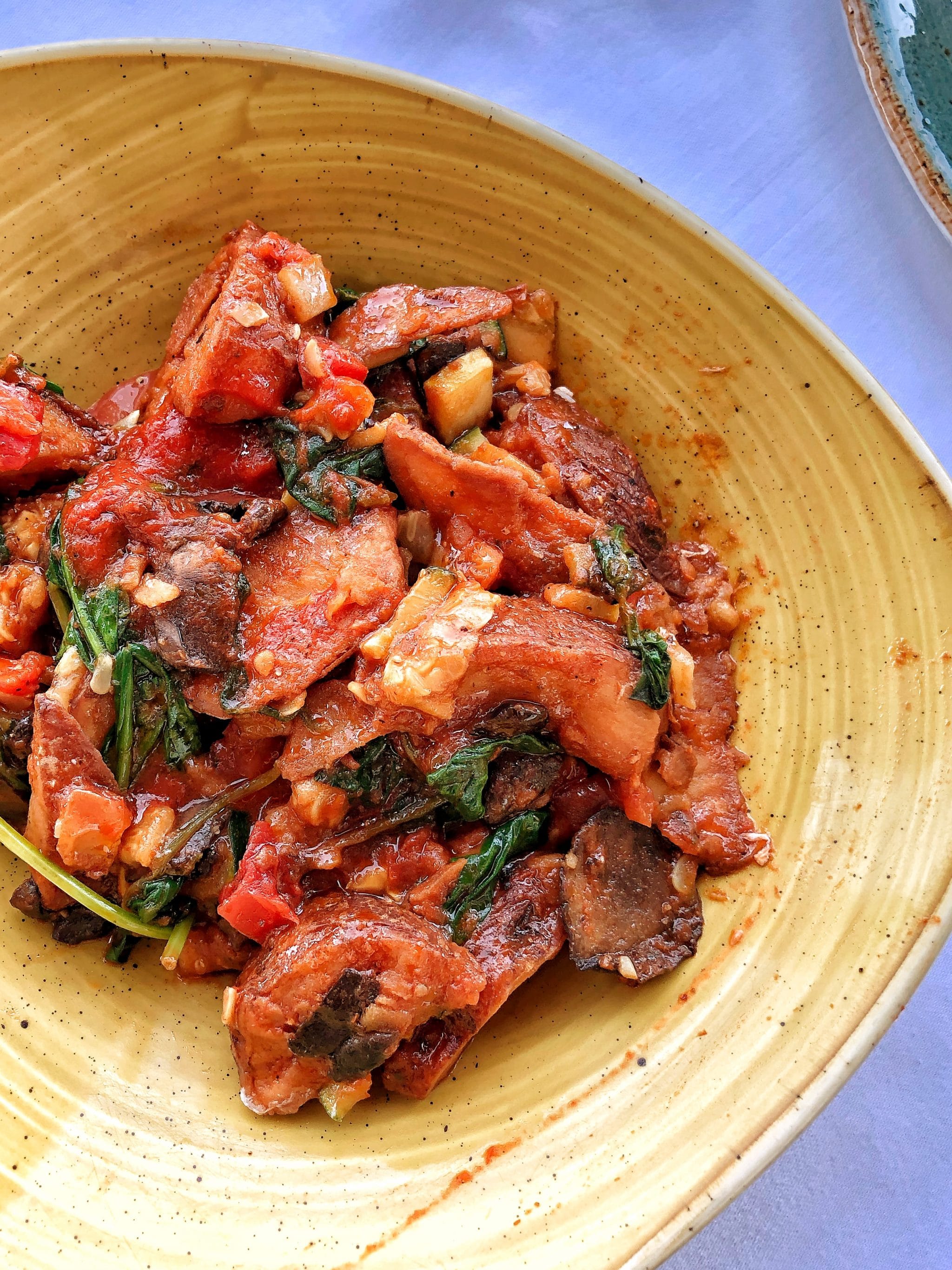 It included sauced potatoes, tomatoes, mushrooms, zucchini, yellow squash and spinach. Skip the poached egg to make this one vegan. 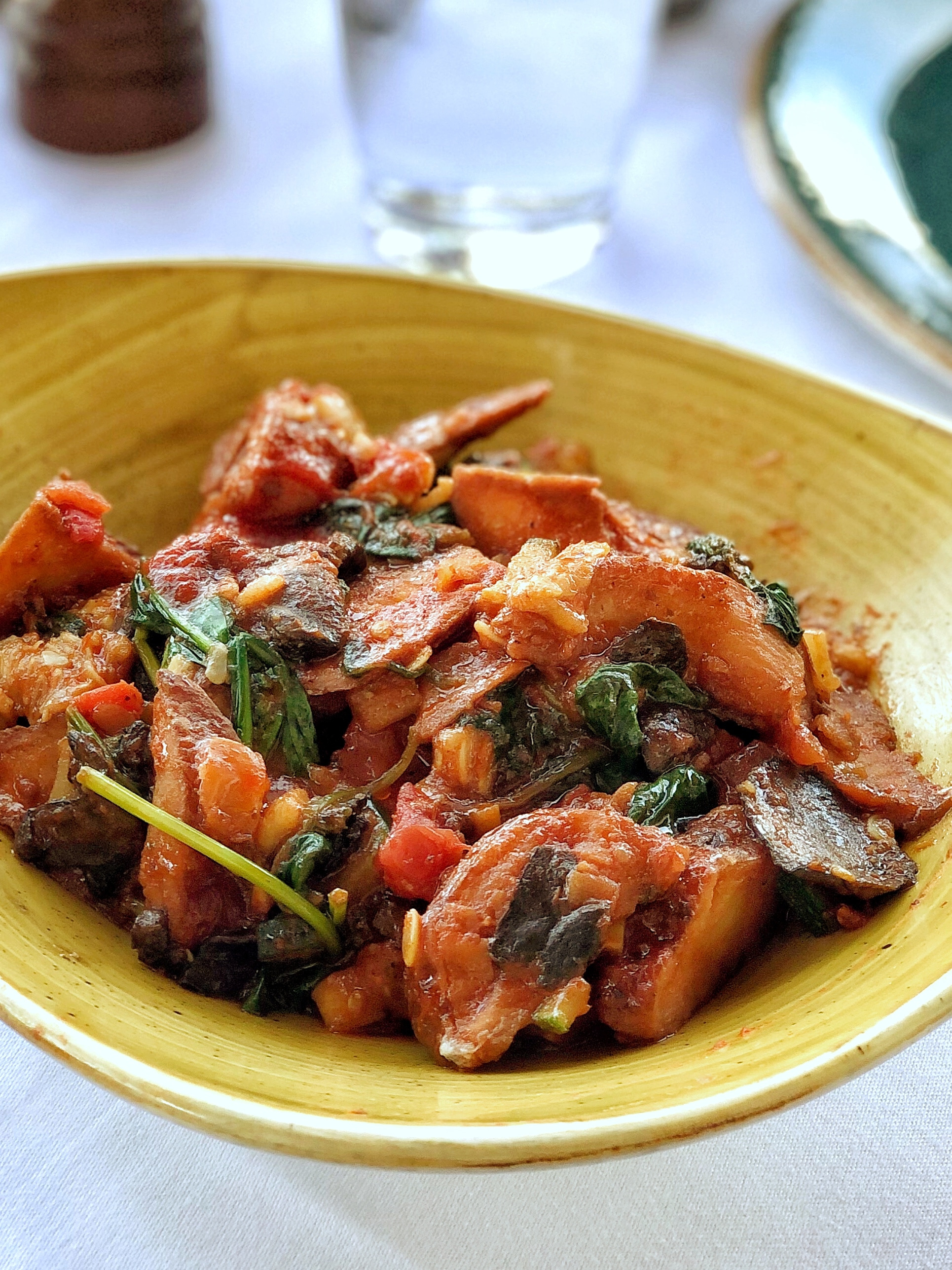 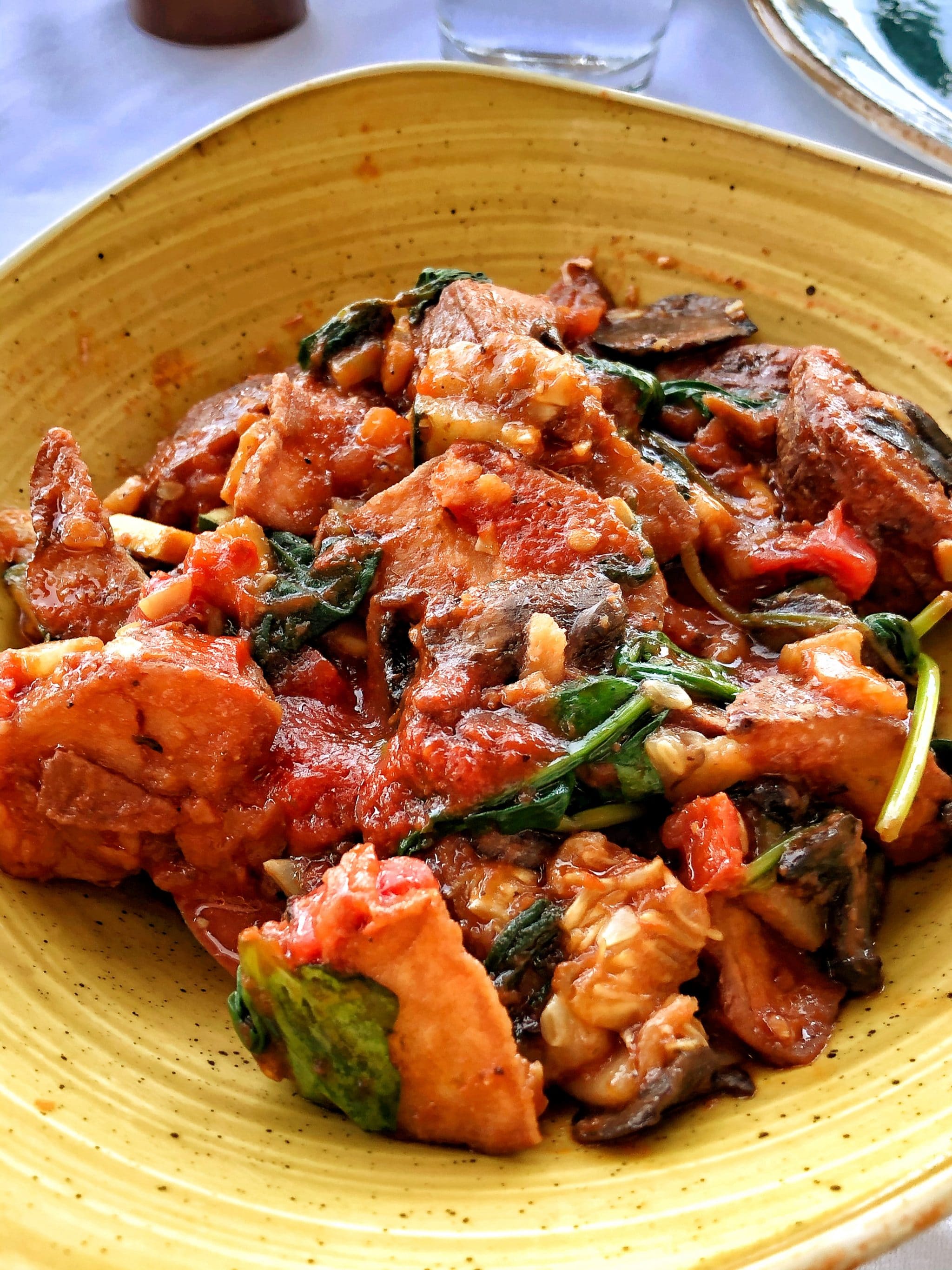 Of course we HAD to test out the vegan Mickey Waffles ($10). These came two to an order and each order was $5. 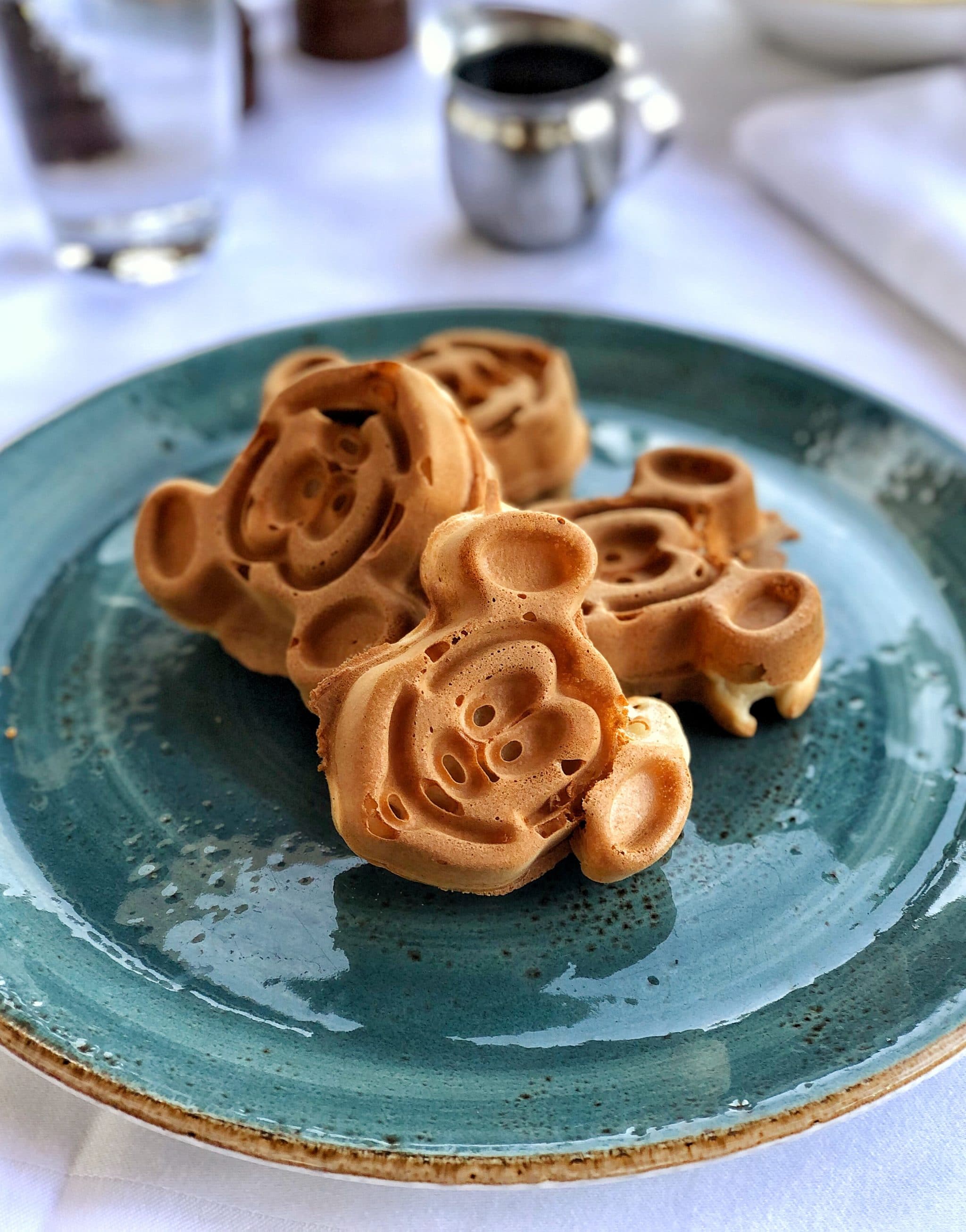 Be sure to specify vegan when ordering as the regular Mickey waffles are not vegan friendly. Ask for pure maple syrup when indulging. 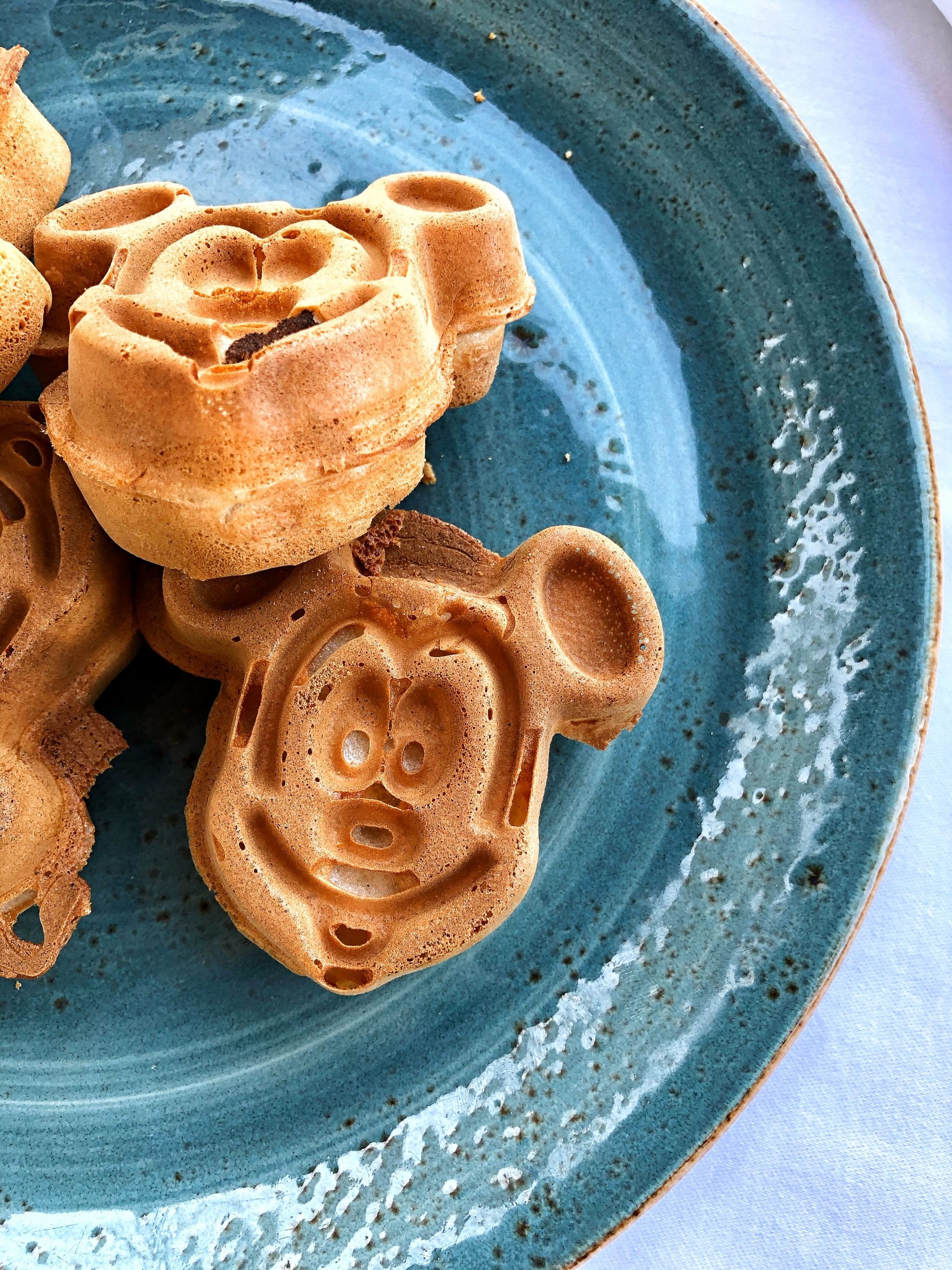 The final dish in this review is the vegan as-is Avocado Toast ($14) aka the $44 Flotsam & Jetsam’s Odds and Ends entree on the “Bon Voyage Adventure Breakfast” menu when opting to dine with characters. 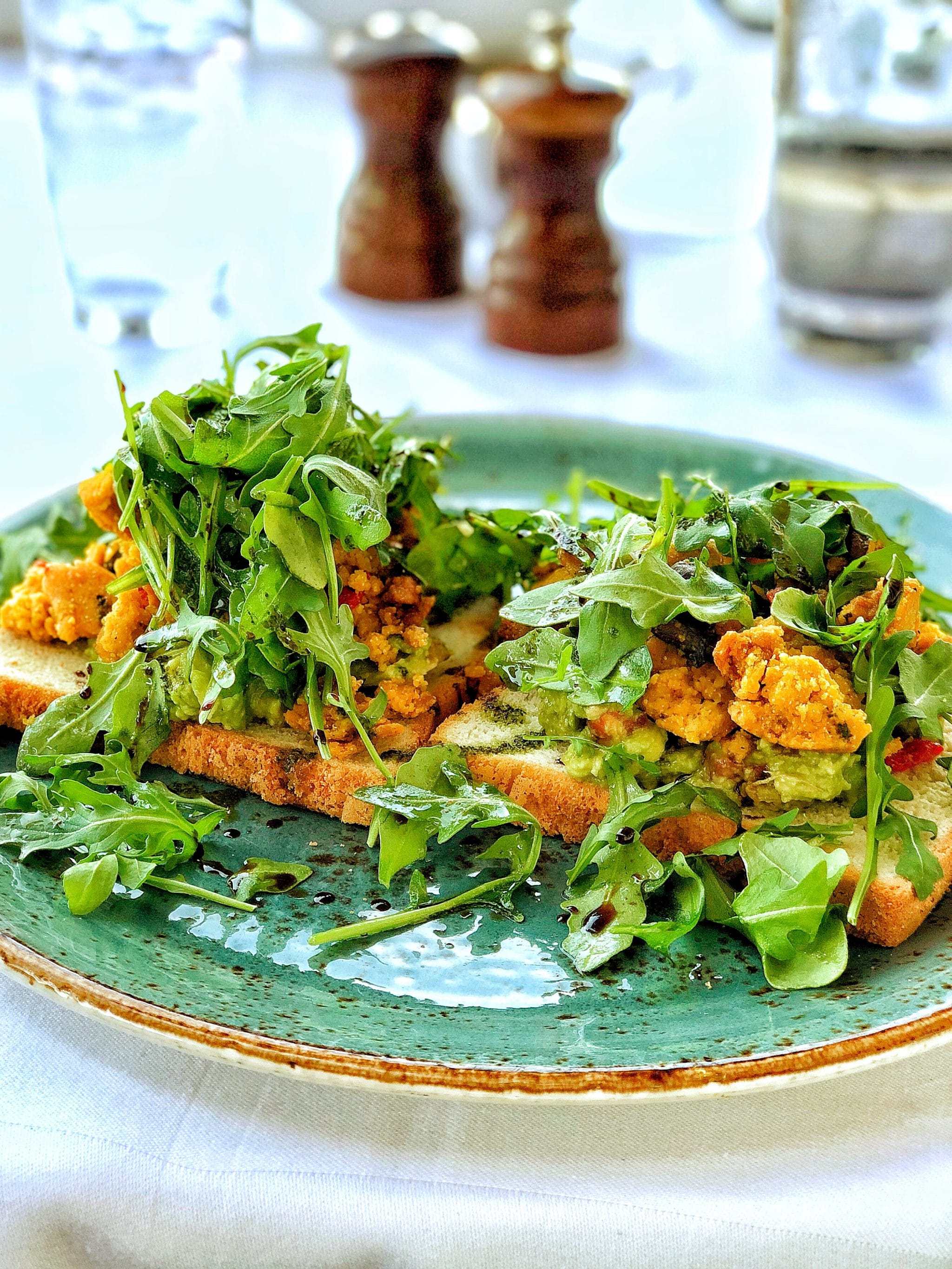 This is supposed to be served on grilled house-made vegan ciabatta but sadly, we were served ours on gluten free white bread. Womp, womp. 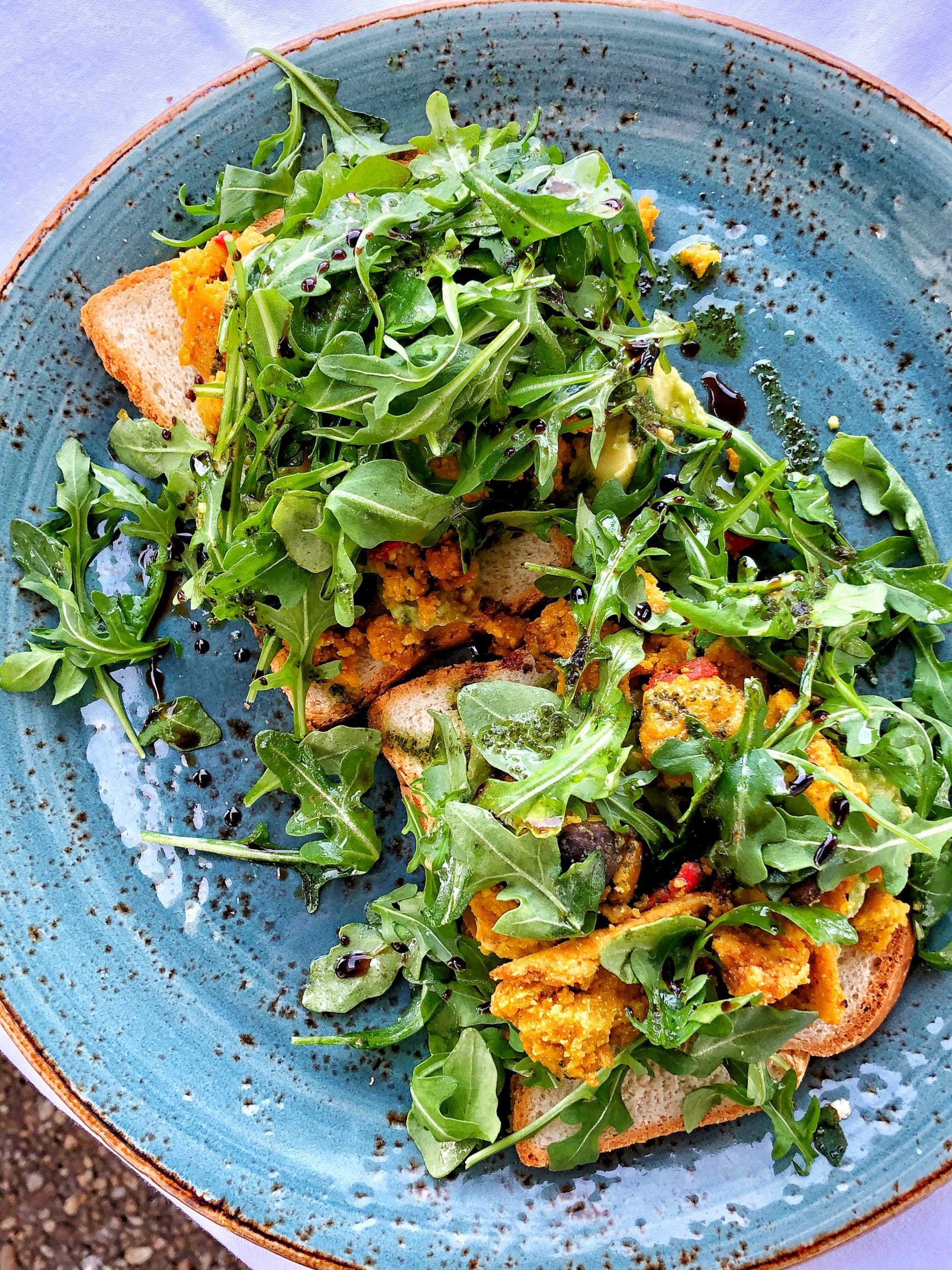 On top of the bread was mashed avocado, bell peppers, mushrooms, a scramble made with chickpea flour, arugula and a basil balsamic vinaigrette. 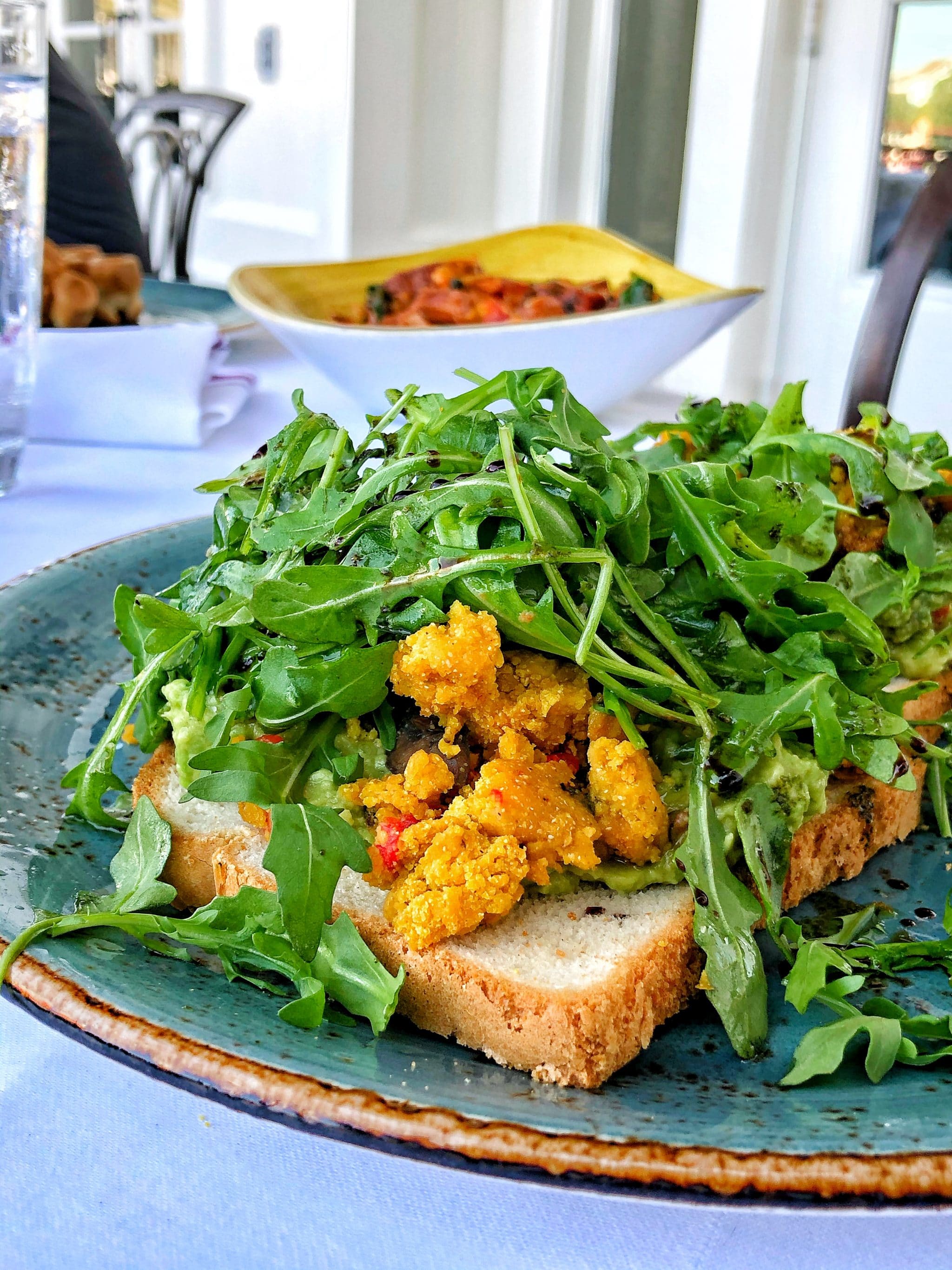 I initially took a bite of the chickpea scramble on its own and was surprised at how dry it was, but taking a bite of everything all at once was pure magic.

All in all we really enjoyed our leisurely meal at Trattoria al Forno. 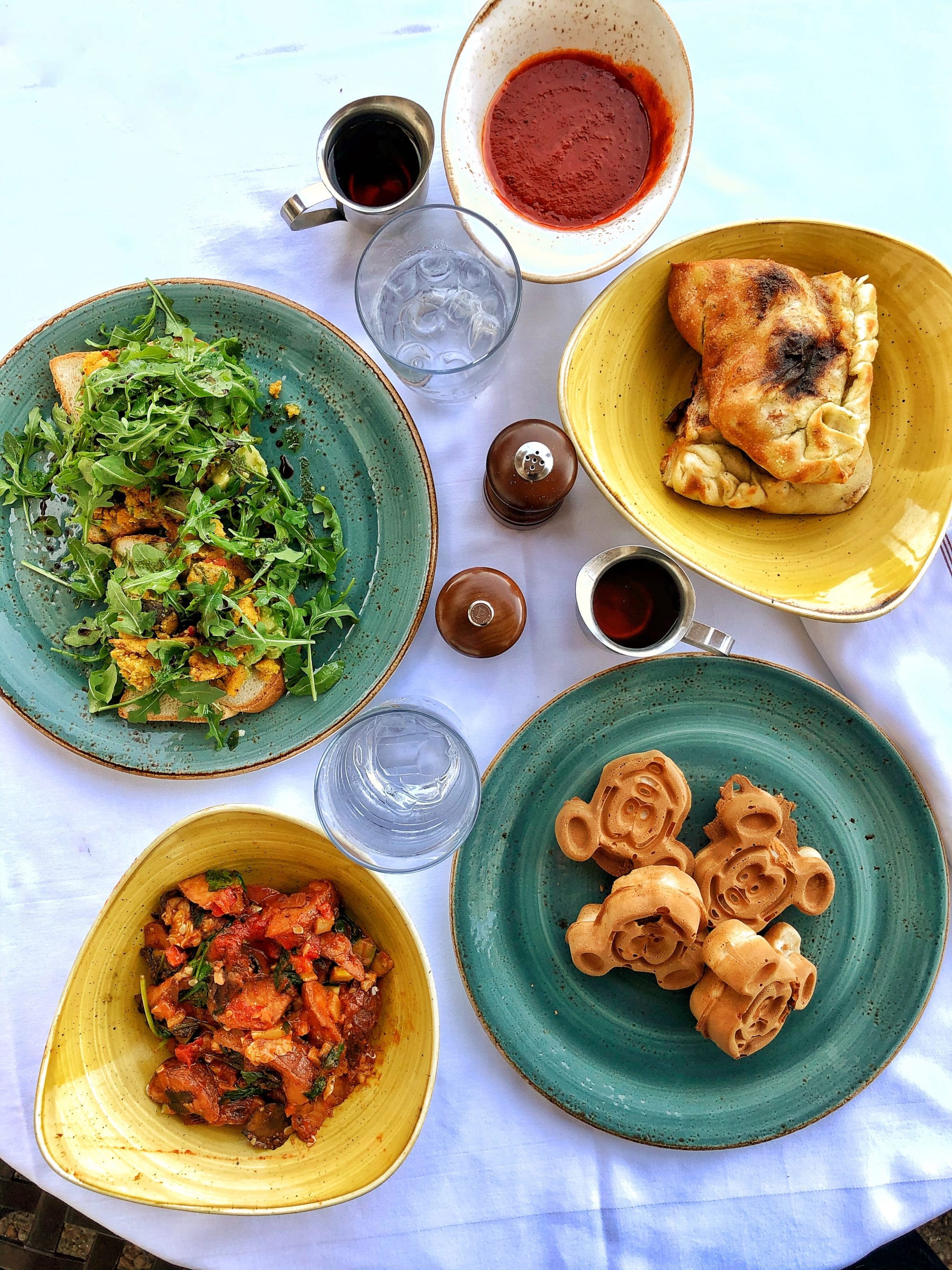 The restaurant is only open for breakfast and dinner and reservations are required.

Want to see some funny faces and our reactions to each one of the dishes live? Check out our vlog.

WANT TO REMEMBER THIS OPTION? Save the “ Vegan Breakfast Review at Trattoria al Forno on the Disney Boardwalk” pin to your favorite Pinterest board. 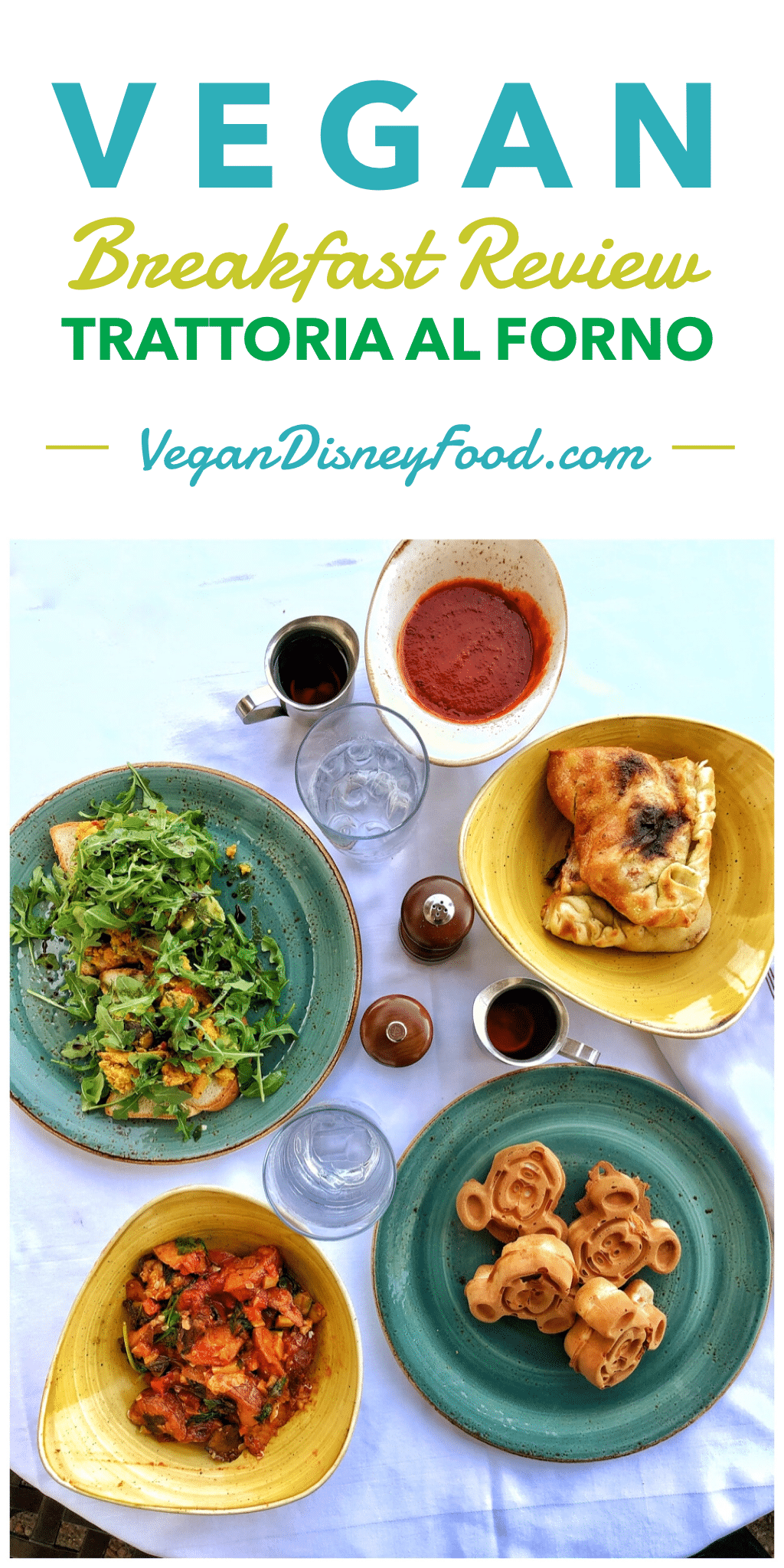