There’s a vegan dessert at The Plaza Restaurant in the Magic Kingdom at Walt Disney World. Feast your eyes on this Dark Chocolate-Banana Bread Pudding with Vegan Ice Cream. See our full vegan Plaza Restaurant review too!

You can find it at The Plaza Restaurant in the Magic Kingdom on Main Street USA directly across from Casey’s Corner. 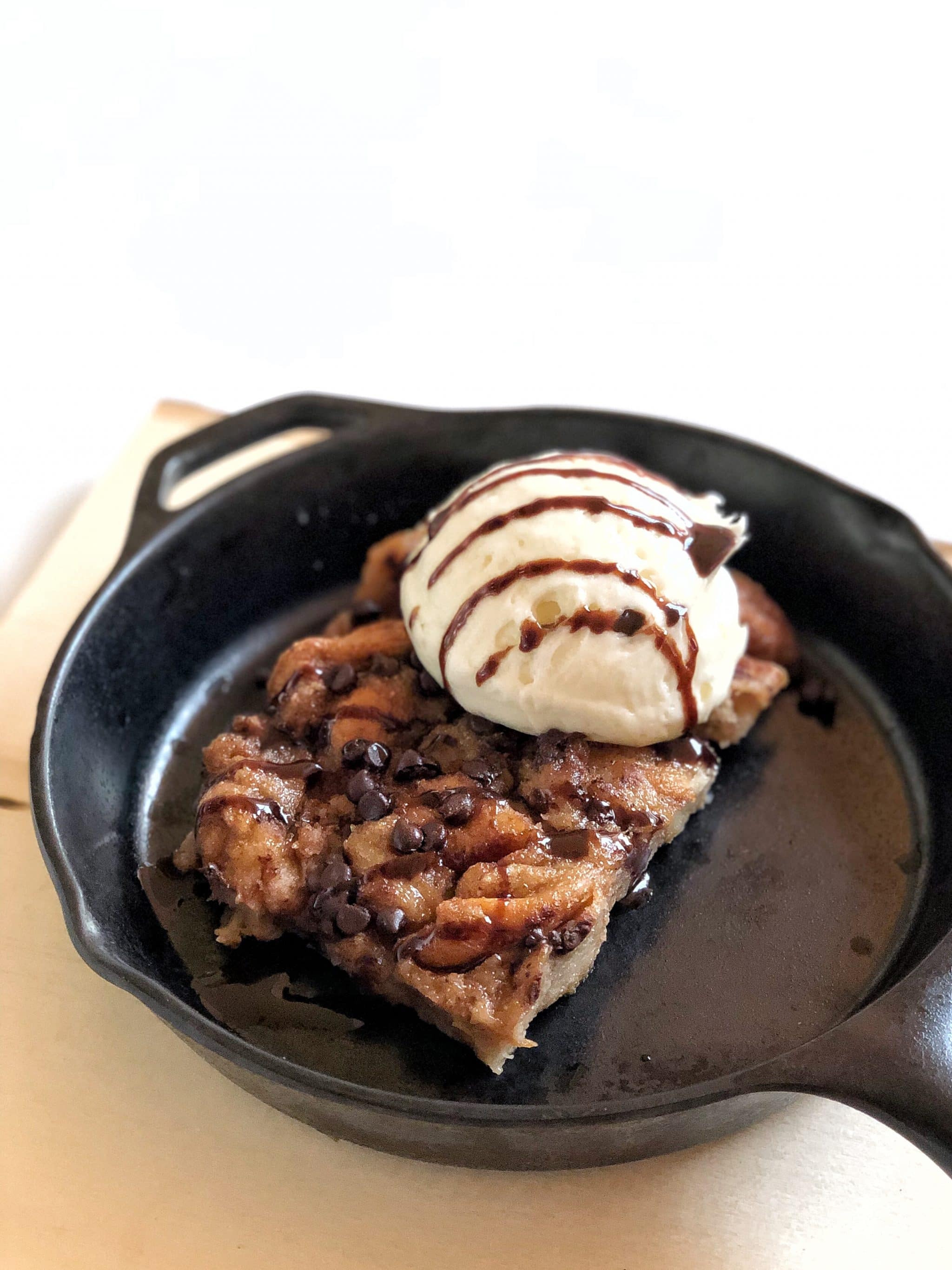 This is the Dark Chocolate-Banana Bread Pudding with Vegan Ice Cream ($9.00).

This bread pudding was super moist and gooey! Just what you would expect out of a bread pudding. And the vanilla ice cream went perfectly with it. 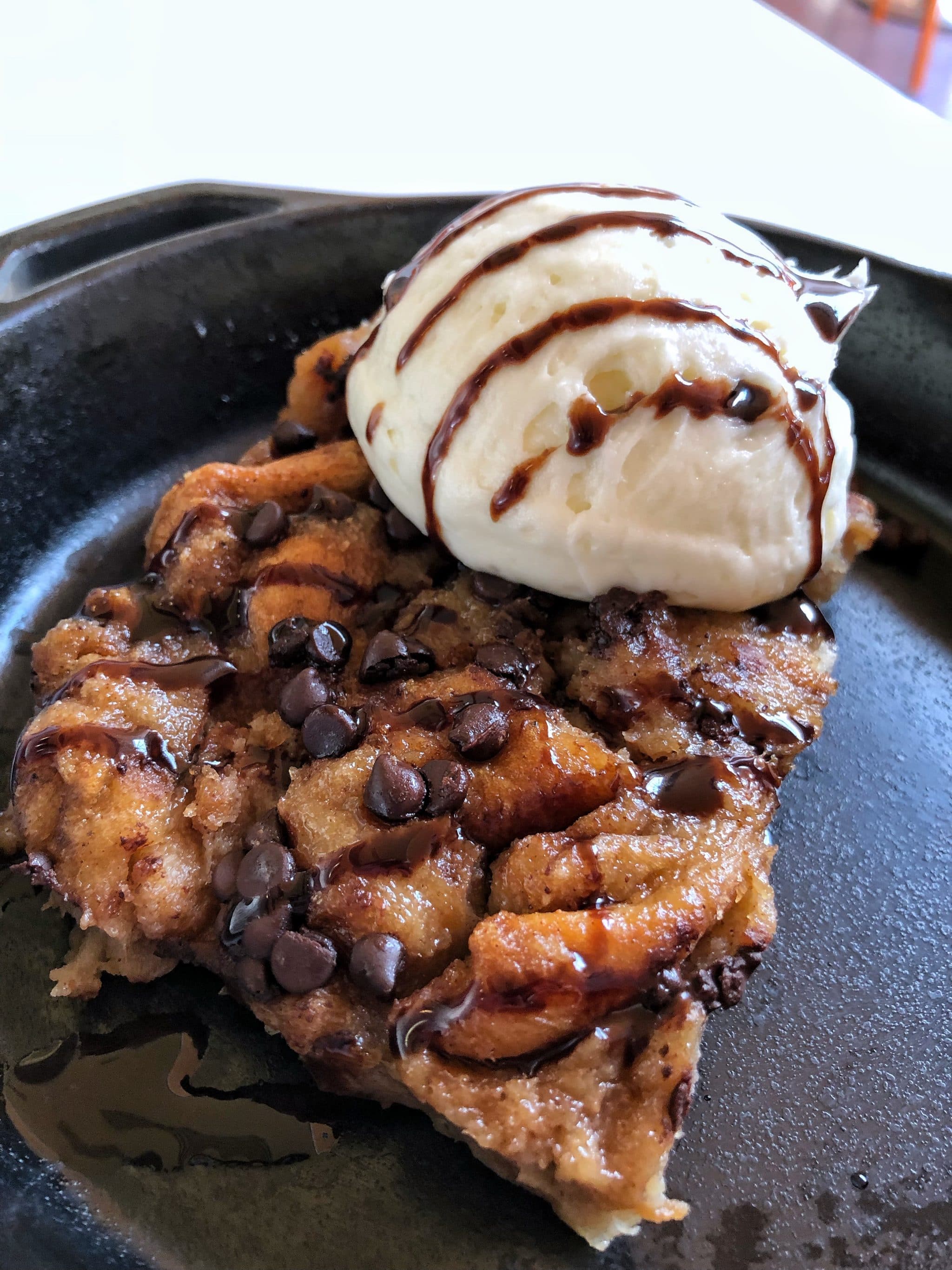 Special thanks to Disney for hosting us at their plant based preview so we could try this dessert out and report back to you.

WANT TO REMEMBER THIS OPTION? Save the “Chocolate Banana Bread Pudding at The Plaza in Magic Kingdom” pin to your favorite Pinterest board. 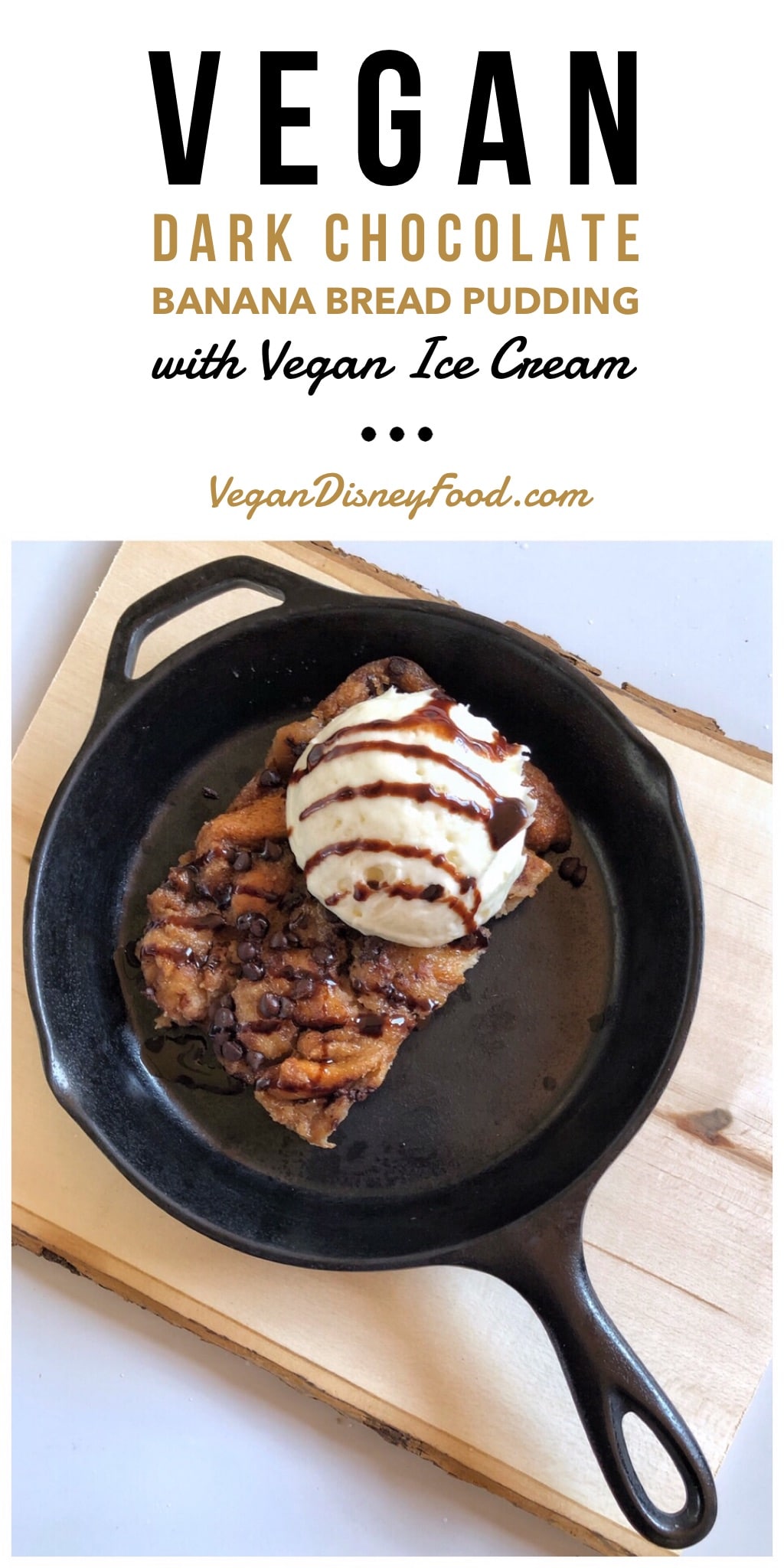