After years of asking and asking for the simple act of being able to order Butterbeer at Universal theme parks without the topping, vegans and those with food allergies are rejoicing as vegan Butterbeer is finally available at both Universal Orlando Resort and Universal Studios Hollywood!

Due to issues with “trademark” and to keep the “integrity” of the Harry Potter universe, prior to now, Universal was unable to sell Butterbeer without the signature marshmallow topping, which contained dairy and also trace amounts of wheat making it non-gluten-friendly as well. Even though in the books Butterbeer was sold hot and in bottles, which already had to be changed to sell in theme parks, it took this long to get someone in legal to budge on this issue. We are now thrilled to report that this has changed and you may now order frozen and cold Butterbeer with no foam topping, which makes it vegan as is. The hot Butterbeer still contains dairy with or without the topping. 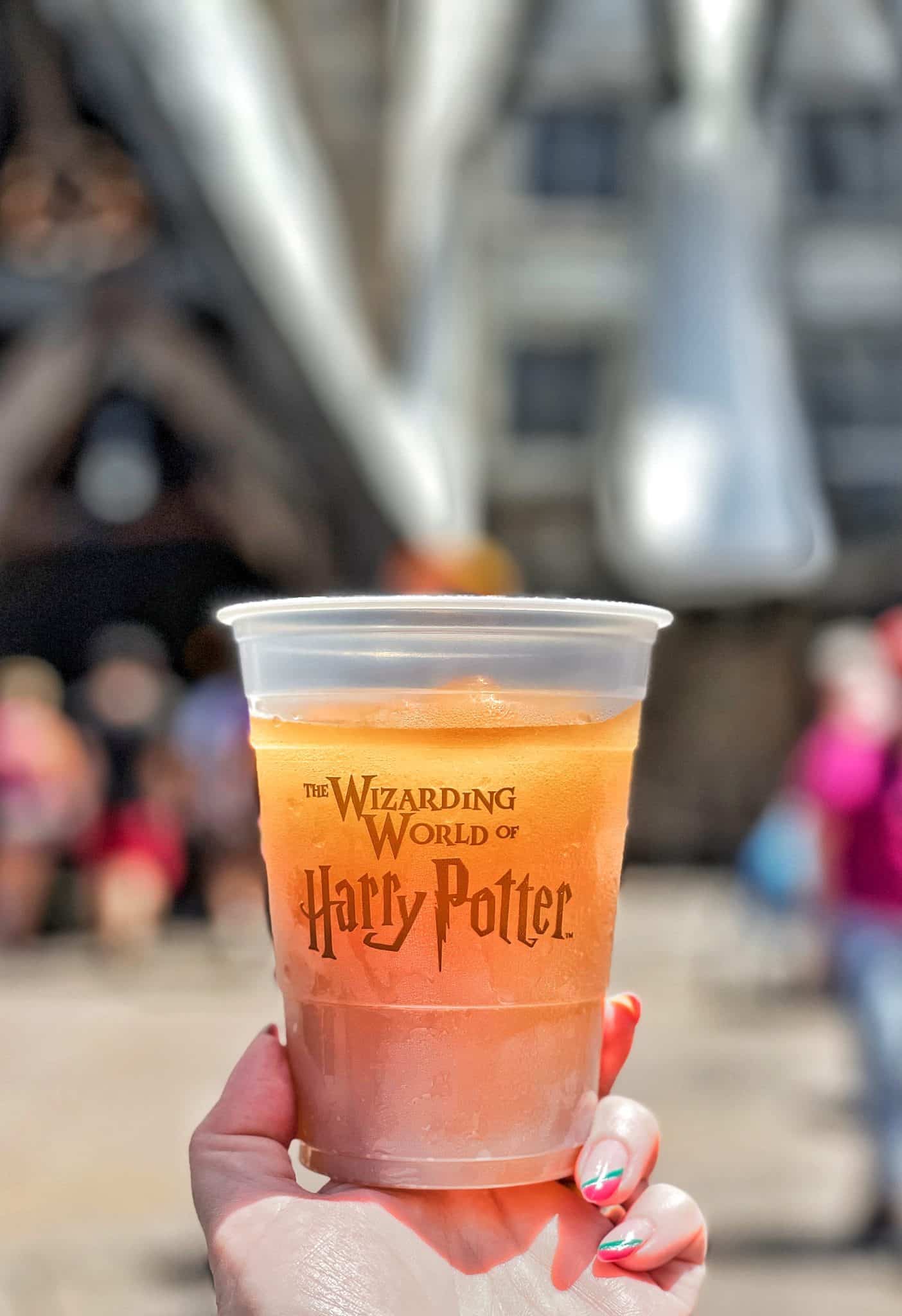 The funny thing is, when we went to order, the team member serving us said “it’s still not vegan even without the topping” and we asked if there was an allergy binder or list of ingredients. She called a chef for us, because she thought it contained “red dye” which wasn’t vegan. We know from experience with the Engagement Ring Cake at Disney’s Hollywood Studios that certain red dyes can be an issue, specifically when called carmine, crimson lake, cochineal (in the soy wraps on the Frushi served at EPCOT’s Flower & Garden Festival too), or “natural red dye #4.” The chef confirmed there was no red dye in either frozen or cold Butterbeer. There was a yellow dye, which does not contain animal products. So we all breathed a sigh of relief and took a swig of our first Butterbeer in years!

Huge thanks to the Protego Foundation for their petitions to get this changed, and Universal Orlando Vegans for spreading the word.

Below is video of our first vegan Butterbeer! Let us know in the comments which Butterbeer you’re most looking forward to trying! 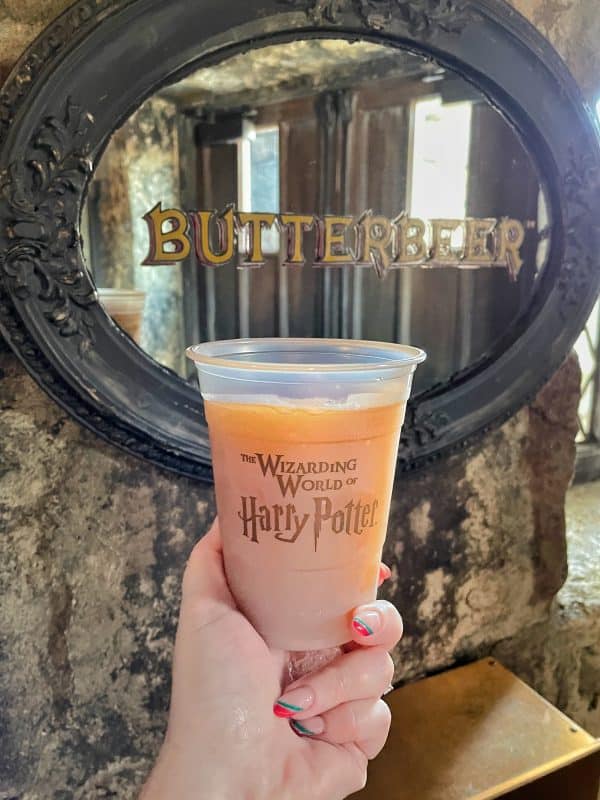