The Empress Lilly, named after Walt’s wife Lillian, has been transformed into a sleek and modern waterfront eatery in “The Landing” area of Disney Springs at the Walt Disney World Resort. The restaurant is quite literally a paddle boat set on the shore of Lake Buena Vista and has been aptly named Paddlefish. The eatery is known for its seafood, but I visited last night with friends to answer the question: What’s vegan at Paddlefish? 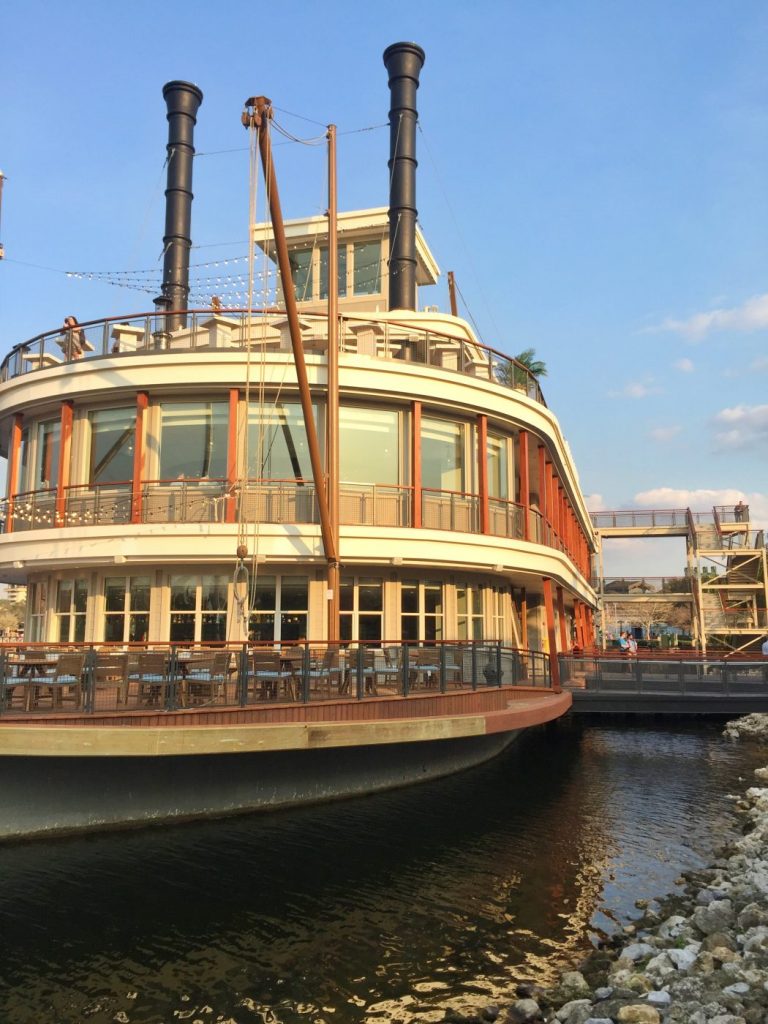 You can find Paddlefish adjacent to Terralina Crafted Italian and across the way from the dinosaur themed T-Rex Cafe.

Equally as important as the quality and taste of the food is the atmosphere, right? Paddlefish is a huge space with three distinctly decorated levels. Let’s look around shall we?

Restaurant seating is predominantly located on the first and second floors. 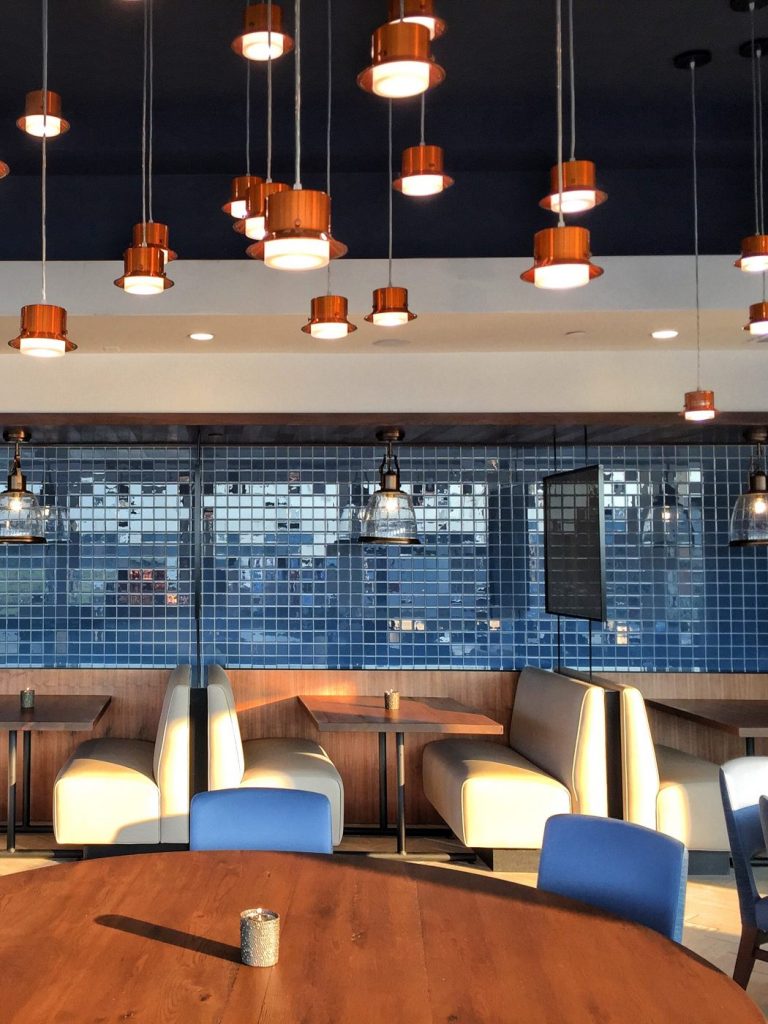 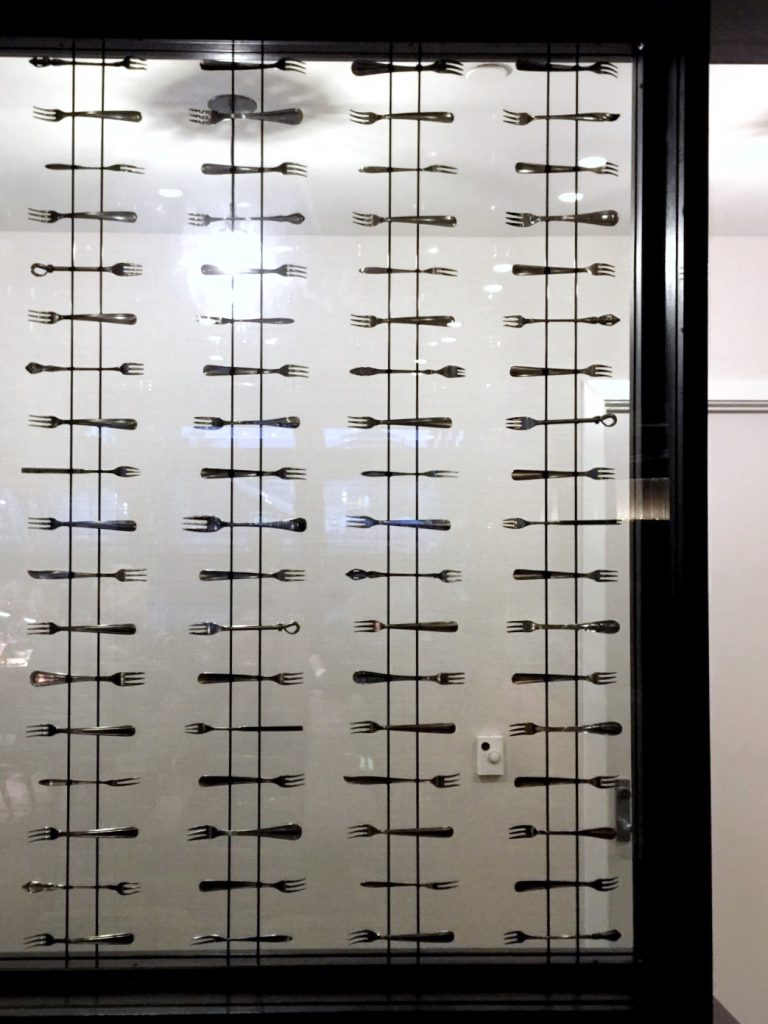 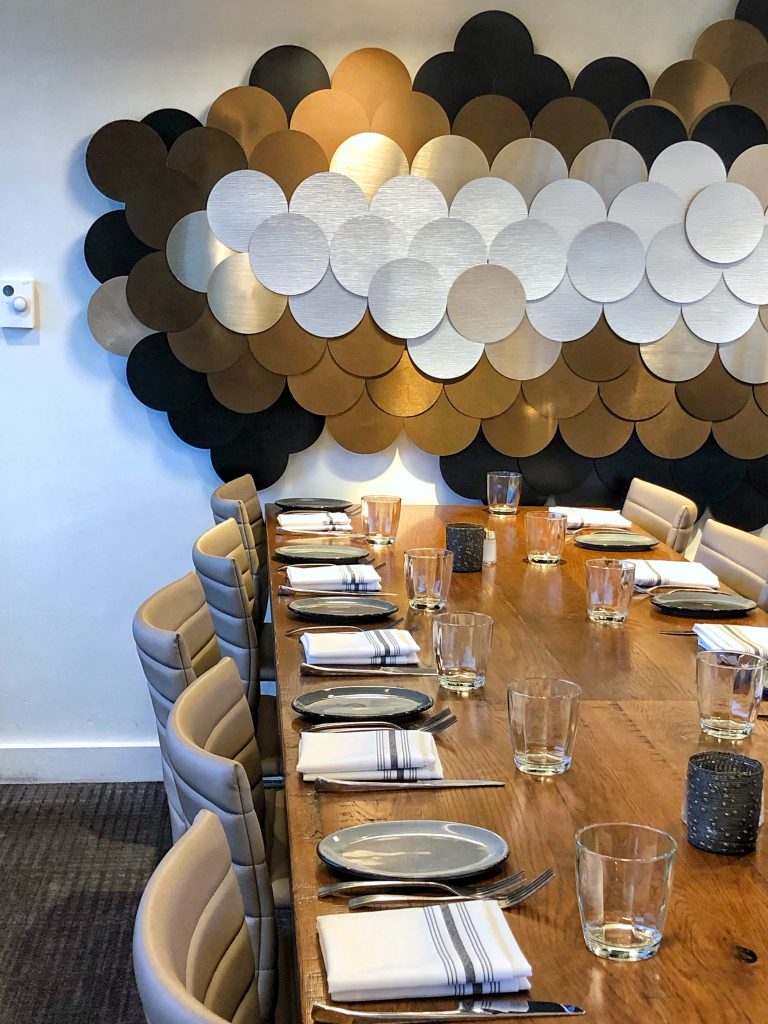 You will also find seating in the two different lounge areas. Each lounge has both inside and outside seating and both serve the complete menu. The first floor lounge is located in the front of the ship and another lounge can be found on the top floor with panoramic views of Disney Springs and the neighboring Disney’s Saratoga Springs DVC Resort. 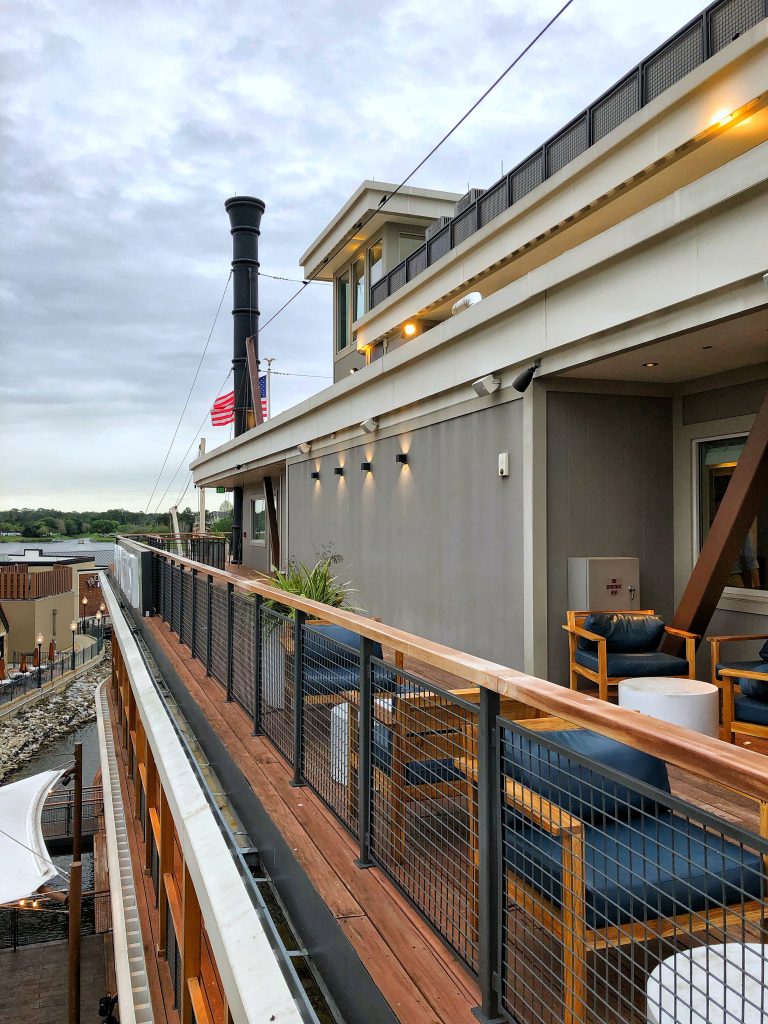 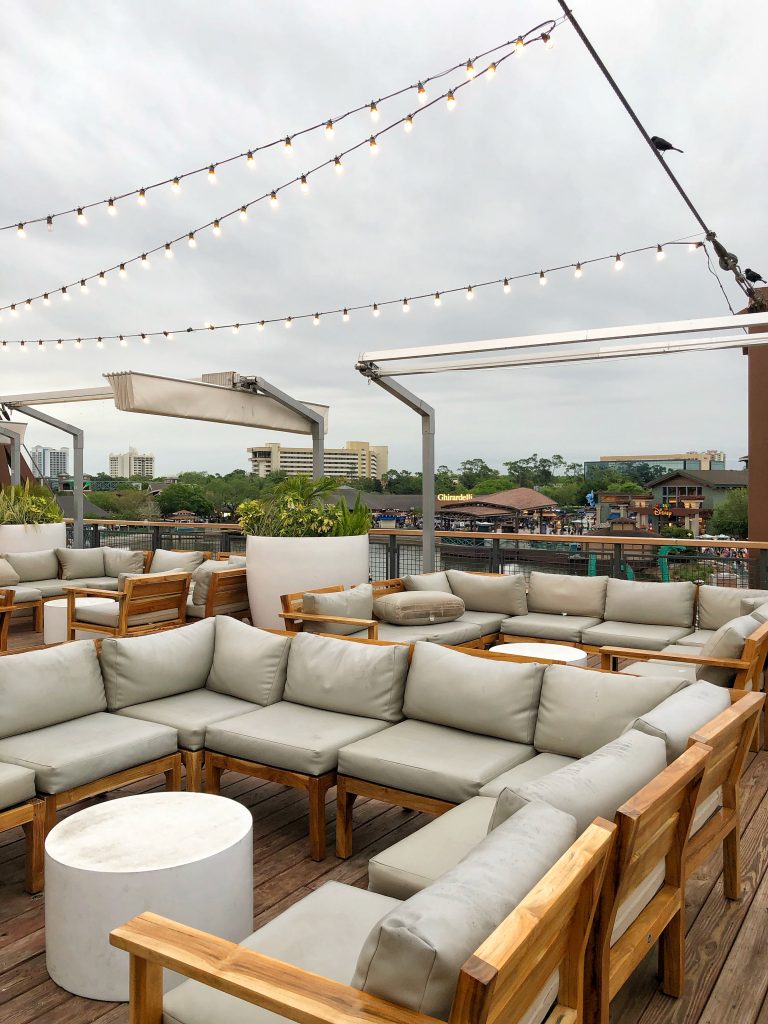 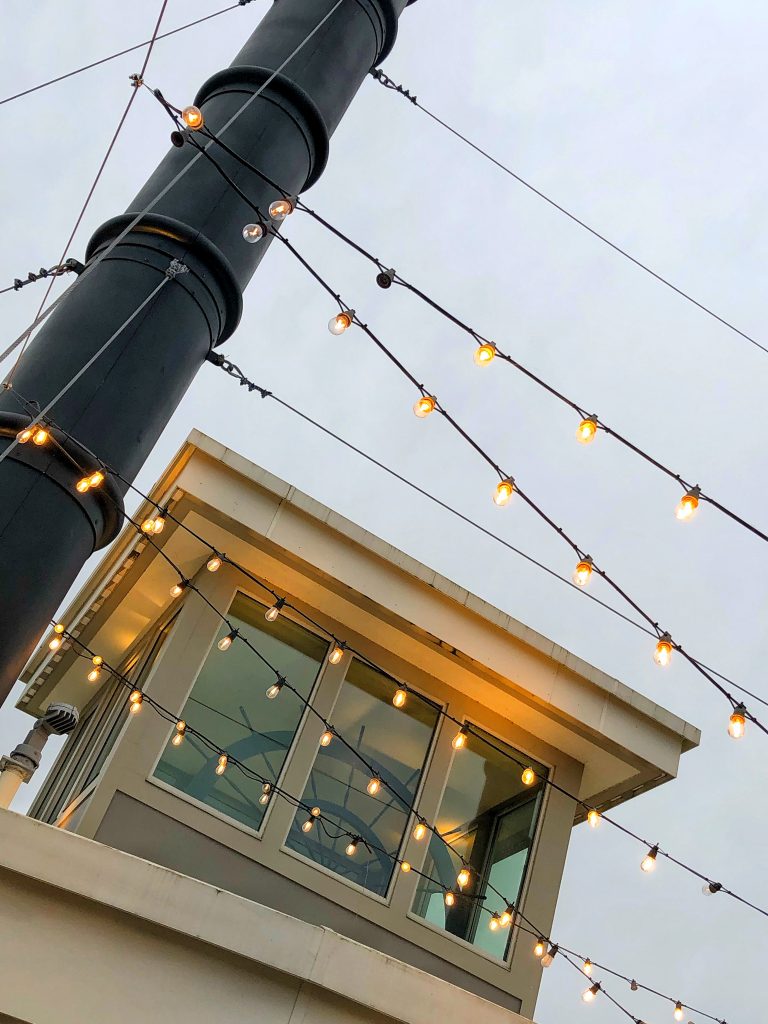 For our dinner service we were seated at a table on the first floor next to the huge picture windows overlooking Lake Buena Vista.

The views and atmosphere here are unrivaled and we had fun interacting with guests sailing by in their amphicars. 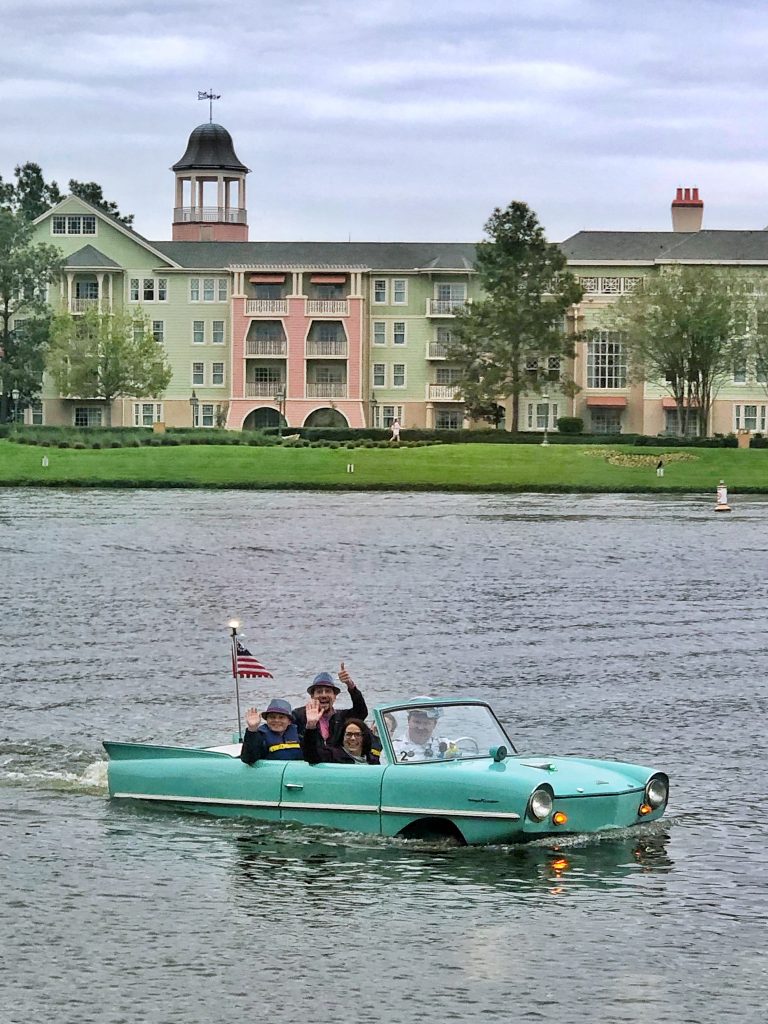 After being seated and informing our server that we were all three vegan, we were promptly paid a visit by the head chef to discuss our dinner options. Two entrees, one starter and a handful of sides could be modified vegan. We placed our order and decided on a few signature craft cocktails to start. 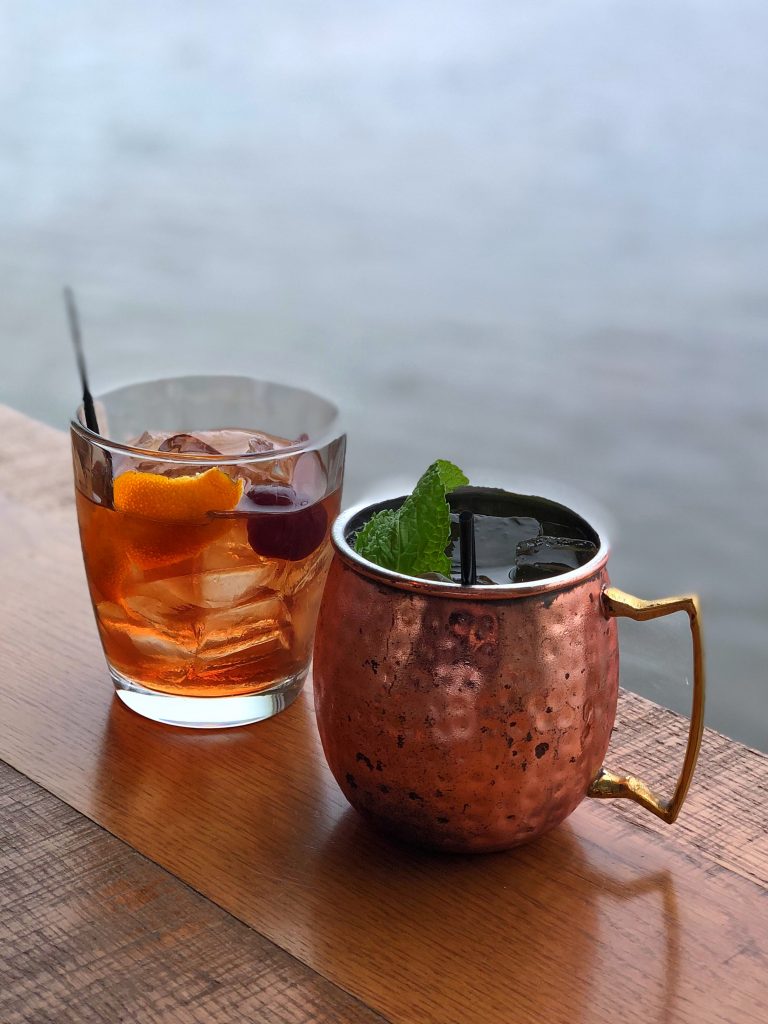 From left to right you have the Old Fashioned and the Gold Rush.

The Old Fashioned ($15) is made with Larceny Small Batch Bourbon, Grand Quina, angustora bitters and a splash of black cherry juice. The Gold Rush ($20) is served in a copper mug and is composed of West Cork Irish Whiskey, Fever Tree Ginger Beer and fresh lime.

We all agreed that the Gold Rush was the winner of the two.

On a previous visit I’ve ordered the Captain Hansome ($16) which was made with Cathead vodka, fresh raspberries, Framboise and thyme. 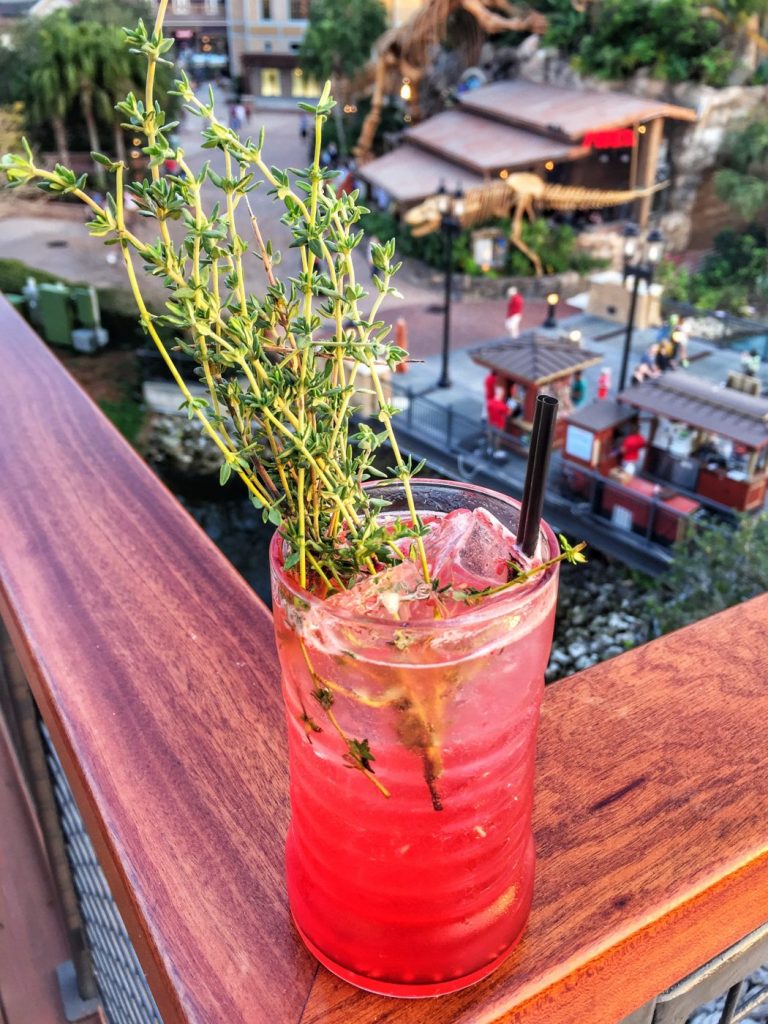 Our favorite item of the evening was the modified Lobster Guacamole which is prepared table side and will serve four. 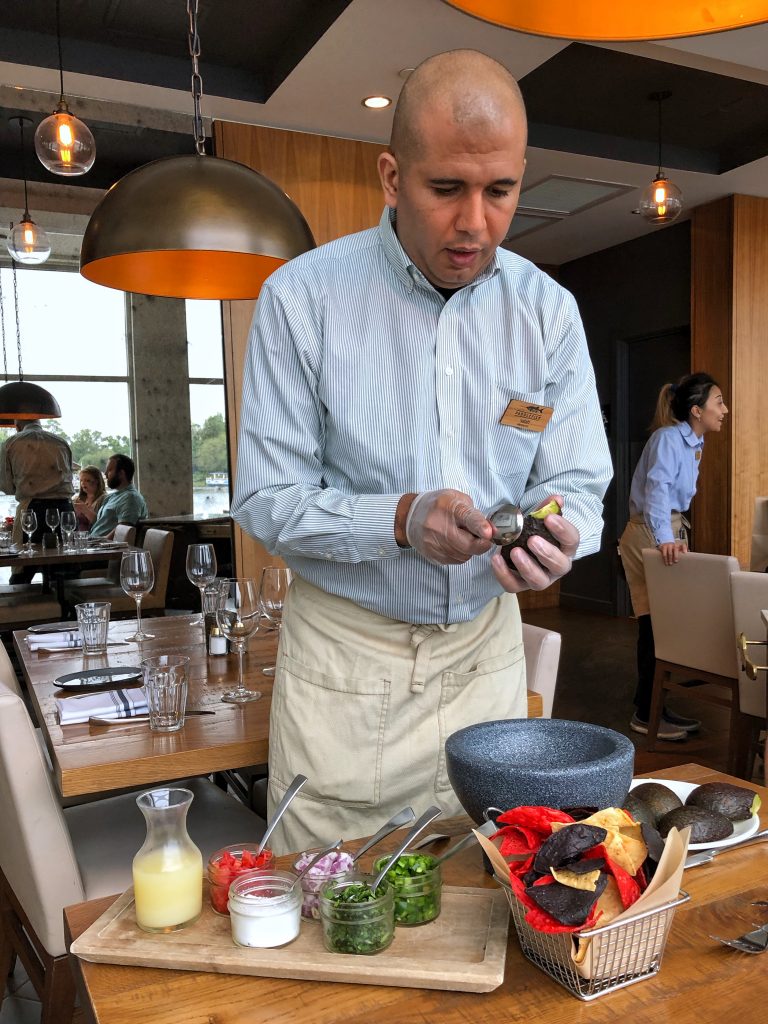 We obviously omitted the lobster and asked to have all the other accoutrements added in. These included: seeded jalapeños, cilantro, finely diced red onion, tomato, sea salt and freshly squeezed lime juice. 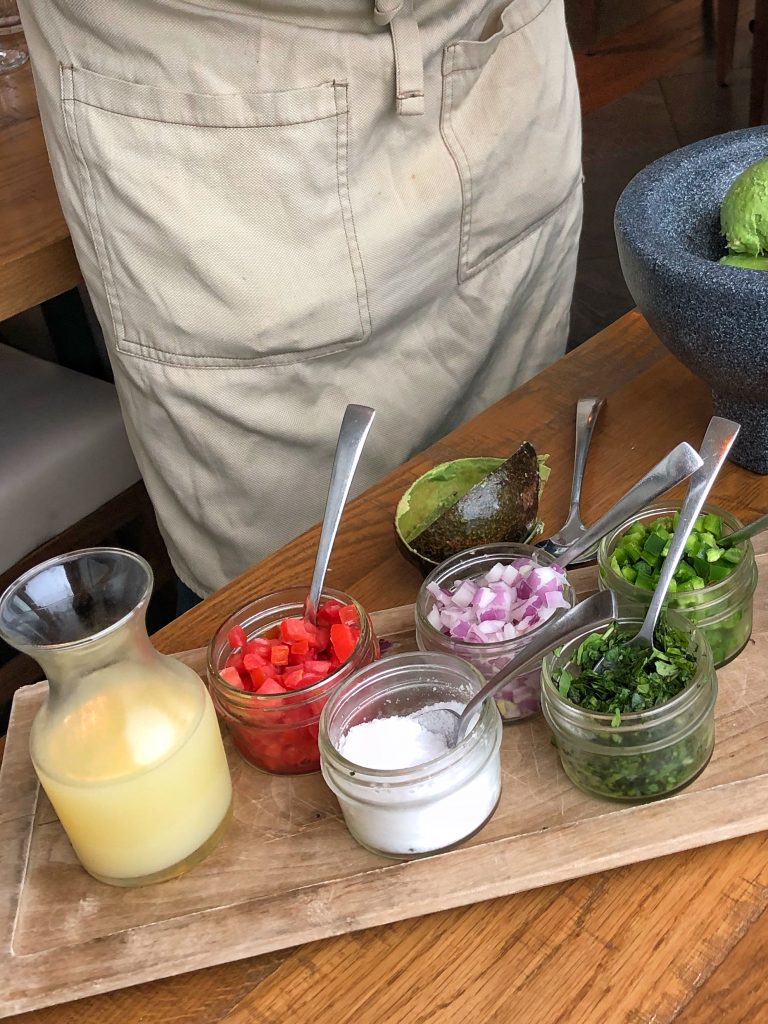 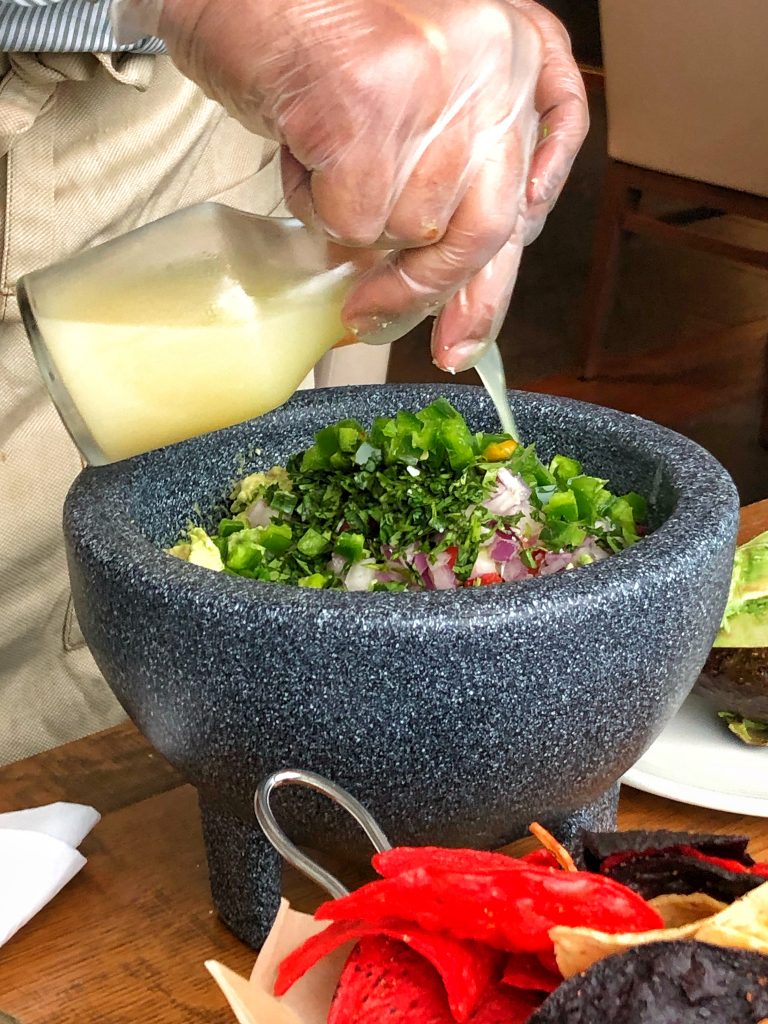 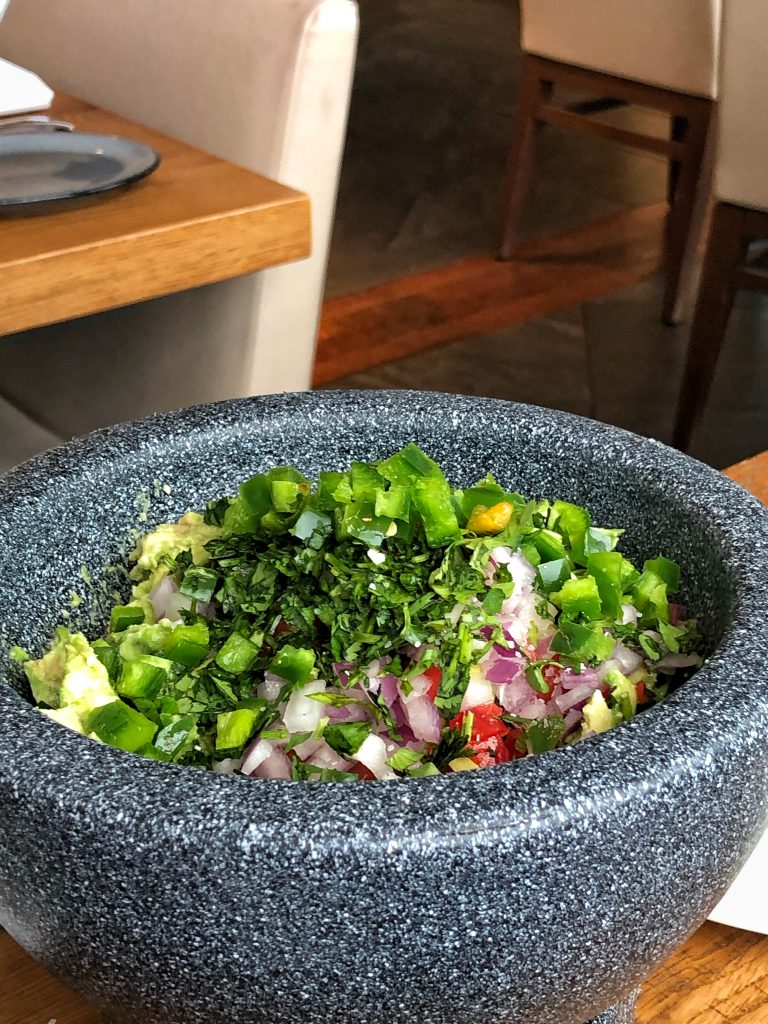 The Tableside Lobster Guacamole is priced at $36. Because we opted out of the lobster our price was $15.00 which we felt was a phenomenal value for the amount of guac we received. We were also provided with an additional basket of crispy, warm tri-colored tortilla chips. 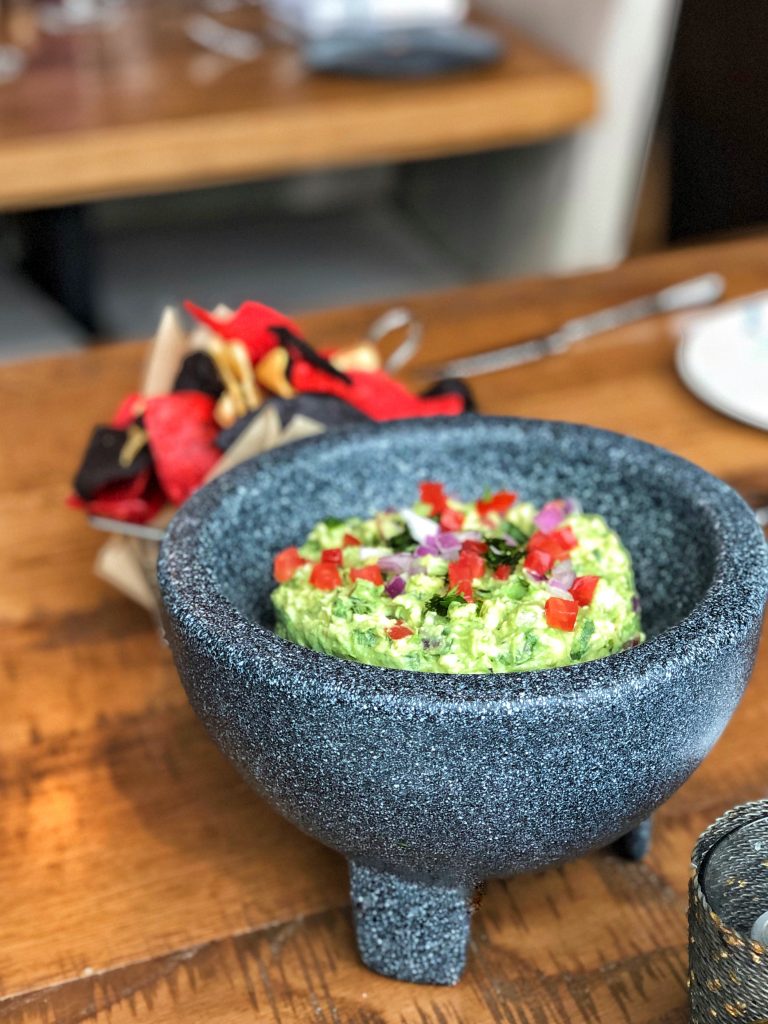 They’re literally aren’t enough superlatives to describe this guacamole. It was creamy with just the right amount of texture and additional flavor. 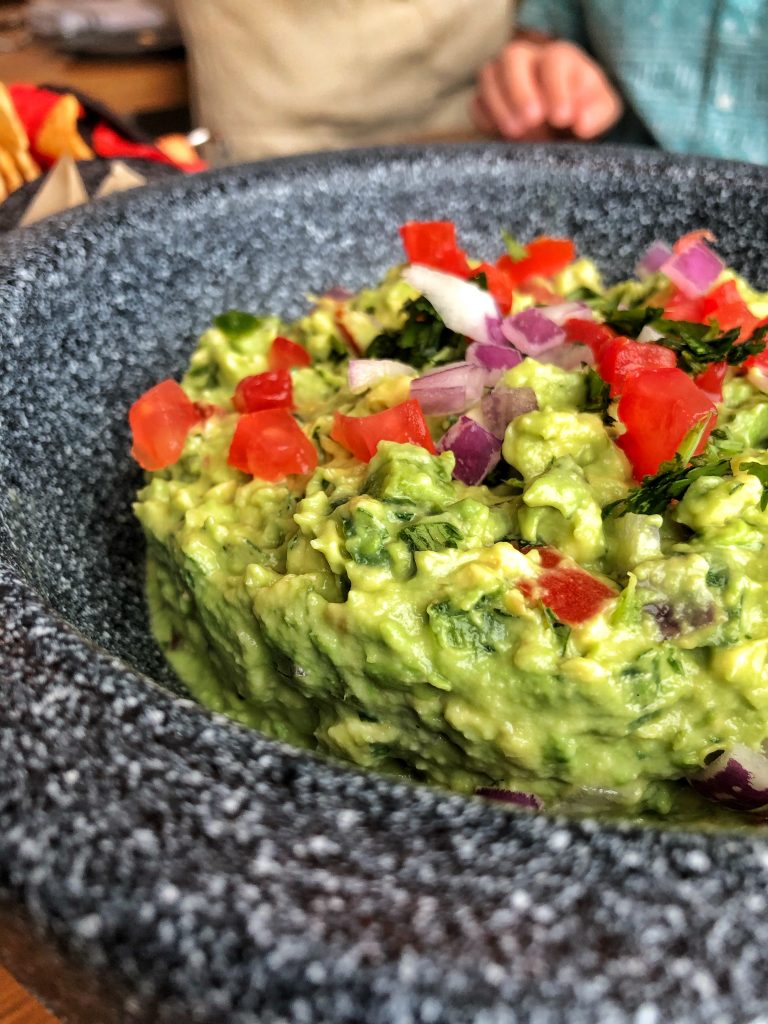 Next up were our entrees. You’re not going to find any vegan meat or cheese alternatives when dining here. Paddlefish is serving up freshly made whole food, plant-based fare.

There were two entree options for us to choose from.

First up is the Vegetarian Pasta ($18). We double checked to make sure the noodles were in fact egg-free. For this dish, linguine is tossed with olive oil, fresh garlic and market vegetables which included asparagus, yellow squash, zucchini, red bell peppers and mushrooms. 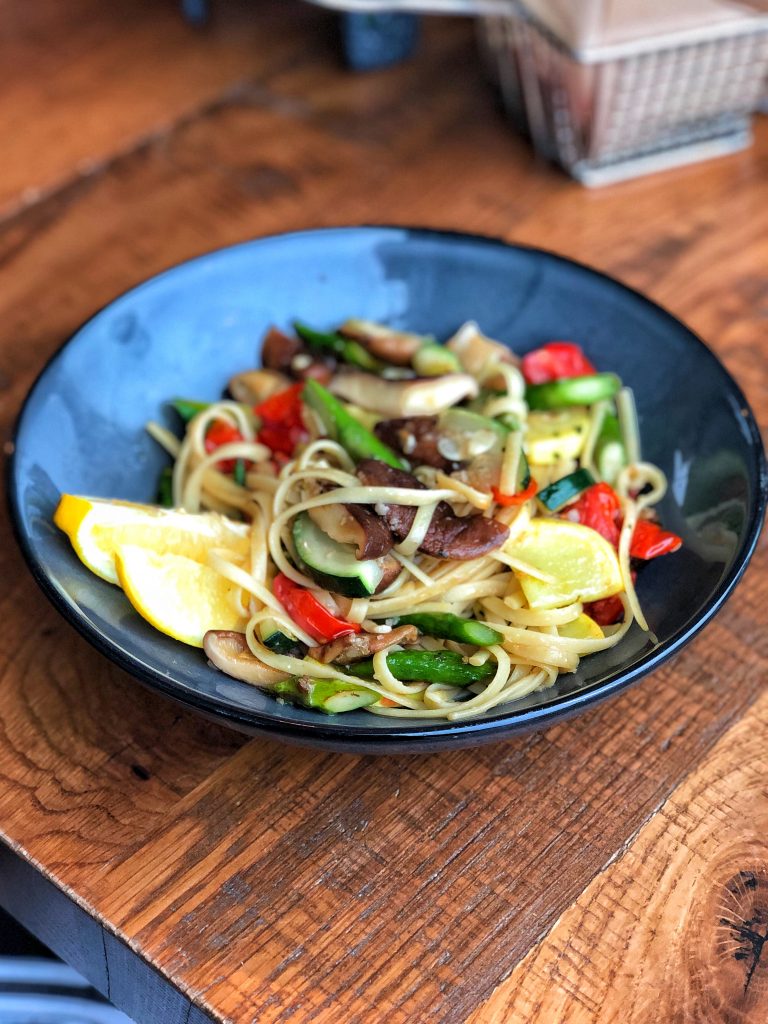 The bowl was garnished with two lemon wedges which added a nice acidity. 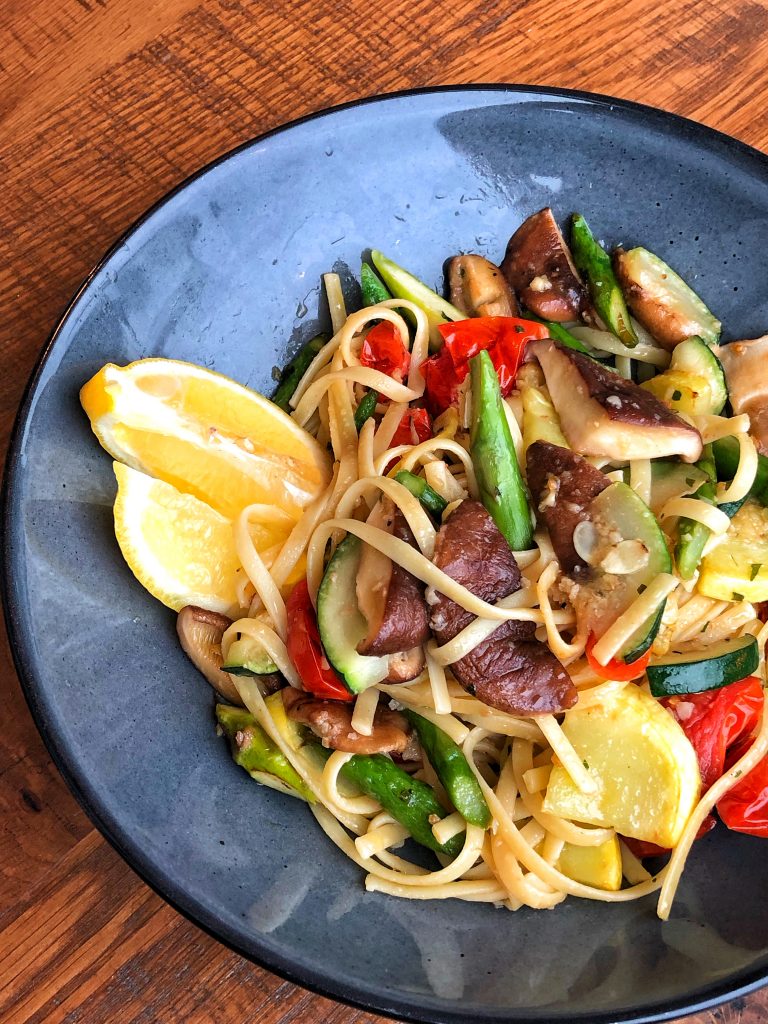 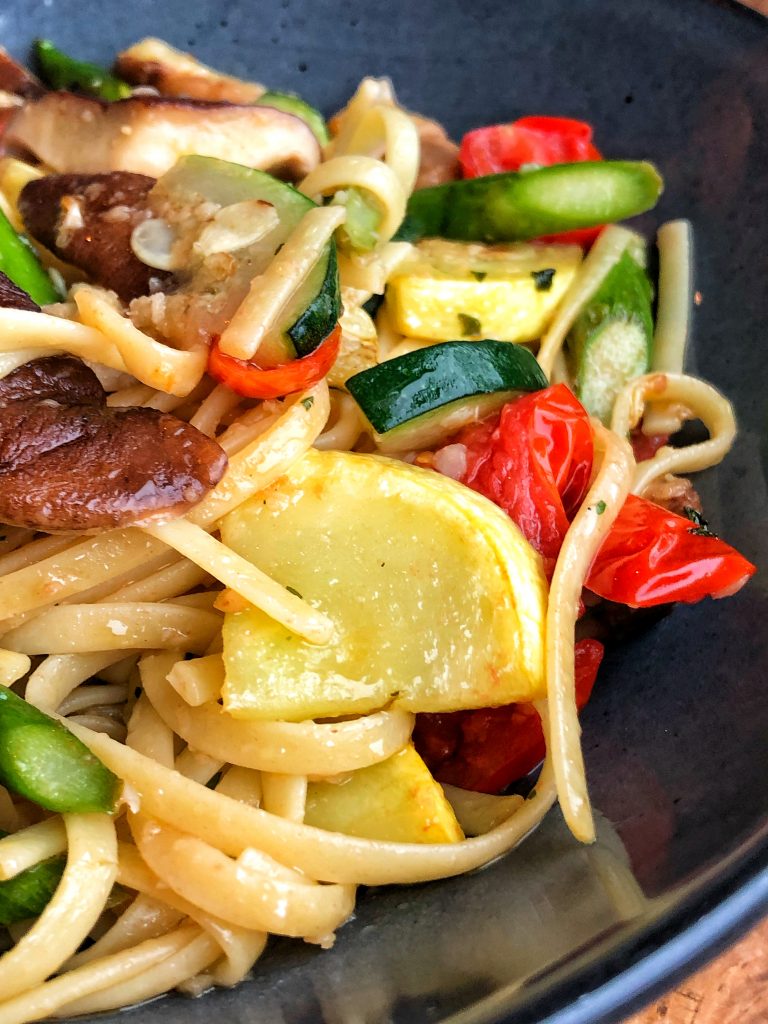 Next up is the modified Salmon ($34). I omitted the salmon and was served the couscous with Spring vegetables which included grape tomatoes, asparagus, zucchini and yellow squash garnished with lemon wedges. 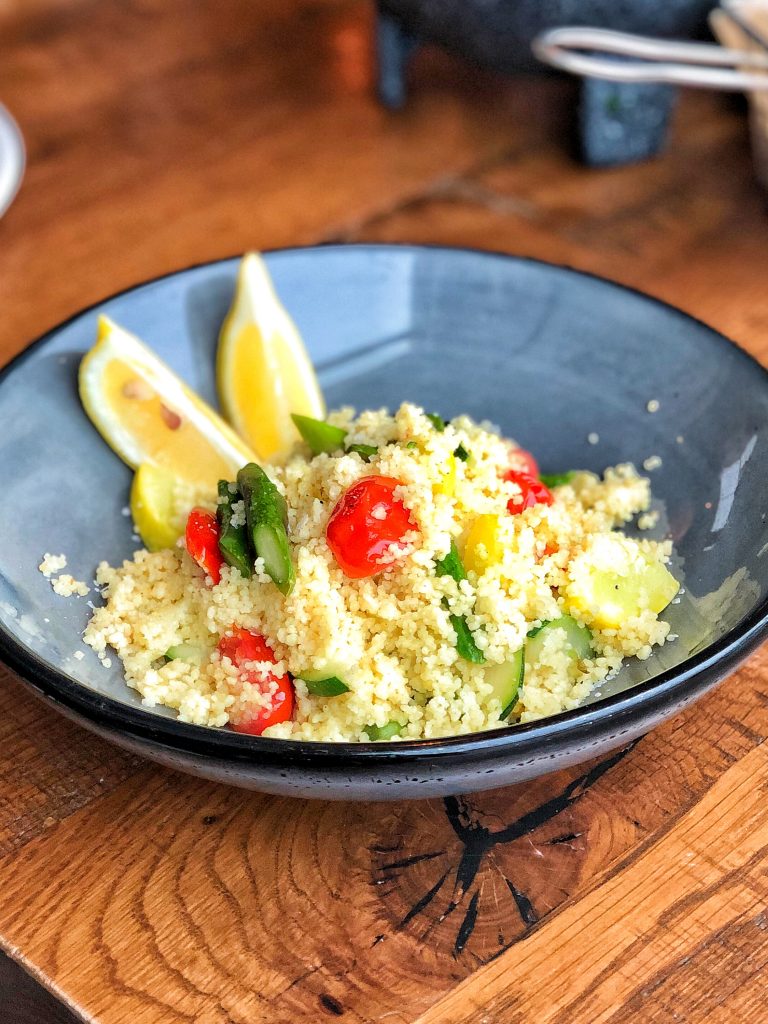 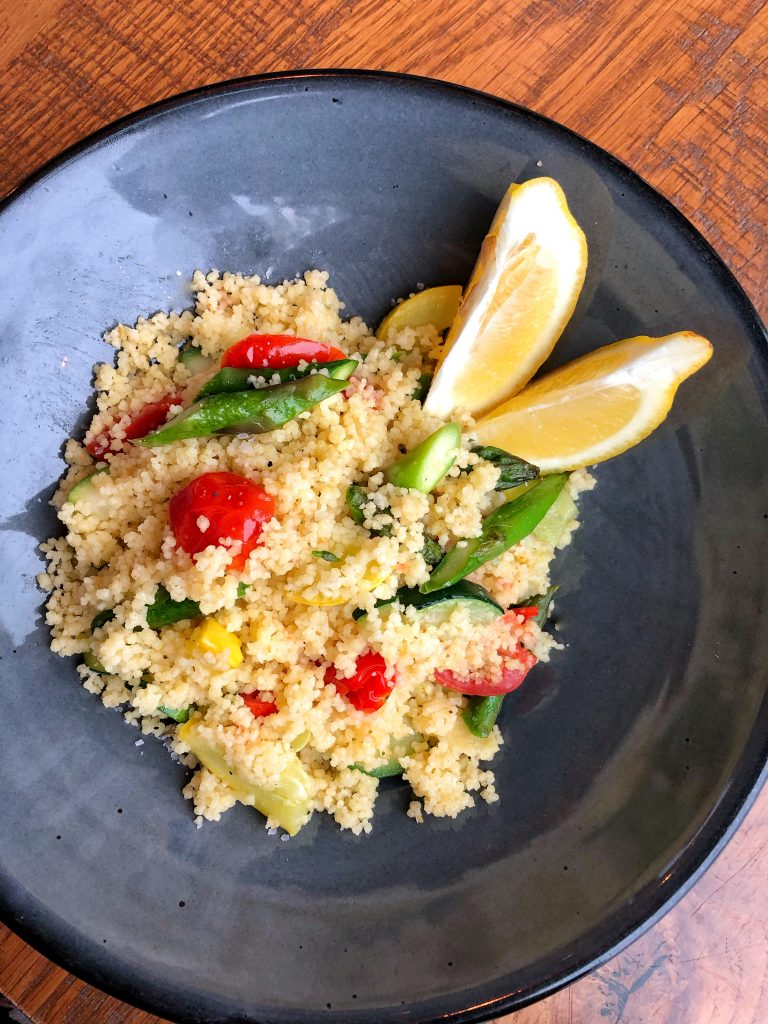 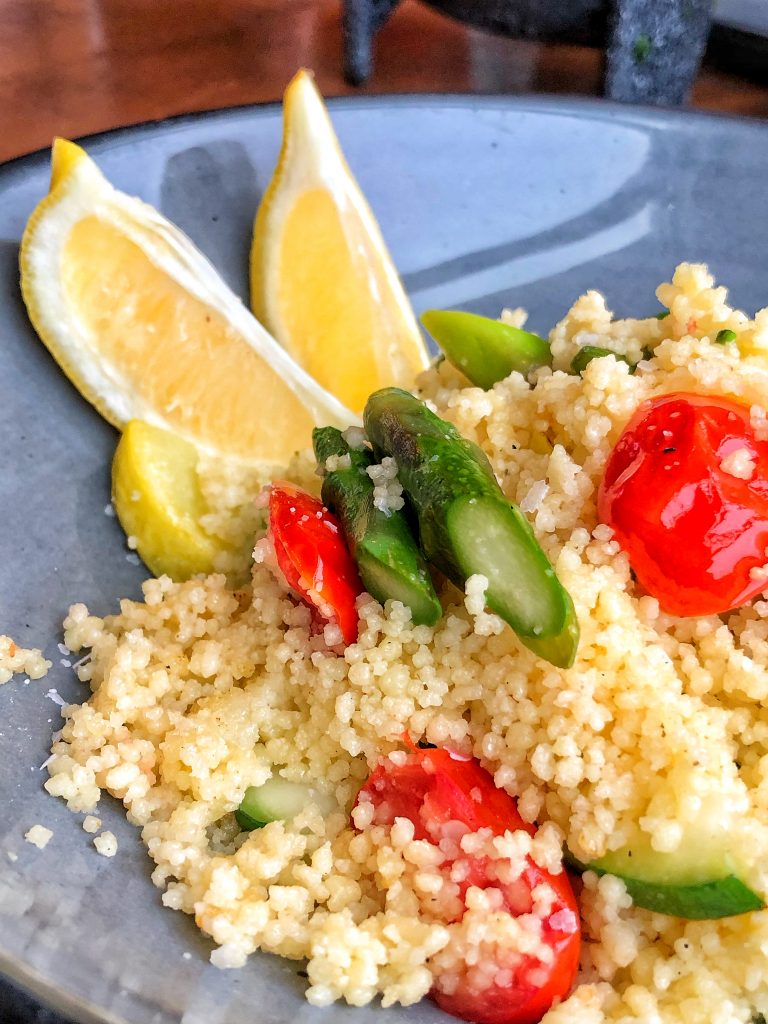 Given the choice between the two entrees I would definitely recommend opting for the pasta on price alone. Both dishes were comparable in size and flavor but the pasta was $18 compared to $34 for the couscous. My receipt reflected that the couscous dish was rung up as “salmon” which was then modified, but unlike that amazing guacamole we started with, the omission of protein did not reduce the price. 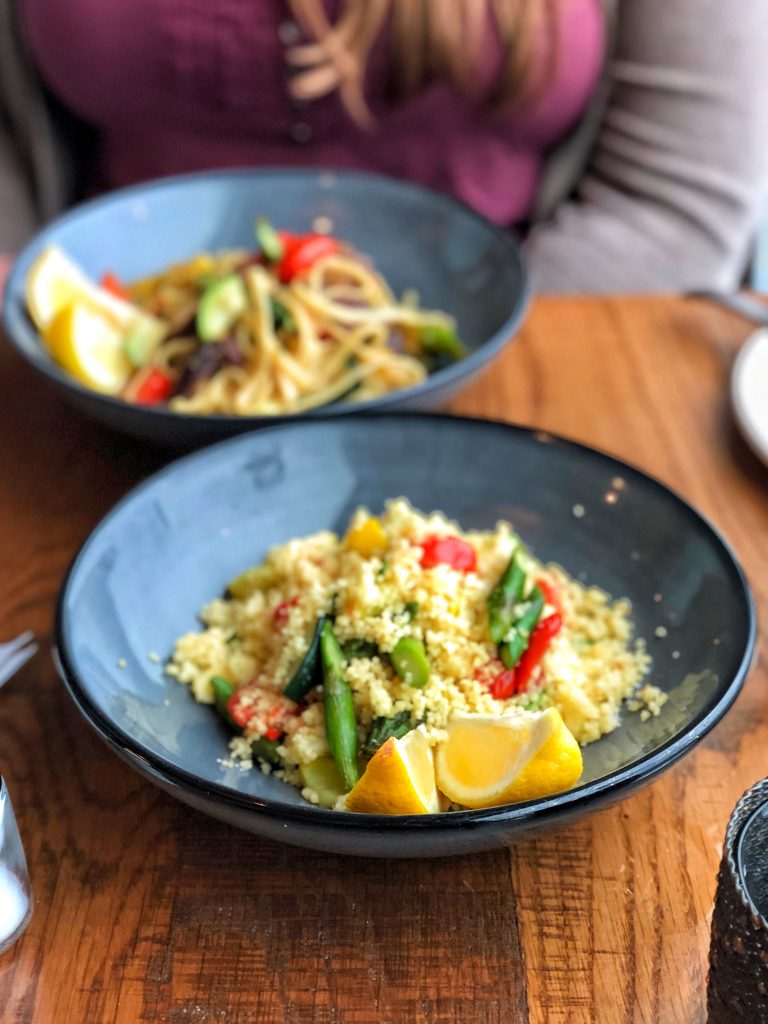 Overall we enjoyed our dining experience at Paddlefish. The chef was gracious in working with our dietary preferences and the service was fantastic. We especially loved the atmosphere and the views from our window seat. I’d highly recommend making an Advanced Dining Reservation at the start of dinner service to snag one of the coveted tables by the window.

If you’d like to go for cocktails and guac might I suggest scheduling a visit on Friday or Saturday night where from 9:00 p.m. to midnight there’s a rooftop deck party with live music.

Special thanks to Paddlefish for hosting me and my guests for dinner. We were provided with a substantial discount for the purpose of this review. As always, all opinions are my own.

WANT TO REMEMBER THIS OPTION? Save the “Vegan Disney Food Review: Dinner at Paddlefish in Disney Springs” pin to your favorite Pinterest board. 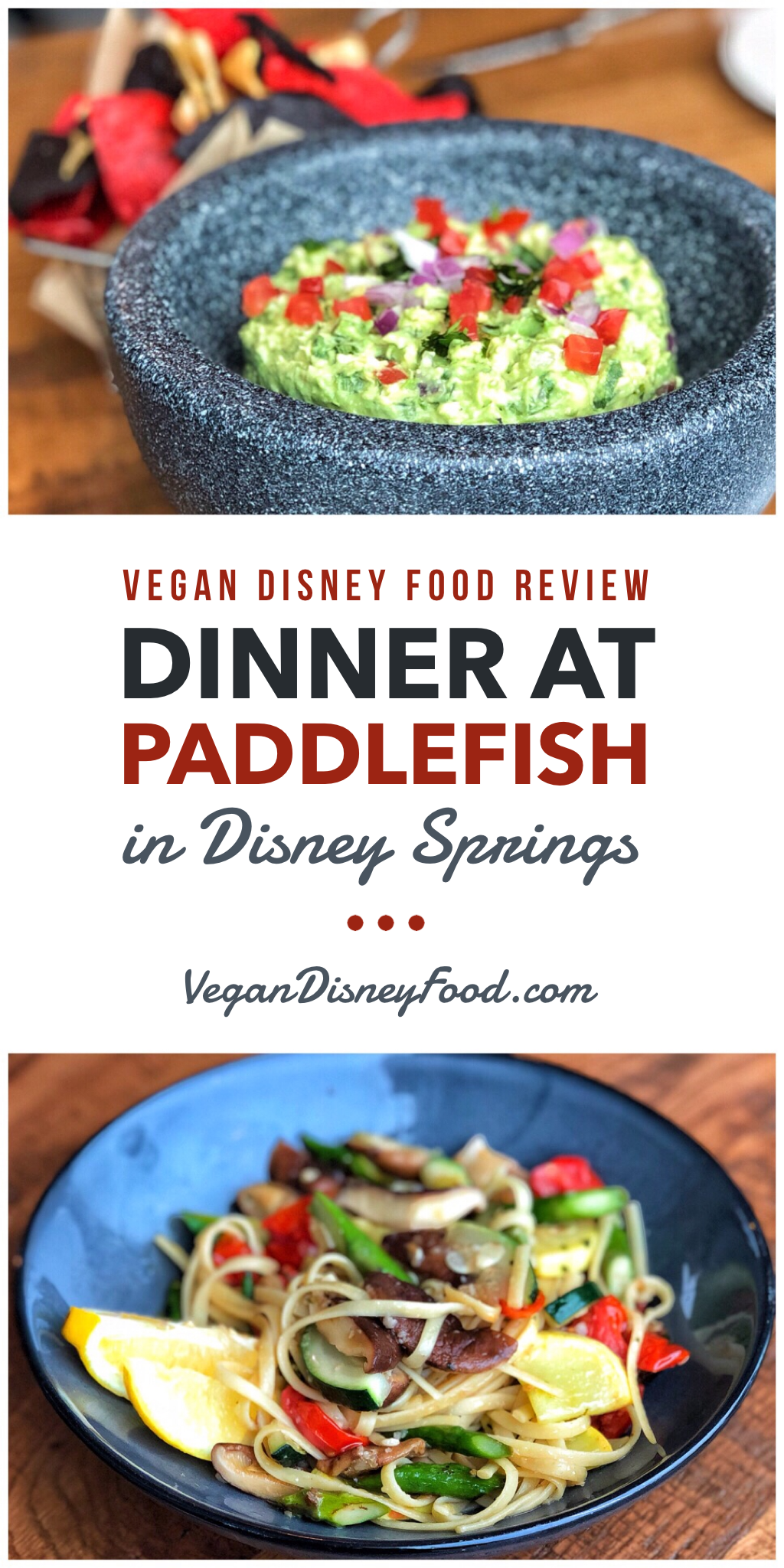