Check out these off-menu vegan Garlic Knots that were served at Trattoria al Forno on the Boardwalk at Walt Disney World!

My girlfriend @cariselynee had a chef whip these up for her at Trattoria al Forno on the Walt Disney World Boardwalk.

They are off-menu Vegan Garlic Knots. 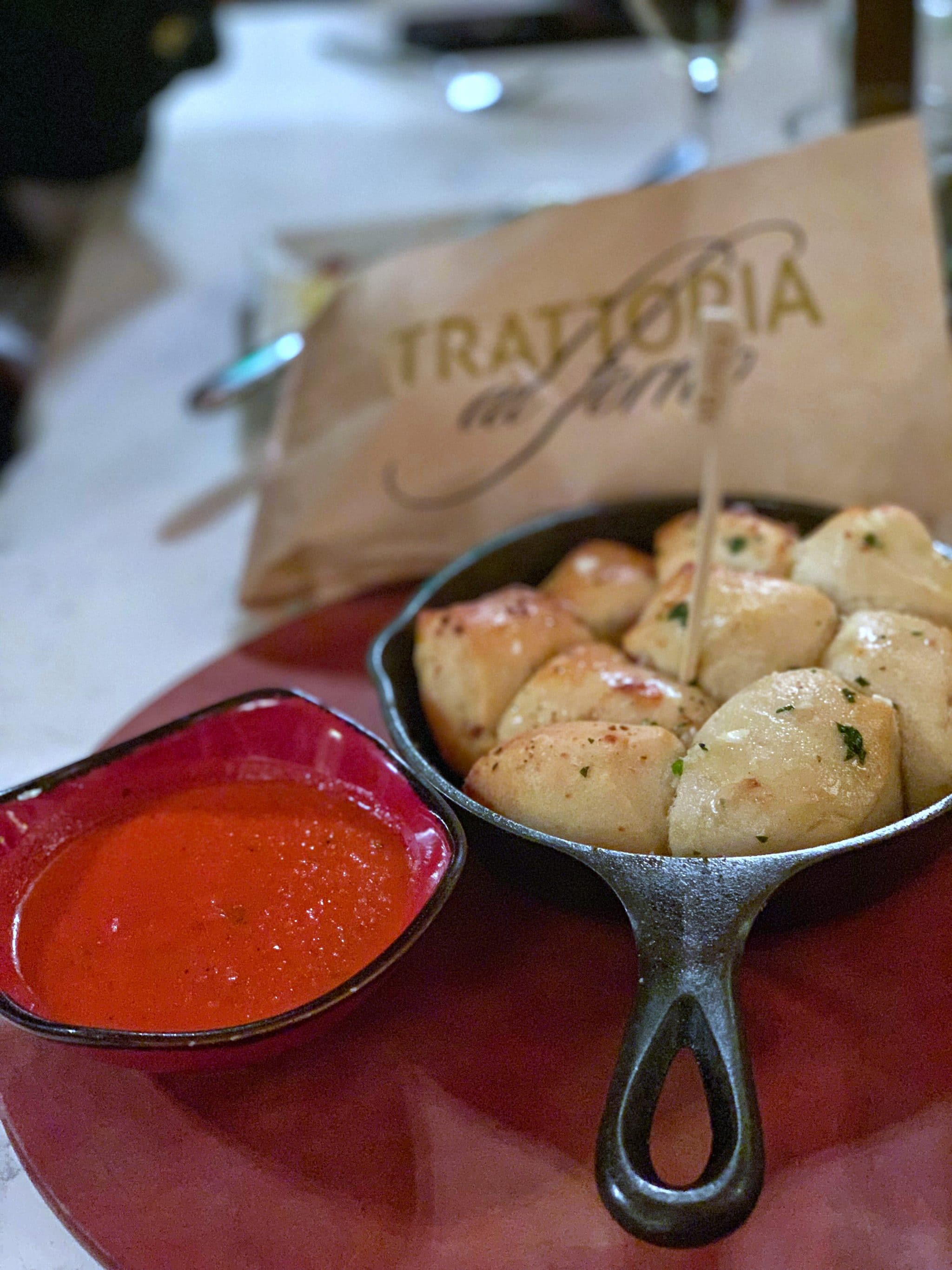 Balls of dough are baked in a cast iron skillet and then brushed with vegan garlic butter and fresh herbs.

The skillet comes with a side of marinara sauce for dipping.

We love it when the chefs take the time to create something unique for folks with certain dietary preferences that’s not listed on the regular menu. It creates such surprise and delight moments and really allows the chefs show their own individual creativity in the kitchen.

Trattoria al Forno, being on the Disney BoardWalk, is easily accessible from Disney’s Hollywood Studios as well as Epcot and can be reached via a quick walk around Crescent Lake or by ferry.

WANT TO REMEMBER THIS OPTION? Save the “Vegan Garlic Knots at Trattoria al Forno on the Disney World BoardWalk” pin to your favorite Pinterest board. 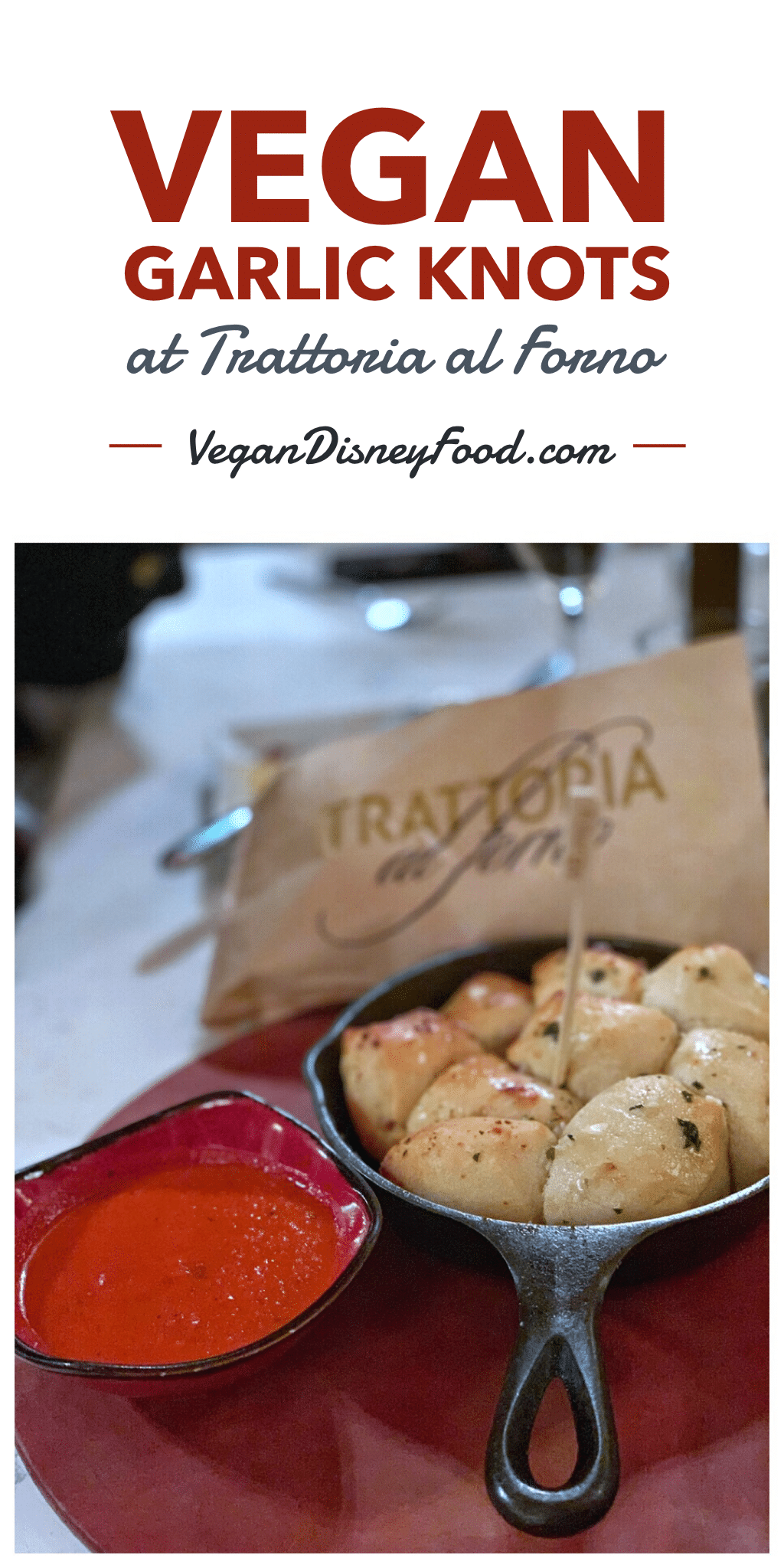