September marks Visit Orlando’s Magical Dining month. Which left us wondering? Is there a vegan Orlando Magical Dining option at Walt Disney World and where can we find it? 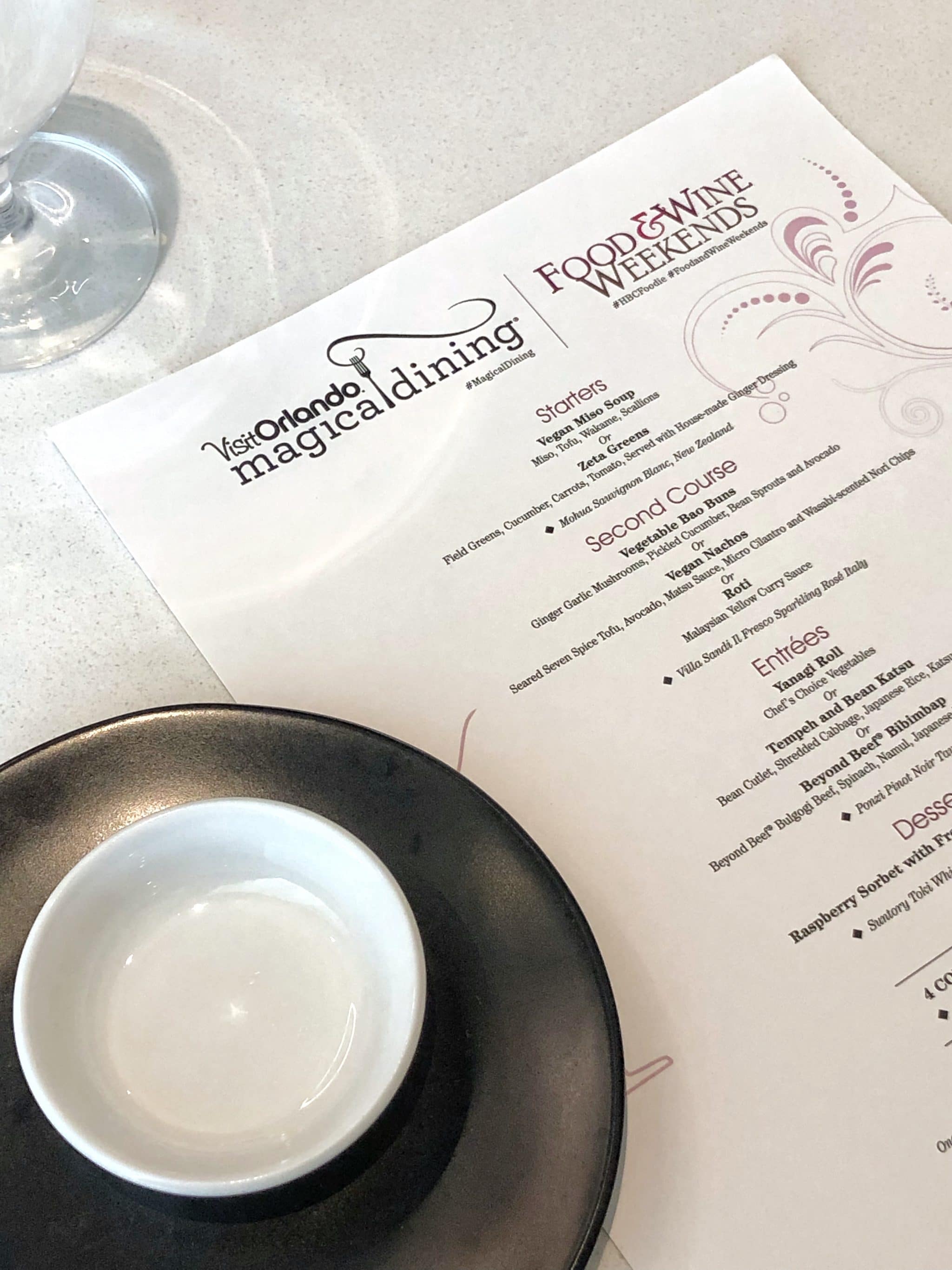 What is Orlando’s Magical Dining month?

If you’re not from around these parts you may be scratching your head wondering what in the world is magical dining? Sounds like something Disney invented but in fact it is something that Visit Orlando started fourteen years ago to entice locals and visitors alike into trying out new restaurants in different areas of town.

The draw is that you’re able to indulge in a three-course, prix-fixe dinner for only $35.

The Hilton Bonnet Creek is surpassing this offering with a $35 vegan four-course dinner at its signature restaurant Zeta Asia.

Where is the Hilton Bonnet Creek? 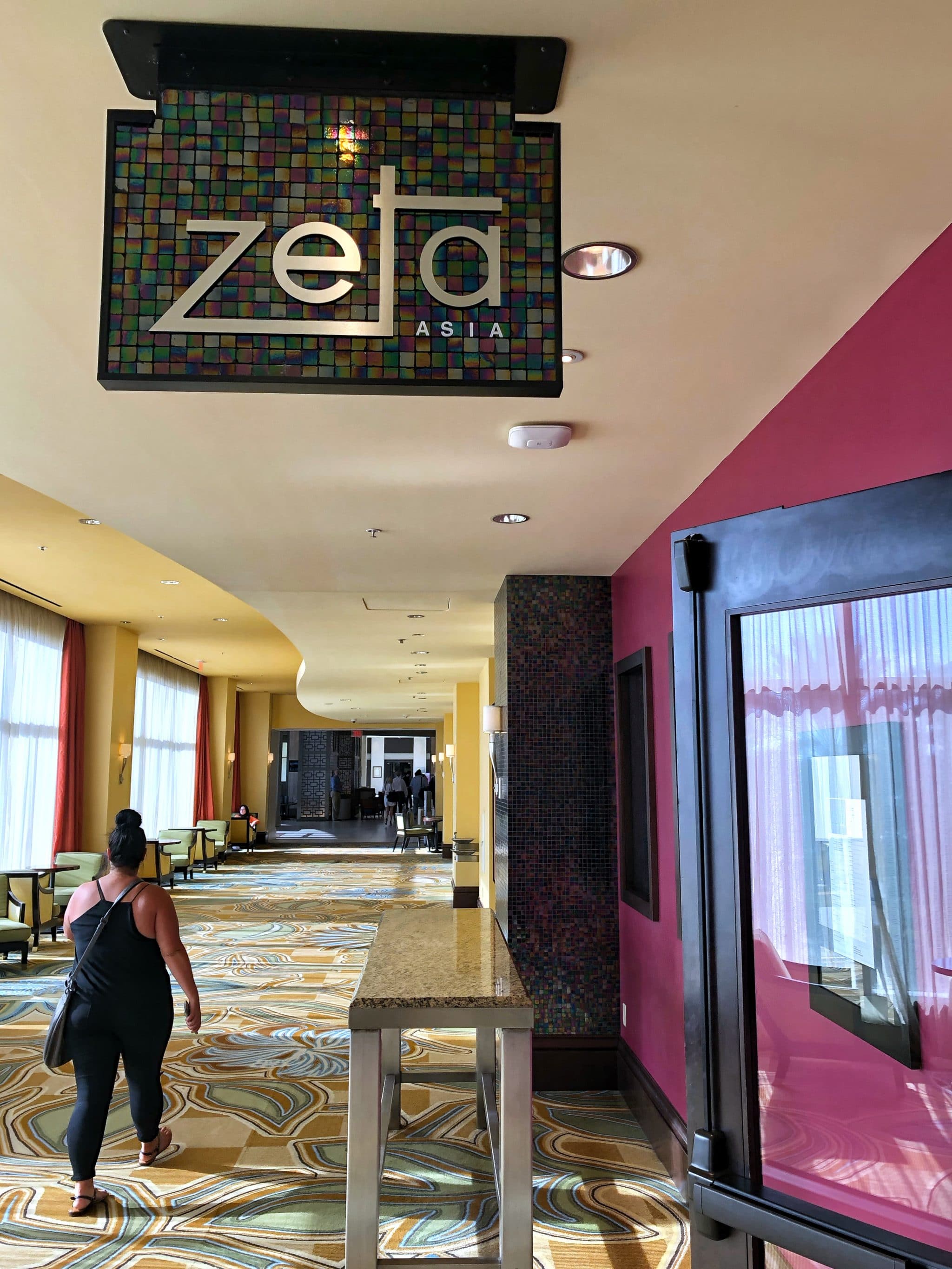 The Zeta Asia restaurant is located inside of the Hilton and the resort can be accessed via bus from any Walt Disney World theme park or Disney Springs. Uber and Lyft are also an option and if you’re driving your own vehicle you may use the hotel’s parking garage. Just remember to get your parking ticket validated. 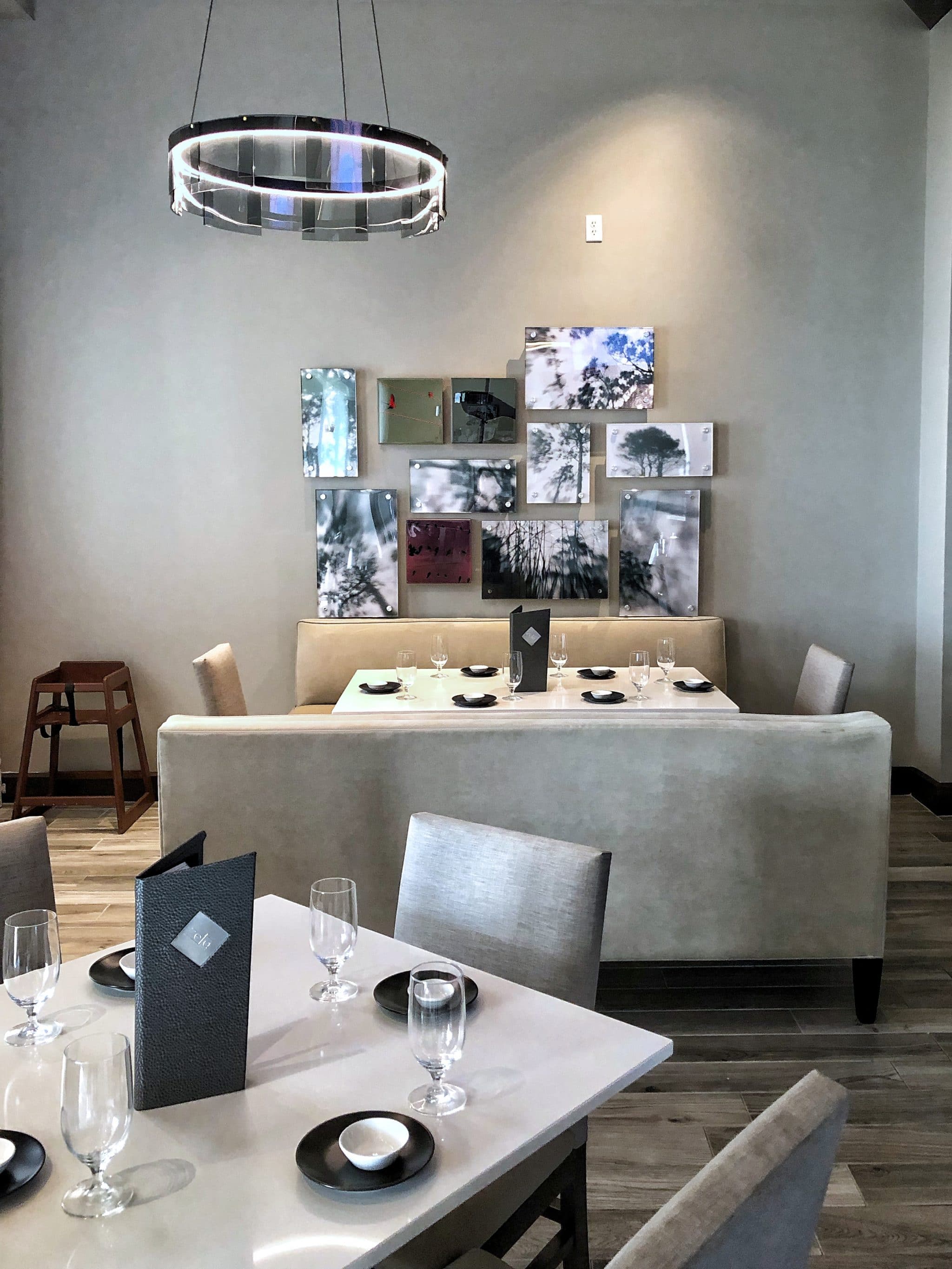 On to the food shall we?

I was dining with my girlfriend ZannaLand so we were able to try almost everything on the menu.

For “Starters” we had the Vegan Miso Soup with miso, tofu, wakame and scallions. 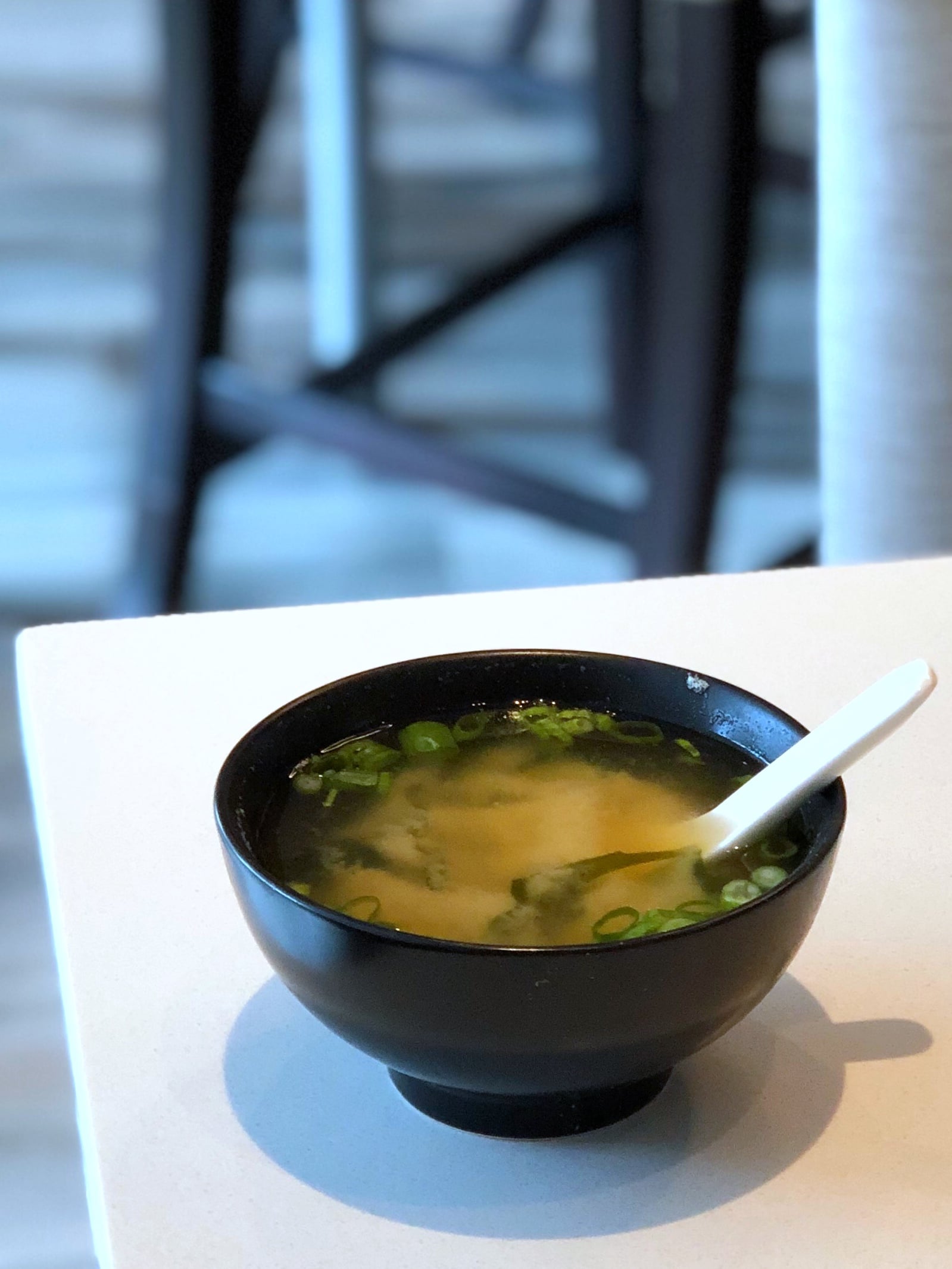 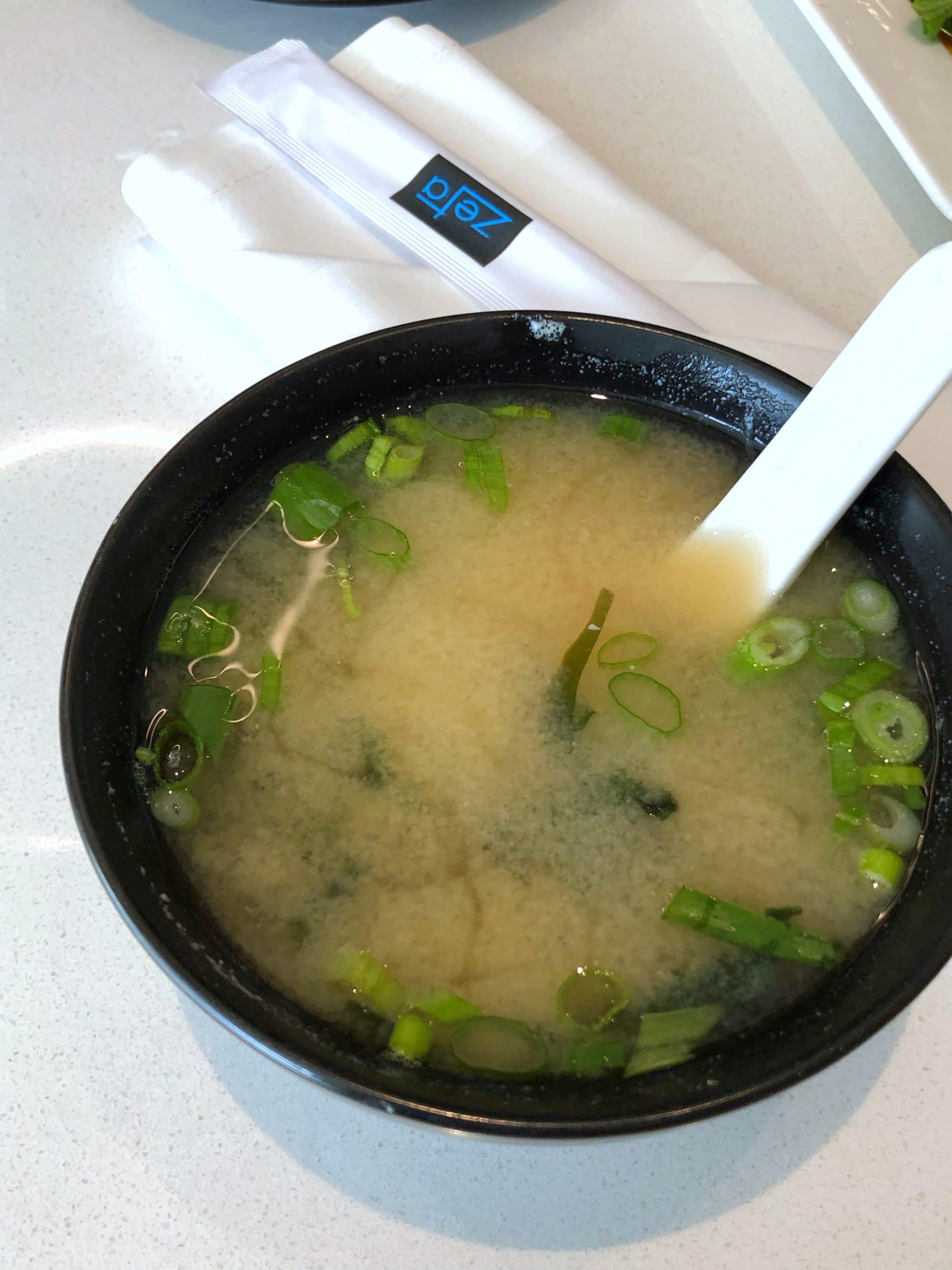 The other option was the Zeta Greens Salad with field greens, cucumber, carrots, and tomato served with a house-made ginger dressing. 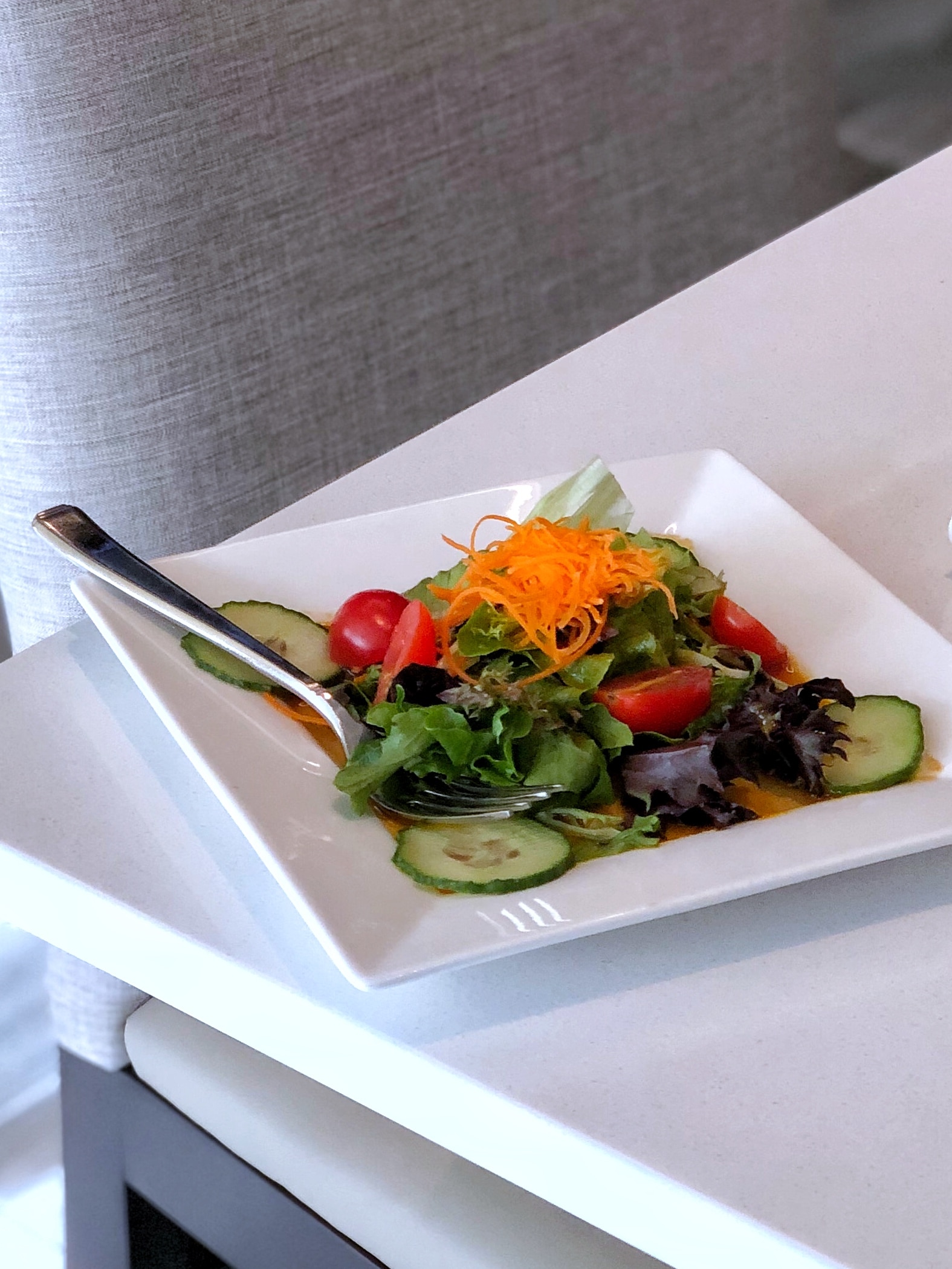 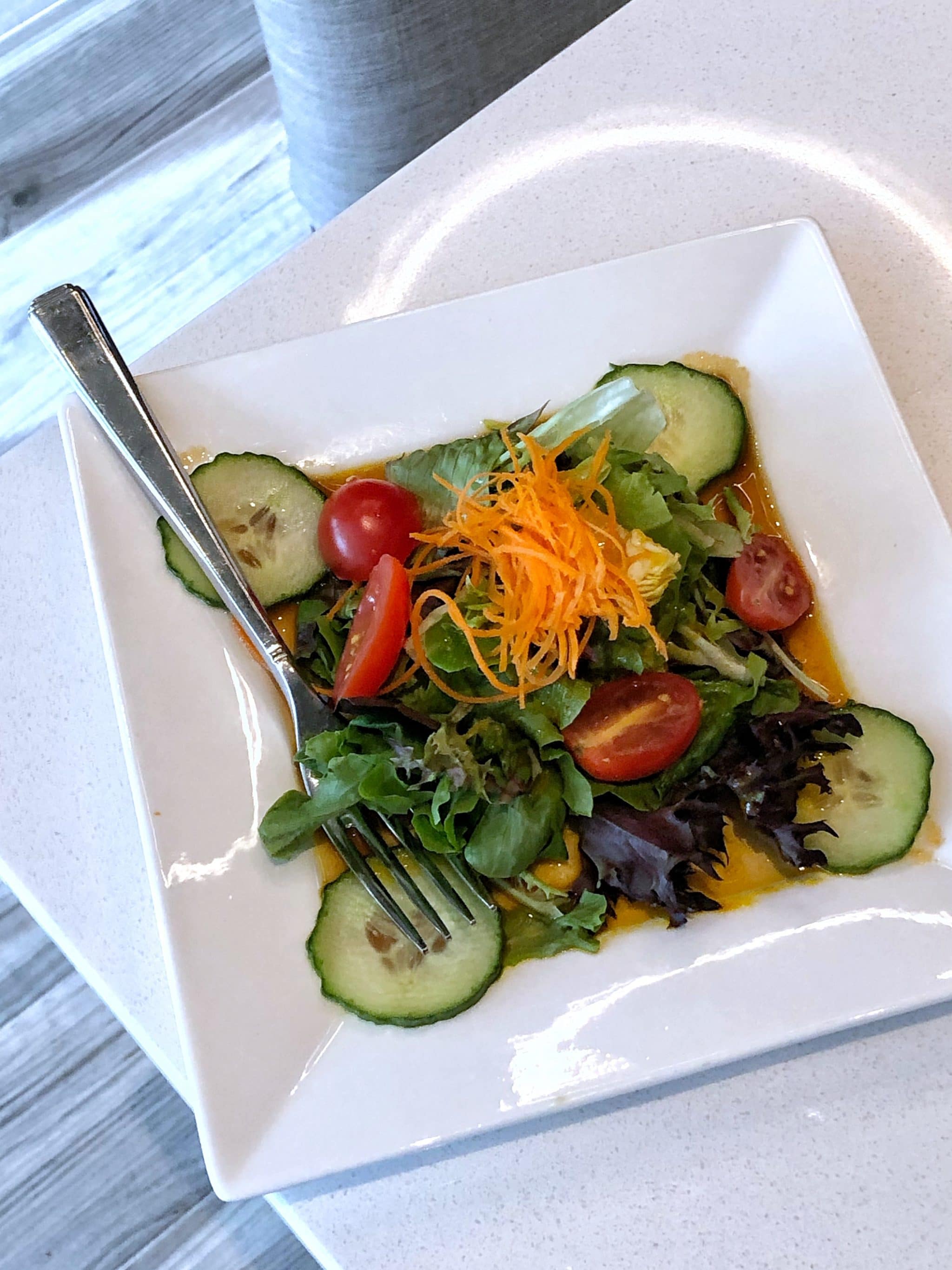 For our second course we needed to pick two of the three options offered. We went with the Vegetable Bao Buns with ginger garlic mushrooms, pickled cucumber, bean sprouts and avocado. These were AMAZING! 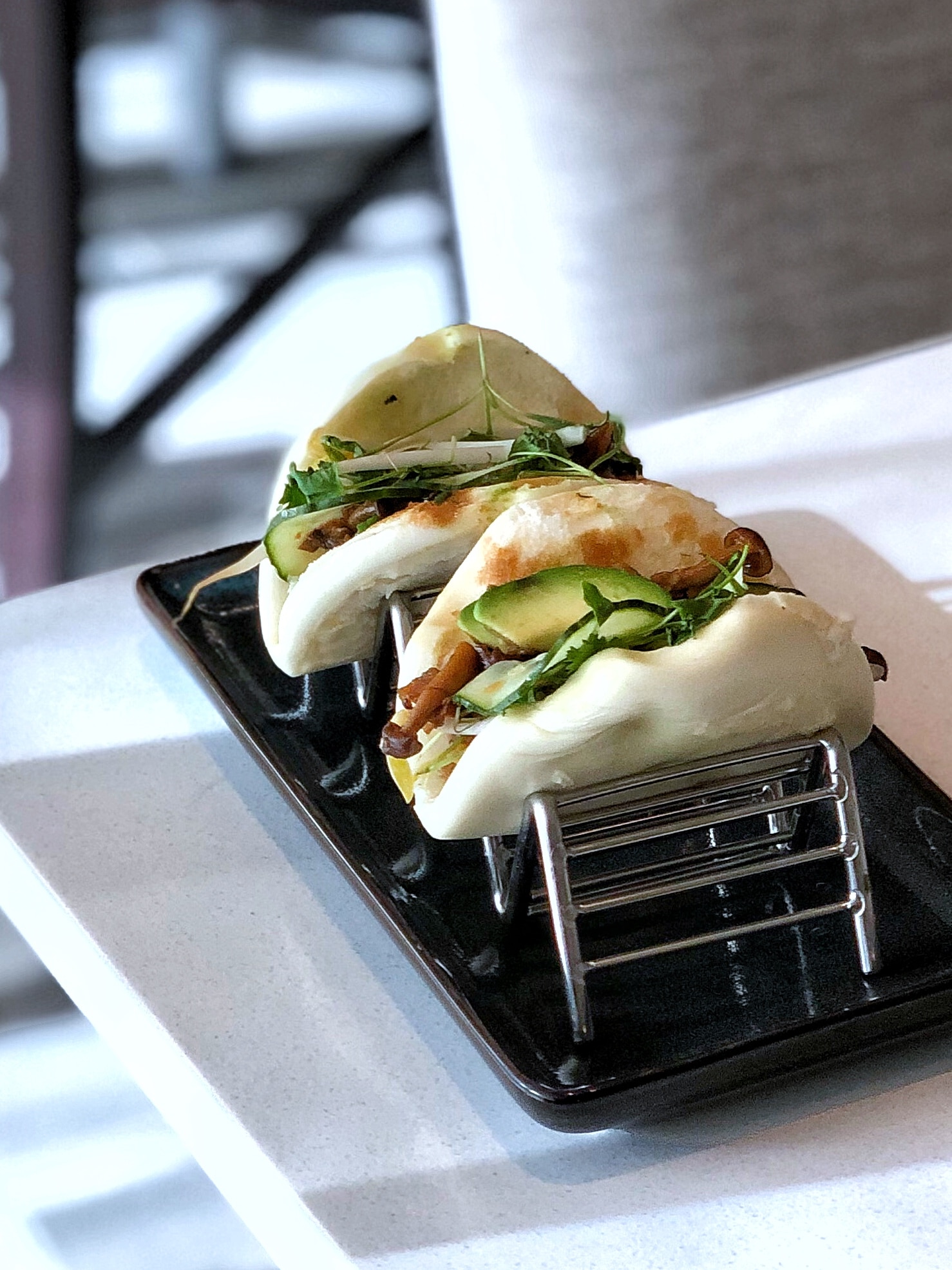 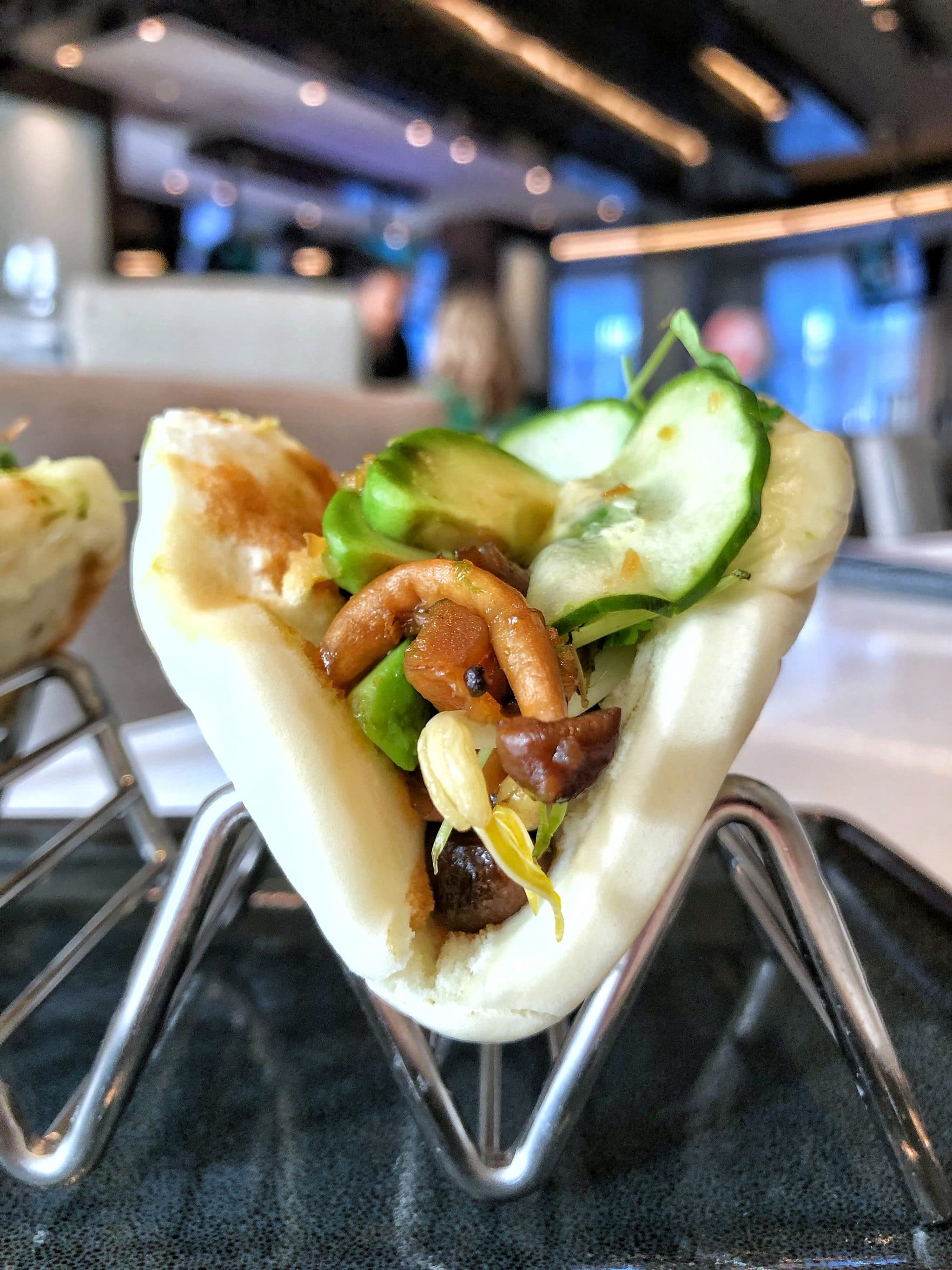 And also the Vegan Nachos which start with a base of wasabi-scented nori chips that are topped with seared seven spice tofu, avocado, matsu sauce and micro cilantro. 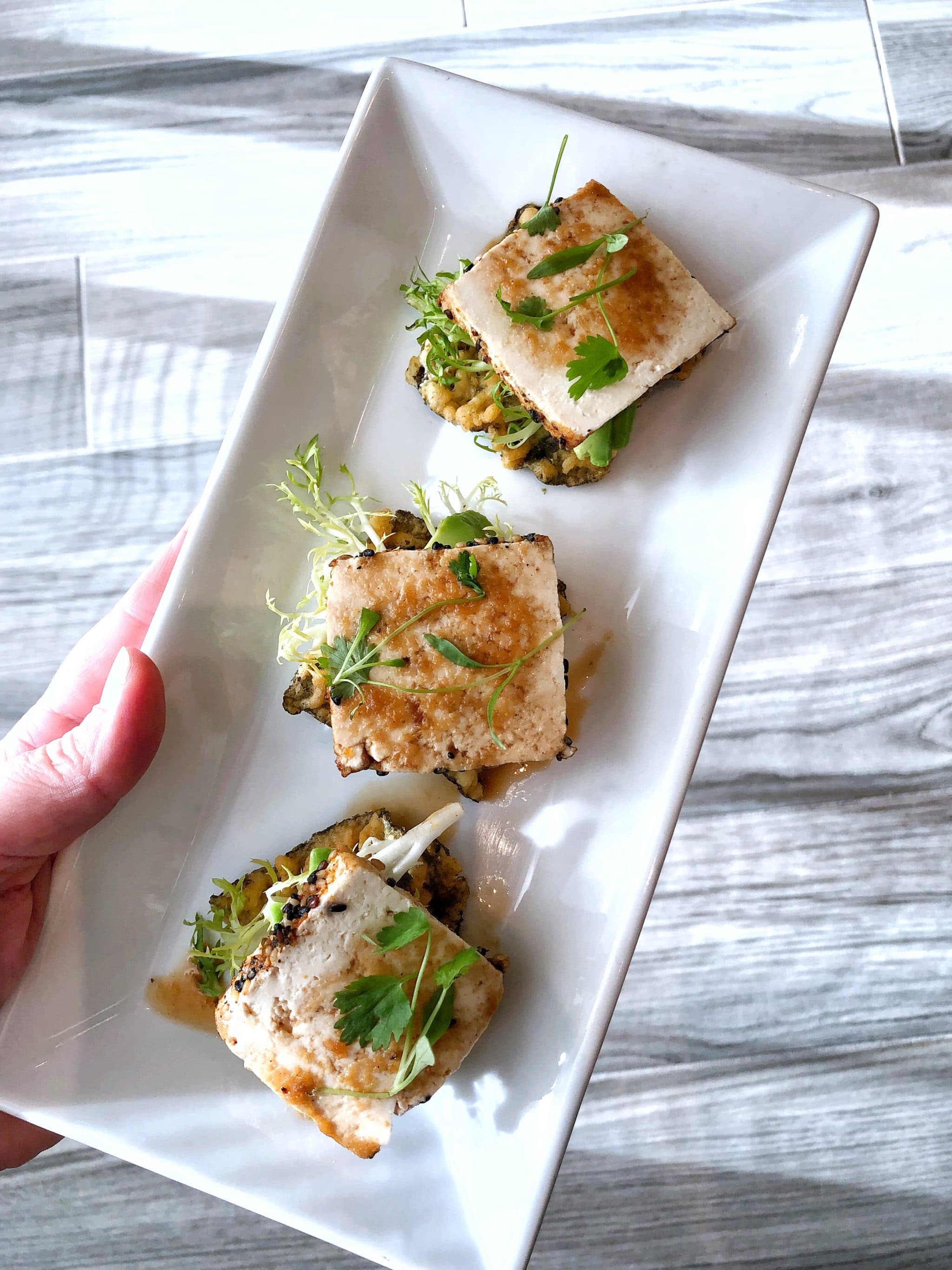 The third option was Roti with Malaysian yellow curry sauce.

Then it was on to our entrees, of which there were three options.

This is the Beyond Beef Bibimbap. The dish is actually made with Impossible “meat” instead of Beyond bulgogi “beef’ along with spinach, namul, cucumbers, bean sprouts, carrots, mushrooms and Japanese rice with a gochujang sauce.

Such a flavor bomb! I was sad when the bowl was empty. 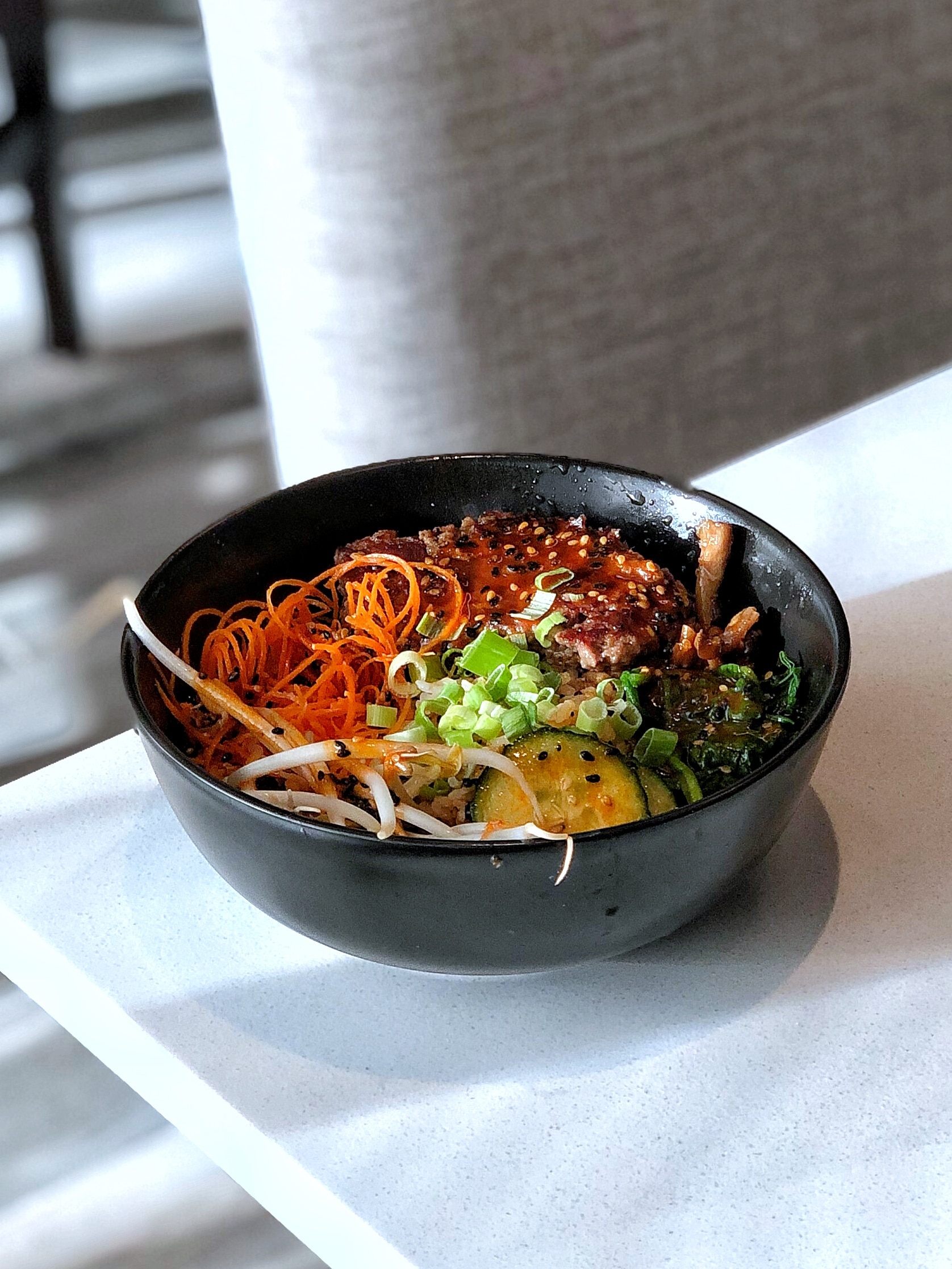 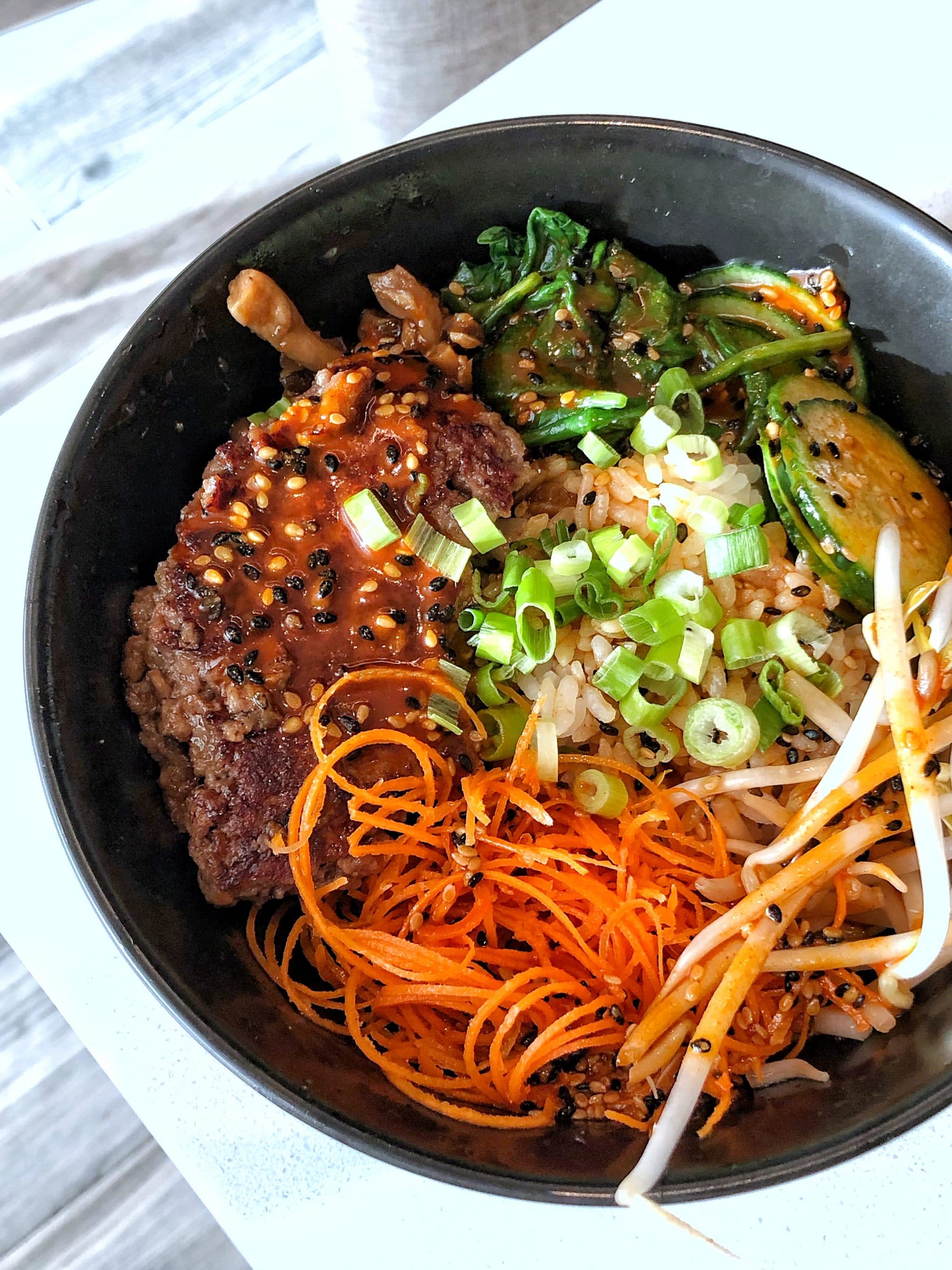 We also tried the Tempeh and Bean Katsu which was composed of a bean cutlet, shredded cabbage and Japanese rice with a katsu sauce. 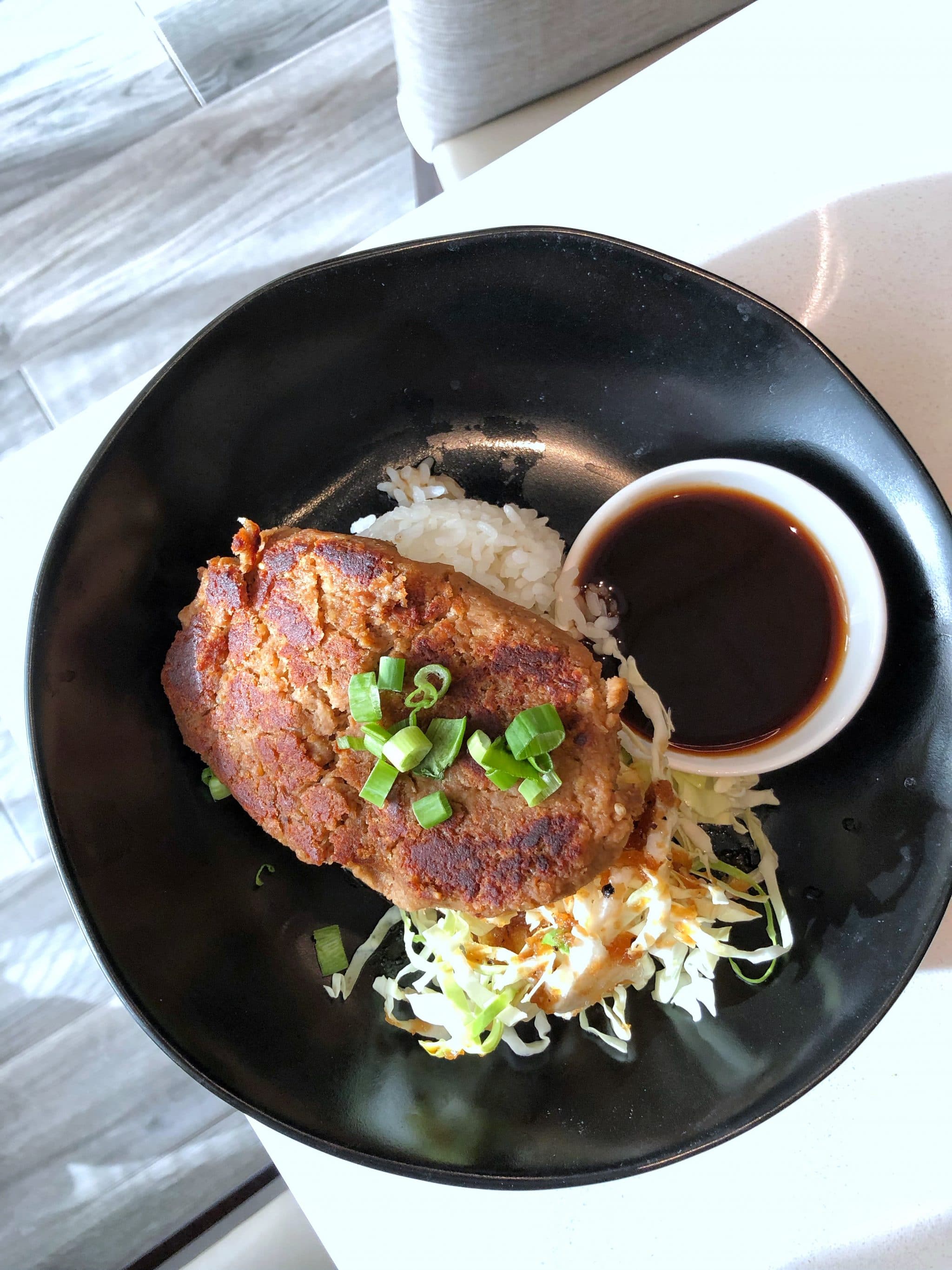 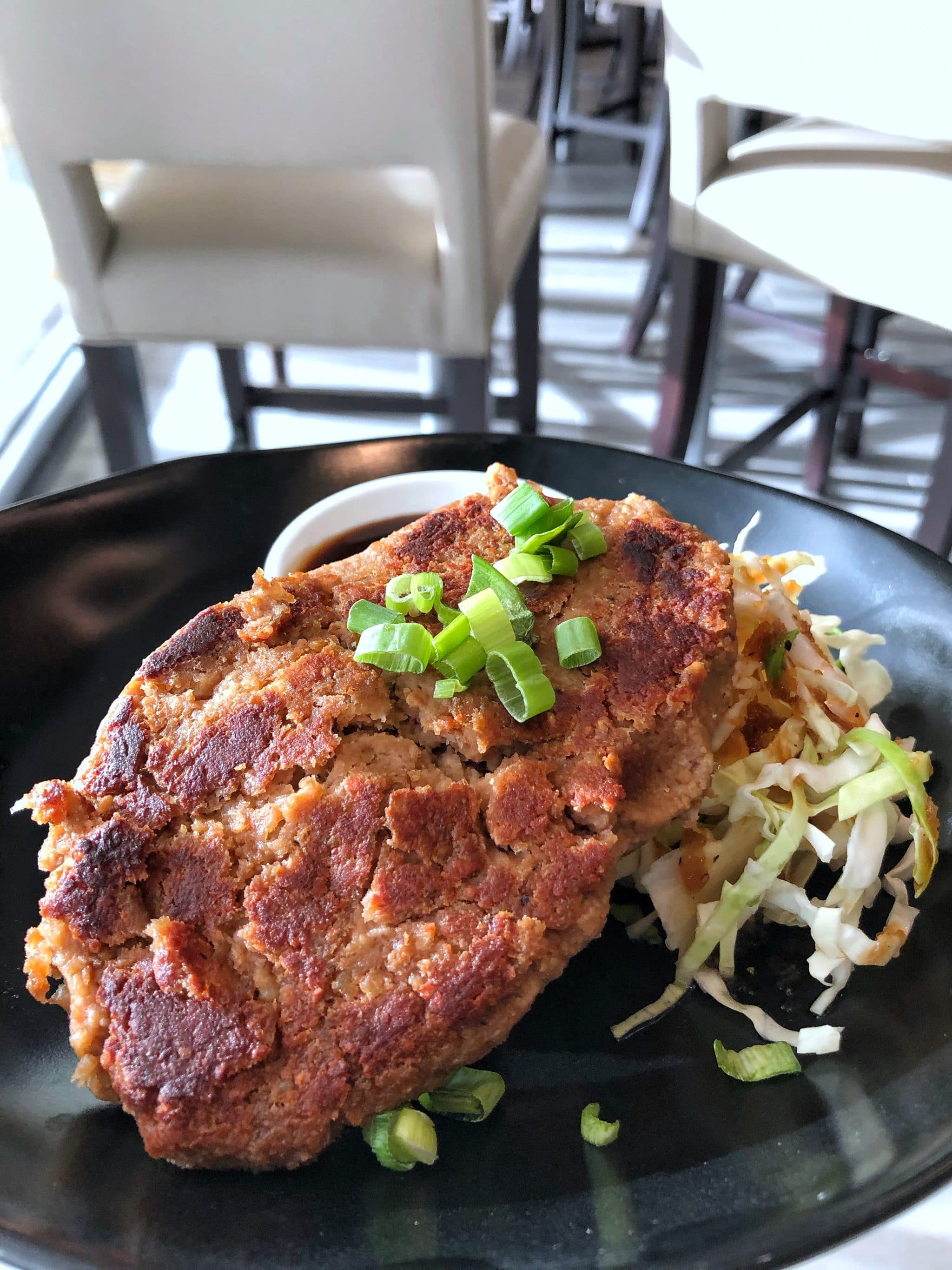 The third option was sushi, a Yanagi Roll with chef’s choice of vegetables which included carrot, asparagus and broccolini. 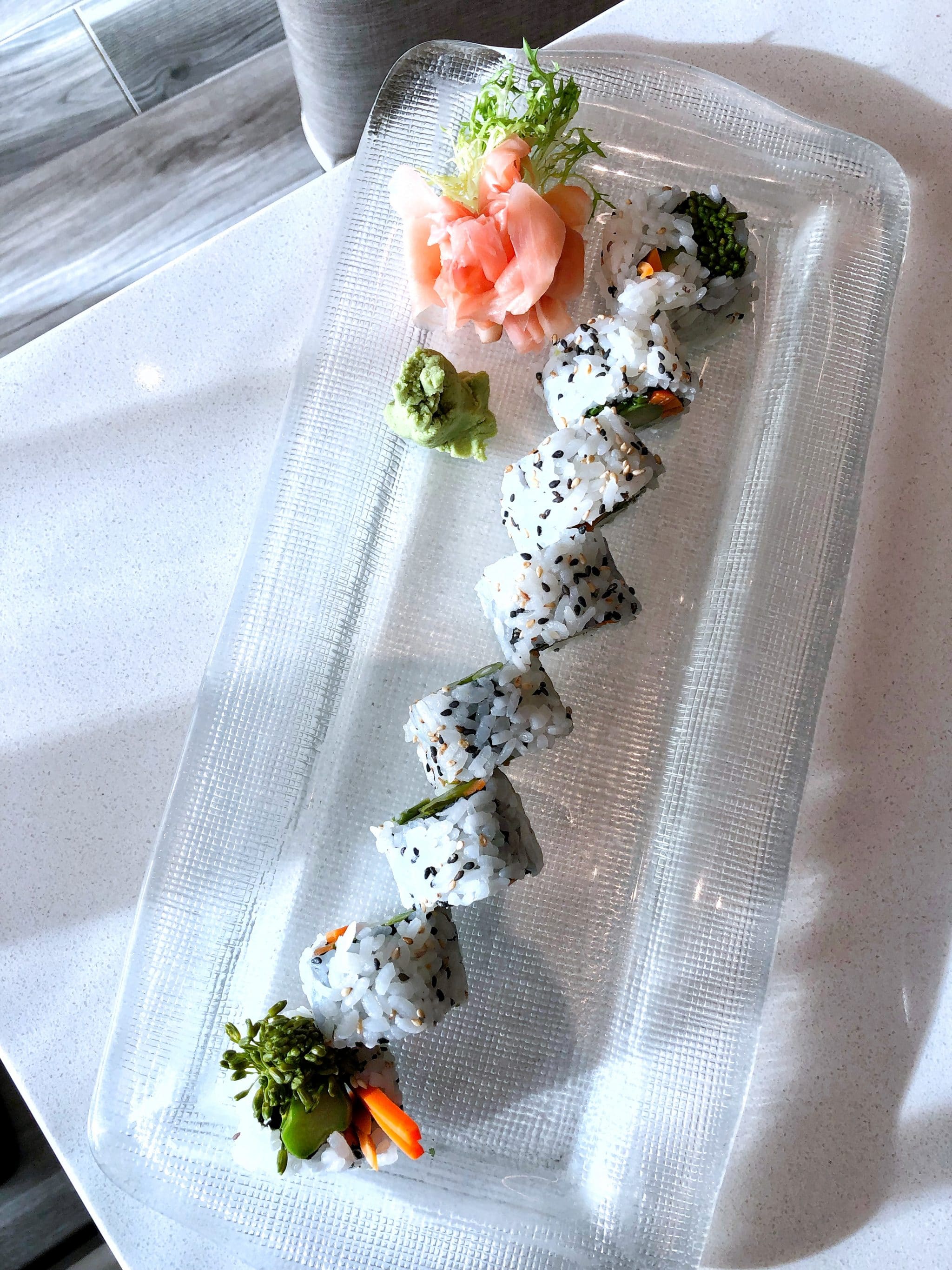 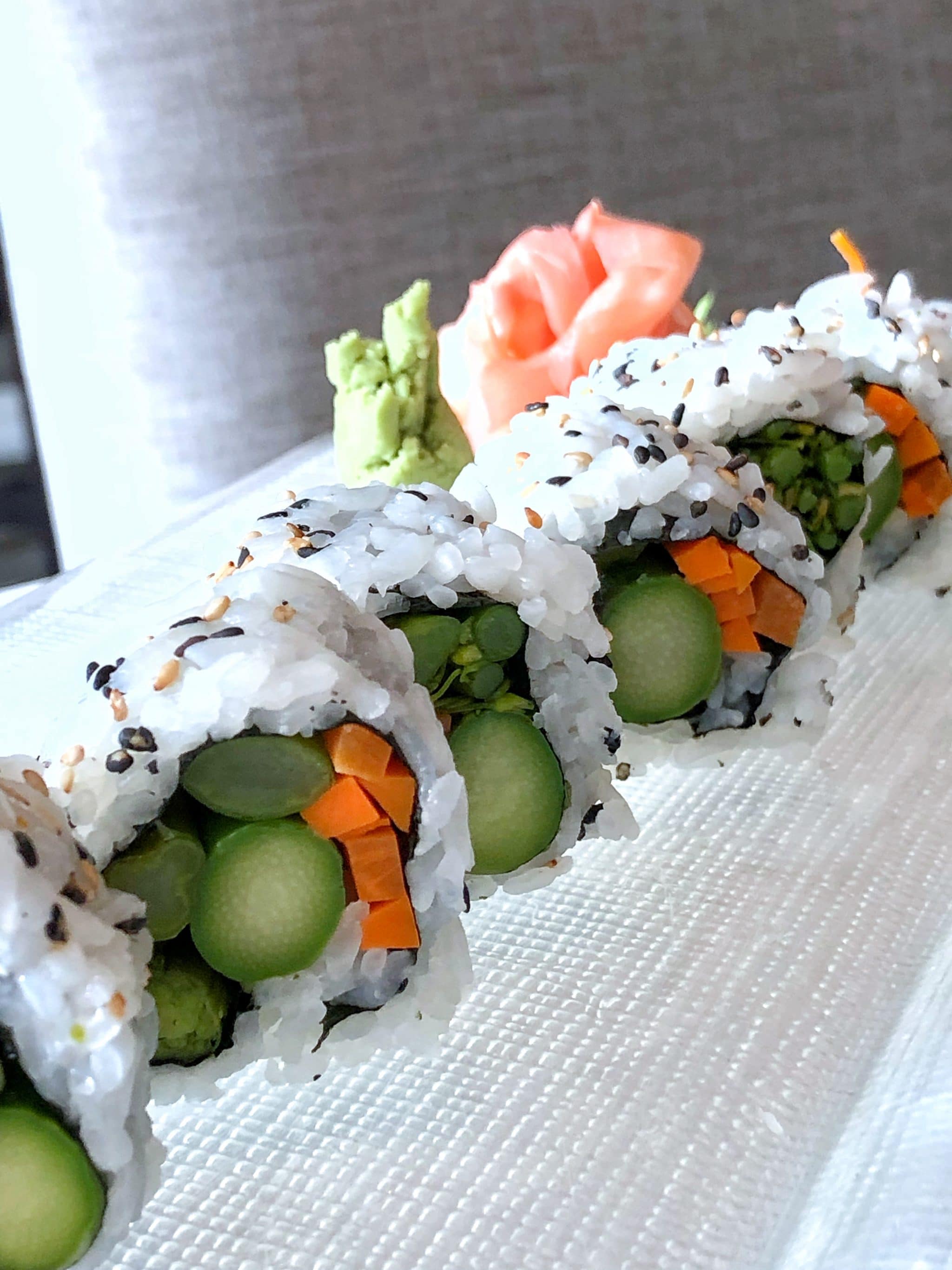 Dessert was a Raspberry Sorbet with fresh fruit and a berry coulis. 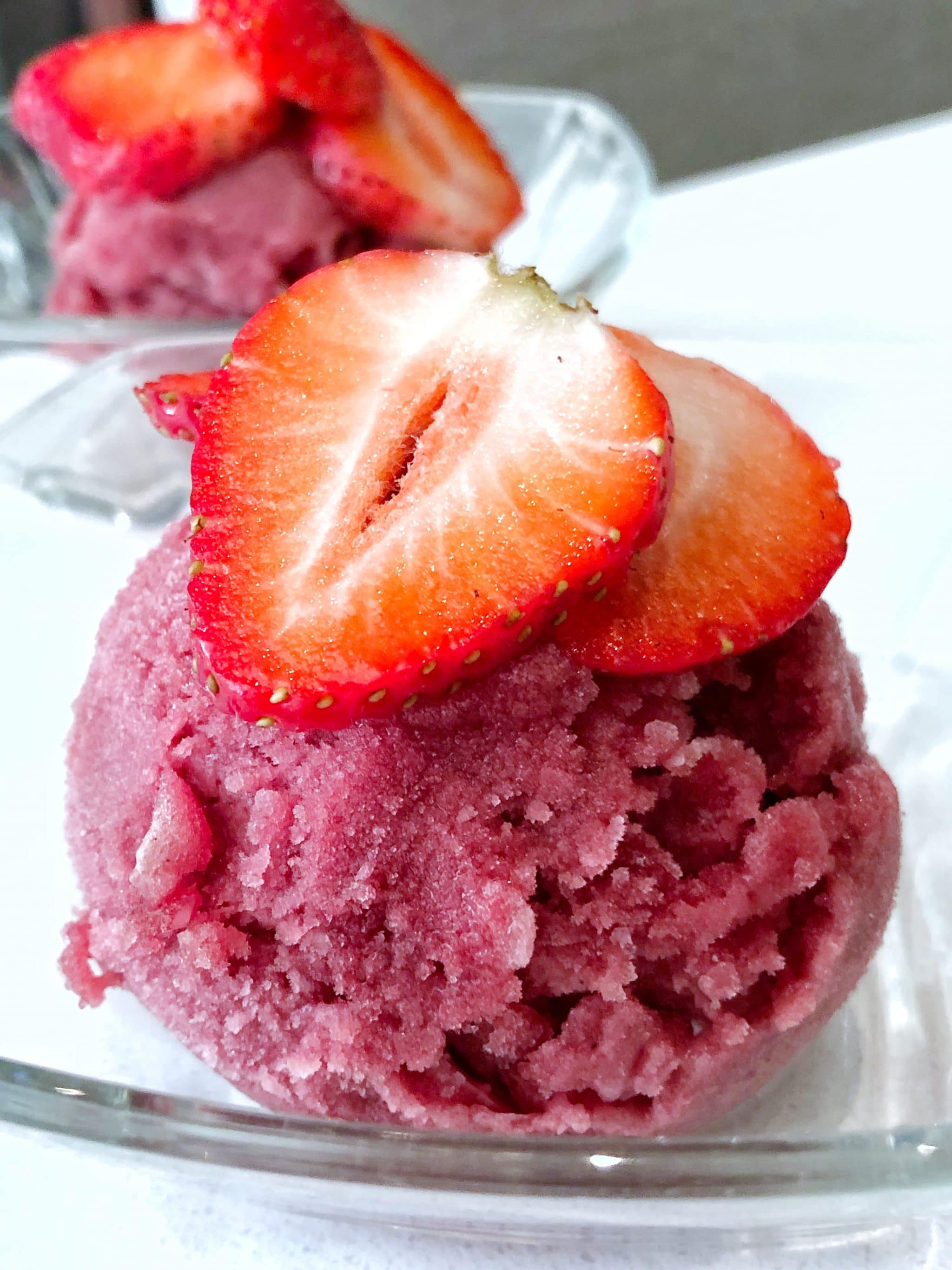 All four dinner courses were $35. You could add an optional beverage pairing for an additional $35 which includes three wines and a whiskey cocktail. Ask for the whiskey cocktail straight up with no chocolate stout. 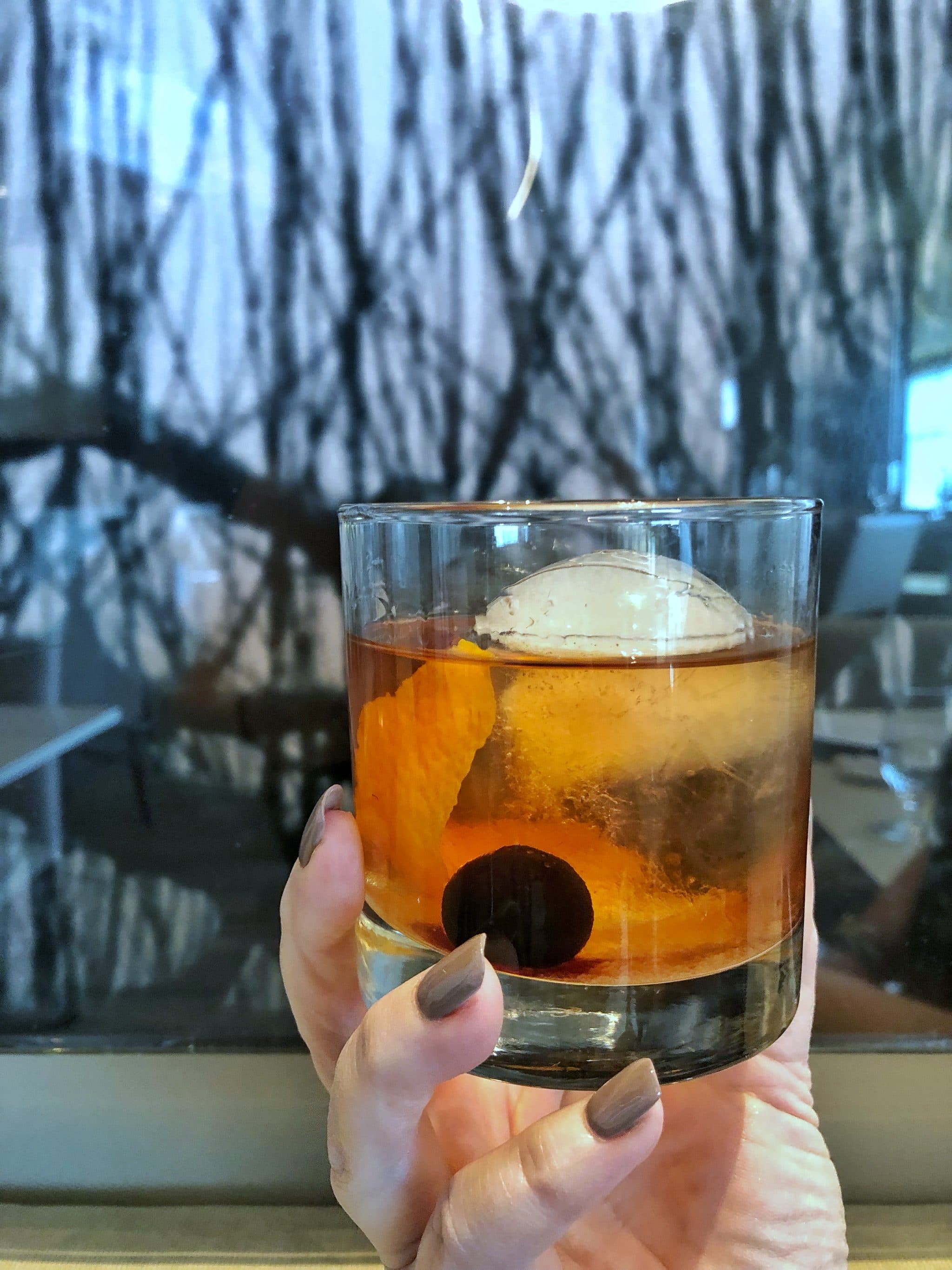 In fact, there are three restaurants at these sister resorts offering vegan tasting menus. Those restaurants are Zeta Asia and La Luce in the Hilton as well as Bull & Bear in the Waldorf. 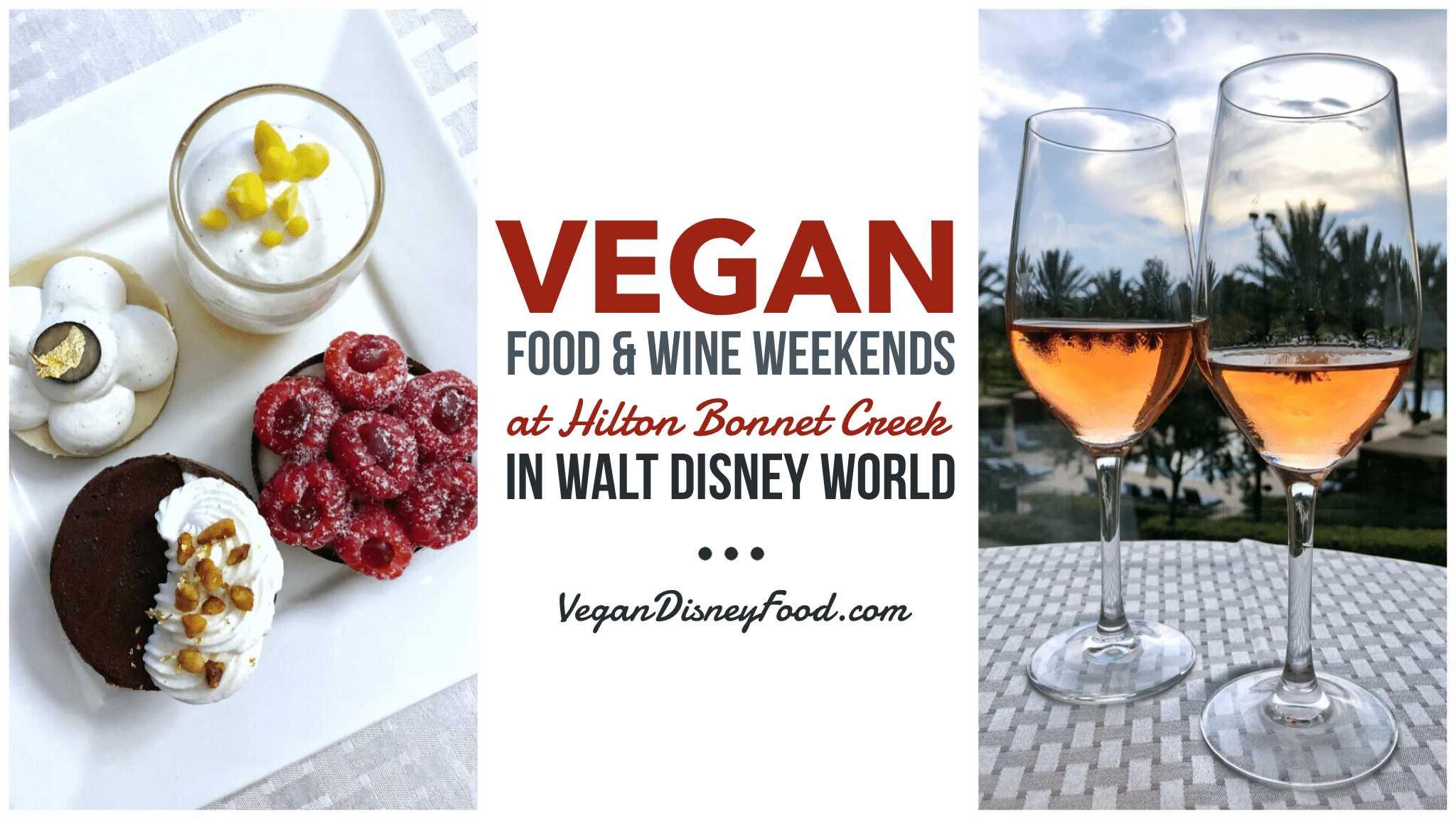 WANT TO REMEMBER THIS OPTION? Save the “Vegan Orlando Magical Dining Review at Zeta Asia in Walt Disney World” pin to your favorite Pinterest board. 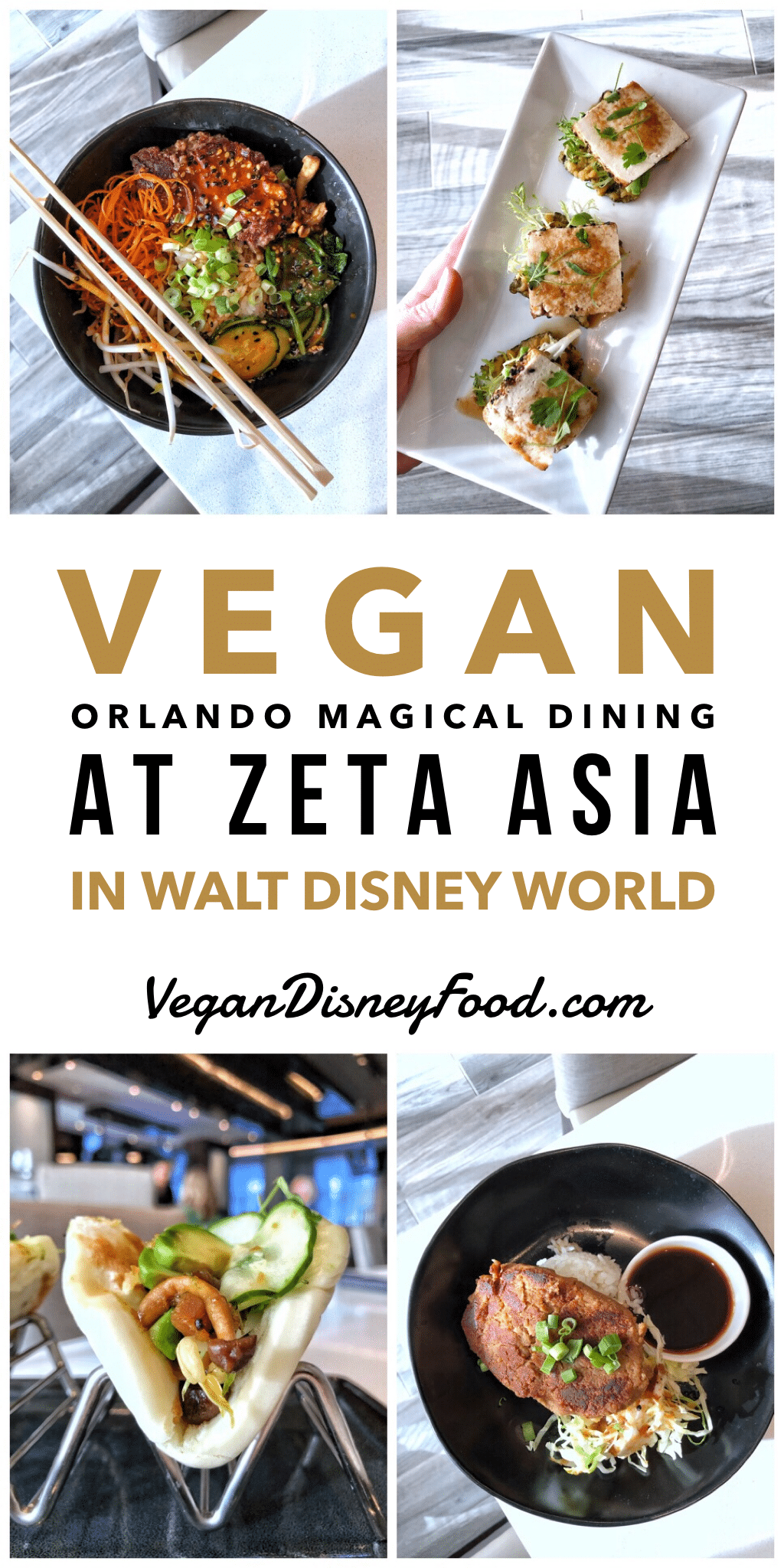