There’s a vegan tacos option at Tiffins in Disney’s Animal Kingdom theme park at Walt Disney World and we’re here to taco bout it with ya!

We found this option inside of Tiffins on Discovery Island in Disney’s Animal Kingdom theme park.

Look for it on the “Appetizers” section of the menu. 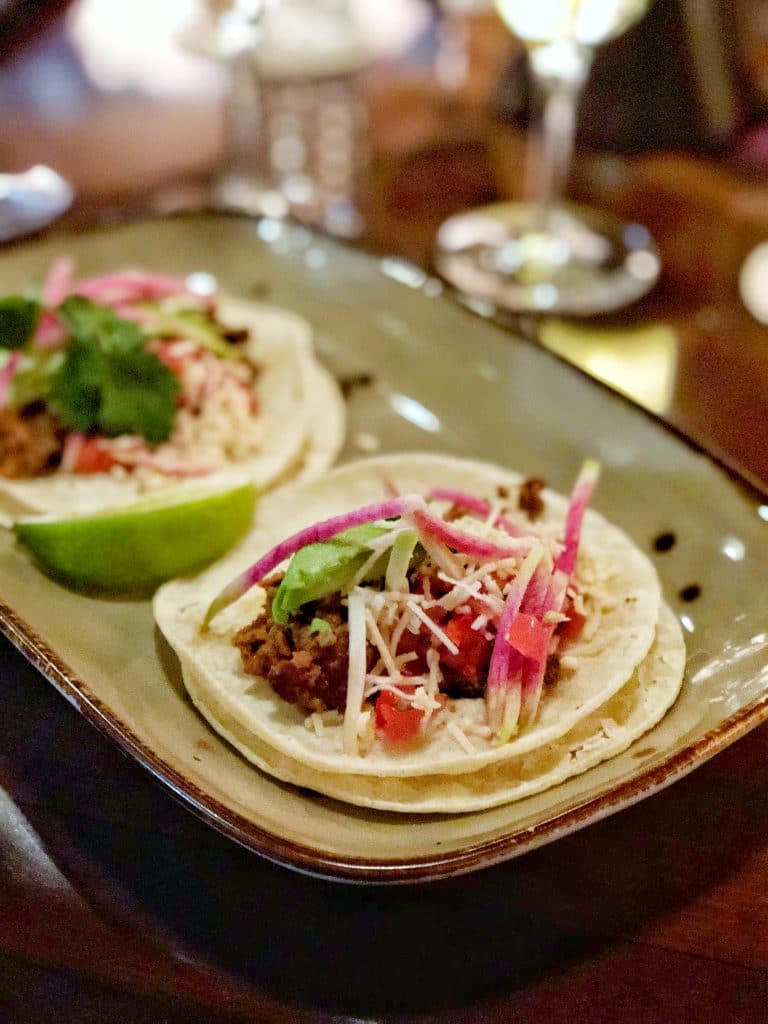 These are the Tacos from the Tiffins appetizer menu.

You’ll get two tacos per order.

The tacos are made with corn tortillas and filled with vegan tinga, avocado, plant-based cheese, watermelon radish, tomatoes and cilantro. A lime wedge comes on the side.

We didn’t inquire if the restaurant was using Beyond or Impossible meat. 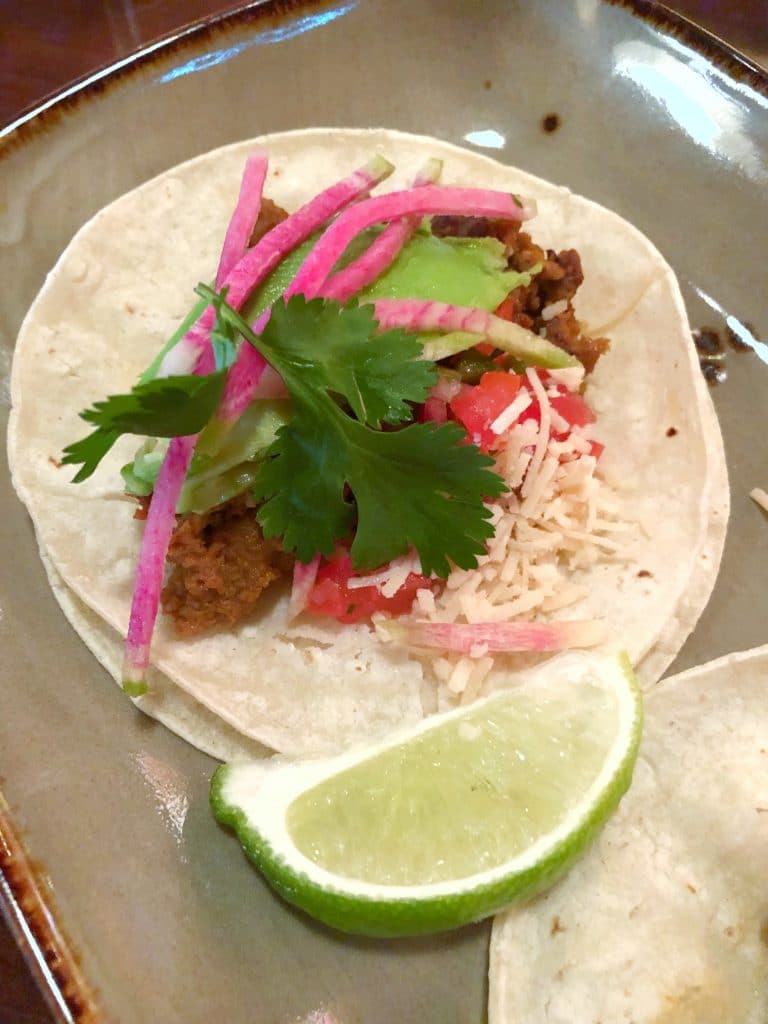 The tacos were super tasty and two orders would have made a pretty well rounded lunch.

The entree at Tiffins is a North African Spiced Tofu and the dessert is a Passion Fruit Tapioca Creme. 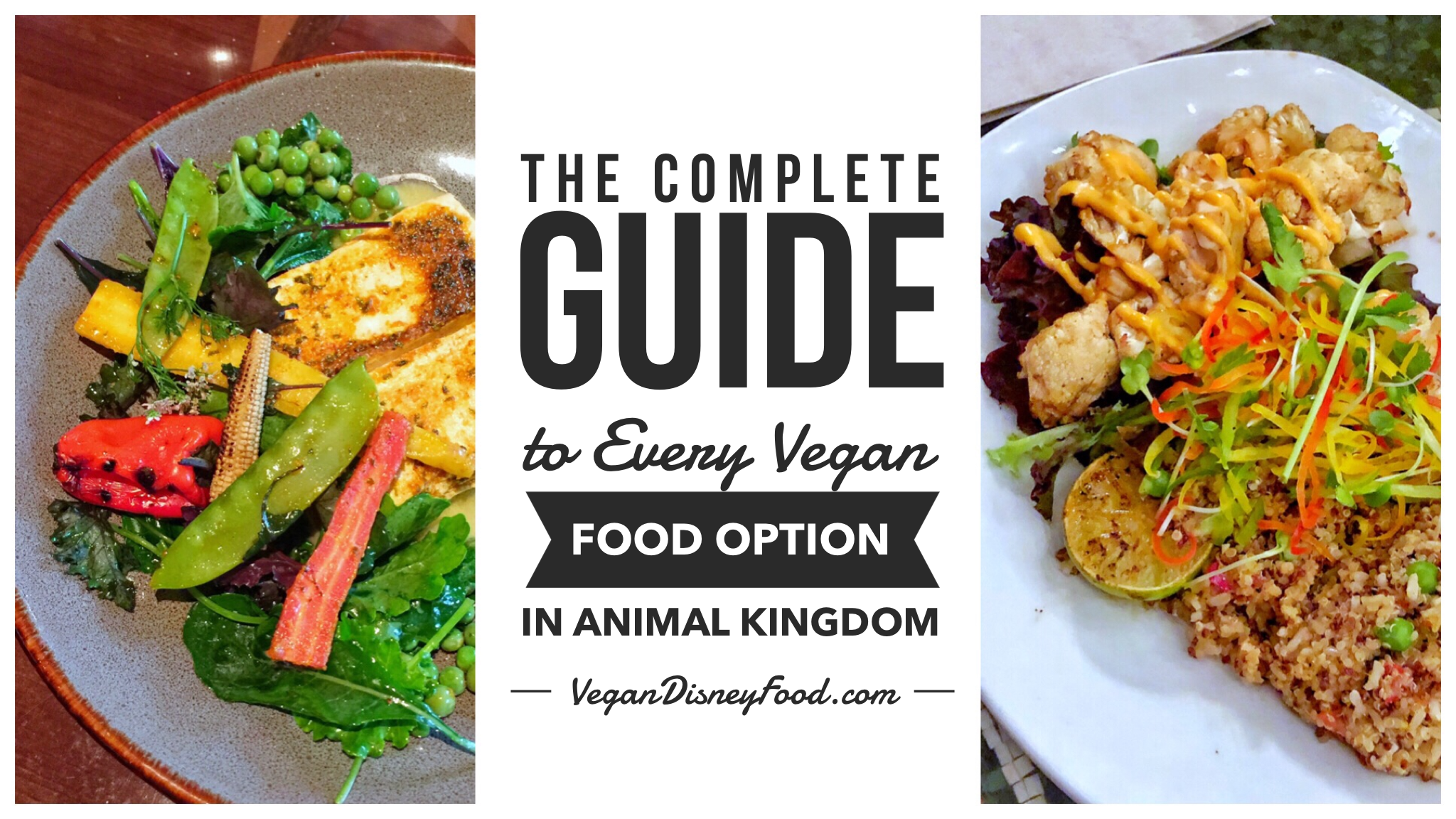 WANT TO REMEMBER THIS OPTION? Save the “ Vegan Tacos at Tiffins in Disney’s Animal Kingdom at Walt Disney World” pin to your favorite Pinterest board. 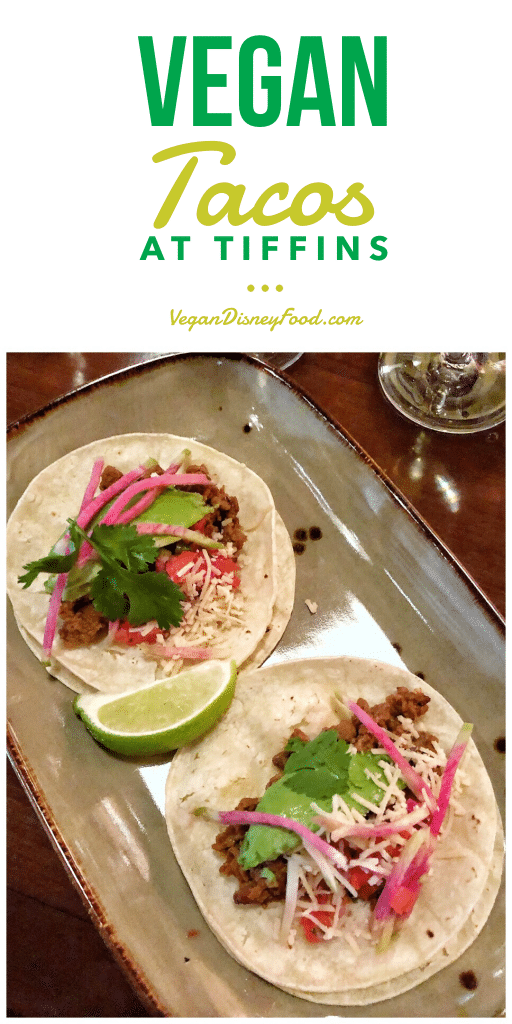