This year, the pop up is actually right in the middle of the lobby and called “The Grand Cottage.” 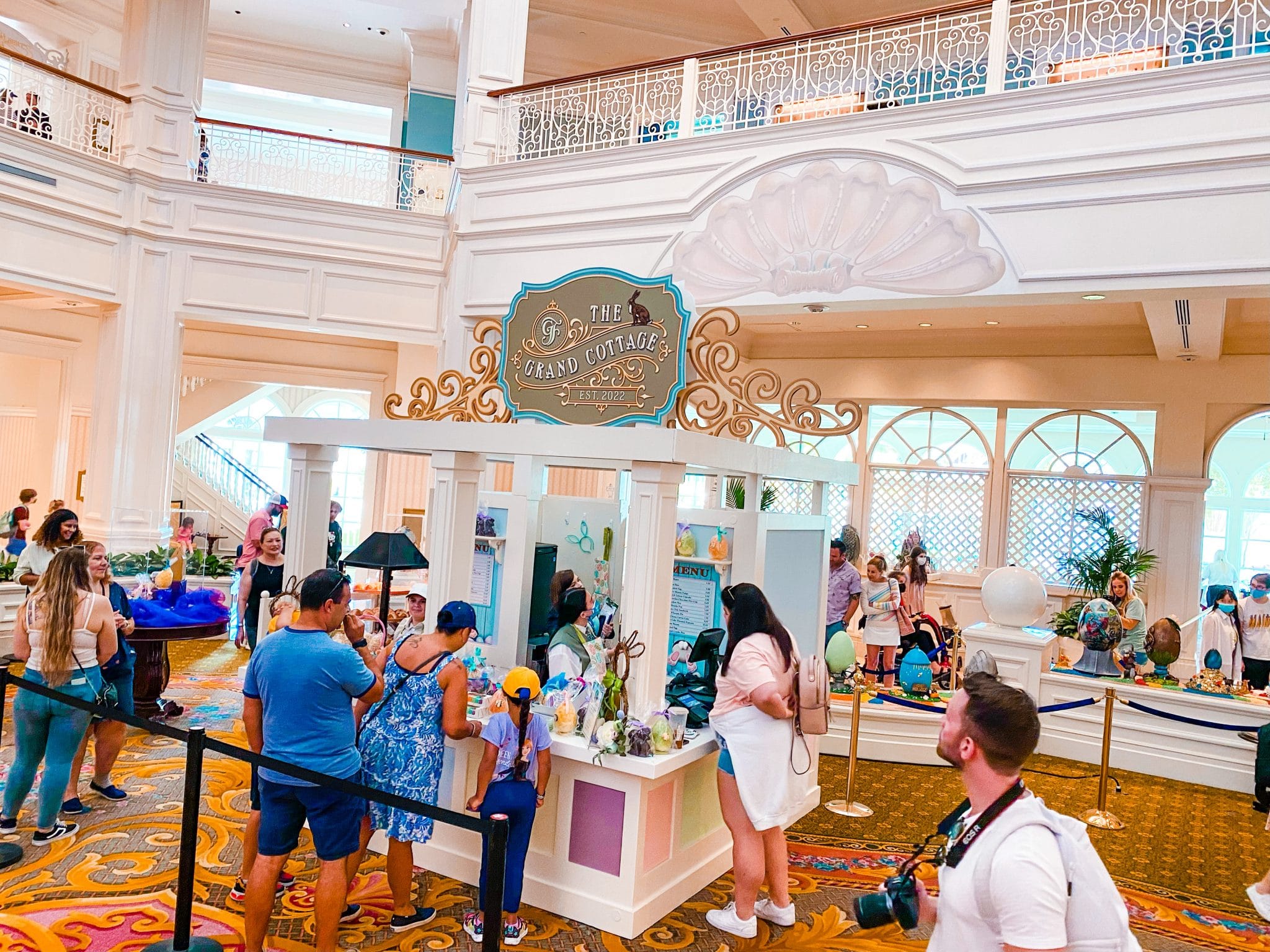 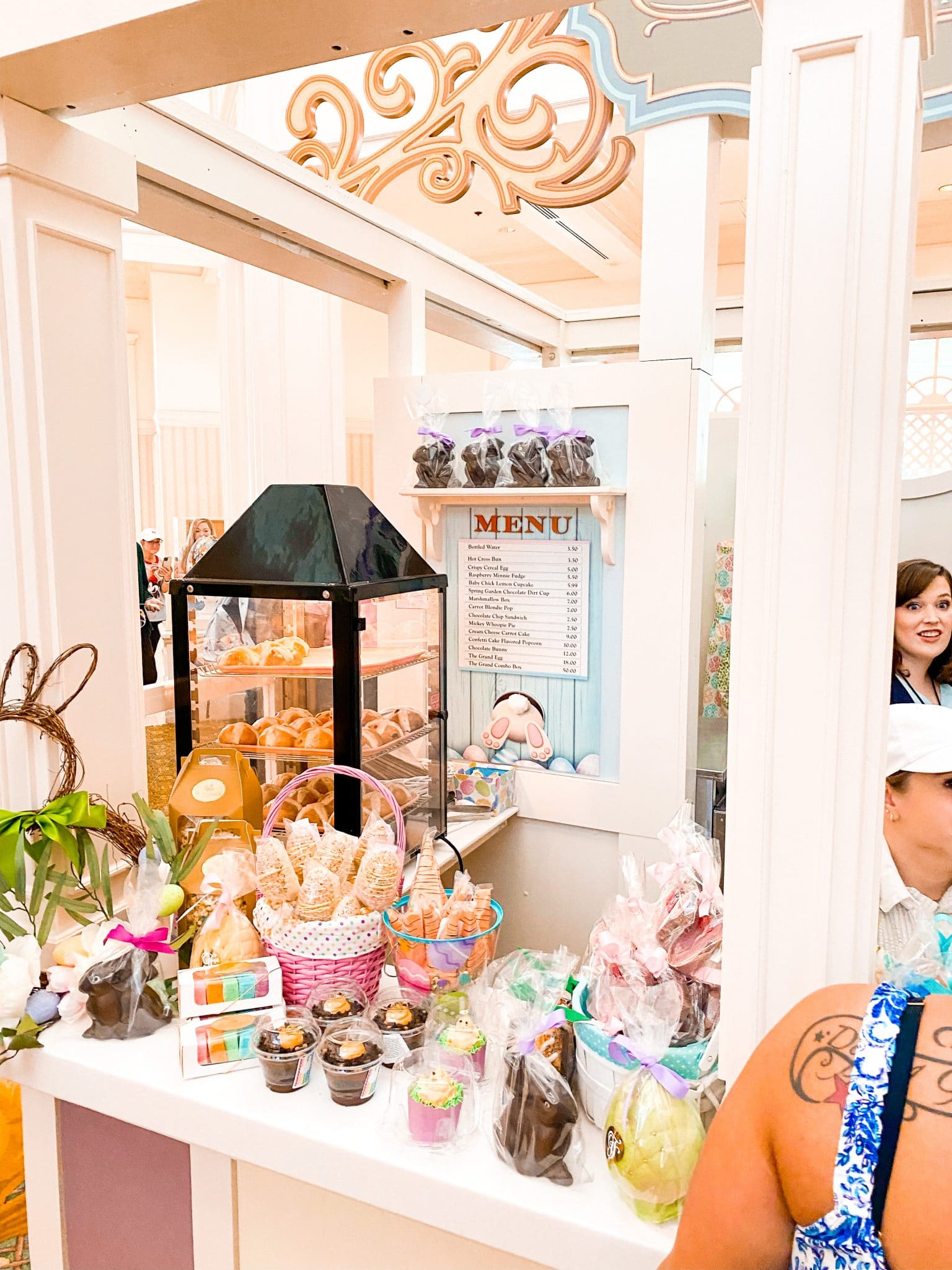 All but one of the treats served are not vegan, but we are excited we have this one option! 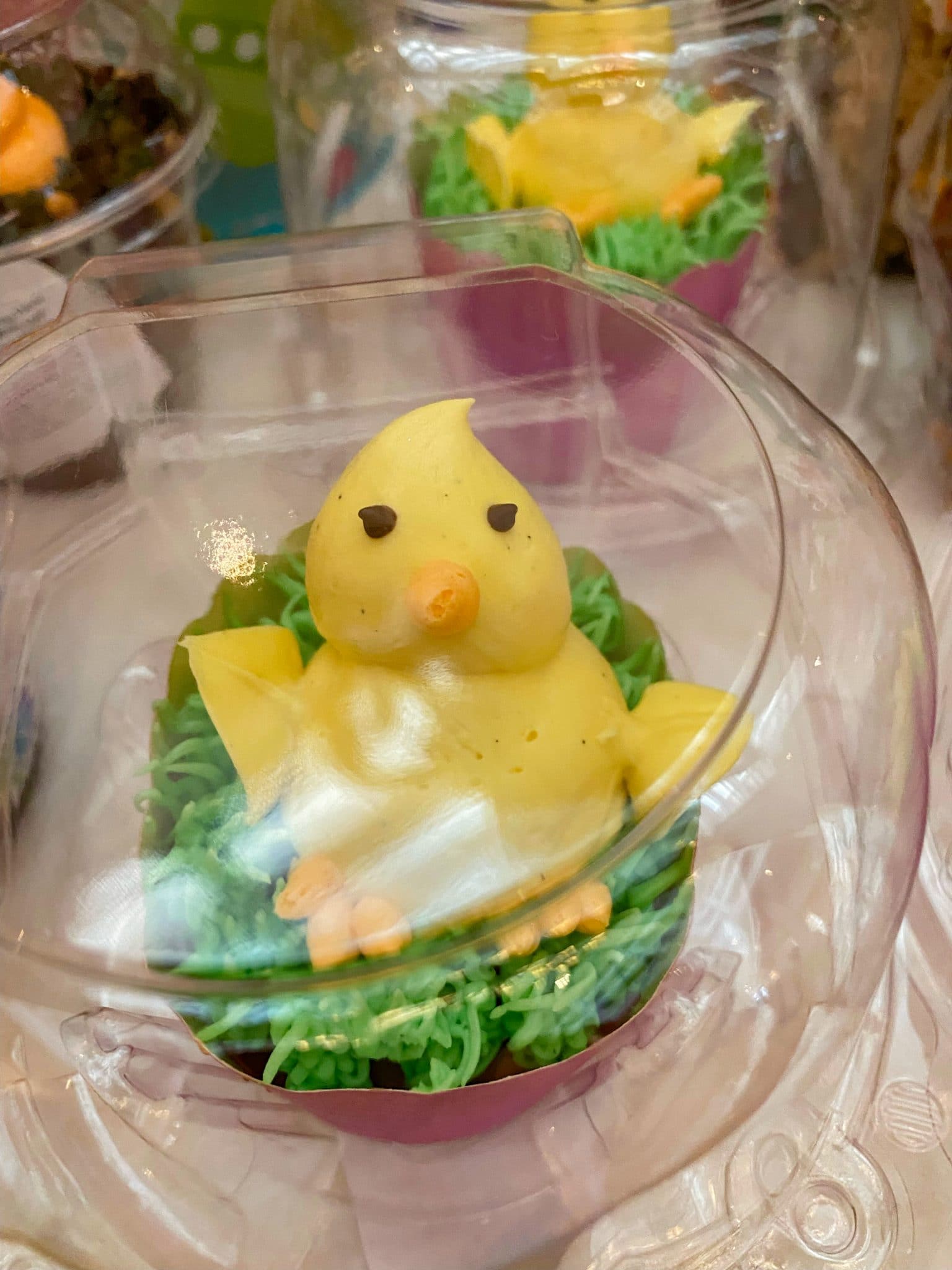 The Easter Baby Chick vegan cupcake is served in a plastic container so you can take it back to the room (or home in my case) safely. 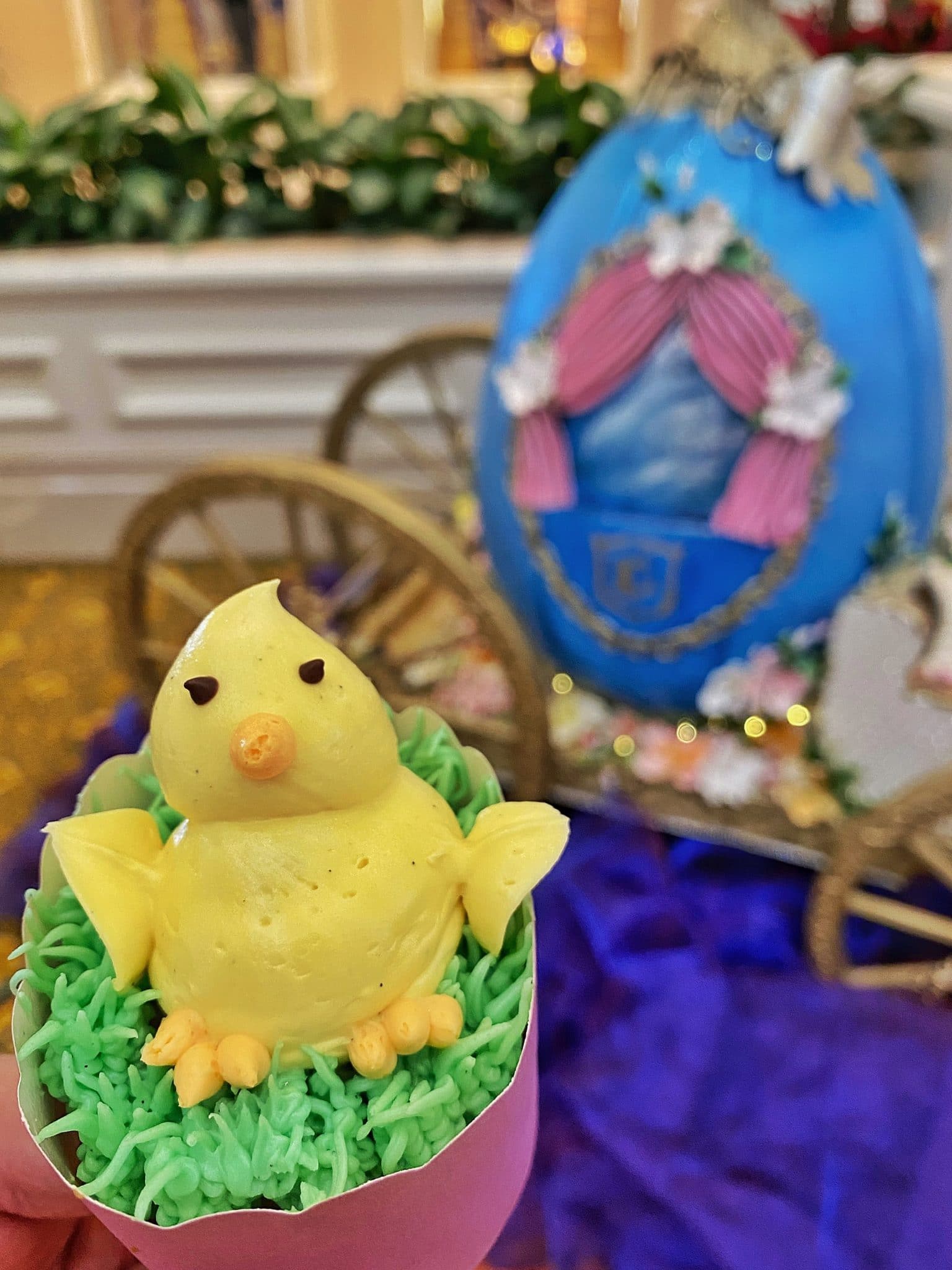 The Baby Chick Lemon Cupcake is $5.99. The little chick itself is a lightly lemon-flavored frosting, on a vanilla cupcake, with lemon curd filling. 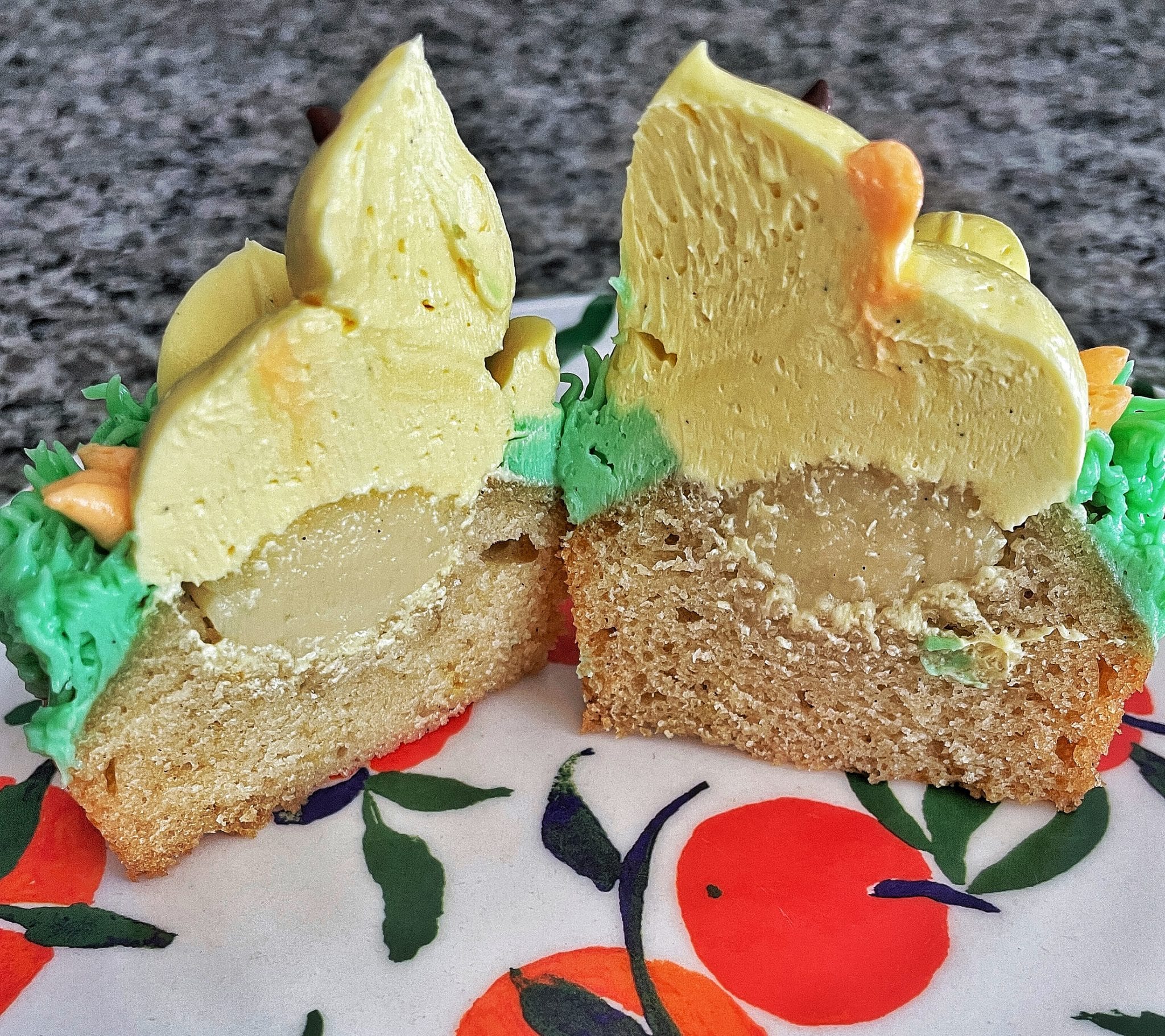 The cupcake itself isn’t too dry and has a nice vanilla flavor. It is not gluten-free. The frosting is sweet but not toooo sweet and balances nicely with the cupcake. The filling is a tart lemon and again a nice acidic balance with the sweetness of the frosting. Overall, I loved it and think it’s a definite win.

Above are the ingredients. Of course “yellow, orange, red, and blue” “Colors” are very ambiguous, but as far as we can tell there is no carmine or cochineal. It is of course a personal choice if you want to eat this cupcake.

The Grand Floridian Easter Egg display in the lobby is also mostly all-new this year, so definitely worth a visit. (Maybe next year they can do an all-vegan display egg?). Here are just a few. We have the rest up on our sister site, Zannaland.com!

If you’re looking for the rest of the Vegan options at Disney’s Grand Floridian, we’ve got you covered! Let us know if you try this vegan Baby Chick Cupcake at the Grand Floridian.