Just because Disney likes to keep us on our toes, they recently took the Dole Whip that was available at Marketplace Snacks in Disney Springs, and moved it over to the former spot of AristoCrepes, creating Swirls on the Water – and we’ll tell you what’s vegan there! 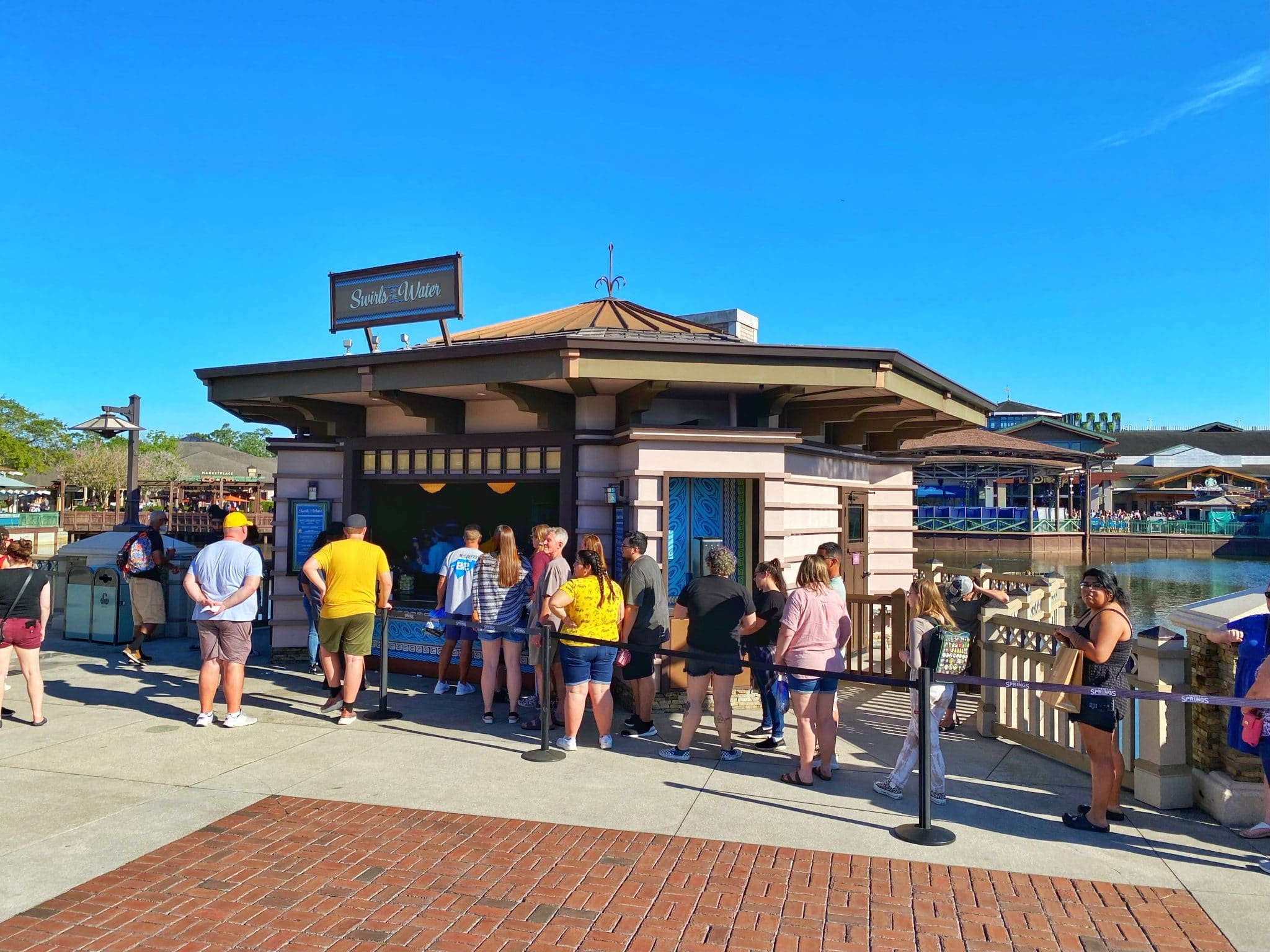 AristoCrepes is no more, which isn’t too sad for us, because there was nothing vegan there anyway. Located right before Rainforest Cafe, if you take the bridge from the Lego Store area, this spot is now called Swirls on the Water. 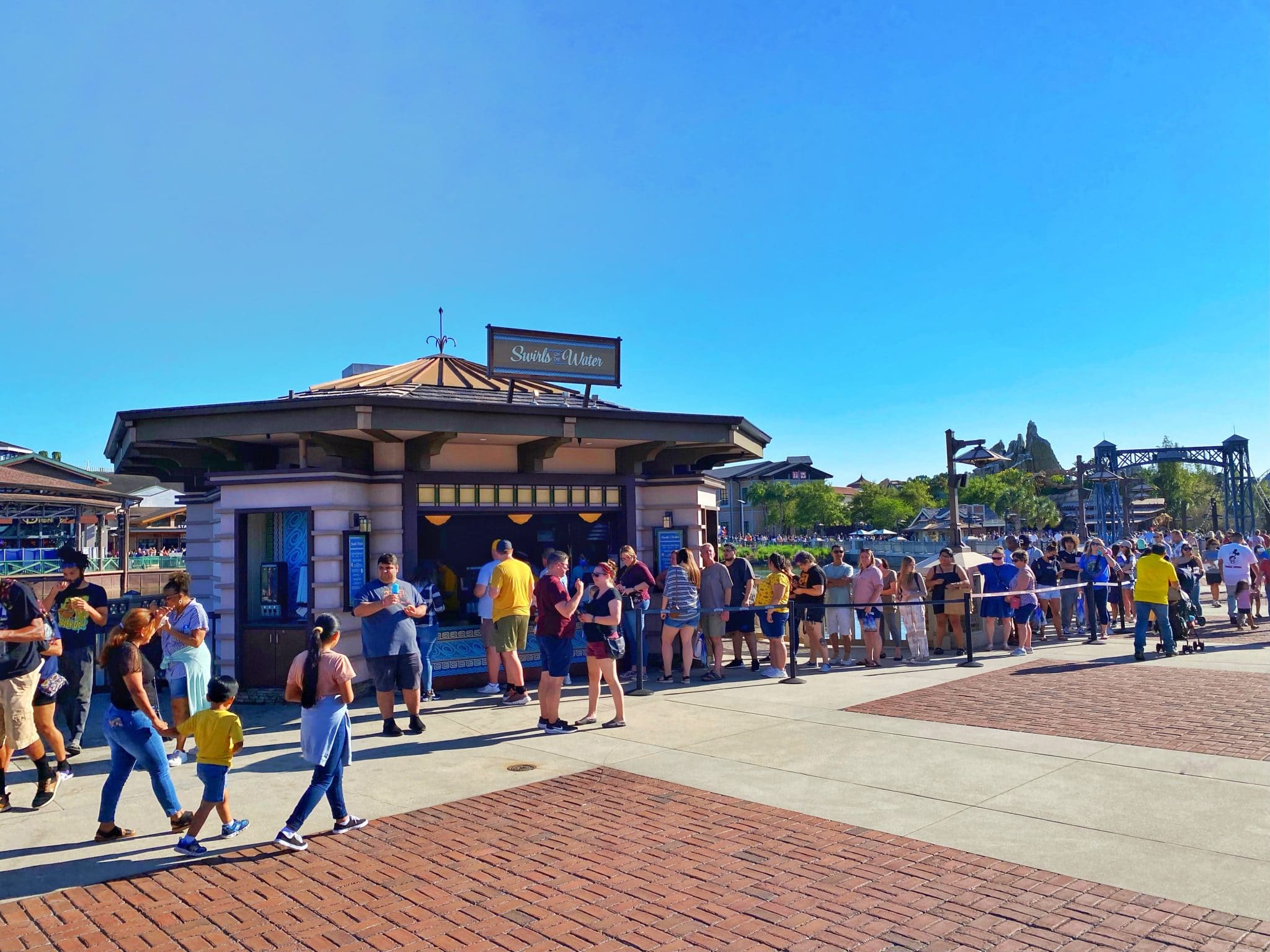 The Dole Whip nachos previously available at Marketplace Snacks have made the cut here. However, because the waffle cones they used as the “nacho chips” are not vegan, we sadly cannot order this treat. The boba balls they use on top are vegan though, so you may be able to talk a cast member into adding some to your Dole Whip. Now let’s get to what else you CAN enjoy that’s vegan at Swirls on the Water!

Vegan at Swirls on the Water 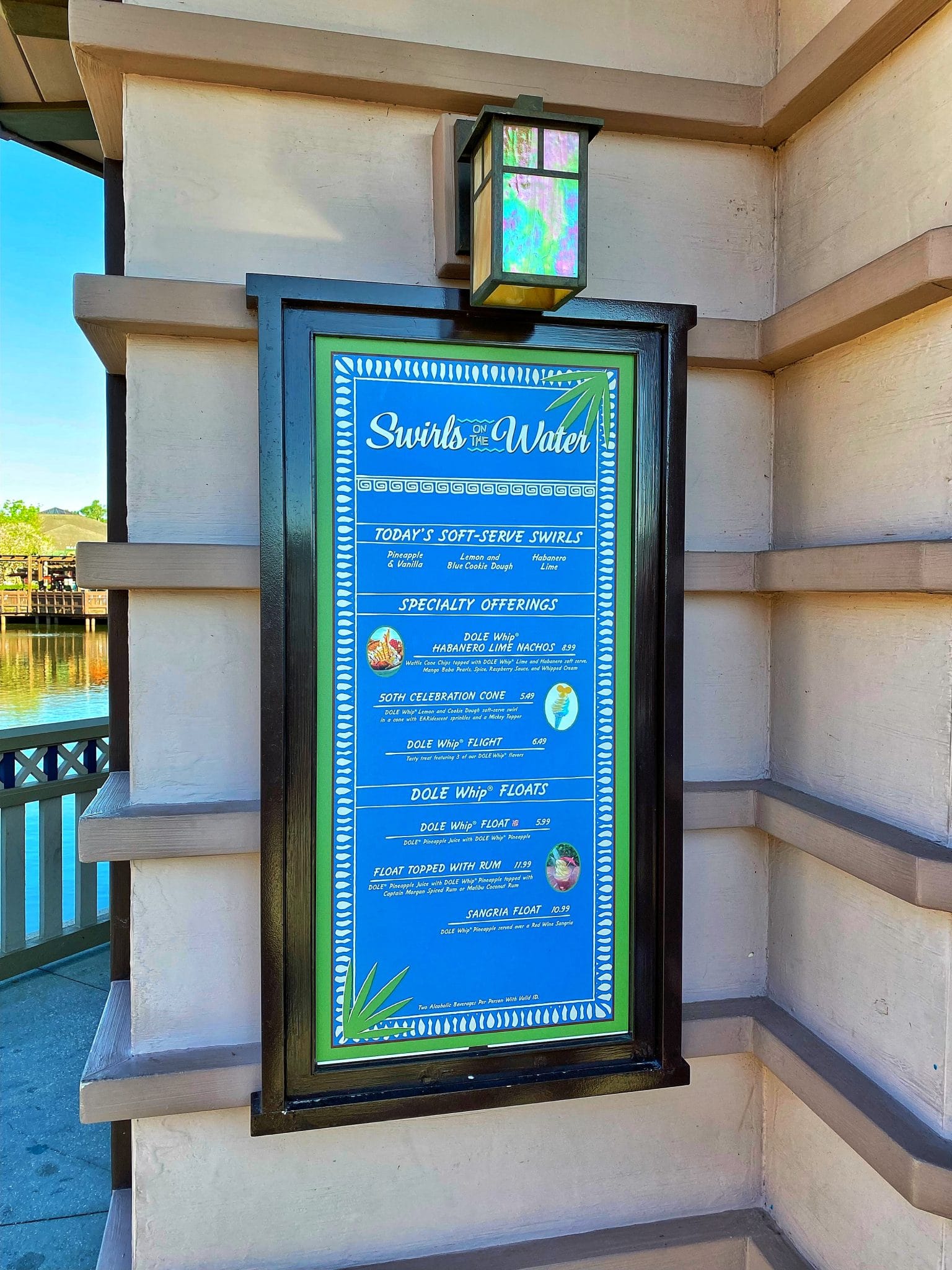 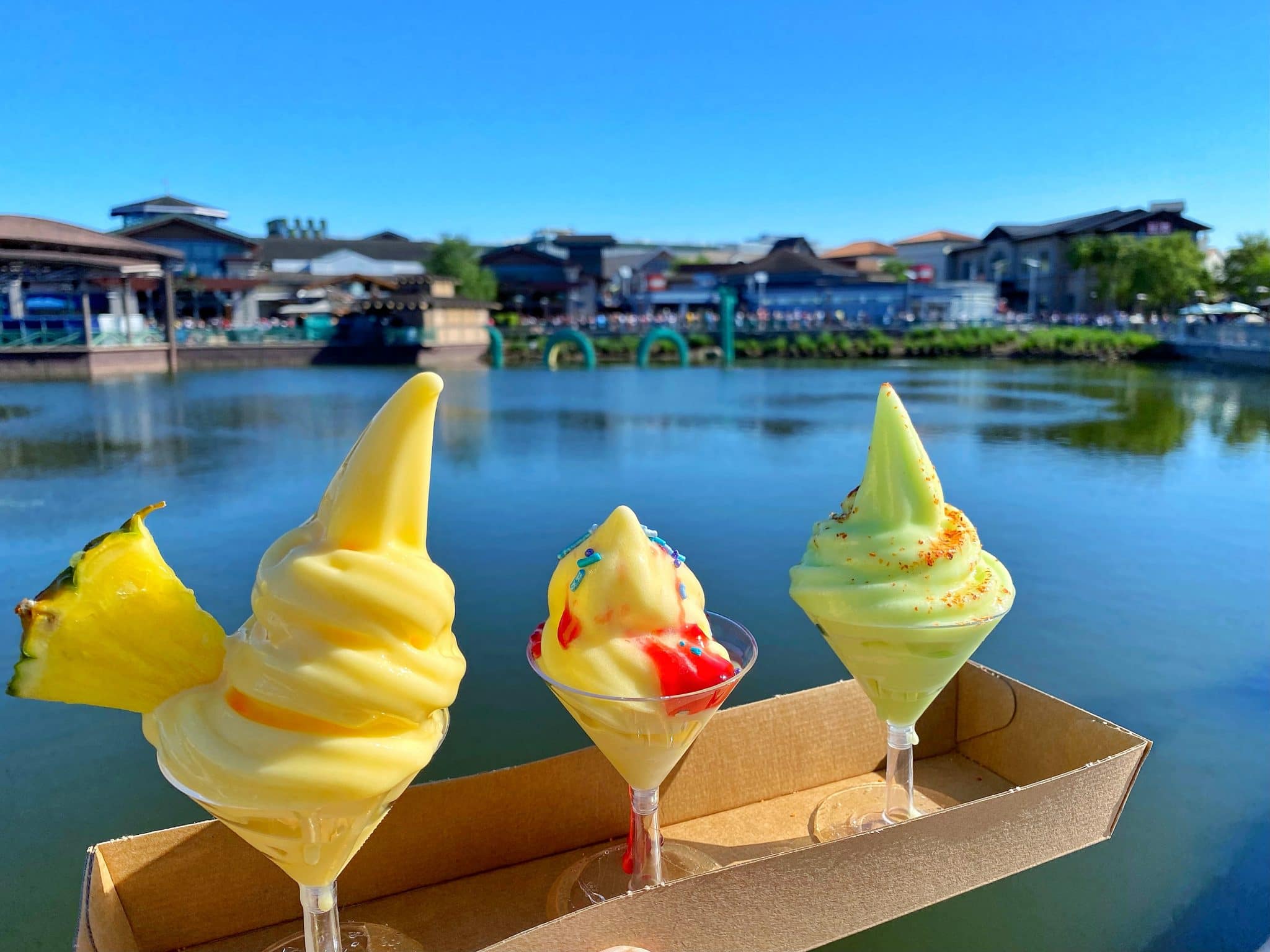 Here you see the float with Pineapple on the left, served with a slice of fresh pineapple, Lemon in the middle, with raspberry topping and Walt Disney World 50th Anniversary Sprinkles (which we have since learned most likely contain confectioners glaze which uses shellac and therefore is not vegan – so skip the sprinkles!), and on the right, Lime with Tajin spice. You can mix and match those toppings and possibly add the Boba from the nachos instead. UPDATE July 2022: The Lime has been replaced with Watermelon for the summer. There is also an Orange Bird Cone available until the end of August which is vegan without the Orange Bird disc or the sprinkles. You can also get a Watermelon and Orange swirl! 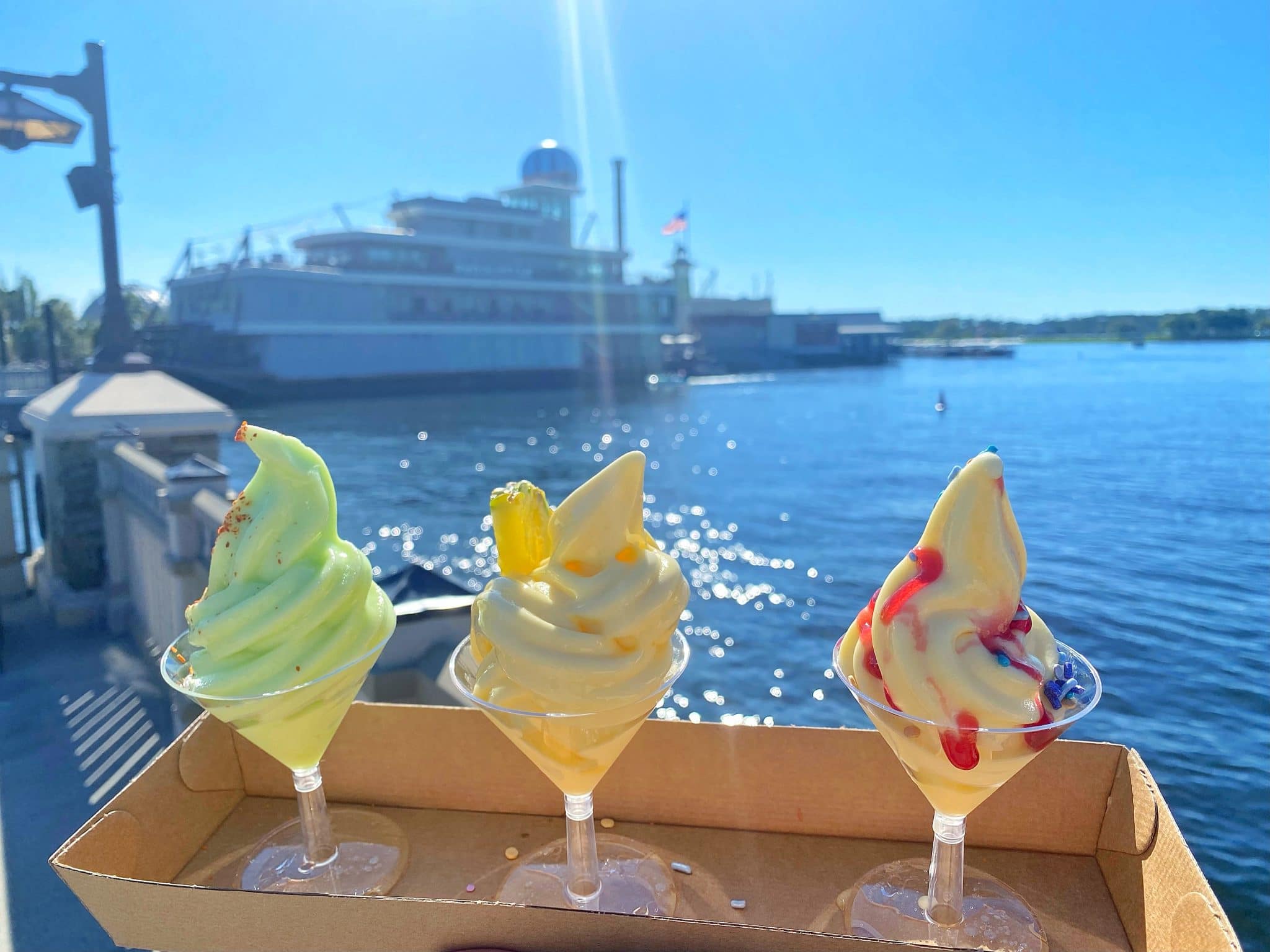 If you would like to get just a Dole Whip in a cup or a cone (the cones they have for that are vegan as of right now) you can do so for $4.99 in a cup and $5.49 in a cone, plus tax. You could get the 50th Celebration Cone without the swirl and without the Mickey topper (which isn’t vegan) or the sprinkles (which are also not vegan), at the same price, $5.49. 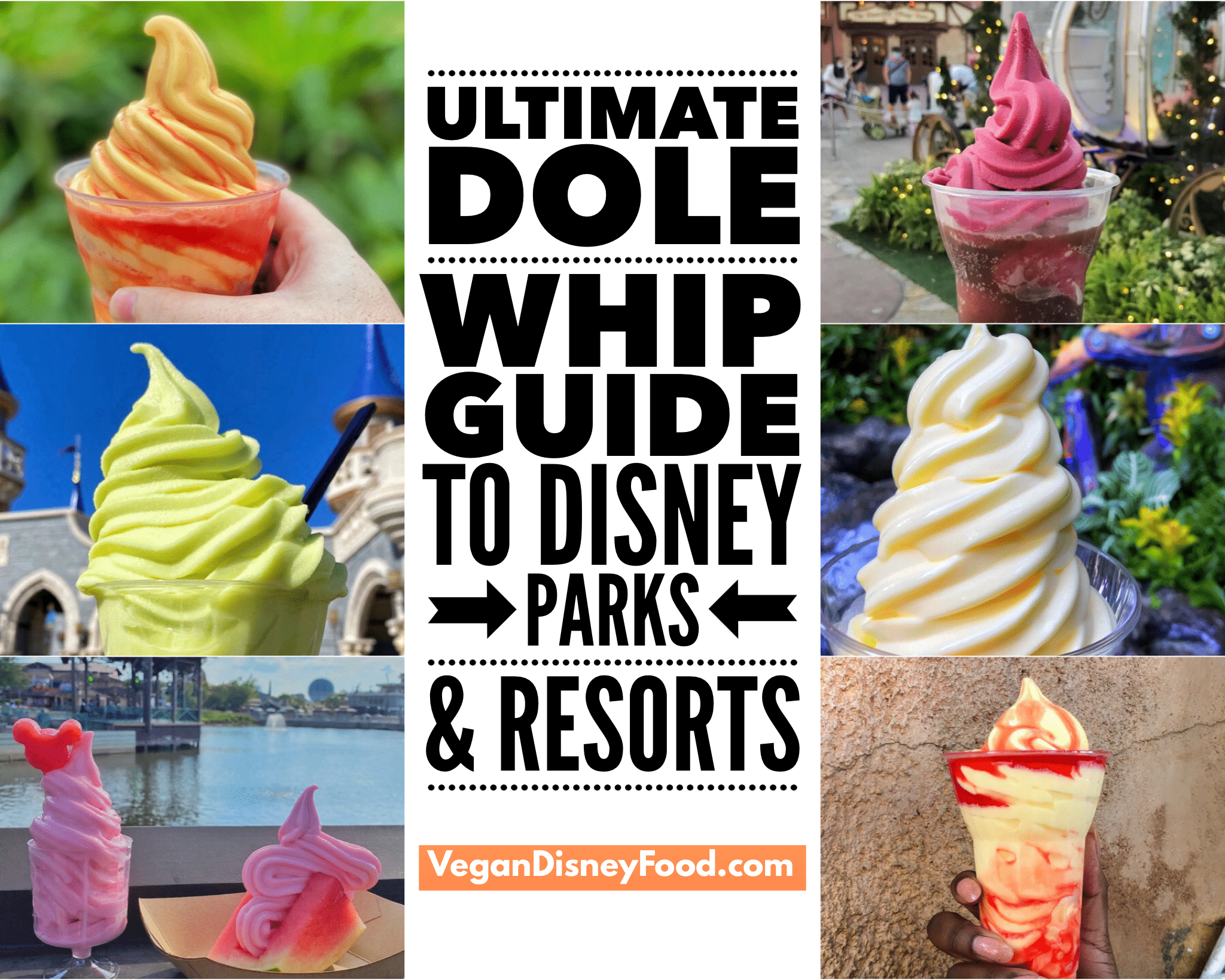