There are some chef’s that will go down in Walt Disney World history. One such chef is Chef TJ and for the past few years he has been feeding hungry vegan guests at Trail’s End restaurant in Walt Disney World’s Fort Wilderness Resort and Campground.

They say that the only constant in life is change. This is true. Chef TJ has hitched up his chuckwagon and left “the fort” for Cape May Café at Disney’s Beach Club Resort. 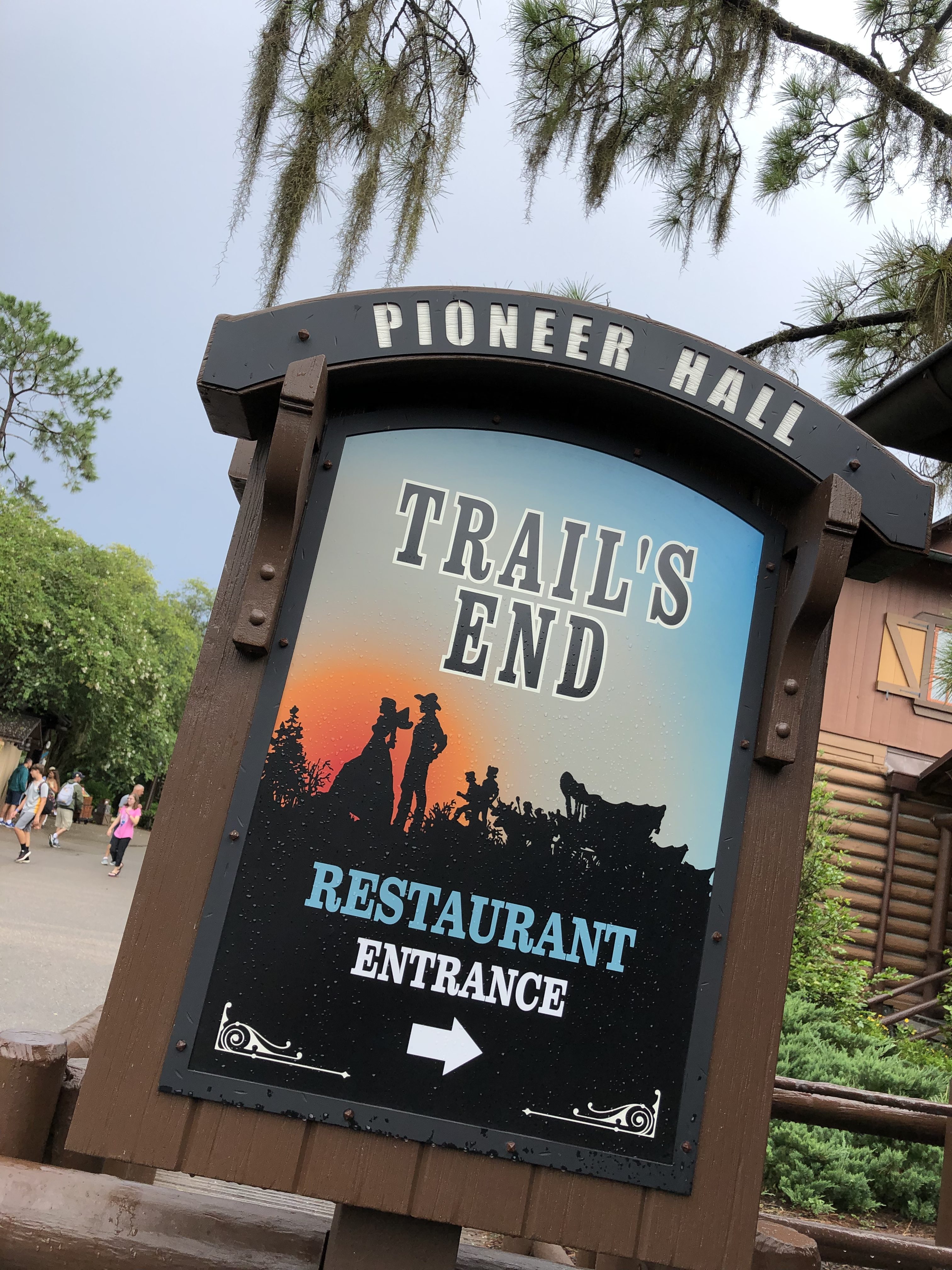 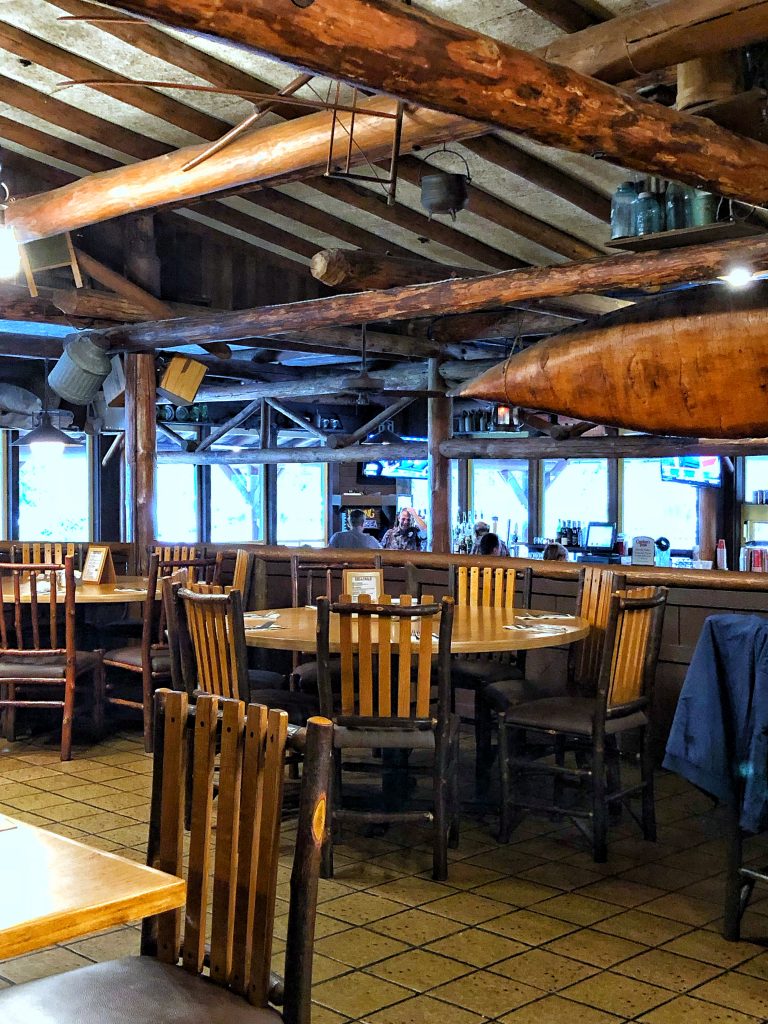 Recently the vegan options have changed yet again. Gone are the samosas and the iconic tofu and vegetable platter that has been served here for years.

We decided to pay Trail’s End a visit this weekend to see what they are whipping up for plant-based eaters in the back of the house.

You don’t need to make any special arrangements for vegan food before reserving an (ADR) Advance Dining Reservation here. Let your server know upon arrival that you are vegan and they will bring out a chef to walk you through the items that are already vegan on the buffet.

Start by requesting a basket of vegan cornbread. Trust me. You do NOT want to miss out on this! 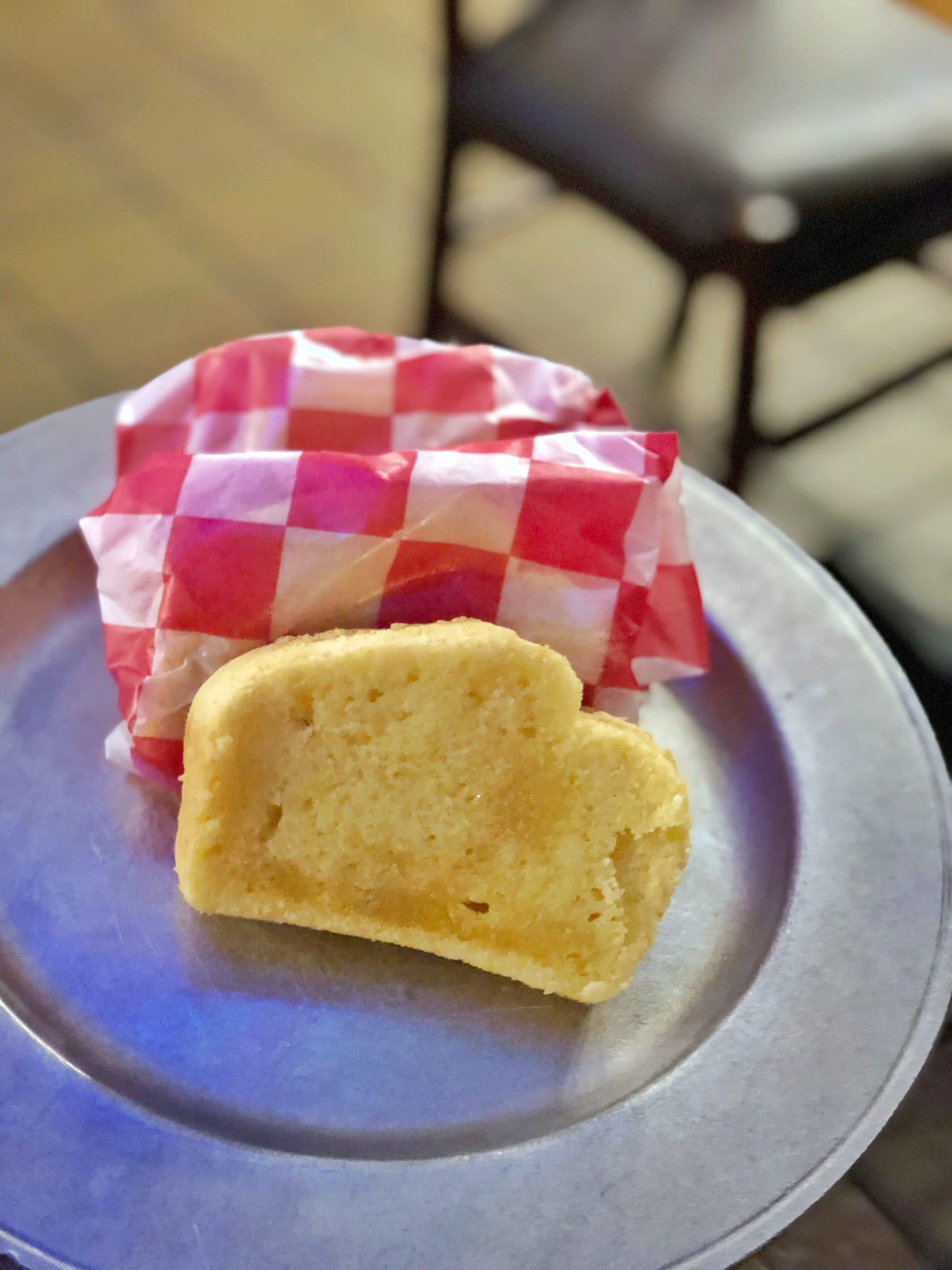 This is a trio of SALADS that are vegan friendly that include a marinated mushrooms salad, cucumber salad, and heart of palm and arugula salad. 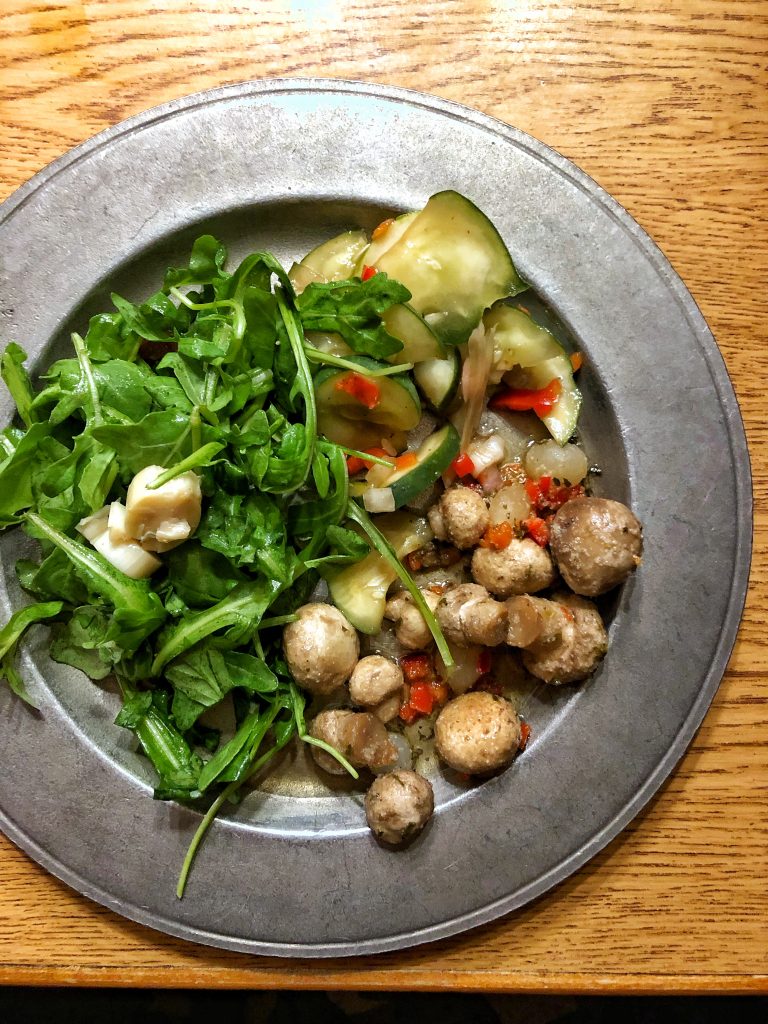 After the salad course go in for the SOUP. This was a vegetable soup and it was straight off the buffet line. 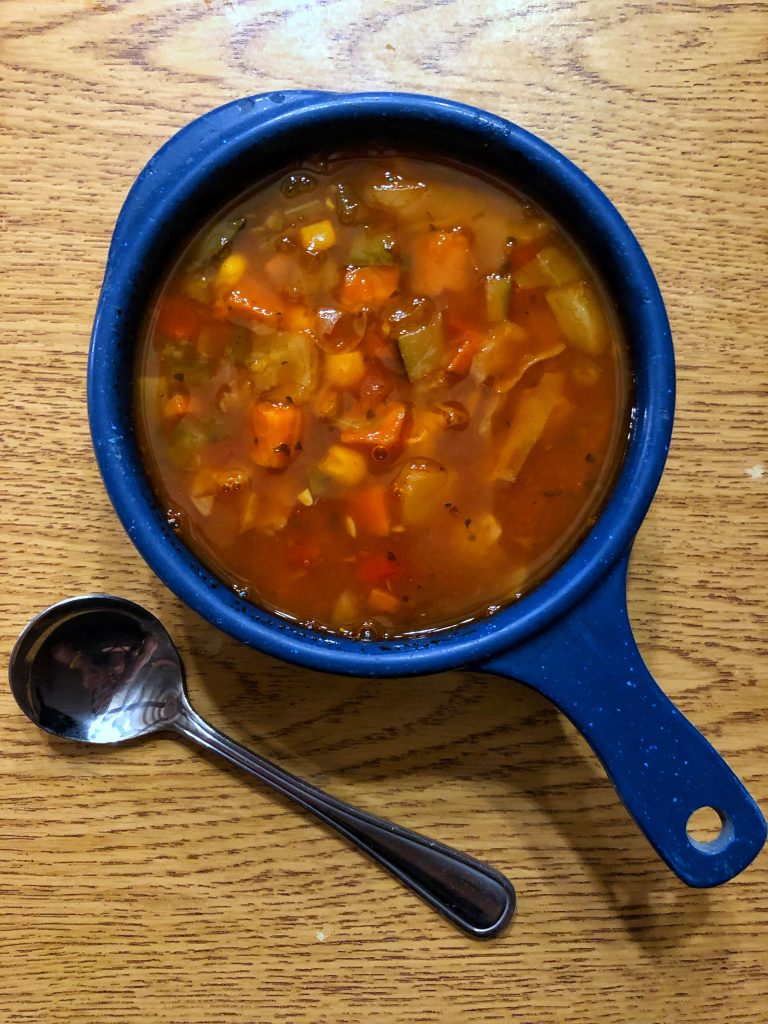 When dining here previously with Chef TJ I always tried to pace myself so I never indulged in a BAKED POTATO  off the buffet. I’m so glad I did on our last visit. You will need to ask for vegan butter from your server. They don’t have Earth Balance but they do have Smart Balance. Baked potatoes are simple yet so satisfying. 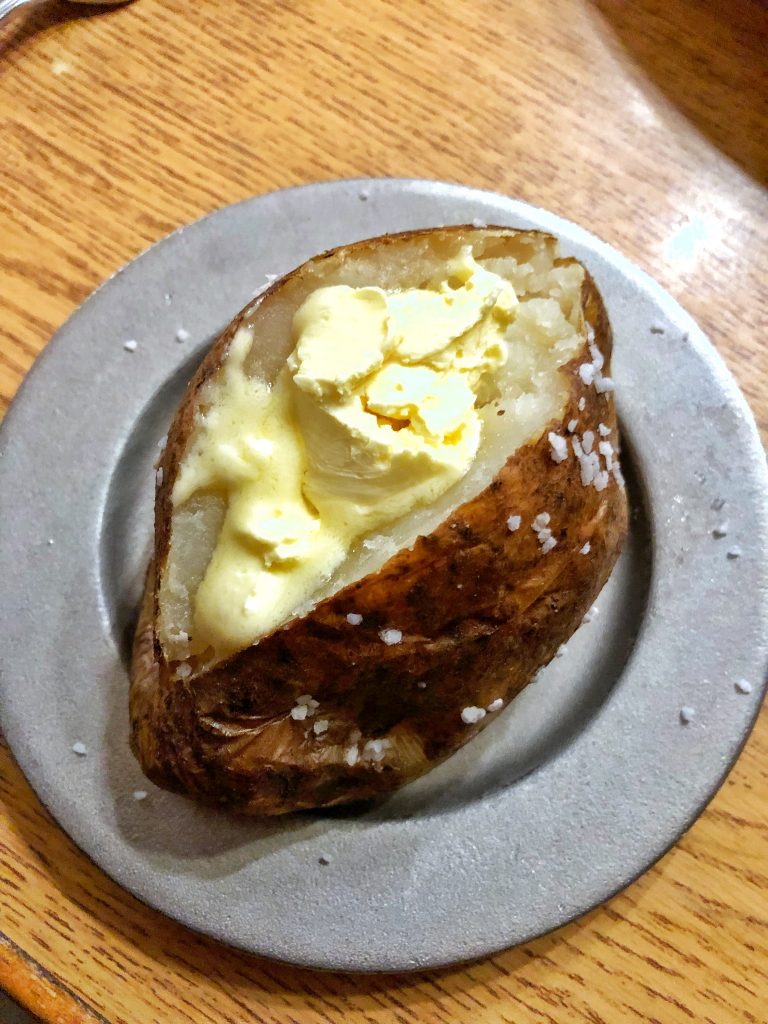 So…those are the three options that are self-service off the buffet. You’ll also find fresh fruit. While you’re munching on those, a chef will be in the back of the house making you your final two courses.

Your entree will consist of a CAMPFIRE SAMPLER TRAY. 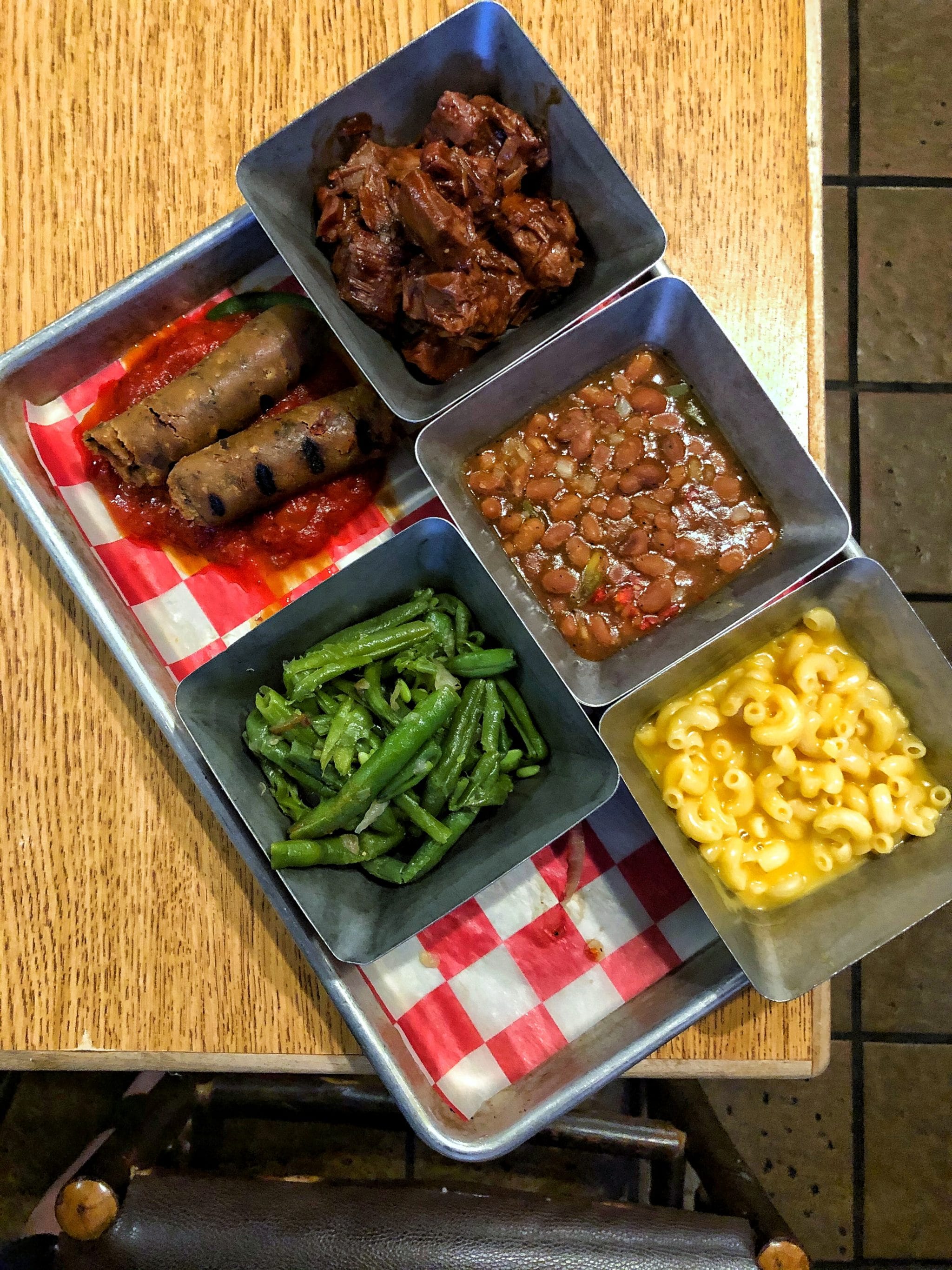 This tray is filled with vegan awesomeness including green beans, macaroni and cheese, baked beans, bbq jackfruit and sausage.

The green beans were cooked fresh and definitely weren’t from a can. They had the right amount of crunch without being soggy. 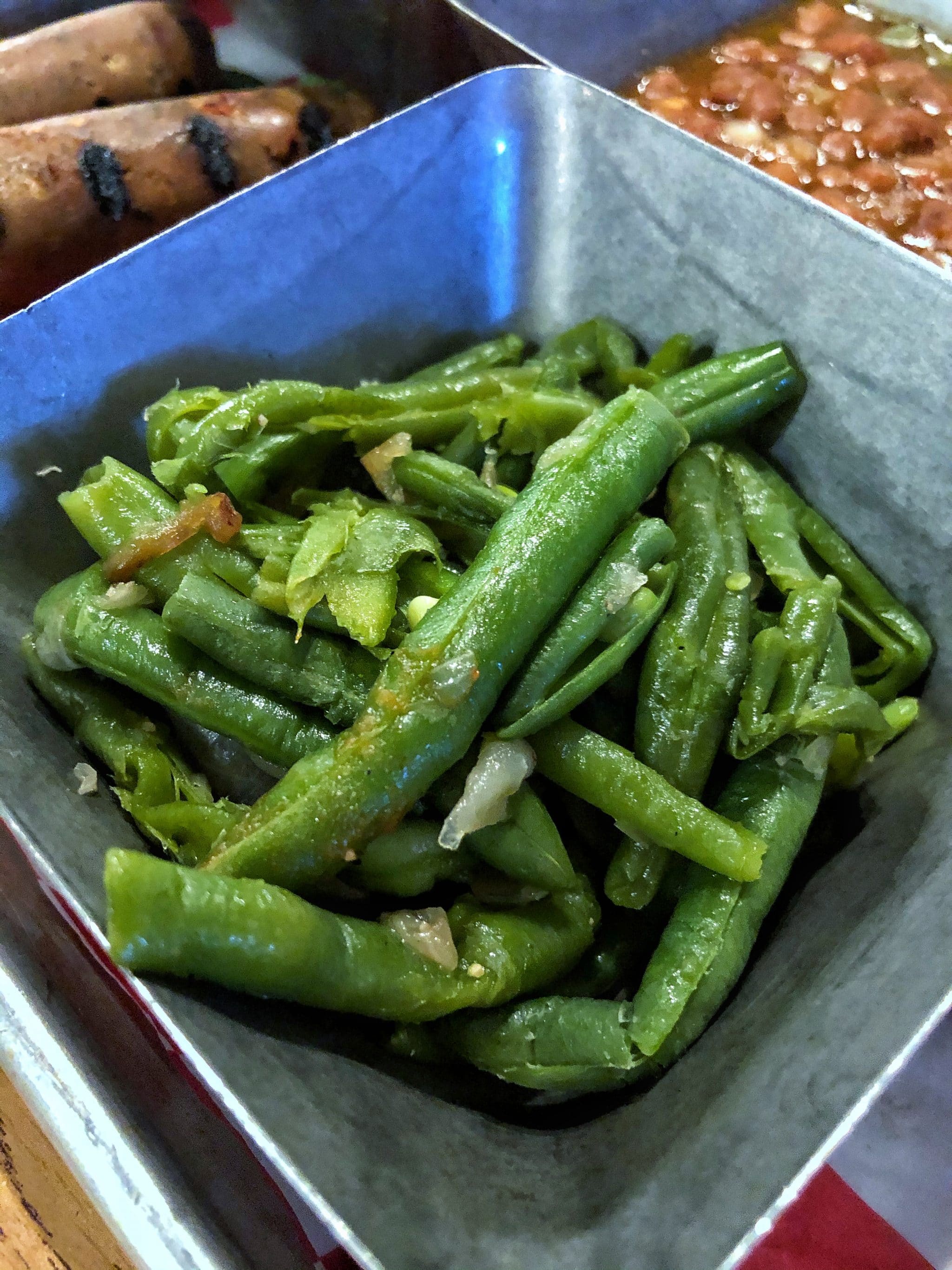 Let’s talk about this macaroni and cheese y’all. This is the very FIRST place on Walt Disney World property to serve vegan Mac n Cheese!!!

My initial reaction was man, this looks runny, but the flavor is there! 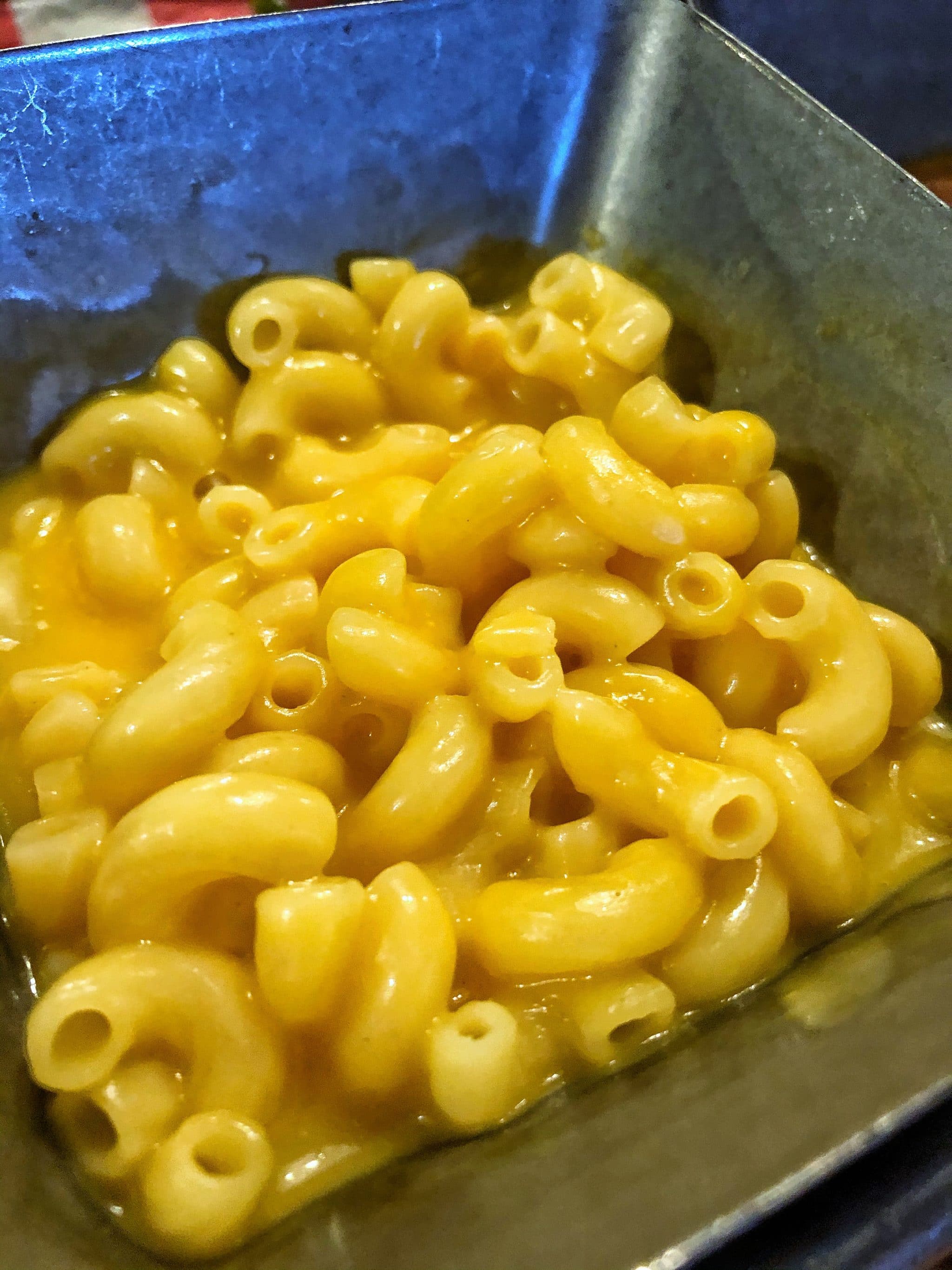 The baked beans were sweet with small bits of bell peppers throughout. 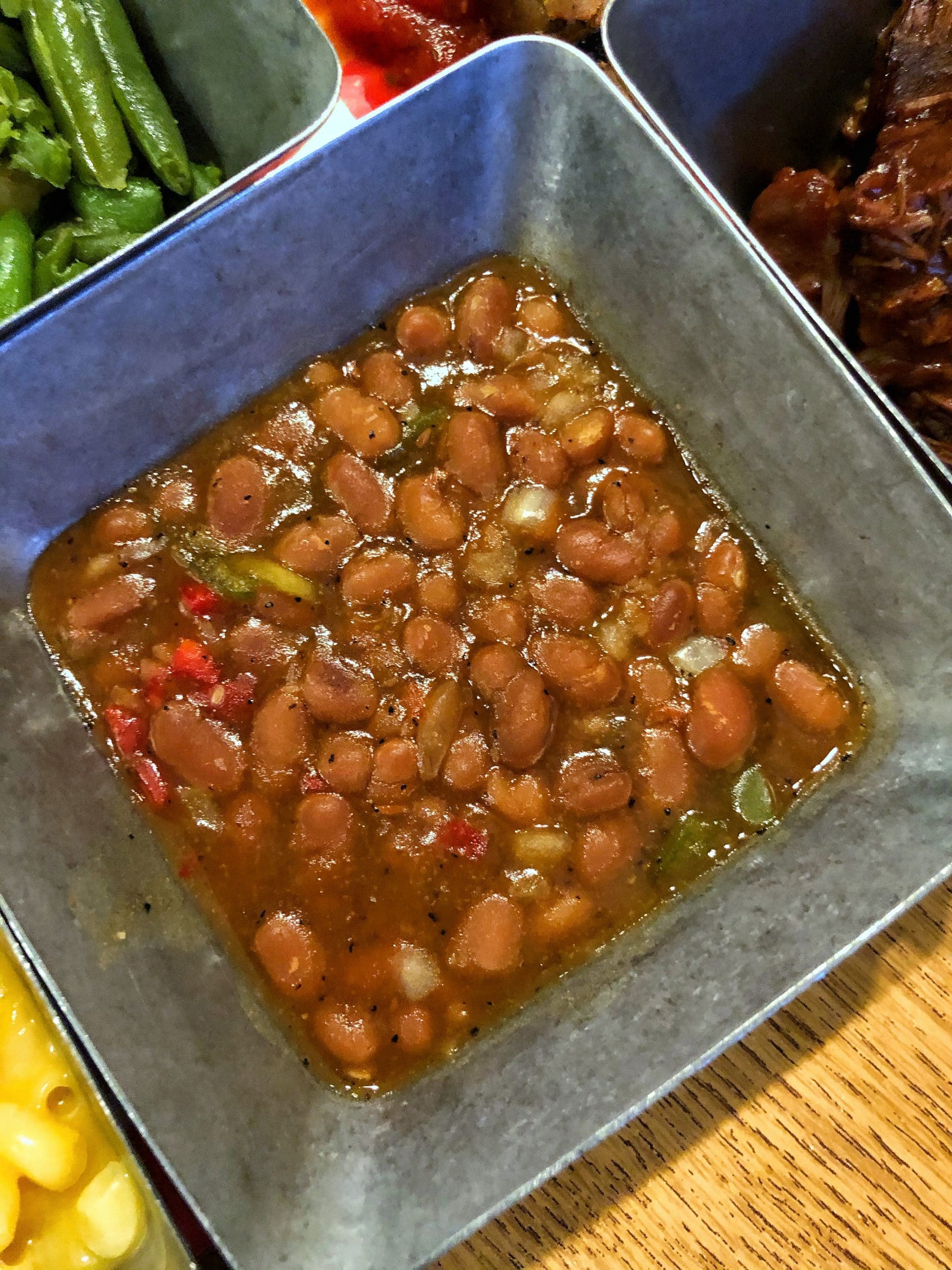 The bbq jackfruit was…well…jackfruit. Tasted like brine to me. Like it came straight out of a can, went for a dip in some barbecue sauce and landed on the plate. Not a fan. 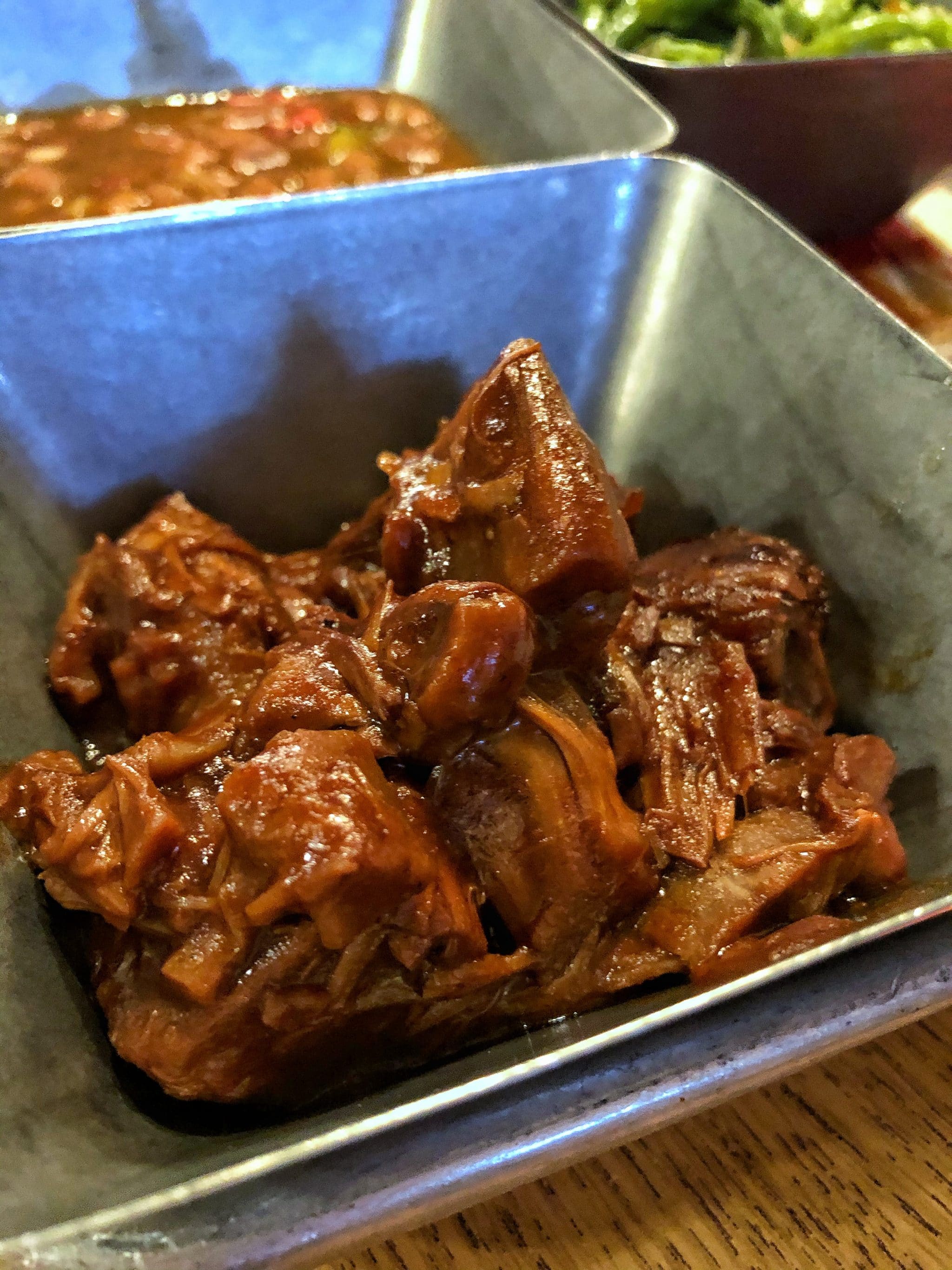 The vegan sausages were Field Roast Italian and were served on a bed of marinara. Yum! 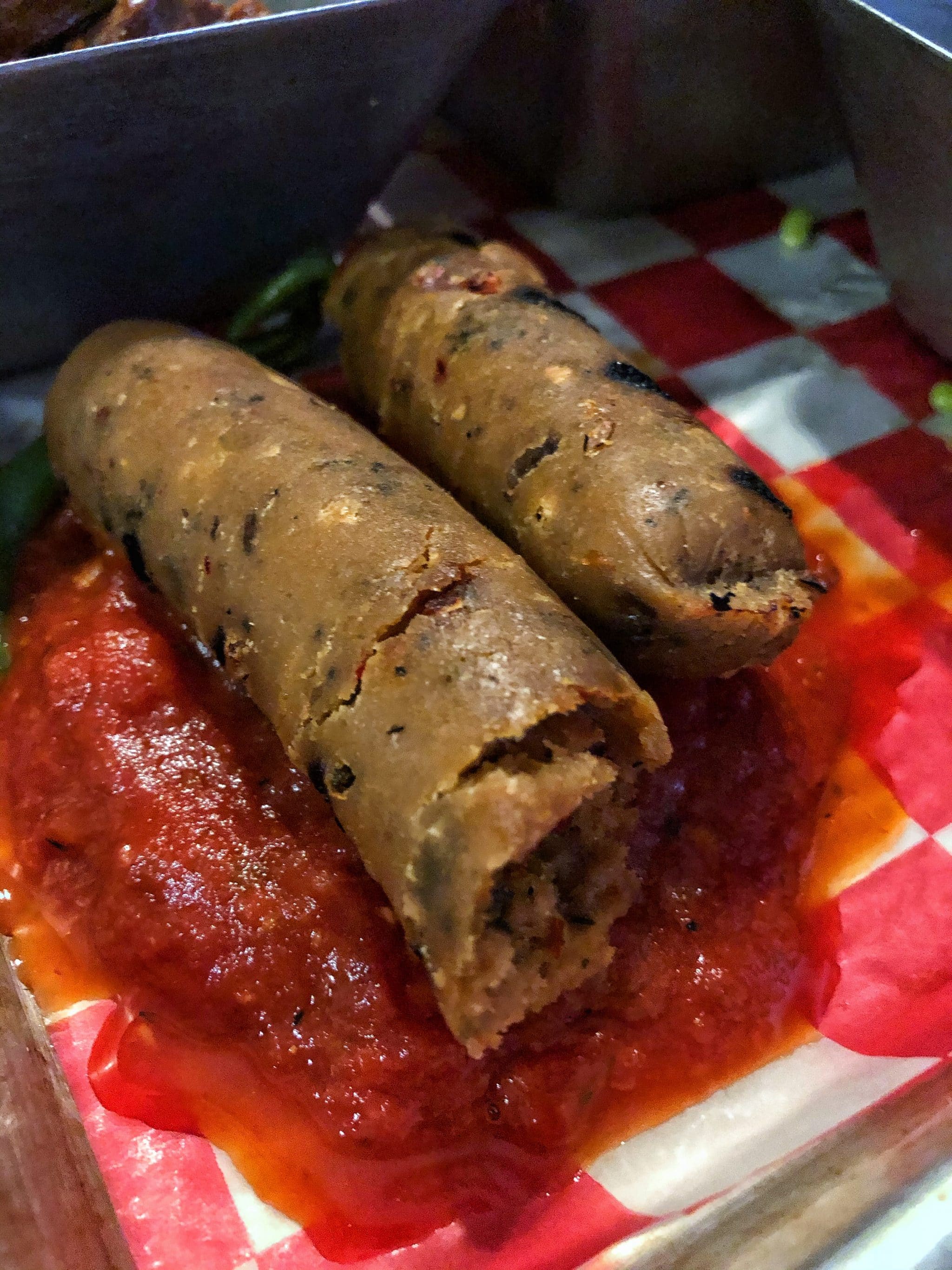 This is a lotta food you guys. 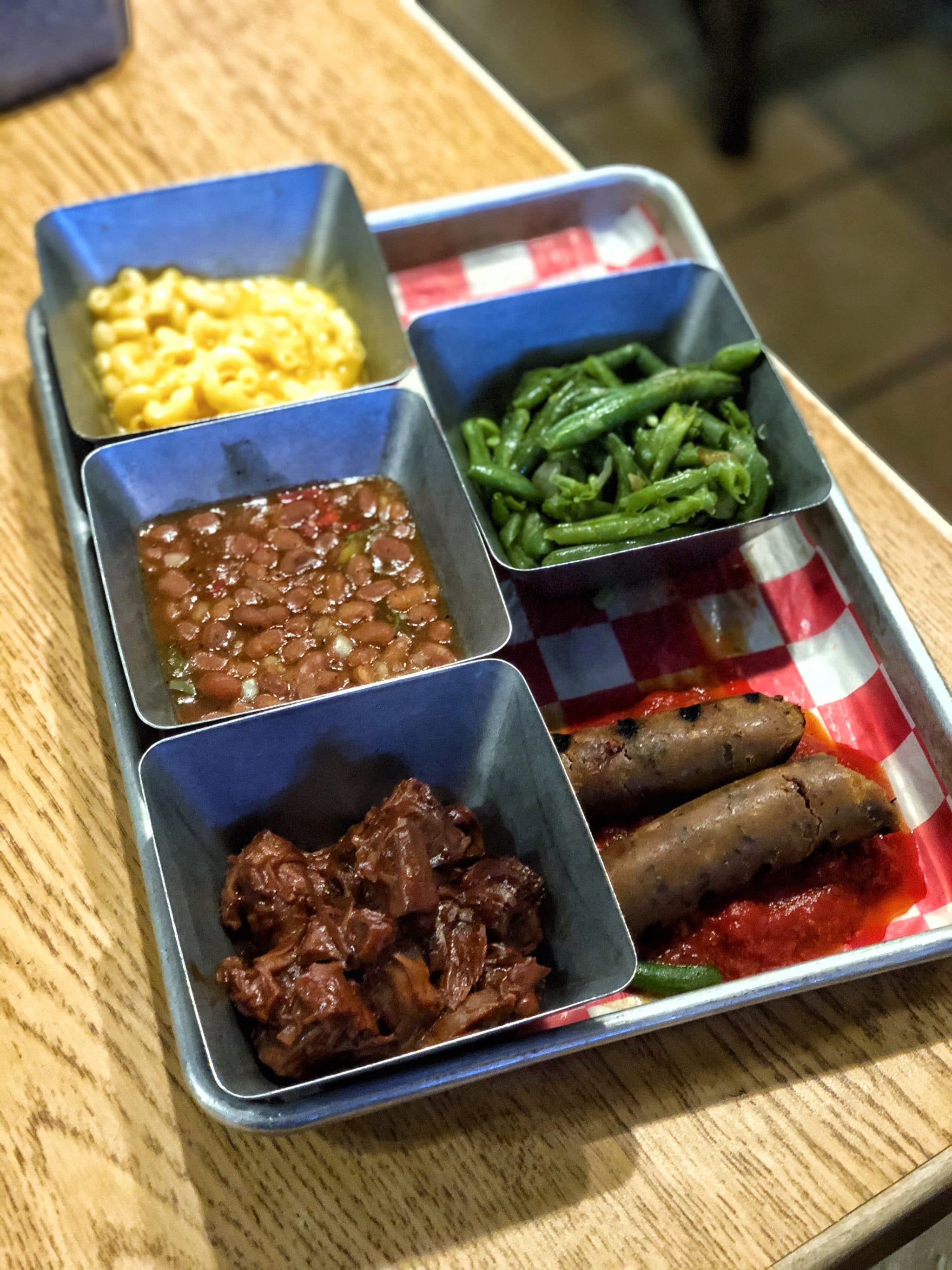 But we’re not done yet.

The final course of the evening is dessert.

Your sweet ending is vegan STRAWBERRY SHORTCAKE. You’ll find strawberry sundae topping mixed with fresh strawberries in the base of the dish with a dense shortcake on top.

The entire cake is covered in vegan whipped topping with a singe fresh strawberry as the crowning jewel. 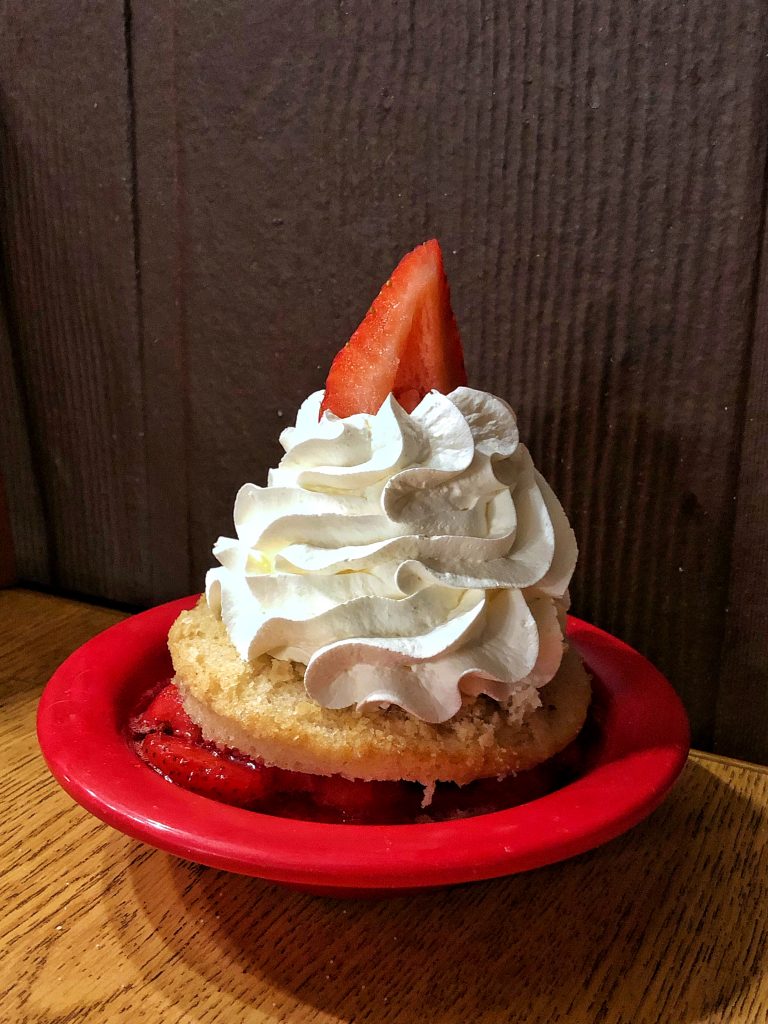 Was I disappointed that Chef TJ was no longer working his magic and Trail’s End? Yes. I will forever long for his vegan nachos with his house made coconut milk based nacho cheese sauce!

Was I disappointed with the meal I was served in its place? Absolutely not!

Would I go back again? In a heartbeat.

Want to see what a meal used to look like here when Chef TJ was working? Check out this post: Vegan Food Review: Trail’s End Restaurant at Disney’s Fort Wilderness Resort and Campground with Chef TJ

Wondering what the chef is up to now? See what’s he’s serving guests over at Cape May Cafe in Disney’s Beach Club Resort by visiting this post: What’s Vegan at Disney’s Cape May Cafe with Chef TJ at the Beach Club? 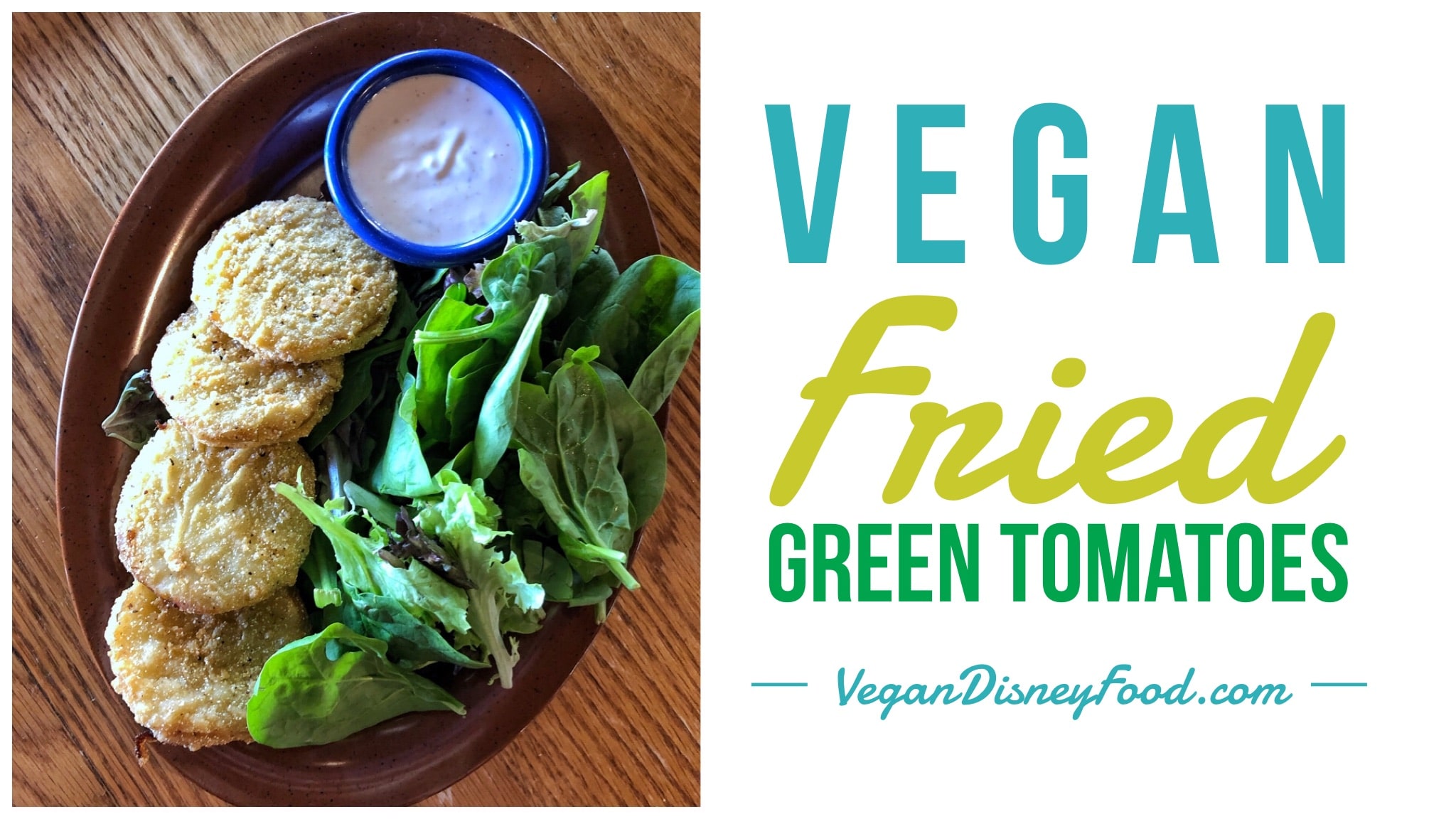 WANT TO REMEMBER THIS OPTION? Save the “Vegan at Trail’s End at Disney’s Ft Wilderness Resort {Without Chef TJ}” pin to your favorite Pinterest board. 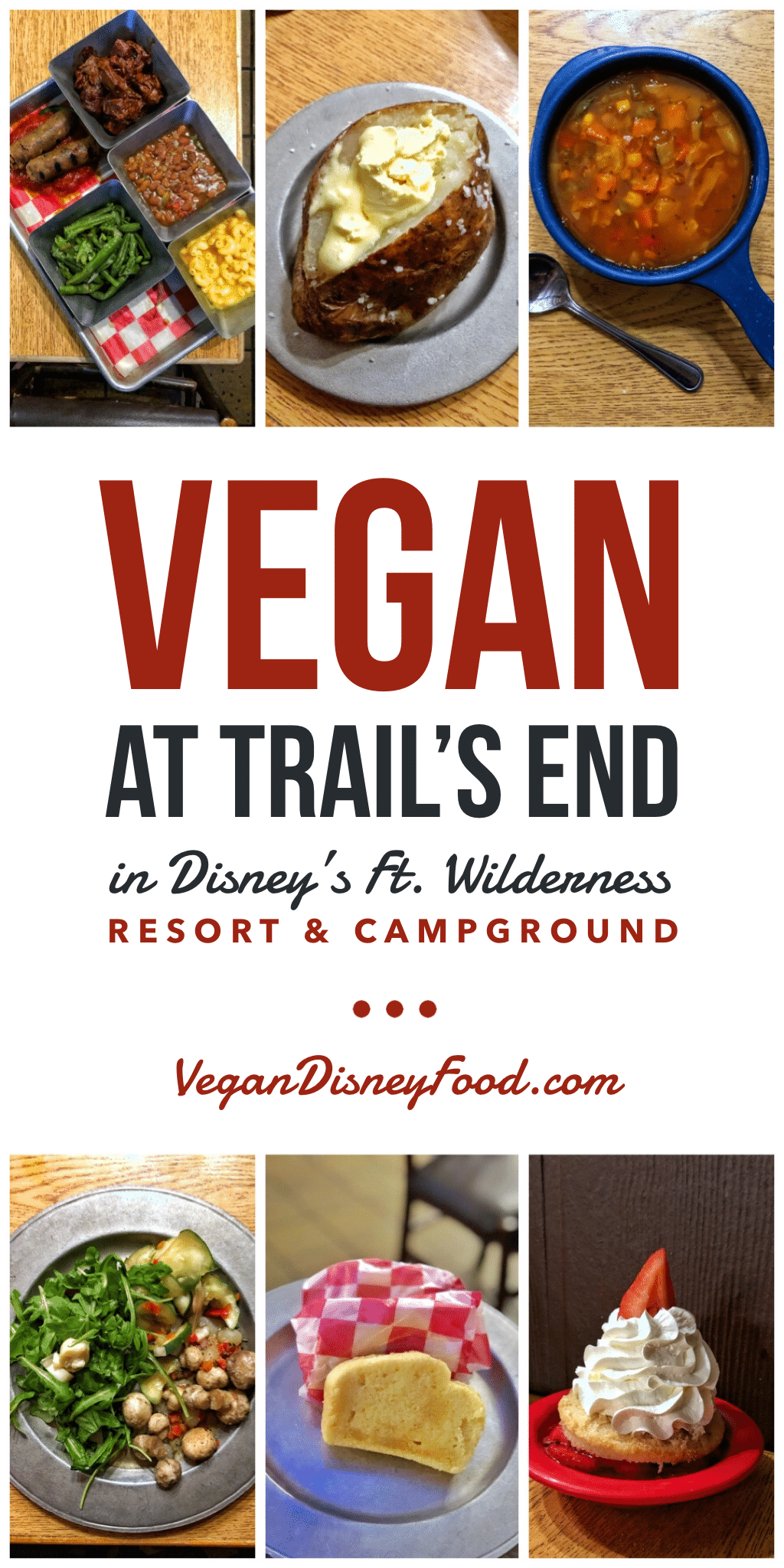