Our recent visit to Skipper Canteen (Jungle Navigation Co. LTD Skipper Canteen that is) in Magic Kingdom allowed us to try not one but TWO new dishes – the Carrot Ginger seasonal Lost and Found Soup AND the modified vegan Dan Dan Noodles! The Dan Dan Noodles replaces the beloved Perkins Thai Noodles, which came standard with tofu (but could also be modified for meat-eaters) and were wonderful. All things must come to an end, however, and we were given a modified option with the new Dan Dan Noodles.

For those unfamiliar with Dan Dan noodles, they are typically spicy and made with ground pork 🙁 and lo mein-style noodles. At Skipper Canteen, the menu item is: Skipper Dan’s Dan Dan Noodles – Thin Noodles tossed in a savory Spicy Chili Sauce topped with Crispy Pork, Pickled Mustard Greens, Radish, and Cucumbers. 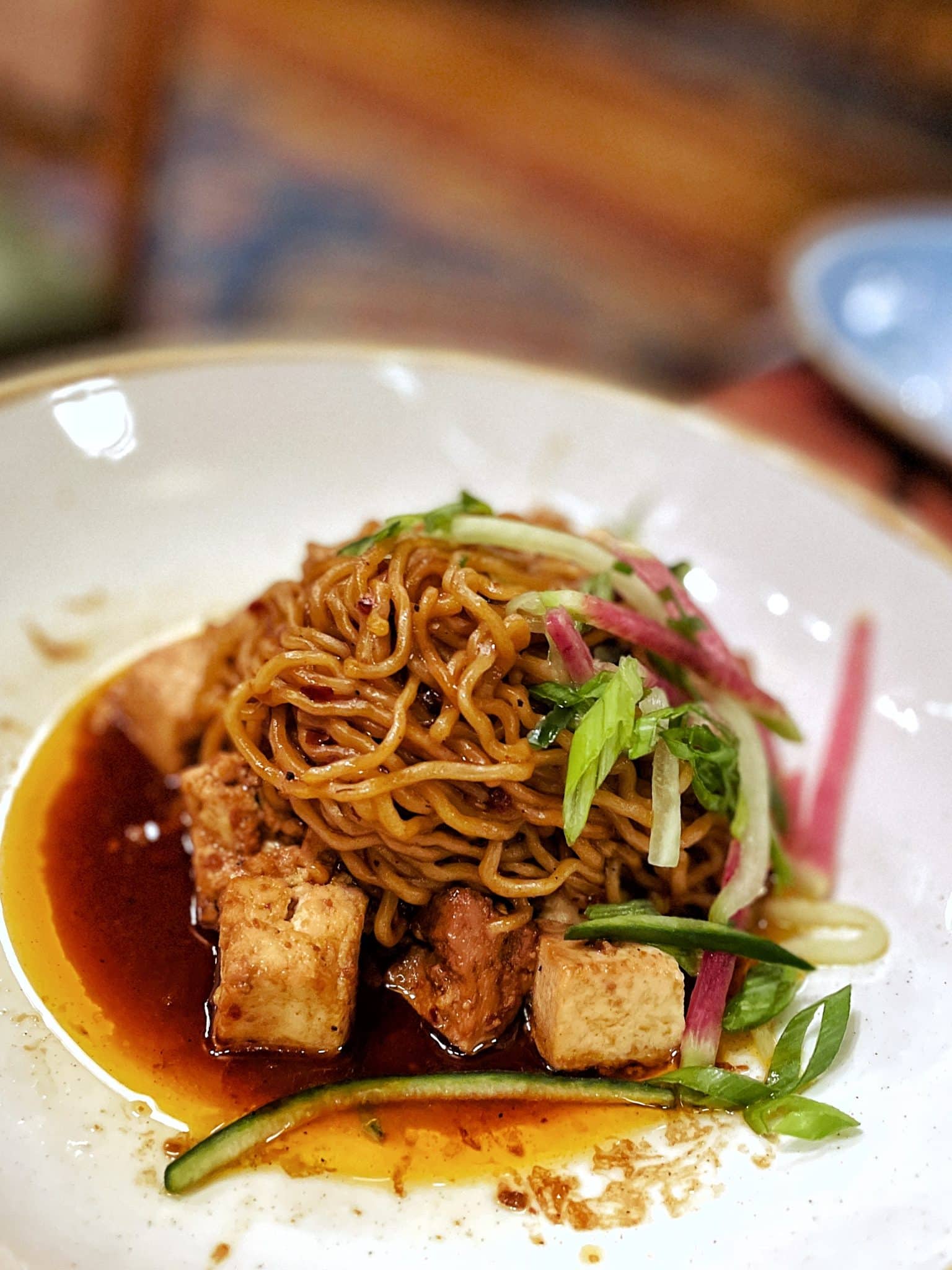 The noodles are egg-free as confirmed by a chef and noted in the allergy menu. They do however contain gluten, so gluten-free friends will have to avoid this one. Request them vegan with your server (or speak to a chef if you have concerns) and they will replace the pork with soft tofu. This is different from the crispy tofu served with the other vegan item, the Stu’s Crew Stew (called Curried Vegetable Crew Stew on the menu). 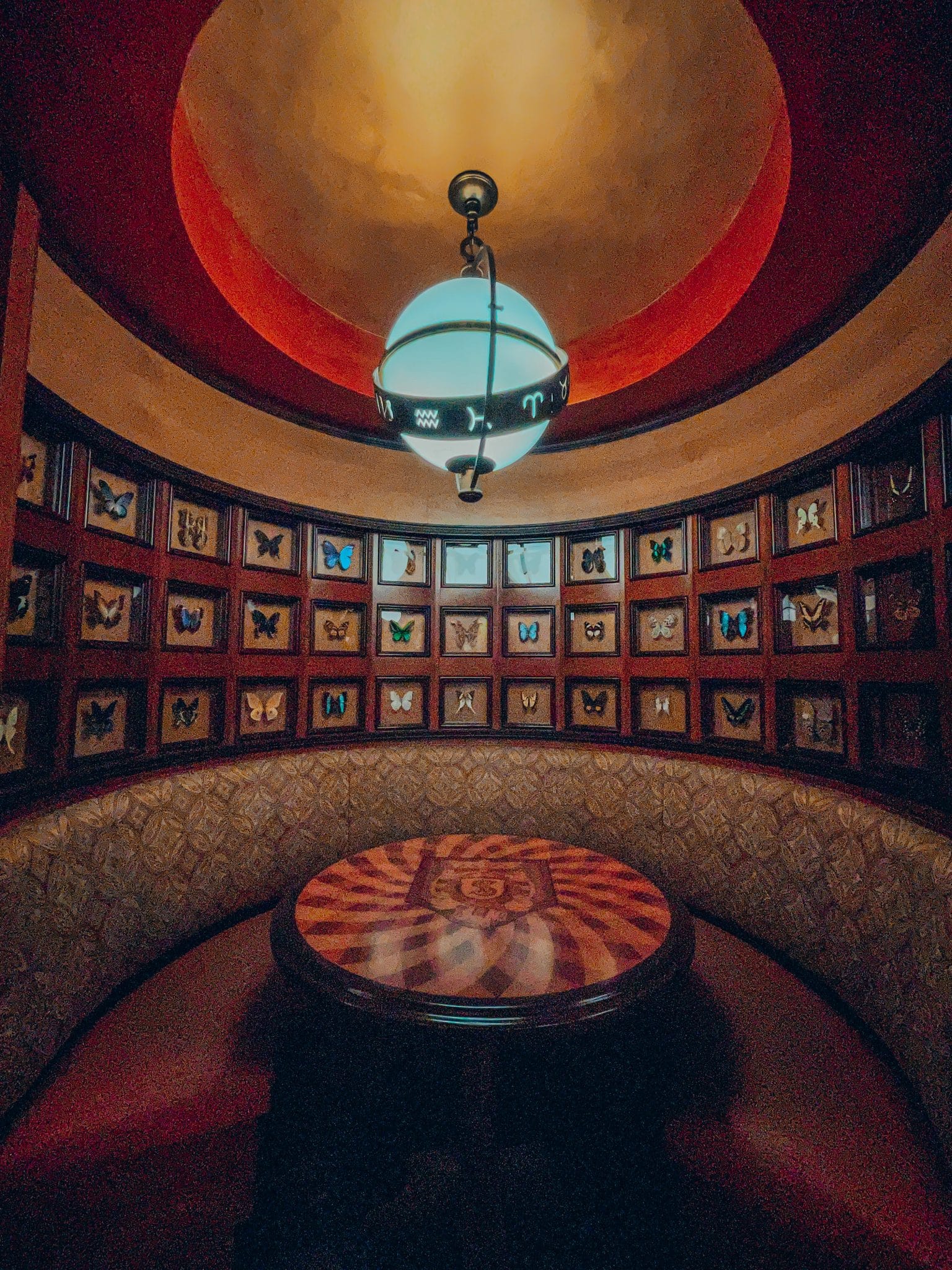 This dish is as delicious as it is beautiful. But be warned, it IS spicy!! That’s chili oil you see at the bottom there and there are red pepper flakes in there as well. If you like spice though, this is the dish for you. The Dan Dan Noodles really are a fun new modified vegan option. 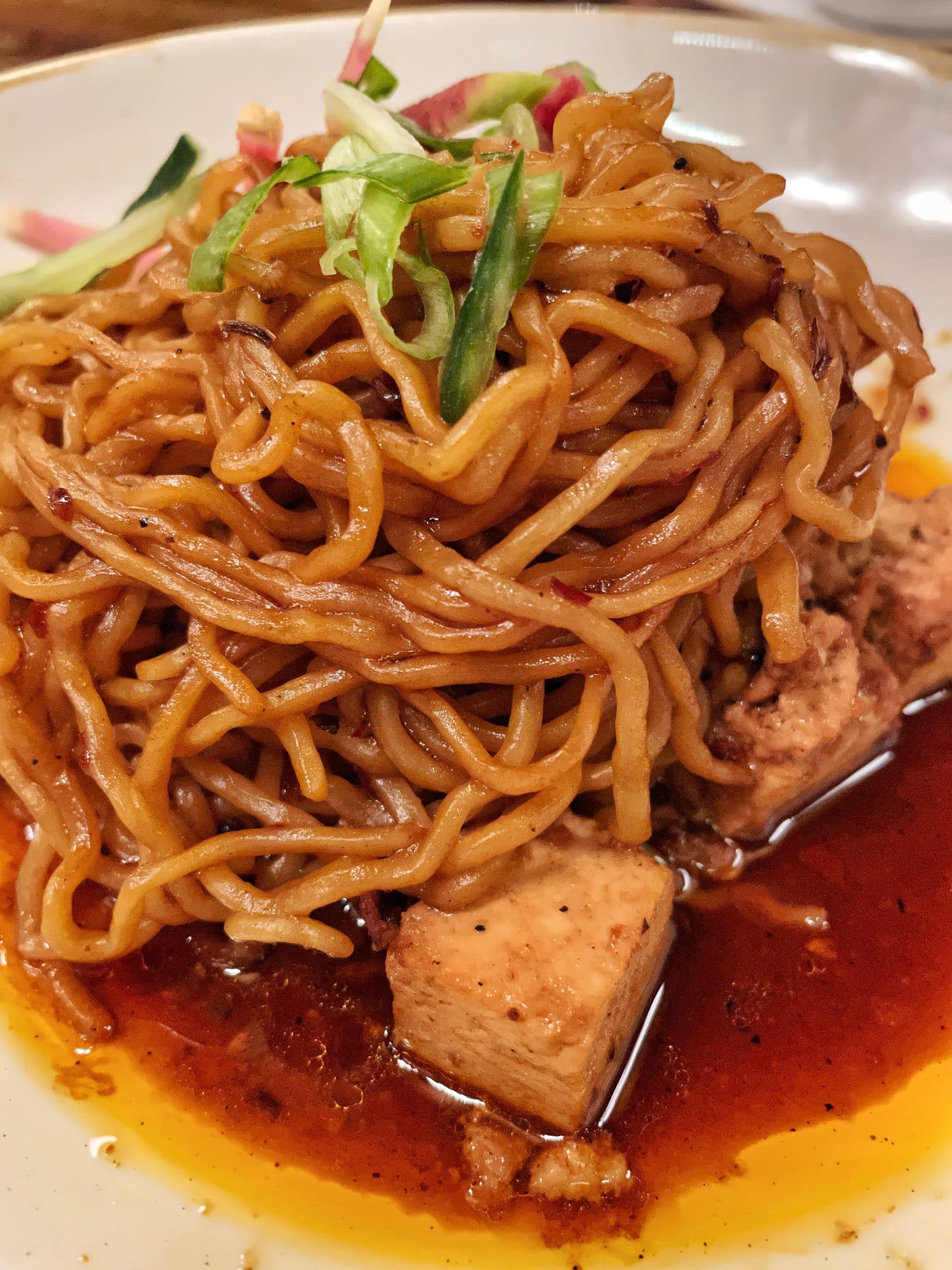 If you can’t stand the heat of the Dan Dan Noodles, you still have a solid option in the vegan as-is Curried Vegetable Stew Crew. We love this option too and it’s a mild red curry with coconut jasmine rice and pineapple crispy tofu along with a fun paratha bread. 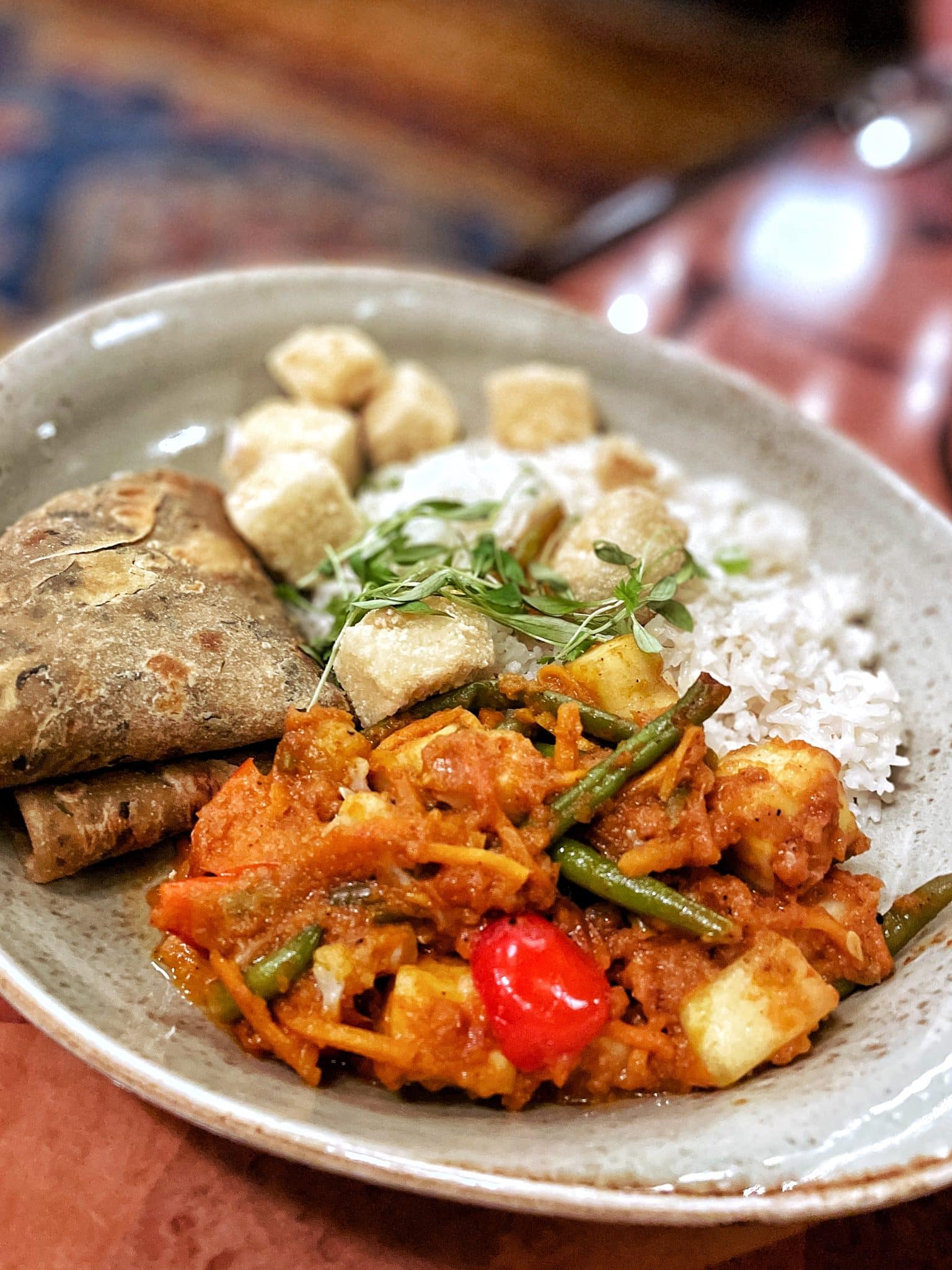 We’ve got a few other reviews for vegan Skipper Canteen options including the updated Lost and Found Carrot Ginger Soup and a full Skipper Canteen review of all the past and present vegan items.

Have you been to Skipper Canteen and tried the new modified vegan Dan Dan Noodles? Let us know what you think!