Someone recently told me that Walt Disney World was changing various menus every two weeks, (which may or may not be true) and while that doesn’t always mean vegan items for us, we have gotten some new options – including these, now available at Disney’s Port Orleans Resort Riverside. Below we’ll share the news and update this post as we get over to try these and review ourselves.

First up, at the Scat Cat Club located right in the lobby of Disney’s Port Orleans Resort – French Quarter. This is the spot where you can special order your vegan (and gluten-free) beignets. Now you’ll have a savory option to enjoy, and I must say, it sounds pretty delectable! Starting today Scat Cat’s Club – Lounge will be introducing a plant-based offering – The Sassy Sassagoula Sliders. This trio features BBQ jackfruit with slaw and fried pickles, fried green tomatoes with giardiniera and pepper jelly, and lastly a “fish” cake with spicy rémoulade and arugula. Now Disney has not had much luck in the jackfruit department with a few exceptions (Regal Eagle and the Coffee BBQ jackfruit on top of the Beyond sausage served during the EPCOT Festival of the Arts) but I’m willing to give it a try – the photo does make it look good. The other two sliders sound amazing and I can’t wait to check them out. 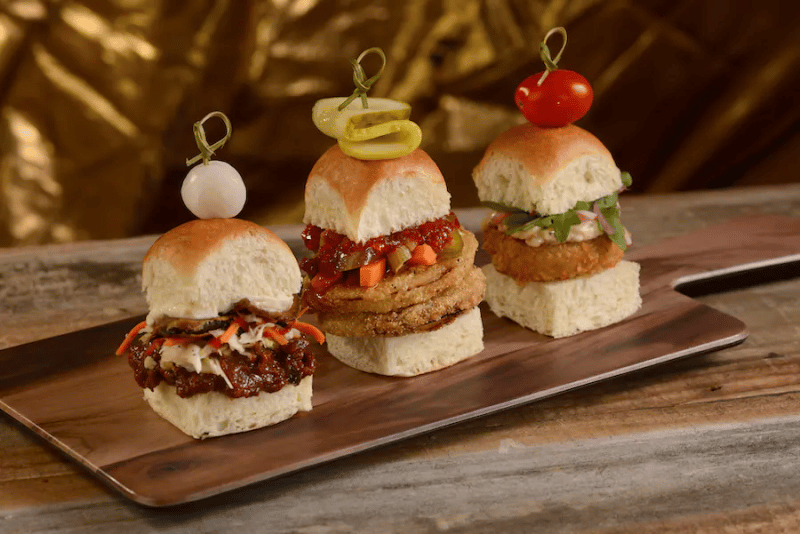 Meanwhile, over at Disney’s Port Orleans Resort – Riverside you’ll find a new option at the River Roost Lounge. Beginning today, they will be offering a new plant-based dish – Spinach and Artichoke Dip, a creamy dip served with Cajun-dusted cornbread crostini. Now the cornbread normally served at Boatwrights next door is not plant-based, but I’m assuming they’ll have figured that out if the dip is plant-based. We’ll find out for sure when we visit! The recently added vegan spinach artichoke dip at Sci-Fi Dine-In Theater at Disney’s Hollywood Studios is delicious, so hopefully this is a similar recipe. 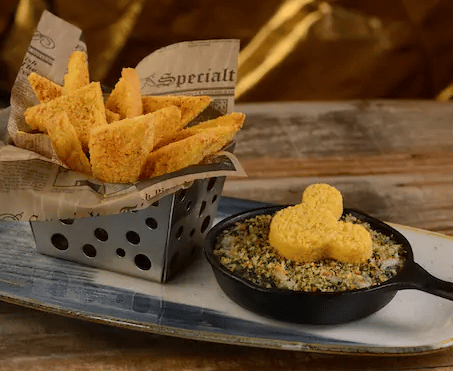 Next up, at Boatwright’s For those who want a plant-based offering, try the Harvest Red Beans and Rice. This dish features red beans simmered with plant-based sausage, peppers, onions, and celery served over rice along with cornbread. The plant-based Peach-Blackberry Cobbler, a classic peach and blackberry cobbler topped with blackberry sorbet. Now we are not sure if this will be replacing the “Harvest Jambalaya” which was the plant-based version of their famous jambalaya. After visiting opening night, we can confirm that the vegan version of the jambalaya is available upon request, so that’s good to have that option. The Harvest Red Beans and Rice was a delicious addition for me though. I really loved the flavors, it was hearty, and the rice and cornbread are a great complements. We’ll have a full Boatwright’s Dining Hall review up later today! 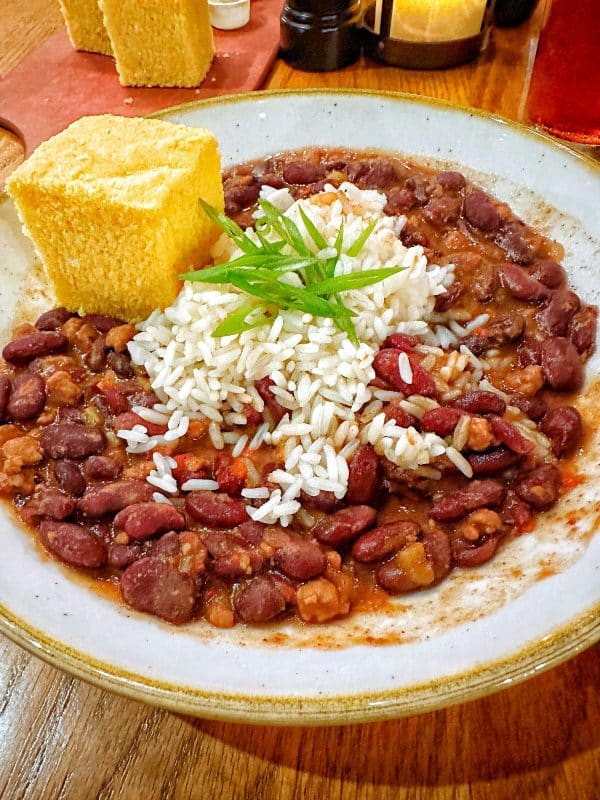 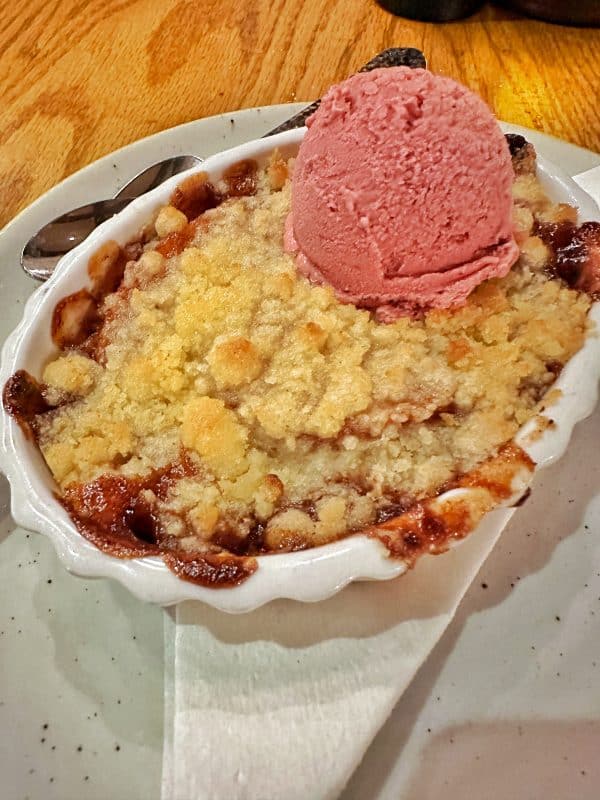 The cobbler is a real winner. It was sweet, full of delicious peaches and the perfect crumble topping. The blackberry sorbet was a nice addition, but didn’t blow me away as it was a little icy. If they could get the recipe for the coconut ice cream served with the Apple Rose at Citricos, this would be over the top amazing.

Let us know which of these items you are most excited to try! Those crostini look pretty amazing to me!