Vegans and folks with food allergies alike have come to know and love Chef “TJ” Tjetjep, who has been with the company for over 25  years. Many of you may remember the incredible creations (an 8-course vegan meal) that Chef TJ would share when he was over at Trail’s End. Beyond just letting guests eat what they could from the buffet, Chef TJ would serve vegan samosas, nachos with house-made “cheese,” watermelon and tomatoes (presented under a mason jar with a cloud of smoke!). Depending on the night, he’d add a house-made soup or other delicacies. 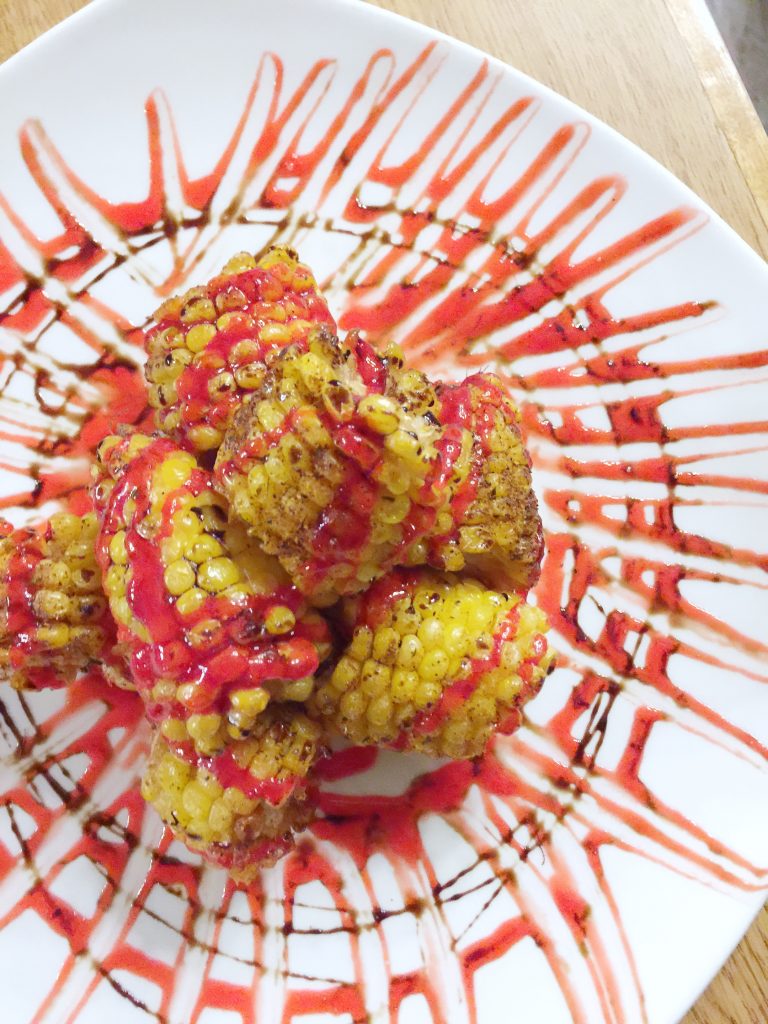 The 8 courses would be concluded with a tower of fruits, vegan baked goods, ice cream, and cotton candy, which he would come over and drizzle with chocolate sauce in person. This presentation would cause heads to turn across the restaurant and people would ask “what is THAT dessert?!” 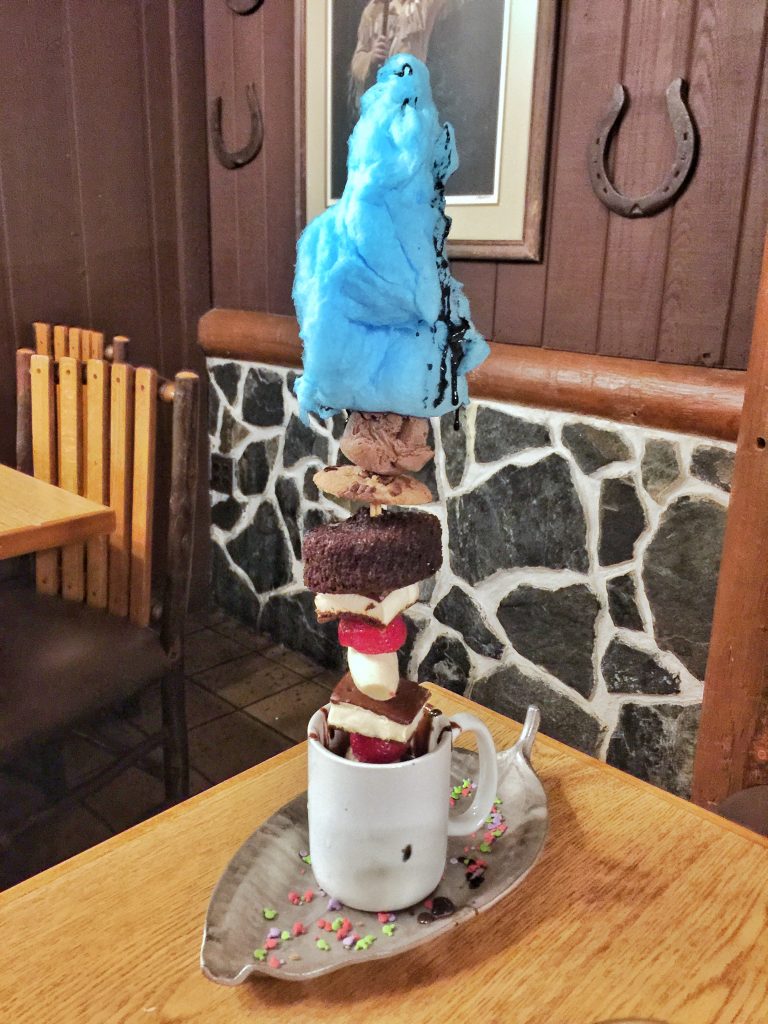 Chef TJ then transferred to Cape May Café over in Disney’s Beach Club Resort in the middle of 2019. You can read about his vegan Cape May Café creations in this post. Since the pandemic hit, Cape May Cafe has been closed and as of today still has not reopened. With Chef Mickey’s recent reopening, we may see buffets come back again at Walt Disney World, but as of now, Cape May is still out of commission. However, that does not mean Chef TJ is! 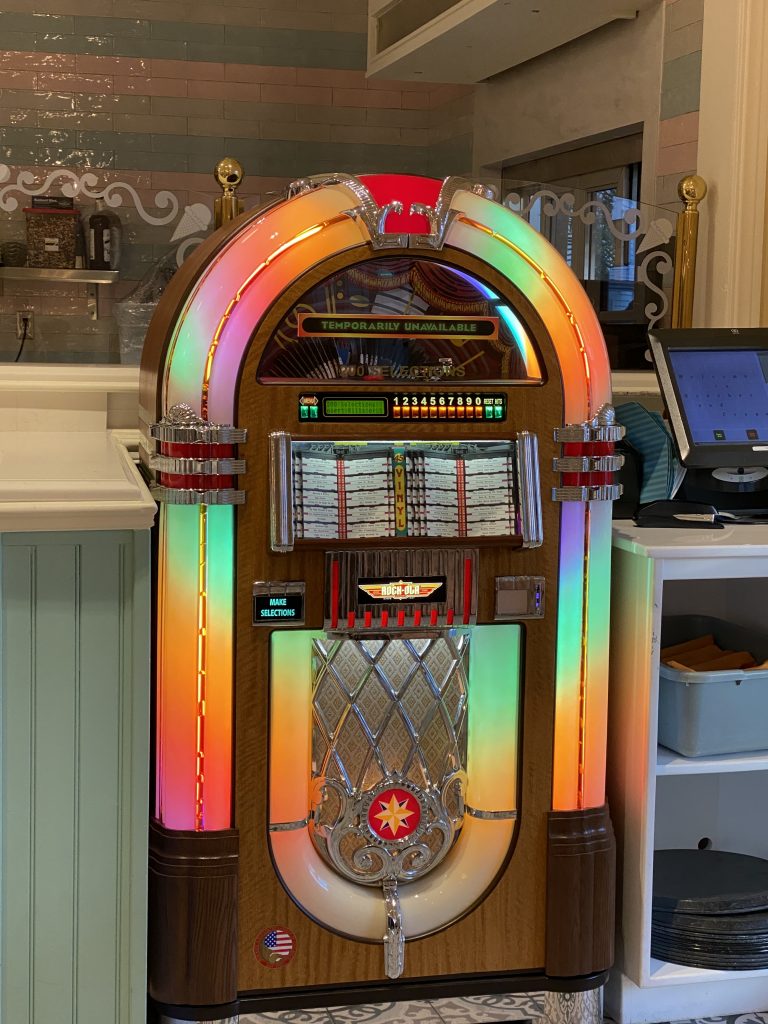 We recently took a family visit to Beaches & Cream Soda Shop, no special reason, just a fun change of pace from dinner at home. When we arrived, it turned out the kitchen was out of the vegan chili used on the vegan chili tots appetizer. Chef TJ appeared to give us the news and ask if we were okay with him making us a BBQ version of the tots. We were very excited to see him and of course agreed. 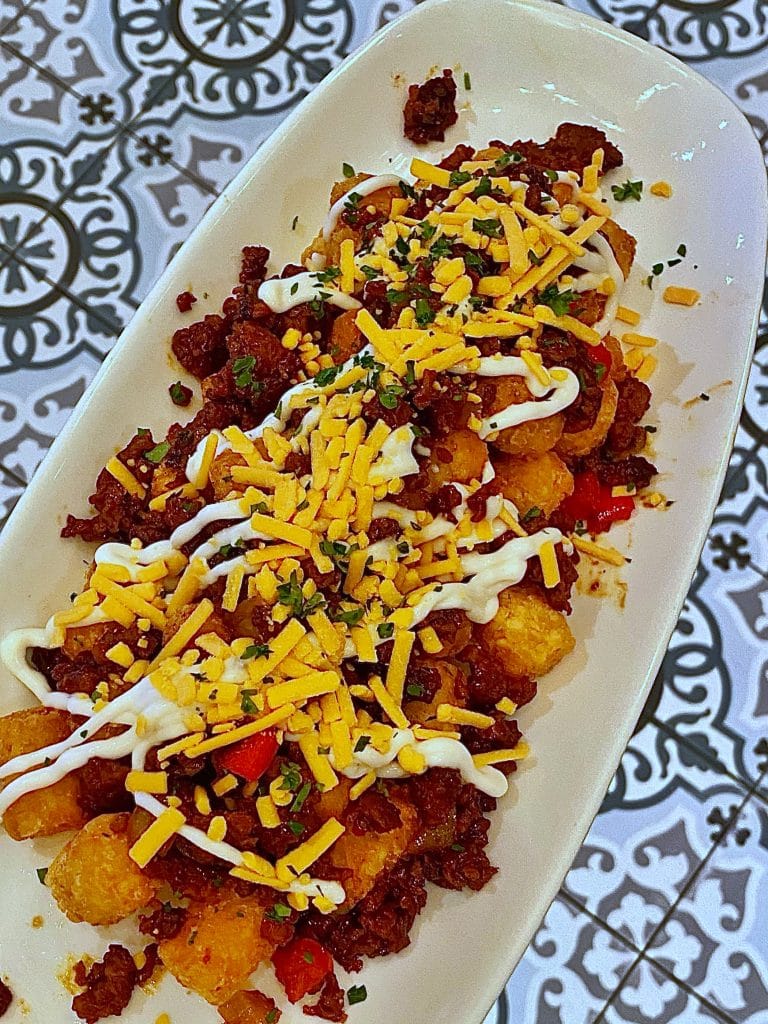 He brought us out what looked very similar to the vegan chili tots, but with a fun BBQ twist on the flavor. They were delicious. Of course Chef TJ didn’t stop there, and confirmed we had two vegans at the table, and then brought us each out a little Caesar salad with his homemade dressing, and some sweet and sour drizzled grilled corn on the cob. 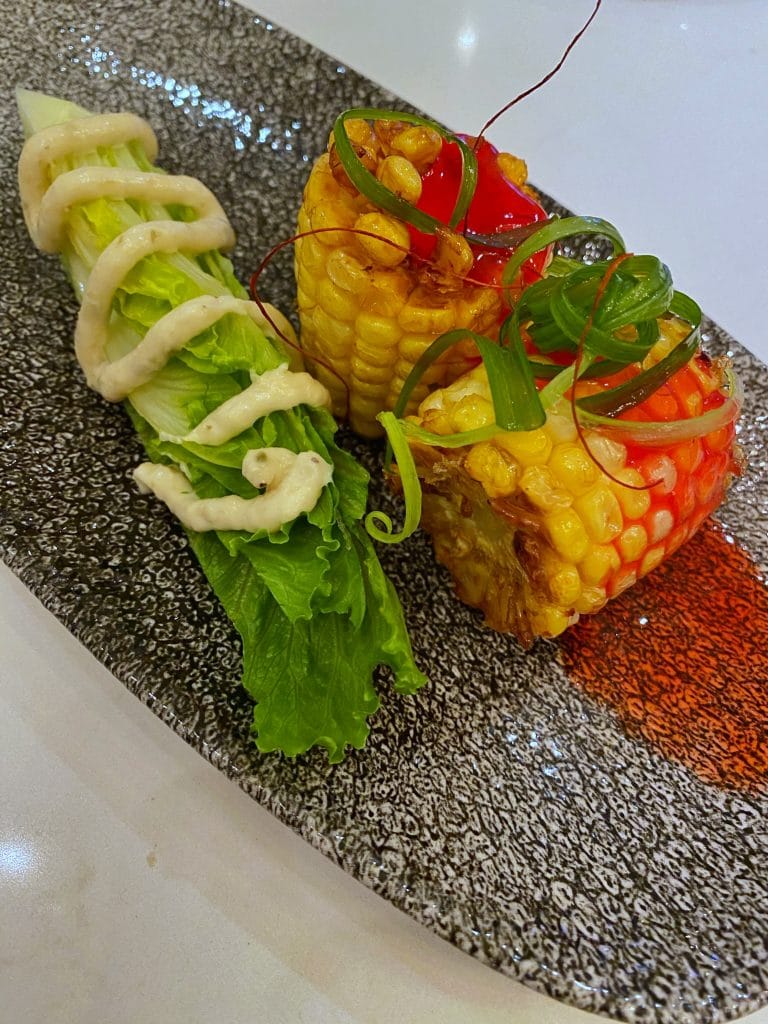 A fellow vegan recently went to Beaches and Cream and got the Chef TJ experience. She let us share her salad/hummus/olive trio that she was served:

She also was served an amazing Teriyaki entree with vegan sausages, vegetables and rice as a gluten-free option:

Thank you to Karen for showing us other possibilities that Chef TJ might create!

We then enjoyed the Impossible burger Beaches & Cream has become known for, with caramelized balsamic onion jam and herb mayo. 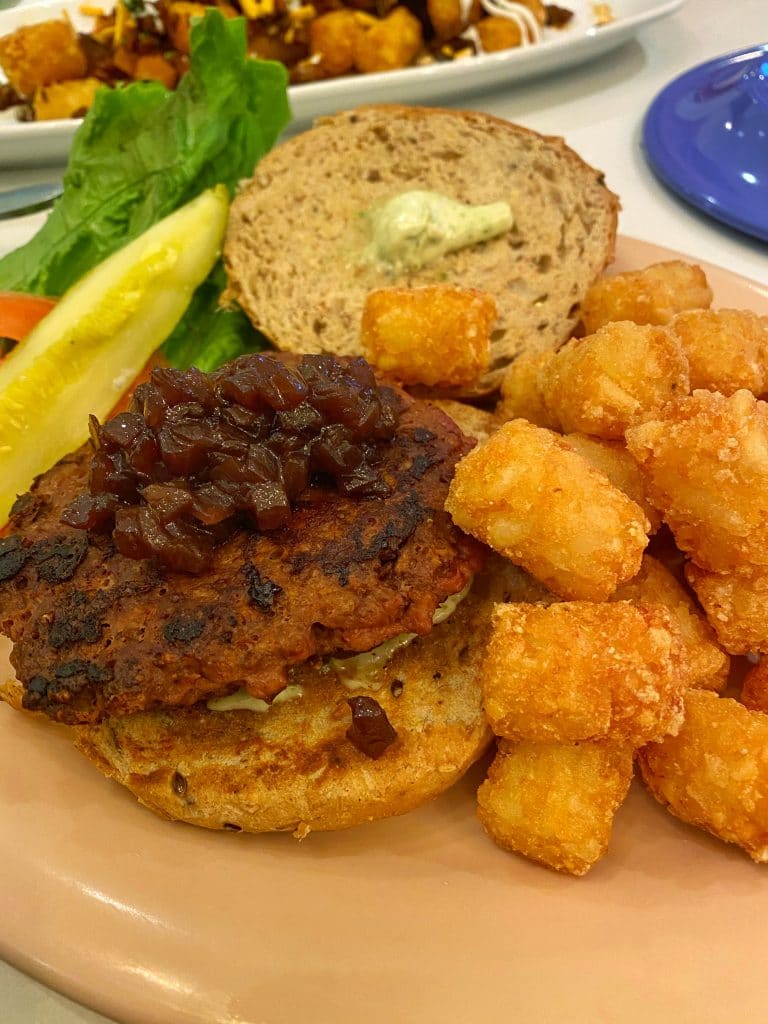 Lastly, Chef TJ came back to confirm we wanted dessert, and then appeared with two of his famous towers of vegan ice cream, brownie bites, and fruit. He then proceeded to drizzle chocolate sauce on each tower, much to the entertainment of the rest of the Beaches & Cream guests. 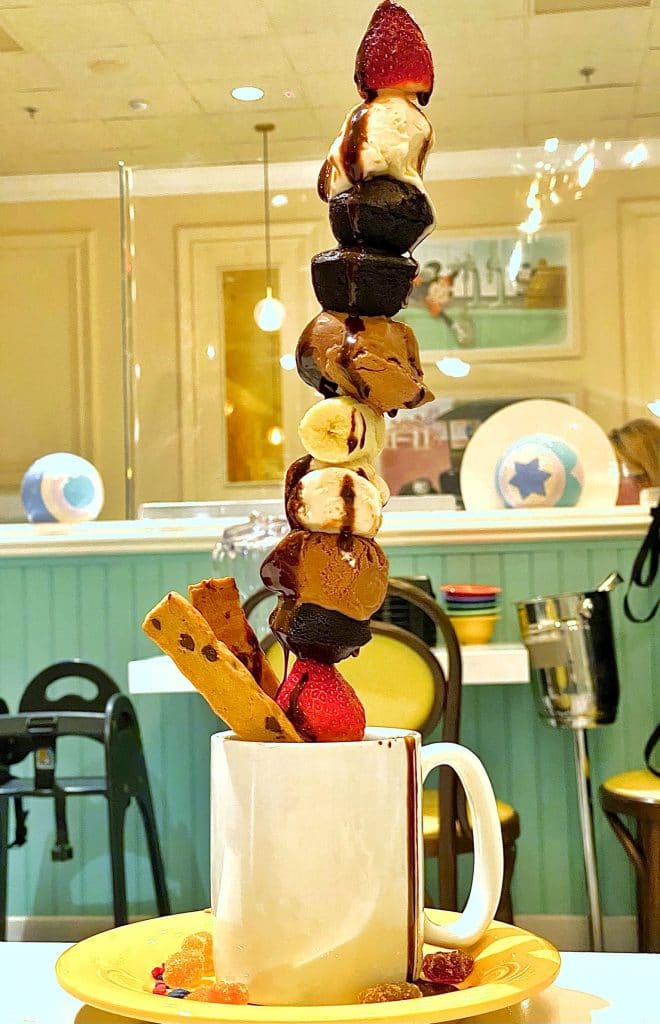 It is still sometimes a chore to explain what you can and cannot eat and get eye-rolls in response. Having a chef like Chef TJ on our side is a godsend. Chef not only knows exactly what we can eat, but goes the extra mile and create amazing culinary delights. Chef TJ is priceless!

Have you ever experienced Chef TJ’s talents? Let us know your favorite moments or meals in the comments below!

WANT TO REMEMBER THIS OPTION? Save the “ Vegan Options at Beaches & Cream Soda Shop at the Beach Club Resort” pin to your favorite Pinterest board. 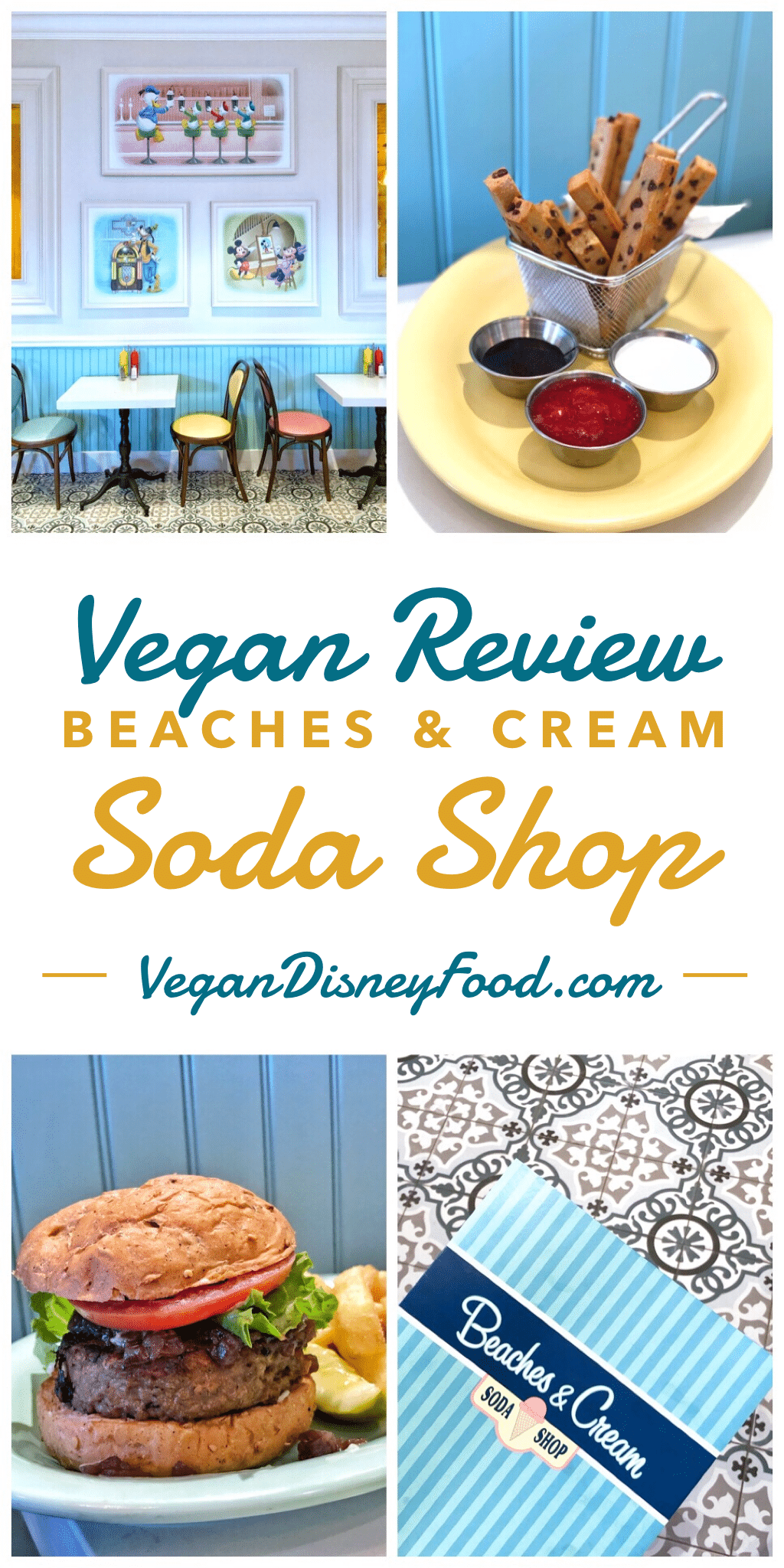